Yep, that’s right. My life lately involves vomit.
So let’s get to it!
Last Monday was a pretty mild day. The girls and I took a walk around the neighborhood, made a bunch of snowballs to throw at the house, and then I sat in the driveway for at least half an hour while they played with the snow. It was awesome! 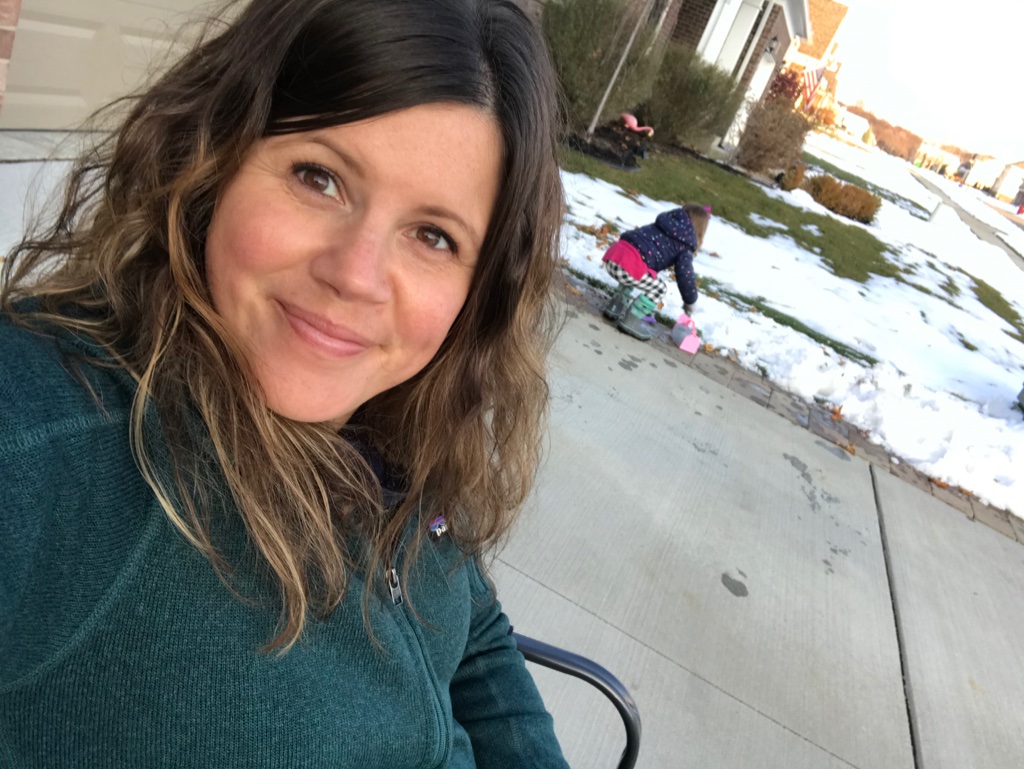 Tuesday morning we headed downriver to visit my parents for the day. I didn’t get the memo about it being plaid day. 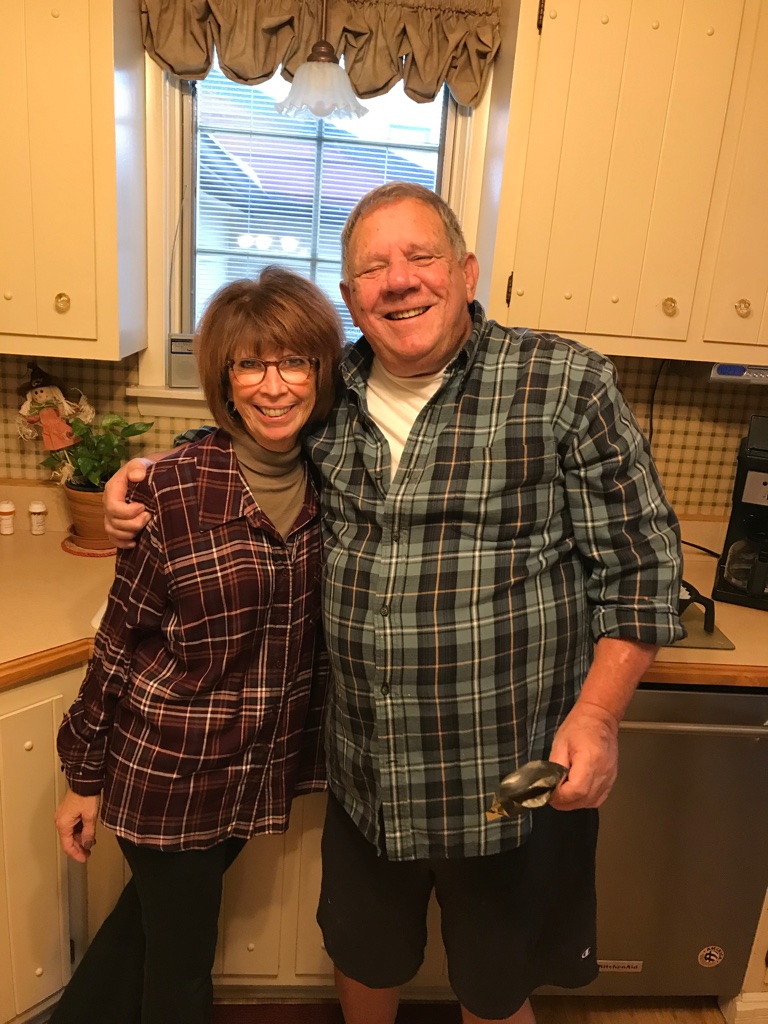 The girls had a great time playing with Oma and Papa all day. We left a little before 4pm to head home, and when we were about 15 minutes away from home Emily randomly projectile vomited TWICE in the car! No warning, no time in between for me to do anything about it. I pulled over as soon as I could to check things out, and it was a war zone in the backseat! There was vomit all over the back of my seat, all over the car door, and a ton of it all over Emily and her Kindle. It was horrifying, but she handled it surprisingly well (and so did Lucy!). I used the blankets/towels that I have in my car to wipe her face off a bit and then covered up her soiled coat/clothes. She fell asleep right away, but then woke up when we got home and has been totally fine ever since.
I spent about an hour and a half taking apart/washing Emmy’s car seat, and I’m proud to say there doesn’t seem to be any lingering smell. 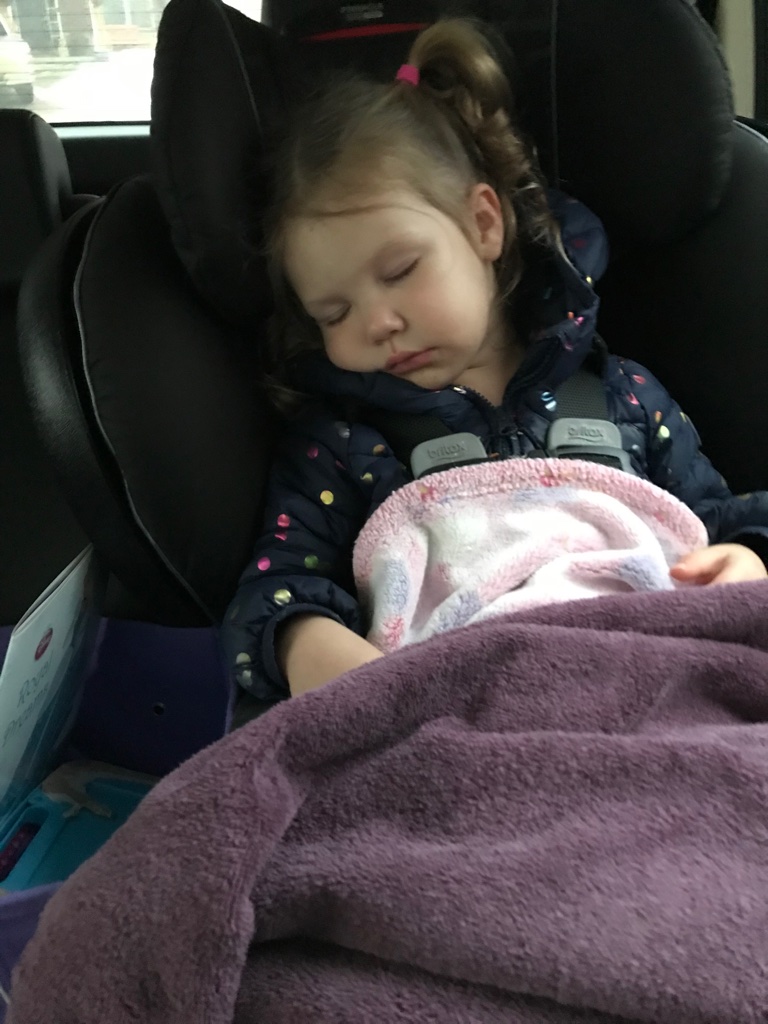 Lucy was pretending to be a circus performer and was so cute! 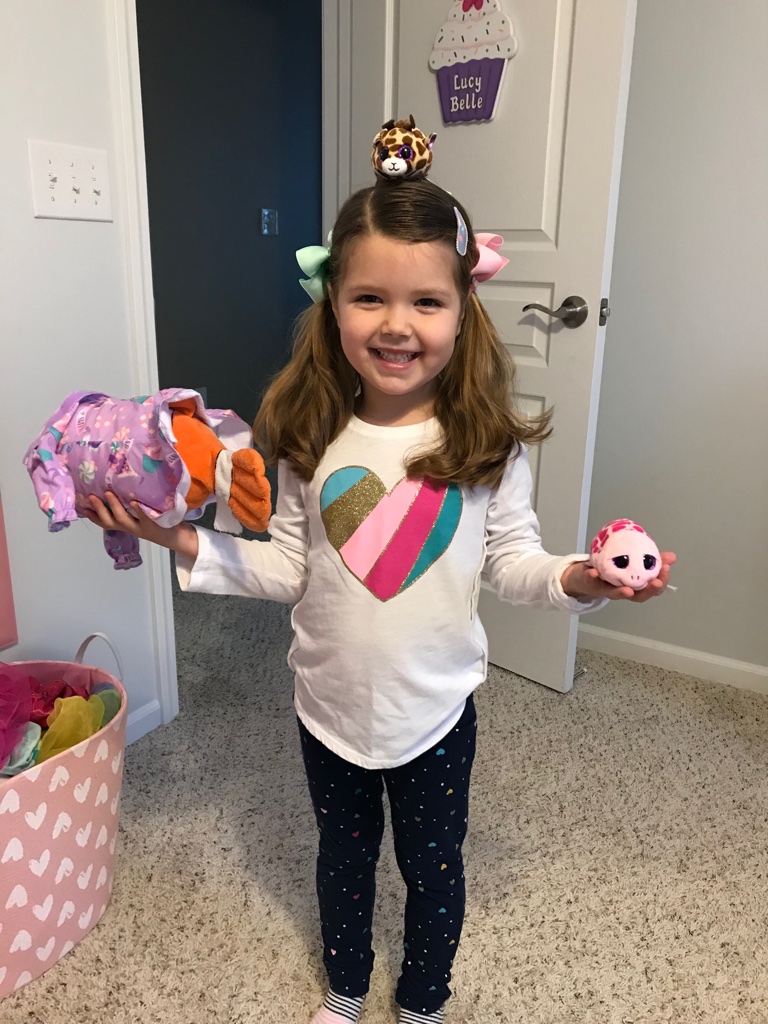 And then she had to put her animals down for a nap under her bed before she could leave for school. 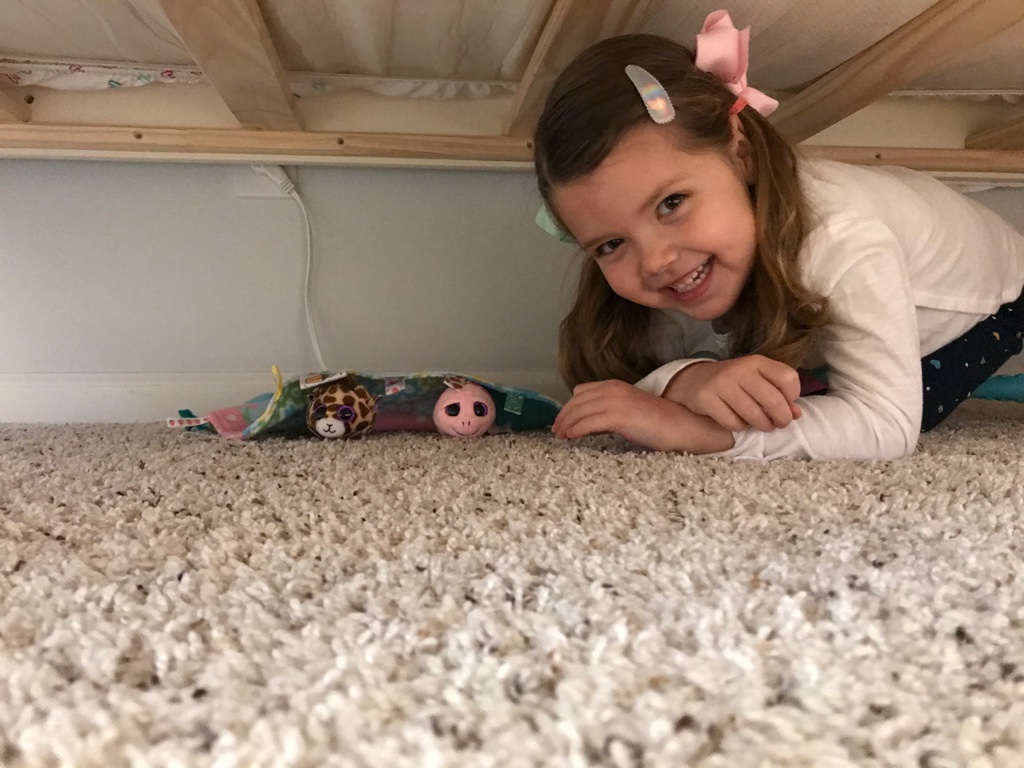 Emily’s car seat was still pulled apart and drying, so she sat in Lucy’s car seat and Lu got to feel like a big girl and sit in this backless booster for the five minute ride to school. She’s nowhere near ready for just the little booster seat on a regular basis, but it was so awesome for her to be able to climb in and do her own seatbelt! 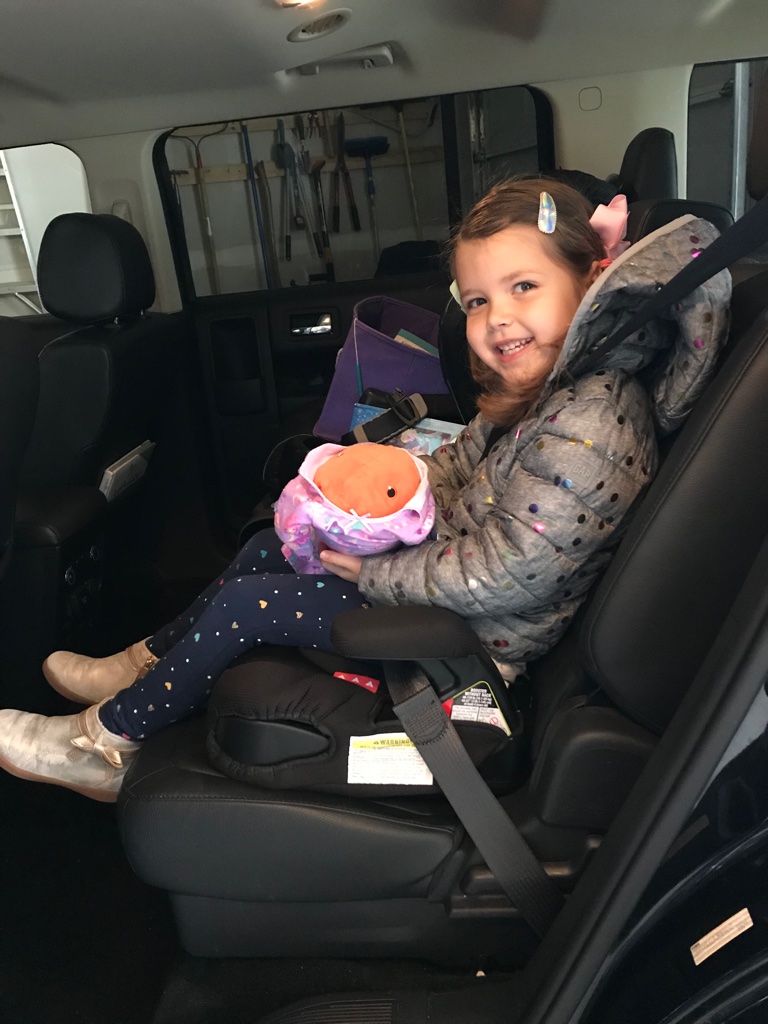 Matt was gone for work Wednesday and Thursday. We spent all day after school on Wednesday finishing up our indoor Christmas decorations. It takes a little longer with my cute little “helpers.” 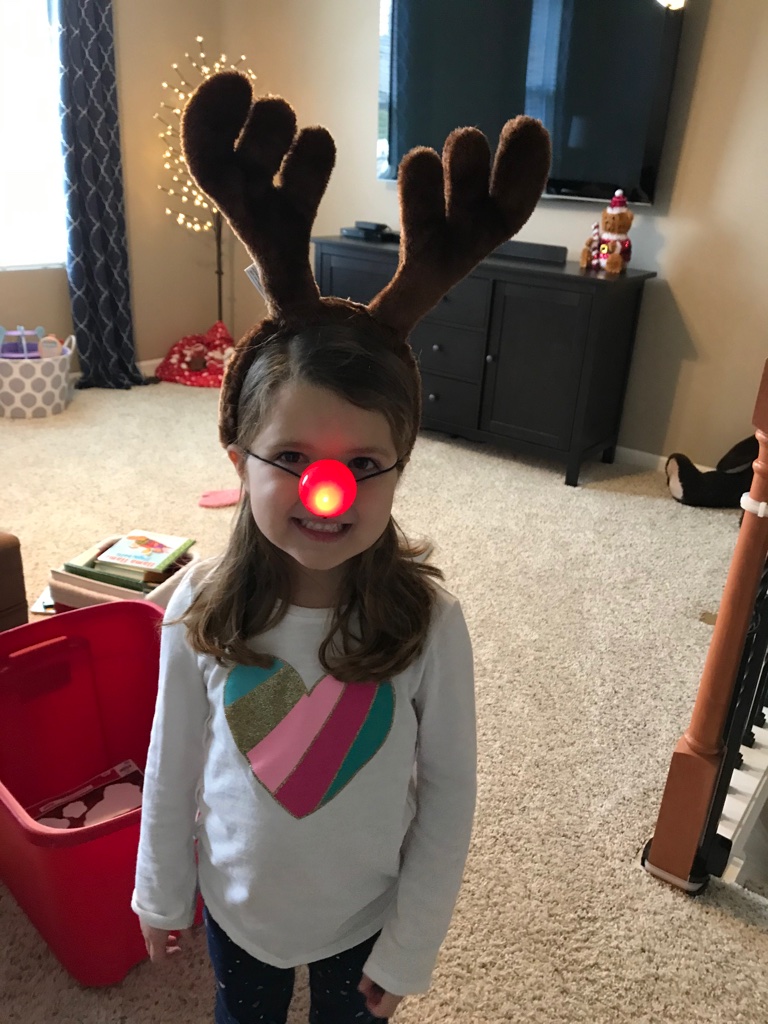 The girls played with Grandma Rita at the library on Thursday while I got my haircut. Emmy was super interested in the fish tank. 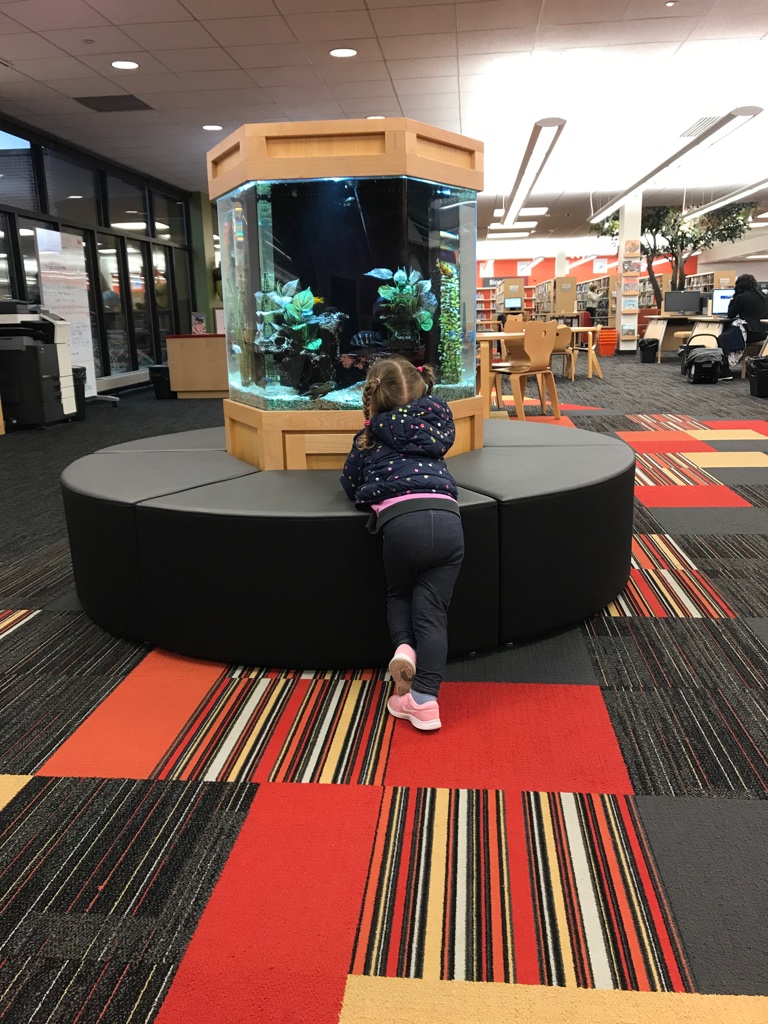 The short version of this picture is that the UPS man rang my bell at like 6:30 on Thursday evening when Matty was traveling but I for some reason decided to still make an involved dinner. Lucy was whining from the kitchen about eating said dinner, I was cleaning Emily’s pee off the bathroom floor, and a 100% nude Emmy walked down the stairs right in front of the delivery guy to tell me she needed help with the soap in her bathroom. He was kind enough to stack the boxes inside for me and said he hoped one of them contained wine!
Oh, and I placed a bunch of orders all in one day and now my Christmas shopping is almost done! 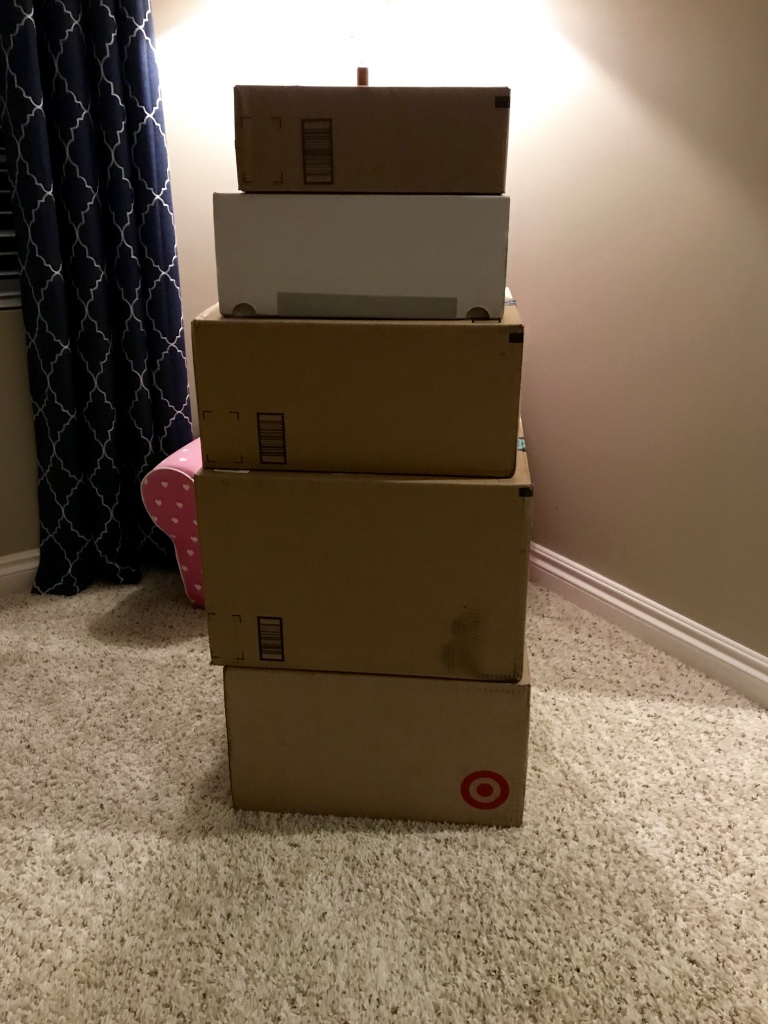 There was sunshine on Saturday!! 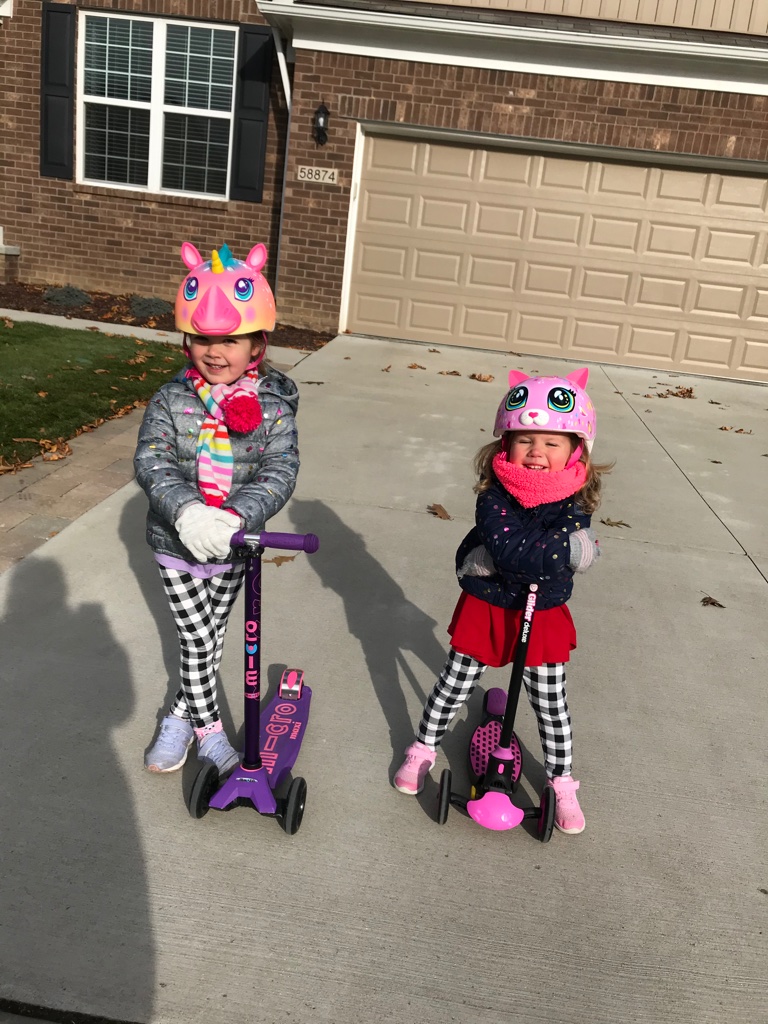 These little ladies are into everything arts and crafts lately! 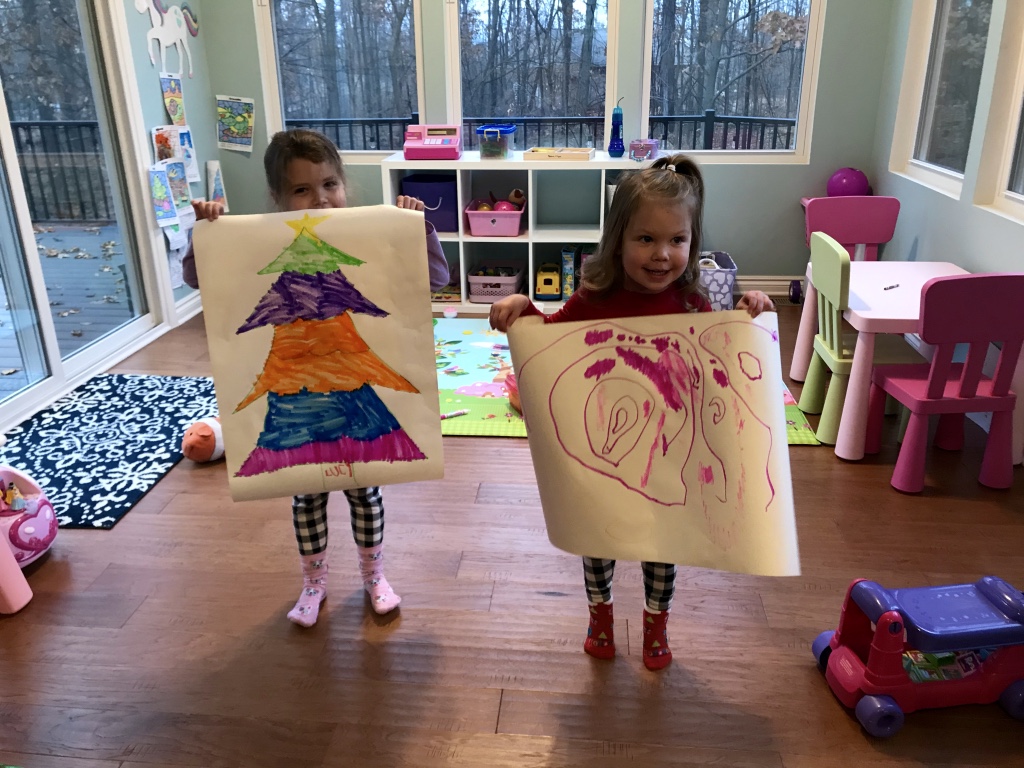 Lucy staged this picture and took it herself. 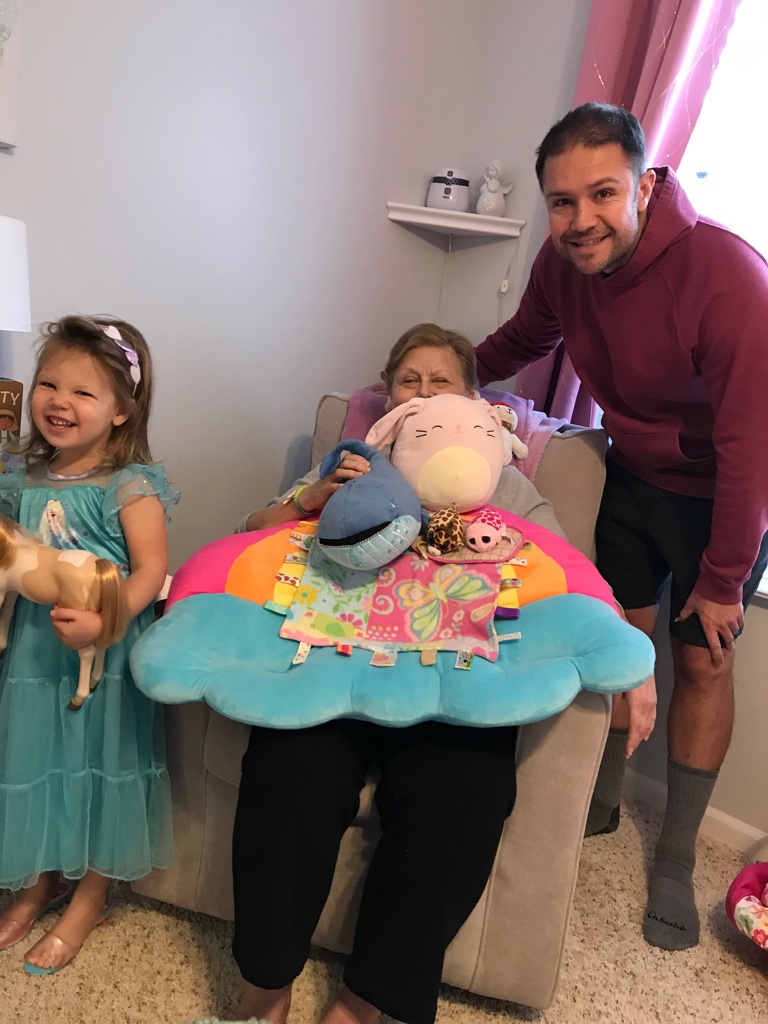 And then she placed herself in there for another one. 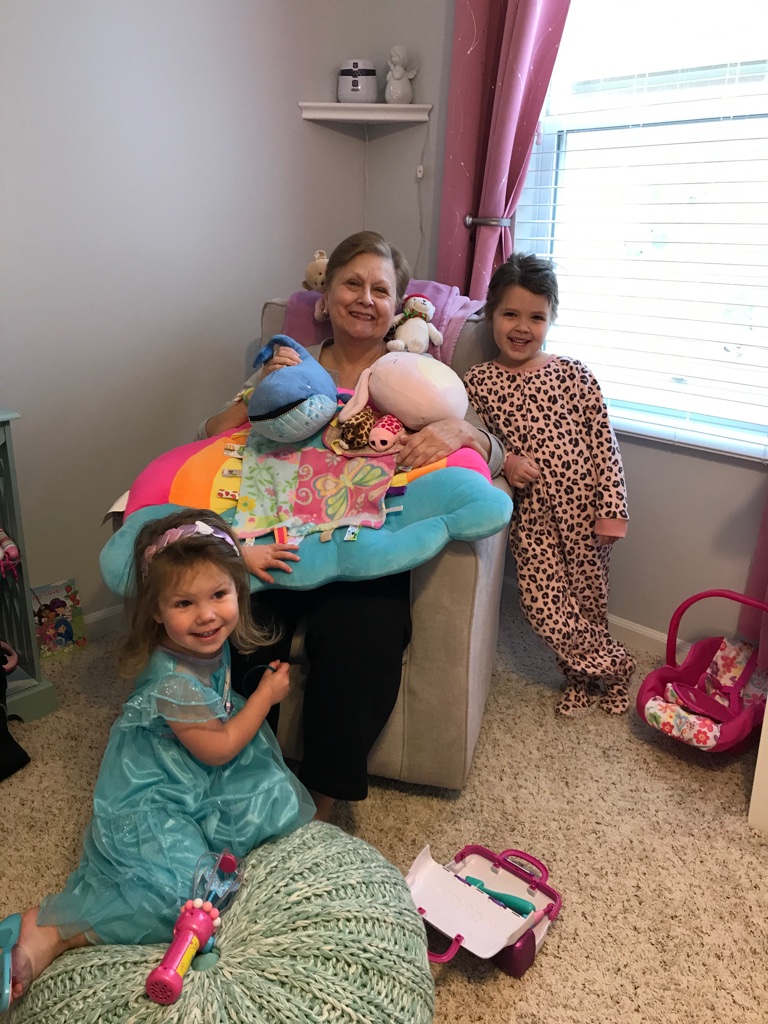 We spent most of the day outside putting up Christmas lights and decorations. It really is such a pain, but we enjoy it once it’s finished! 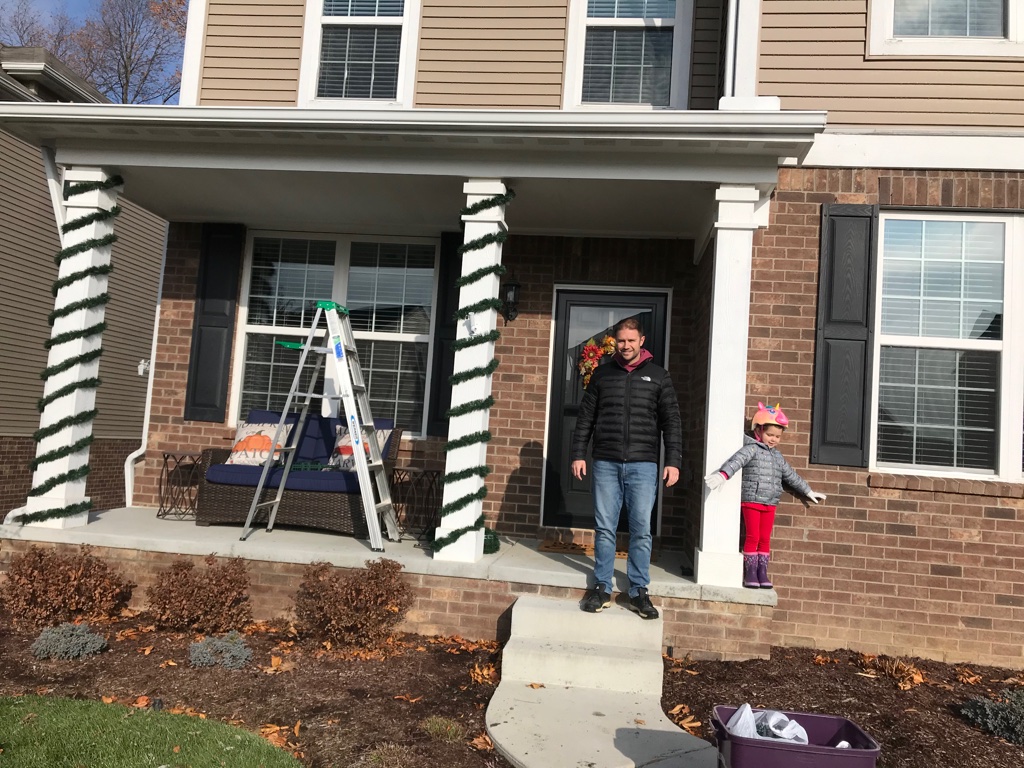 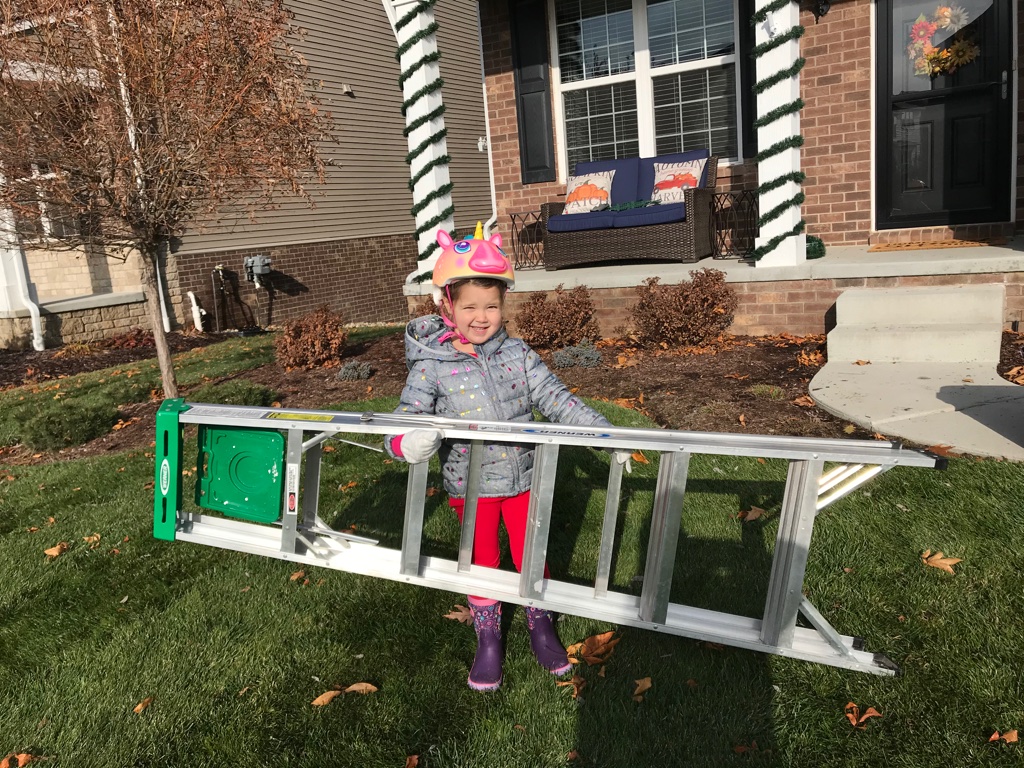 See Matty up on the ladder putting lights on the tree in our backyard? 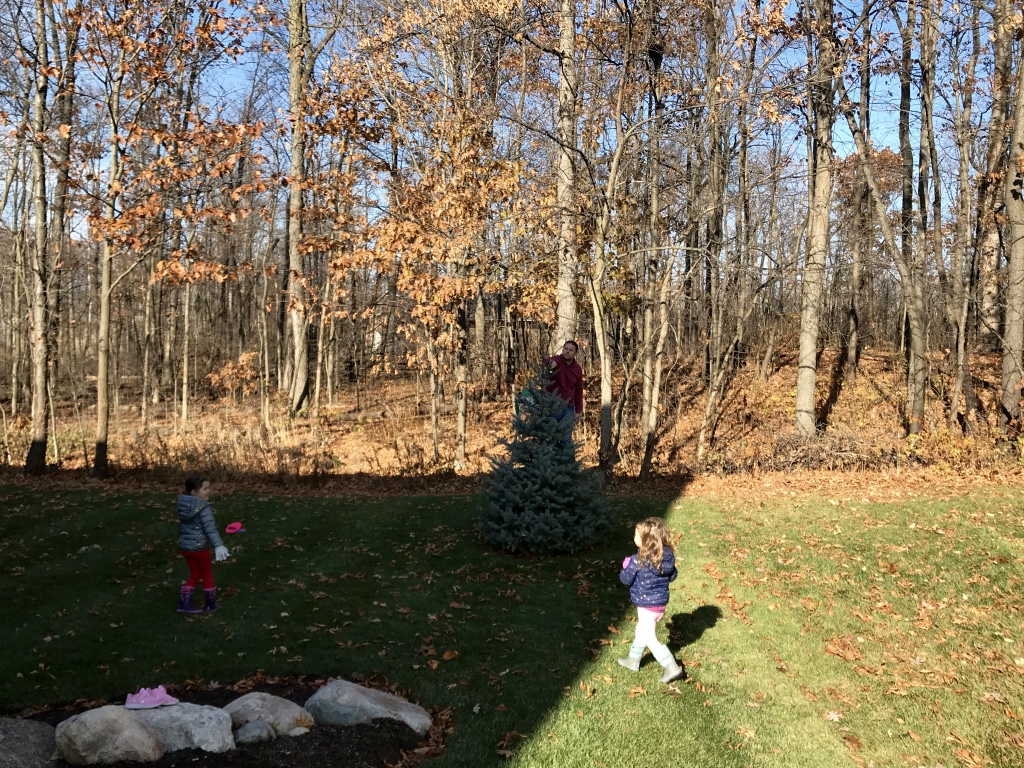 The girls entertained themselves for quite some time, which was super helpful. 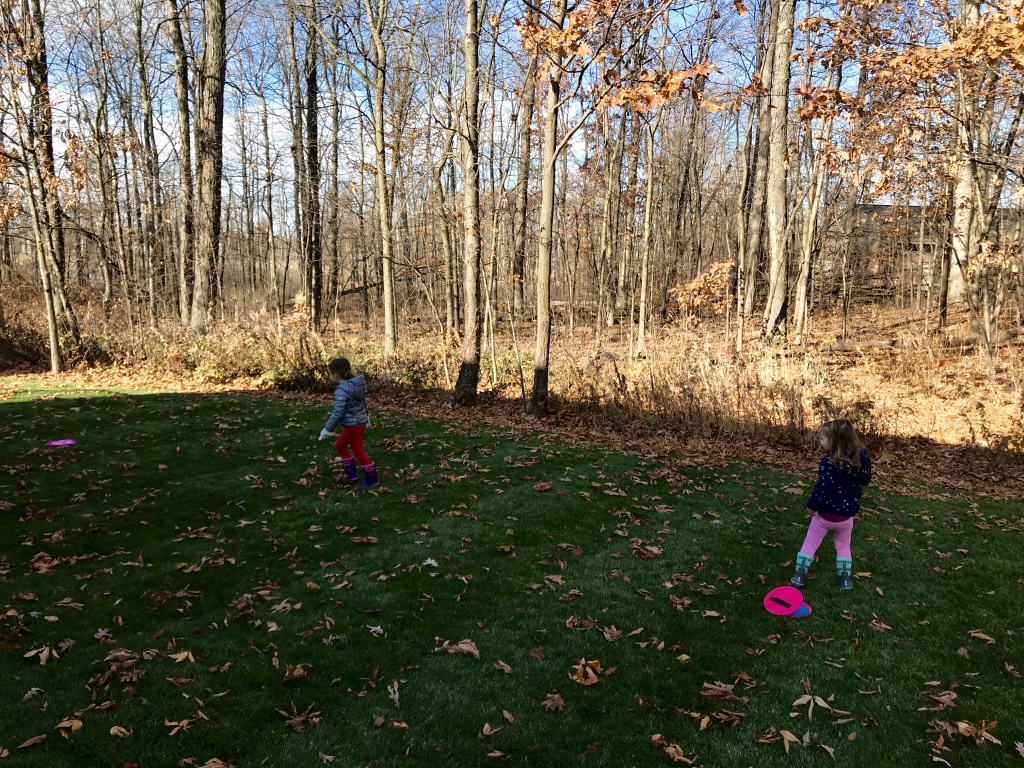 Did I mention that Emmy woke up at 5am yesterday?? She hung in there until about 3:00 and fell asleep on our way home from Kroger. 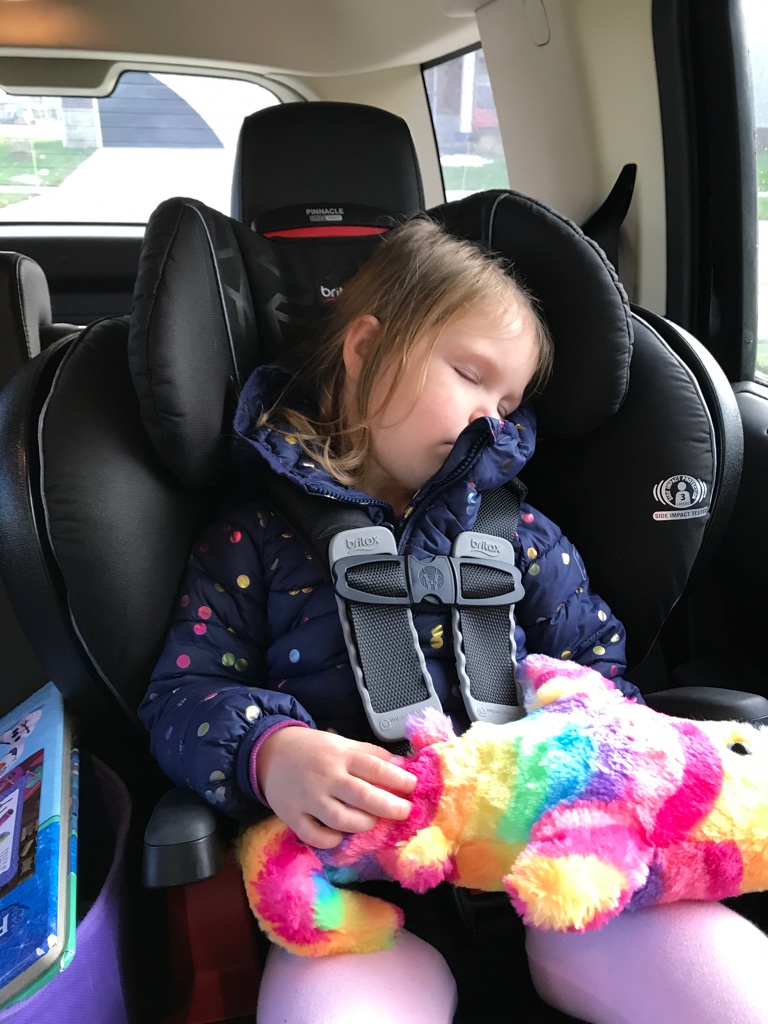 Phew.
I’m looking forward to a short work week for Matty and celebrating Thanksgiving with our families on Thursday!
Have a great week!
XOXO