Happy Monday!
We had a great weekend with friends at the cottage, and hopefully I’ll share the pictures later in the week.
Today’s post is all about our trip to the Detroit Zoo last week. I love a good zoo trip, but for some reason I’ve been a little leery of taking the girls there. I went once with Matty and the girls the year Emmy was born, didn’t go at all last year, and really felt like I needed to finally take them. However, I feel like they’re at the age where they get so excited to see things that they’ll run off in different directions on me and before you know it one of them will be in the gorilla habitat!
So, I enlisted the help of my partner in crime. Marie came along with me and brought her two littles as well. Four girls, two mamas . . . the odds of someone breaking a rule were increasing by the minute!
But, it actually turned out to be a great day!!
Here we are about to pull out of our garage with their giant bear along for the ride! Our first stop was at the penguin exhibit, and it did not disappoint! It wasn’t crowded yet so the girls got right up to the glass, and the penguins were really active. 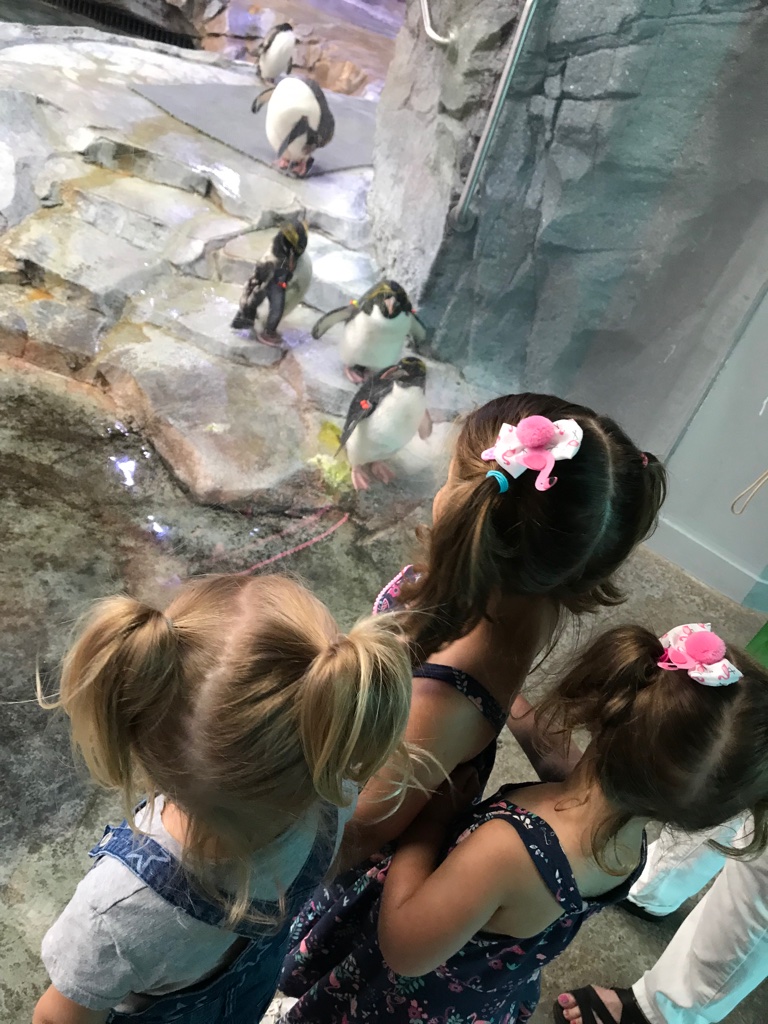 Posing with the camels. I’m telling you, if Lucy asked to pet the animals once, she asked a thousand times! The poor girl could not get it through her head that we weren’t at a petting zoo! 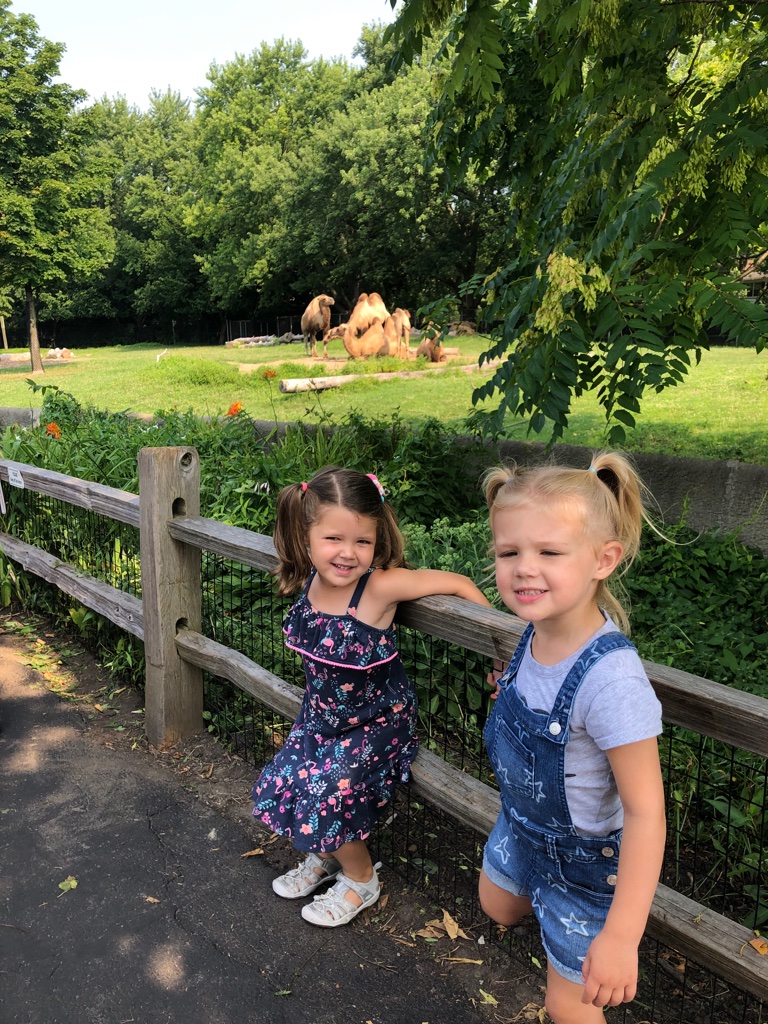 The girls saw all the coins in the fountain so we explained how to make wishes and let them give it a try. Lucy informed us she wished for a unicorn. 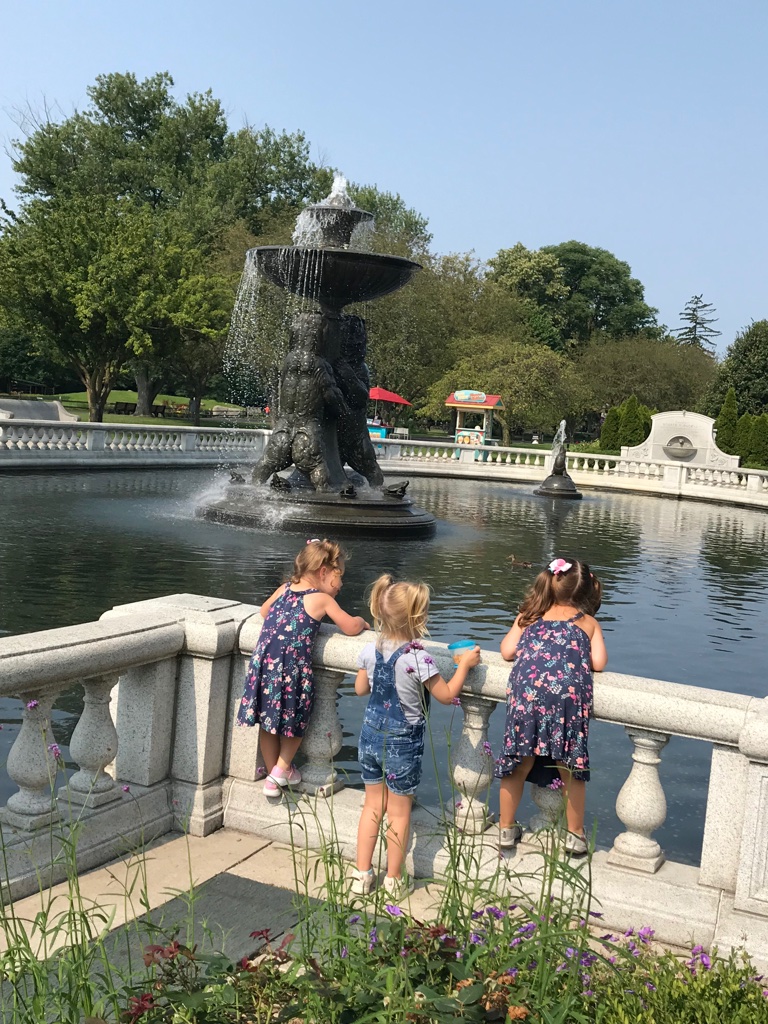 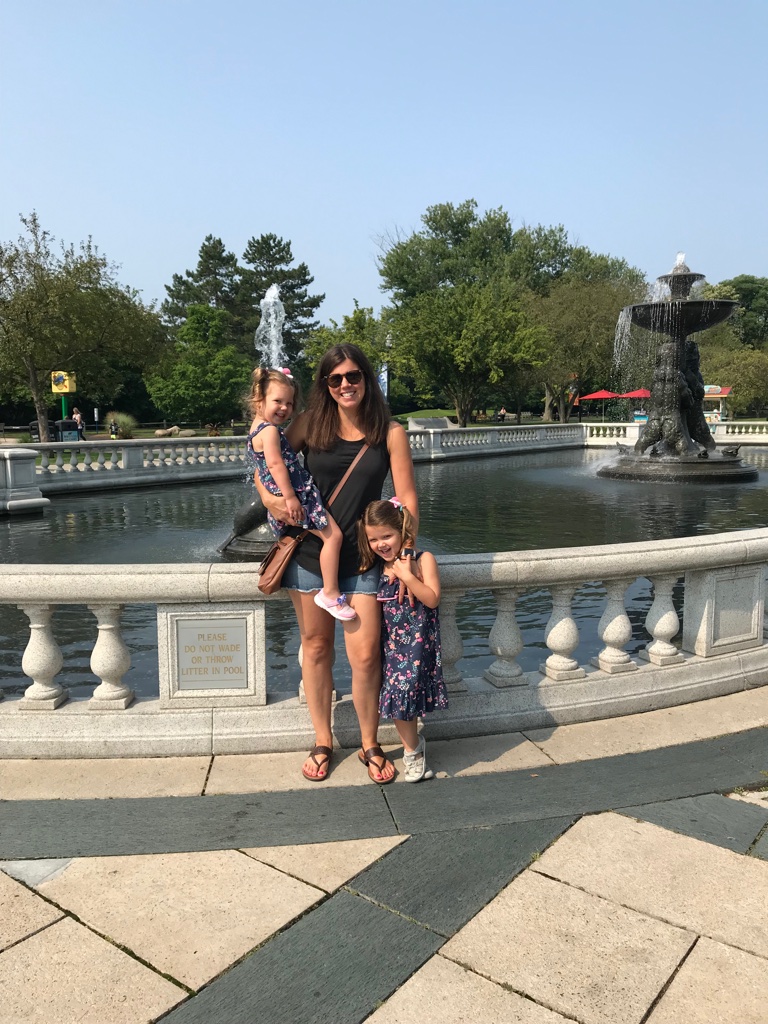 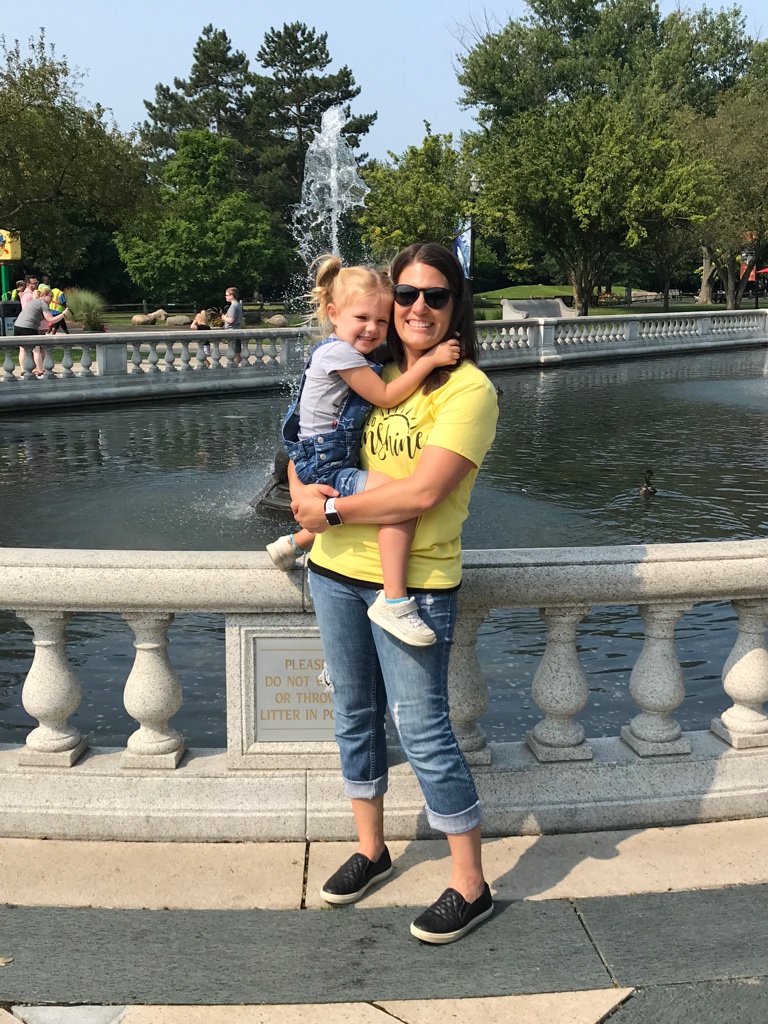 I walked the girls across this bridge to try and see a red panda while Marie stayed with Ellie and the strollers. Not only could we not see the panda, but a group of older kids came on behind us and started rocking the bridge. Mama did not like! 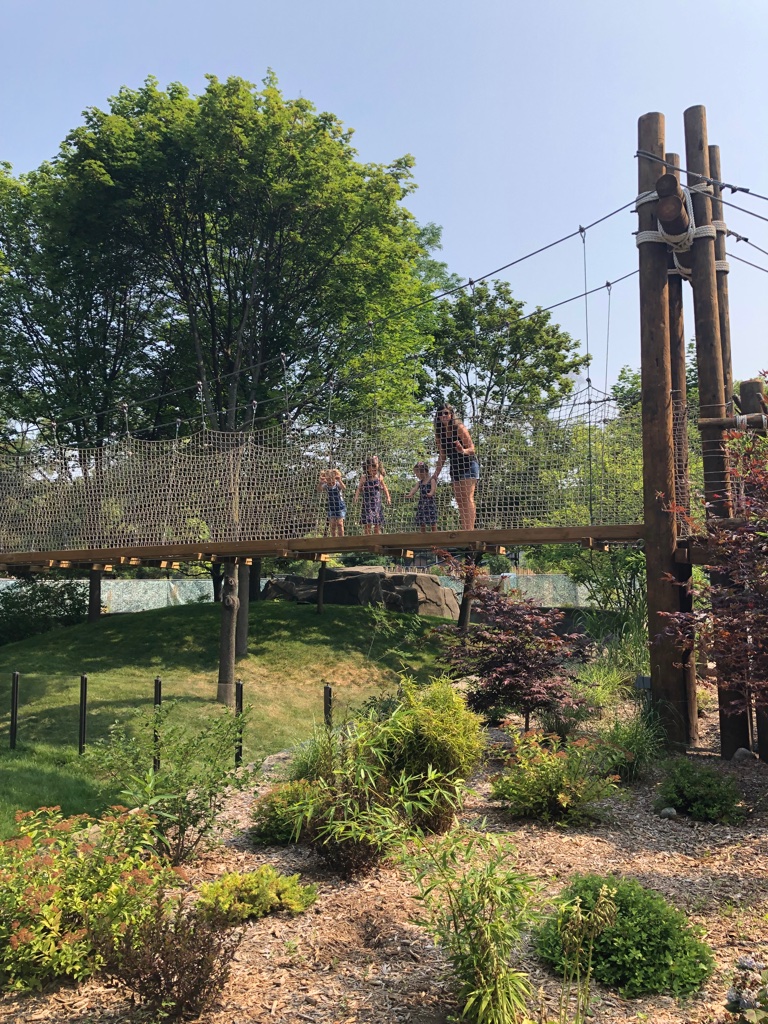 Lucy liked the pandas but needed a bathroom break too badly for a decent picture. 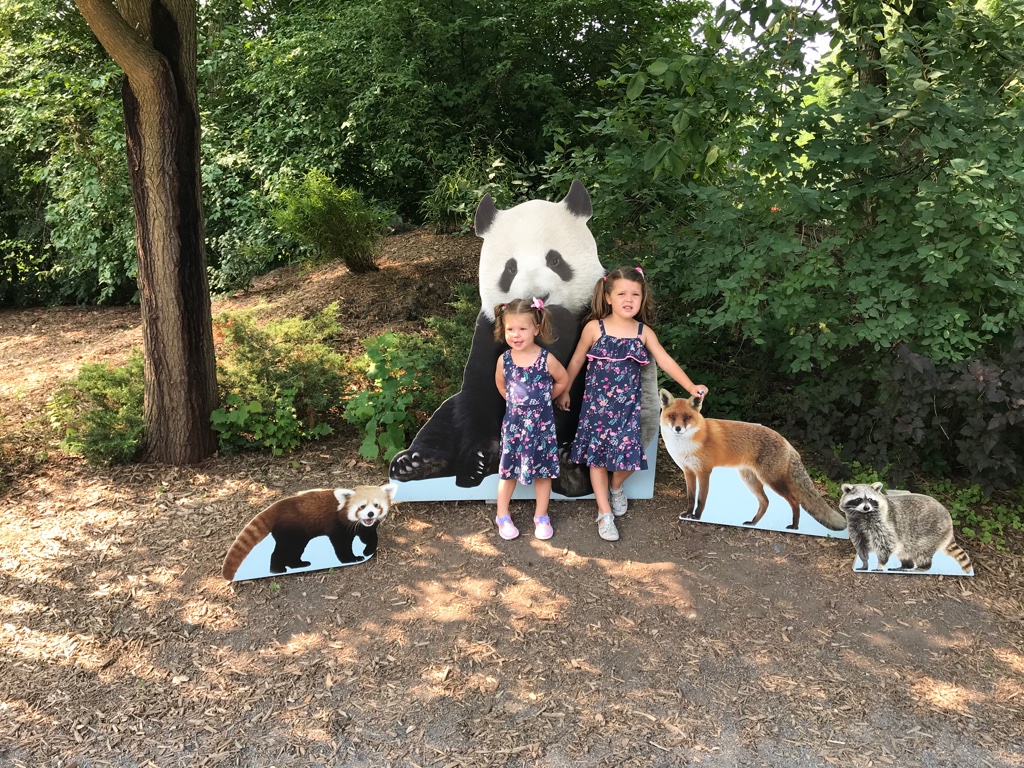 Proud mamas for conquering the zoo! The man taking our picture kept waiting to take it until all the girls were looking. Not gonna happen! 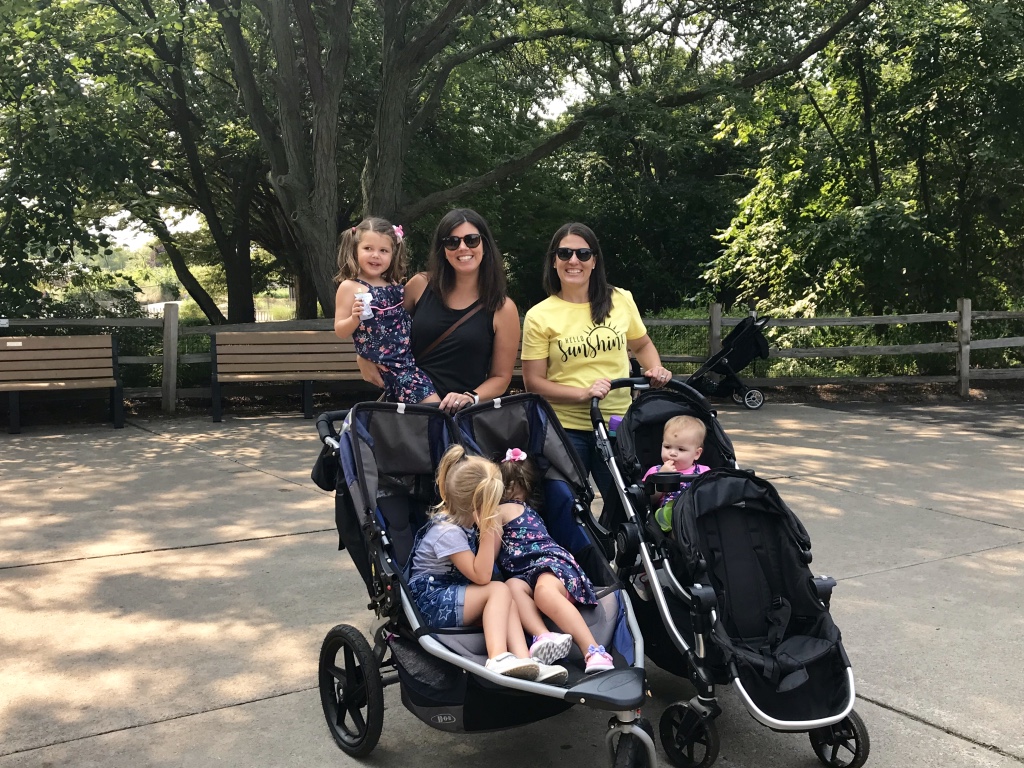 The prairie dogs were probably the cutest part of the trip. It took a good long time for Marie and I to coordinate getting the girls in the correct tube while I was across taking the pictures. It was worth it, though, because their faces are so cute! (The girls’ and the prairie dogs’!) 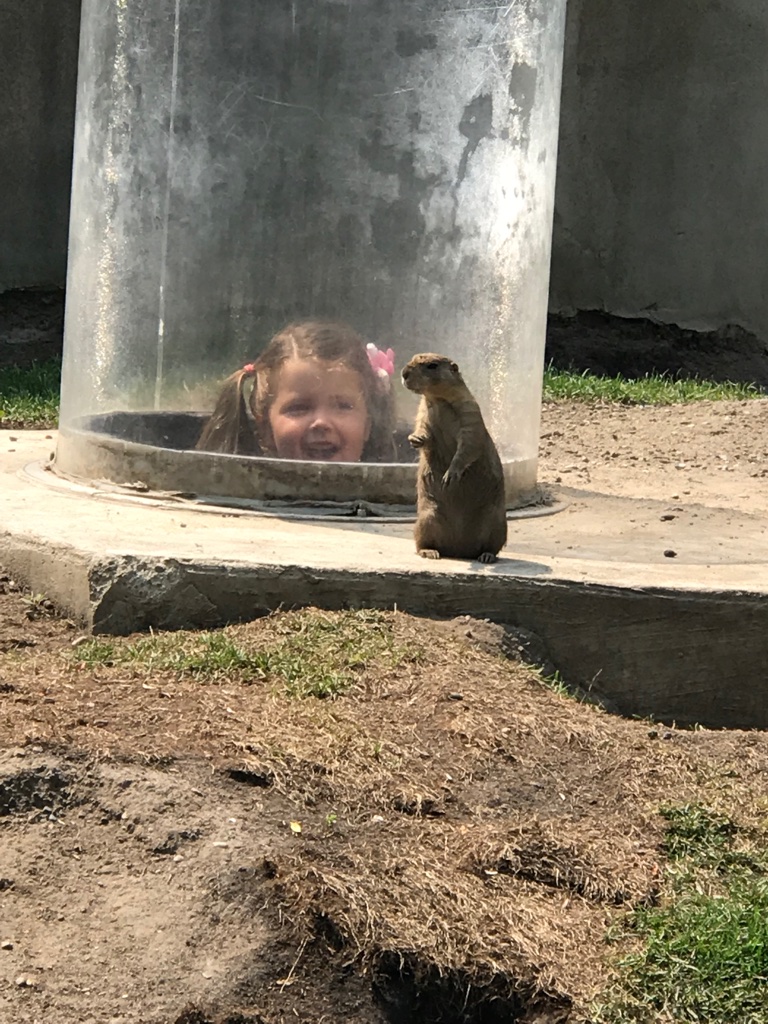 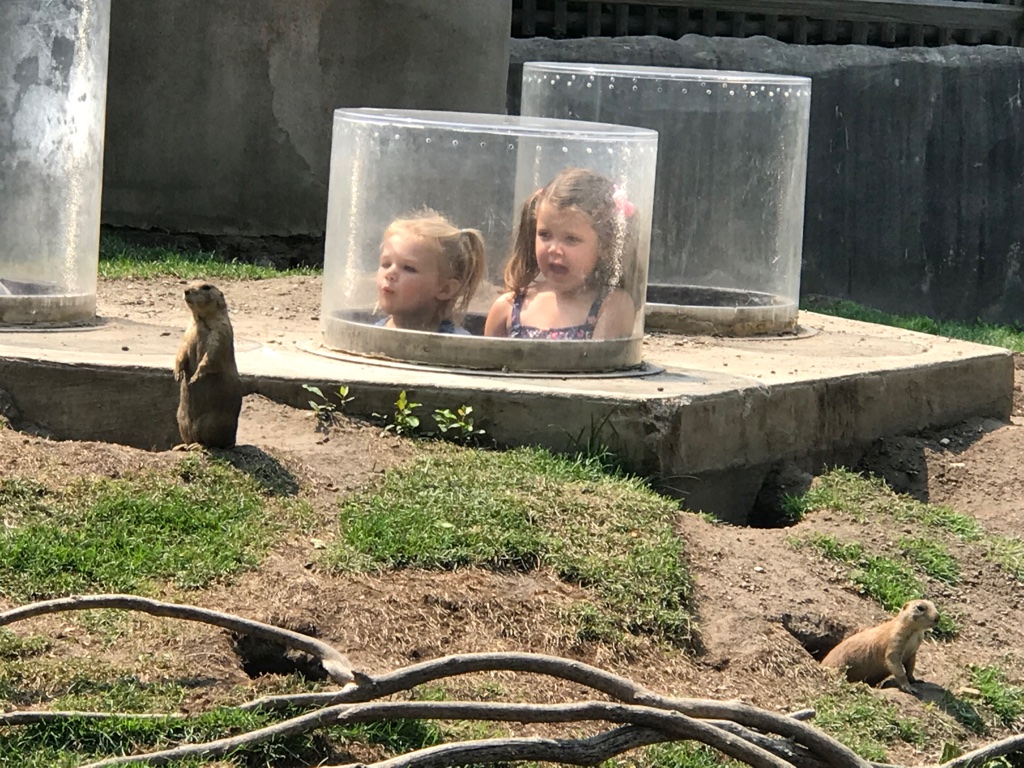 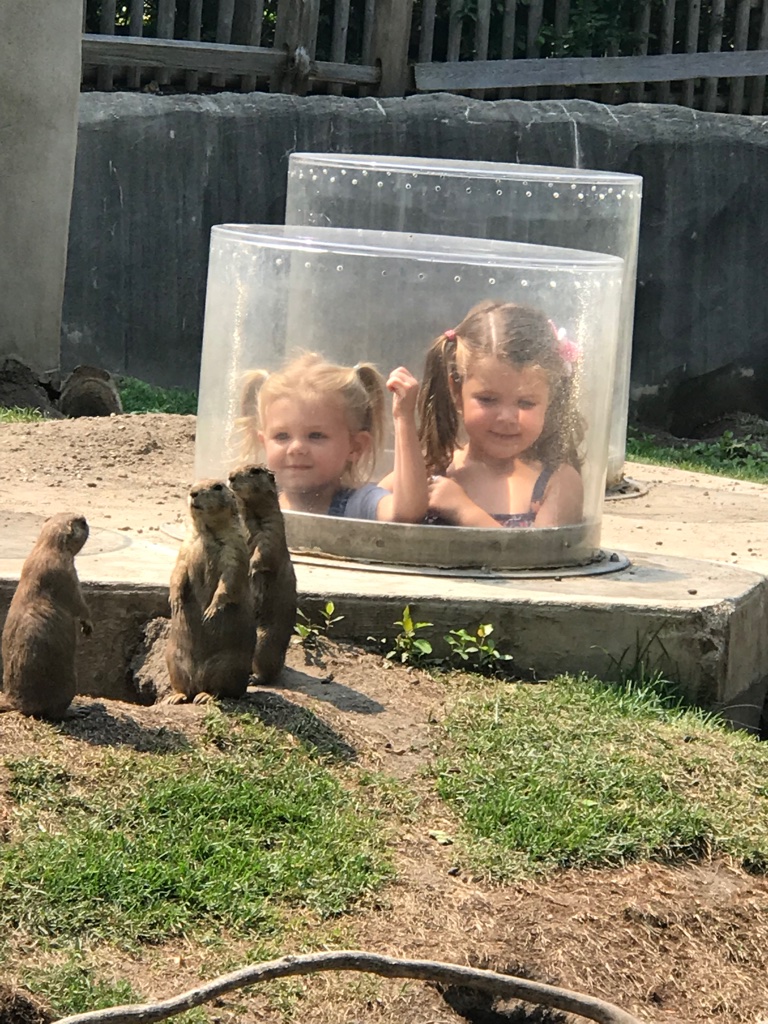 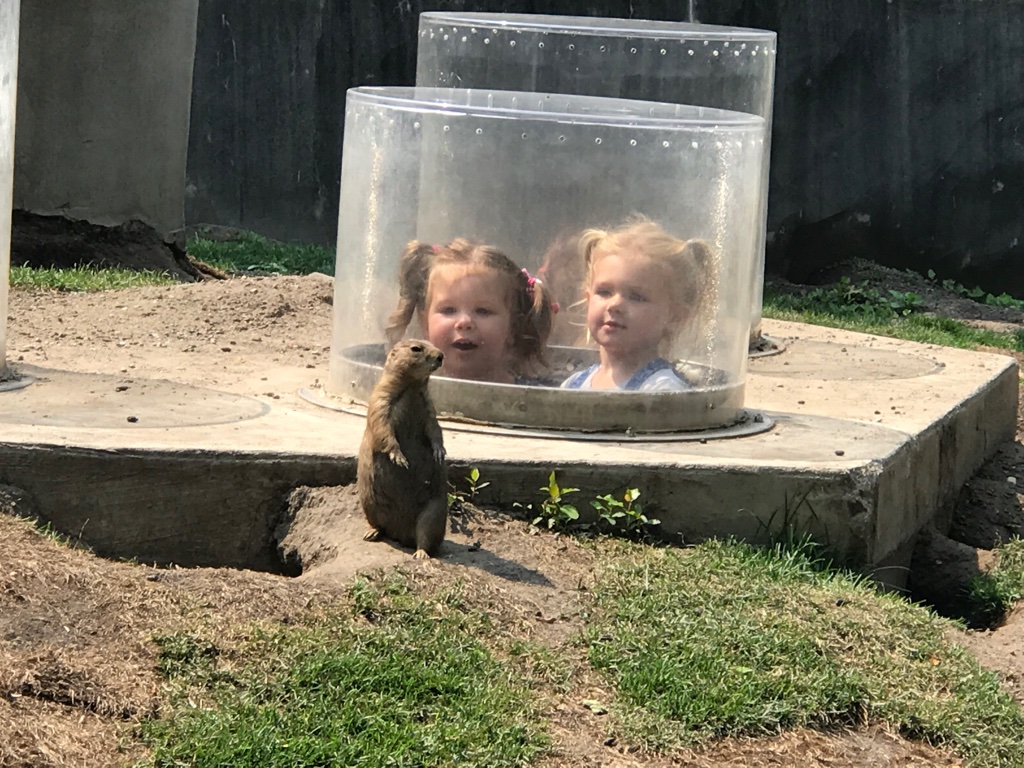 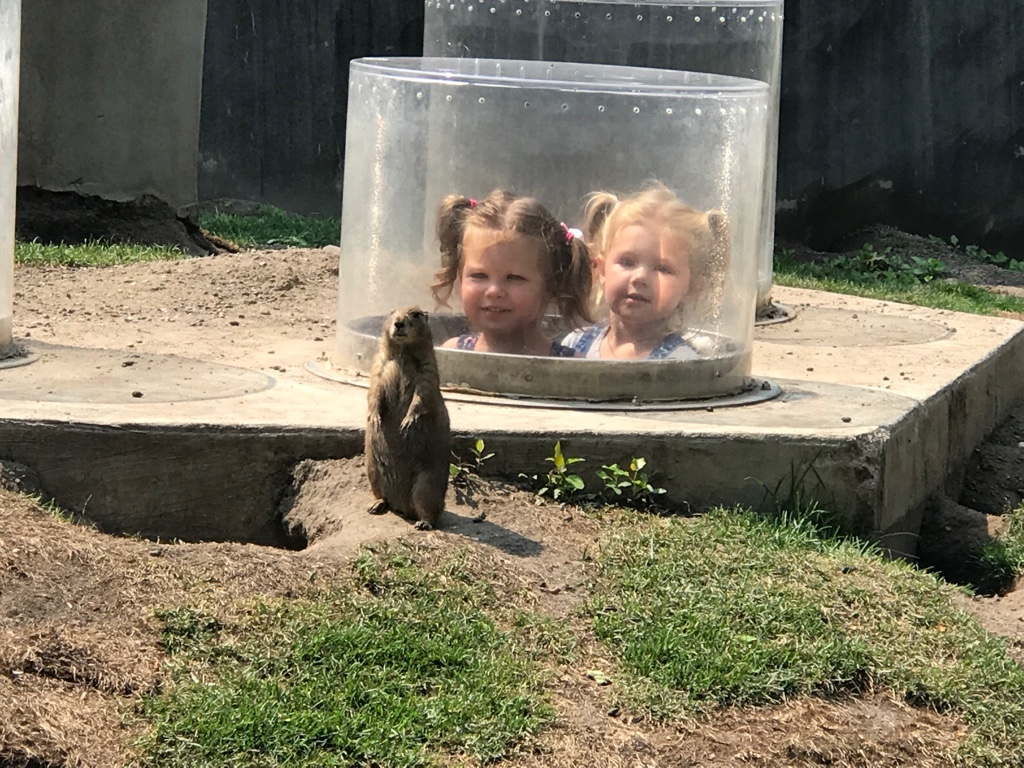 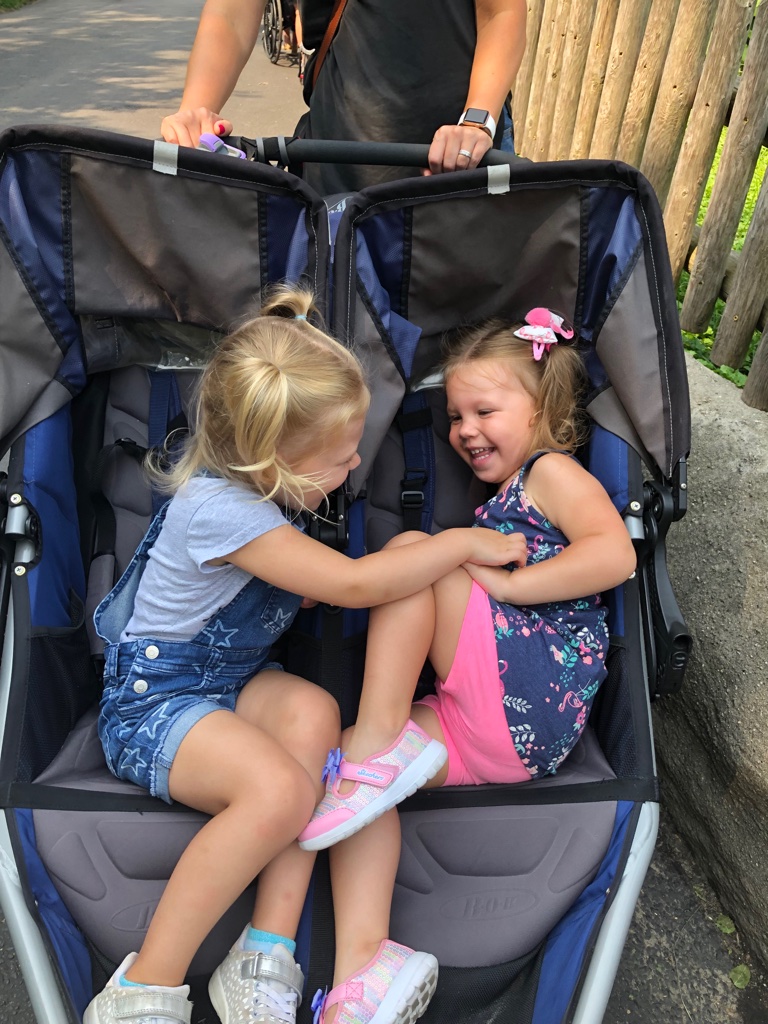 Lunch break in the shade because it was HOT! Also, those ducks were a little too friendly, in my opinion! They never actually came on the blankets, but they sure came close! 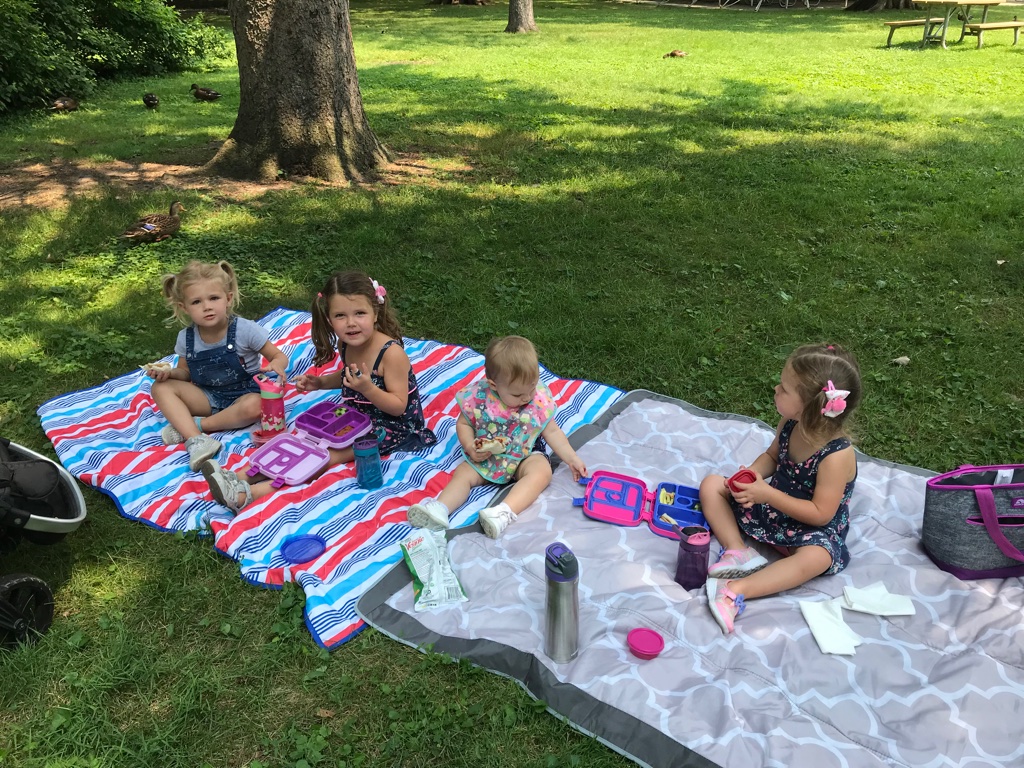 We stopped at the carousel after lunch. 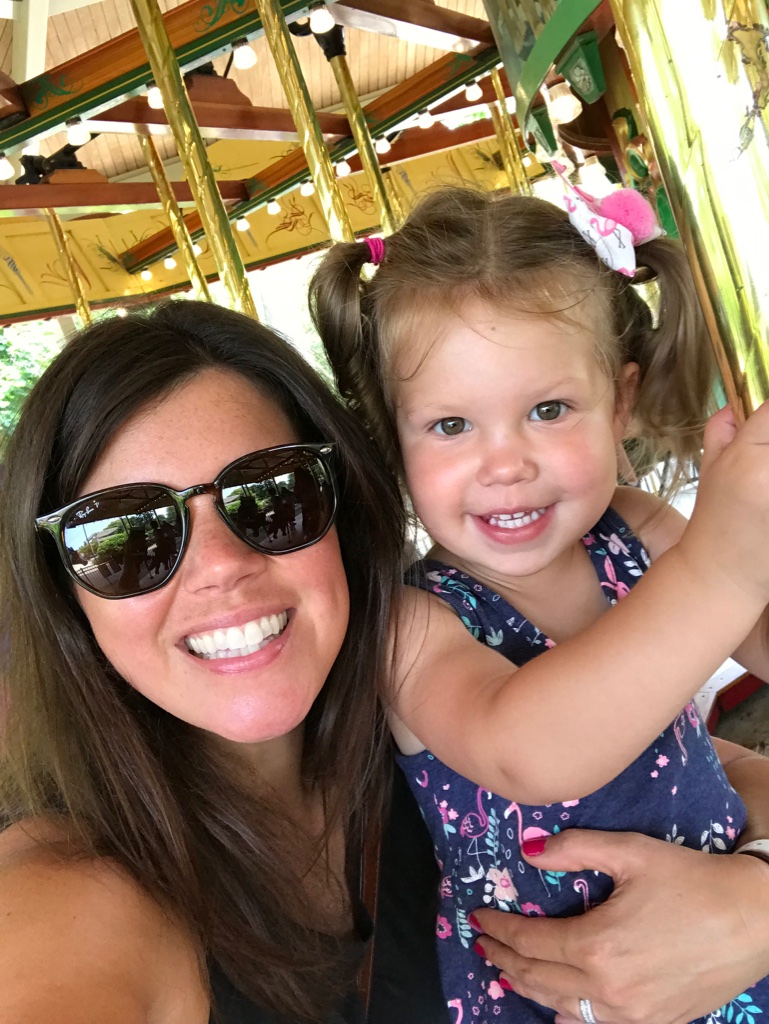 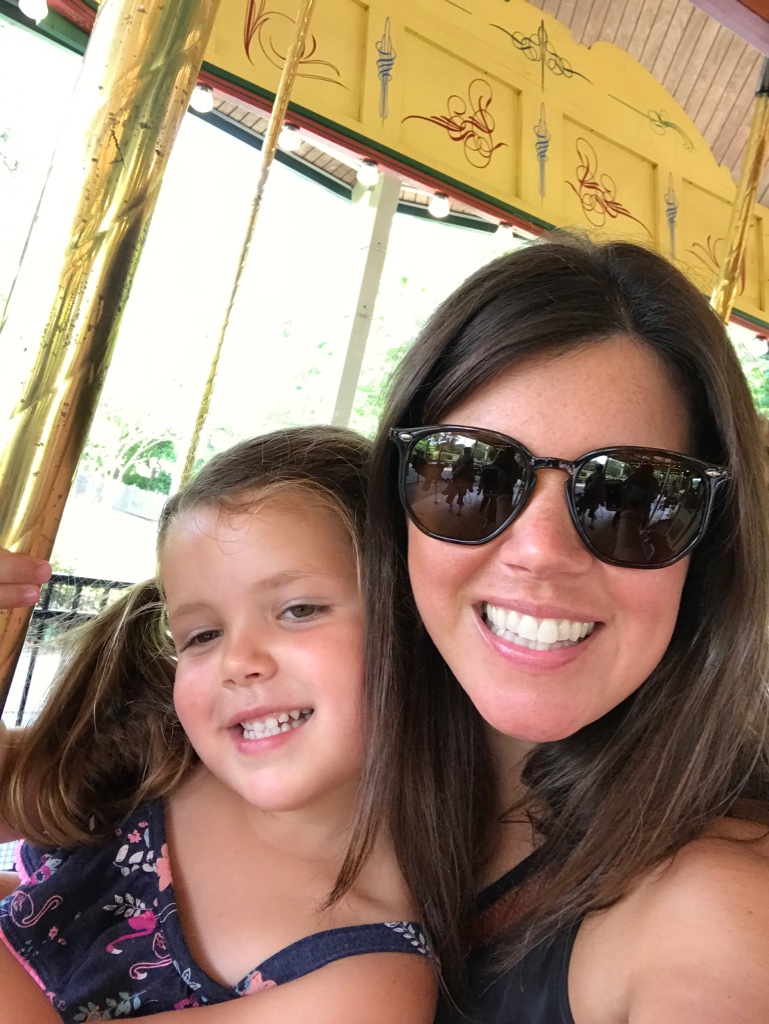 And then walked through the butterfly house before . . . 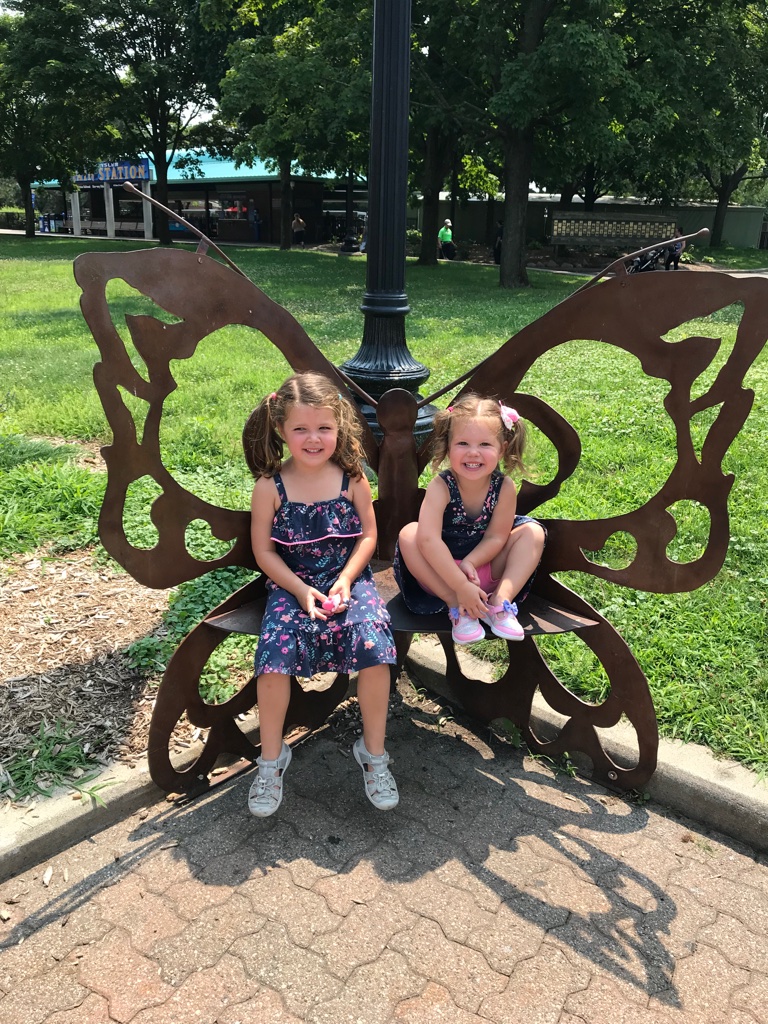 . . . letting the girls play in the fountains.
#sigh
I had hoped that they’d forget they saw it earlier in the day, but nope! I believe I said something like, “Ok, girlies, you can just walk through the water for a minute and then we’re leaving.”
Ha!
Fifteen minutes later we had four completely soaked girls! They had the best time, though, and it was so hot we didn’t have the heart to make them stop. 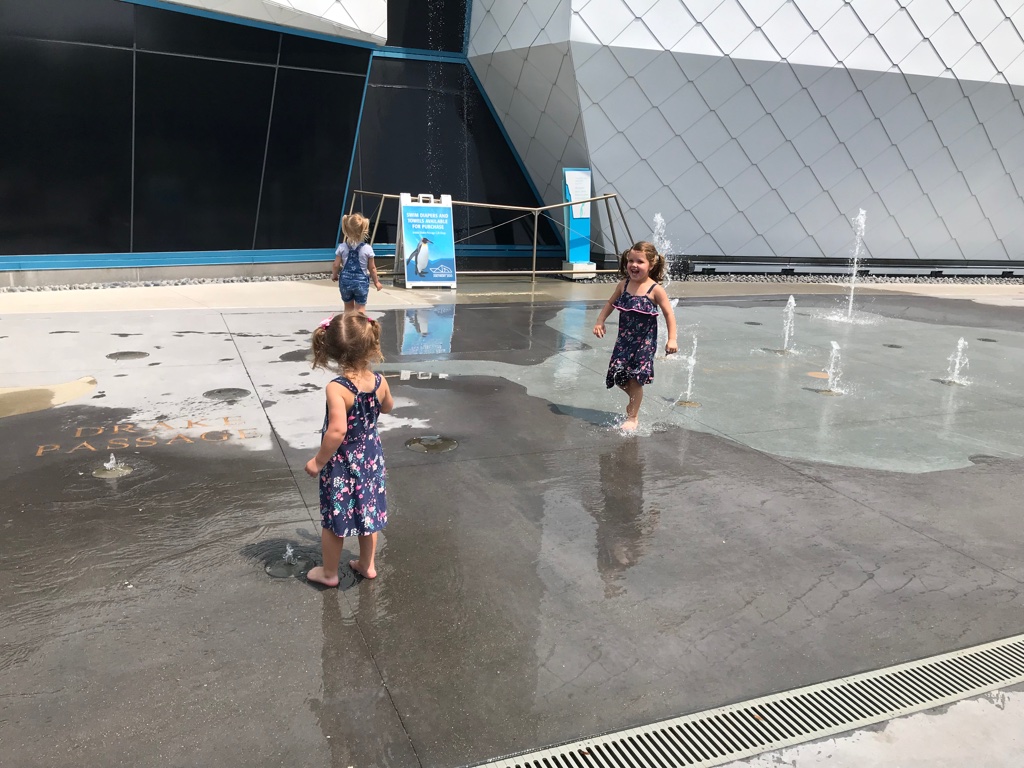 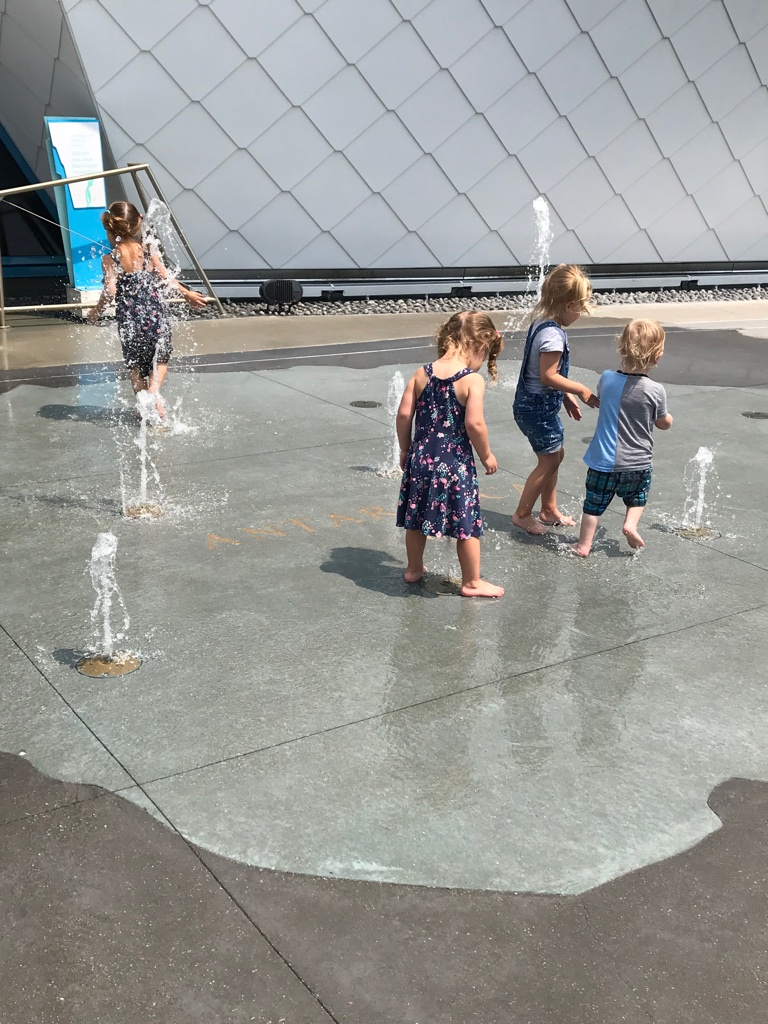 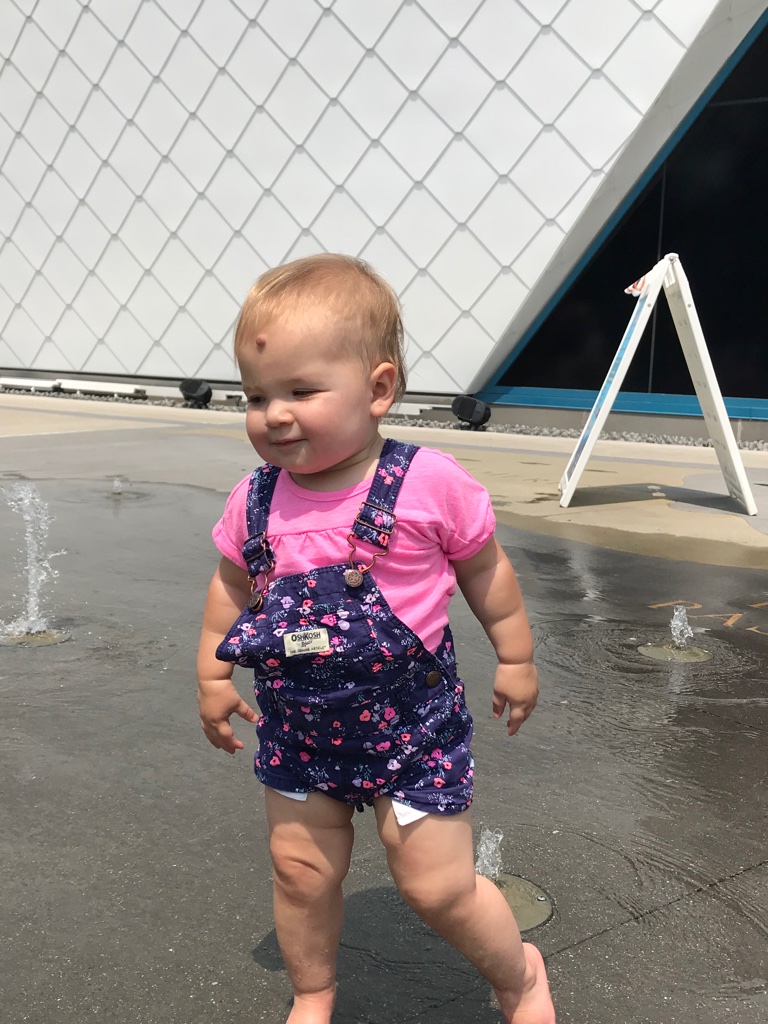 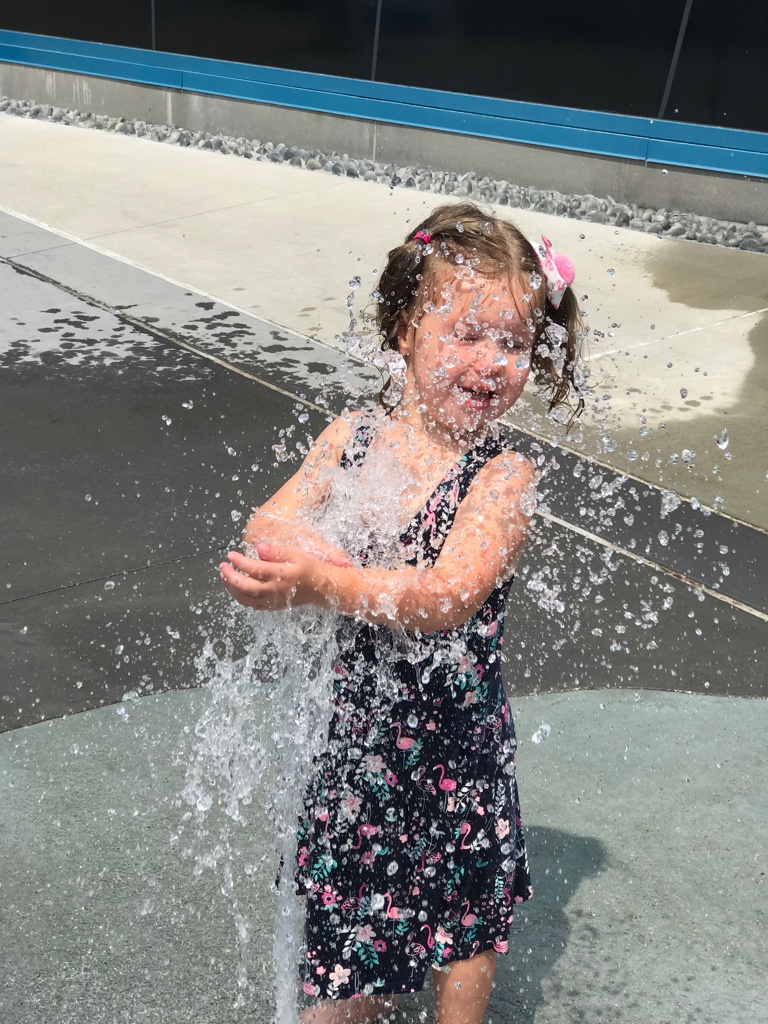 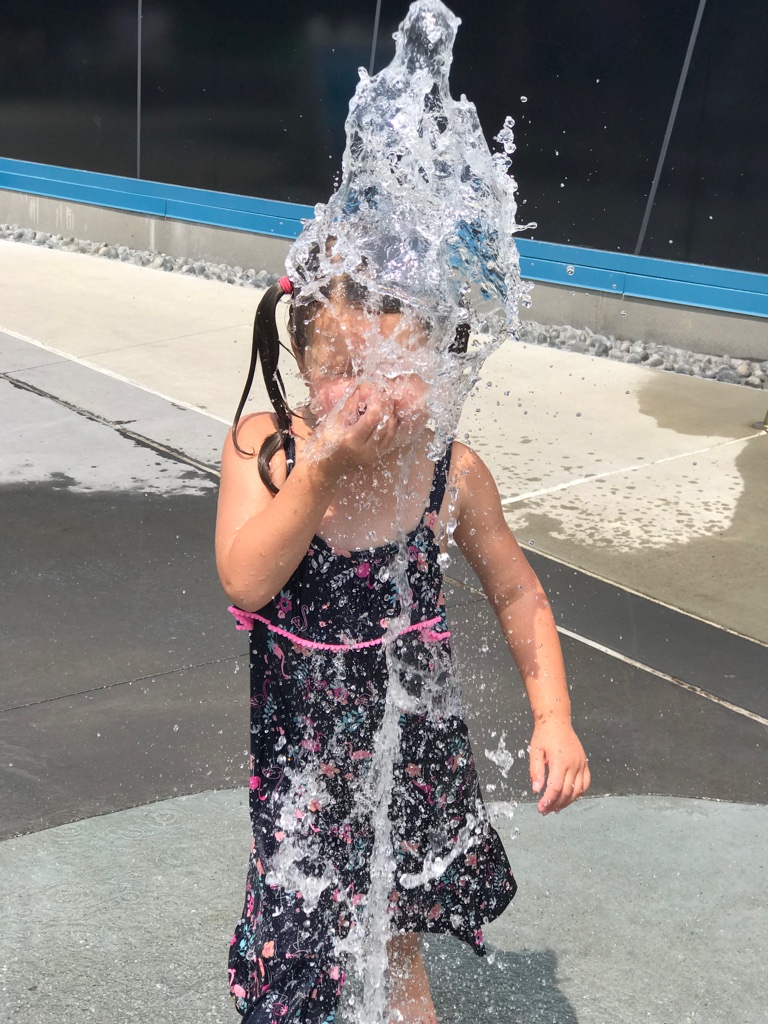 We weren’t prepared for water play, so we dried them off with Marie’s picnic blanket and then changed all their clothes in the back of our cars with the extra outfits in our diaper bags. #momwin 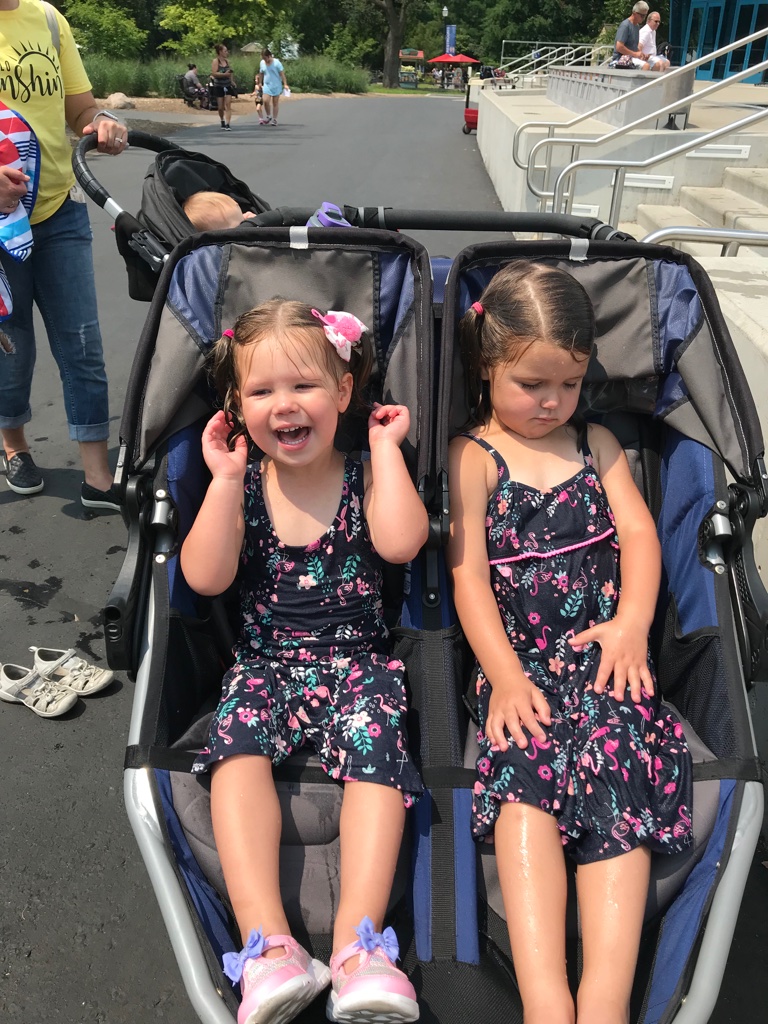 We were leaving for the cottage the next morning so I HAD to stop at the grocery on the way home. By the time we got home it was almost 3:00, but I still put Emmy down for a little nap and she passed out! 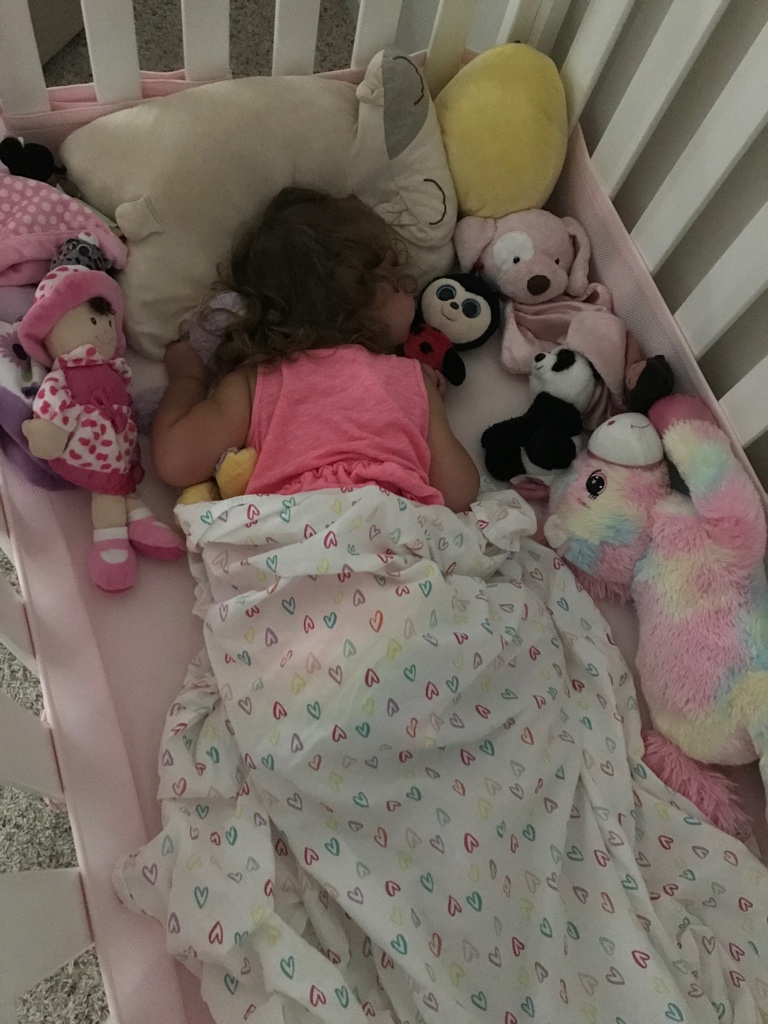 It’s so awesome when you go into an outing with low expectations and everything works out well! Marie and I were so proud of ourselves for conquering our fear of the zoo. We’ll definitely be back!
XOXO