Happy Monday!
We had a pretty busy but fun weekend filled with storms, pizza, alligators, and ponies!
Let’s back it up a bit to last Wednesday when I made the girls’ day and painted their nails. This was Emmy’s first time, and she was so excited. They showed anyone and everyone for the next two days! Then, as usual, Lucy had had enough and wanted all of hers off. 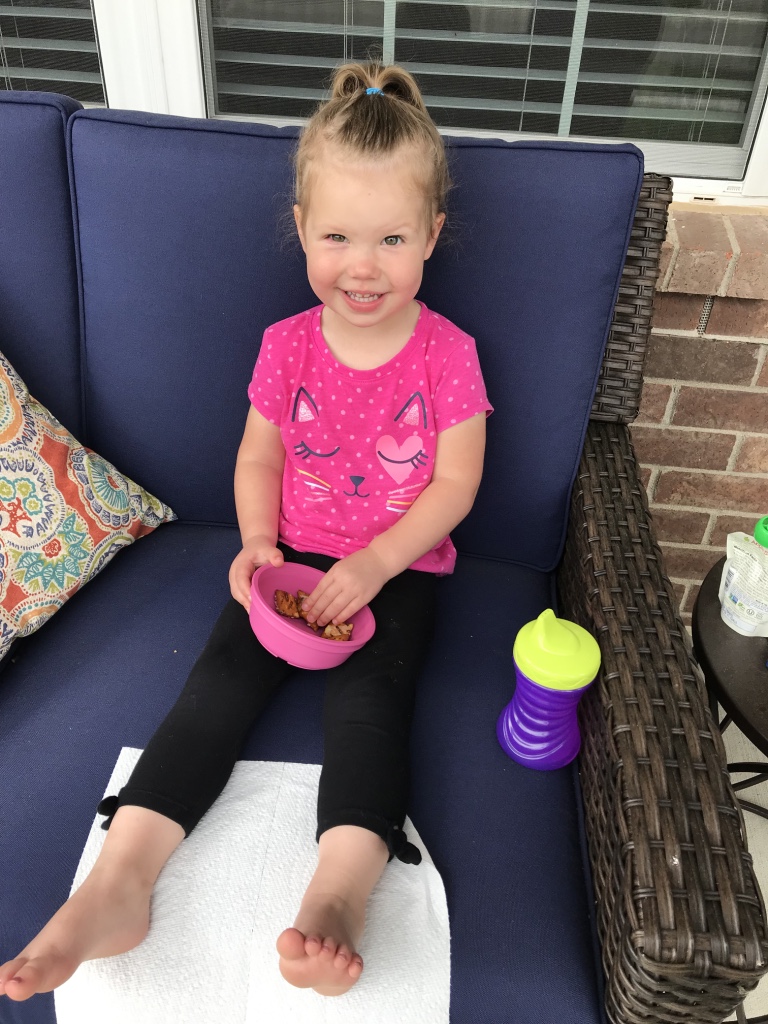 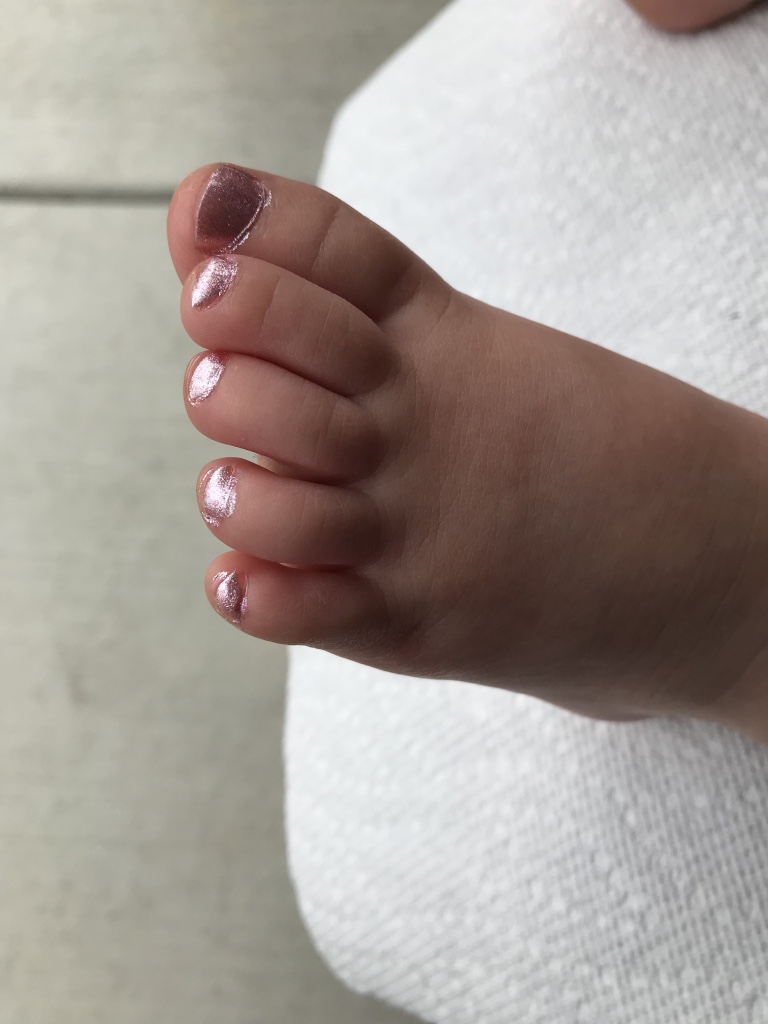 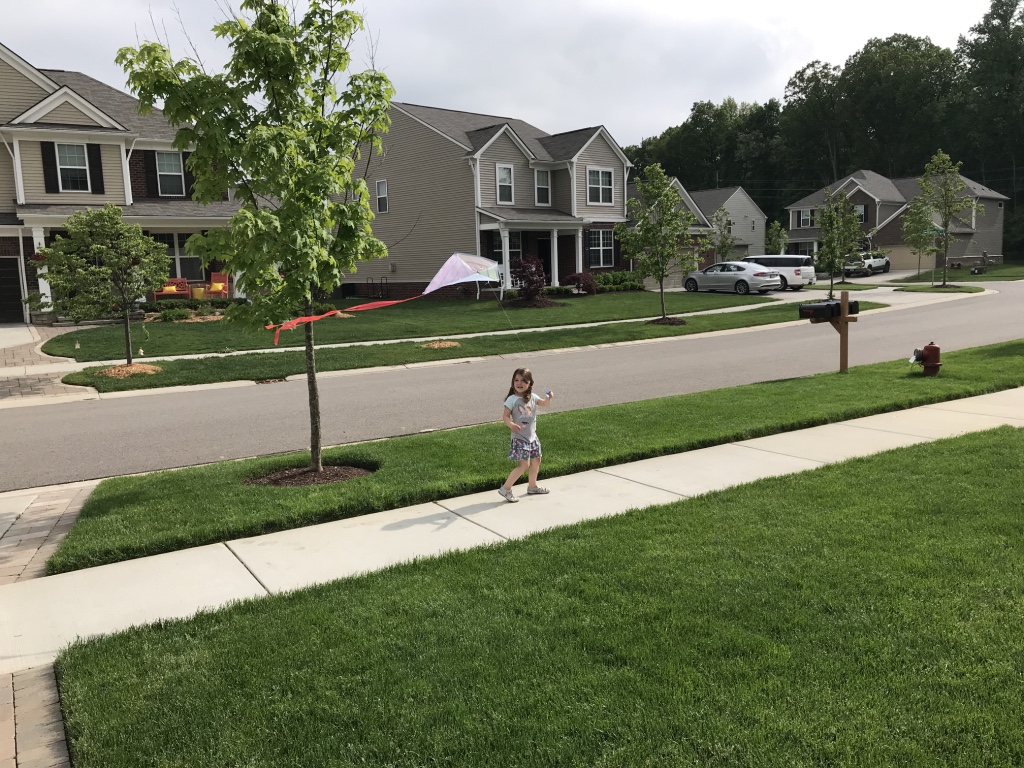 We spent the day at my parents’ house on Thursday. The girls’ favorite game to play with my mom is puppy/kitty. She uses her robe ties as leashes, puts down water bowls, and gives them the occasional treat. The girls love it! 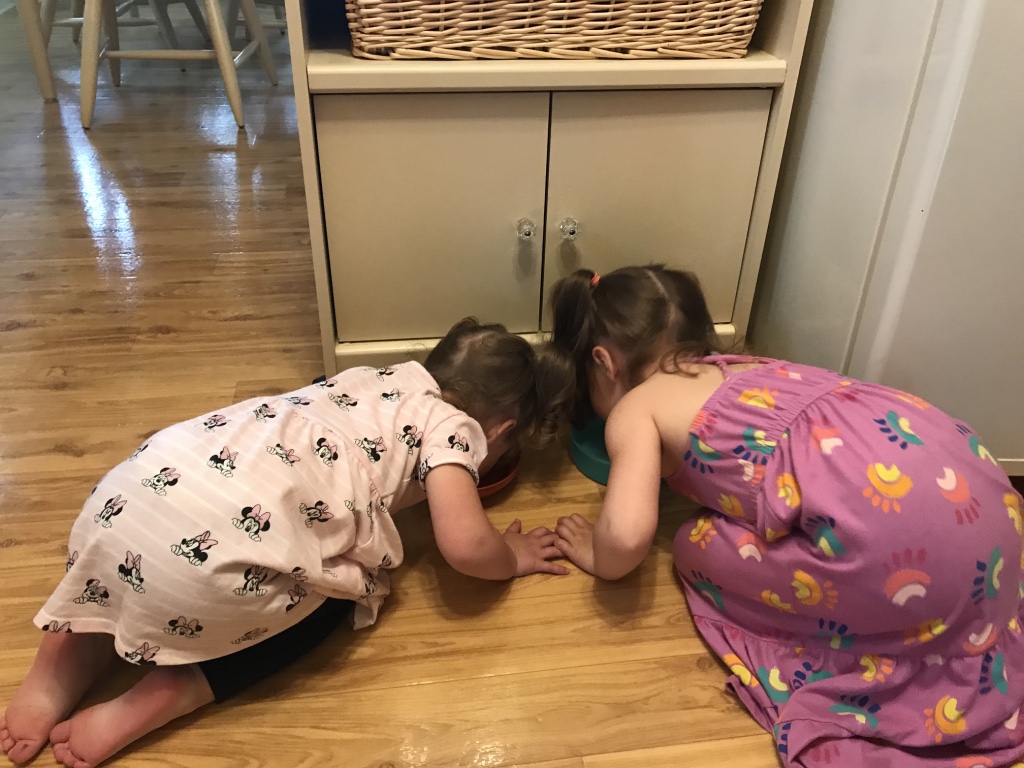 Emmy didn’t nap at my parents’ house so on the extra long ride home (thank you heavy rain and accidents!) she watched a movie for 40 minutes, cried her 20 minutes, and then fell asleep for the last 15 minutes. 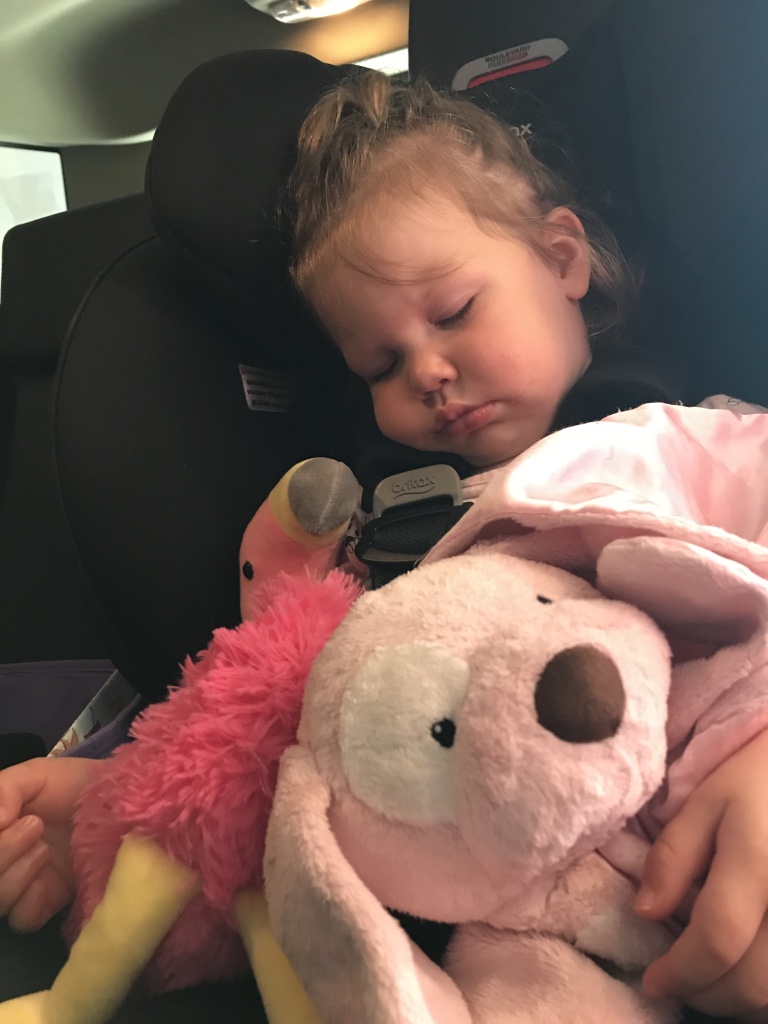 Friday was a beautiful day, and we hit up the pool right after lunch. Lucy chose her subtle swimsuit. #sarcasmfont
This is the only picture I have because chasing two little girls around the pool by myself is no joke! We spent about an hour or so swimming, went home for nap time for Ems while Lucy and I played outside, and then headed back to the pool once Matty got home. It’s a little glimpse into what my summer days are going to be like. Spoiler alert: I’m going to be TIRED! 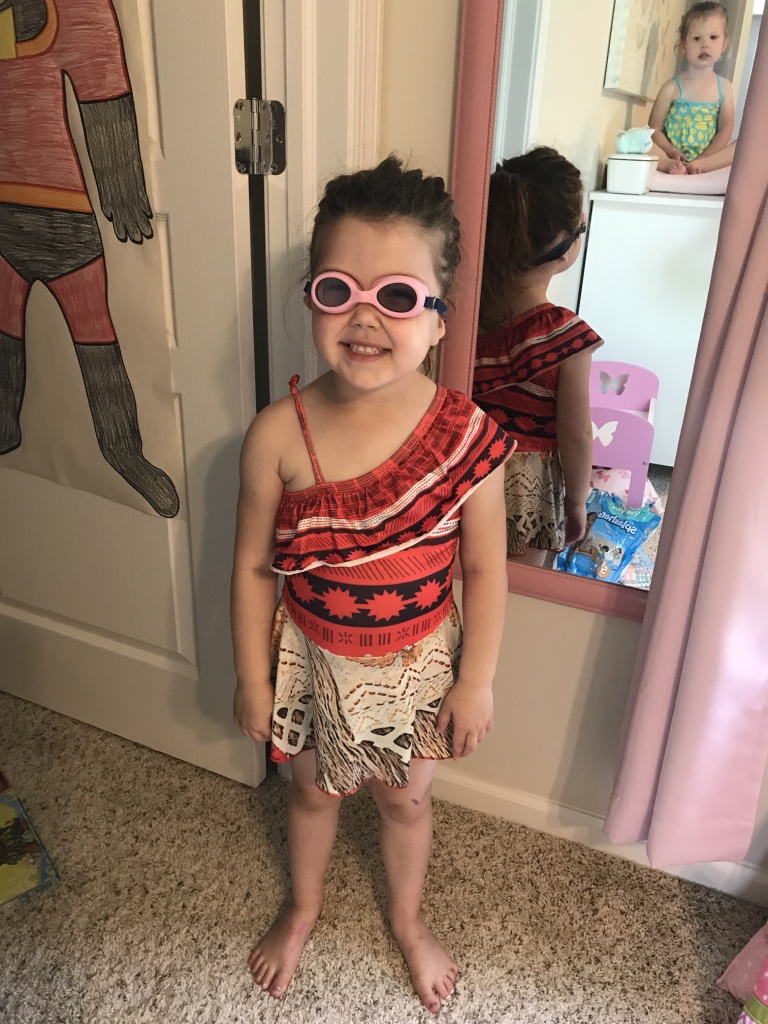 The girls took their stuffies for a walk on Saturday morning before our weekly trip to Costco. A huge thunderstorm rolled in just in time for nap time and Grandma Rita to arrive so that Matty and I could go shopping. Yes, we braved the mall on a rainy Saturday afternoon but it didn’t even matter how crowded it was because we didn’t have any kiddos with us! 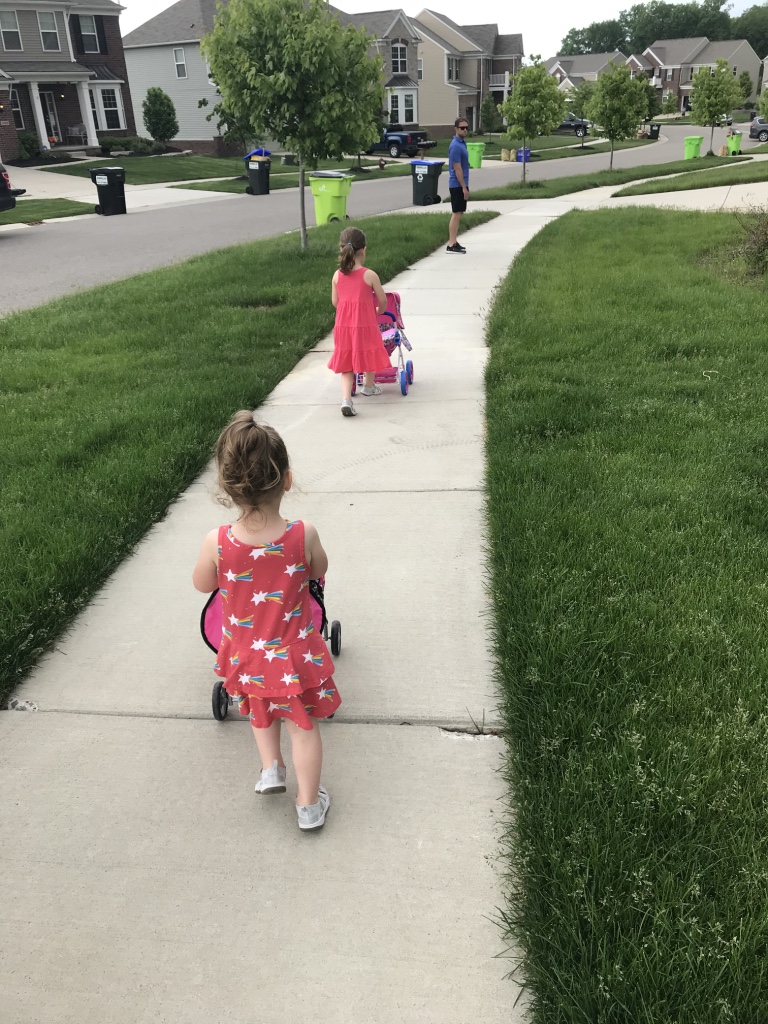 After Nordstrom, we all went out to dinner. Emmy enjoyed drinking from this crazy straw . . . 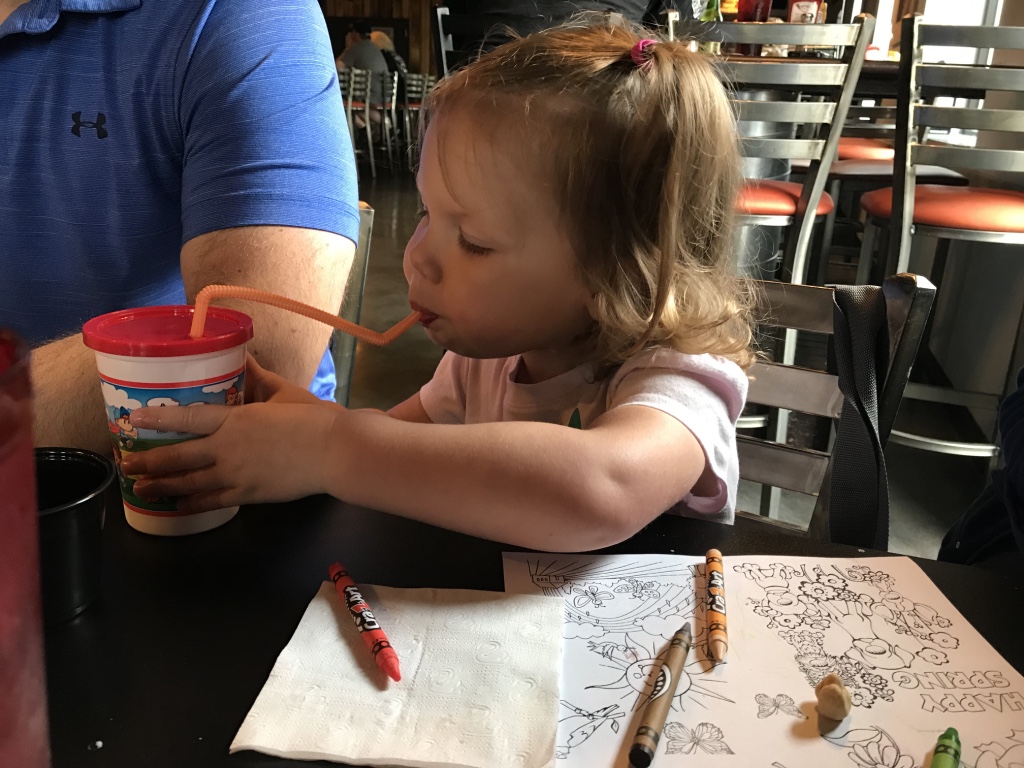 . . . and Lucy wouldn’t even stop coloring long enough to take a picture with me. After dinner it was driveway cupcakes for a neighbor’s birthday, a little bit of outdoor play, and then inside for bath right as more storms rolled in. Storms and snuggles on a Saturday night are right up our alley! 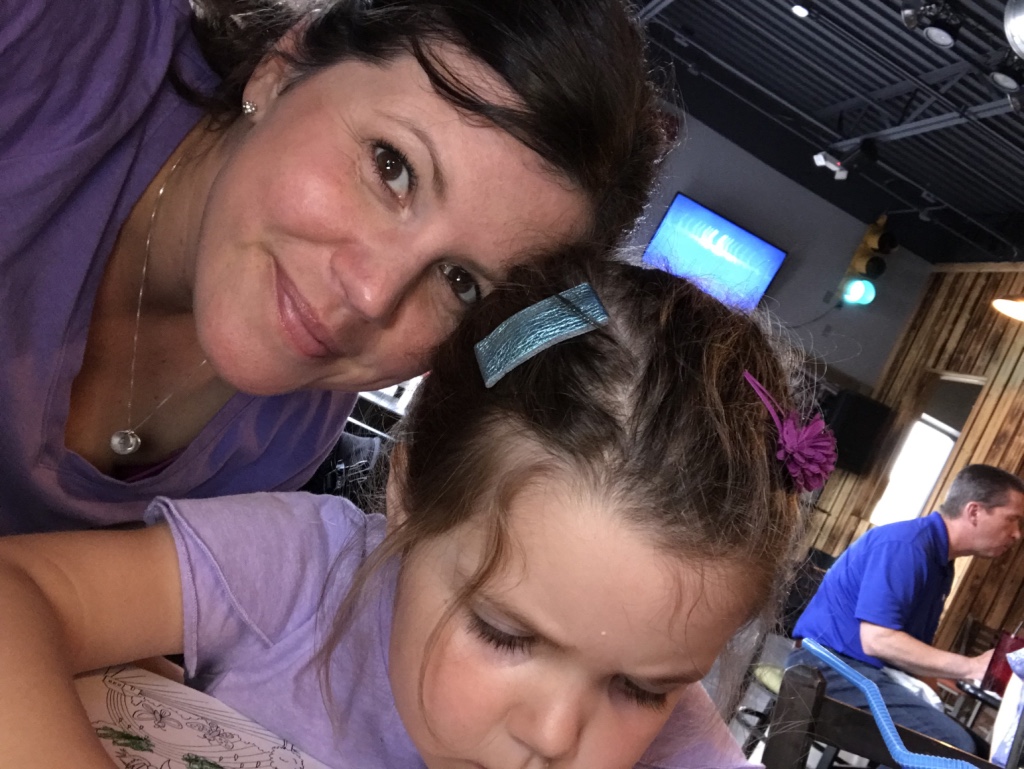 Sunday was a beautiful day! Matty took the girls for a walk while I ran to the grocery, and then we went to the Lyon Township Kite Festival. The kite flying was cool, but the girls were more impressed with the animals. Check out this giant turtle! 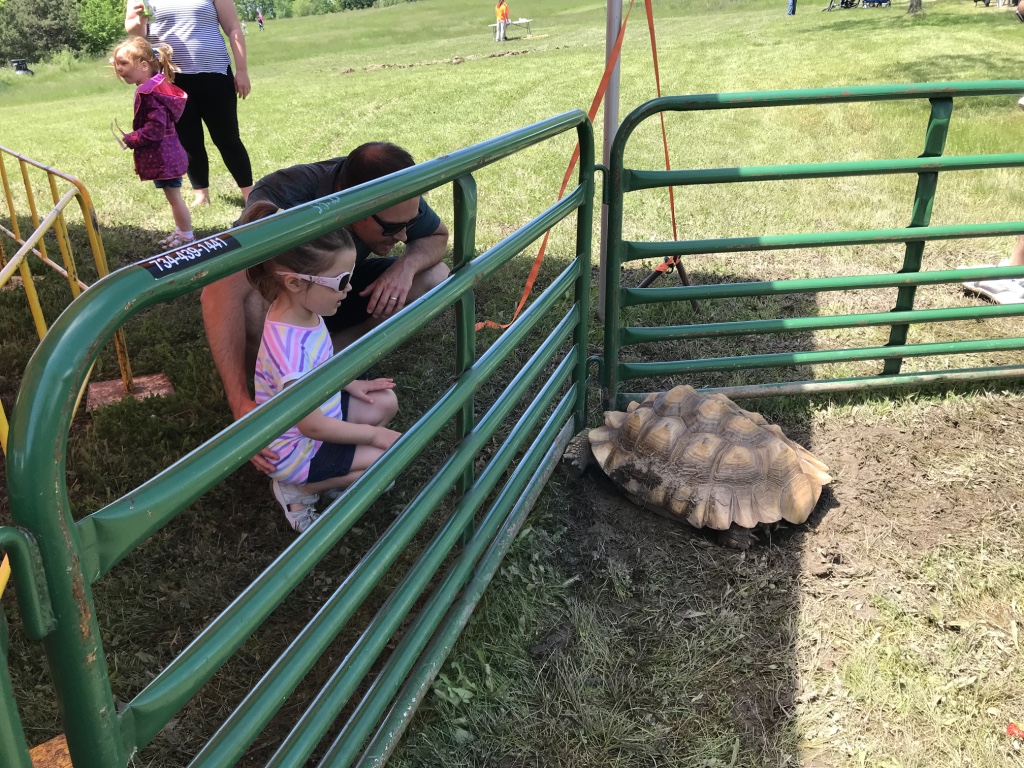 Eating snacks and waiting in line for a pony ride. 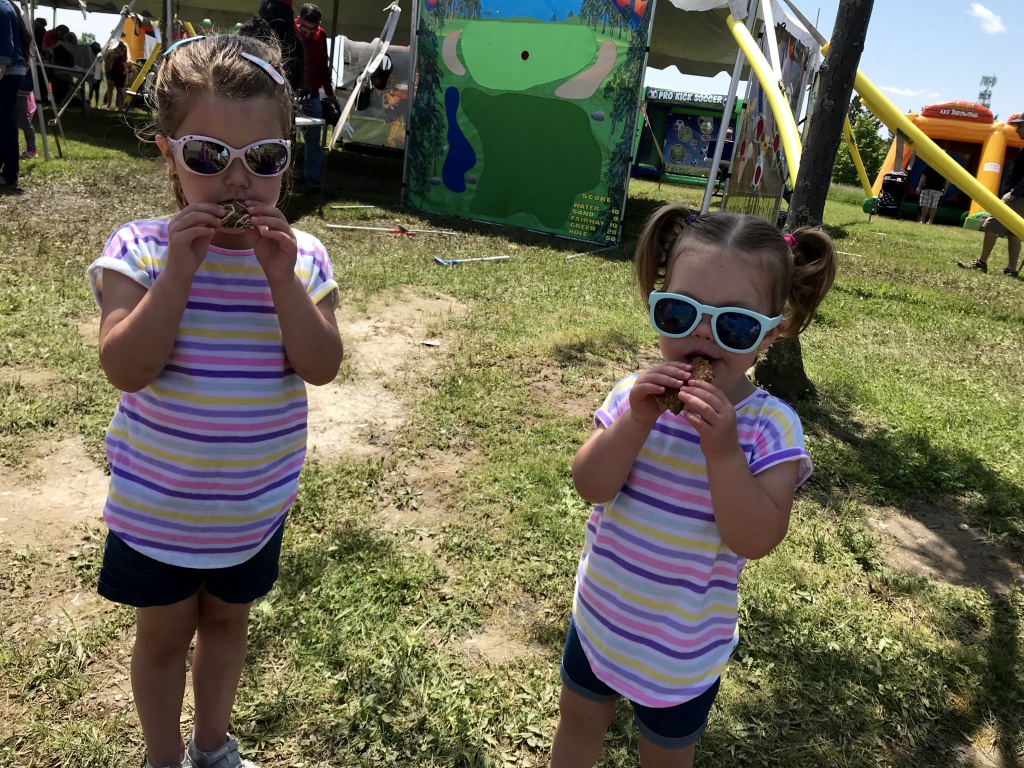 At first Emmy said she didn’t want to ride a pony. At the last minute she changed her mind and wanted to do it as long as Matty went with her. He put her on and she did great for about a second . . . until she touched the pony and it gave a little shake . . . and then the screaming started! 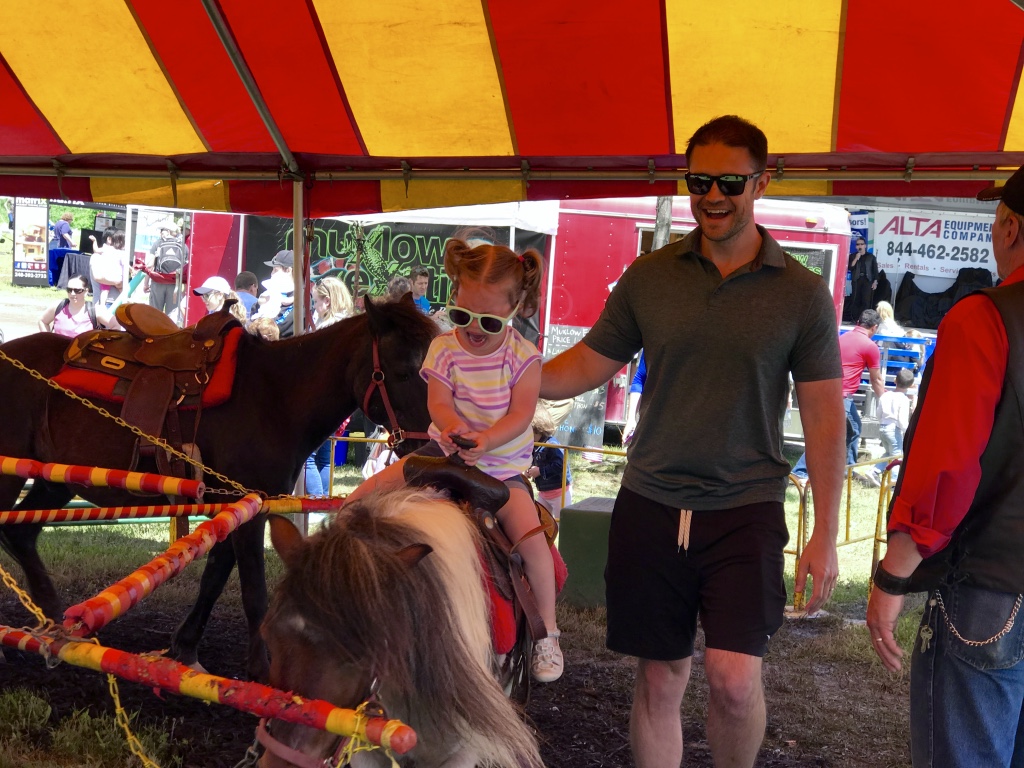 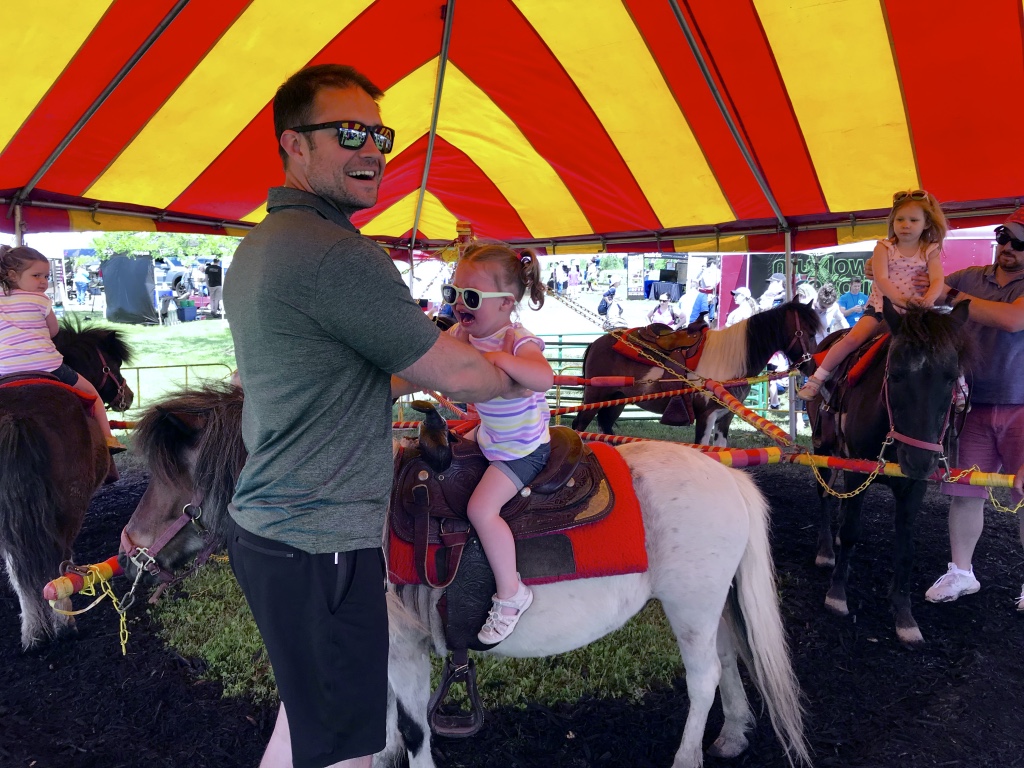 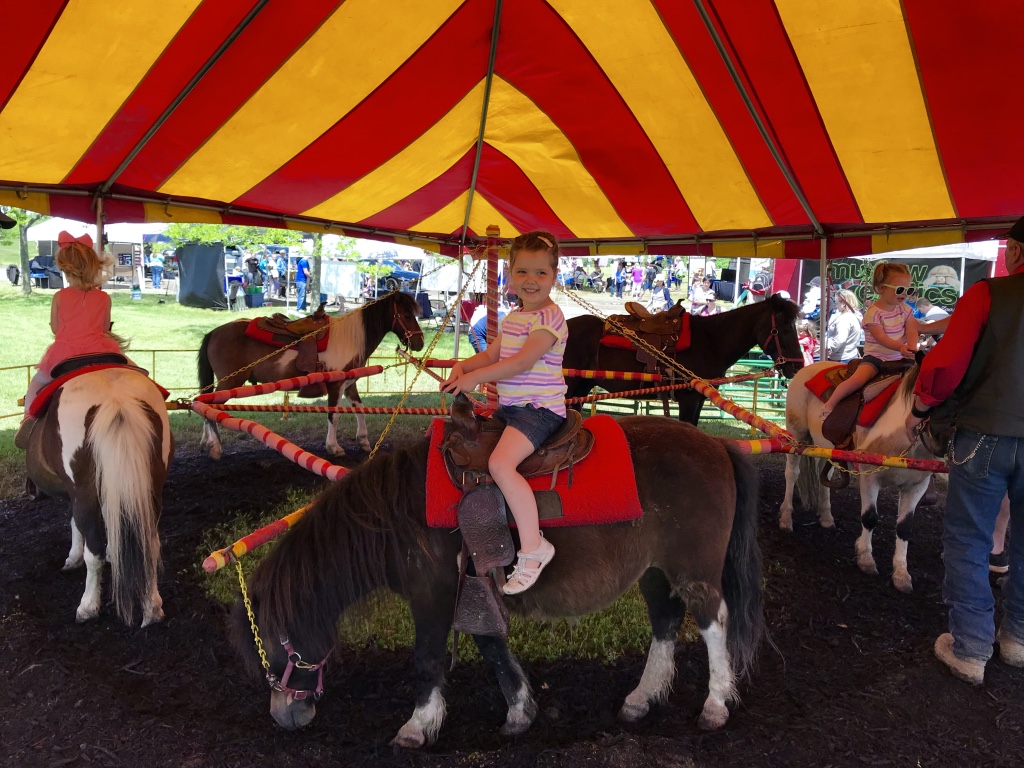 Ax throwing was a little more enjoyable for Ems. 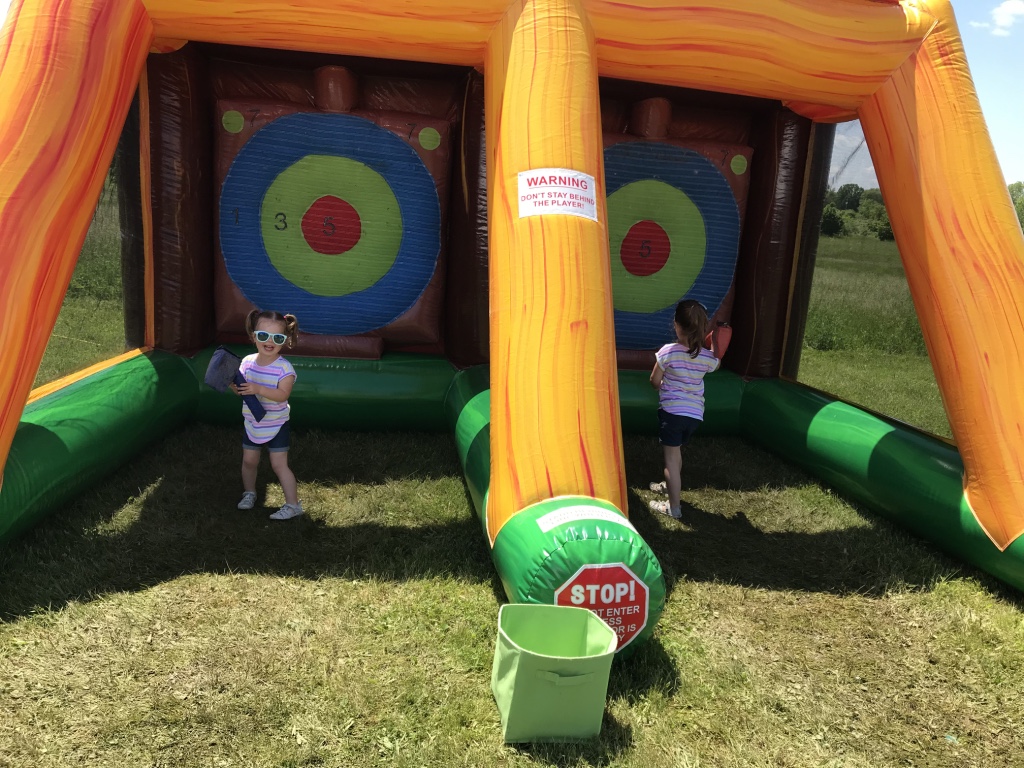 You guys . . . they had an exotic pet exhibit and Lucy wanted us to pay $10 for her to hold a TEN FOOT PYTHON! She saw an older boy doing it and kept asking about it. Neither Matty nor I were going to help her with that, so we compromised and talked her down to holding a baby alligator. #phew
This girl has no fear! She reached out for little Reggie the gator like they were handing her a cookie or something! 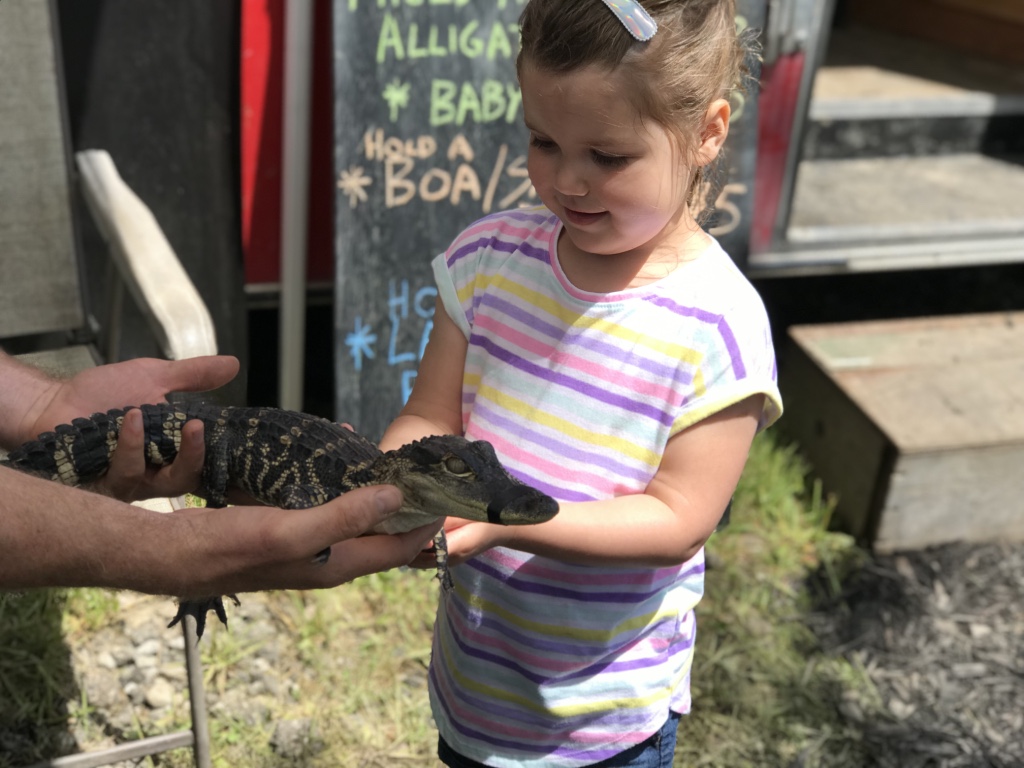 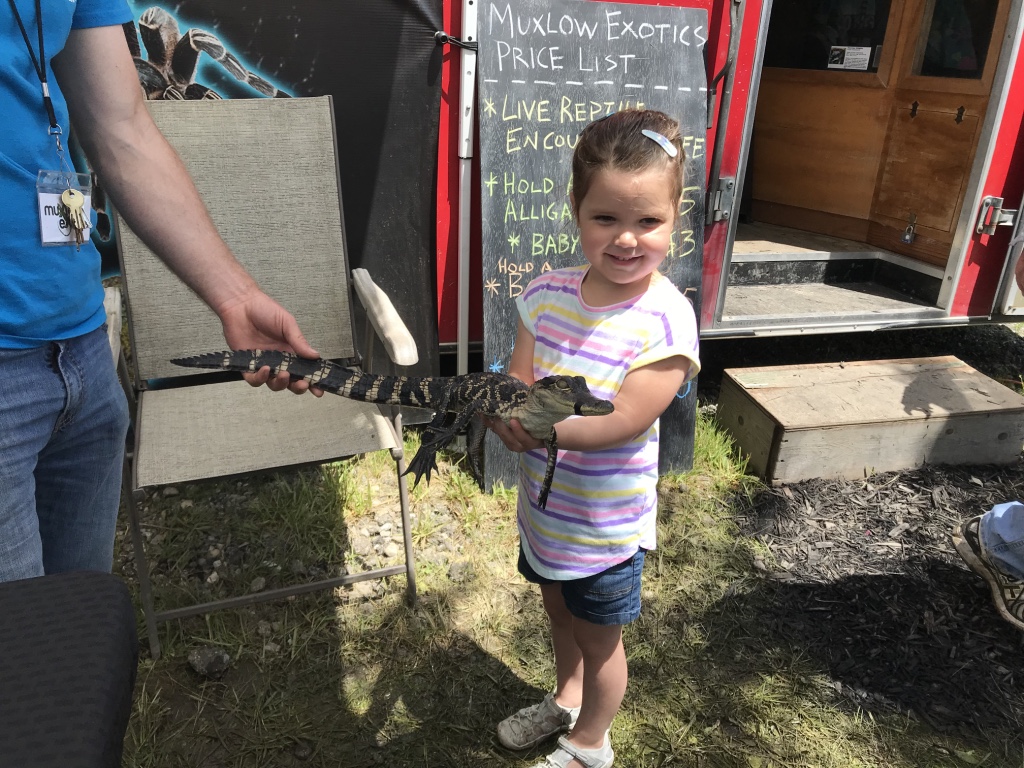 Look how proud she is! 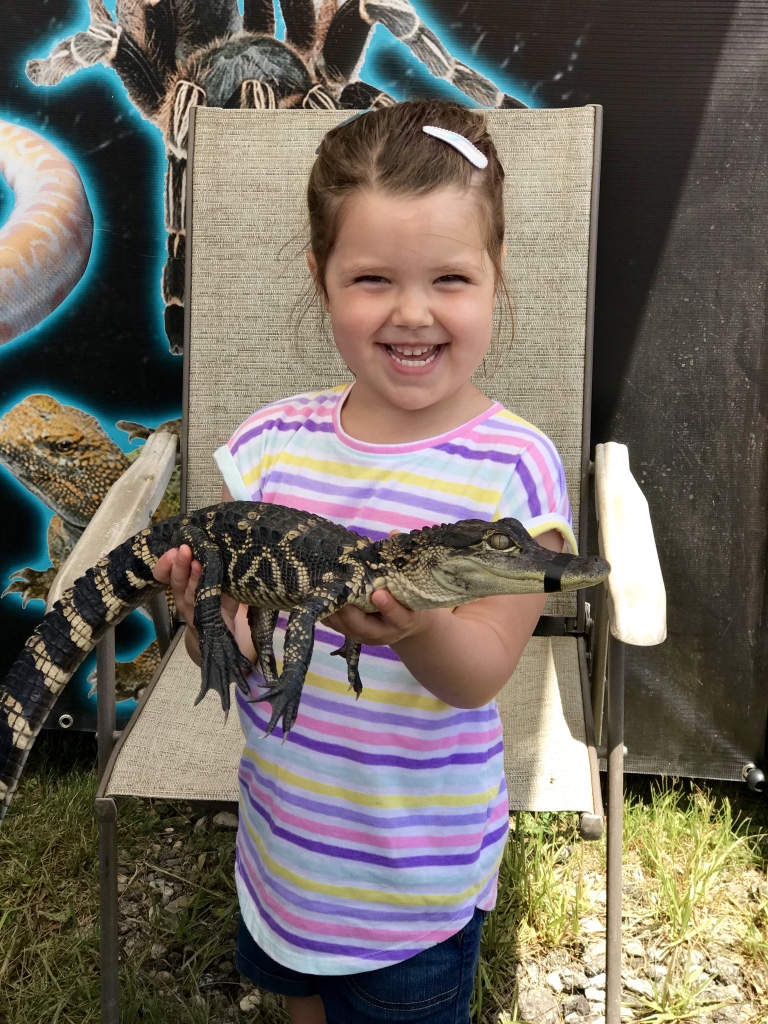 Emmy can’t handle a shaking pony, but she didn’t mind squeezing the heck out of poor Reggie’s tail! 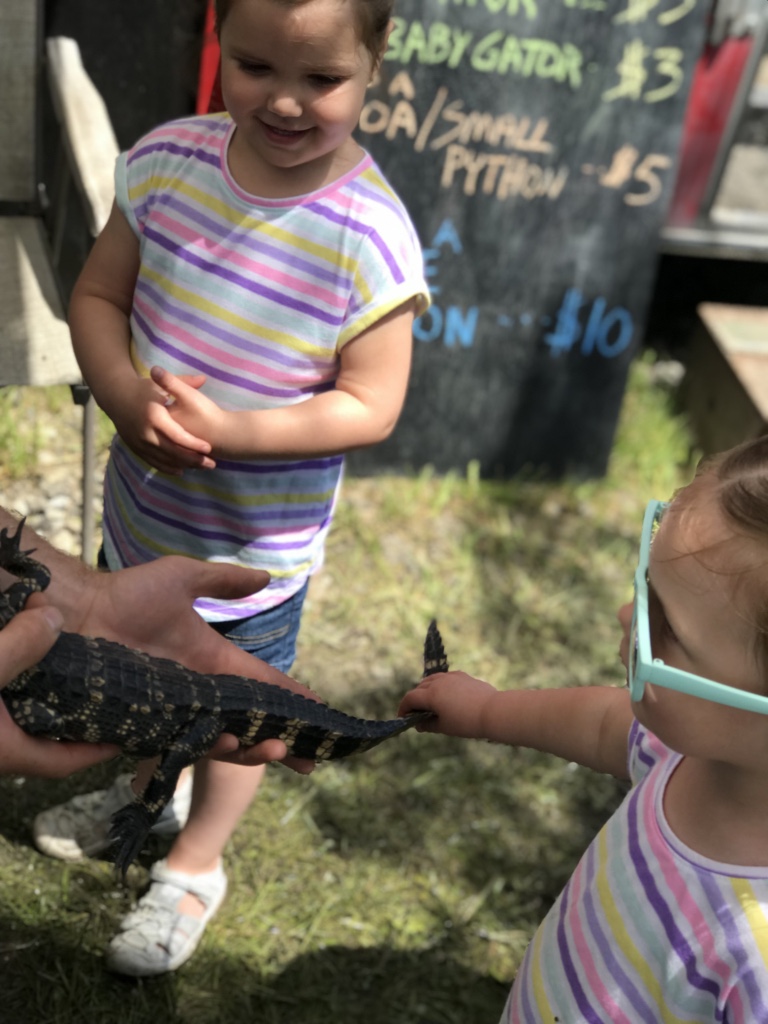 The girls got to decorate t-shirts which later served as towels for wiping off super muddy feet. I’m nothing if not resourceful! 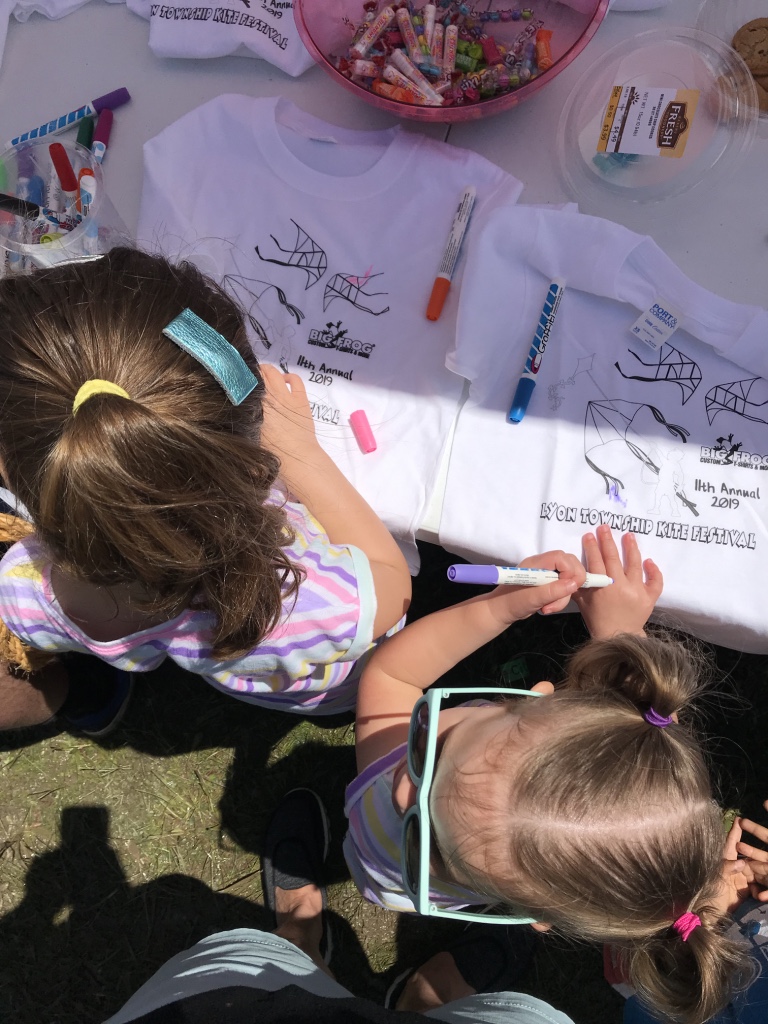 We had to park far away. We put the girls in the wagon and walked to the festival, but we decided to hop on the tractor for the ride back. 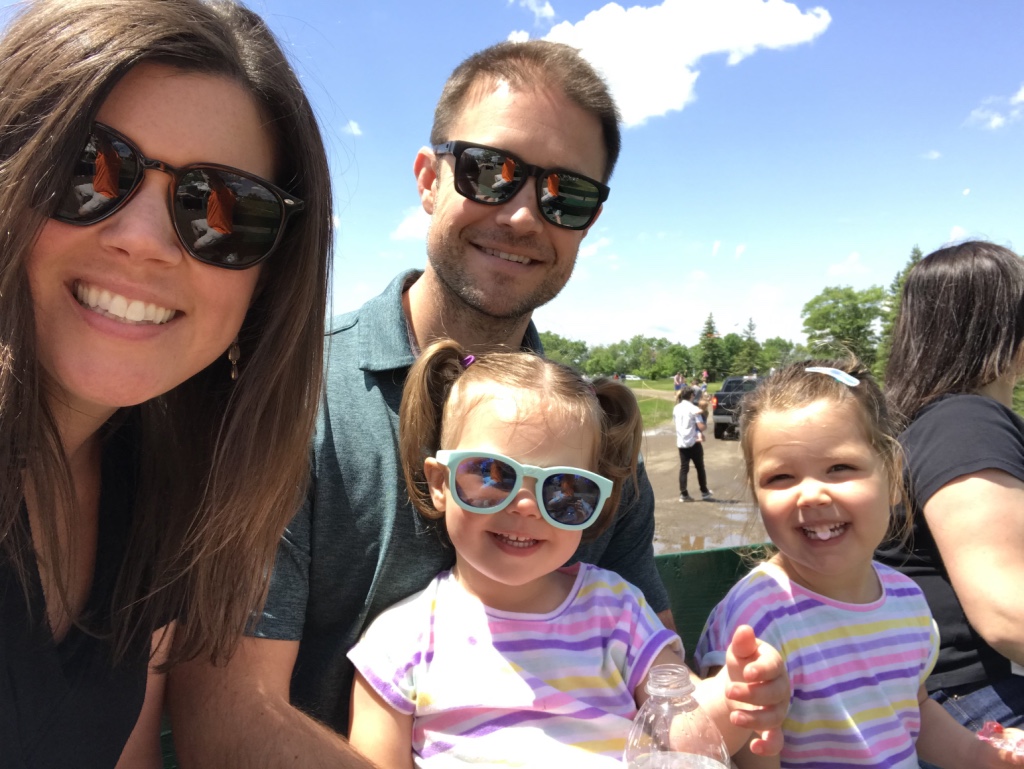 Emmy went down for a late nap while I did some meal prep, and Matty and his helpers washed his car. 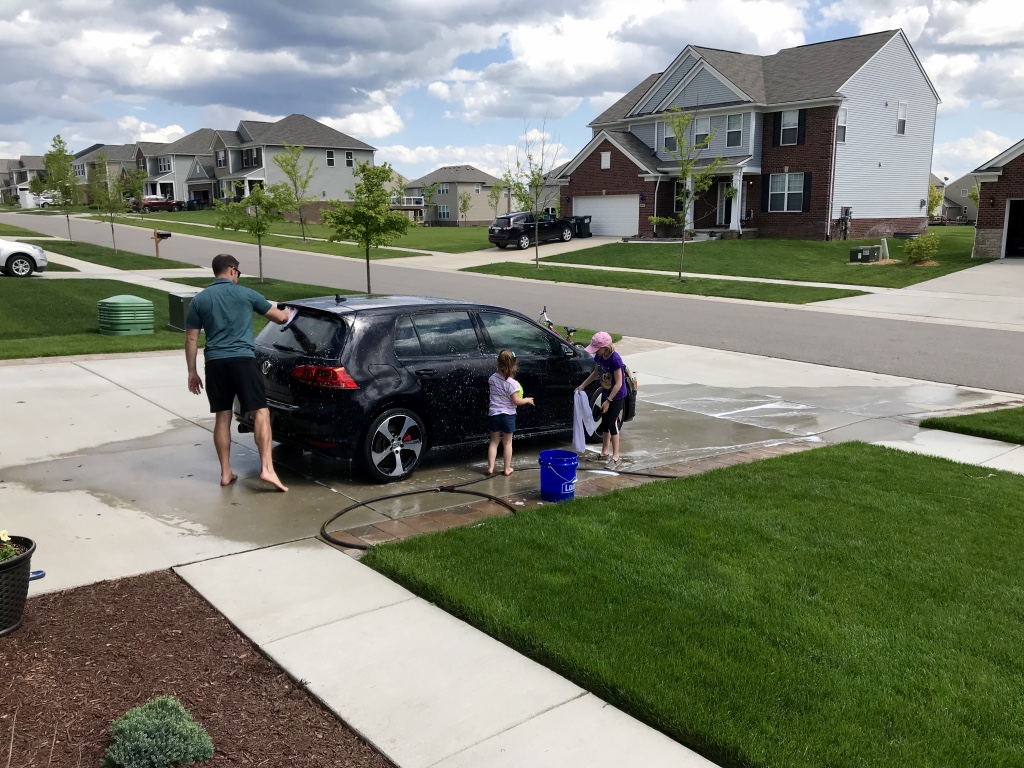 Being terrified of ponies is tiring! 😉 After nap we played outside for a loooong time and tuckered everyone out (including mama and daddy!) for bedtime. 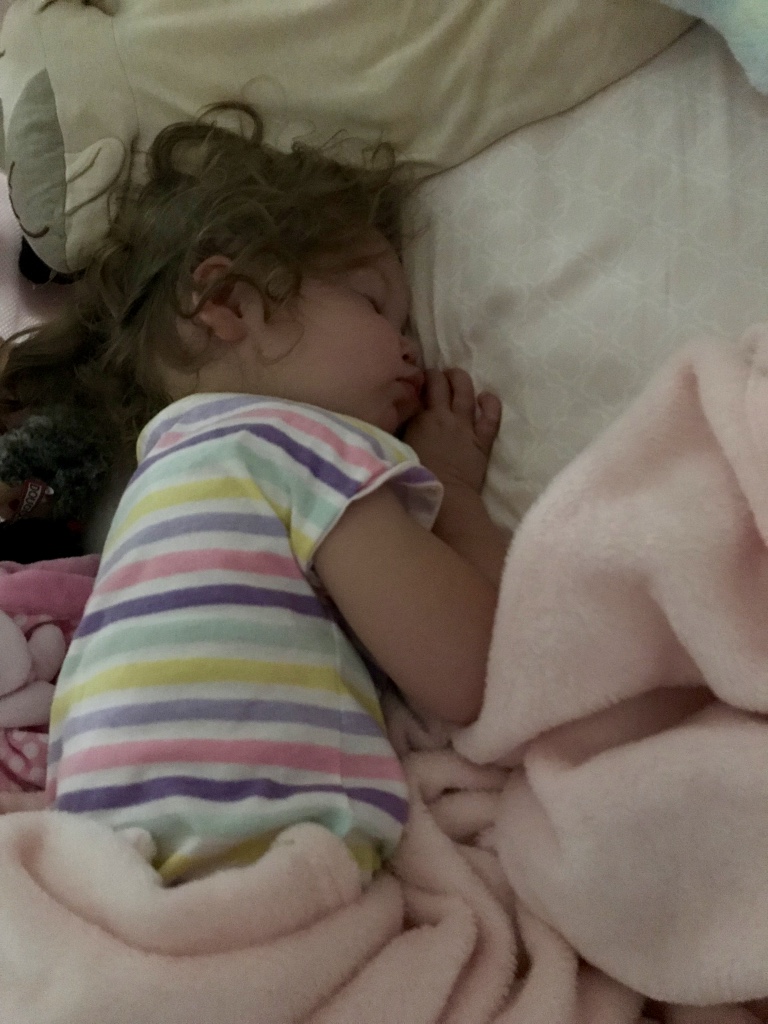 And totally unrelated to our weekend, I saw this on Instagram the other day and it definitely applies to Matty and me. I used to be able to find the bags of chocolate chips or peanut butter cups, but he’s getting better at hiding them! 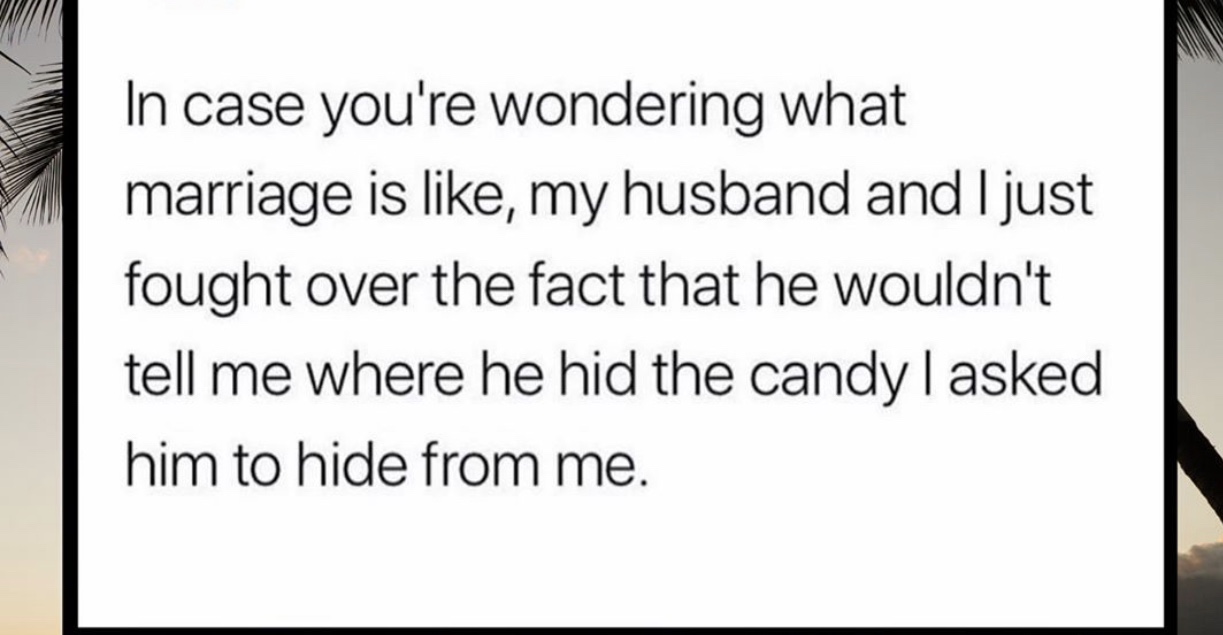 We have a busy week ahead of us starting with Lucy’s four year check up this morning. She already knows that she has to get two shots, and she is not pleased about it. I’m hoping the promise of lunch and play time at the park afterward will make it all worthwhile.
Have a great week!
XOXO