So I finally get a night where I have time to blog because Emmy isn’t screaming (yet!) . . . and my computer is acting up! For some reason it’s not loading the pictures from my phone, which means that I can’t load them onto the blog. Boo!
The girls and I spent a glorious couple of hours at the park on Monday. For the first time, Emmy grabbed the bar above the slide and swung from it like a monkey. Lucy started doing this all the time around Emmy’s age, so as soon as we got home from the park I made a comparison photo.
And that’s all you get for today! 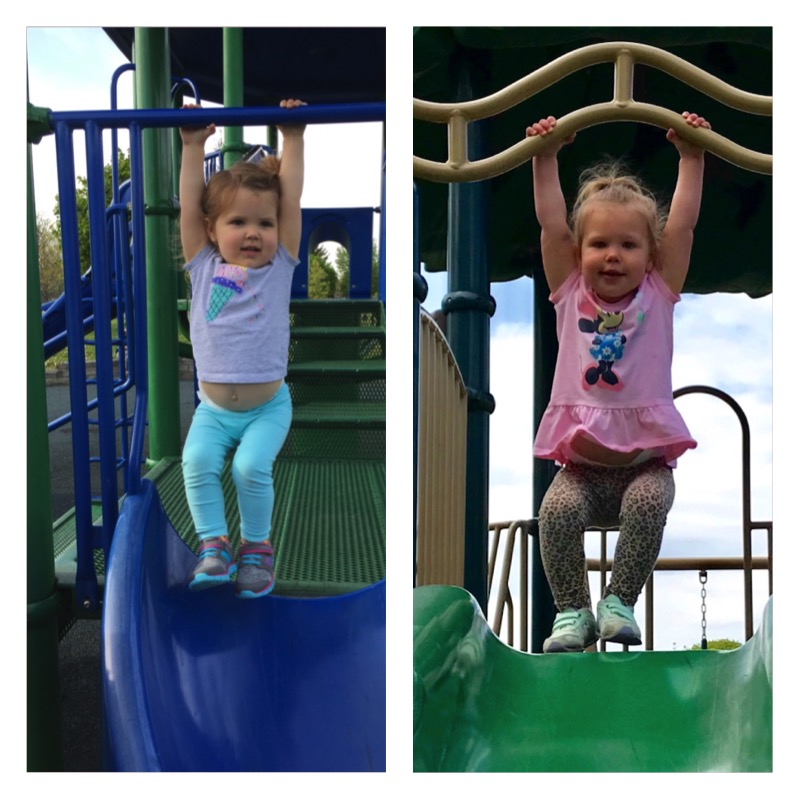 They’re about the same age in both pictures. I wish Emmy’s wasn’t so blurry. Her slide was pretty high up so I had to zoom in on the picture.
It’s funny, when Lucy started doing this I was horrified and thought it was so dangerous. When Emmy did it on Monday I was like “Go, Emmy, go! Swing like a monkey!” Time and multiple children have mellowed me, apparently. But not enough to condone the fireman’s pole or monkey bars yet!
Hopefully I’ll have things up and running for Friday.
XOXO