How did that happen so fast??

Things got a little crazy with Emmy’s sleeping issues, but I’m back and ready to share some cuteness.
Last Wednesday was a perfect weather day. Sunny, but not too hot or cold. We went to the park and could have stayed outside forever. 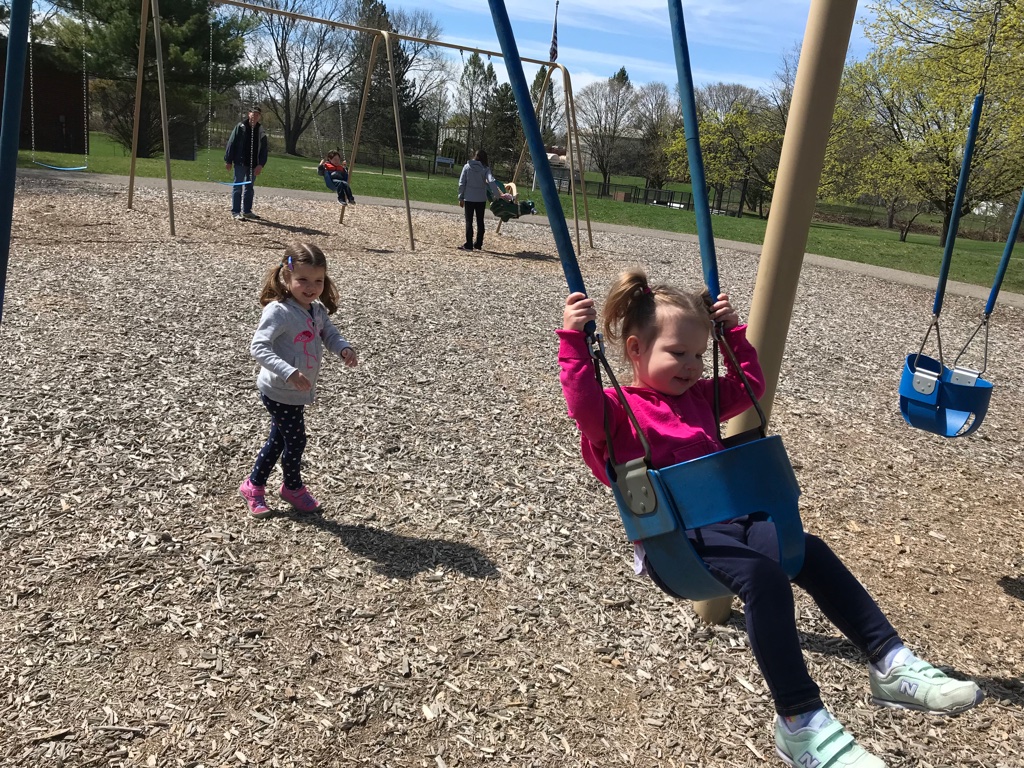 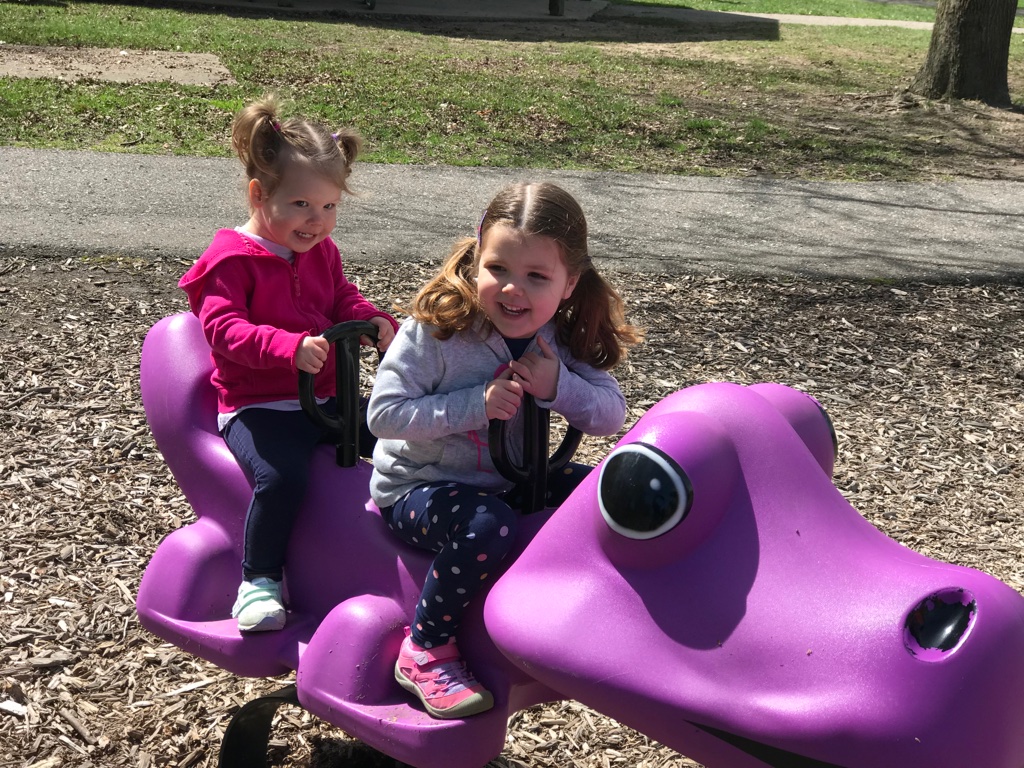 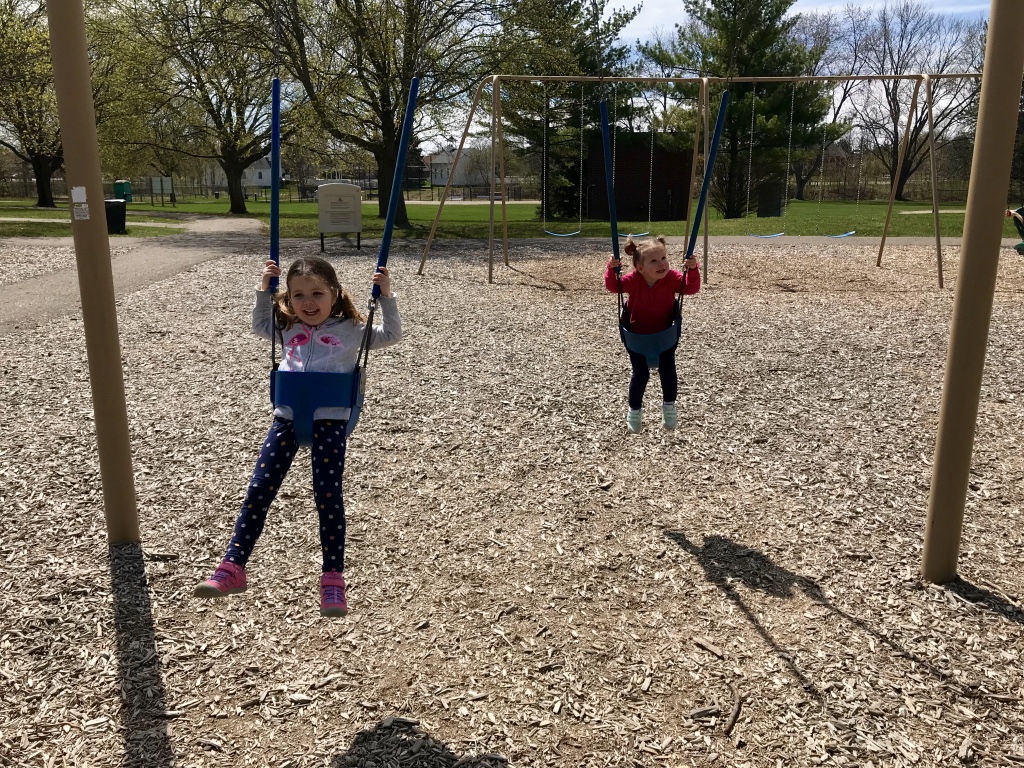 The park has a giant hill that the girls ran up and down at least a dozen times. Lucy even rolled down a few times! 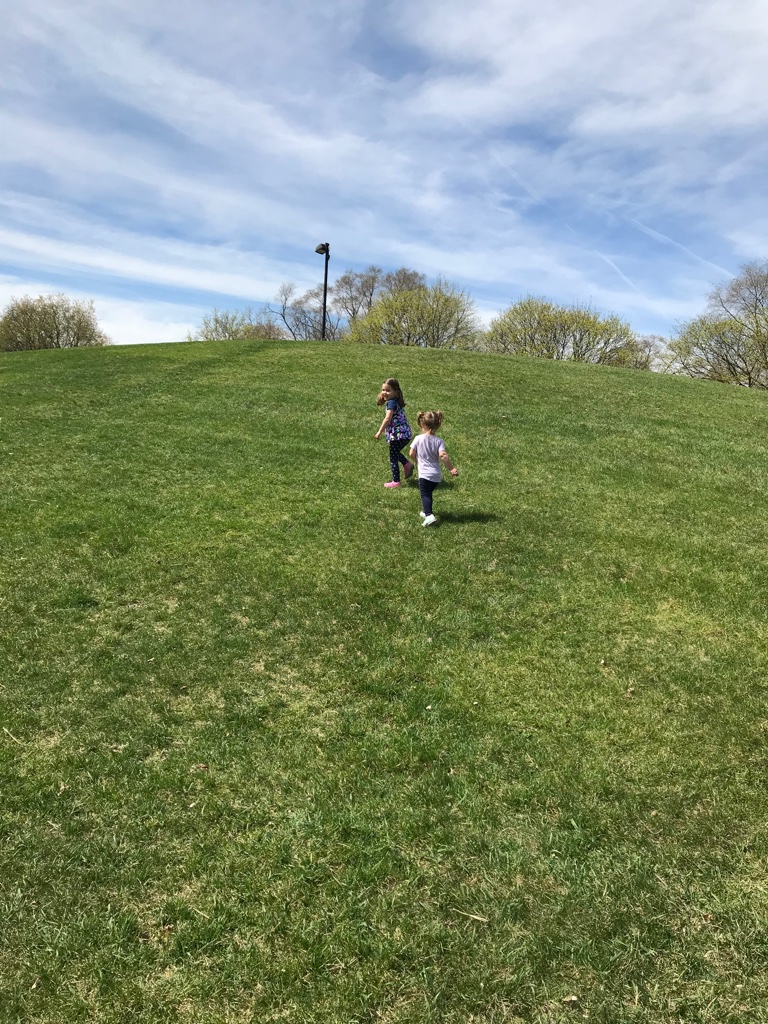 We arrived a little after 11:00, and my plan was to play for an hour or so and then head home for lunch. We were having a great time and then one of Lucy’s school friends showed up so I felt bad making Lulu leave right away. So . . . at 1:30 we were still playing, no one had eaten lunch, and I was hangry! I did something I’ve never done before and stopped to get the girls Wendy’s for lunch. I even let them talk me into eating it there. The girls gobbled up their meals, and we all shared a frosty. It was a perfect day! 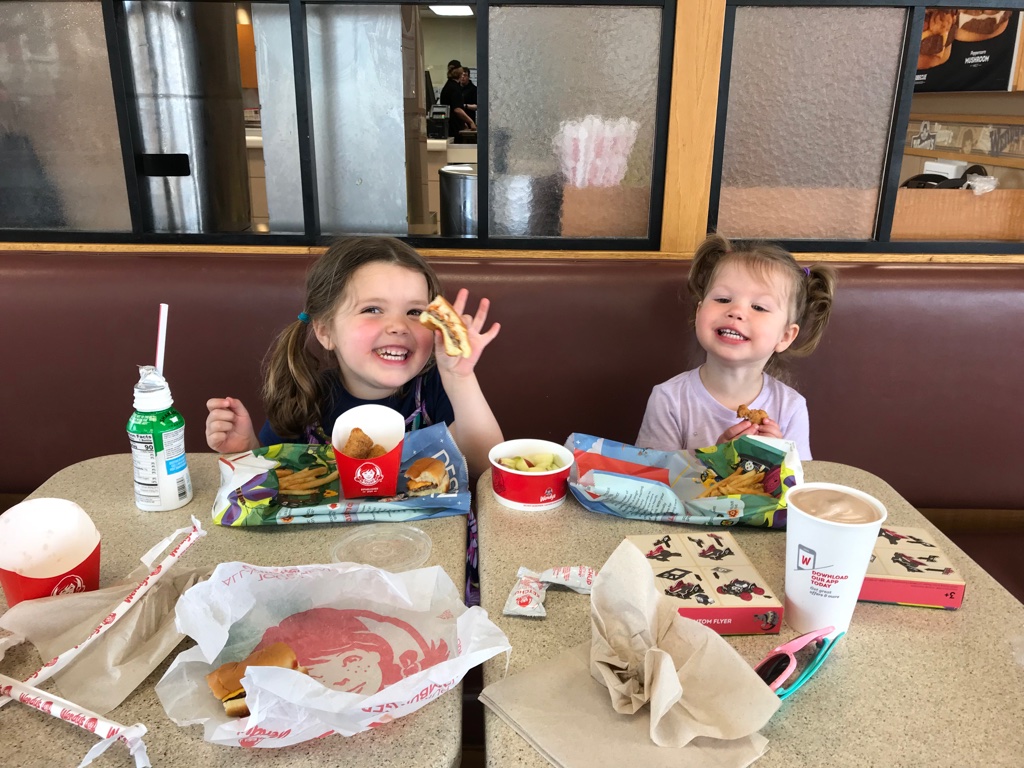 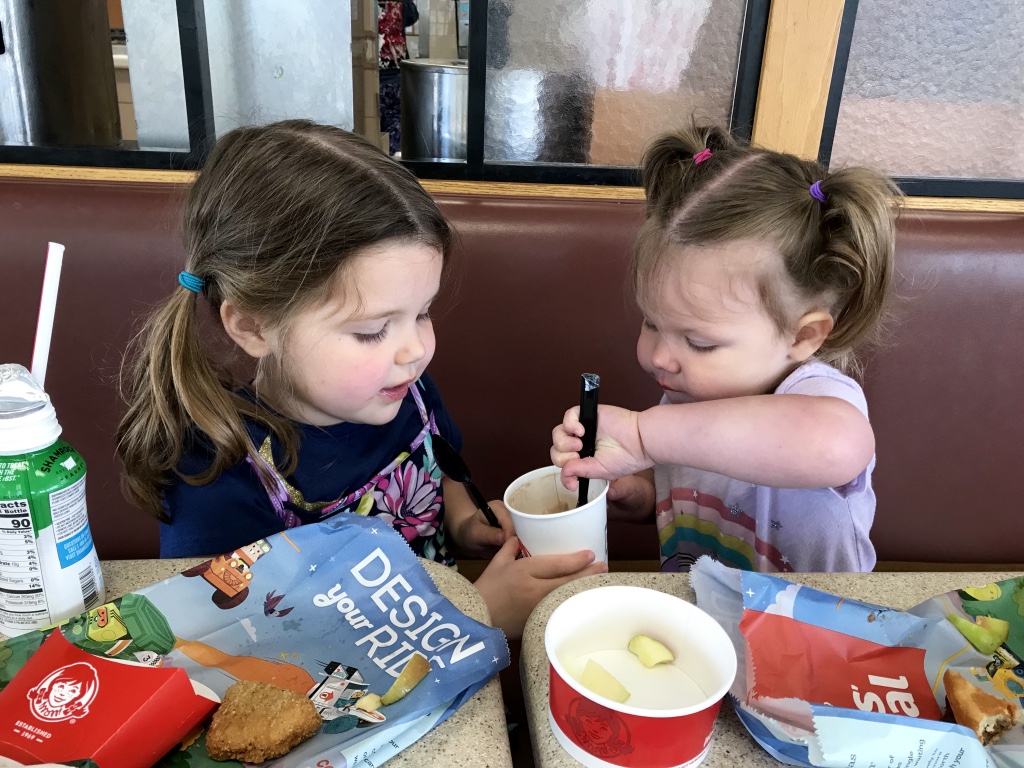 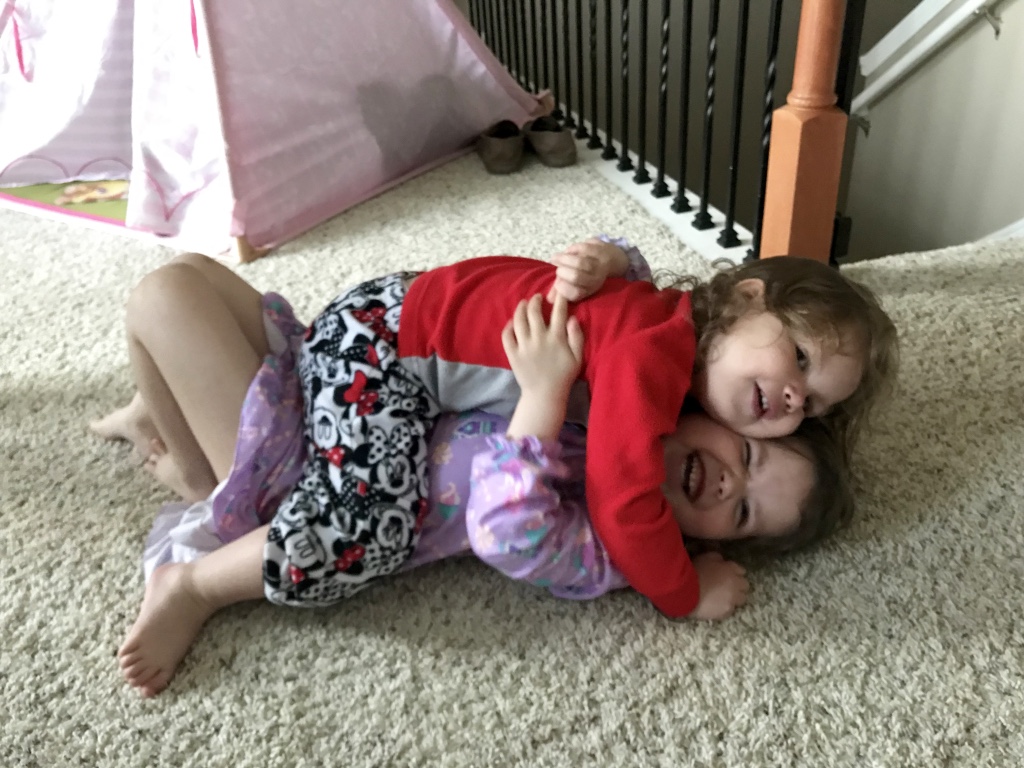 Thursday morning was the start of a big day. Matty was off for the rest of the weekend! After Lucy finished preschool, the girls got dropped off at my parents’ for TWO nights while Matty and I had ourselves a little staycation. Everyone was excited! 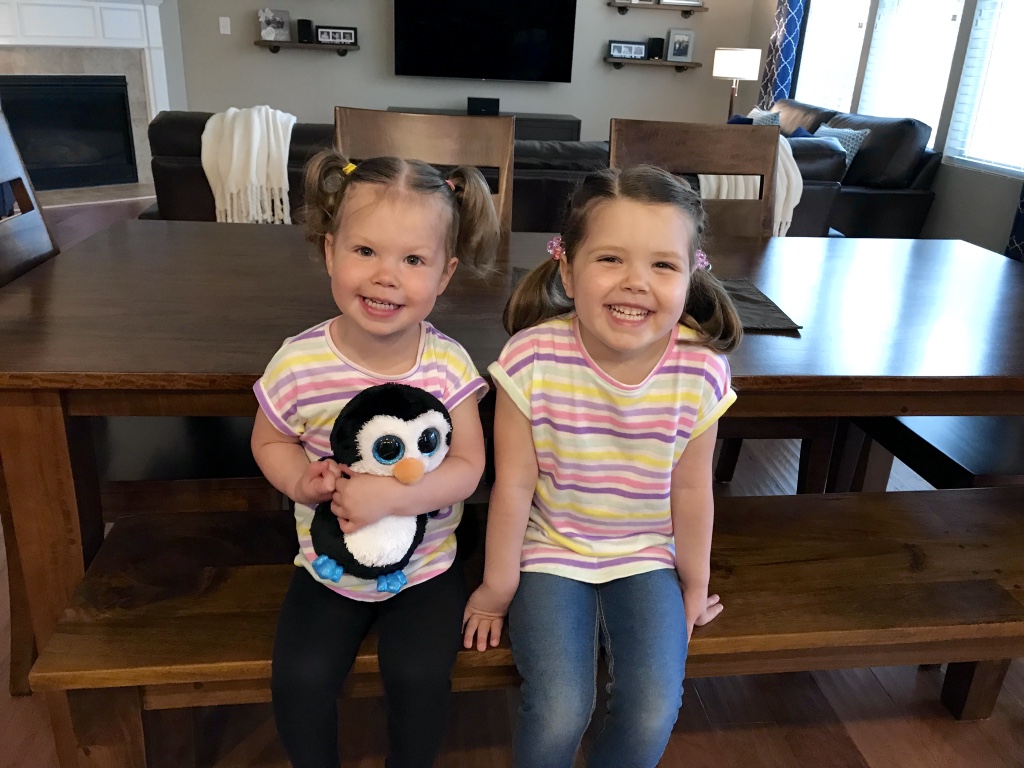 Lucy was especially excited to have her daddy drop her off at school. 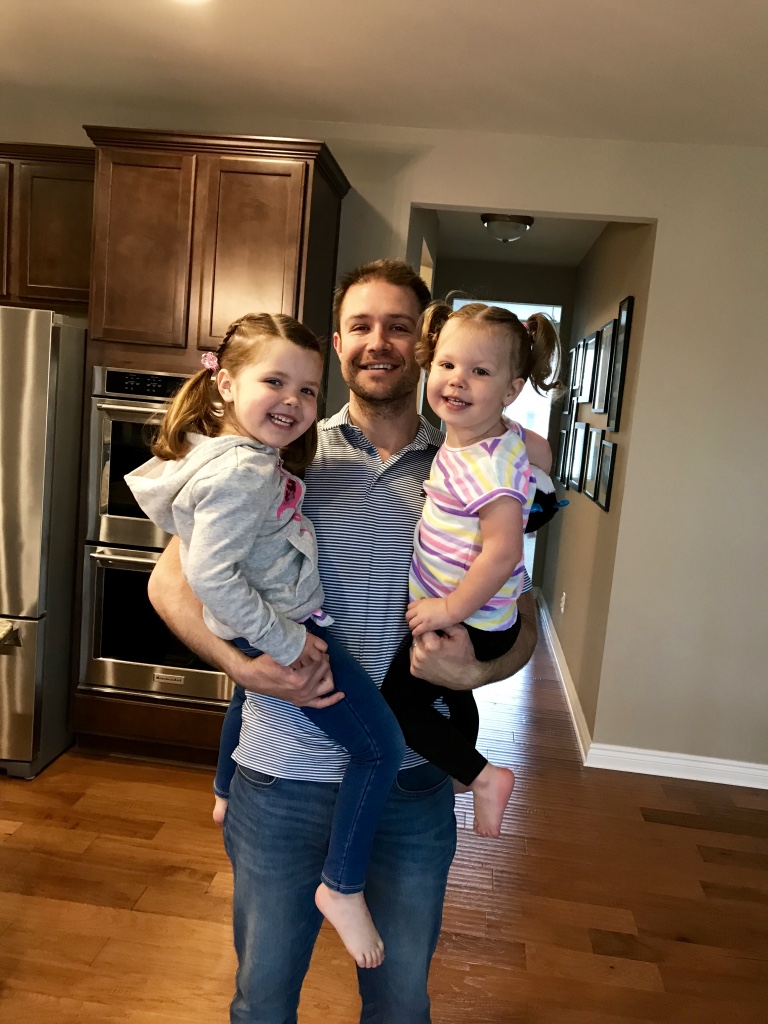 Lucy only wanted Matty to go to drop off, so Emmy and I stayed home and packed the girls’ things. 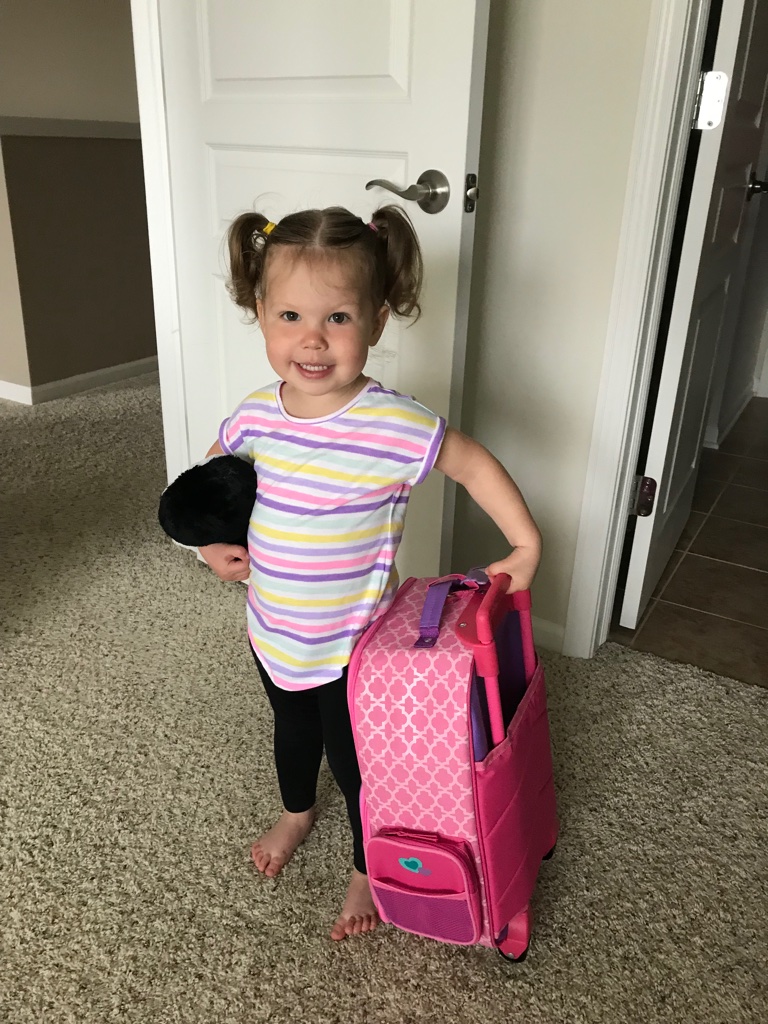 After drop off, Matty took Emmy for a walk so I could finish the packing. I could definitely get used to having help during the week! 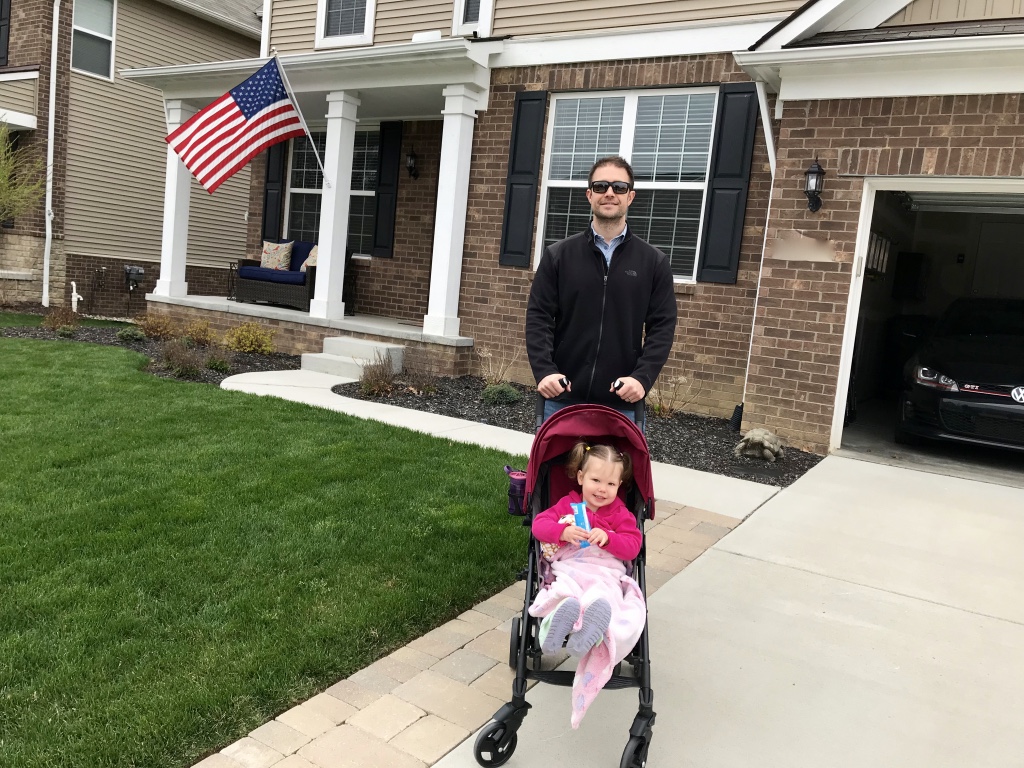 Matty and I must have been delirious with excitement over two nights off from parenting because we thought it would be fun to surprise the girls with donuts for the drive down to my parents’ house. The plan had been to get donut holes, but when Emmy got excited over a sprinkled, frosted donut I couldn’t say no! 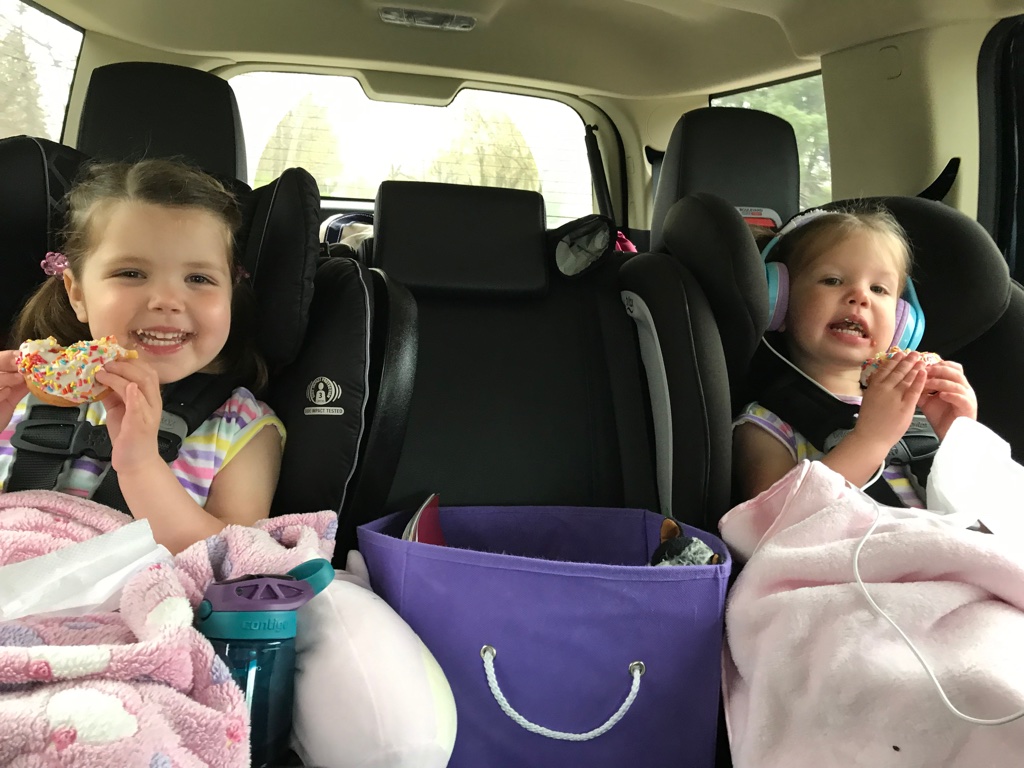 That was Thursday morning. The very next picture I took was Saturday afternoon on our way to pick up the girls. There was plenty of delicious meals, shopping, house work, yard work, and relaxation in between!
We made a quick stop at Bob Jo’s for some custard before picking up the girls . . . 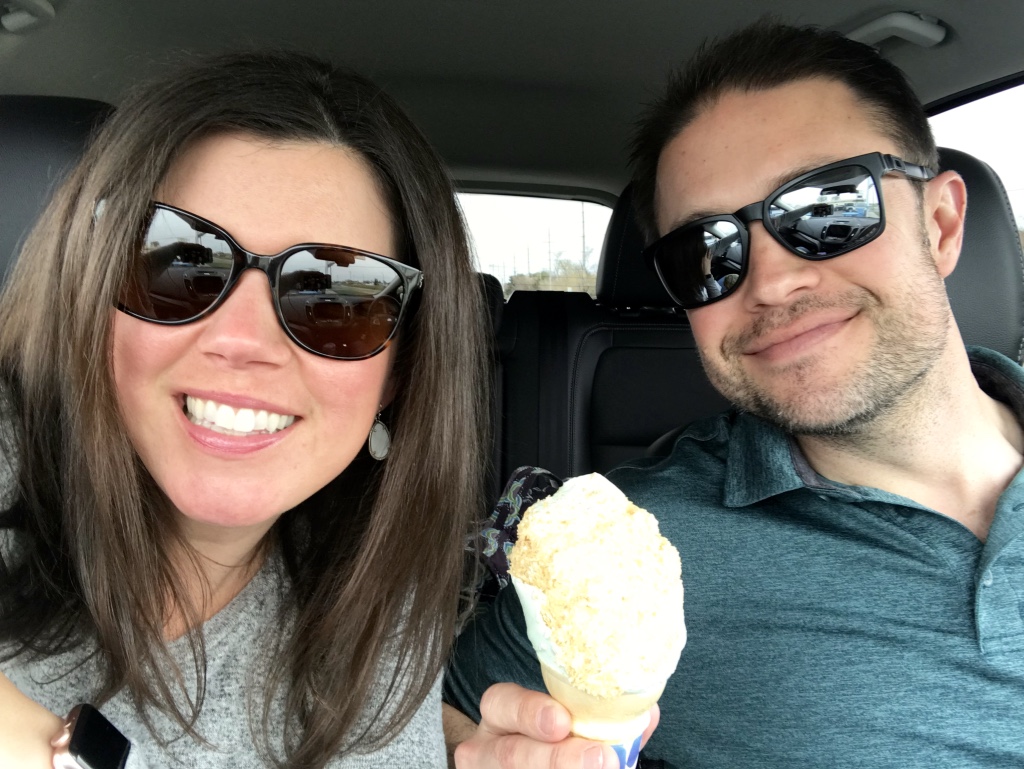 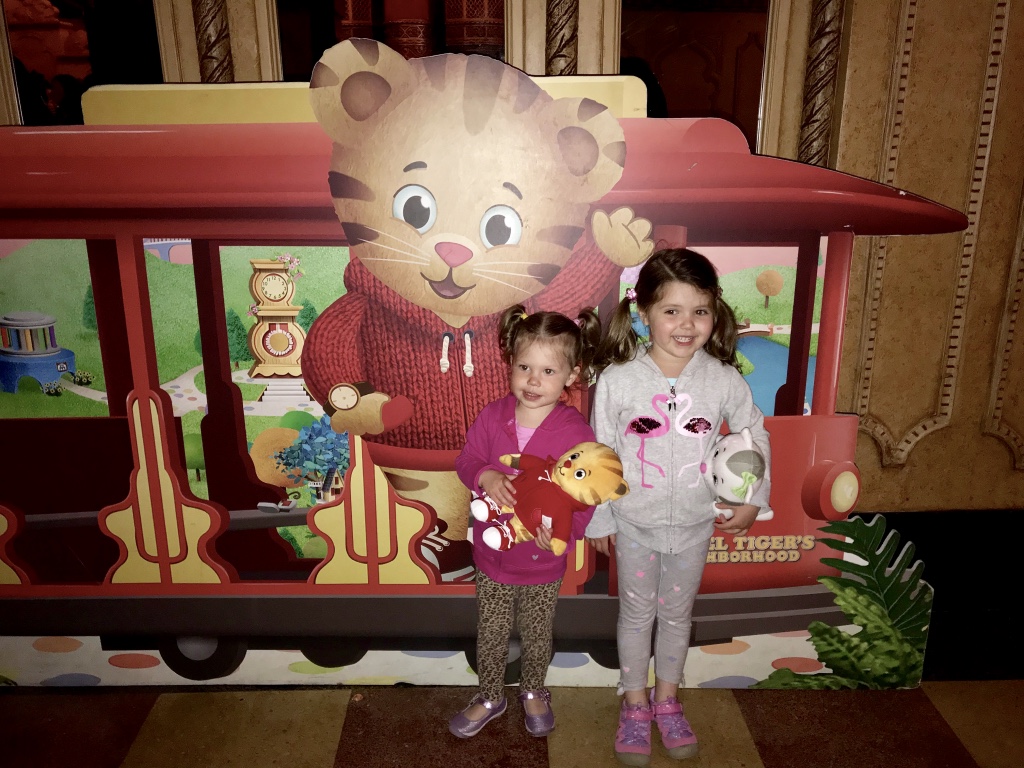 We were in the 2nd row and there was plenty of room in front of us, so when I asked a woman seated directly behind me to take our picture I assumed she would stand up and go in front of us. Wrong! She just held up my phone and then waited while we had to get the girls out of their seats and turned around for this failure of a photo! 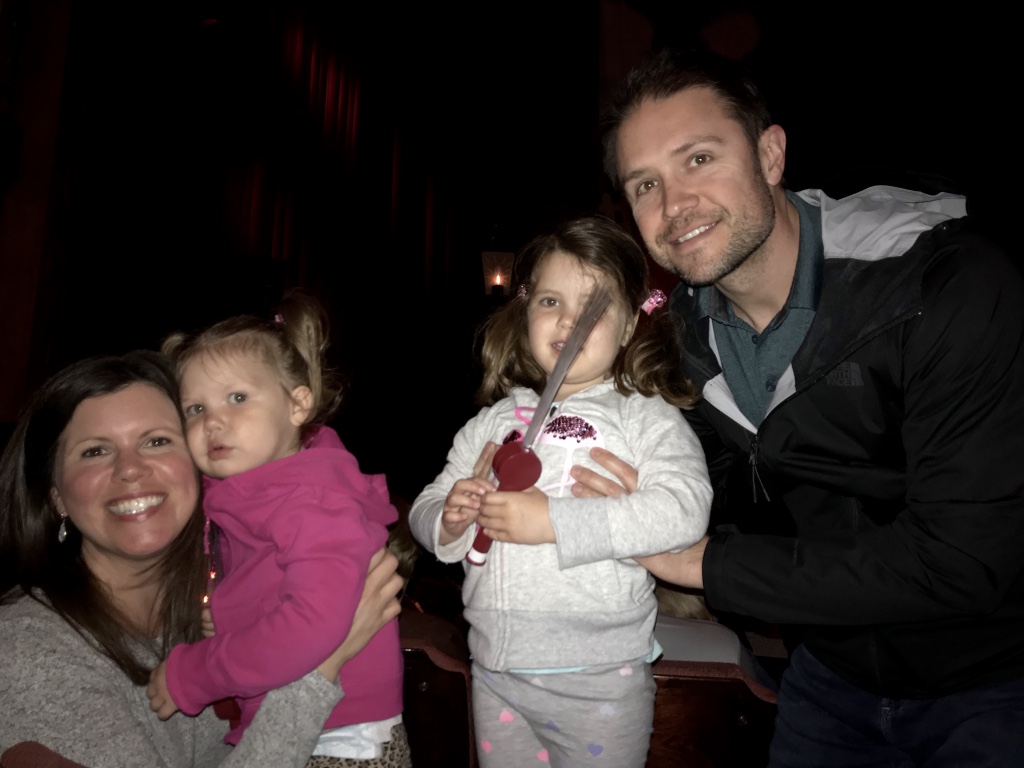 Sunday was another great weather day. We had an early dinner and then went for driveway cupcakes to celebrate a neighbor’s birthday. Please note that the girls both got the exact same cupcake at the exact same time. Emmy devoured hers without getting any blue frosting on her, and Lucy took a sweet forever to eat hers and was covered in blue! 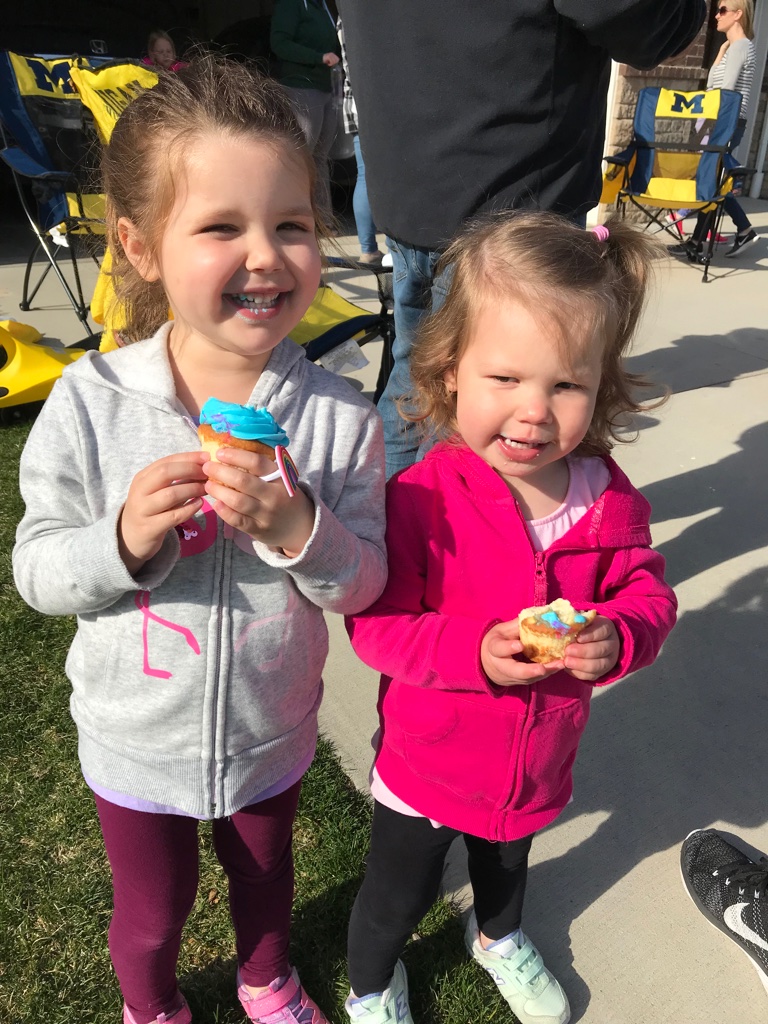 After cupcakes we high tailed it to the park to burn off all that sugar before bedtime. 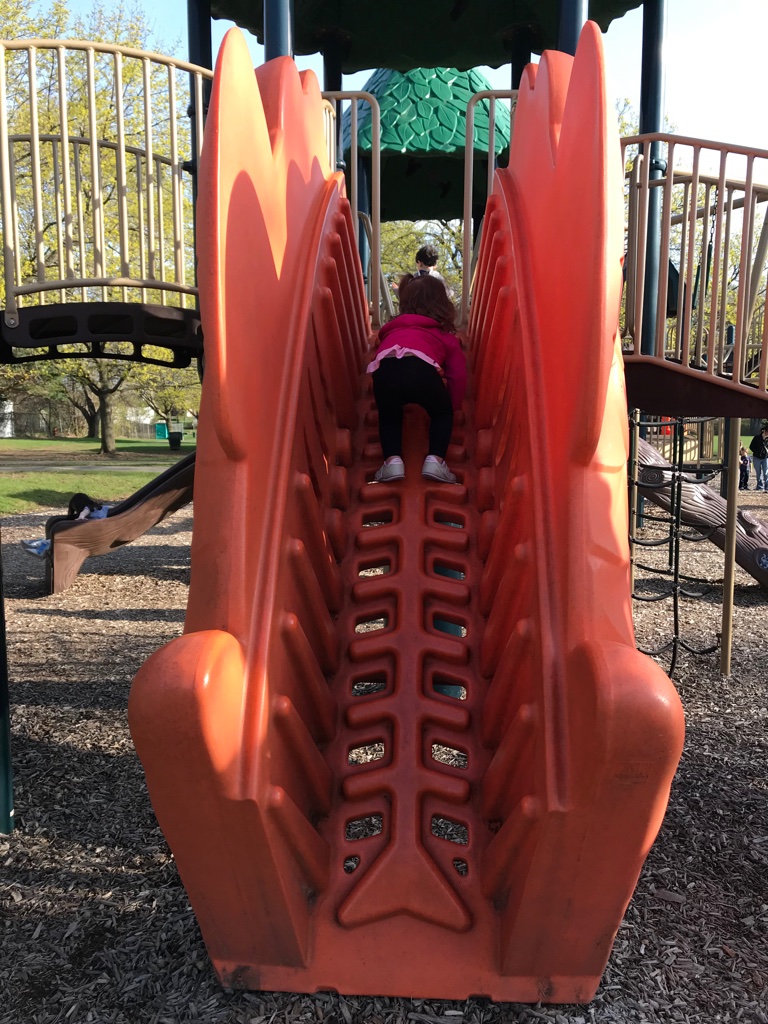 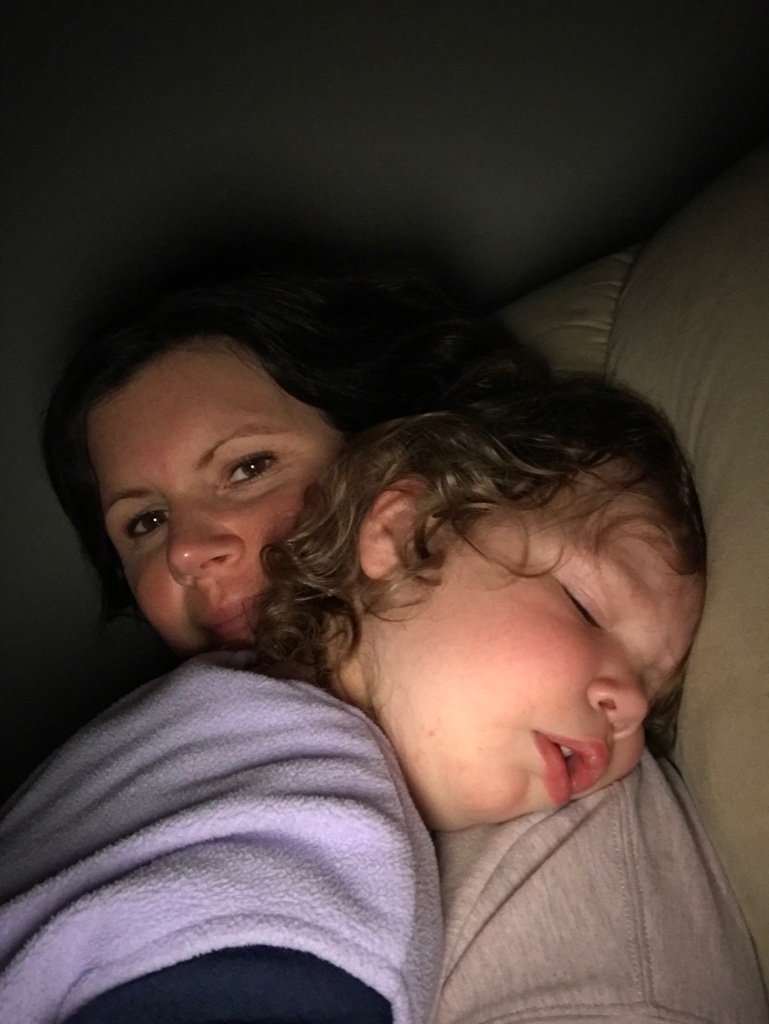 Some nights I’m more tolerant of the crying than others. I’m a big believer in letting her cry it out, but it’s been three weeks already and things aren’t getting better. Even I have my breaking point and when my baby is screaming for her mama, sometimes I just have to give in! 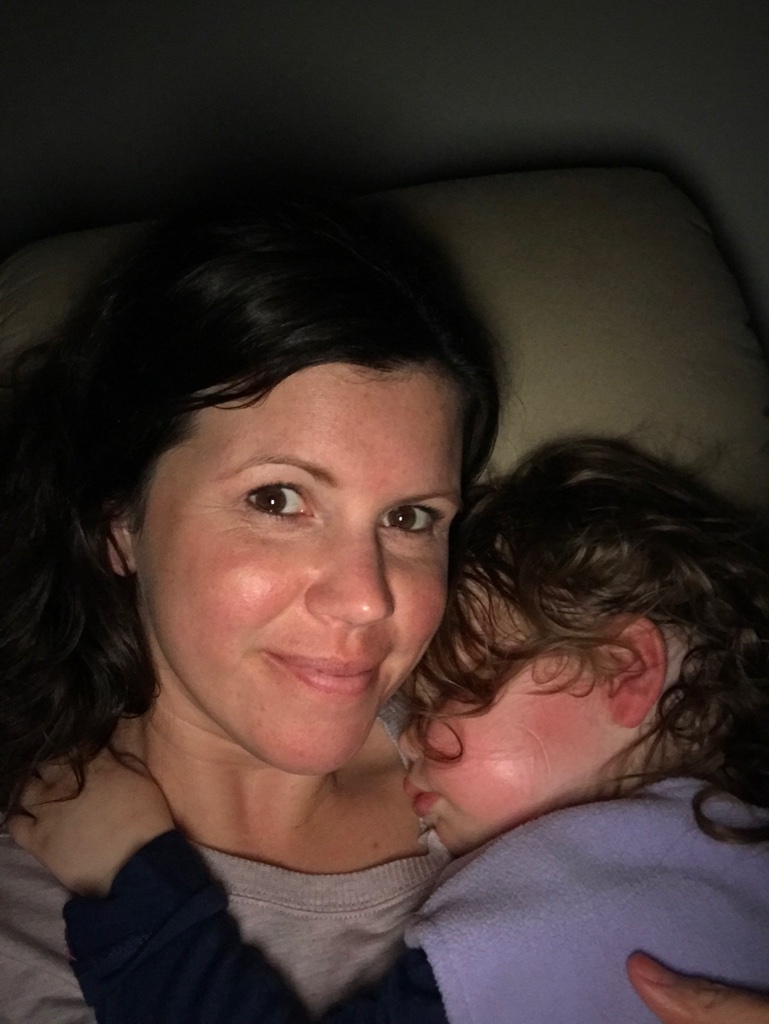 The girls did their best to try and push the wall over the other morning . . . 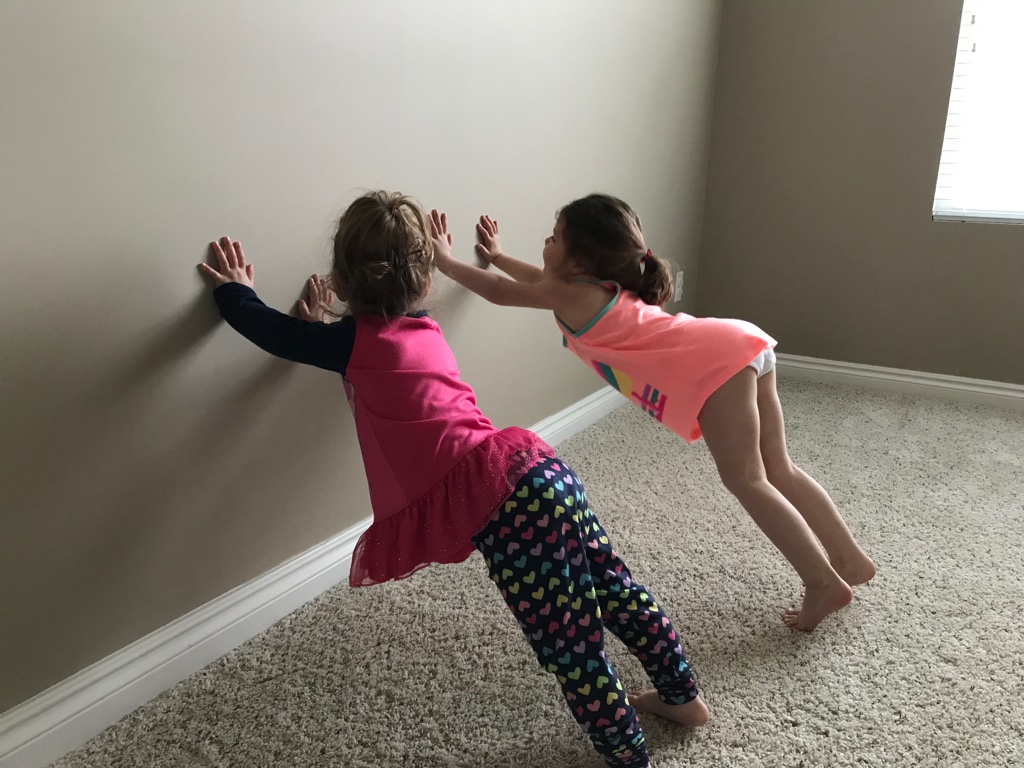 . . . but eventually gave up and enjoyed some banana bread for breakfast! 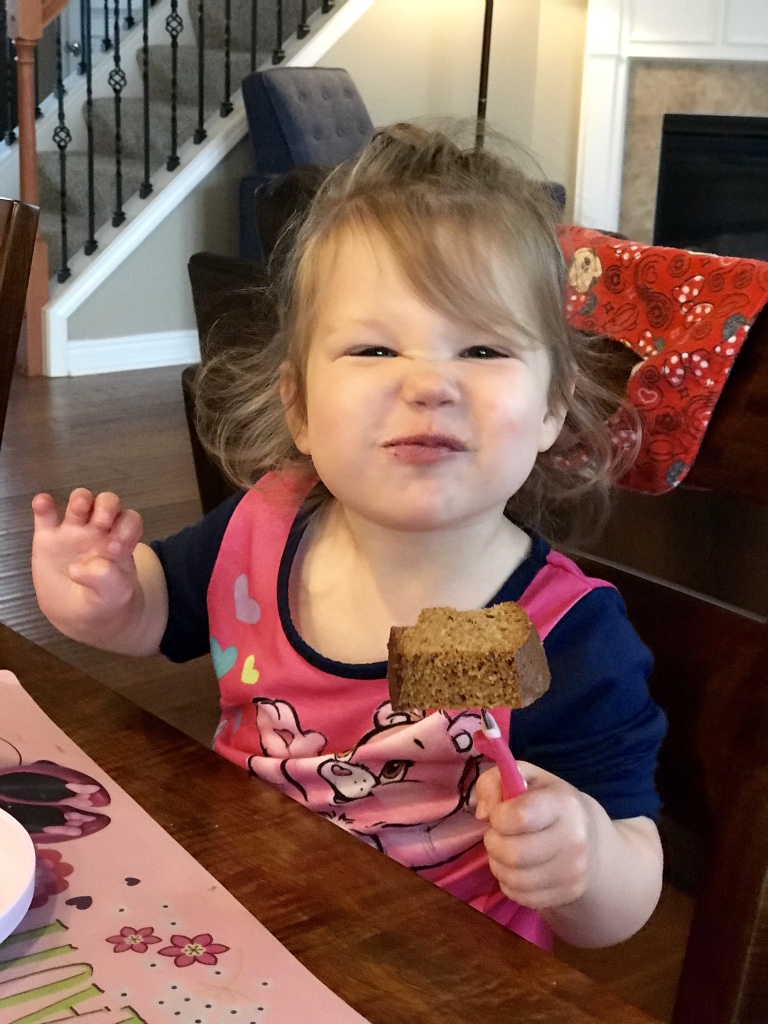 And then I took both girls for their dental check ups. Lucy did great as always! 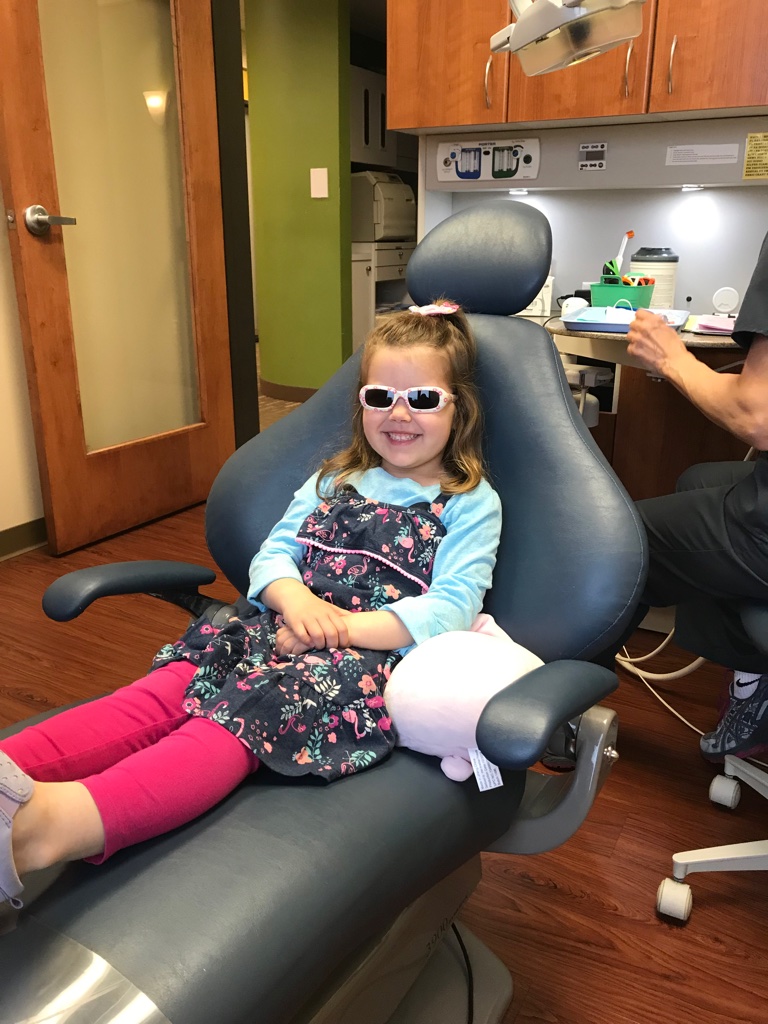 I was geared up for scream fest 2019 with Emily and had every right to expect it based on her doctor appointments.
You guys . . .
SHE DID GREAT!
She sat on my lap in the chair, opened her mouth super wide, and chose fruit punch flavored polish. Look at those adorable teeth! 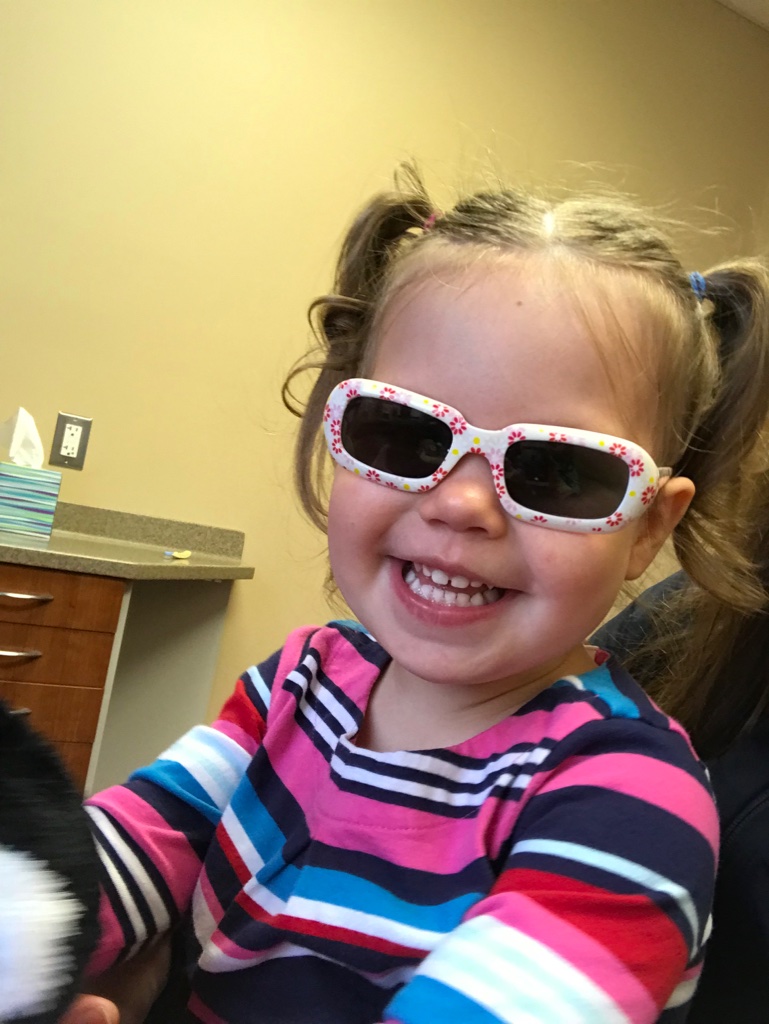 That’s all for today.
See you Friday!
XOXO