. . . is owning me.
Google tells me that the two year sleep regression is definitely a thing; I’m not just imagining it.
I probably don’t remember it from Lucy because it was right around the time Emmy was born so everything was regressing at home! 😉
Remember this picture? It was a happier time when Emmy’s crib didn’t automatically produce tears and clinginess. 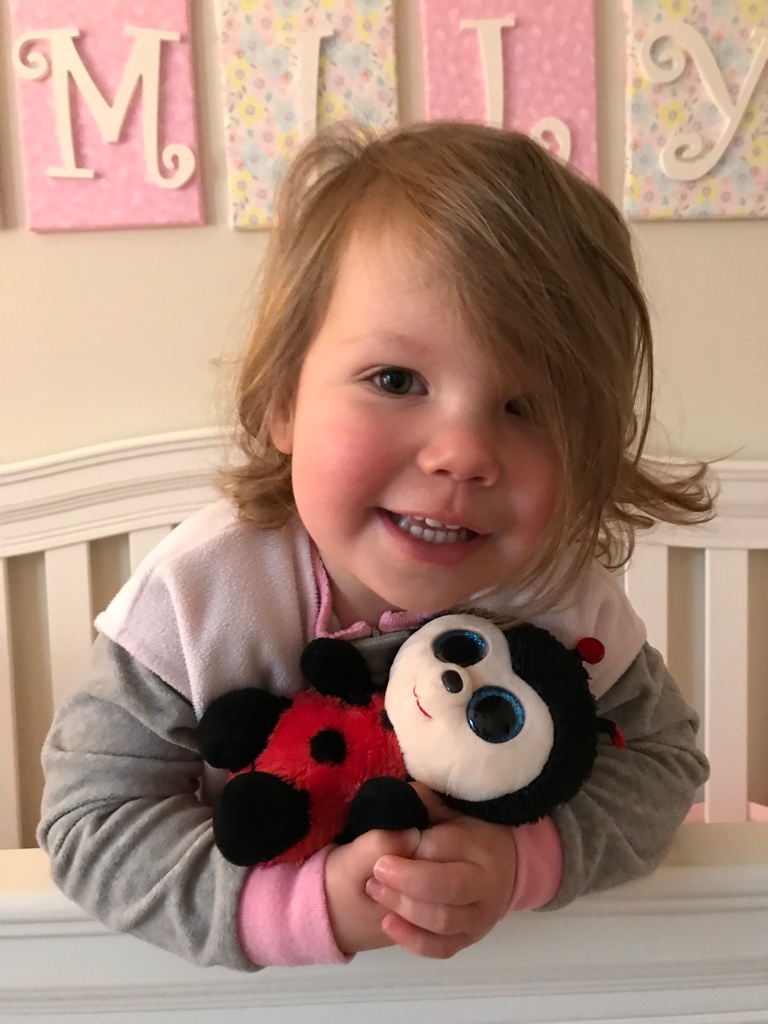 This regression happened in stages for Emmy over the course of about a week to ten days, and we can certainly tell the progression.
Stage 1
EXTREME separation anxiety all day every day
Stage 2
Crying when it was Matty’s night to put her to bed, but still doing fine once he read to her and laid her in her crib.
Stage 3
Crying when I put her to bed, but still going to sleep once I read to her and laid her down.
Stage 4
Starting right away in the morning asking if it was mommy’s night to put her to bed, and also starting to exhibit the crying right before nap time as well.
Stage 5
Bloodcurdling (no joke!) screaming when either Matty or I would lay her down at nap or bedtime, but eventually quieted down and went to sleep.
Stage 6
Bloodcurdling screaming continues. She’ll fall asleep for an hour or two and then wake up and do it again.
We are firm believers in the crying it out method, but we still have our limits. It doesn’t matter how many times I eventually end up going in to soothe her throughout the night, as soon as I leave the room the screaming starts.
Google says that two year olds suddenly develop a strong fear of being alone and FOMO regarding what other people are doing while they’re sleeping. (Mom, that means “fear of missing out!”) I know Emmy will go back to normal eventually, but sooner rather than later would be nice. I’m telling you, once you’re out of the newborn stage it’s hard to imagine how you ever survived it because sleep deprivation is no joke!
I had some friends over on Tuesday morning, and Emmy and I were both pretty darn tired after being up so many time throughout the night. Apparently, Ems wasn’t feeling social because she stayed in the backroom the entire time! She alternated between resting on the chair and playing with a few toys while fussing for me to help her every two minutes. She didn’t really cry at all, so I guess it could have been worse! 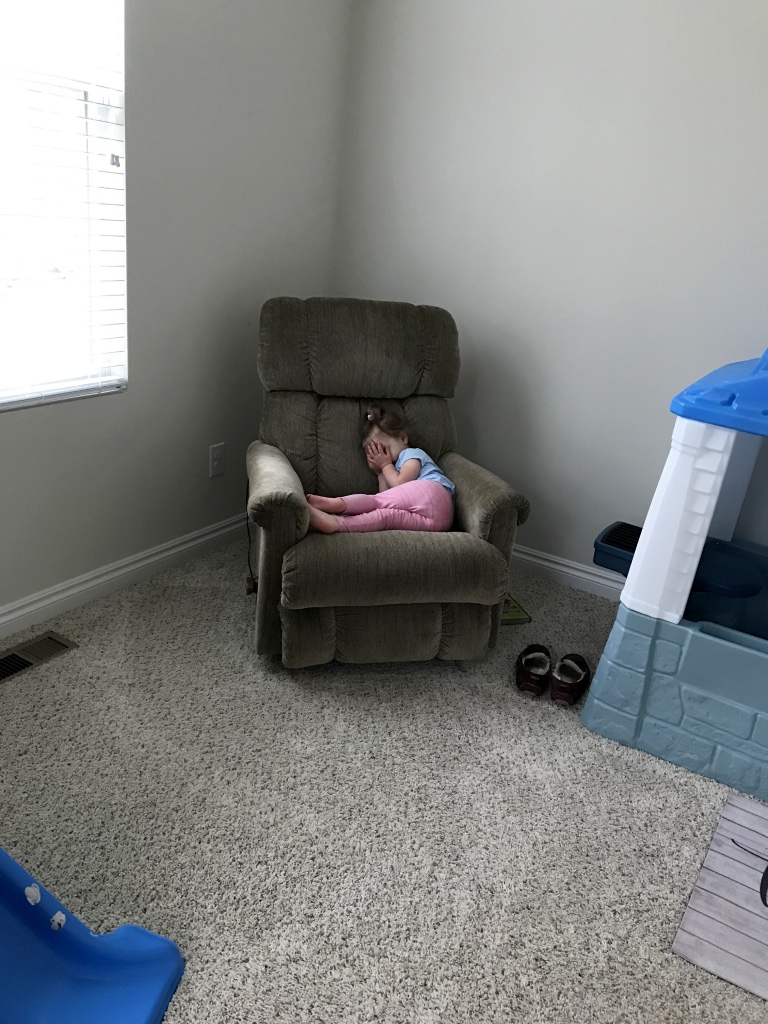 It was Matty’s night to put her to bed last night. There was less screaming than usual, so maybe she’s starting to turn a corner?? The real test will be if she sleeps through the night.
At any rate, Emmy’s two year well visit is this morning so it’ll be good to get her a clean bill of health and know that there’s no ear infections or anything like that.
Enjoy the rest of the week.
See you Friday!
XOXO