Happy Wednesday!
The girls had their pictures taken on Monday morning. Remind me to never again schedule 10:30am pictures on a weekday when I have no help, its the day after Daylight Saving Time, and the photographer is 50 minutes away!
Each girl had a tantrum while getting ready. Lucy’s was over her hair (goodness gracious, I saw the  next 15 years flash right before my eyes!) and Emmy’s was over the fact that I wanted her to put on her pretty dress instead of her Christmas elf pajamas. Again, I’m not sure what I was thinking doing these pictures when I did!
BUT! It was a beautiful, cold, sunny day so for once the weather wasn’t an issue, we got everyone ready to my somewhat satisfaction, and made it to the photographer’s with two minutes to spare to wipe the dried tears and boogies off faces.
Where do I submit my application for mother of the year?! #kidding #obviously
Ok, so as I very well predicted, Emmy turned on the waterworks promptly upon entering the studio. She’s going through this terrible phase of repeating things like 100 times in a row, which makes long car rides super fun. She started crying and saying, “I not ready, mommy” over and over and over again. Yes, Emmy, we heard you loud and clear . . . as did the photographer’s husband who came upstairs to see what all the fuss was about!
Lucy, on the other hand, did a fabulous job despite her not so fabulous hair. I put it how she wanted it, though, and I guess that’s all that matters. This is who she was at almost four years old.
After about half an hour Emmy FINALLY shaped up and got in on some of the action. I was skeptical at first, but we ended up with some great shots!
So, without further adieu, here are a bunch of the pictures! 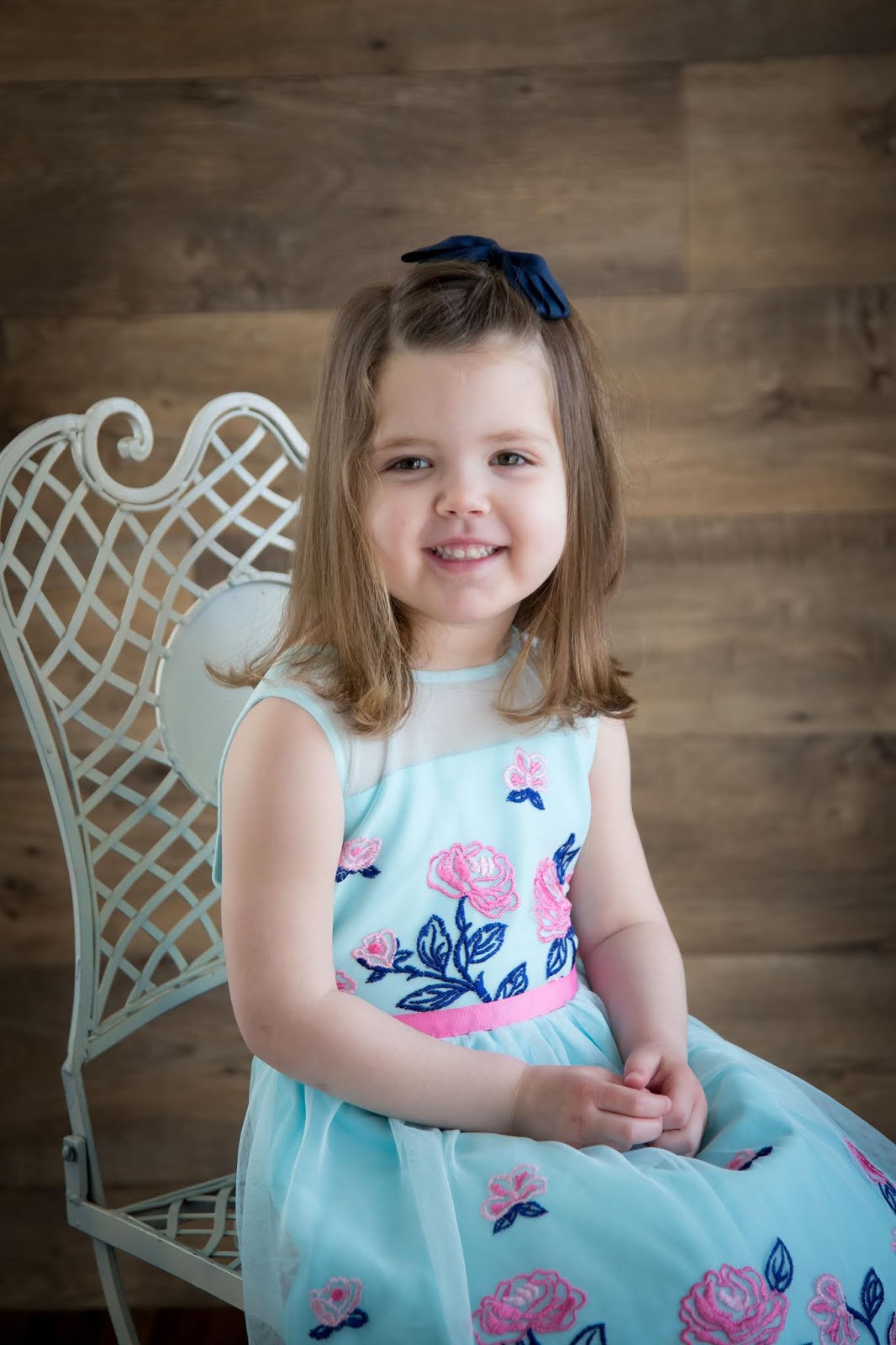 I brought Emmy’s unicorn because she’s having a unicorn themed birthday party. We attempted to coax her onto the chair by taking pics of just the unicorn. It was a fail. 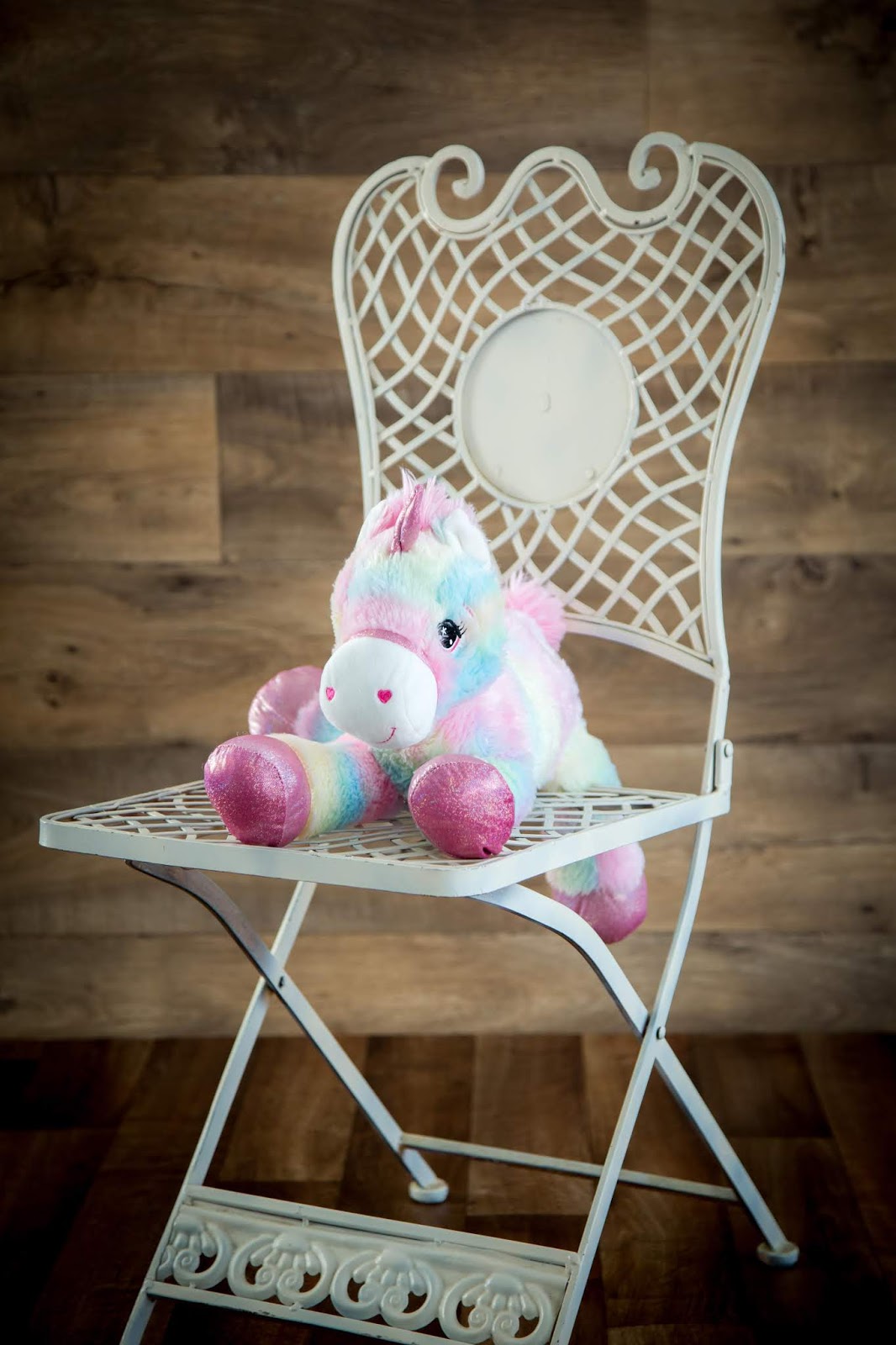 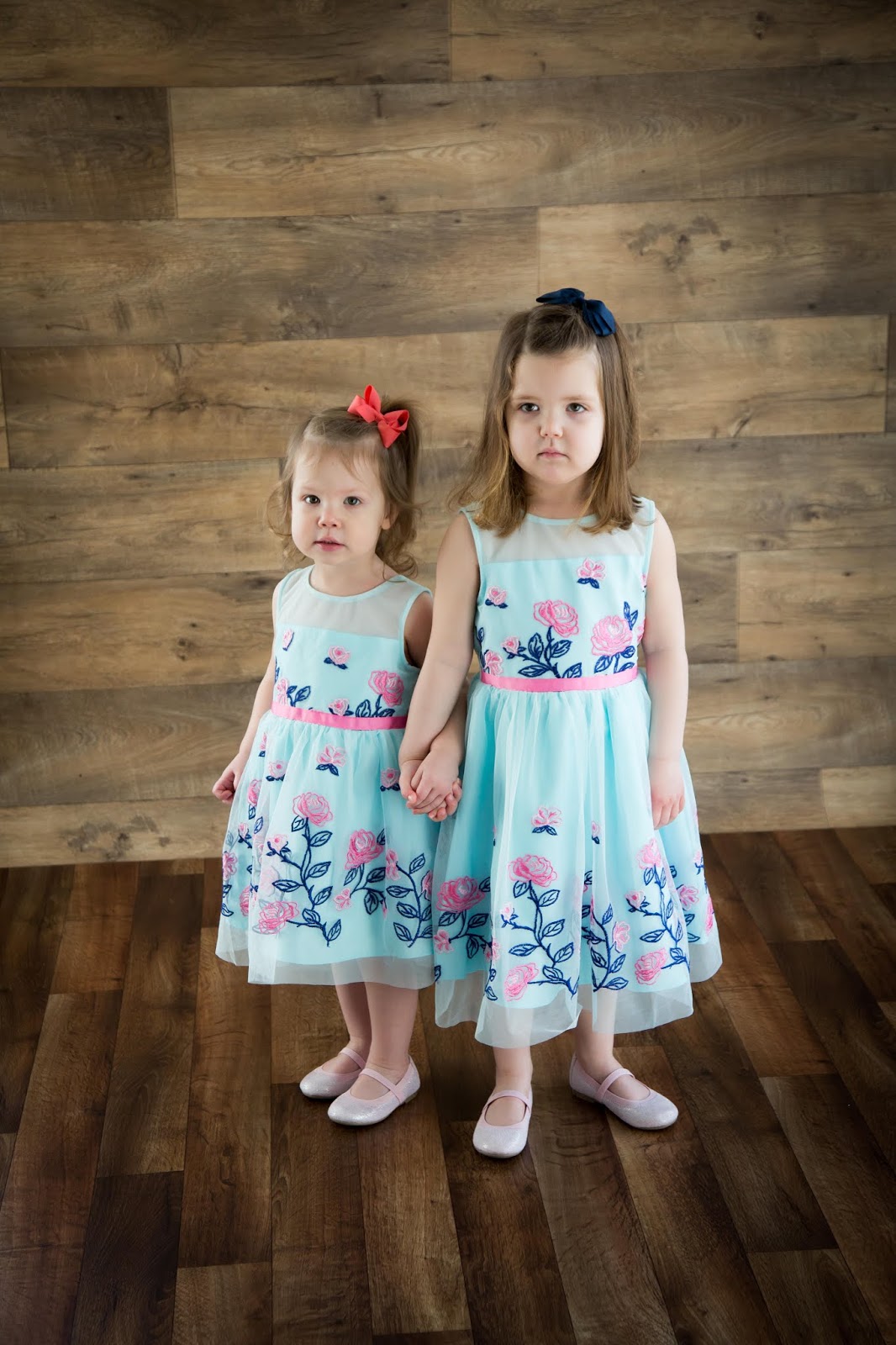 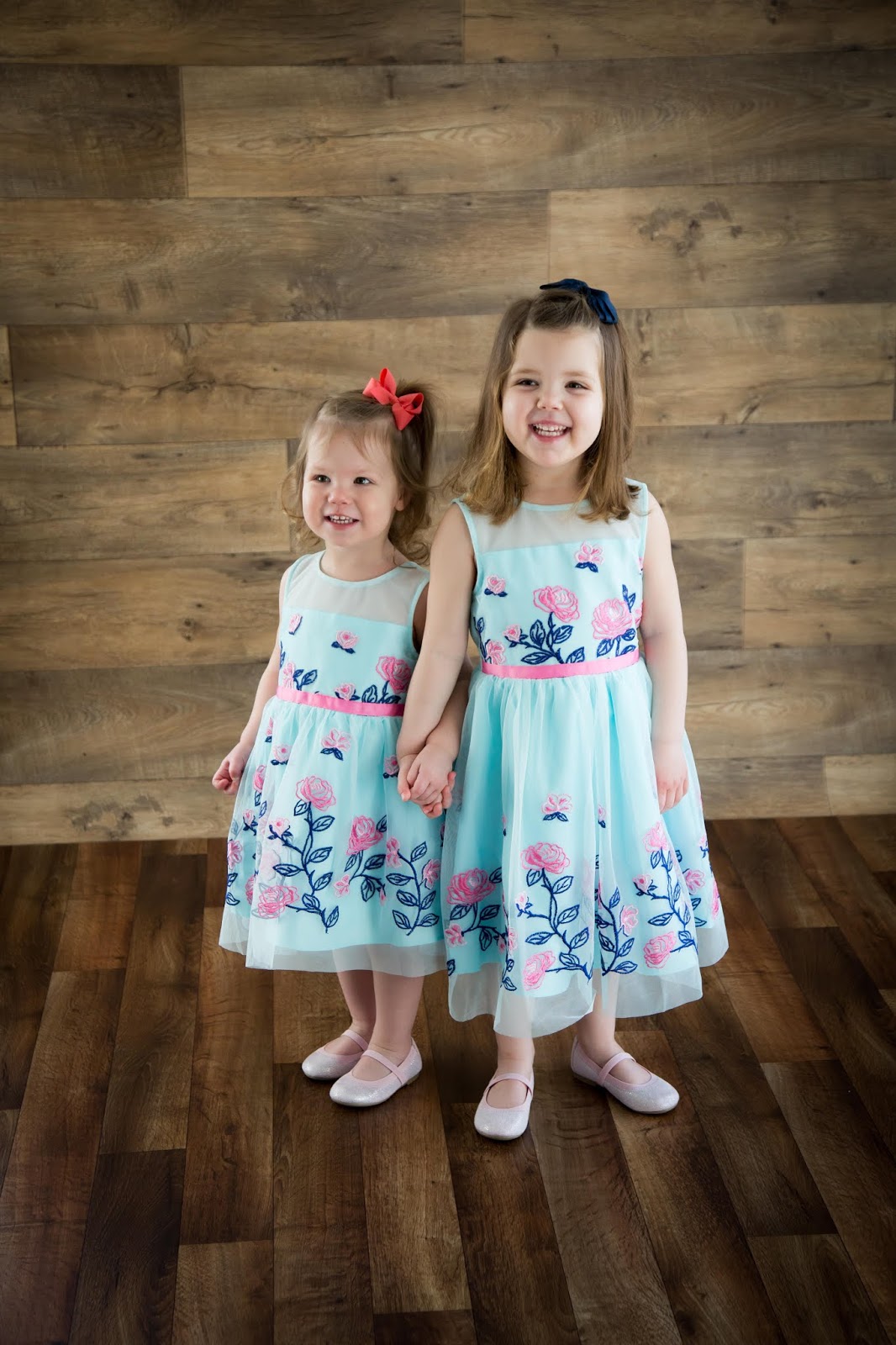 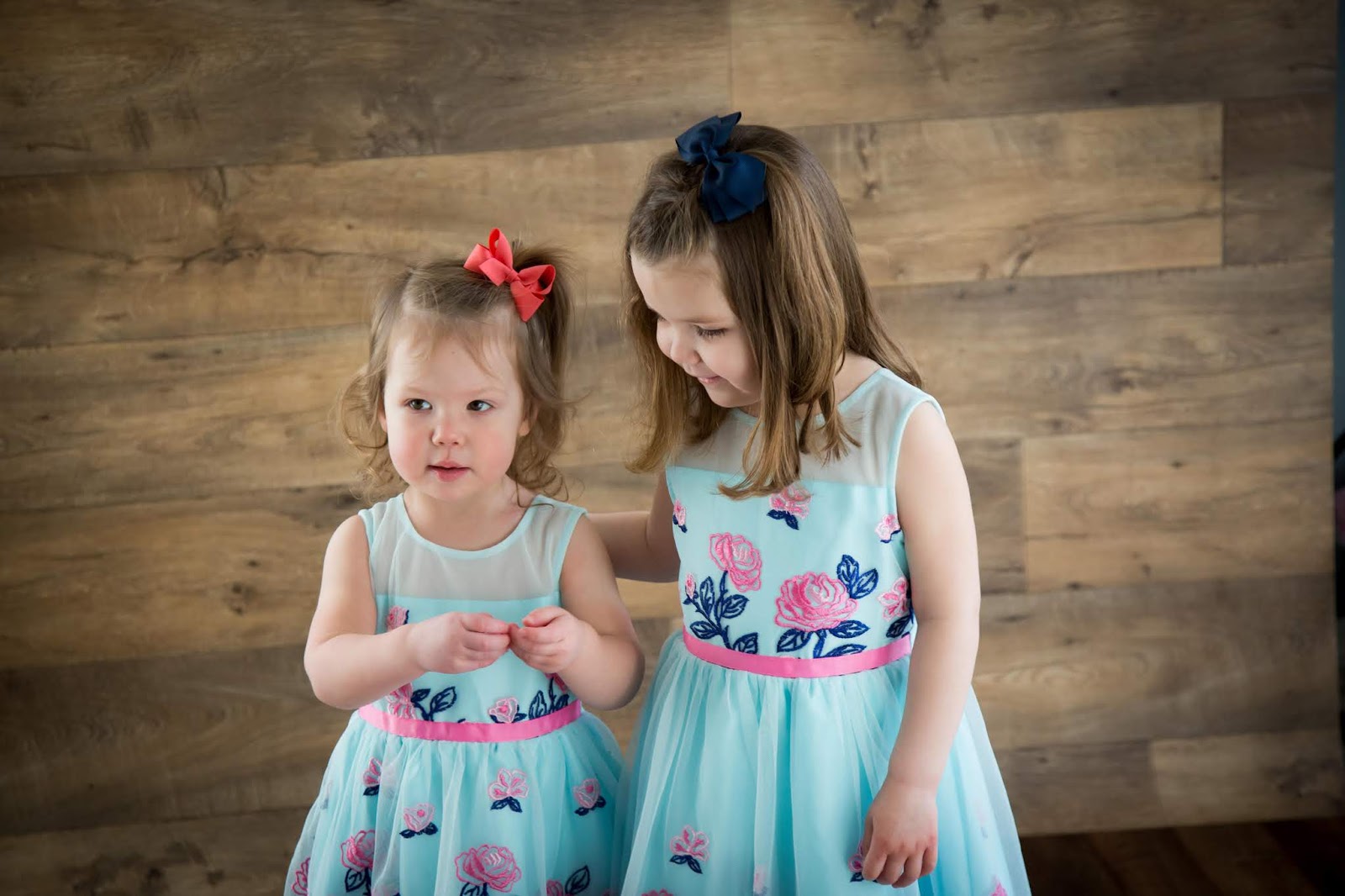 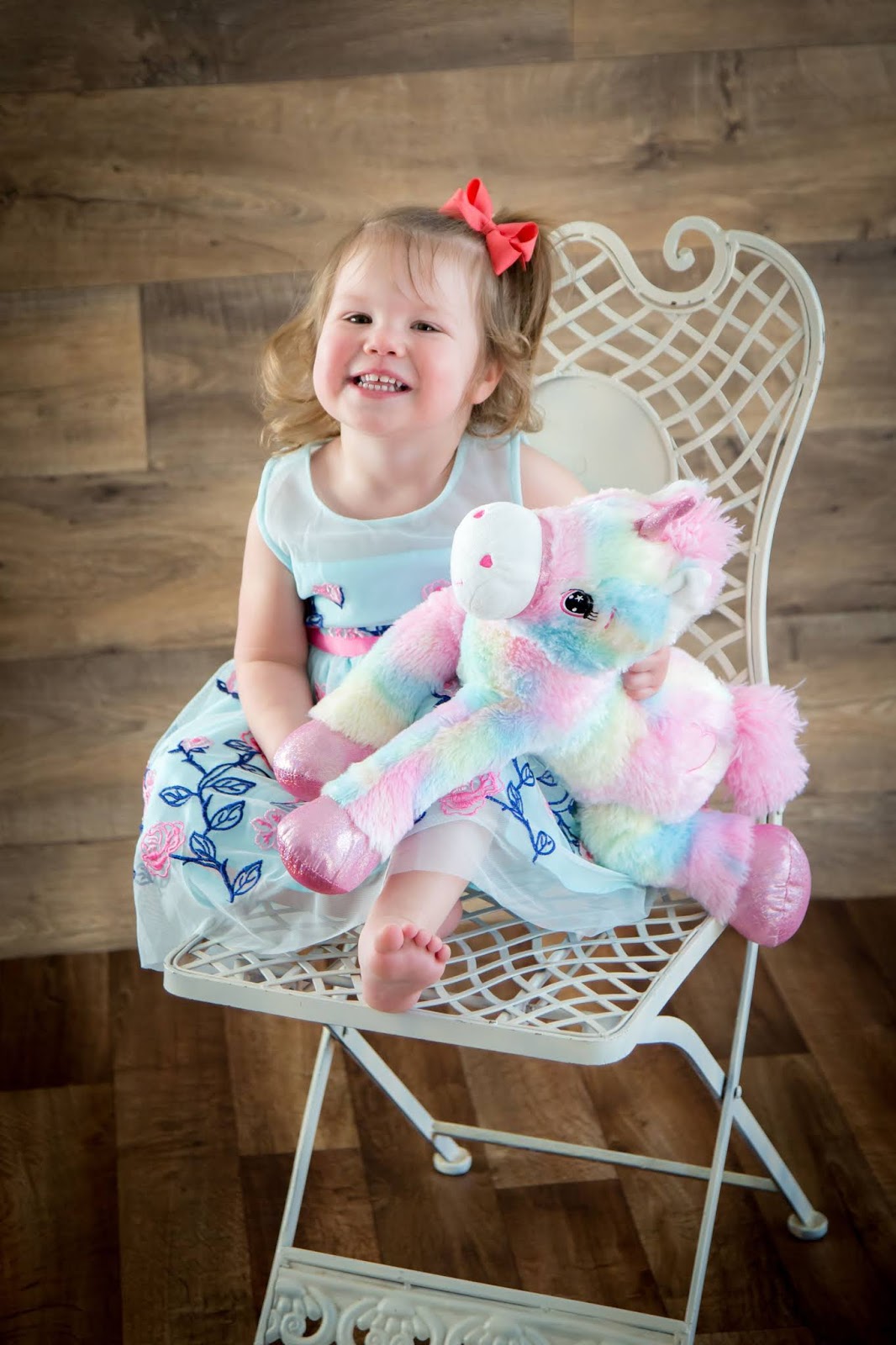 And then Emmy did a 180 and went from crying and not posing to freezing herself into the ultimate cheese face!
Exhibit A 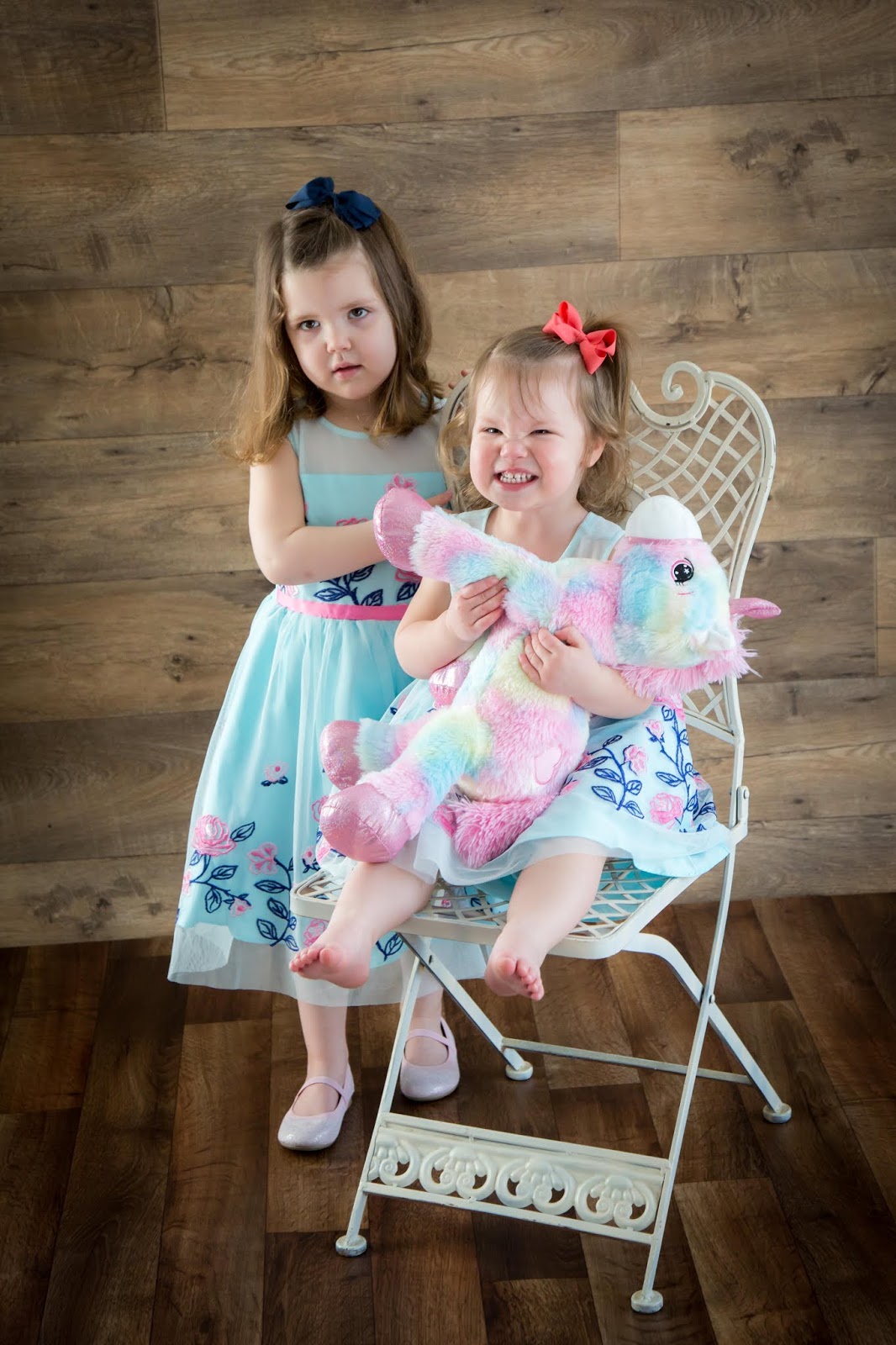 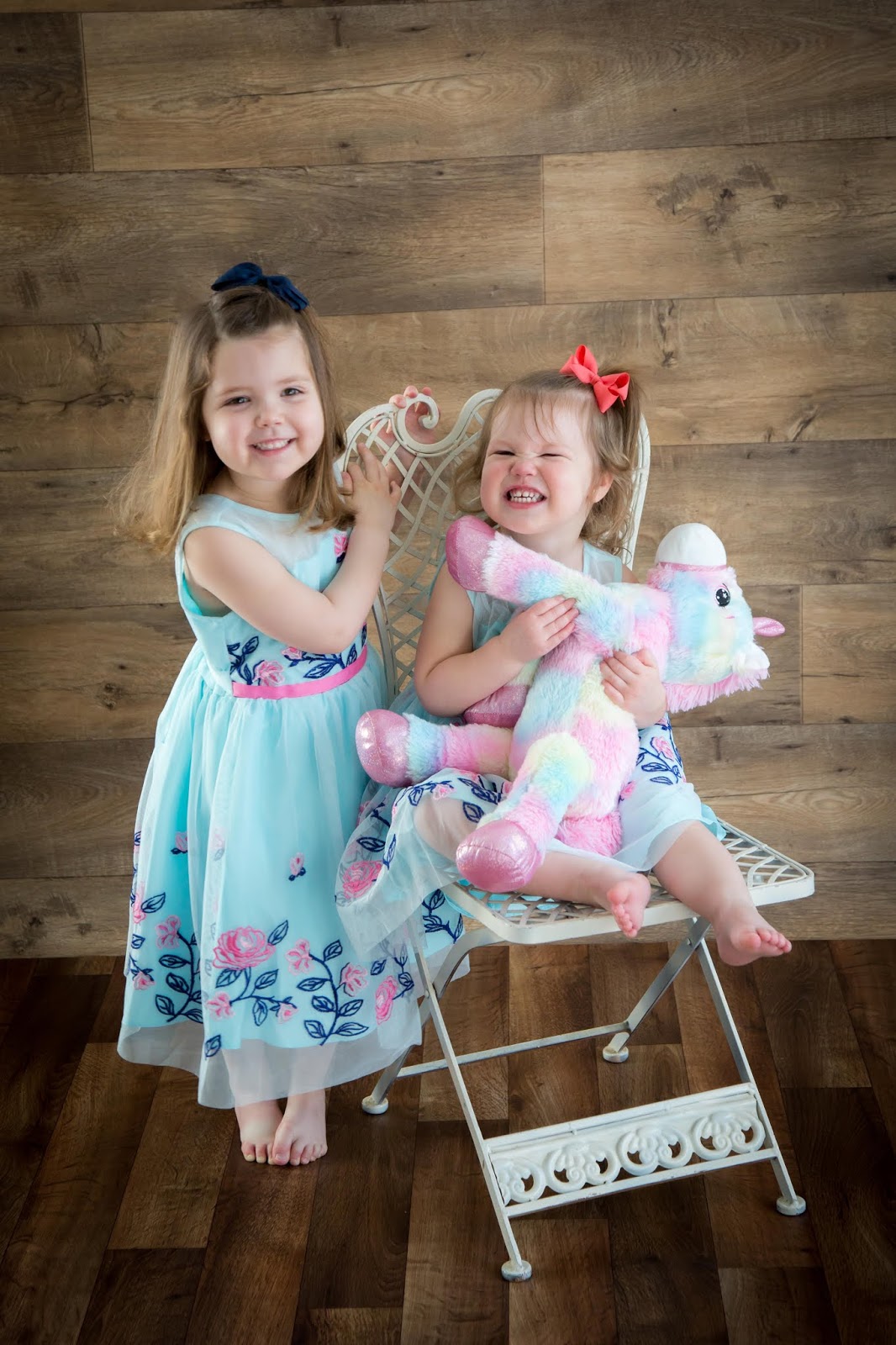 Too bad Ems isn’t having a duck party. She spotted this duck on the shelf and was so happy to hold it! 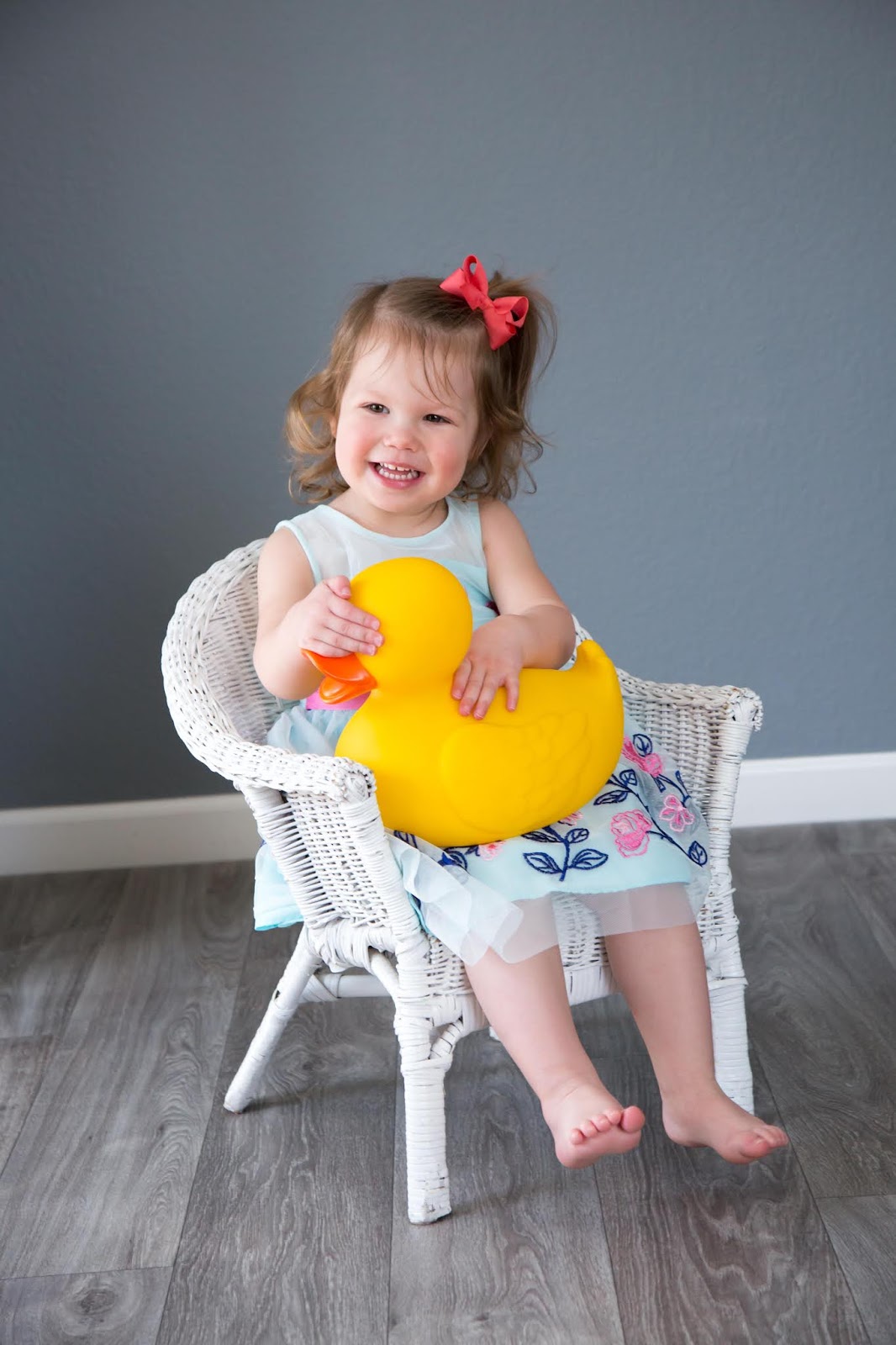 And then decided to happily strangle it. 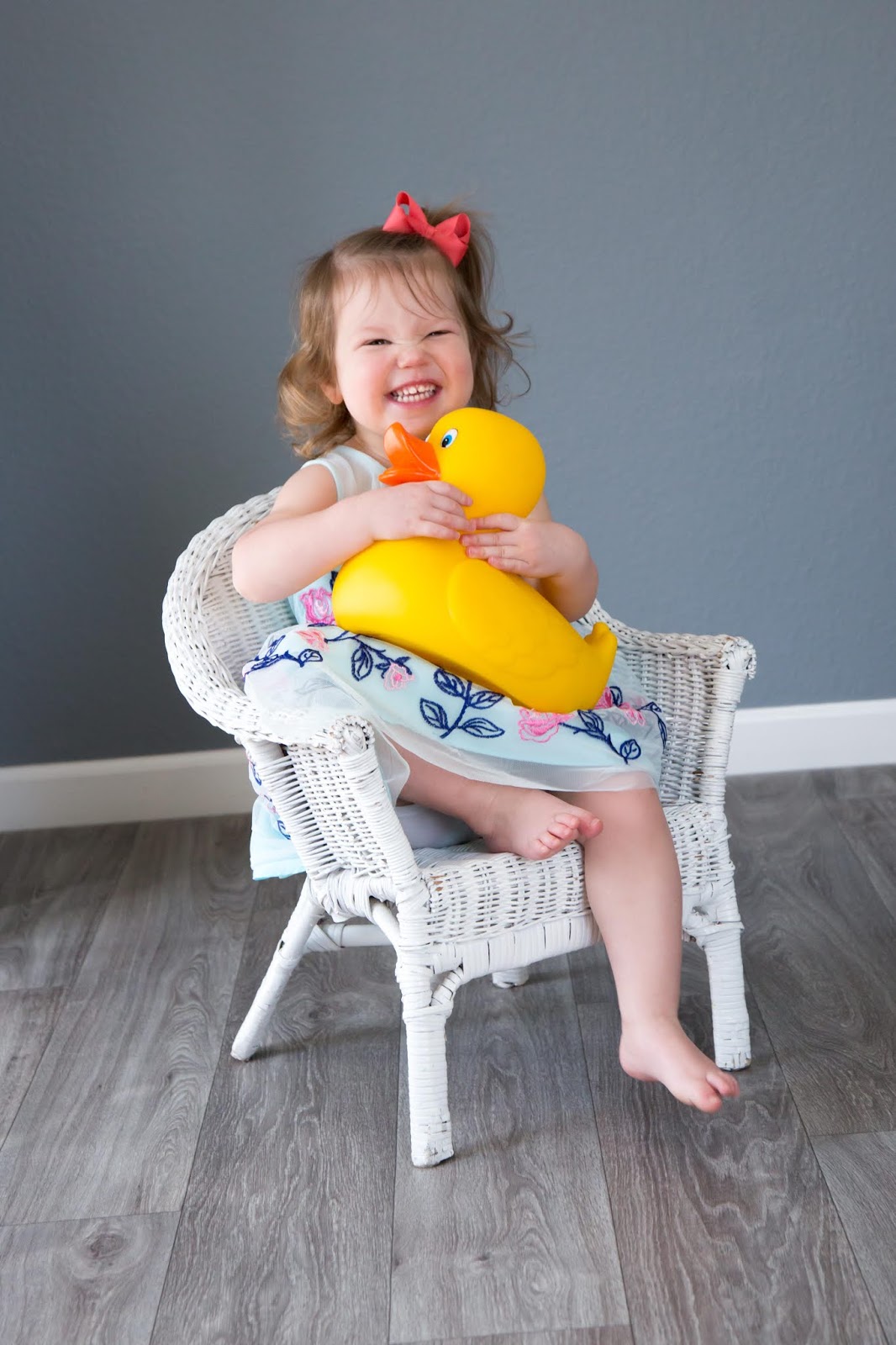 Ladies and gentlemen, we have a WINNER!! 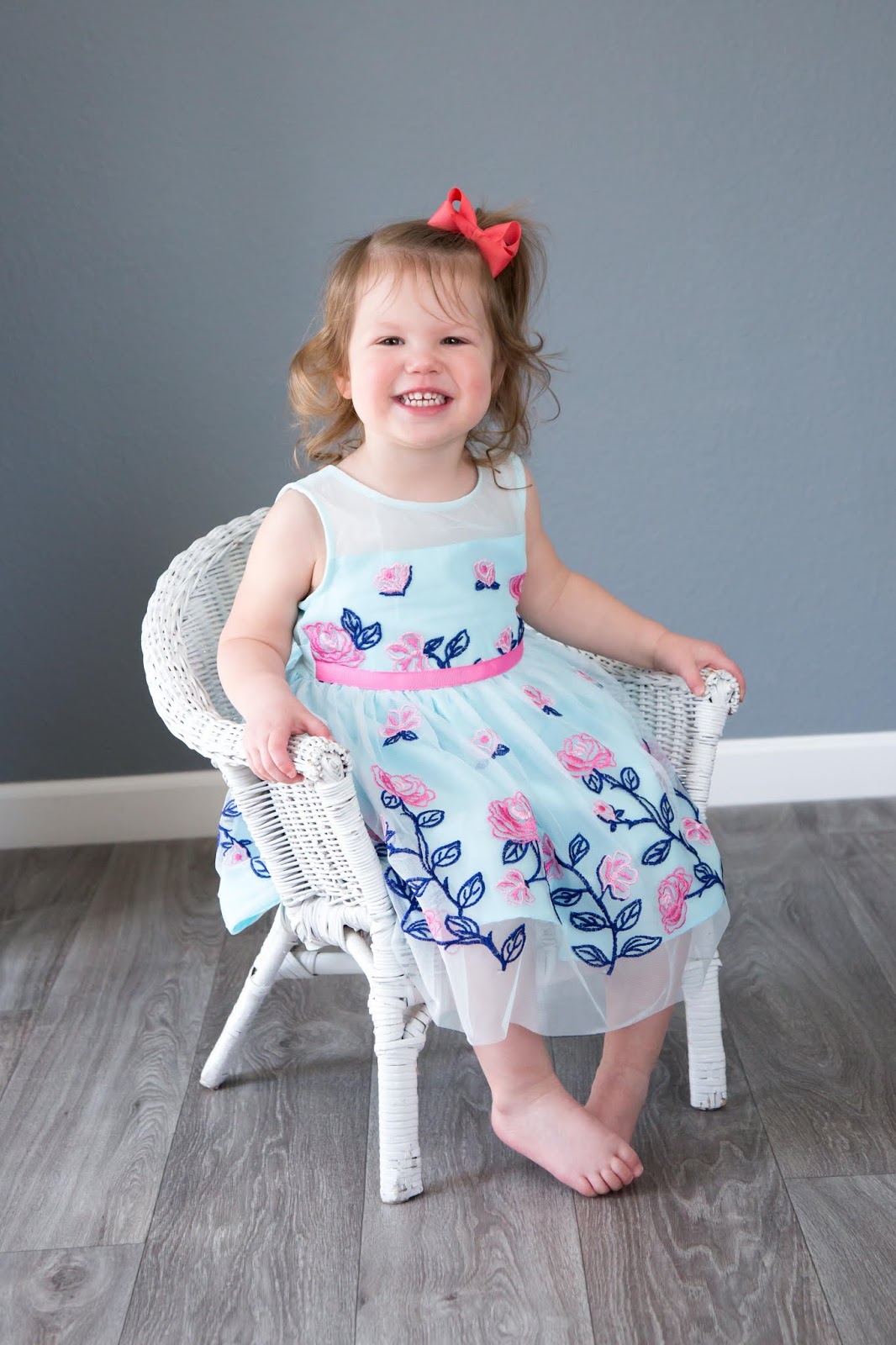 I don’t love this picture, but Emmy’s face is priceless! 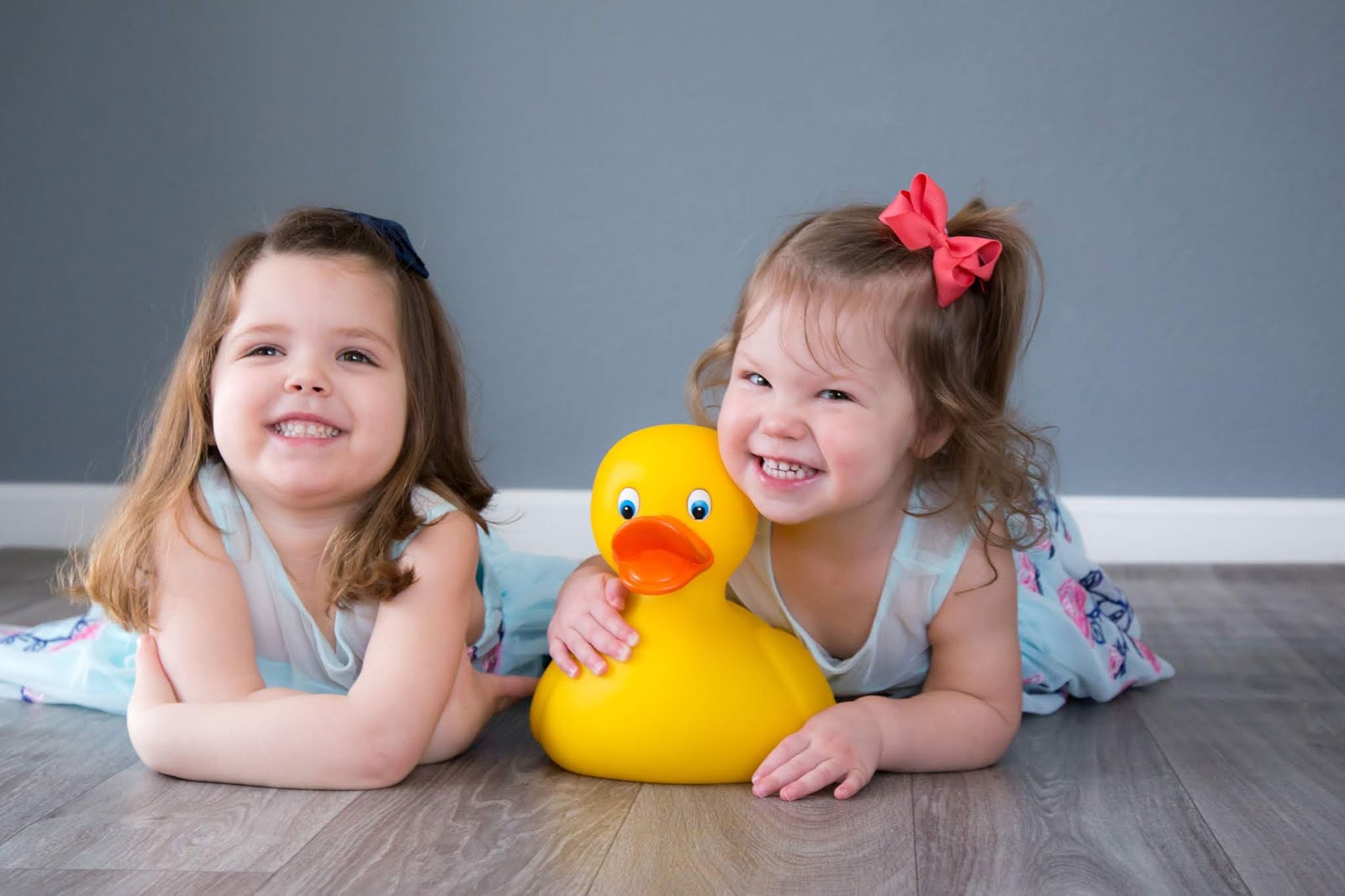 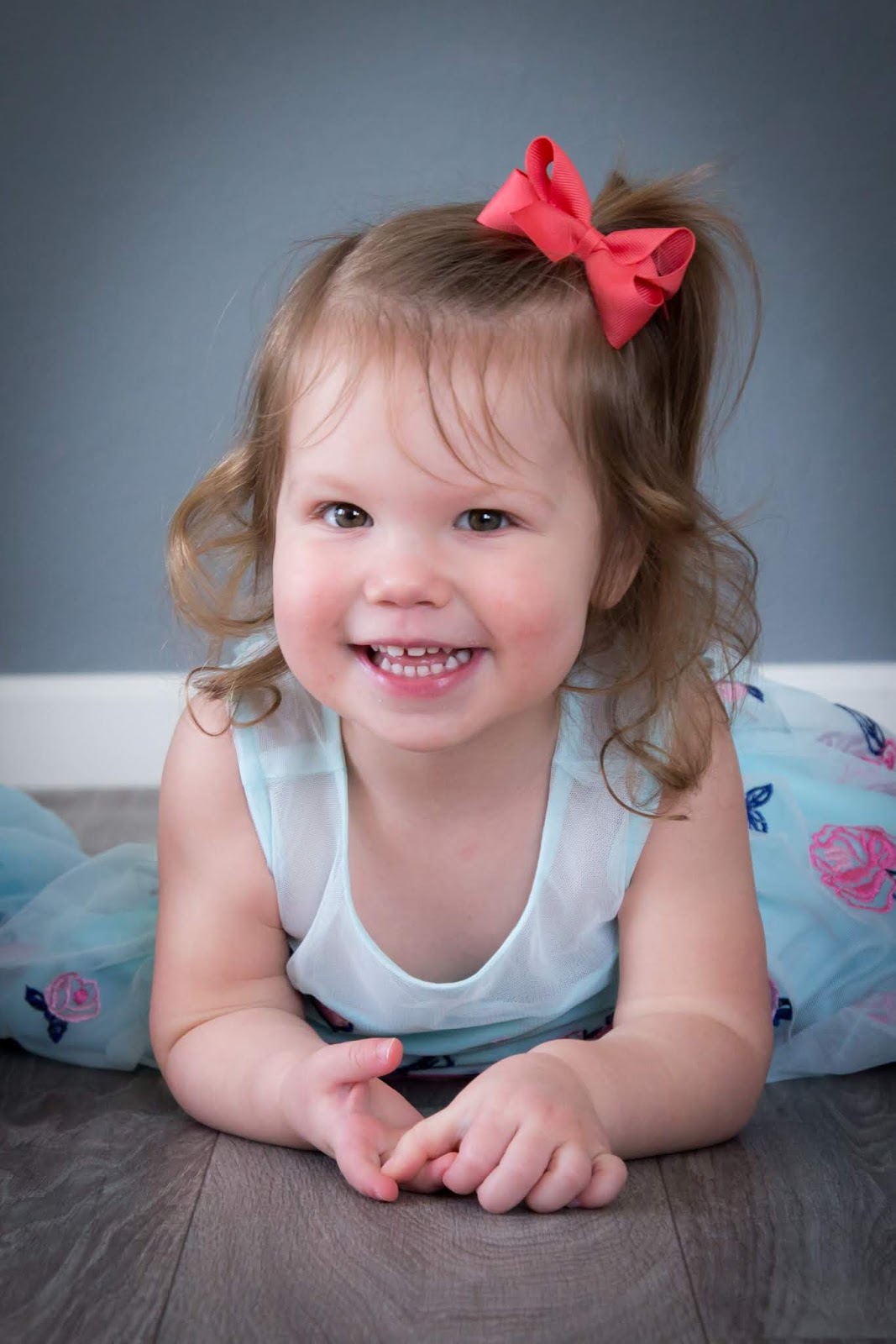 The next two pictures make the stress of the photo shoot (and daily mom life!) worth it. 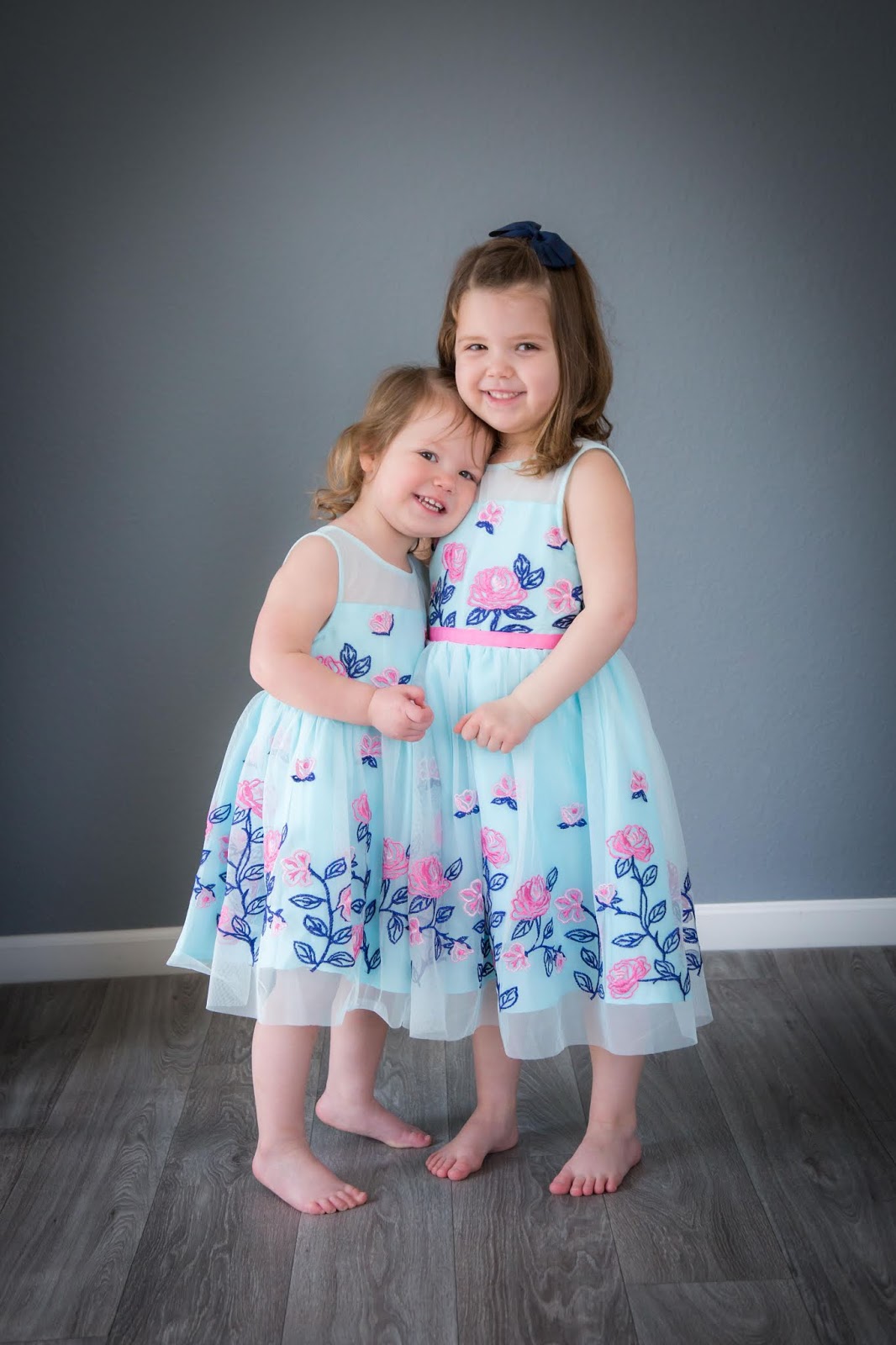 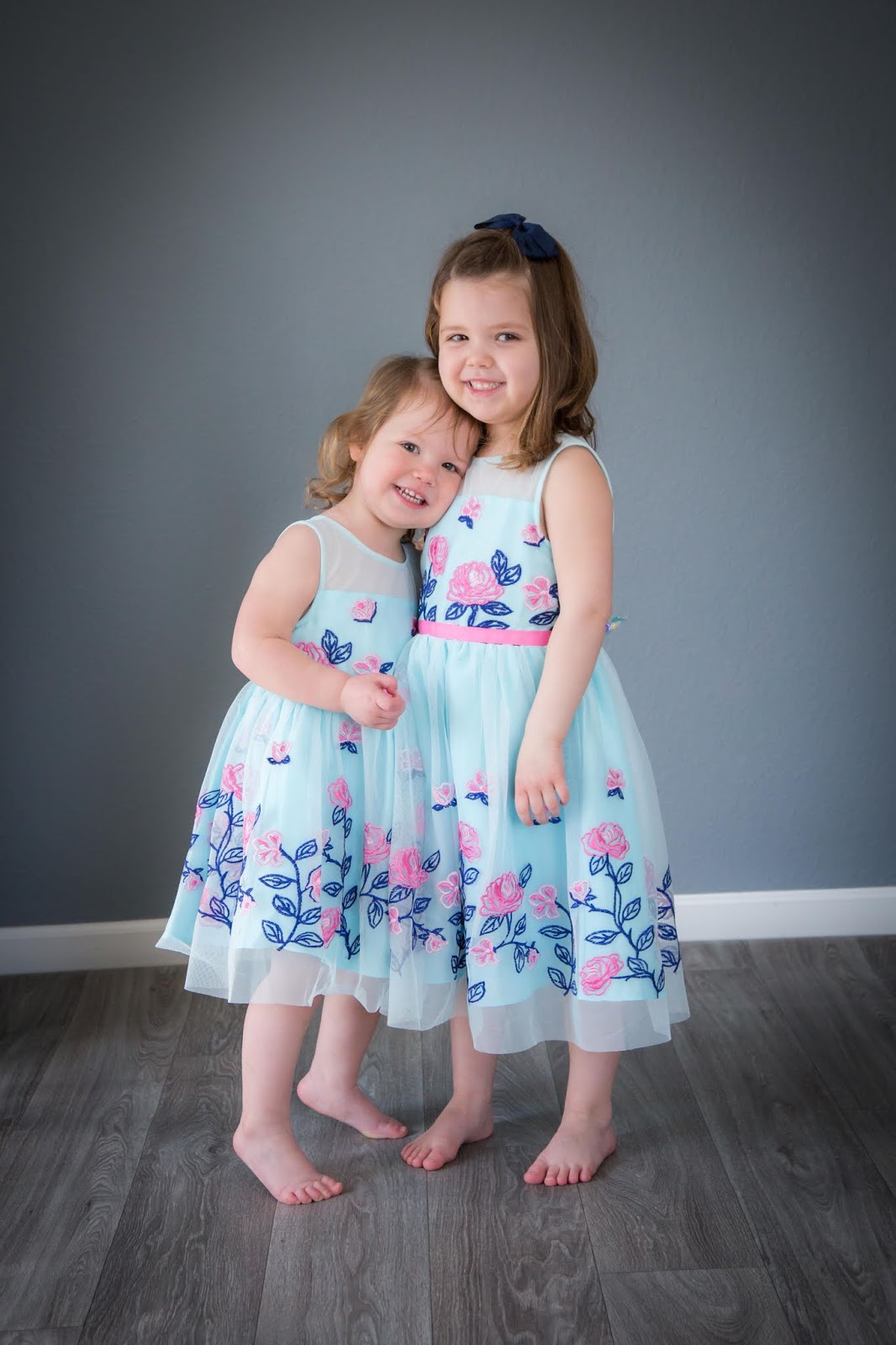 The photographer gave the girls bunny suckers at the end, and they just plopped themselves down and started going to town . . . so she kept on shooting! 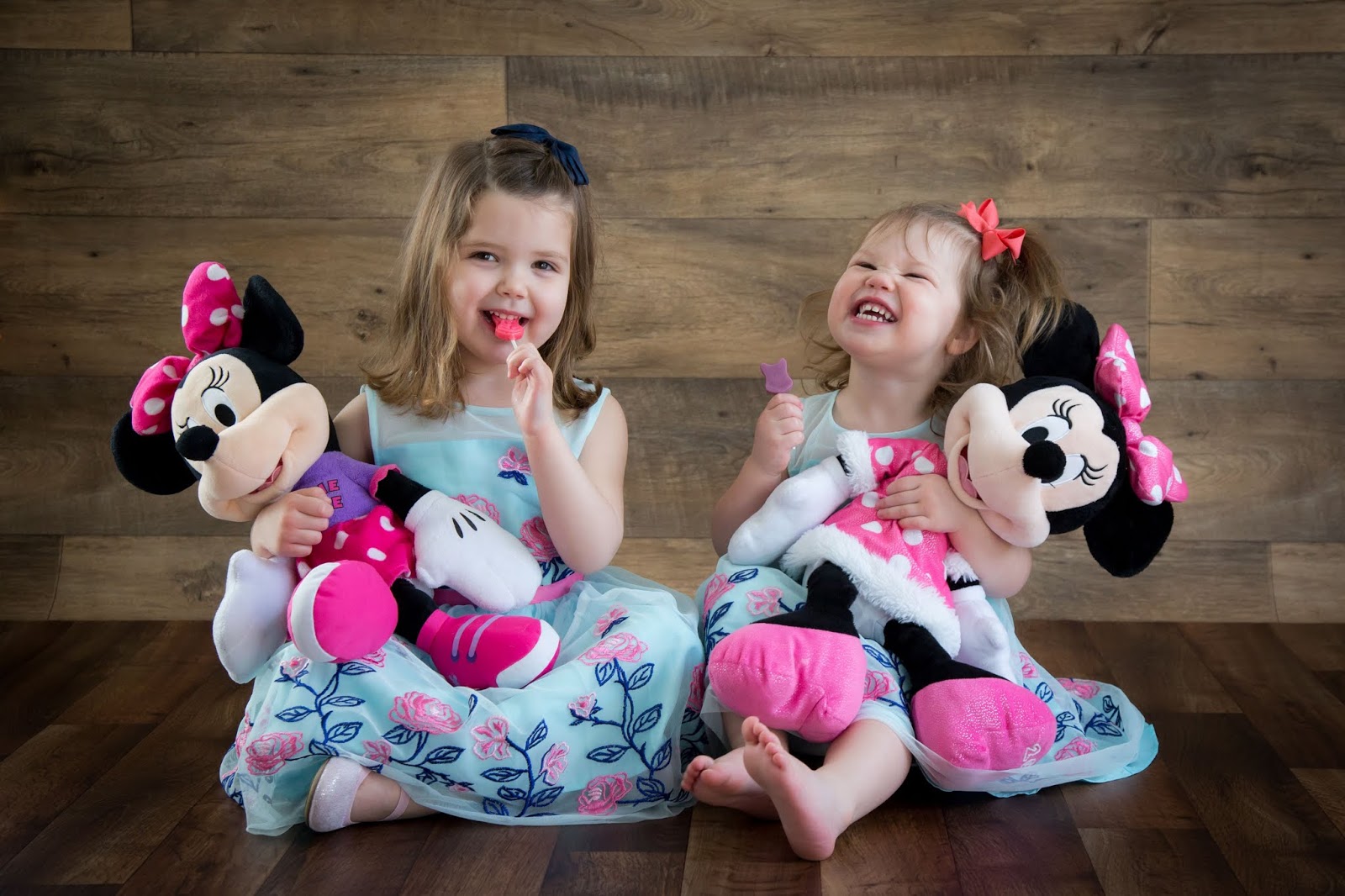 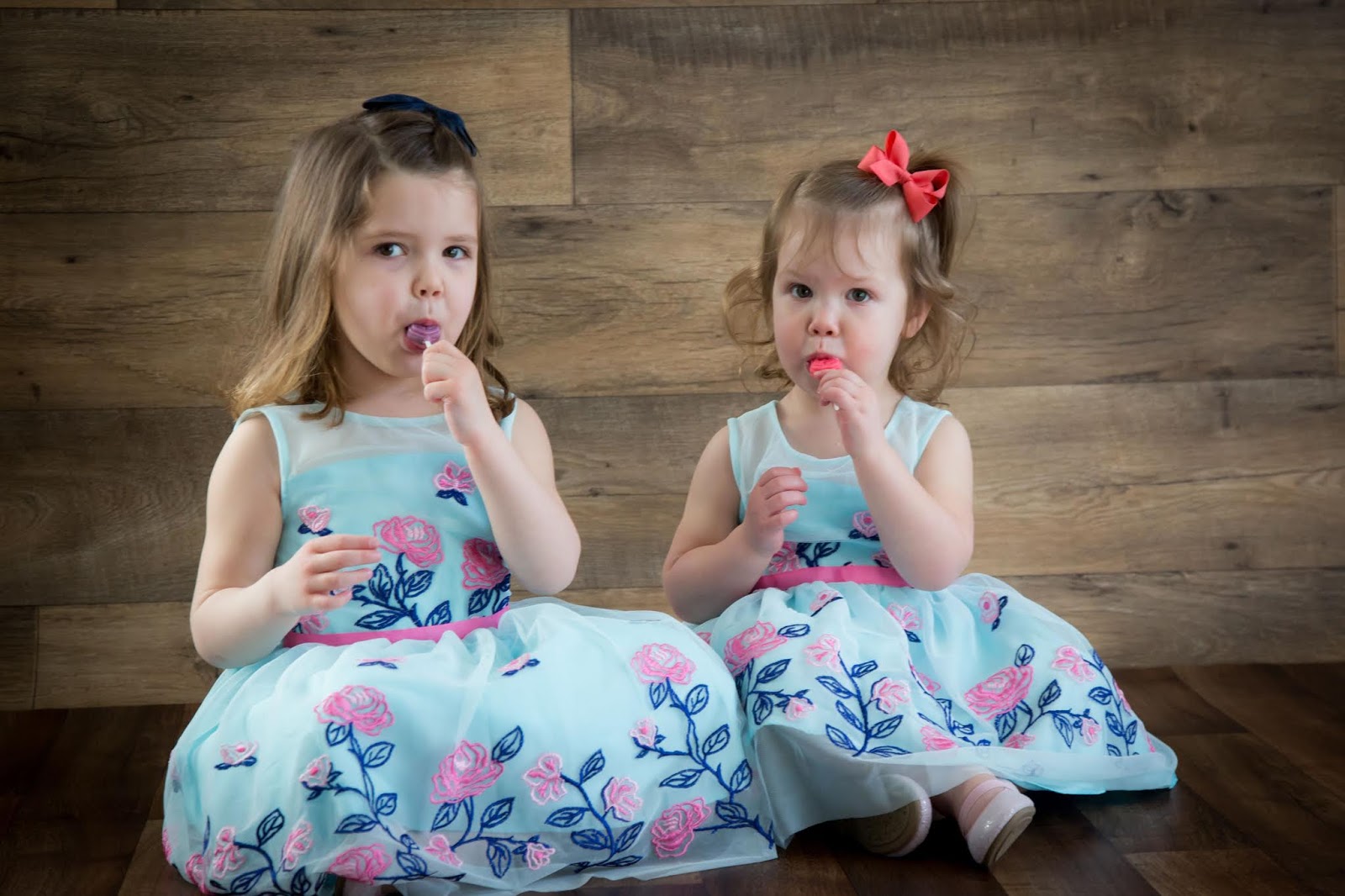 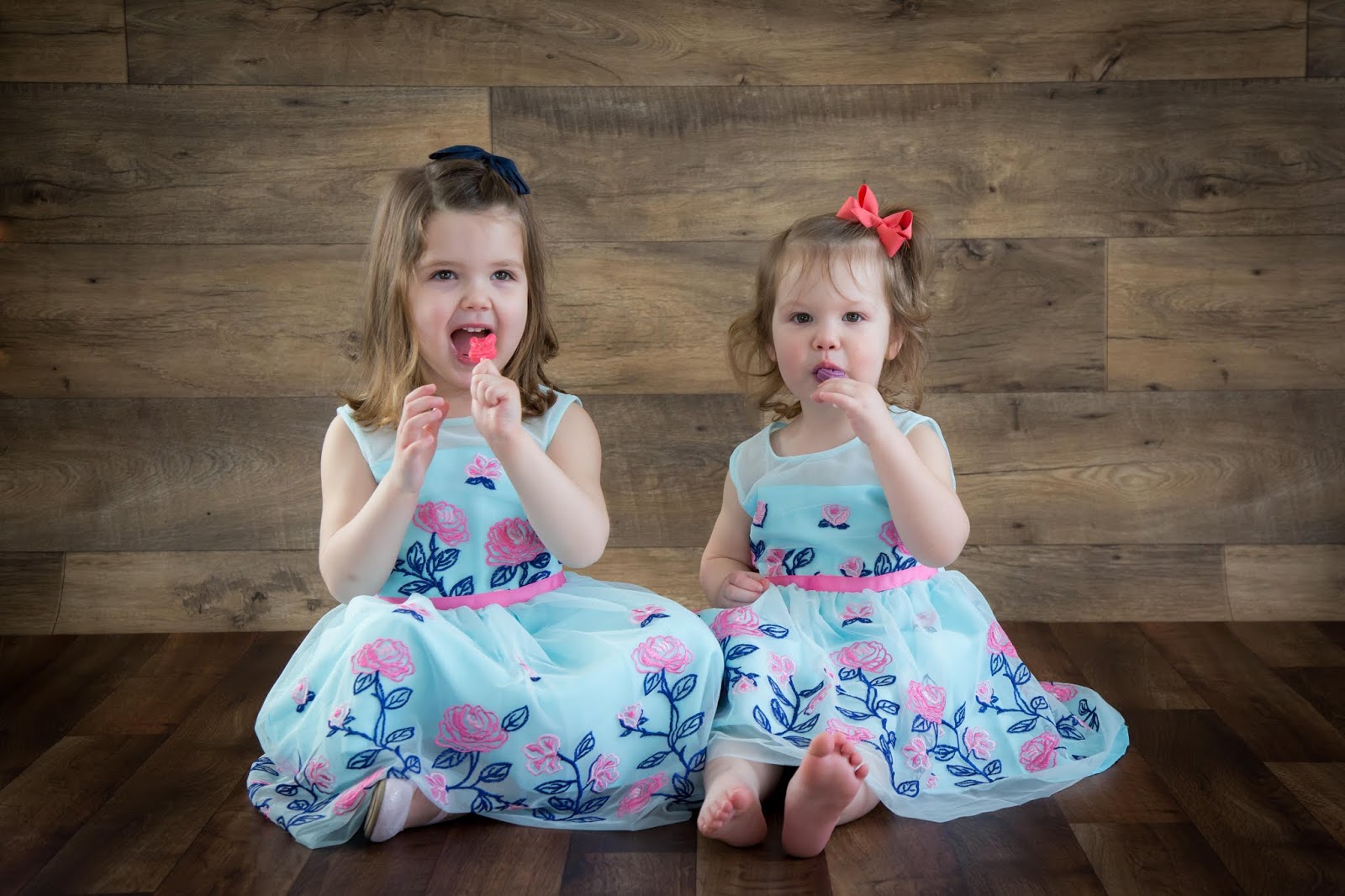 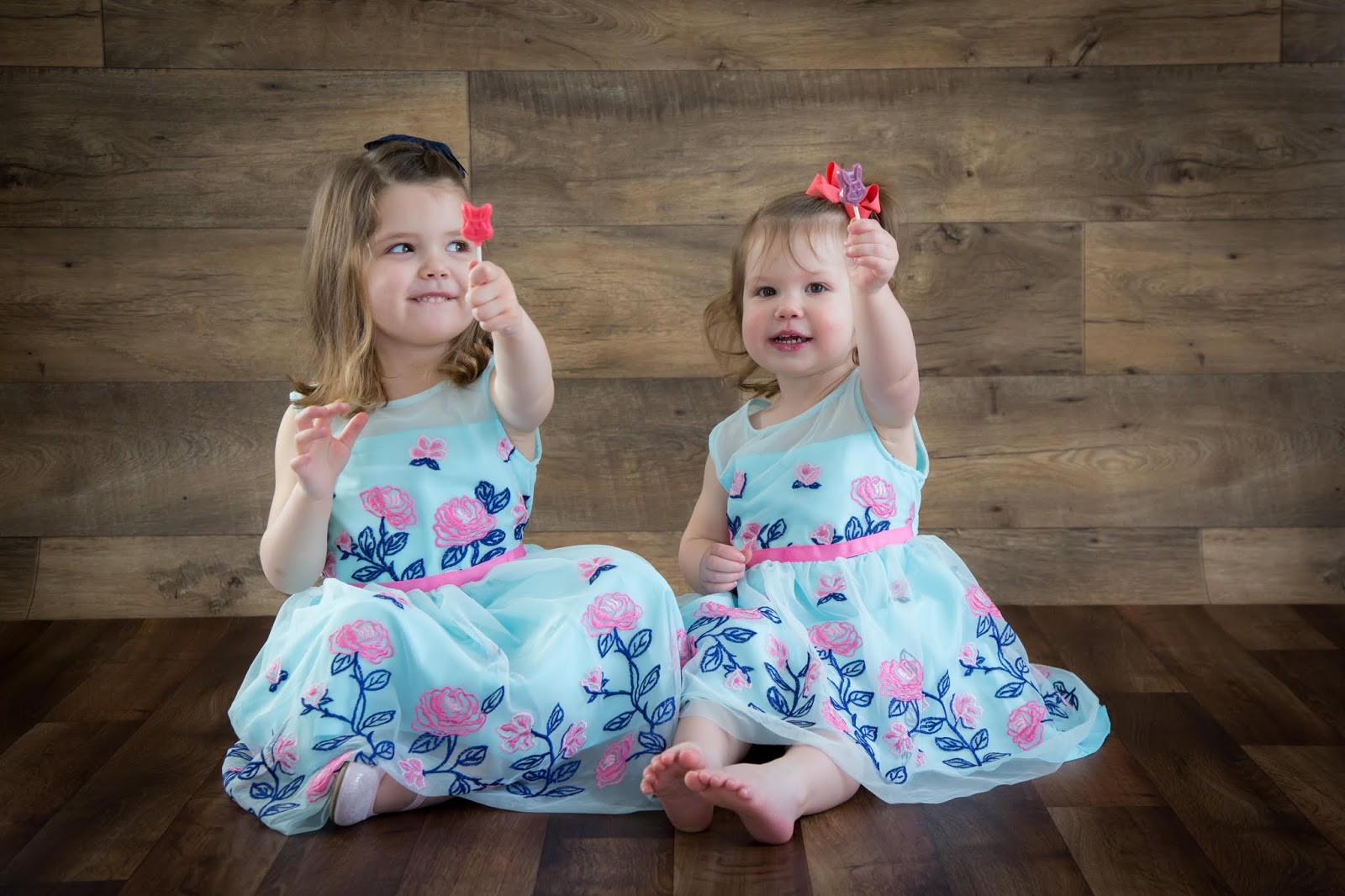 Alrighty, that’s all the time I can spare. The Bachelor Finale is happening as I write this, and it deserves my full attention!
XOXO