Happy Wednesday!
This week I’m linking up with Shay and Sheaffer for their monthly What’s Up Wednesday.
Let’s get to it!

Honestly, nothing very exciting. We’re still riding the meat and veggies train for dinners . . . and we’re oh so enthusiastic about it! 😉
We discovered this bag of yumminess last week. We heat it up in a pan with some garlic, chopped up chicken, extra peas, soy sauce, and scramble a few eggs into it. So good! Matty said that if I had just served it to him without telling him what it was, he wouldn’t have known it was cauliflower instead of rice. Emmy gobbled hers up and asked for more and Lucy, as usual, took her one required bite and nothing more. 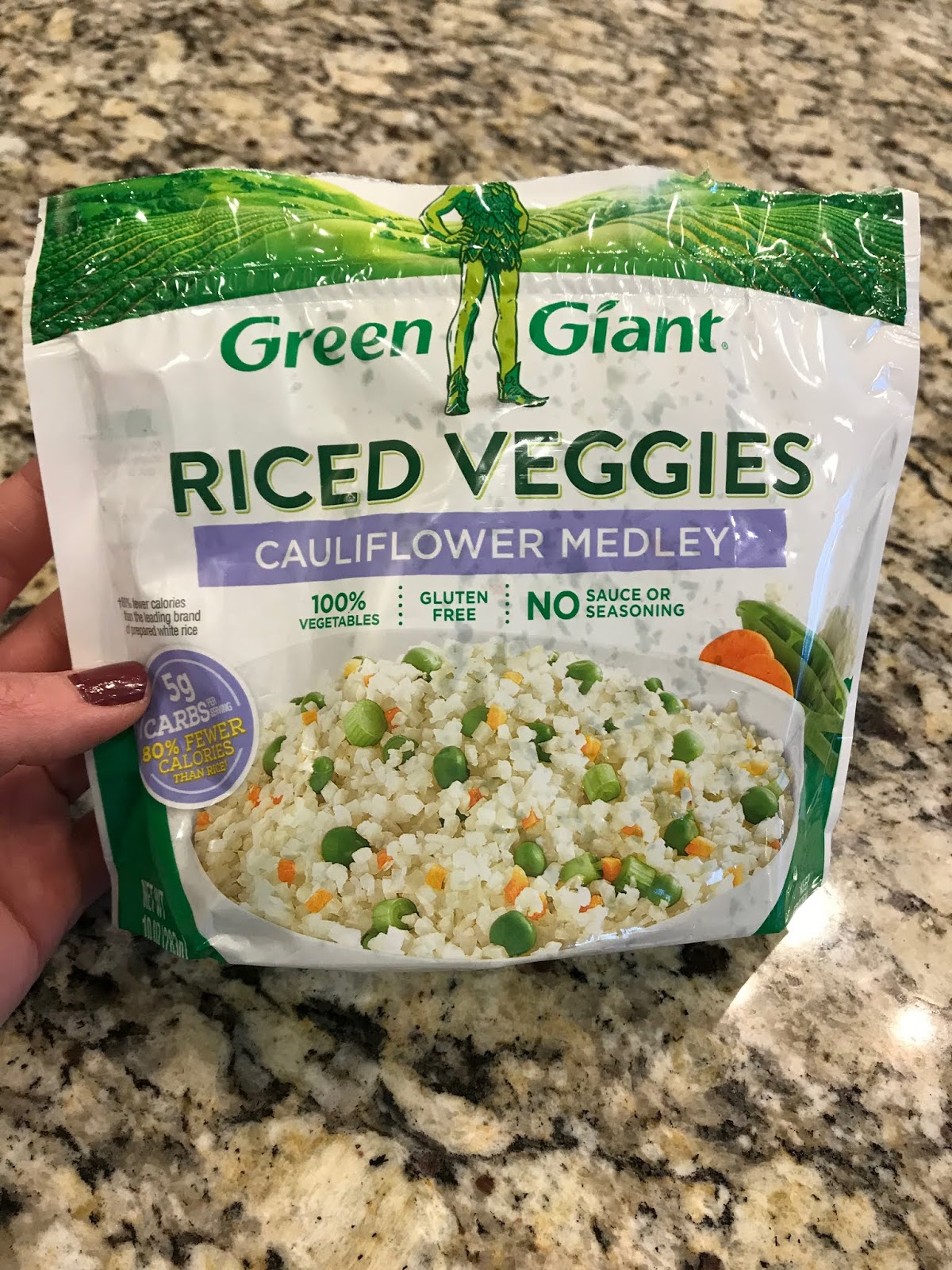 Emmy’s First Birthday!
I’m working on planning her second birthday party for next month, and I can’t help but think back to her adorable bunny themed first birthday! 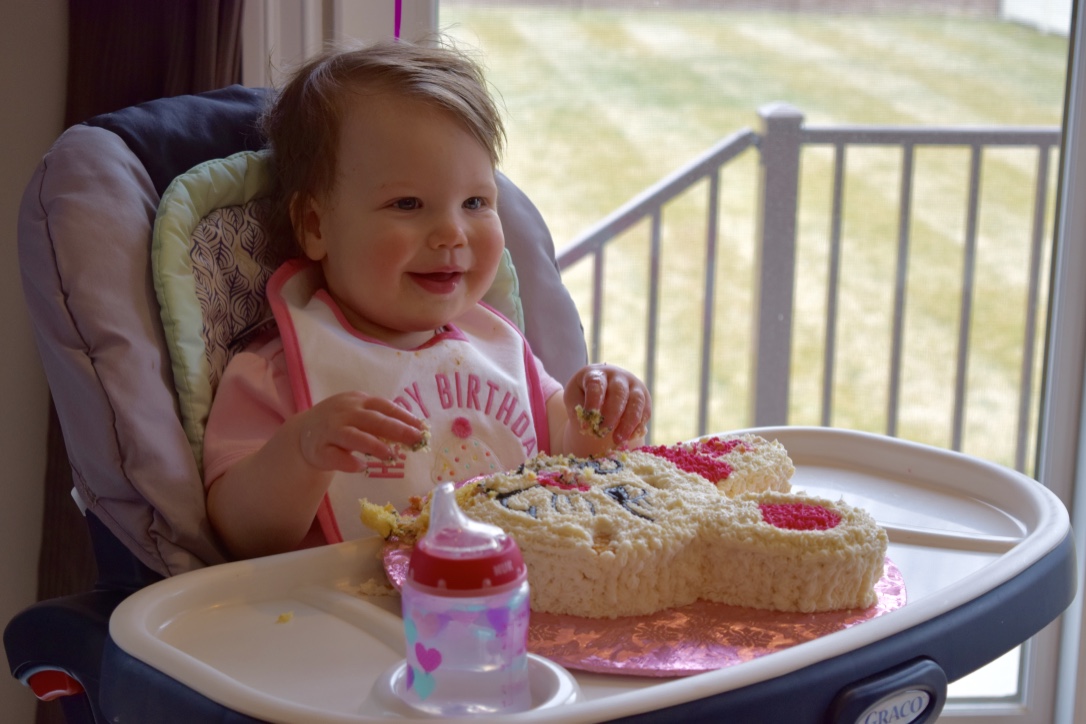 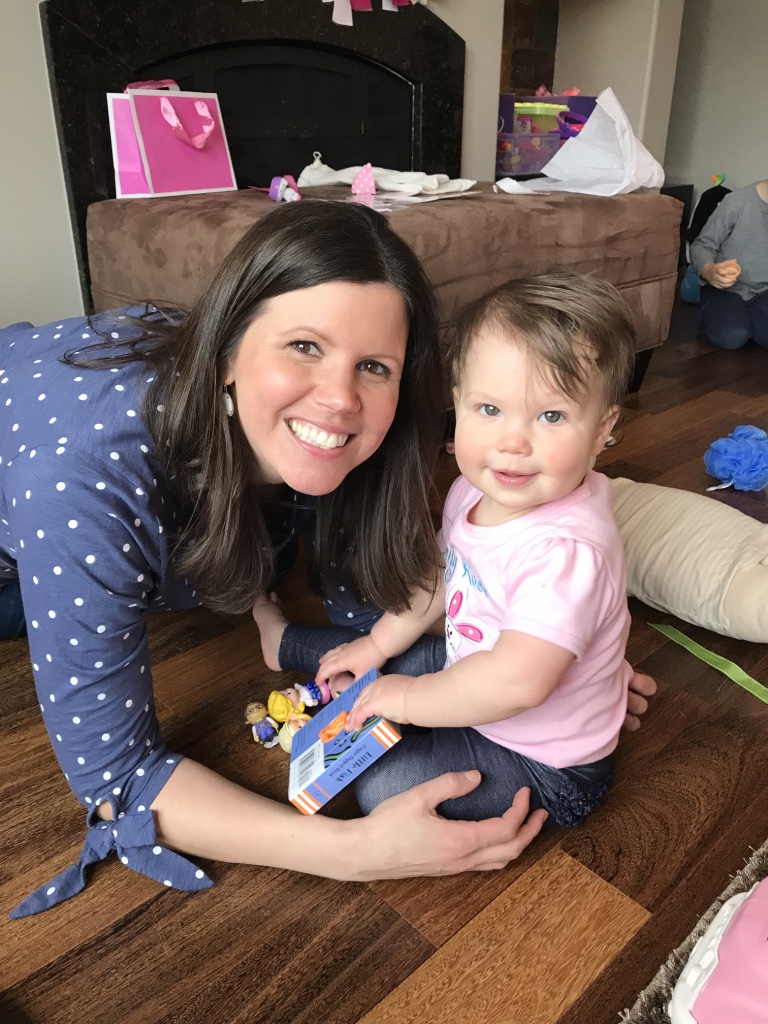 This rose salve has been a saving grace for my lips this winter. I can get some pretty dry lips, but using this in the morning when I wake up and in the evening right before bed has kept things in check. I ordered mine from Nordstrom, but I’ve seen it at Bath and Body Works too! 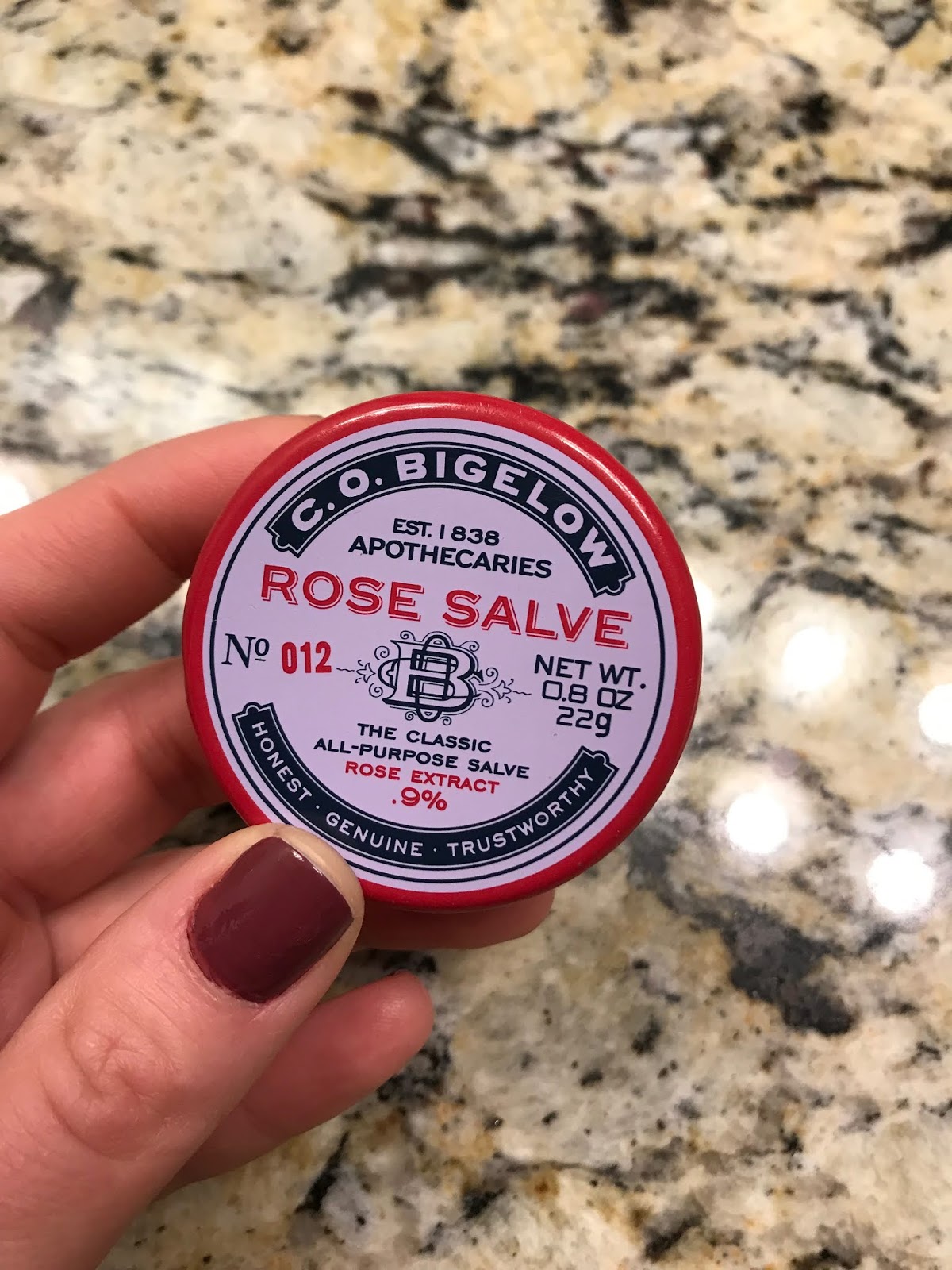 Trying to think of any and all indoor games to play! The girls have been in to playing “nap time” lately so I’ve been doing an awful lot of tucking girls into bed and singing songs. The absolute sweetest is when they do it to each other! It’s so cute to see how they’ve absorbed our night time routine and to hear things that Matty and I say come out of their mouths! Preschool registration!
We’re going to look for a new school for Lucy, and open houses and registrations start next month. There aren’t a lot of preschools in the South Lyon area, so most of them follow a lottery system to keep things fair. We have two schools on our list to tour. Here’s hoping we not only find one we like, but also luck out and get called early in the lottery!

Emily’s 2nd Birthday!
On any given day, she’ll tell you that she’s having a Moana, Frozen, or Incredibles party. She couldn’t make up her mind, so I made it up for her. I hope she’s not too disappointed when she sees her unicorn party! This adorable plate is my inspiration. 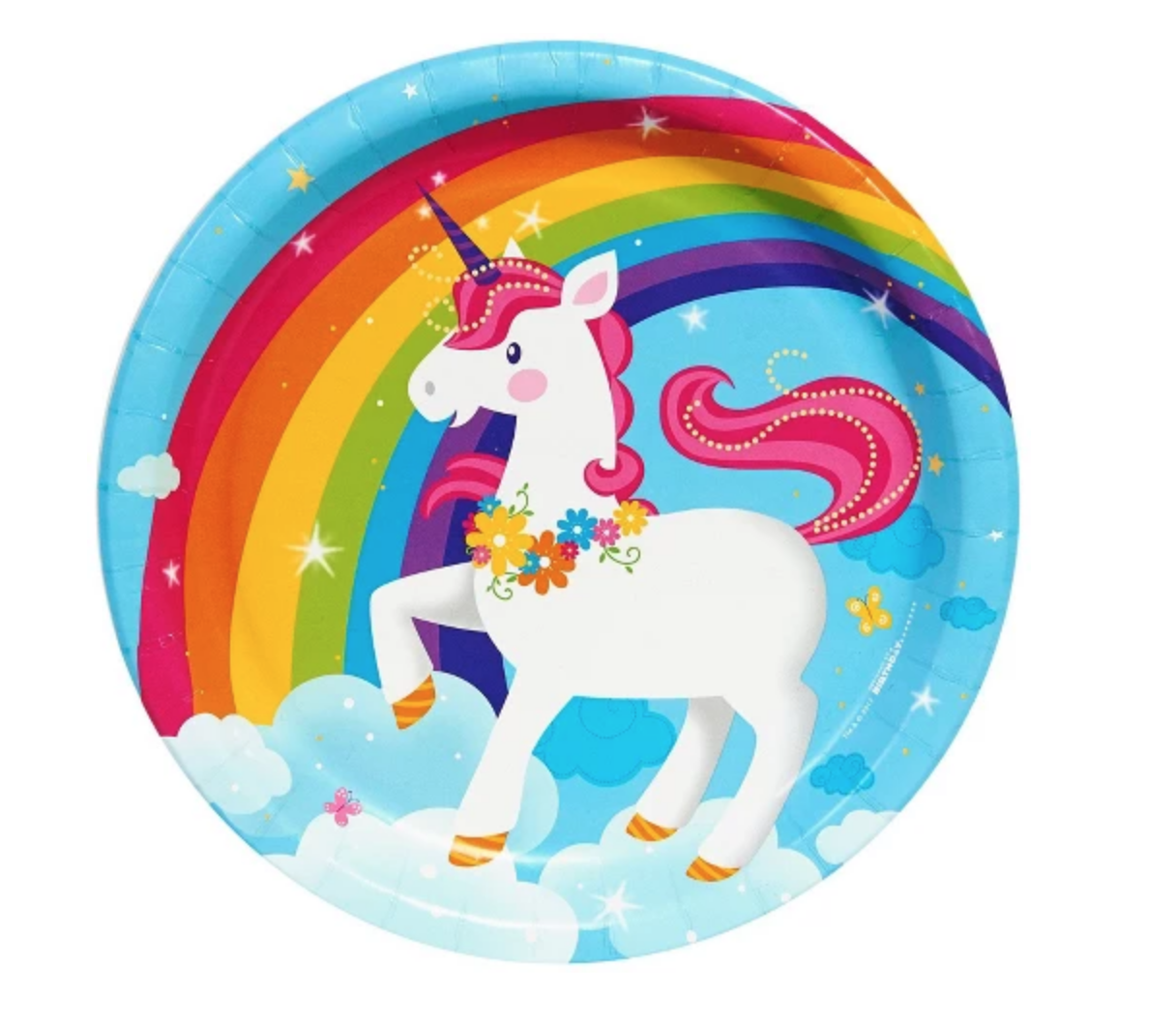 If you want total honesty, I’m excited to finish this post so that we can finish up The Bachelor and see how the hometown dates turned out.
I’m trying a few new dessert recipes this week that I want to blog about at a later date, so I’m pretty excited to do some baking.
My life is non stop excitement, can’t you tell?!  😉

We only have THREE EPISODES LEFT of The Office! I’m going to be so sad when we’re done! I just Googled it, and there are 201 episodes that aired over nine seasons. We started re-watching them last summer, and I’m going to miss all the characters when we’re done watching!
We’ve enjoyed having a show with quick, twenty-three minute episodes to watch when we want something to unwind with before bed. I think we’re going to re-watch Entourage next. 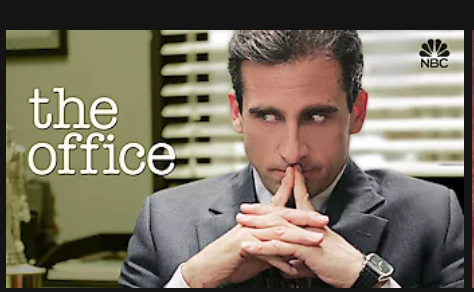 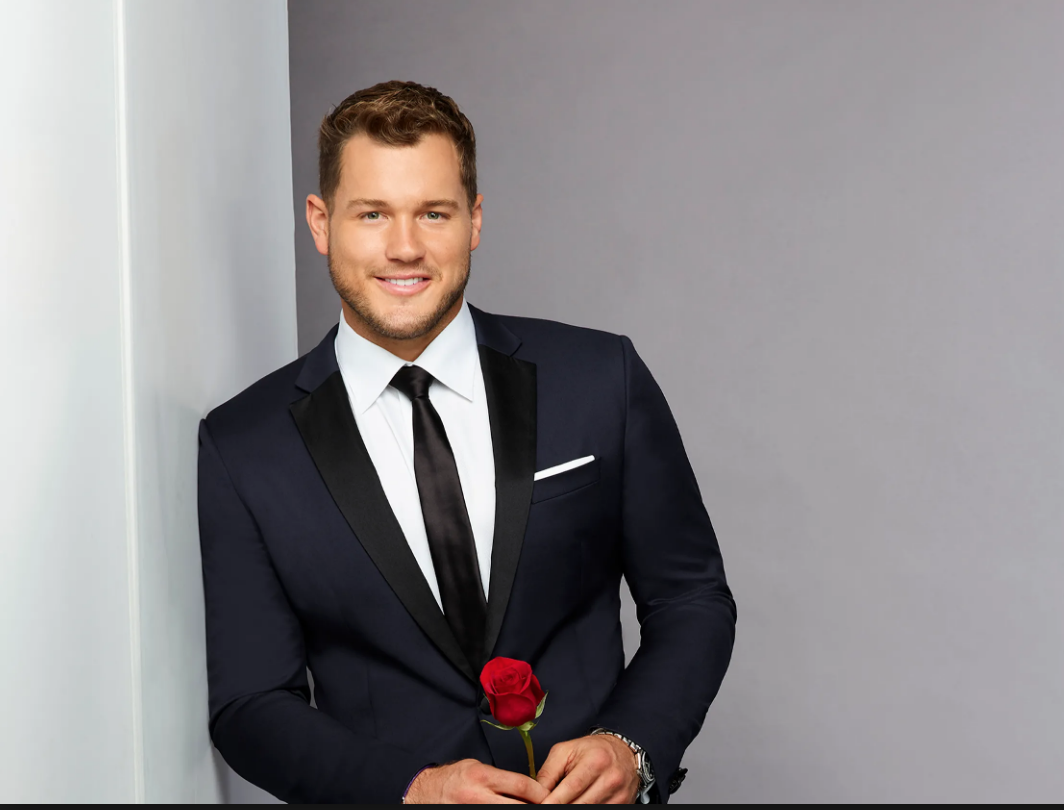 I’m currently reading One Day in December.
It’s about a girl on a bus in London who makes eye contact with a guy at the bus stop as the bus is pulling away, and she’s convinced they are soulmates. The girl spends the next year looking for him everywhere but has no luck . . . until her roommate brings home her new boyfriend and it’s the guy from the bus stop! It’s an easy read; perfect for the four minutes I’m able to keep my eyes open before bed! 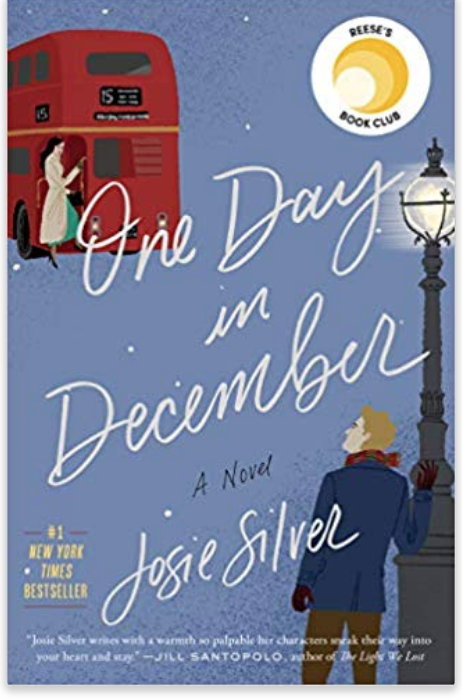 Nothing new since last month! Still a lot of Disney music with the occasional Wheels on the Bus or Baby Shark thrown in for good measure.
Oh, and I still love the Mom Brain podcast I mentioned in last month’s What’s Up Wednesday post. I listen to it in 10 minute increments every morning while I unload the dishwasher.

I haven’t worn them yet, but I picked up these jeans at Loft. They were on sale, and I also had my $15 birthday coupon. Woo hoo! 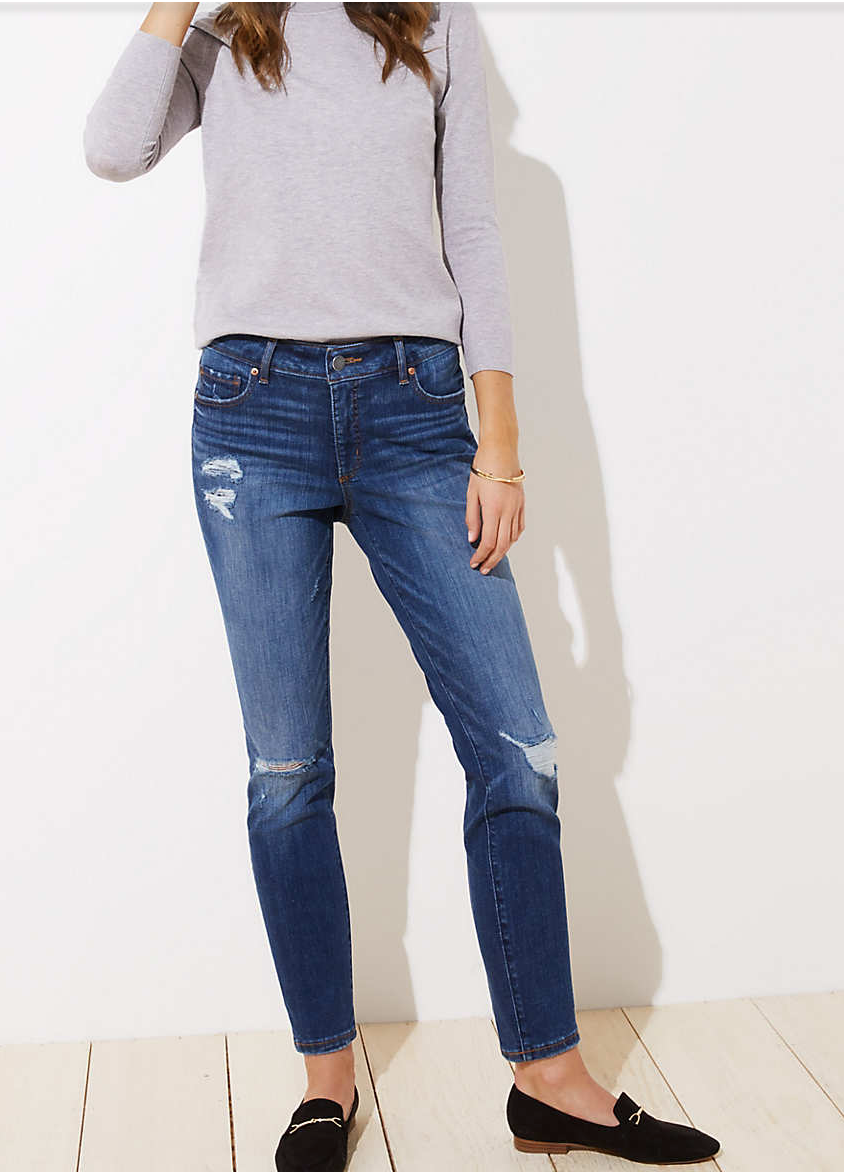 I’ve also been wearing this Urban Decay Laced eyeshadow a lot. Sometimes I don’t feel like messing with blending eyeshadow colors together or putting one color on my lid and another in my crease. Sometimes a girl just wants to put on one color and call it a day . . . and this is that color! Kate told me about it on her blog a while ago, and I’m so glad I finally got around to buying it. 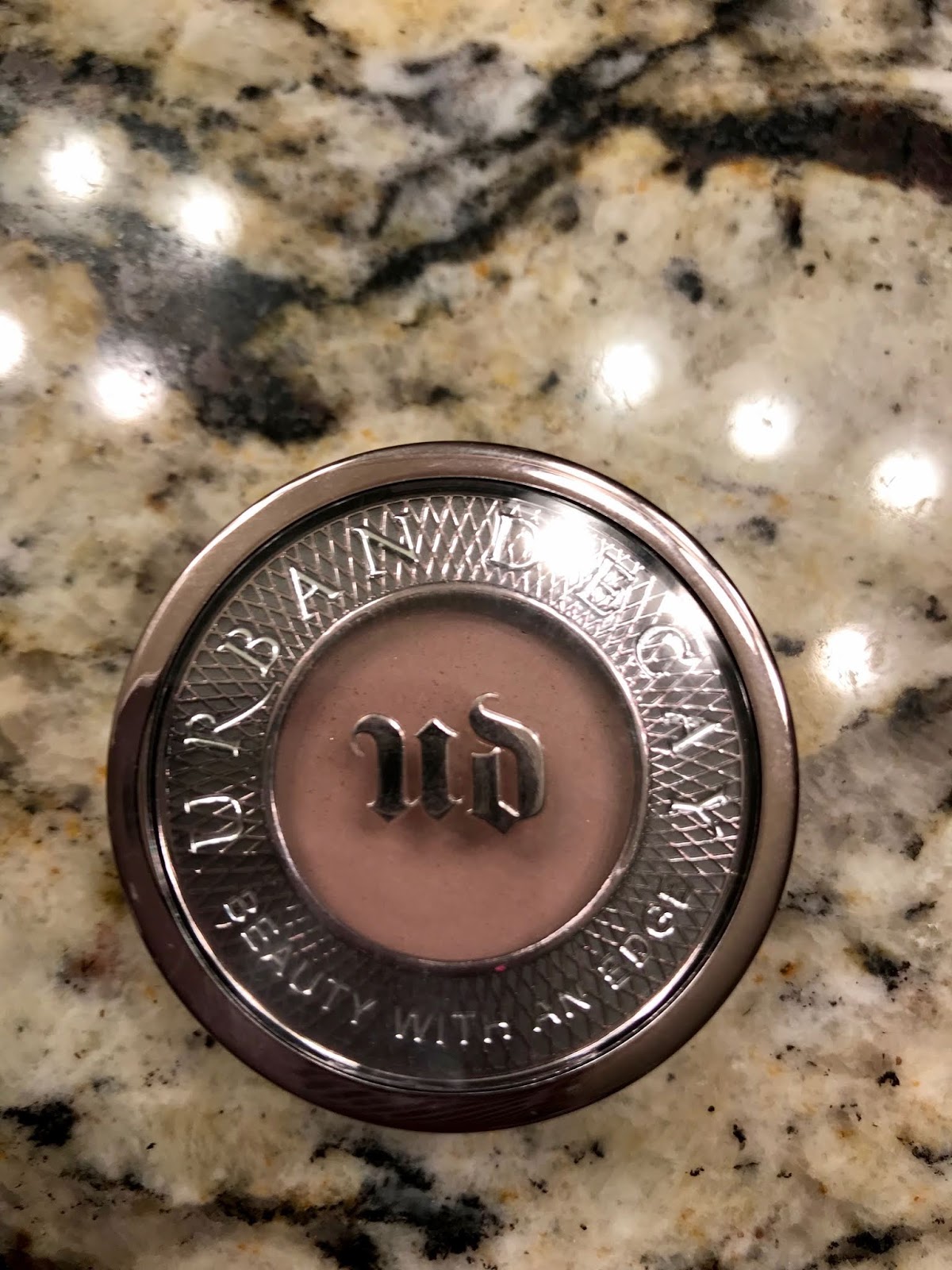 We’re going to our neighborhood Euchre Party!
The only objective is to not come in last because the losers have to host the next party.

Emily’s birthday . . . on the very last day of March! It’s going to be a looong month. Here’s hoping we start having some nicer weather days.

Honestly, if you don’t want to hear about sleep training, potty training, or the latest sensory bin that I’ve made then I really don’t have much to bring to the table!

Bonus Question: What’s your favorite board game to play with your kids?


Candy Land is the only board game we have, and Lucy actually does a pretty good job following the rules! SORRY is my favorite board game ever, and I can’t wait until Lucy is old enough to play! 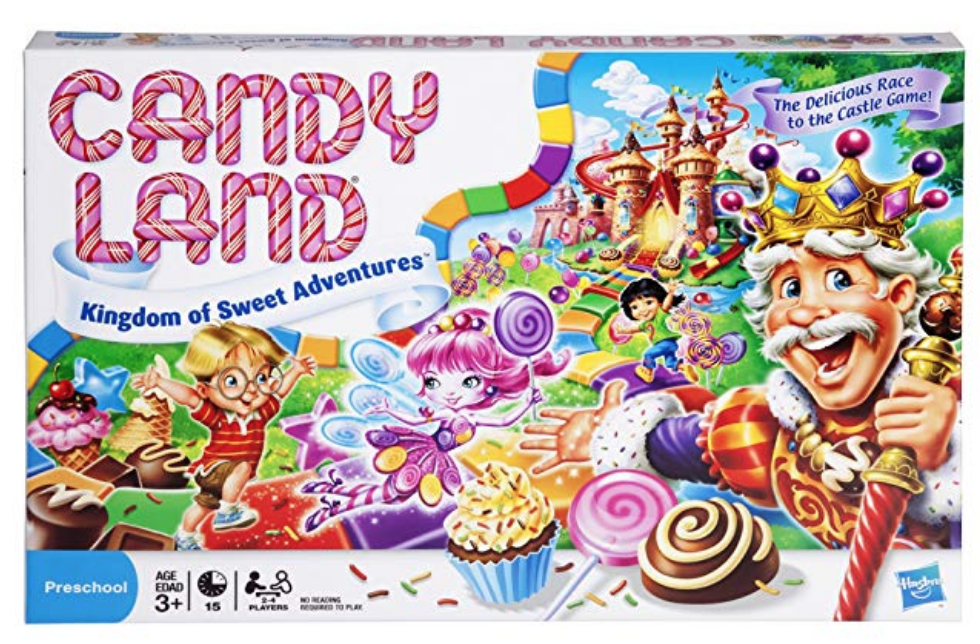 That’s it for today. See you on Friday!
XOXO