It’s Friday!!!!
This is the second week in a row that seems to have flown by for me. I can’t believe there’s only one week of February left! All we have to do is make it through March and then we’re in for some consistently pleasant weather, right??
Here are our top ten pictures from the week.

We spent quite a bit of time playing out in the snow on Monday. Emmy kept fussing and fussing because she wanted to go for a walk. It turns out what she really meant was that she wanted me to hold her while we walked around our circle. #nothappening
Ems refused to go in the sled, so Lucy kicked back and relaxed while I pulled her and encouraged a teary Emmy to keep on walking. Good times! 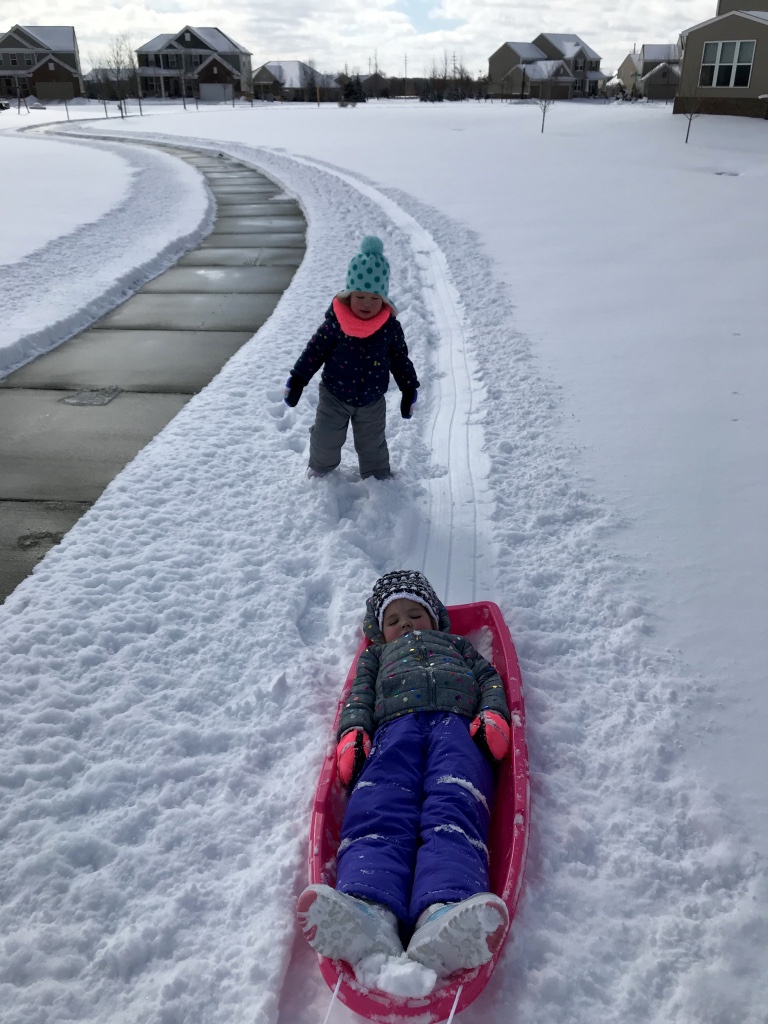 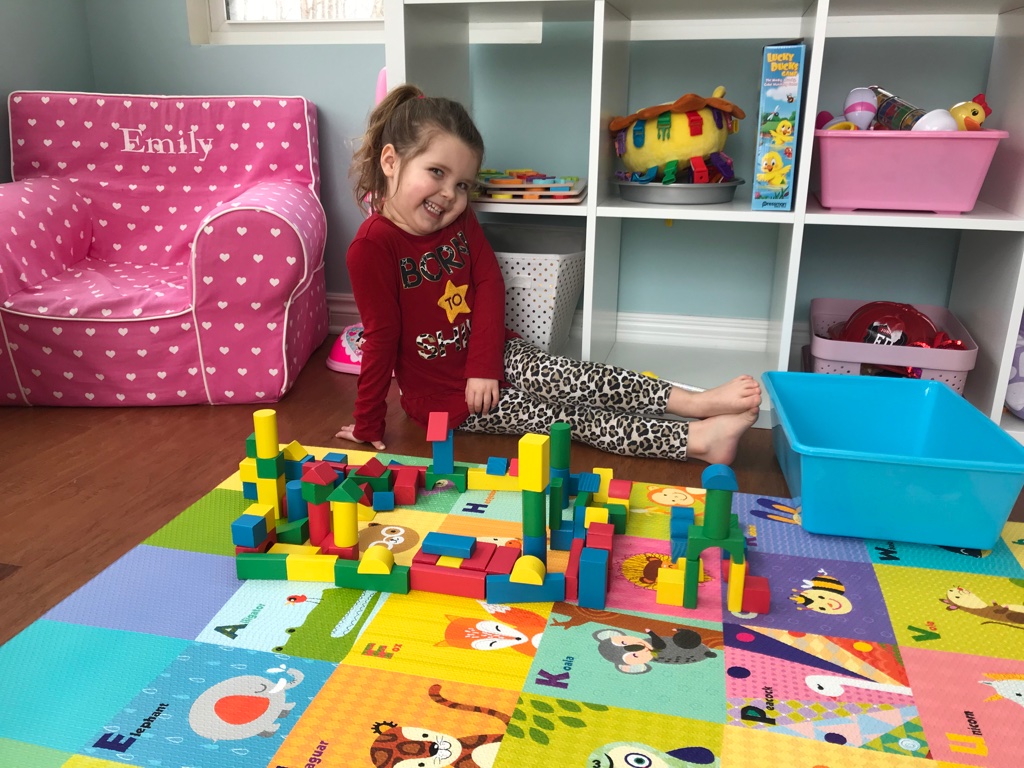 ~ ~ THREE ~ ~
We met my mom at the mall on Tuesday, and Lucy was excited to ride on this motorcycle “just like daddy.” Side note: Lucy saw one picture of Matty on a motorcycle and now she thinks her daddy is the coolest. 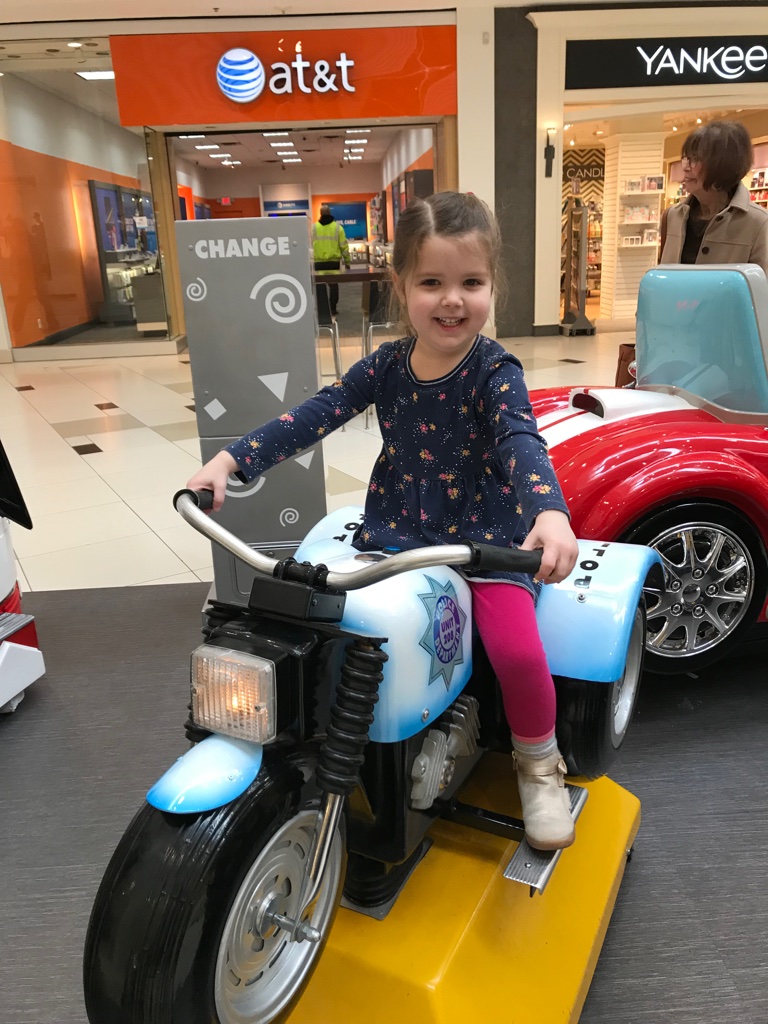 ~ ~ FOUR ~ ~
The girlies were hamming it up at Chipotle! Lulu thought it was hilarious when Emmy put the spoon in her mouth, and hearing Lucy laugh just egged Emmy on. I guess I’ll take some sisterly bonding when I can get it! 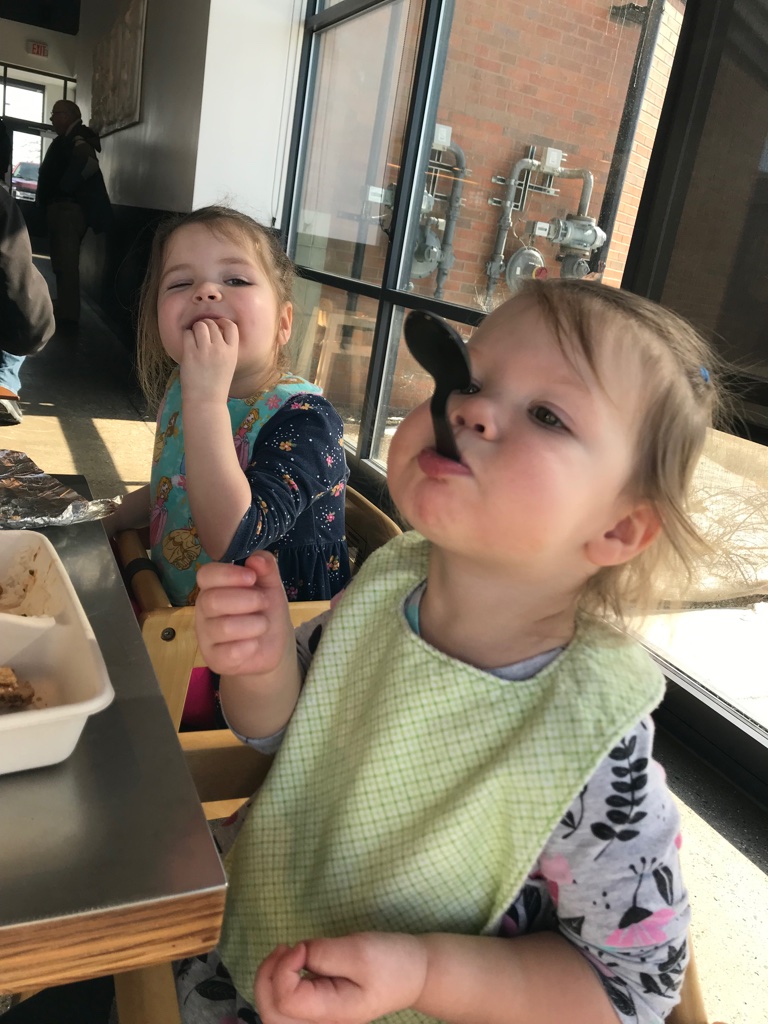 ~ ~ FIVE ~ ~
Lucy had her first homework assignment for preschool, which was to make an “All About Me” sheet. She told me her vision, and we worked together to get it done. She’s not quite ready to write her name all on her own, but I think she did a great job stamping it! 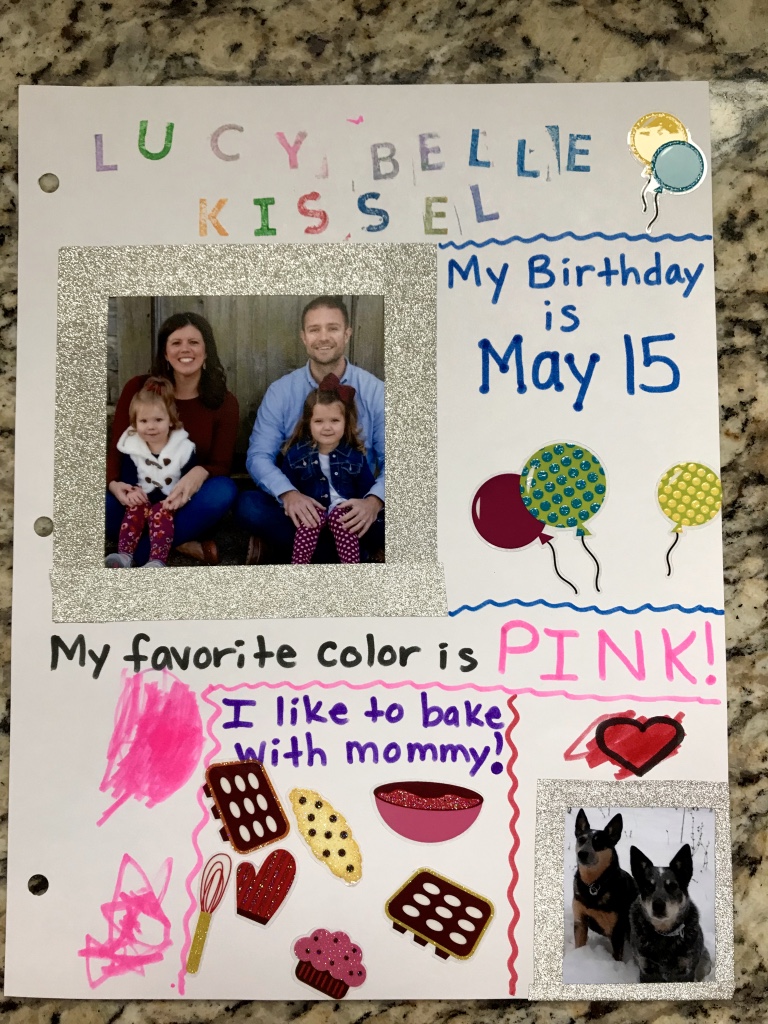 ~ ~ SIX ~ ~
Snow days and winter break seriously delayed Lucy’s Valentine’s Day party at school, but she finally got to pass out her treats yesterday . . . with Emmy to help her! 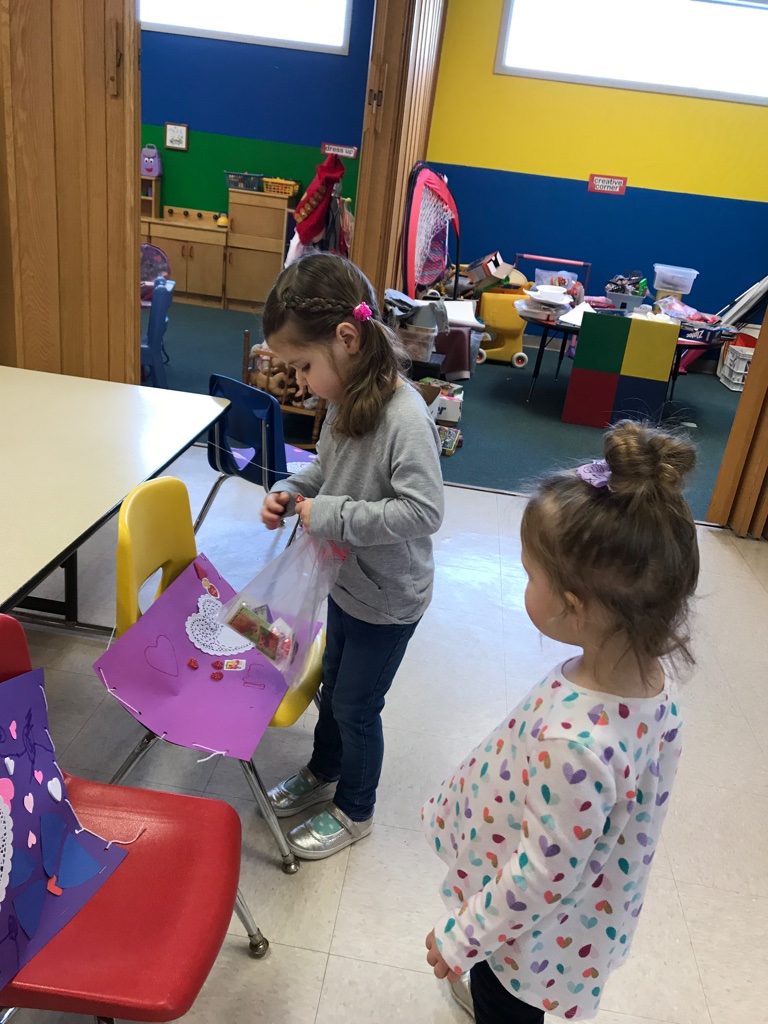 ~ ~ SEVEN ~ ~
Yesterday was Matty’s birthday! As soon as he walked in the door after work, Lucy was super excited to give him the presents that SHE wrapped up for him . . . four toys from the toy room! And Matty sat there and got excited for each one. 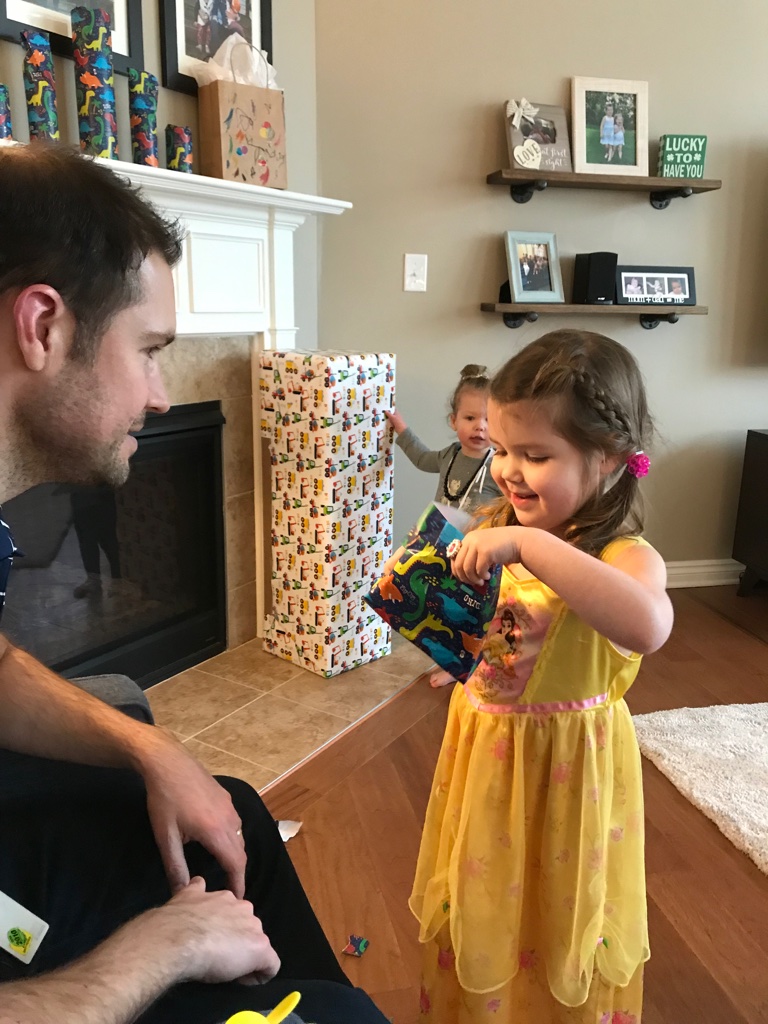 ~ ~ EIGHT ~ ~
Facebook reminded me that five years ago we celebrated Matty’s birthday on the beach in Mexico. This year?? . . . we celebrated at Taco Bell! #keepingitclassy
Also, please note the man behind Matty obviously conducting a business meeting whilst eating at Taco Bell. I say let’s encourage more people to make a run for the border to conduct business meals, and then maybe I can finally take the girls out to lunch at Panera and easily find a seat! 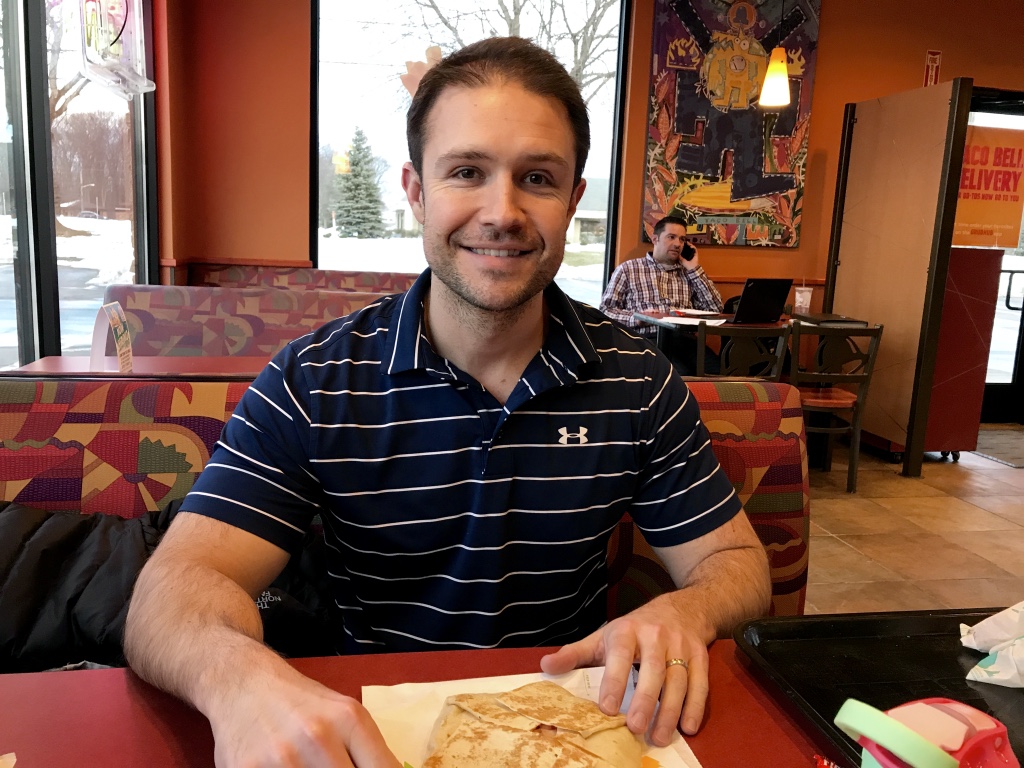 ~ ~ NINE ~ ~
So many things in this photo:
1. Matty cut off the top of my head in order to include his Crunch Wrap Supreme.
2. Both girls were all over me the entire time, but it was Matty’s birthday so I decided to let him eat in peace.
3. That “fun bun” makes Emmy look so old! 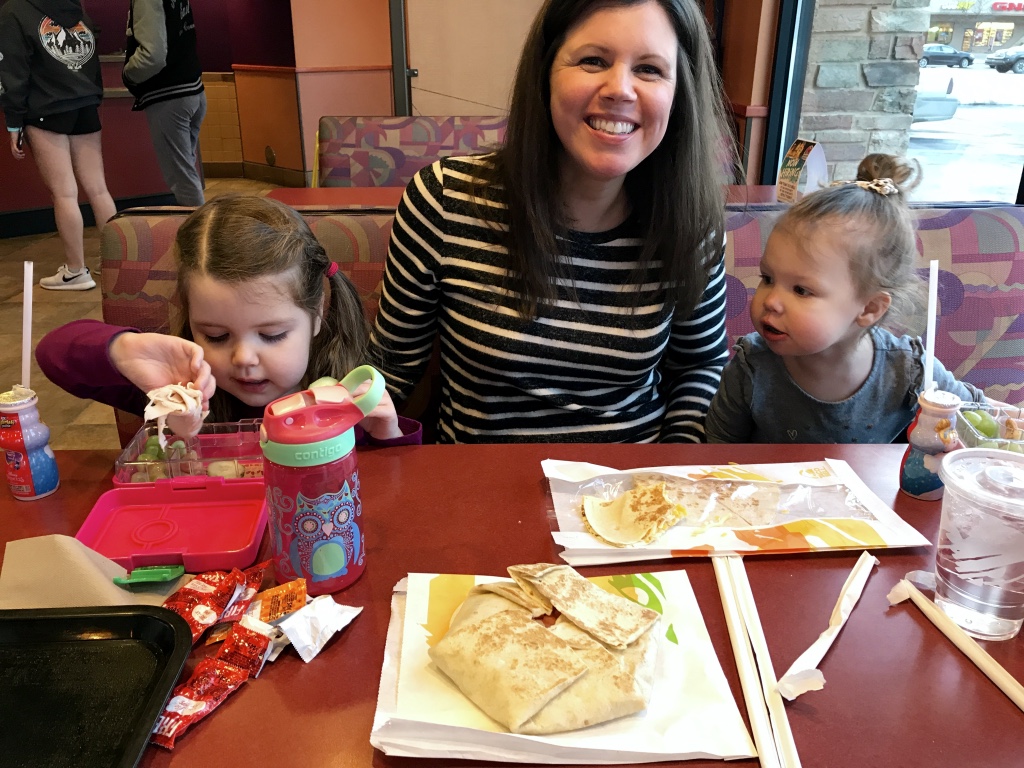 ~ ~ TEN ~ ~
And we ended the night by splitting a peanut butter cup and banana Blizzard from Dairy Queen! Do we know how to do birthdays or what?! 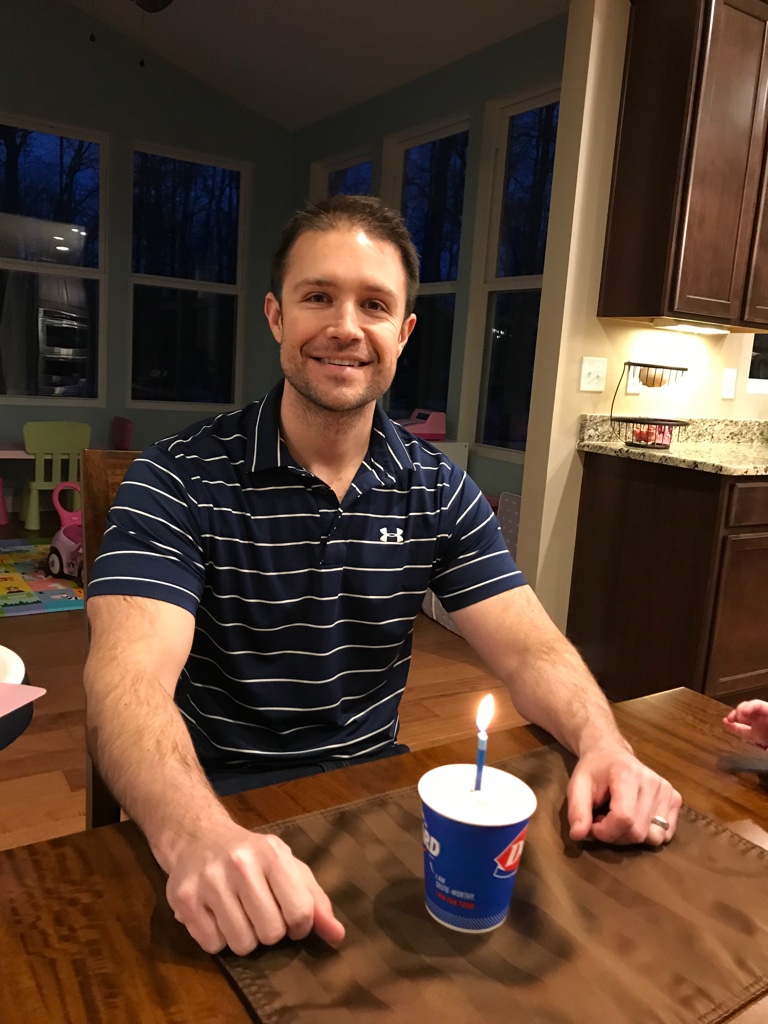 Ok, so there’s actually twelve pictures because I couldn’t leave out these two! The girls got chocolate cones with sprinkles and devoured them! 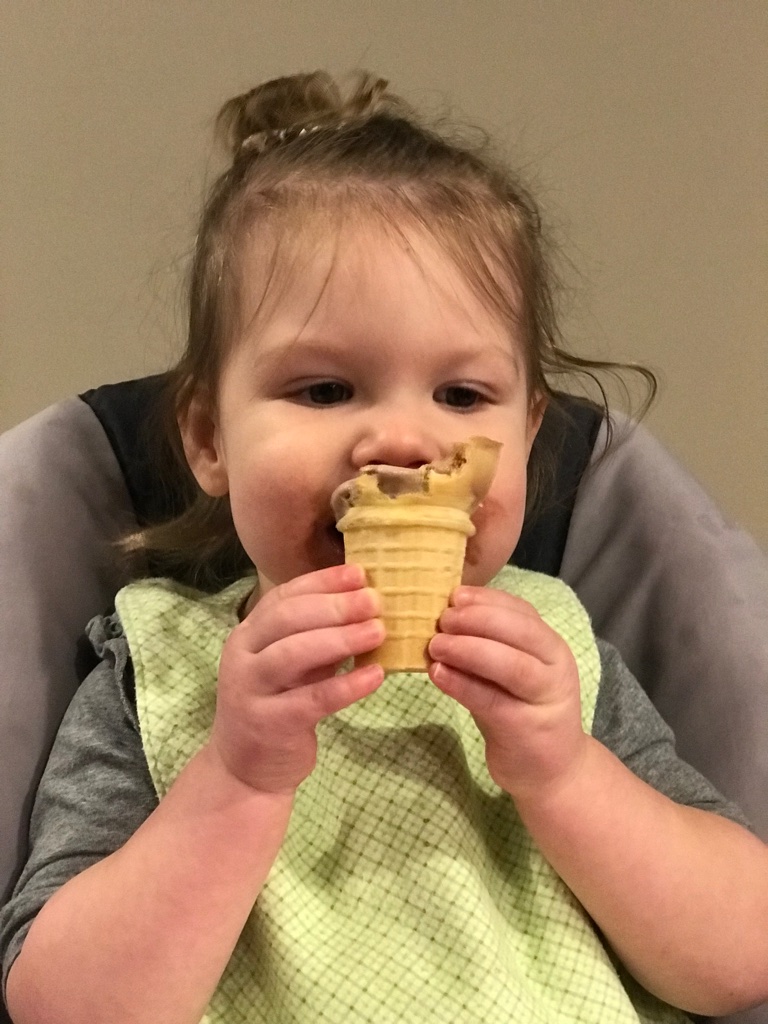 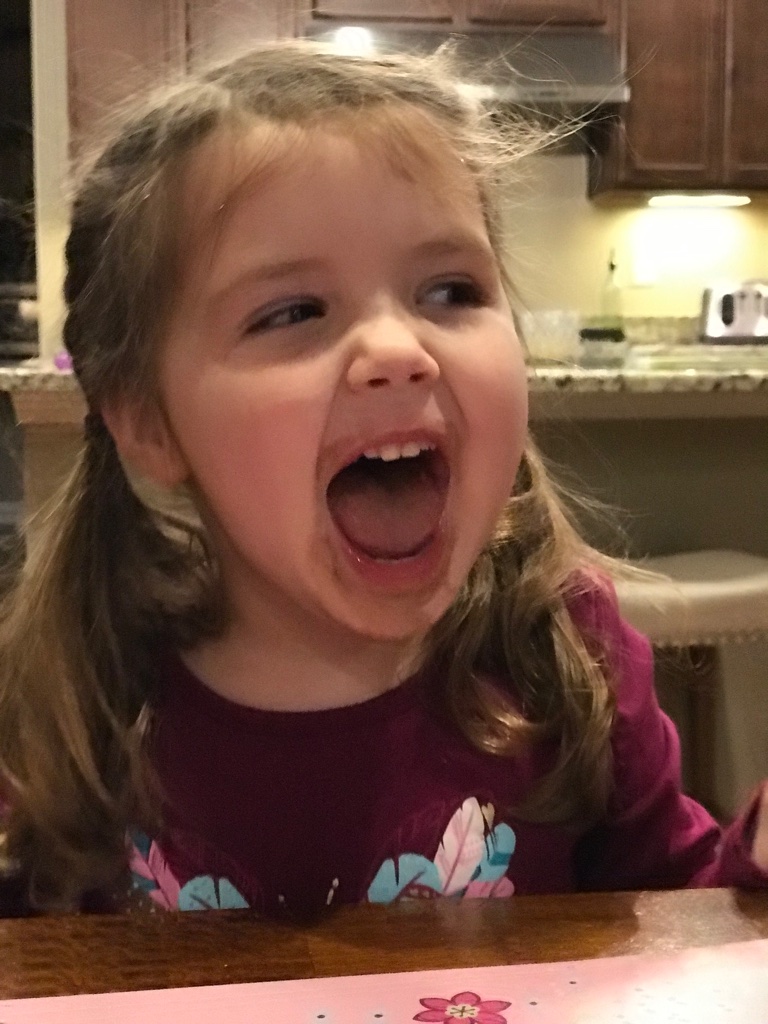 And that was our week!
Listen, I don’t want to jinx anything, but word on the street is that Matty and I are getting a night off on Saturday! Is there wood anywhere? If so, I’m knocking on it!!
Here’s hoping all children and grandparents are healthy enough for this monumental event to take place!!
Have a great weekend!
XOXO