Happy Wednesday!
Some of my favorite bloggers have been doing posts about what they buy on Amazon for months now. I’ve finally decided to jump on the bandwagon because I really don’t know how we survived before Prime!
Whenever I think about doing a post focused on Amazon, I immediately want to title it “Prime Time” . . . as you see I’ve done! But I’m confused as to why no other bloggers that I follow have used that title yet?! I hope I’m not violating some sort of Amazon rule; but it seems like a natural title to me so I’m going with it!
So, without further adieu, here’s my list of utterly random items courtesy of Amazon Prime! 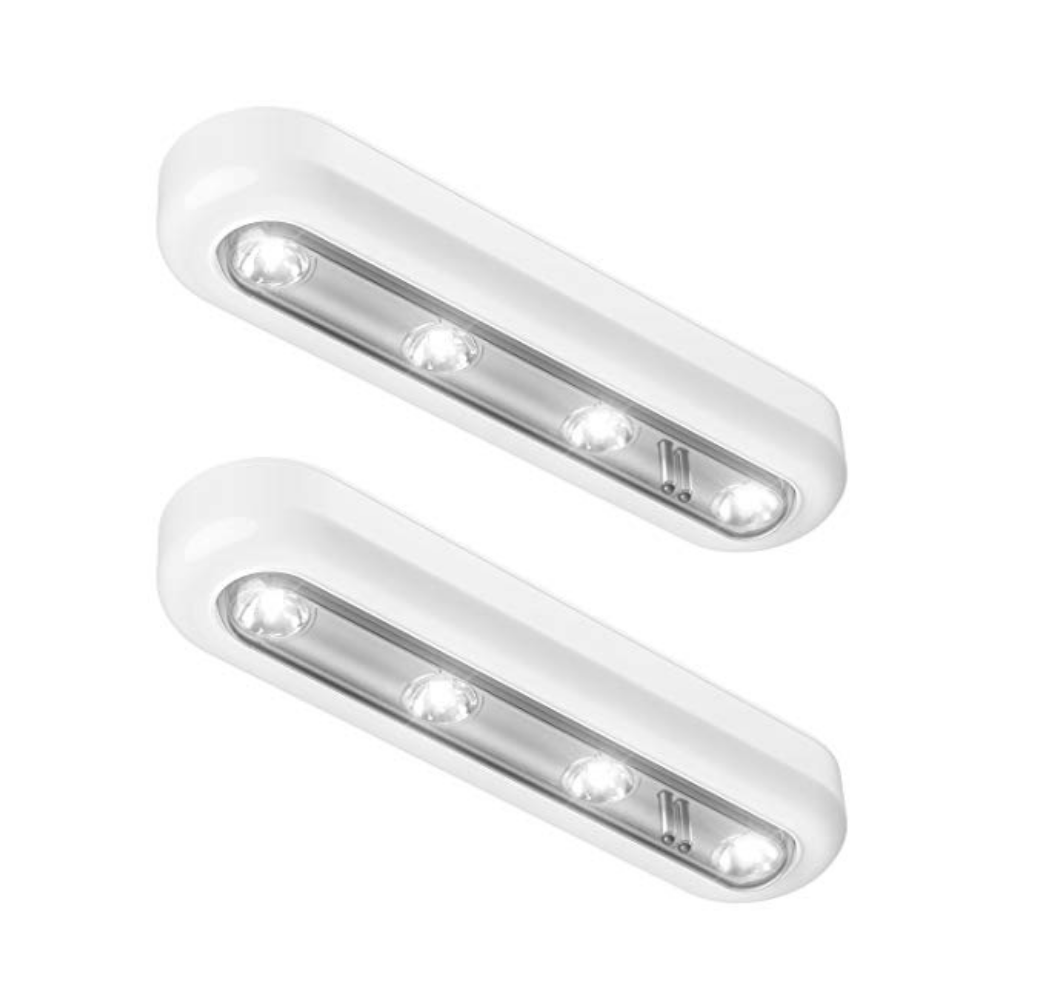 These just arrived the other day, but so far so good. Our linen closet upstairs doesn’t have a light in it. We don’t like to turn on the hallway light at night because it really lights up the girls’ rooms, so we usually just use the flashlight on our cell phones . . . until now! Matty ordered a set of these battery operated lights, and they work great! He stuck one to the wall right inside the closet, and you just touch it with your hand to turn it on and off. We put the other one in our coat closet downstairs.
Along those same lines, we also LOVE these: 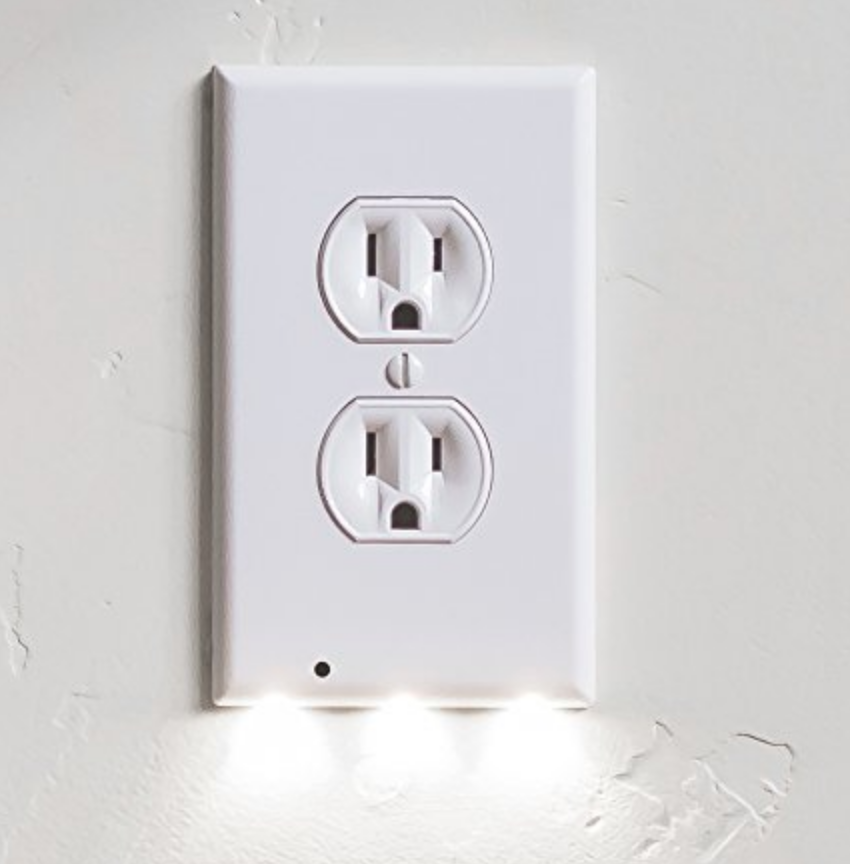 We’ve strategically replaced our wall outlets with these LED night light outlets all around the house. They require no batteries and are super easy to install. Matty did them all in minutes. They turn on and shine just the perfect amount of nightlight down toward the ground once it gets dark enough in the room or hallway that they are in, and then they turn off once there’s enough light in the morning. They aren’t cheap, but definitely worth it in my opinion.
The Grinch 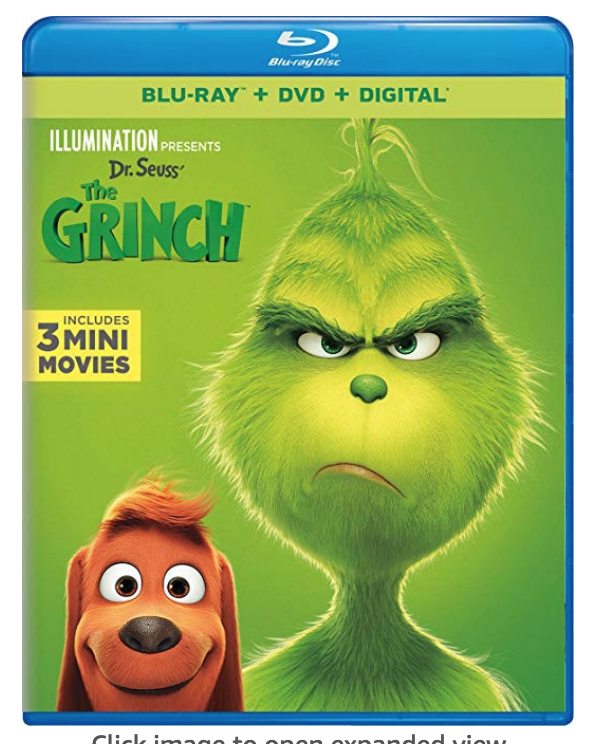 Lucy saw the Jim Carey version of The Grinch on Netflix over Christmas and wanted to watch it all the time. Matty and I thought it was the worst movie ever! We never made it to the theatre to see this new version, but heard it was super cute and much more appropriate for little kids. . . and everyone was correct! When I saw that we could get a Blu-Ray, DVD, and the digital code to put the movie on the girls’ Kindles all for $20, I was sold. Plus, we split it with my parents who took the DVD portion. We watched it over the weekend, and it is so cute and funny! So long, Jim Carey . . . we’ll take a happy Grinch from now on! 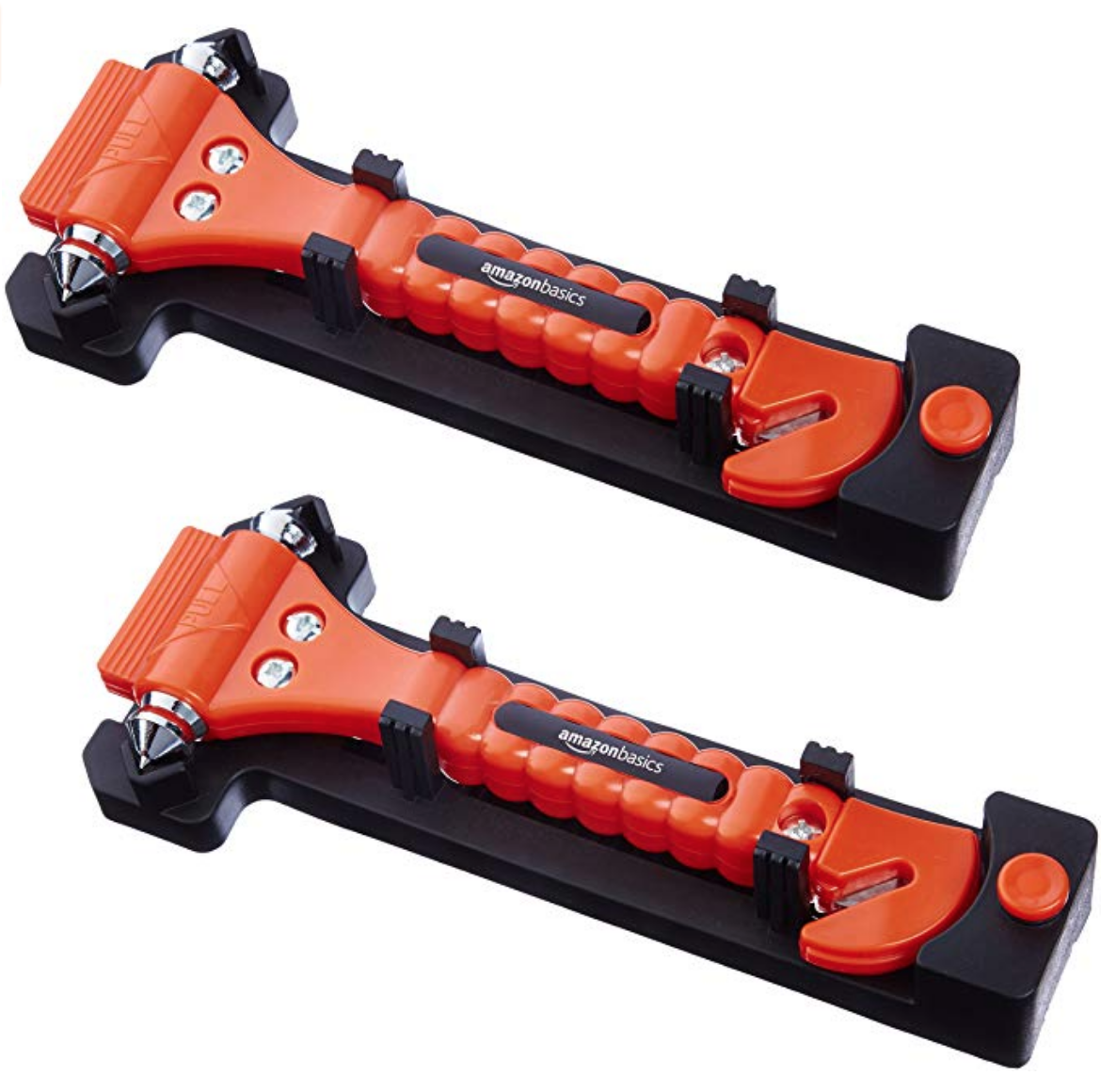 Several months ago I saw a story on Good Morning America about a mom whose car had gone off the road into a pond, and she had this tool in her car that saved her kids’ lives! She discussed how the pond water made her electric windows not work and that she was sure she and her kids would drown, but this tool broke the window no problem! Goodness gracious, never have I ever made a purchase so quickly! It was $8 for two of these life saving tools. One end can be used to break windows, and the other end has a blade to slice through carseat harnesses or seat belts. Matty may have rolled his eyes a bit when I showed them to him, but he allowed me to put one in his glovebox. Side note: make sure to keep it in your glove box or center console. If the car tips over, you don’t want it falling out of your side door pocket or cupholder and then not be able to find it! Seriously, whether you have children or not, why wouldn’t you want one of these in your car?! 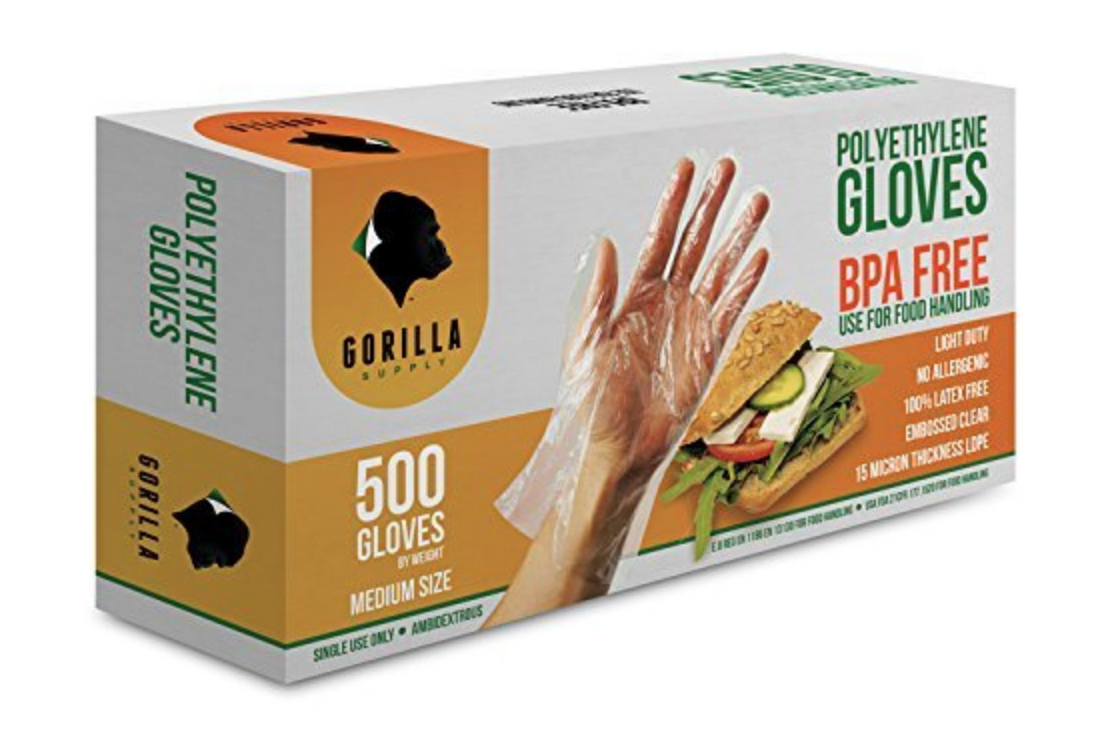 This is kind of a silly one, but we use these food handling gloves all the time. Whenever we’re prepping meat or doing something where we’d prefer not to get our hands dirty, the gloves go on! 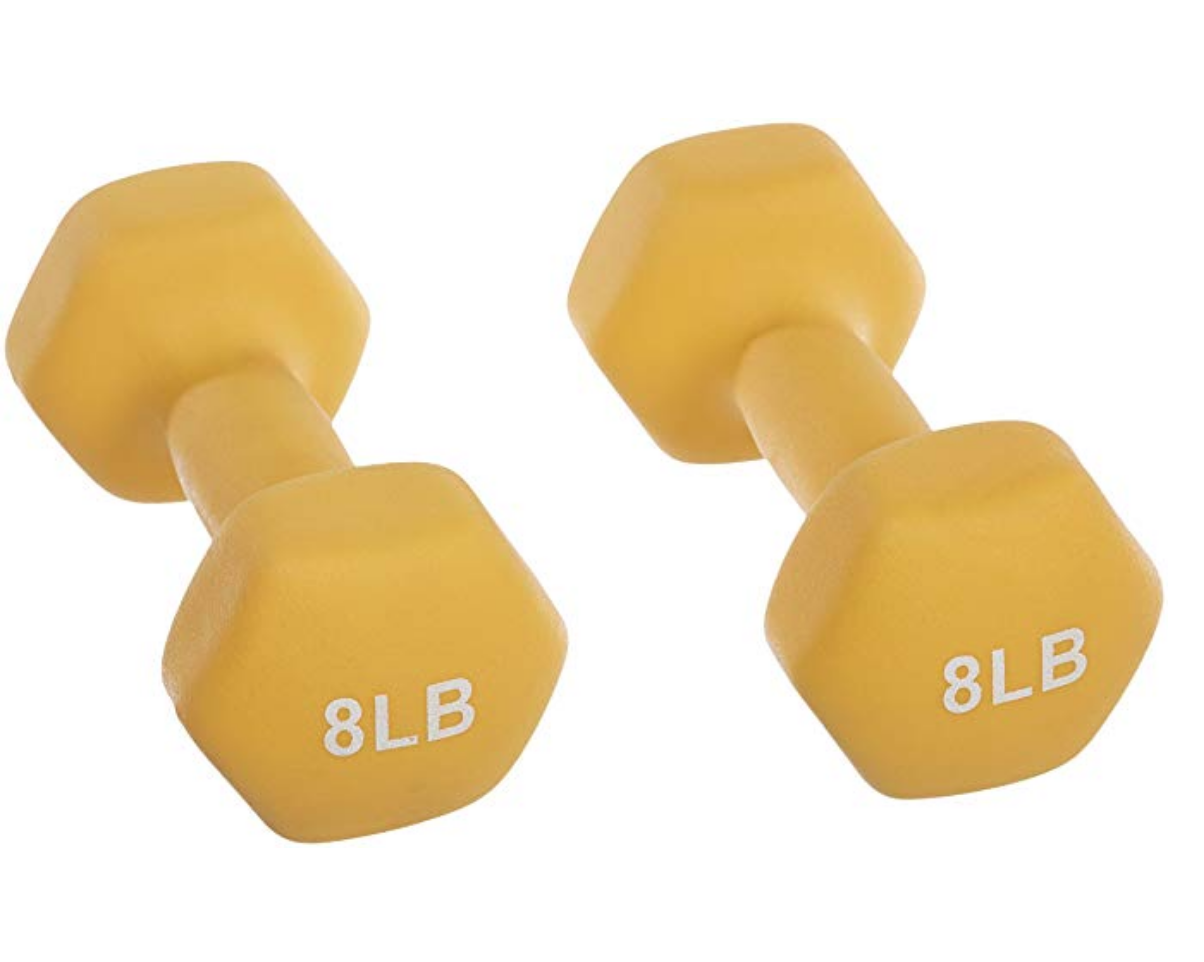 I already have a 5lb set of weights, but needed something a little heavier for the videos I’ve been doing. These weights are a good deal, the quality is great, and I love the bright yellow color! 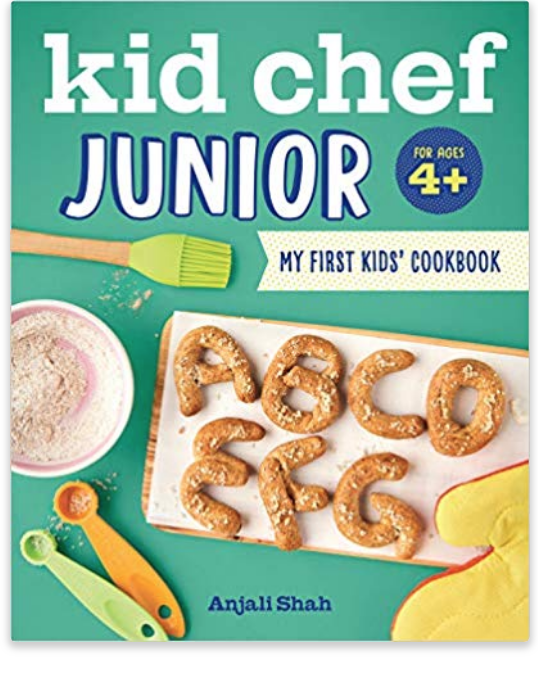 My nephew, Gordie, turned five last month, and he loves to cook and bake with his mama. We got him this cookbook and a few of his own utensils for his birthday.
90 Degree By Reflex – High Waist Power Flex Legging – Tummy Control 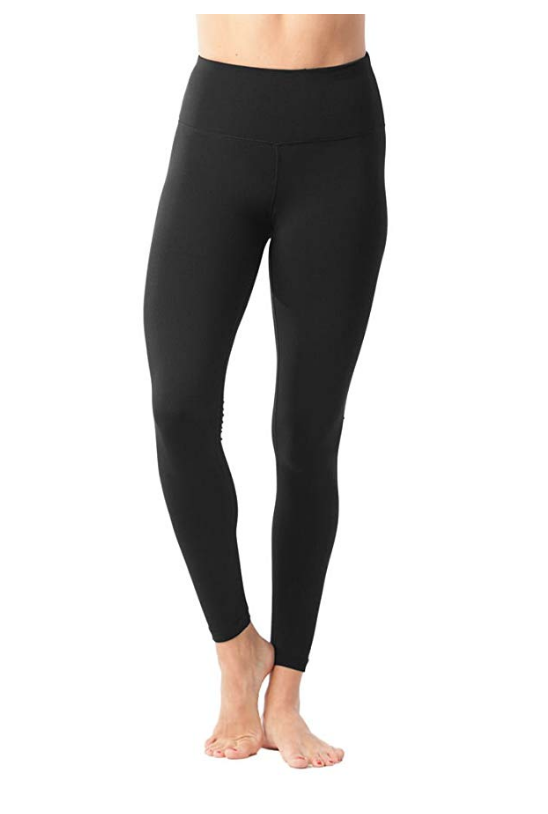 These leggings have over 5,000 good reviews, and they deserve every one of them! They are buttery soft, super comfortable, and offer a little tummy support for those of us who need a little extra help in that area. I also like that the tummy control isn’t so tight that it creates a bulge over the top. I’ve only purchased the black so far, but they come in a ton of cute colors. My friend Marie was wearing the dark pink/red color a few weeks ago and looked so cute in them. I’m sure a pair of the capri length leggings will be finding their way to me come spring!
So as I go back and review this list, we really haven’t bought anything TOO exciting in a while. I guess I’ll have to fix that! (Just kidding, Matty . . . sort of!) If it were up to me, this bounce house would be our next purchase. Since we’re ever so slowly coming out on the other side of winter, I can’t really justify it anymore . . . I guess. Let me tell you, though, if I could go back in time to December and know then what kind of winter weather was ahead of us, you better believe Santa would have delivered that bounce house to our basement on Christmas morning!
Have a great rest of the week. Tomorrow is Matty’s birthday so we’ll be celebrating our favorite guy as soon as he gets home from work!
XOXO