Happy Monday!
Hope you had a good weekend. The girls are feeling better, and now we’re giving Ems a little refresher course in sleep training because she got used to me holding her all night long.
We had a pretty low key weekend and only visited ONE grocery, so I’m calling it a win!
Here’s a peak at a few highlights from last week as well as our weekend.
We played out in the snow for awhile last Monday, and the girls had a great time! 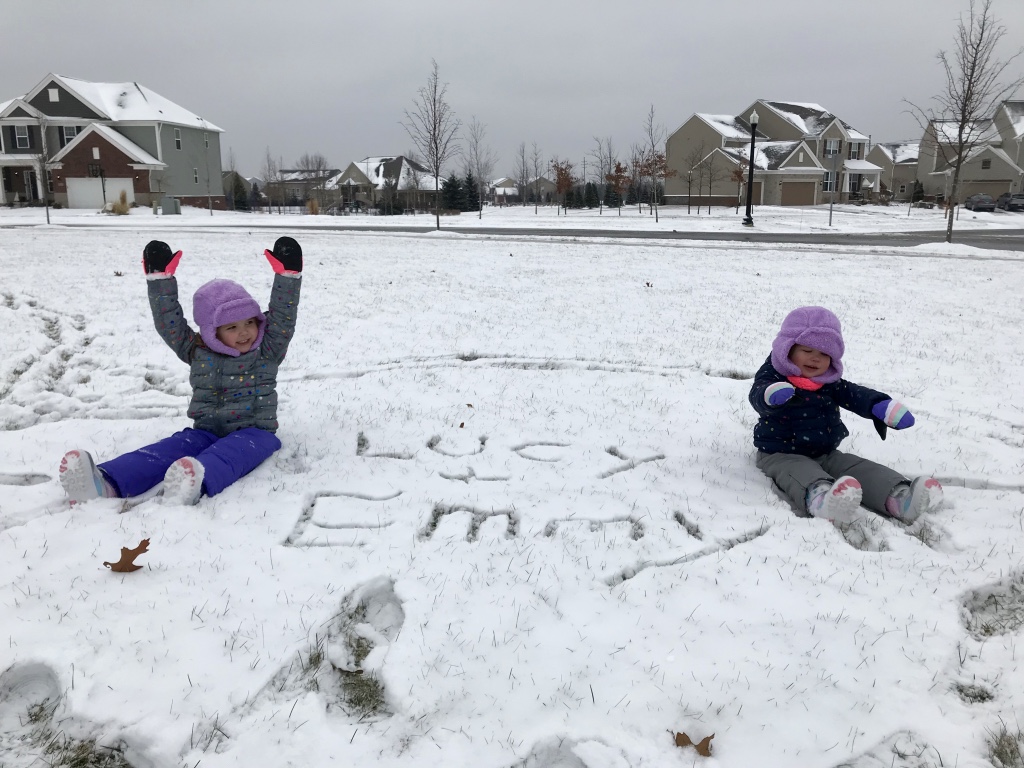 We battled a snow storm and made the 30 minute trek to meet friends at Open Gym last Wednesday. It wasn’t crowded at all, and the girlies were able to run around and get some energy out. 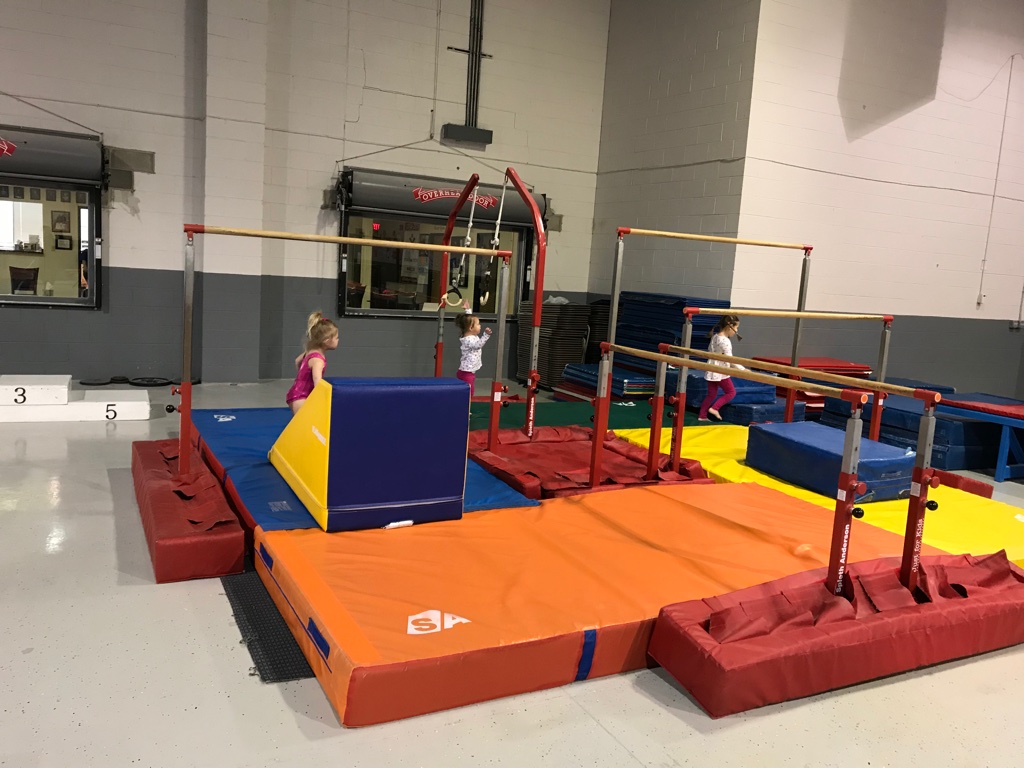 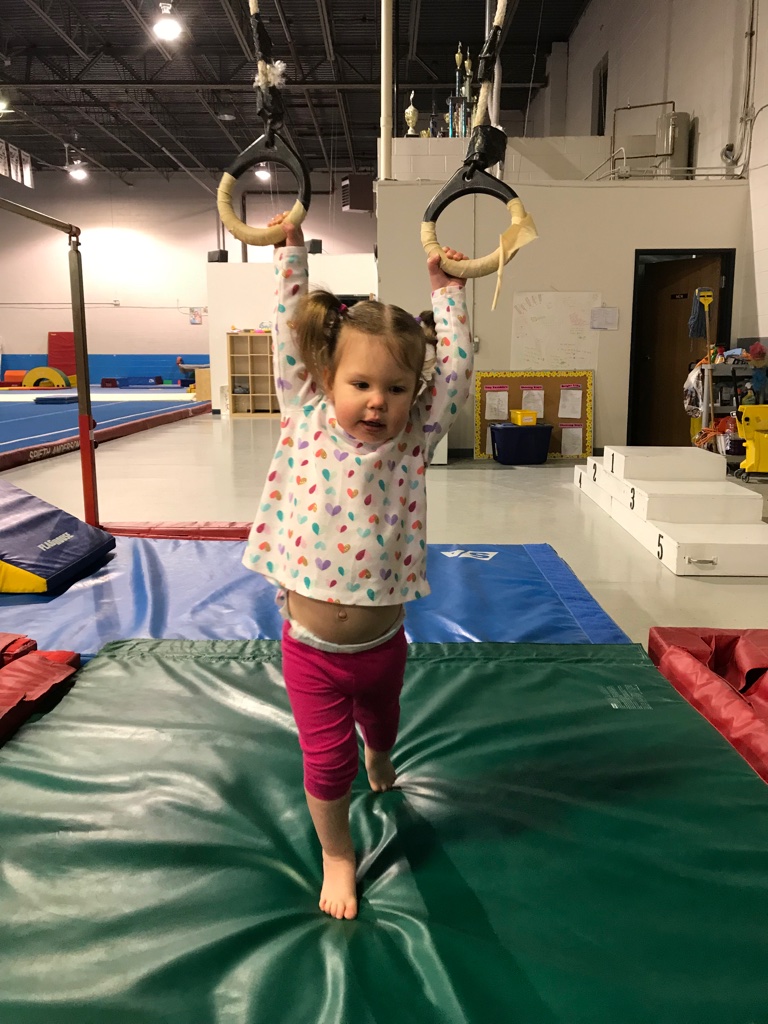 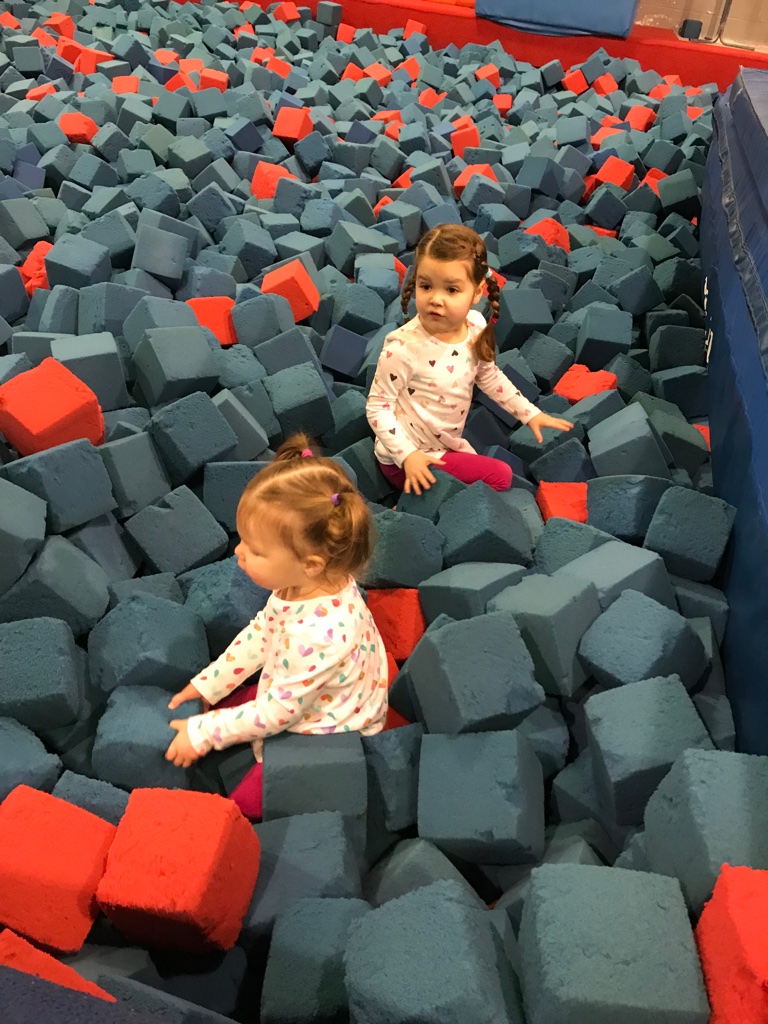 Once we got home, Emmy started going downhill fast. I was up with her most of the night Wednesday. ugh!
Thursday was Valentine’s Day, and that calls for a fancy hairdo! 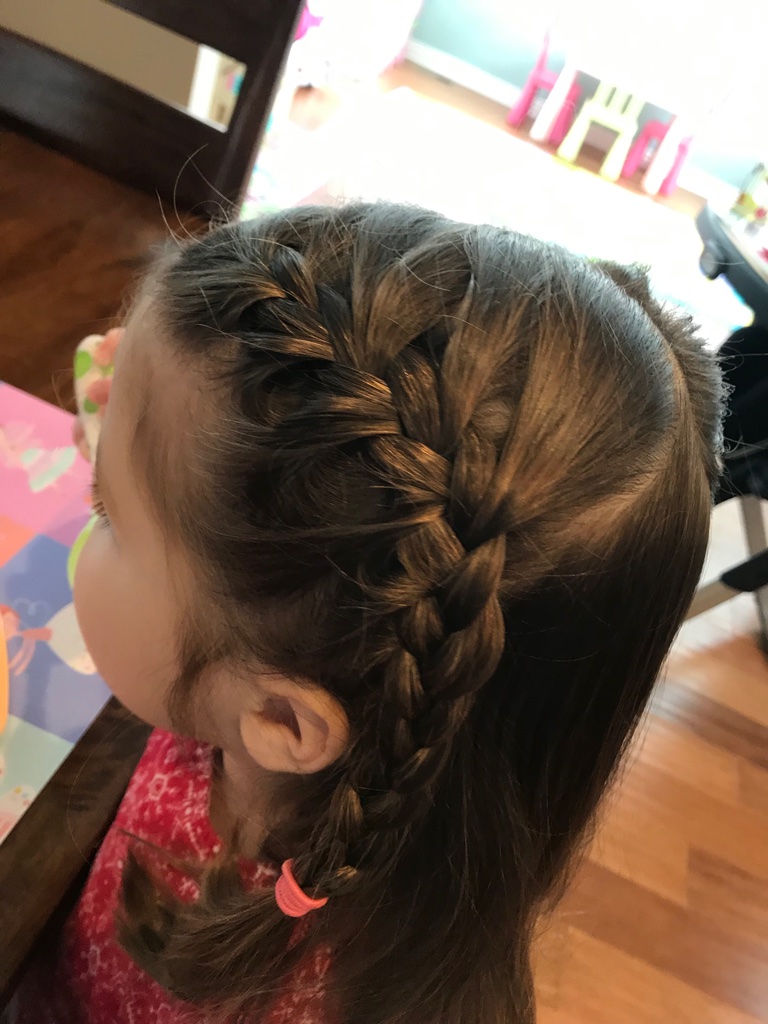 My mom had a bad cold and sinus infection the week of my birthday. Between her illness and snowy/icy weather, we hadn’t yet gotten together to celebrate my birthday! So on Valentine’s Day, our table was filled with birthday gifts and Valentine’s Day treats for the girls and me. I was super duper tired, but presents and brownies took my mind off of it for a bit.  🙂 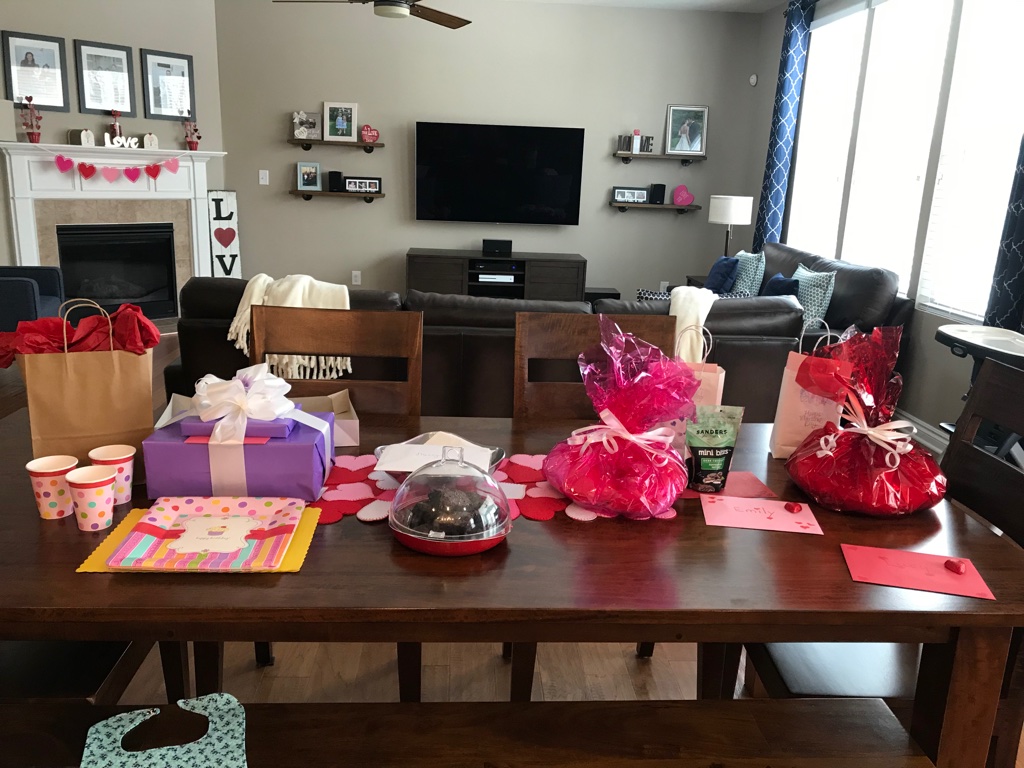 And then most of Thursday night was spent with Emmy sleeping on me again. 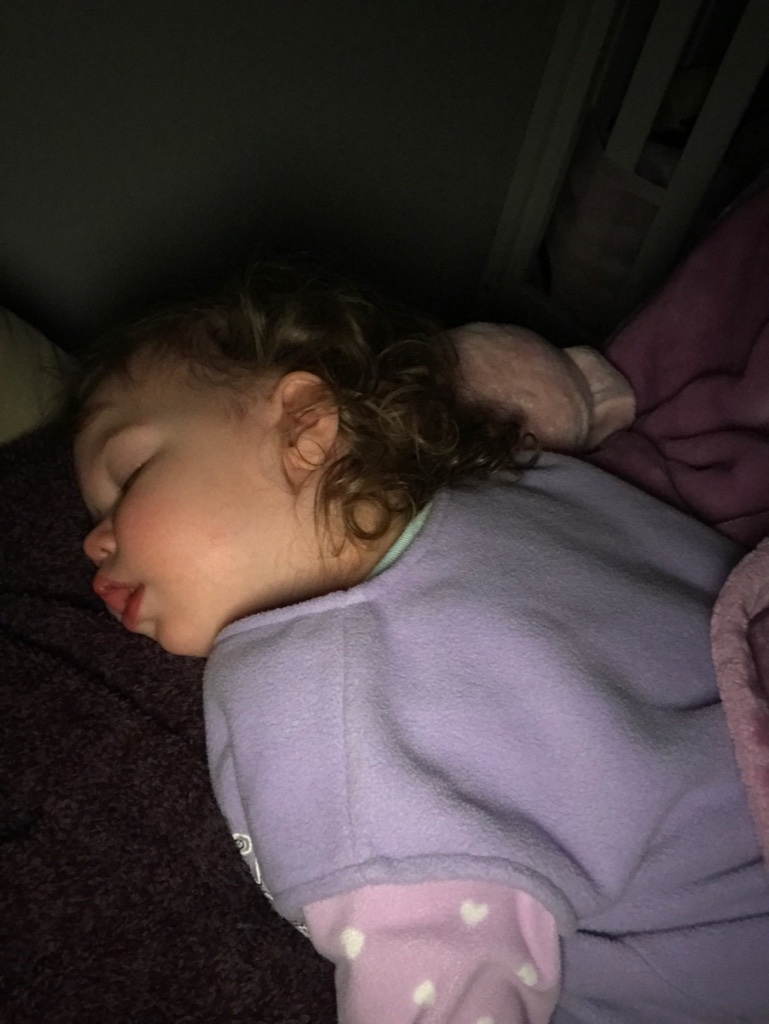 Here’s a flashback for you! Because of her colic, Emmy has spent countless . . . COUNTLESS hours sleeping on me. It was way more comfortable when she was a tiny little babe than now as a 30 pound toddler! We have the most comfortable Lazy Boy recliner ever in Emmy’s room, but I still feel like my chest is being crushed and I “wake up” the next morning with an achy lower back. It’s a good thing she’s so cute! (FYI, I think Emmy was about three months old in this picture.) 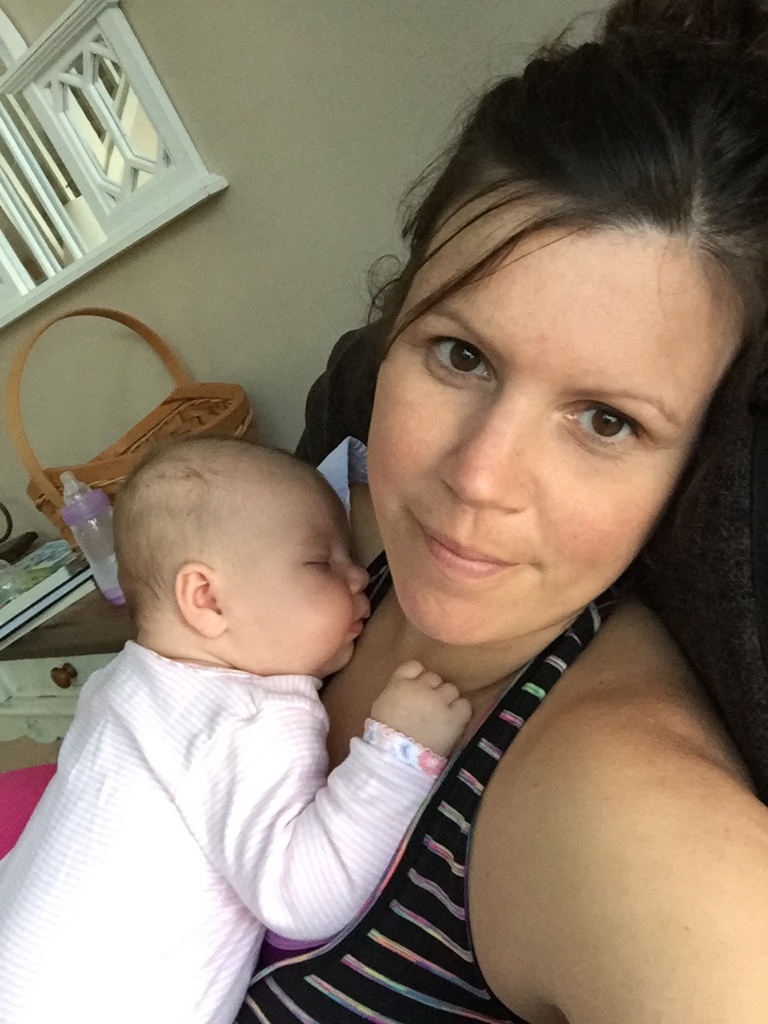 We were all tired and a little grumpy at times, but we had errands to run Friday morning so off we went. . . with Marshmallow the Bear in tow. I didn’t want any tantrums so I agreed to let him ride in the car with us, but I drew the line at packing him a water bottle and a snack. There’s a reason we’re not having a third child! 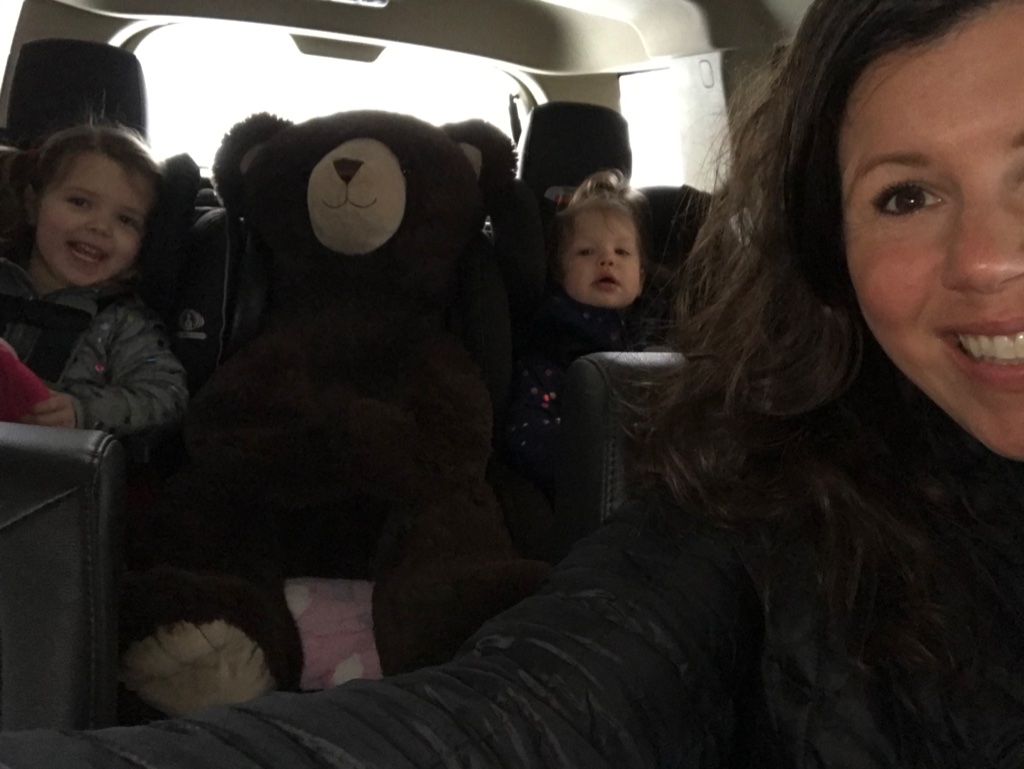 Kohl’s was having a huge baby sale last week, so I ordered some spring and summer clothes for the girls. These jammies were an instant favorite for Emmy! 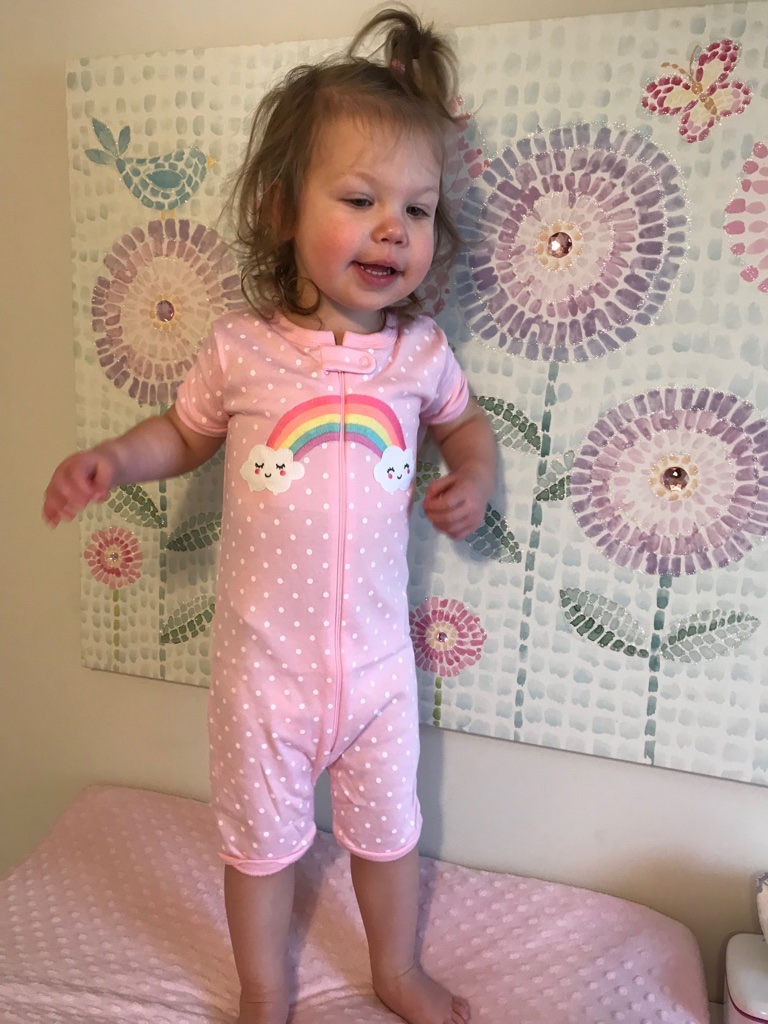 I’m not sure if they were happier about getting trail mix as a snack or getting to watch The Incredibles until daddy got home. I was making dinner and dessert for our neighbors who just had a baby. I needed a few minutes to finish things up in peace, and The Incredibles always does the trick! 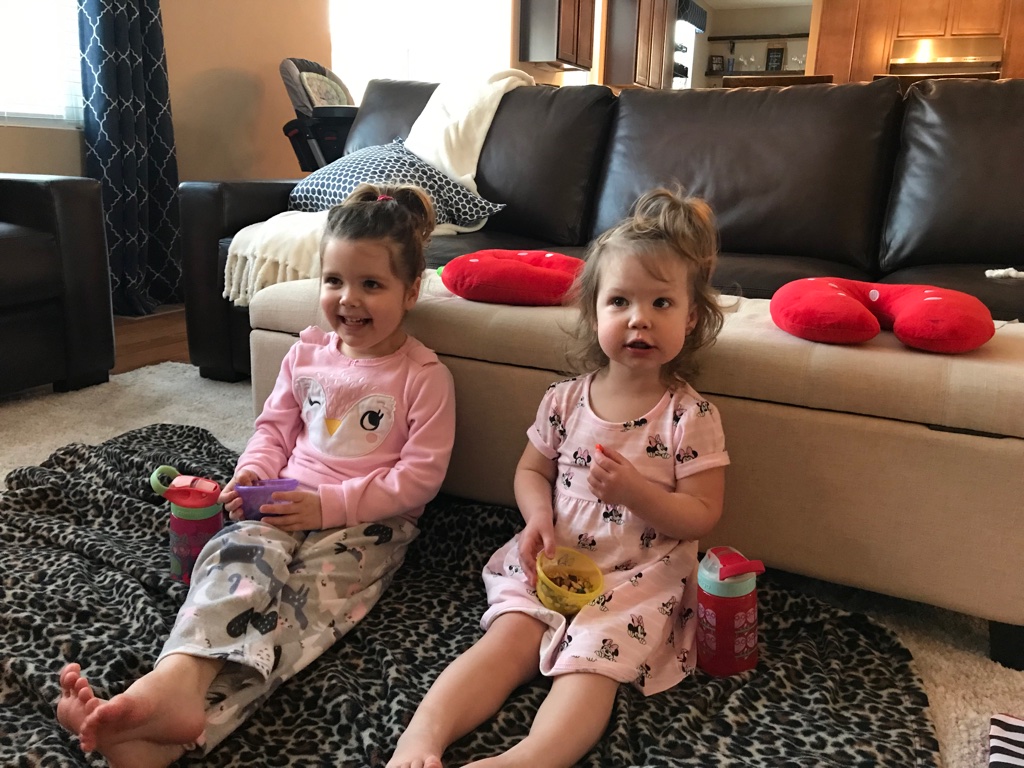 My view during TV time on Friday! 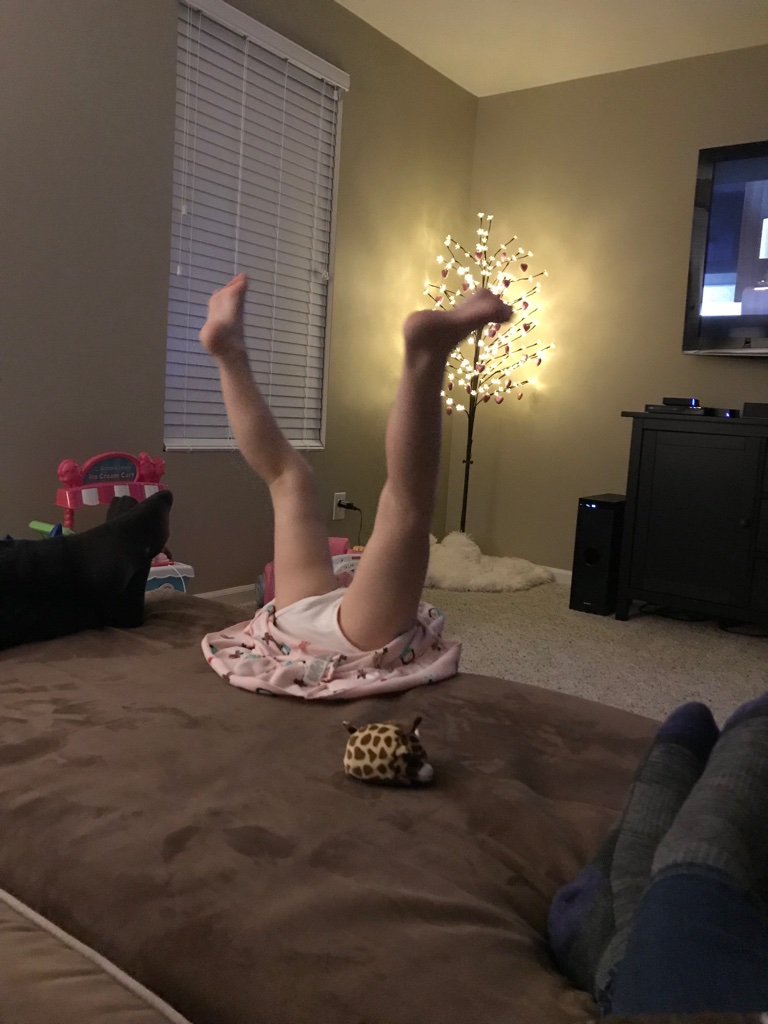 While I was making breakfast on Saturday morning, I realized I hadn’t heard from Em in a little while. I found her reading quietly in the play house. She loves books! 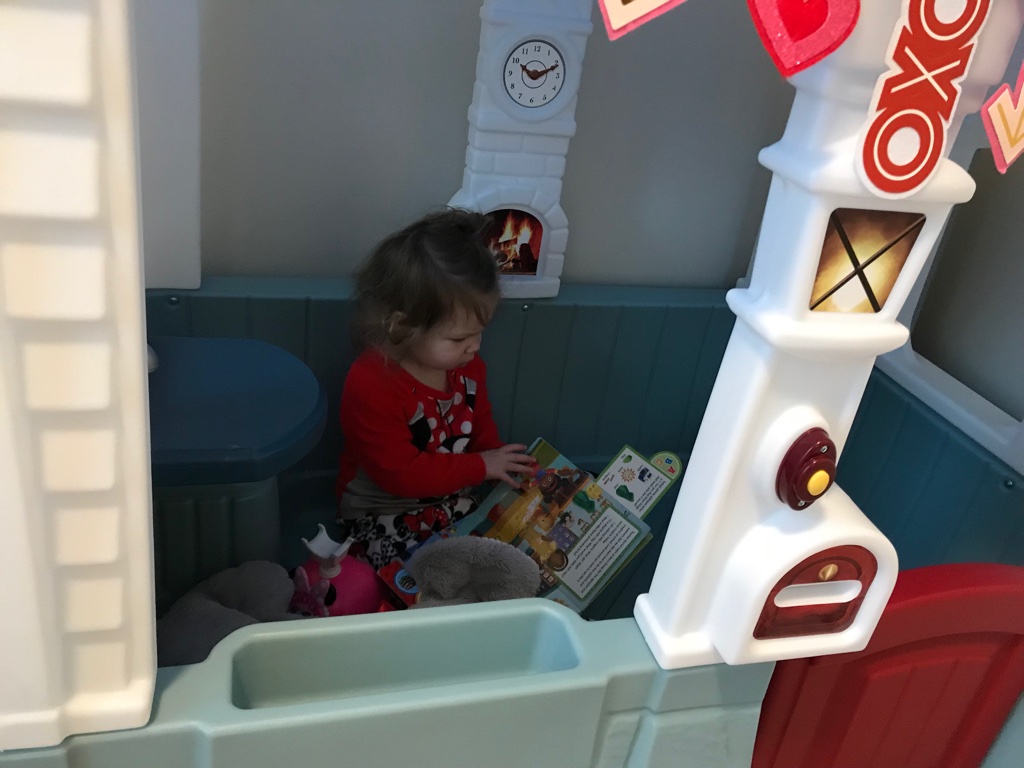 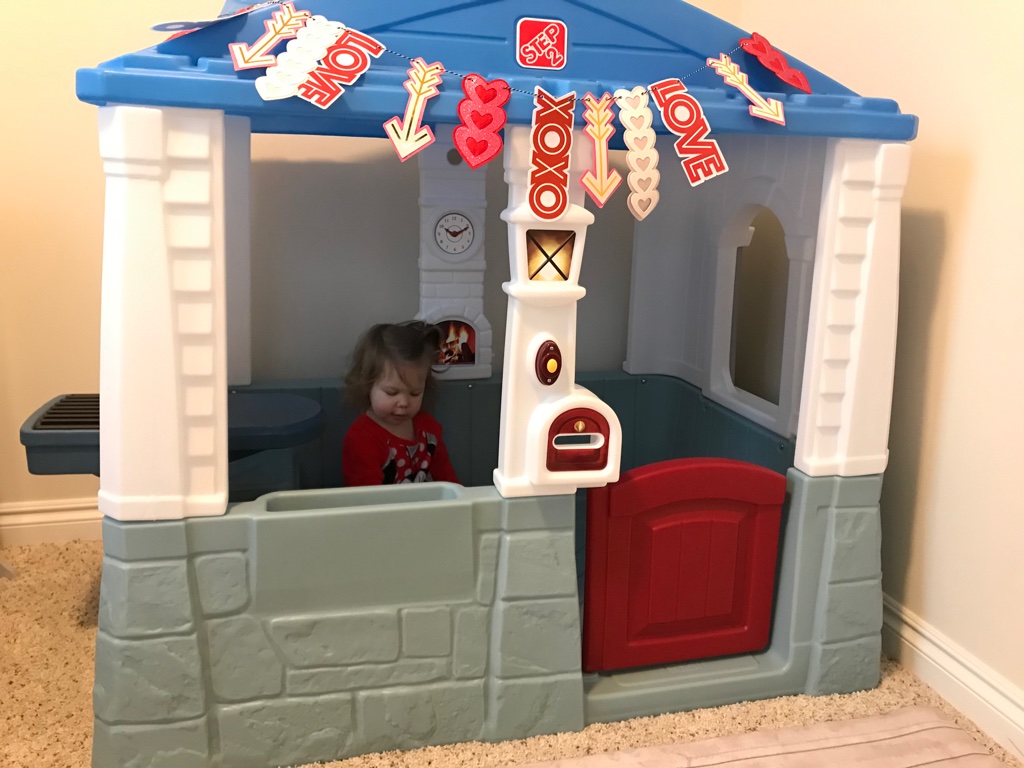 Lucy wanted to wear her summer sundress with nothing else while we went out for lunch and errands on Saturday . . . in the 21 degree weather! I finally got her to put pants and a long sleeve shirt on underneath. She didn’t love the look (and neither did I!), but she went with it. 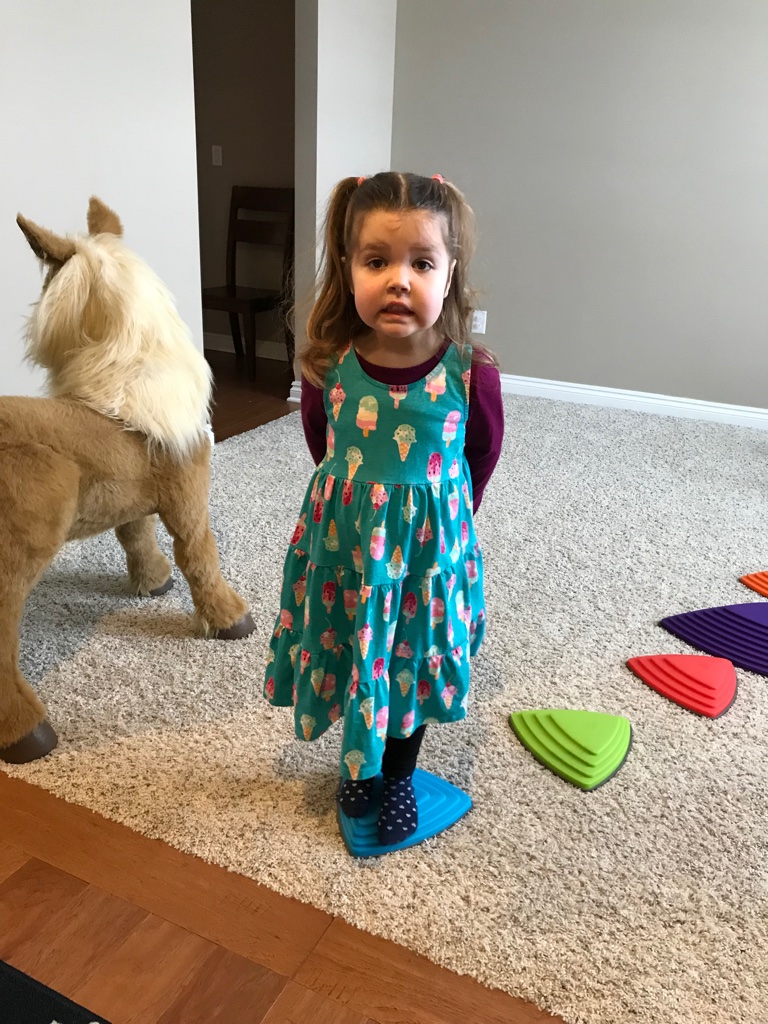 We went to a pizza place called Crispelli’s for lunch, and it was fantastic! Due to a mix up with the toppings on our pizza, we ended up with an extra pizza and a lot of leftovers! 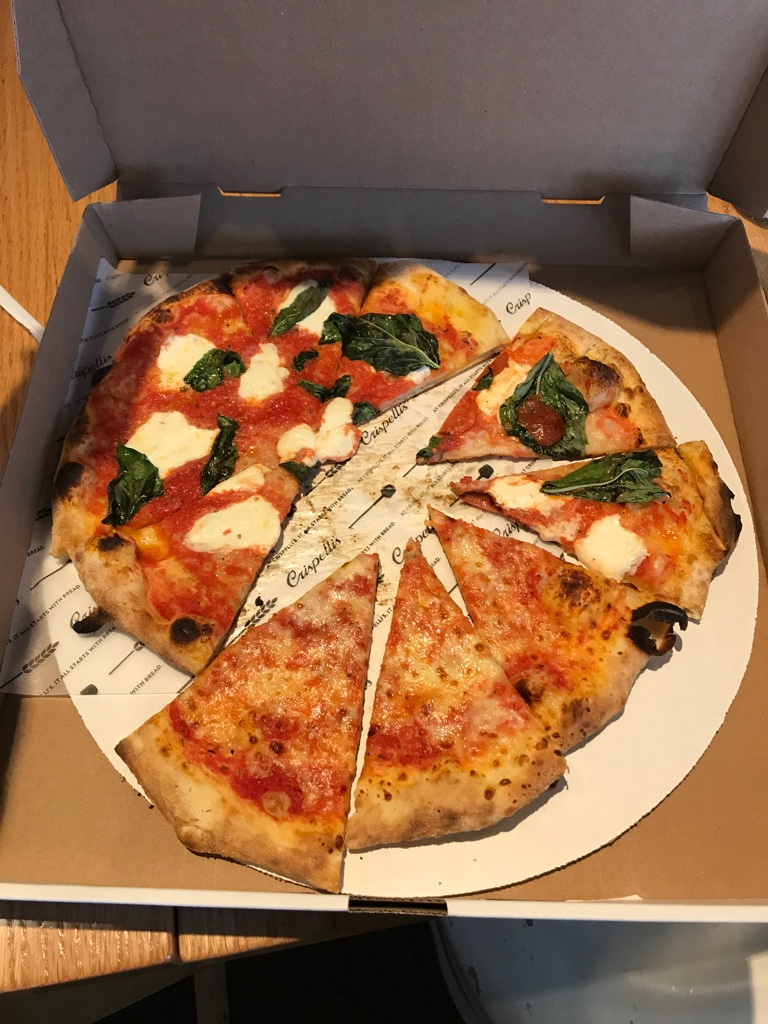 After lunch we stopped at the paint store to pick out a paint color for Lucy’s room! She wants purple, so we chose the lightest lavender we could find. 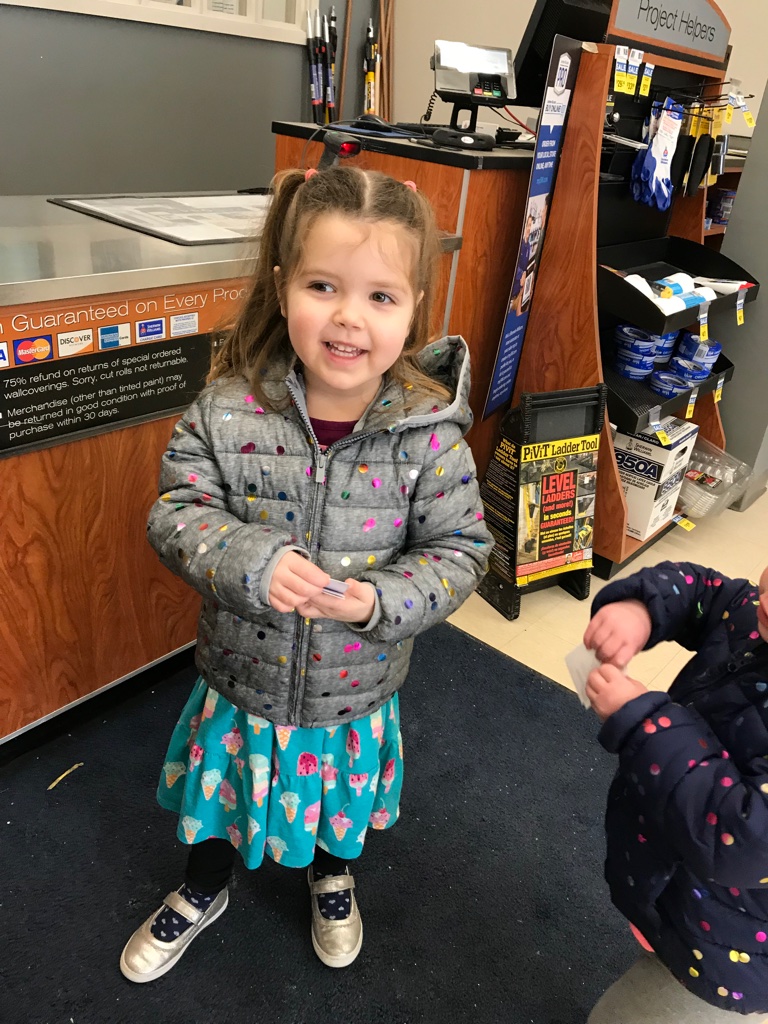 Why is Emmy Roses so upset??? Because she kept asking to go in Papa’s pool, and I kept telling her it was too cold! It’s hard being a toddler! 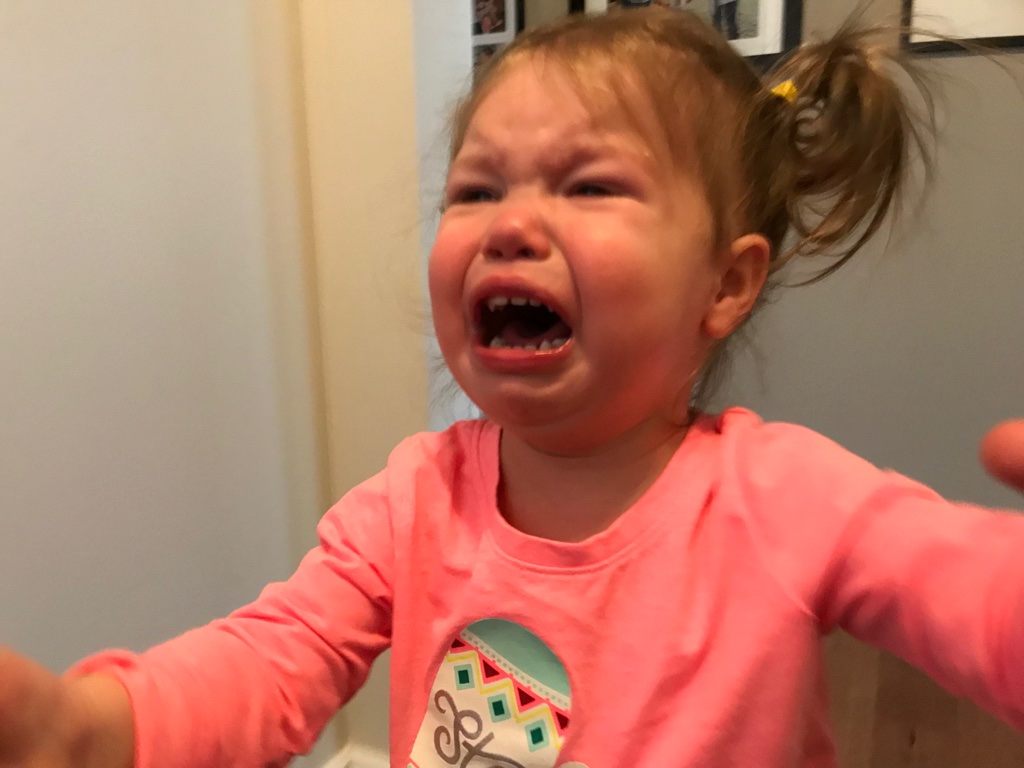 We braved the cold and went for a walk Saturday afternoon. We had to stick to the street to avoid the icy sidewalks, but that didn’t stop Lulu (our resident fashionista!) from pulling the wagon most of the way. 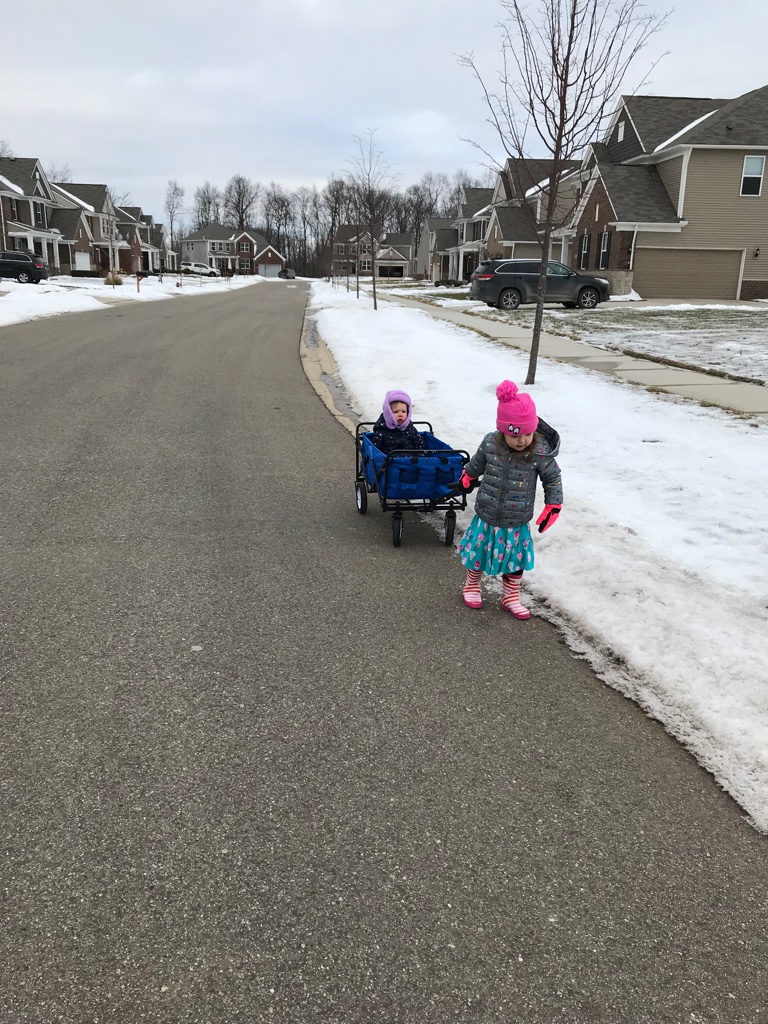 After our walk, we cuddled up on the couch to watch the new Grinch movie. It was so cute! 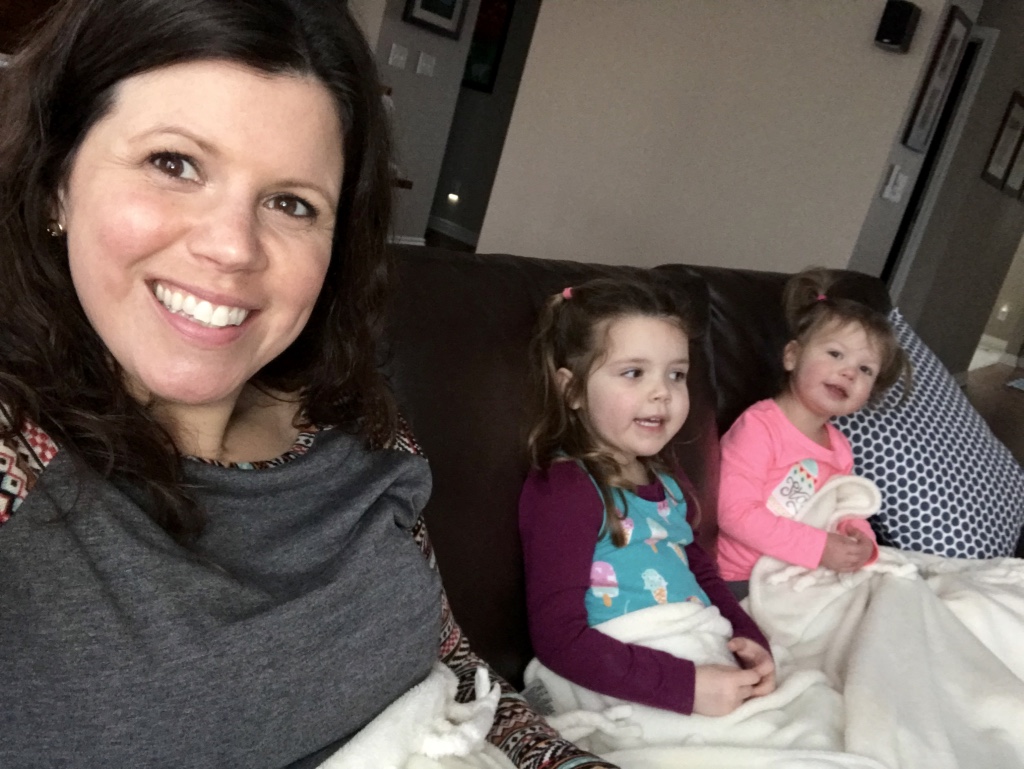 The girls love having Matty home on the weekends; especially when they first wake up in the morning. 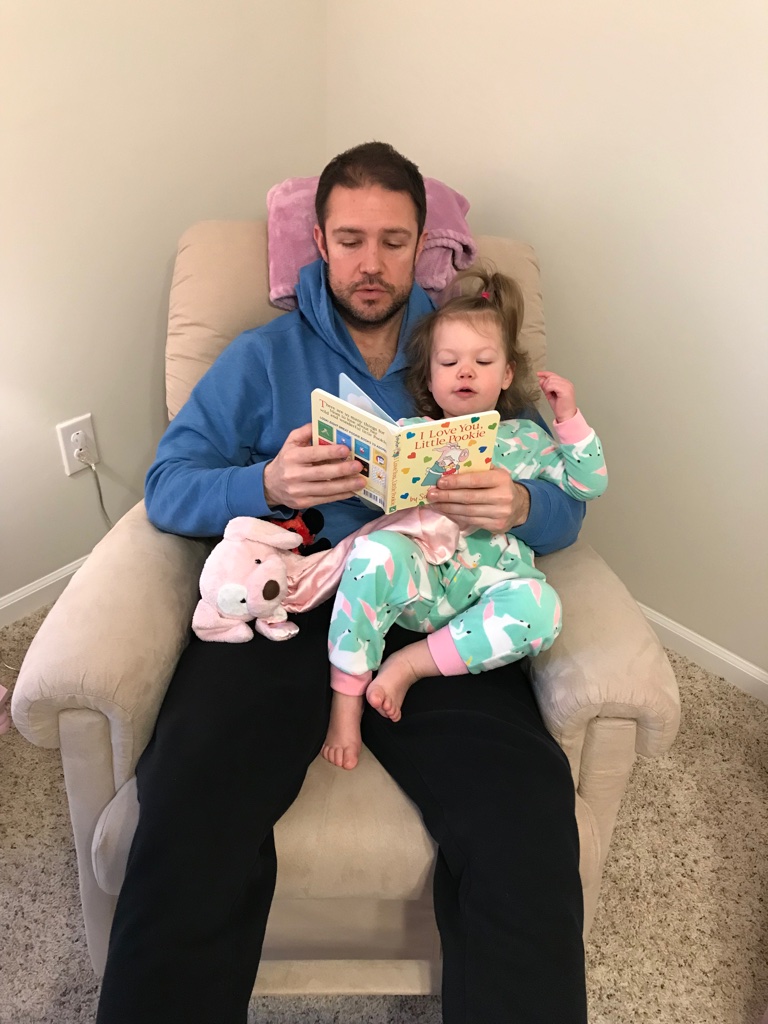 Aunt Carla sent some Valentine treats for the girls, and they enjoyed them after lunch yesterday. 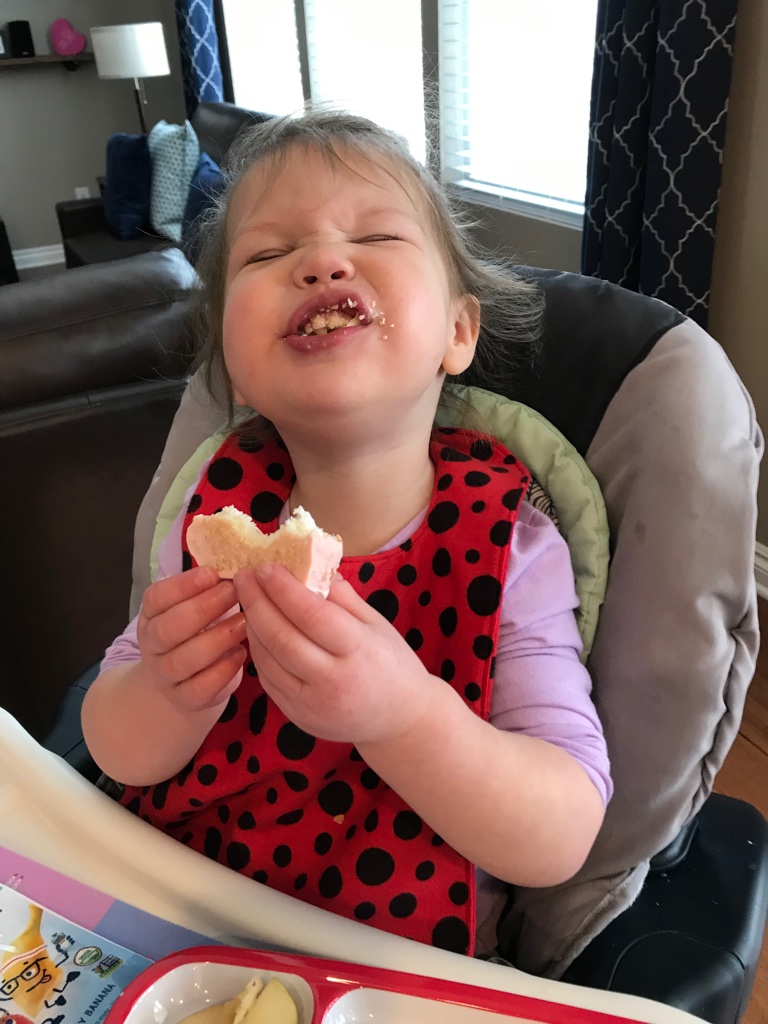 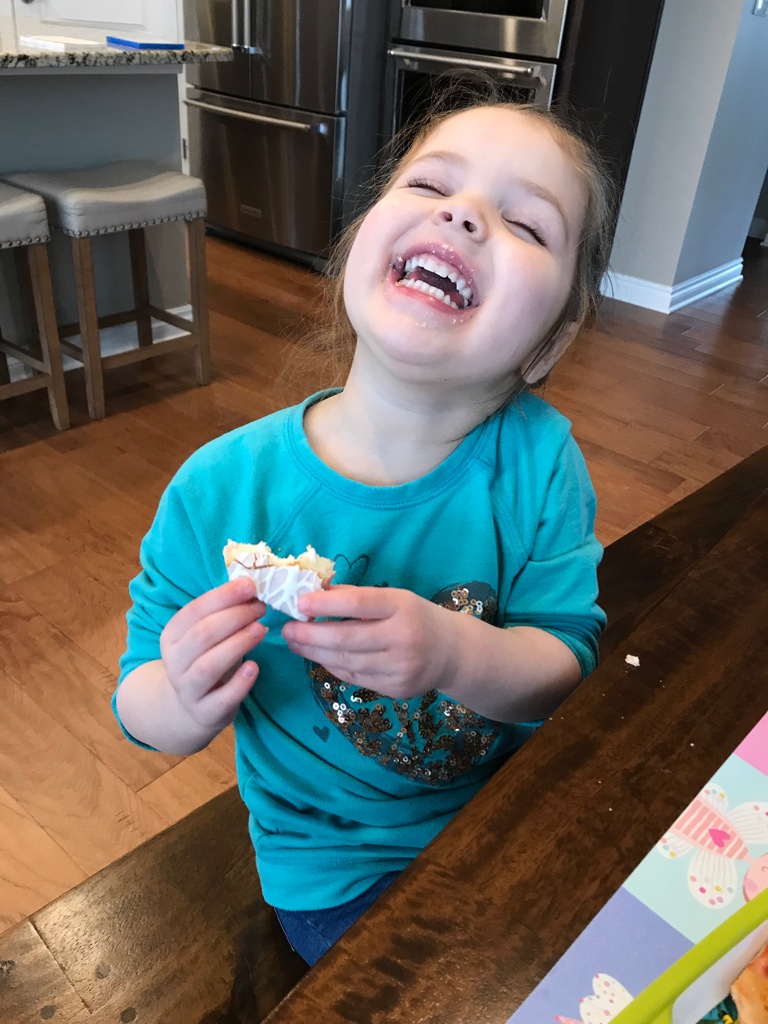 How sweet is Emmy?? She was taking her baby shopping and wanted to wear a back pack for her things. 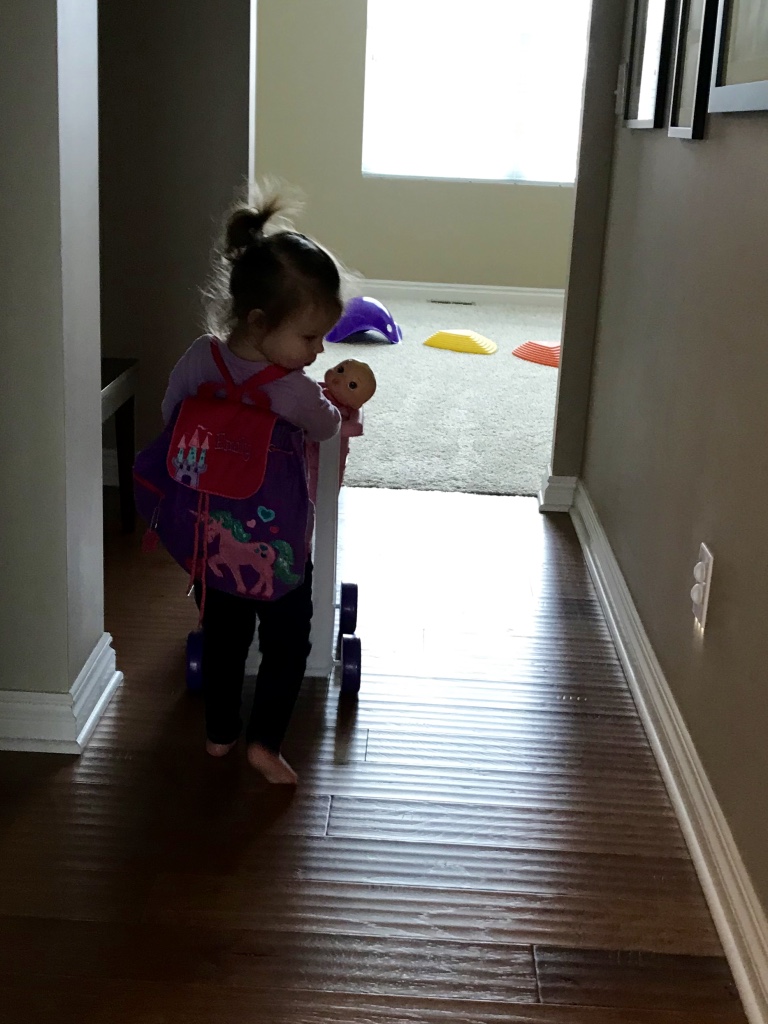 We bought a sample of the paint color we picked out for Lucy’s room and put it up on her wall yesterday. We realized two things: 1. Now we HAVE to paint her room. 2. We don’t really care for the color we picked out. It’s very light, but also very bright. Does that make sense? Back to the drawing board. 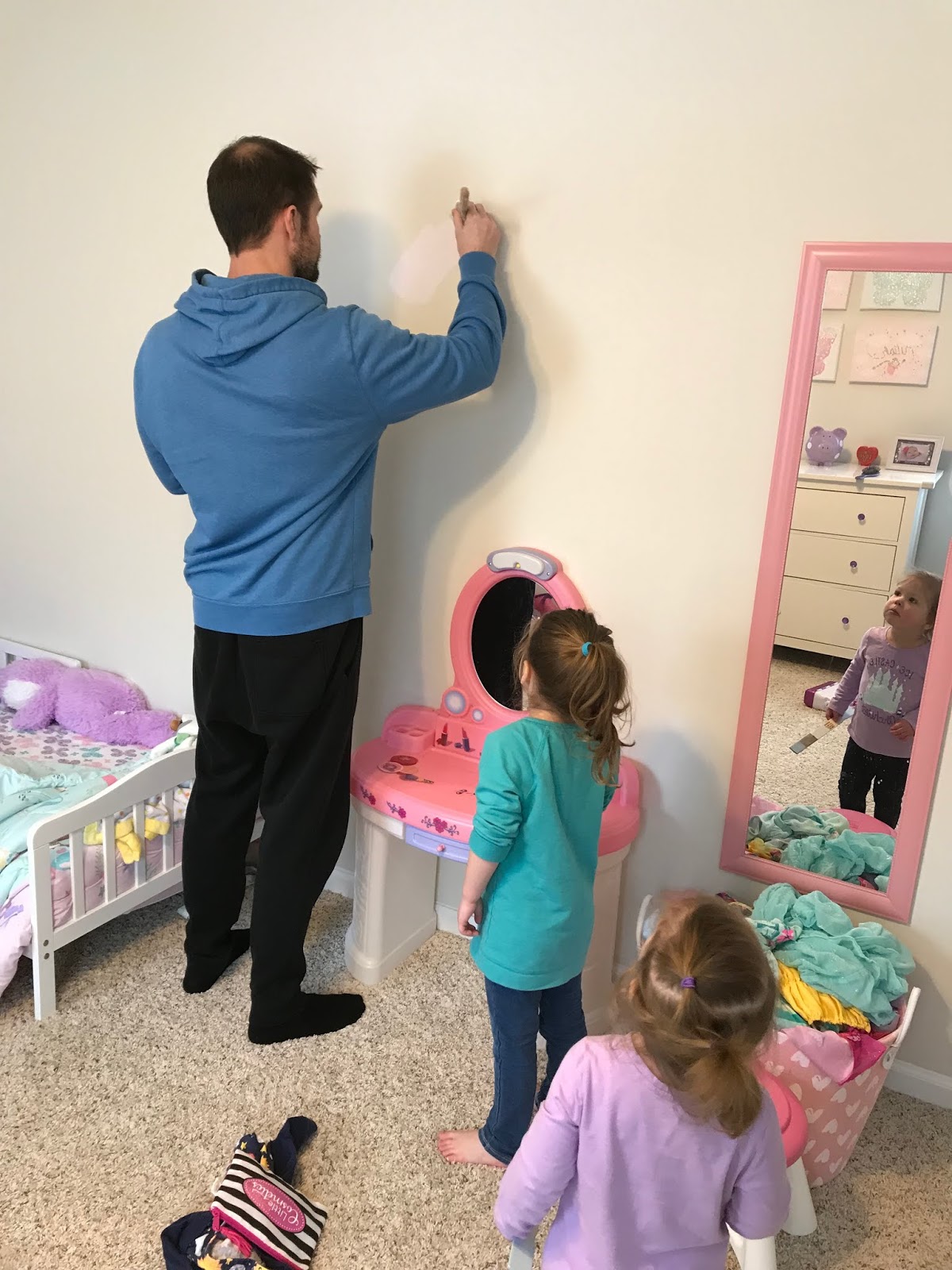 We have a pretty standard week ahead of us. Here’s hoping it’s a good one!
XOXO