This morning’s post is super short.
We officially had our first real vomiting experience with Lucy yesterday. It happened in the middle of an already loooong day, so I was more than ready to not sit in front of my computer last night!
Lucy started complaining/crying after lunch that her tummy hurt. I put Emmy down for a nap and picked Lucy up to rock her, but we barely made it to the rocker before she threw up all over the cushion. . . and then all over herself and me as I rushed her to the bathroom. . . and then all over the bathroom floor once I finished bathing her and had pulled her out of the tub.
Ugh!
We have carpet all over our house, and it was obvious she couldn’t tell when she was going to throw up, so I really had no clue where to put her . . . I settled on laying (lying?) her down on a pile of blankets in her room while I tried to get some disgusting laundry started.
I checked on her after a few minutes and found her sound asleep! 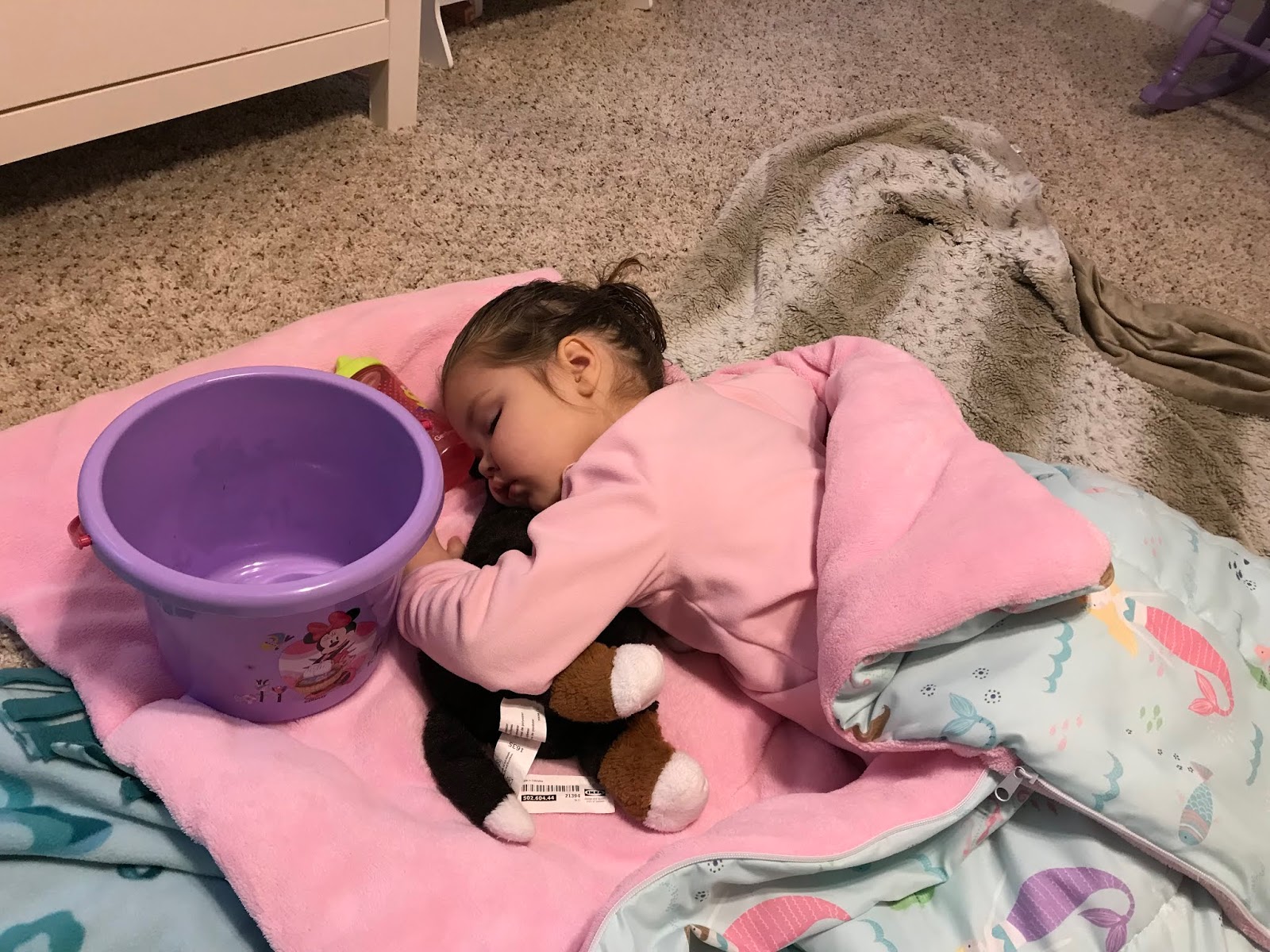 I covered more of the carpet with blankets and let her sleep. And sleep she did . . . for two hours! 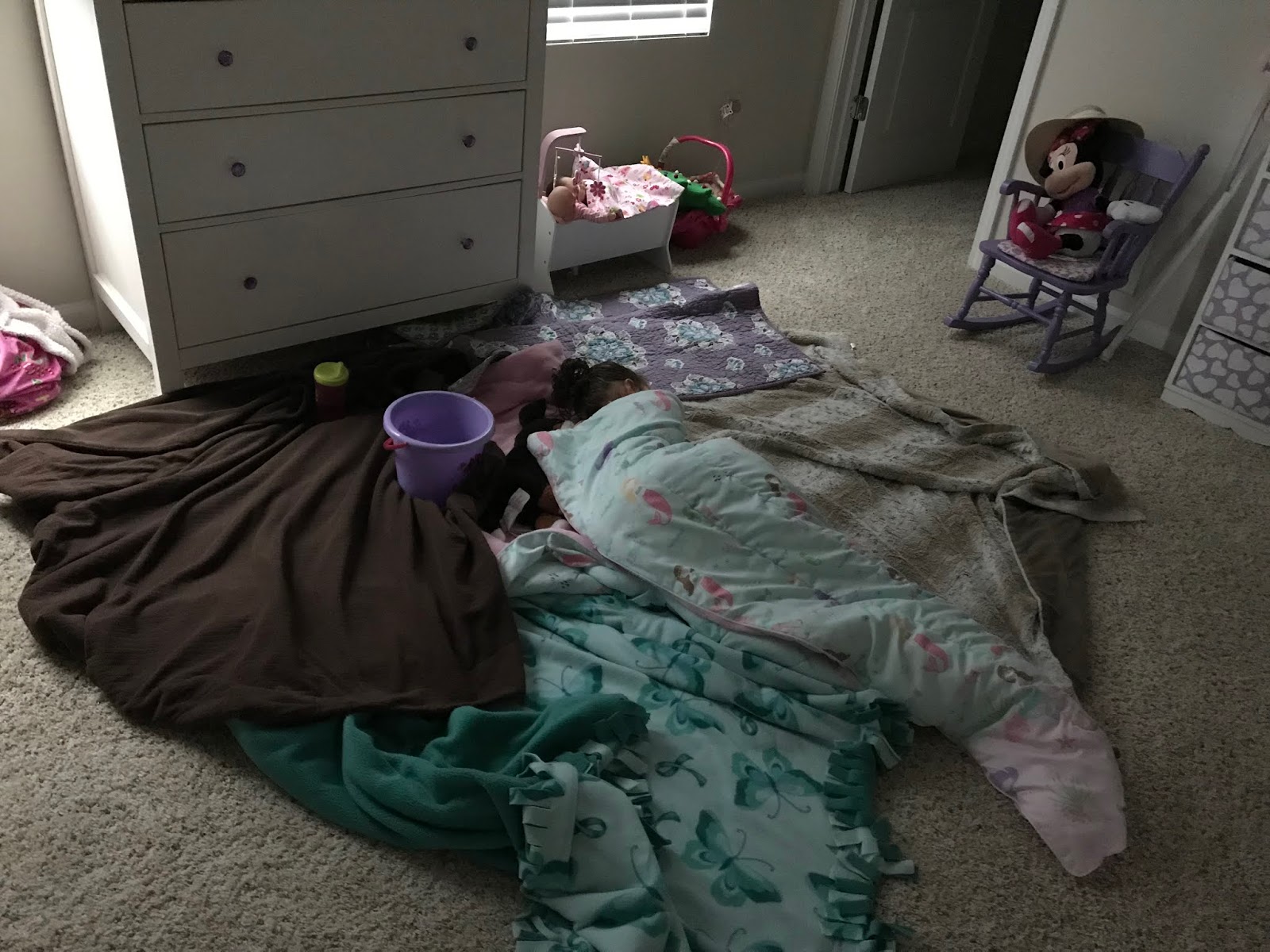 Thankfully, Lulu woke up feeling a little better, but then had trouble falling asleep at bedtime because she’d taken such a late/long nap. Also, I think she was traumatized from her first real throw up because she was very worried that she’d throw up in the middle of the night and get it all over her stuffies. Poor girl.
So, here’s hoping it was just a little tiny bug that is over and done with . . . and that no one else gets it!!
Have a great weekend!
XOXO