Happy Monday!
We had a whirlwind of a weekend. It was a good one, just super busy. I feel like “busy” has been our word the past few weeks, and I’m ready for things to slow down a bit!
Friday morning felt like a stripes kind of morning! The girls enjoyed eating breakfast together in their Tower of Power. 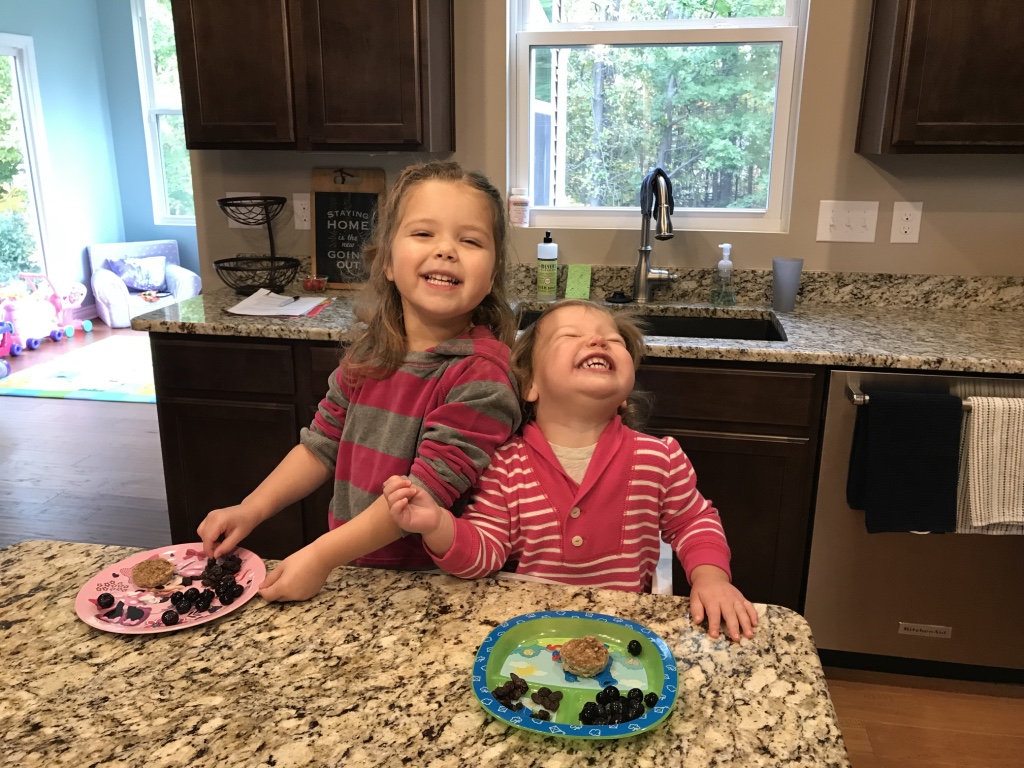 Do you remember the picture I posted last week of Emmy pulling the stem off our pumpkin? Well, the next morning she randomly pulled the wing off Lucy’s penguin stuffy! You’ll see that when she pulled the pumpkin stem off she looked confused, but she just looks downright devious when she pulled off the penguin wing! I think she’s escalating! 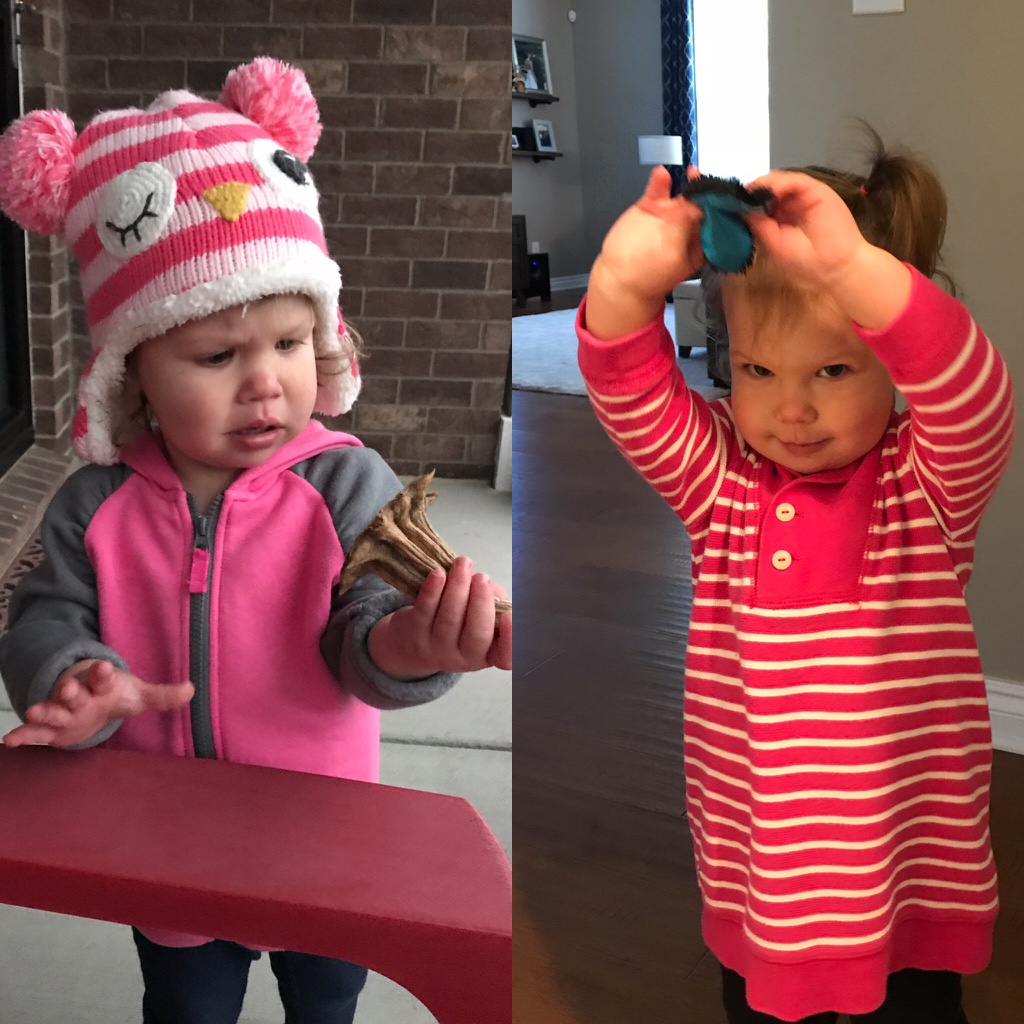 We met my mom at the mall so we could help her buy some new jeans. Lucy passed the time in the dressing room by crawling back and forth underneath the door. 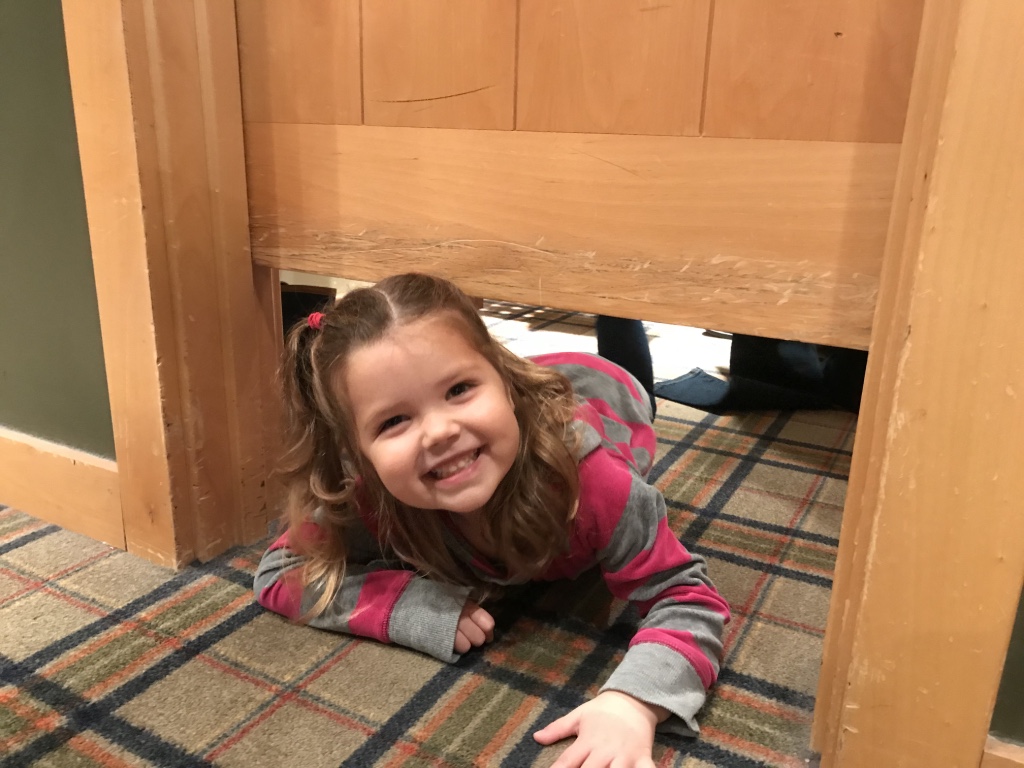 Of course we made stops at the play place and the cars. 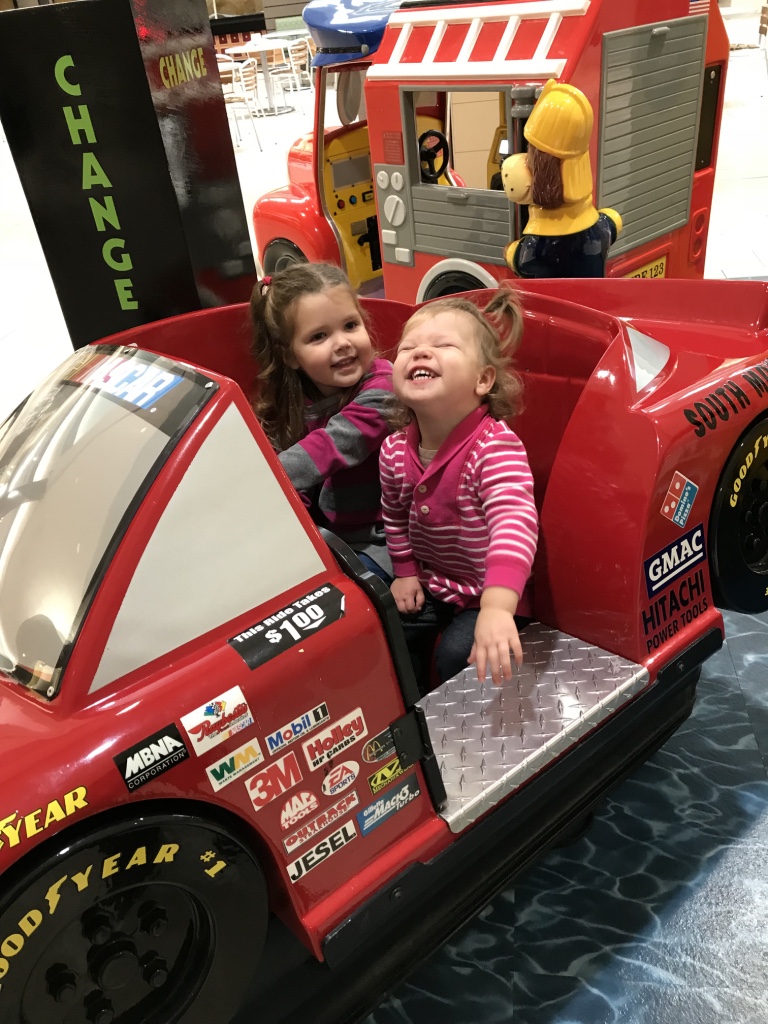 I’ve said it before and I’ll say it again . . . I haven’t found a bathroom/changing area/nursing room that rivals Nordstrom or Von Maur. Emily dumped a bunch of soup and her cup of water all over her pants at lunch, so we stopped at Von Maur to change her. The girls were so excited to have their own little sink to wash their hands in! 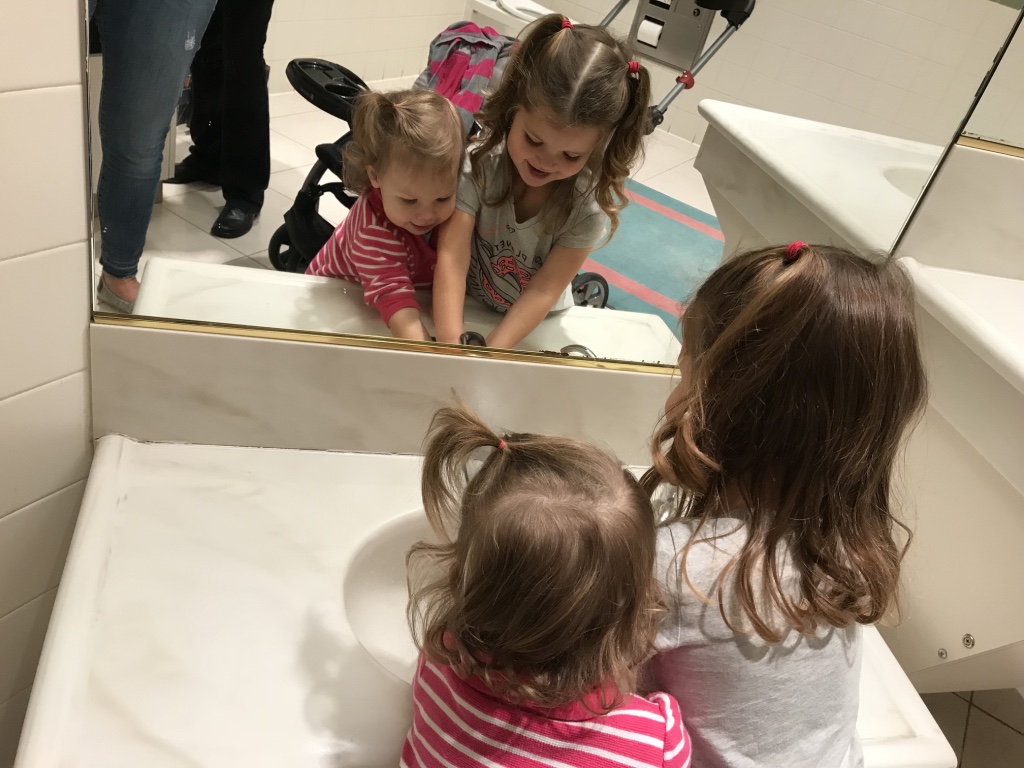 Every once in awhile Lucy will walk directly up to the monitor to talk to me while she’s in her room, and it’s my favorite! 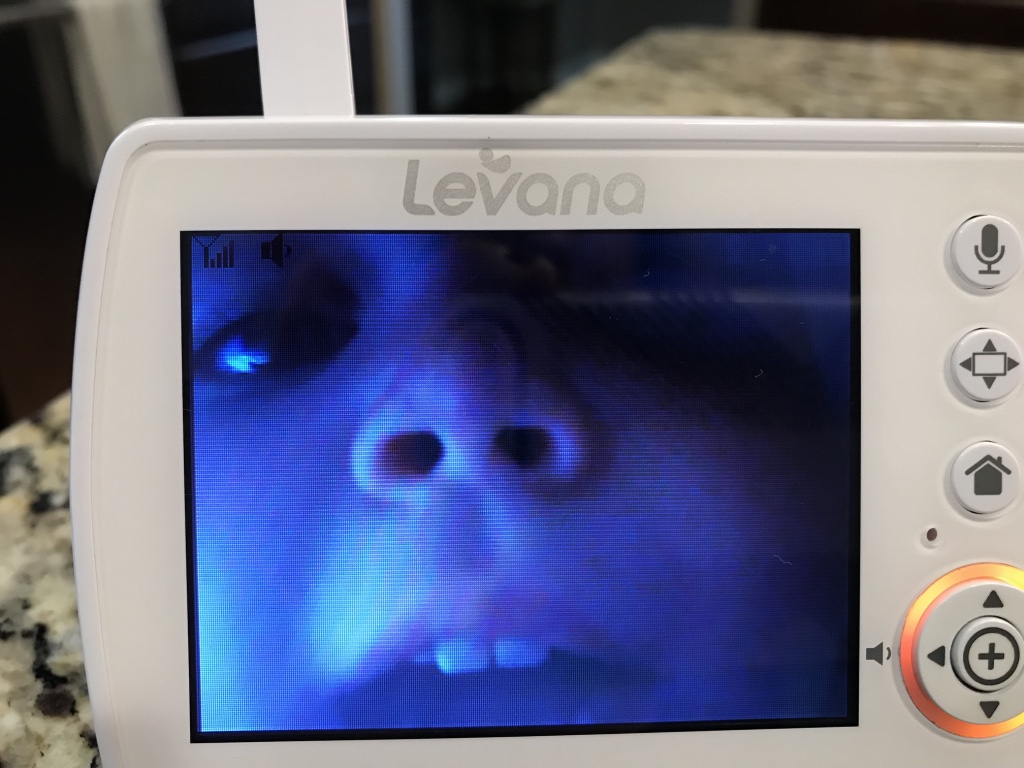 Saturday morning started off with a bang! We decided to try out the donuts at the bakery in town, and they were delicious! 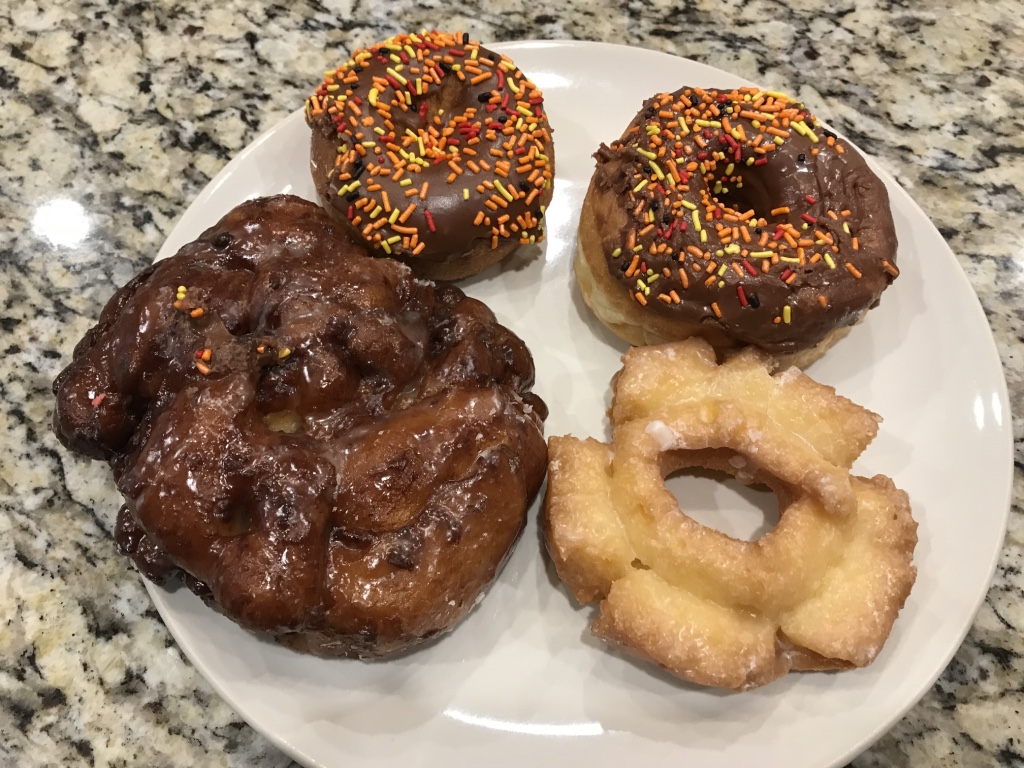 These are kind of blurry because we didn’t have all of the lights on, but donut faces are the best! 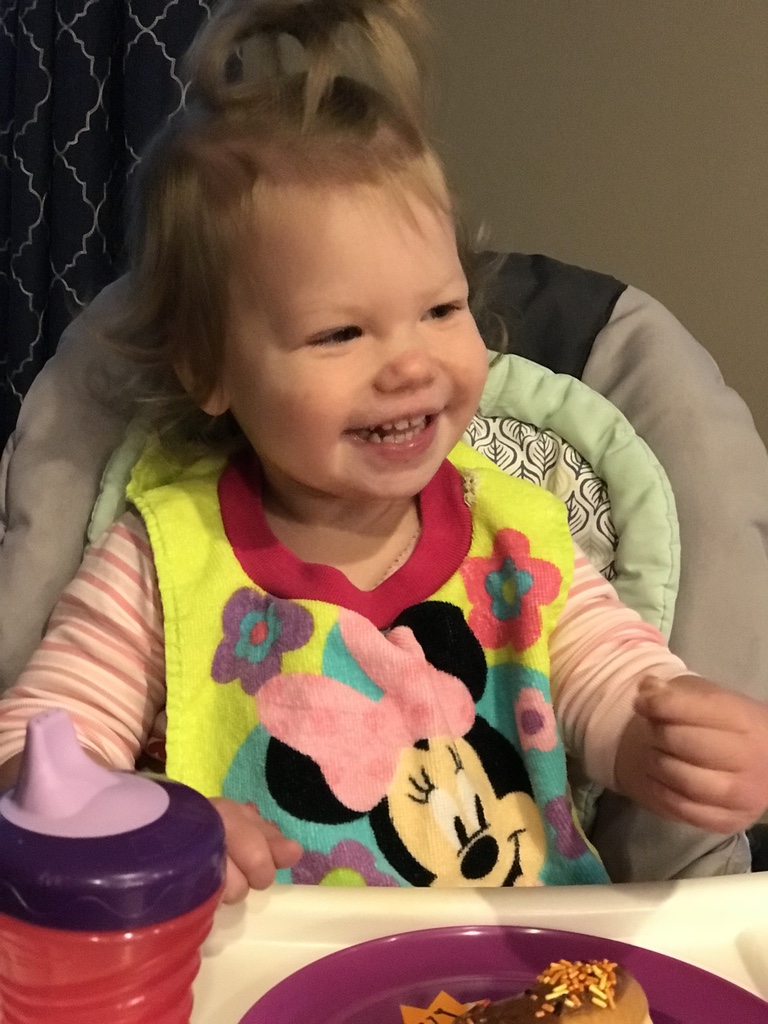 After breakfast we packed up and headed to meet friends Erwin Orchards. There was goat feeding . . . 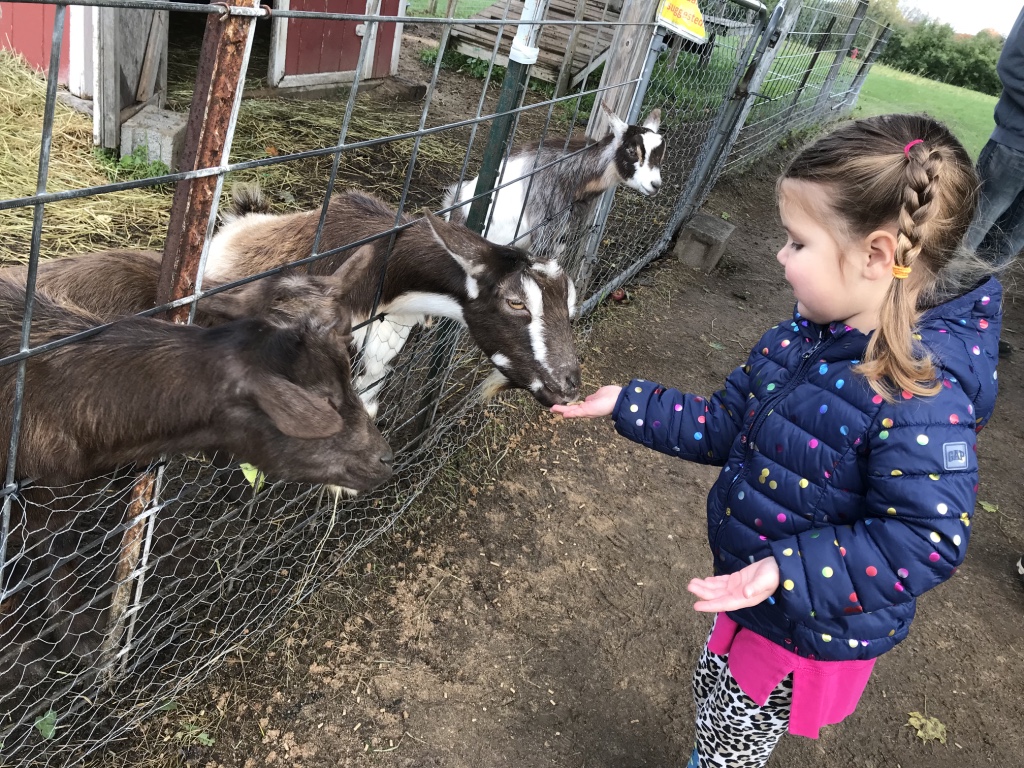 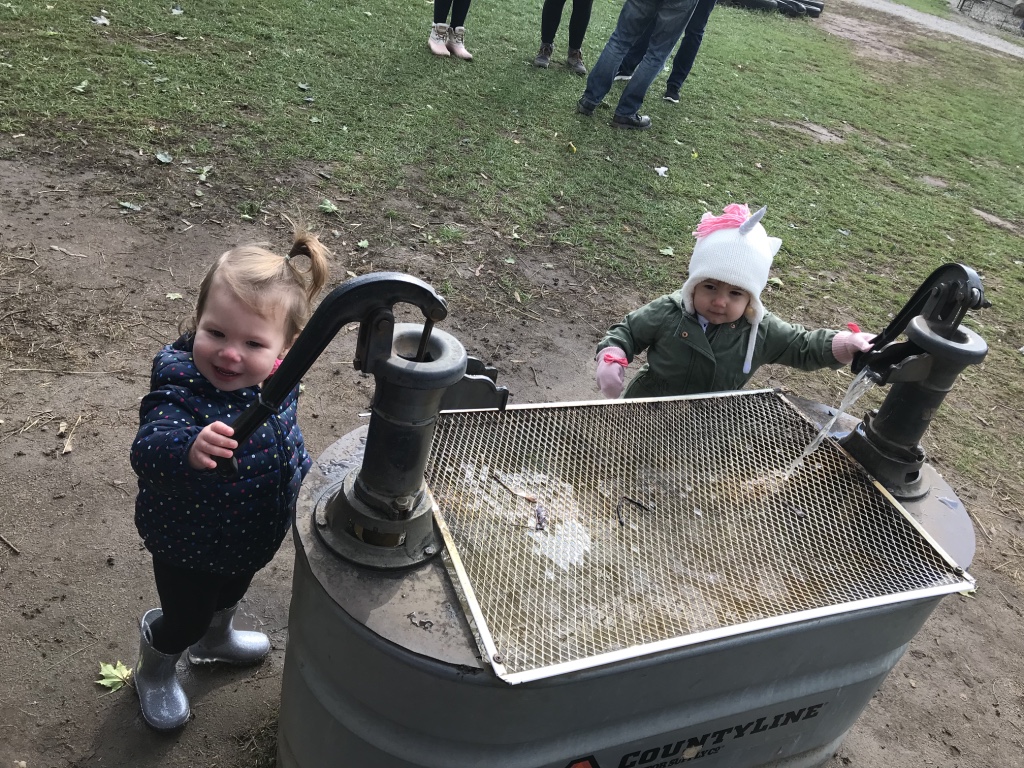 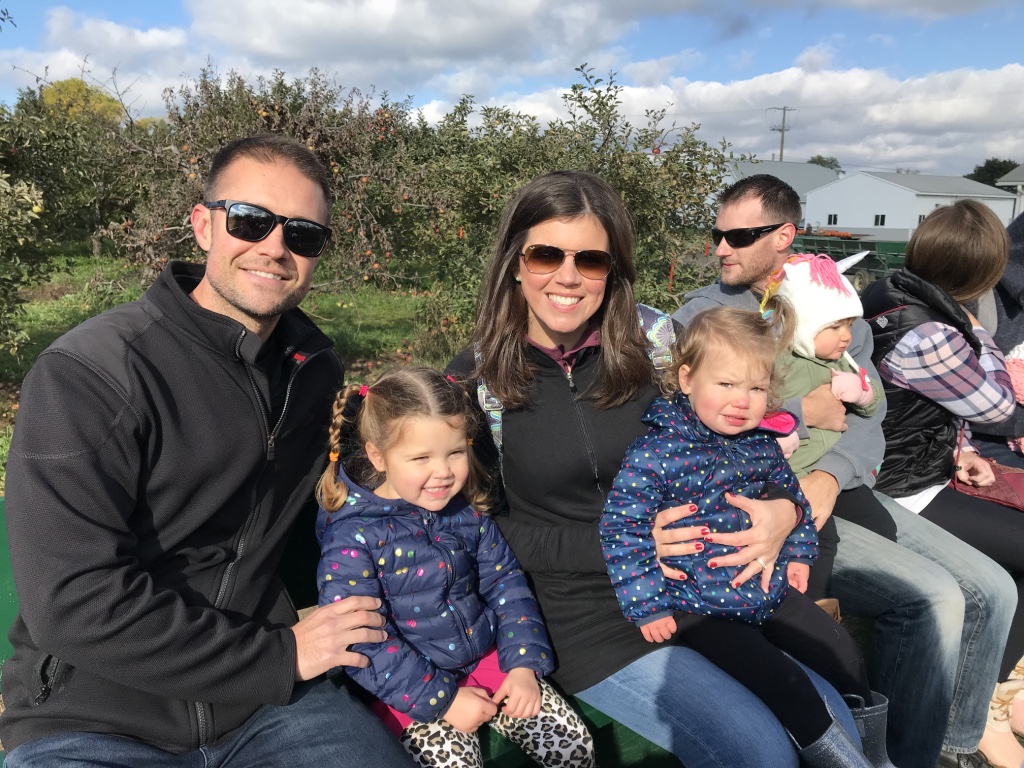 It was a beautiful (but cold!) morning. We probably should have put hats and gloves on the girls. 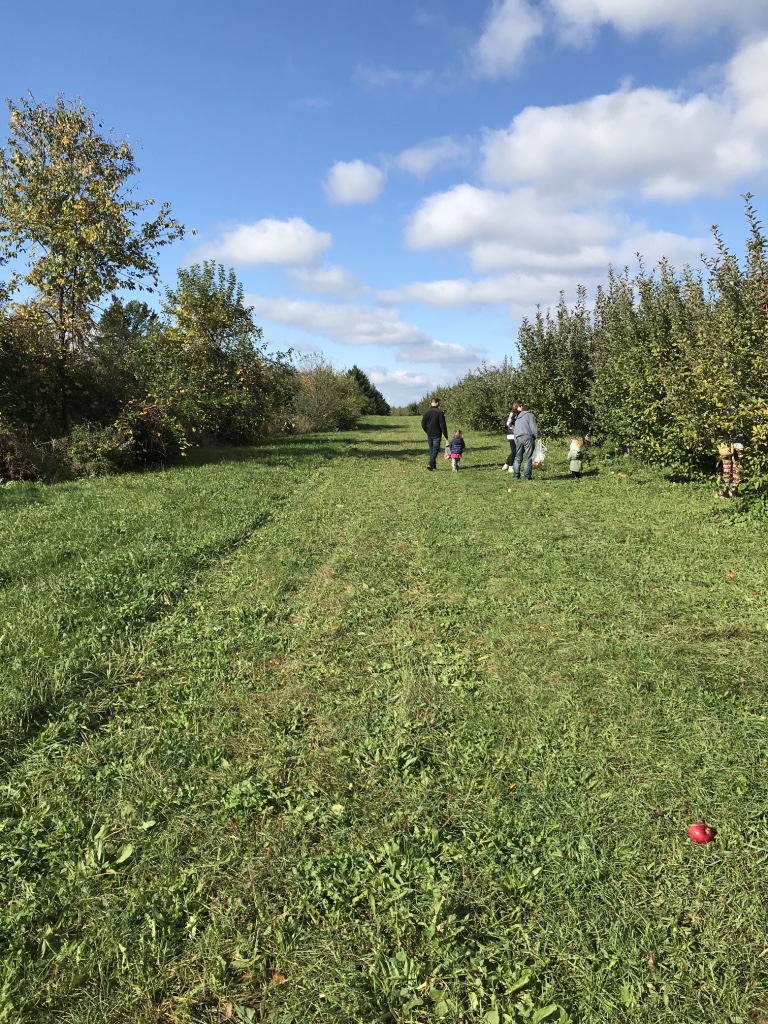 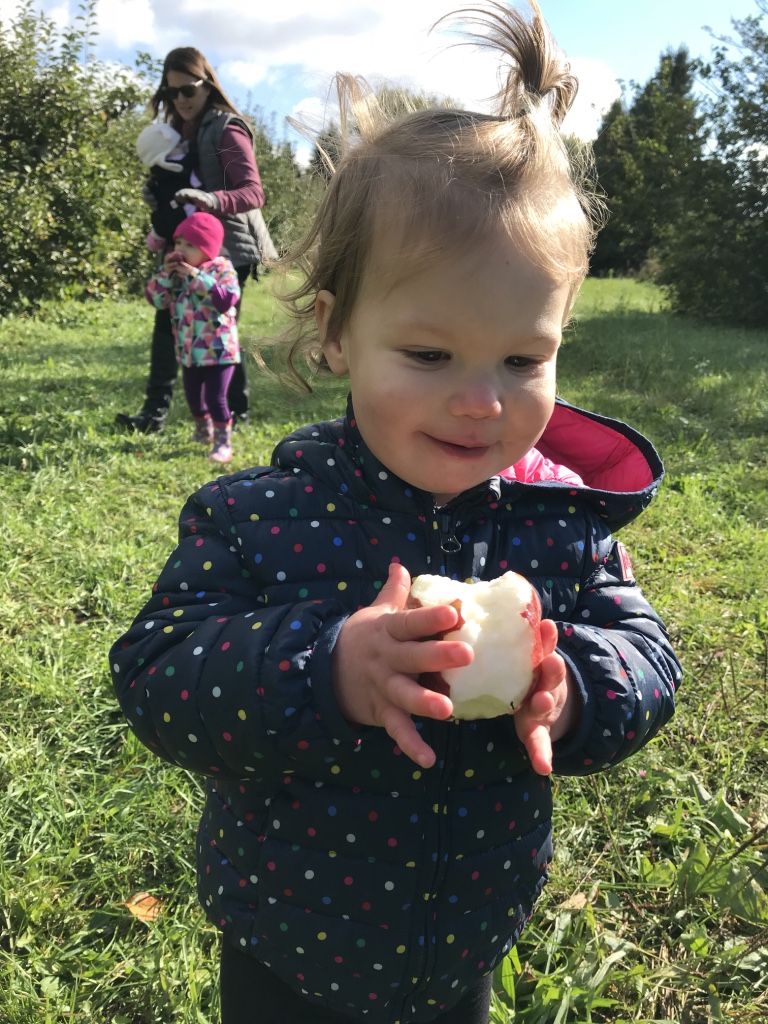 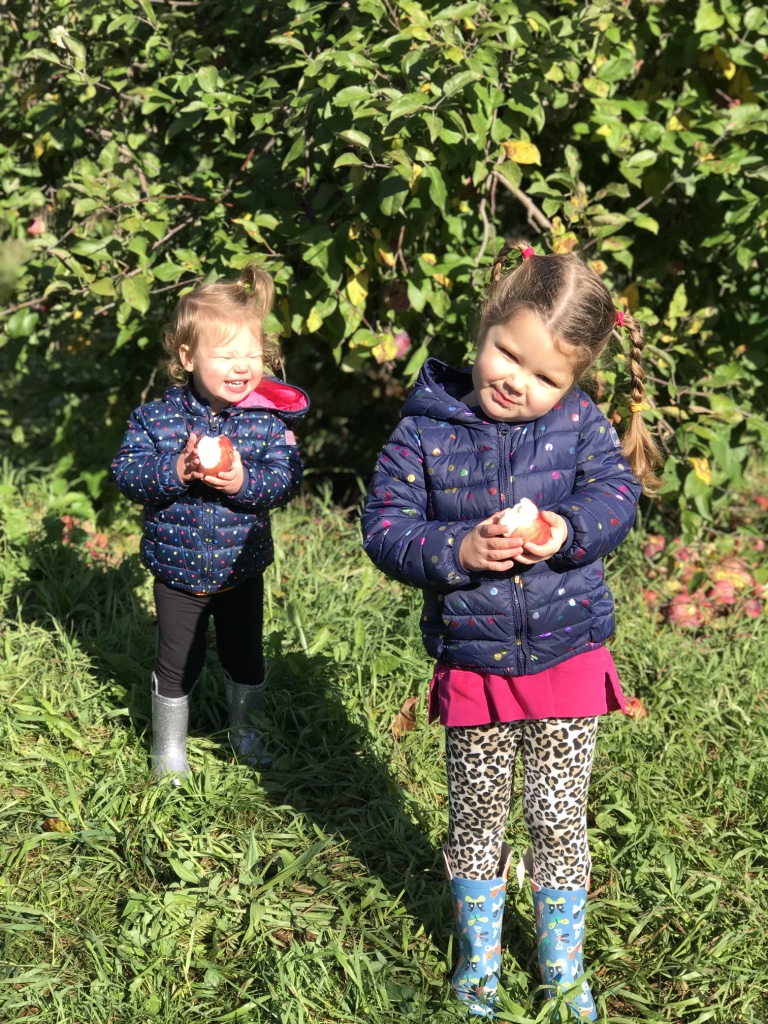 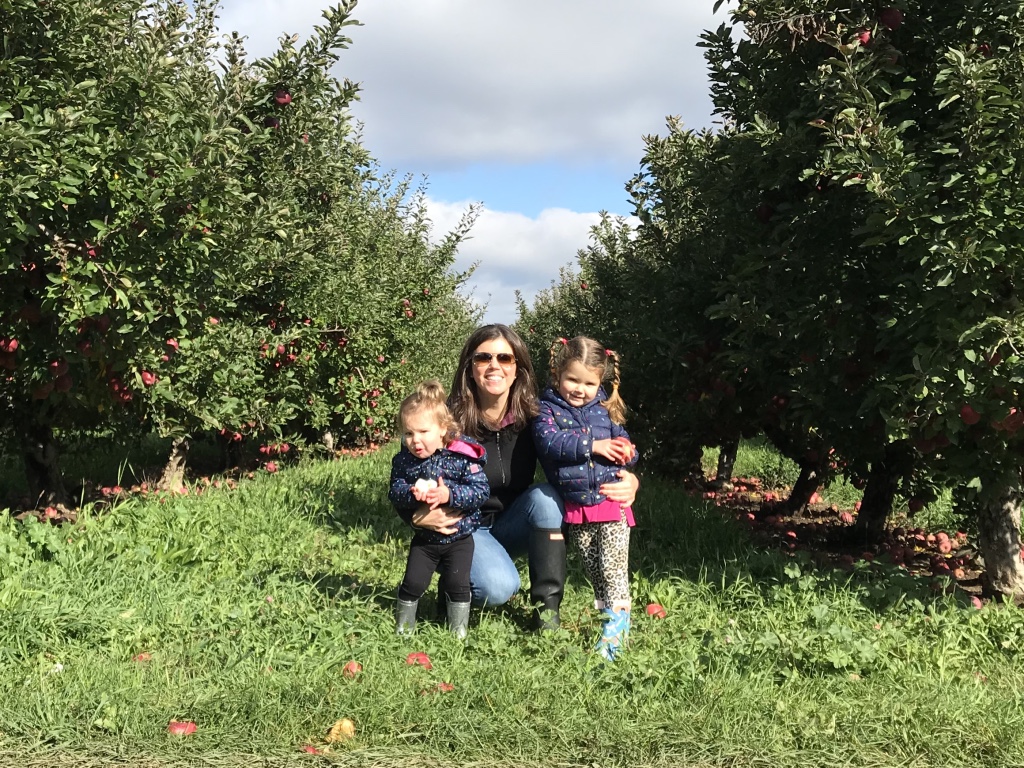 Lulu was tuckered out on the tractor ride back! 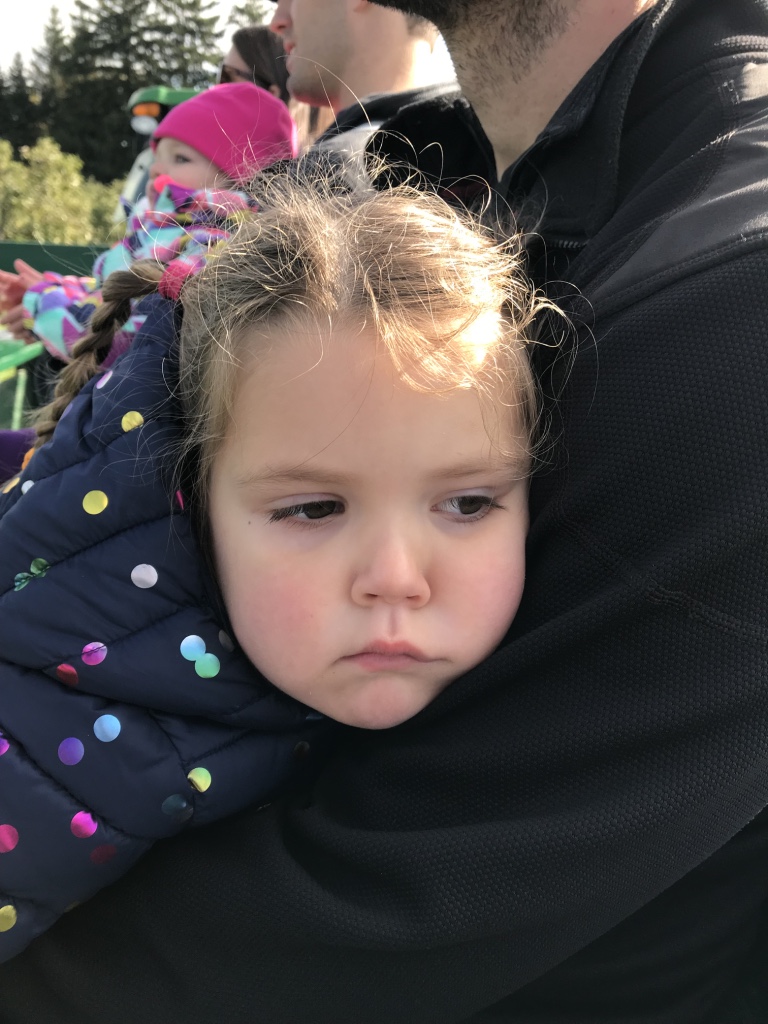 I don’t have pictures for the next big chunk of our weekend. After the orchard, we went out to lunch. Four adults and then four girls all age three and under. There was a lot of laughter, giggles, mess, and bathroom trips!
After lunch we made a stop at home for Emmy (and Matty!) to take a nap, and then we loaded back up and headed to Old Navy to finalize our outfits for family pictures. So we had the orchard, the restaurant, and the trip to Old Navy all in one day. I was TIRED!
Sunday morning was a beautiful morning for family pictures! I left my phone in the car so I don’t have any sneak peeks for you, but we should get them back soon.
After pictures we headed back to my parents’ house for lunch.
Andy and Gordie love their baby cousin so much! Emmy was sitting on the chair while they fawned over her and tried to get her to smile. 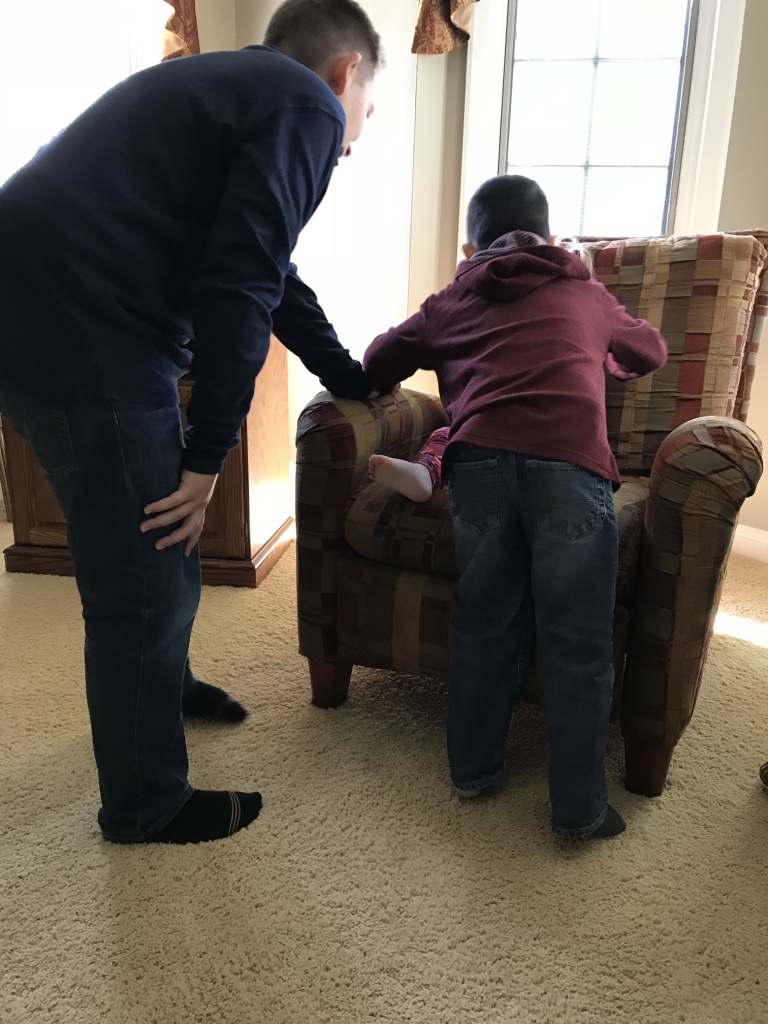 The boys left to go do something else, so Queen Emily vacated her throne to go find someone else to fawn over her. 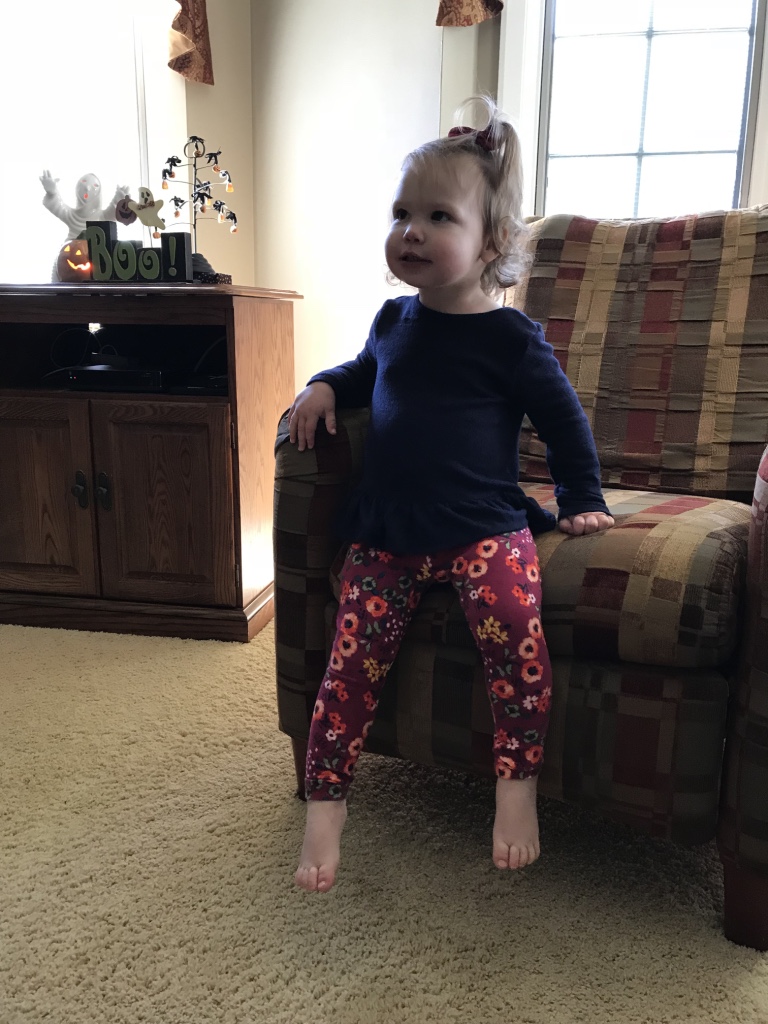 And she made it about five steps before she and Sadie started playing together! 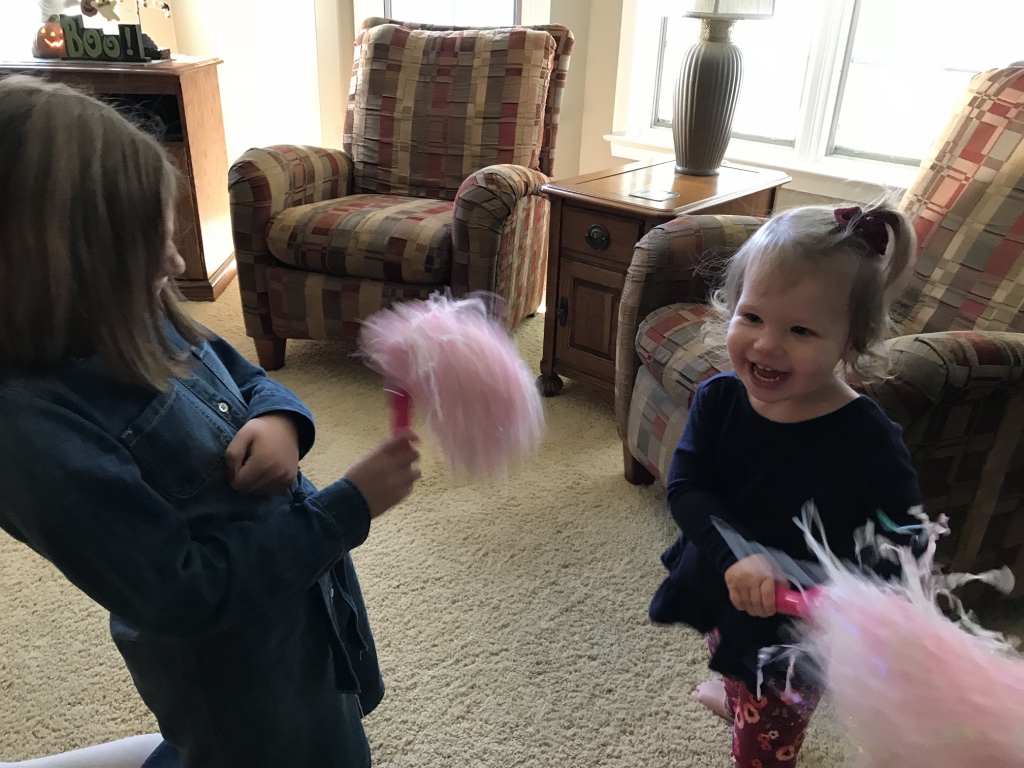 A photo shoot followed up with playtime, spaghetti, meatballs, garlic bread, and allll the Snickerdoodles and brownie bites is exhausting! 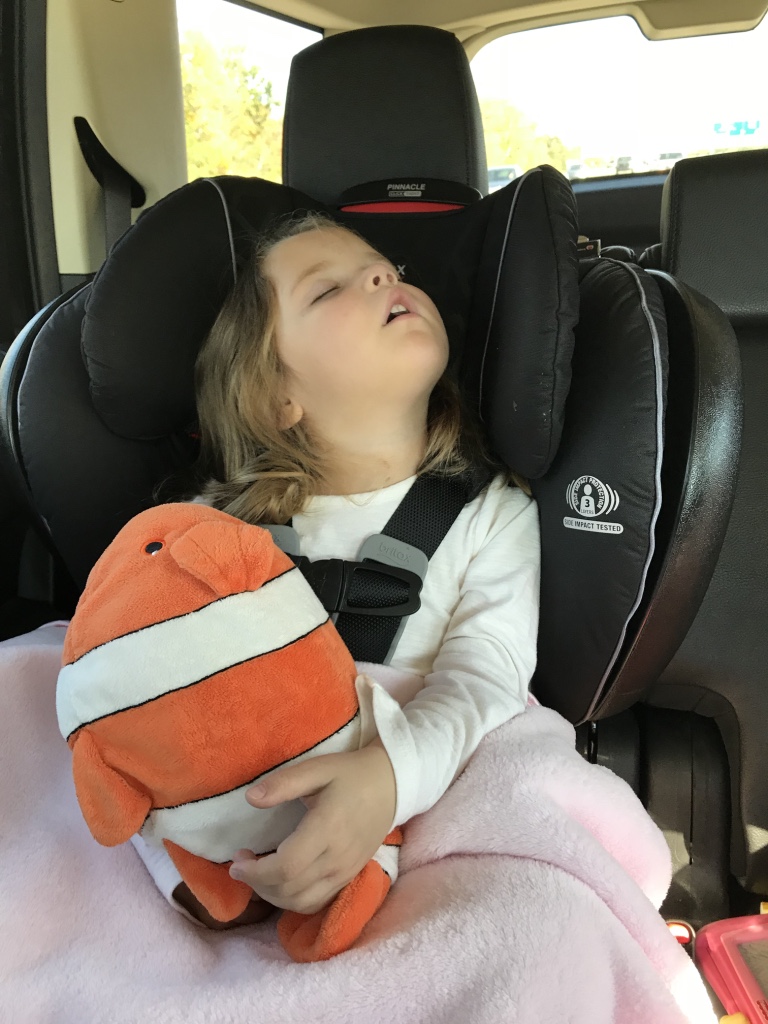 Because we’re crazy, we decided to head to Costco before going home. It’s about an hour drive to Costco from my parents’ house, and the girls slept most of the way which was awesome! It was almost 5pm by the time we got home, so we put away the groceries and headed outside to enjoy what was left of the beautiful day. Lucy tried this crazy scooter contraption that one of our neighbors has, and she was great at it! 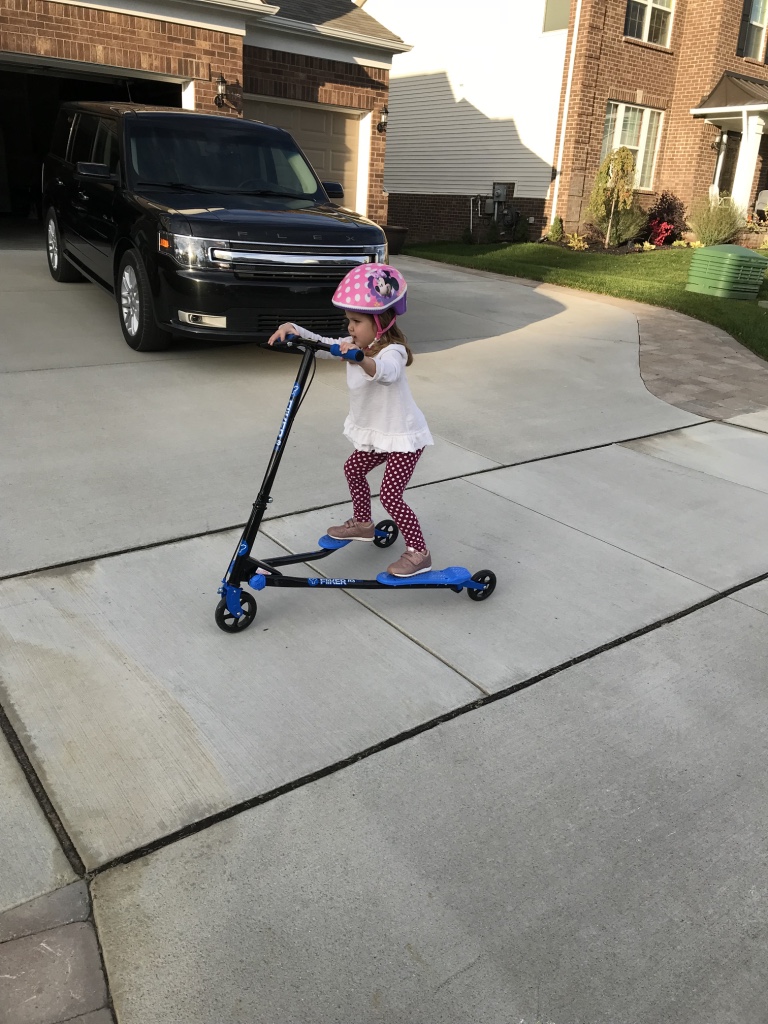 And while we were busy in Michigan this weekend, these guys were having the first of two birthday celebrations for Tommy’s third birthday! Look how big those kiddos are getting! 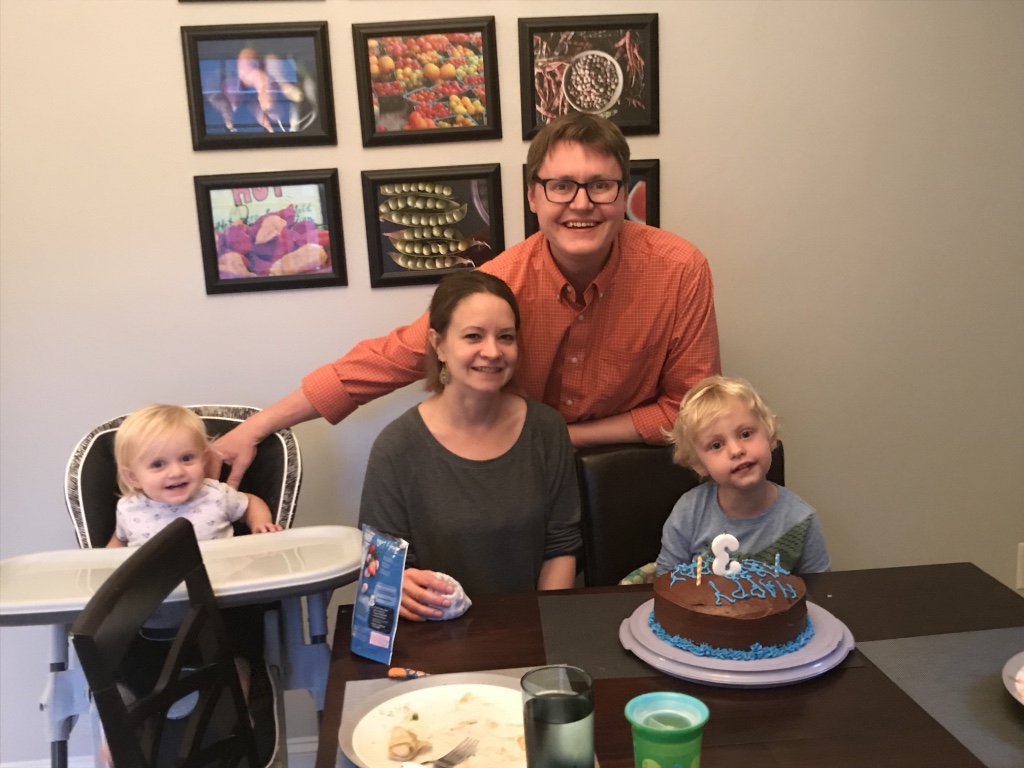 Phew!
Today we have Emmy’s 18 month check up. If her previous well visits are any indication, it’ll involved A LOT of screaming. Lucy and I will also be getting our flu shots while we’re there. Should be a fun time!
Tomorrow we have Lucy’s first field trip and then one more doctor appointment. I’ve just got to make it until Wednesday, and then we can have a day where we stay home and do nothing!
Be on the lookout for a few extra posts this week!
XOXO