Happy Thursday, friends!
It’s been a pretty standard week around here.
Grandma Rita came back from her weeklong trip to Ireland and brought the cutest treats for the girls! 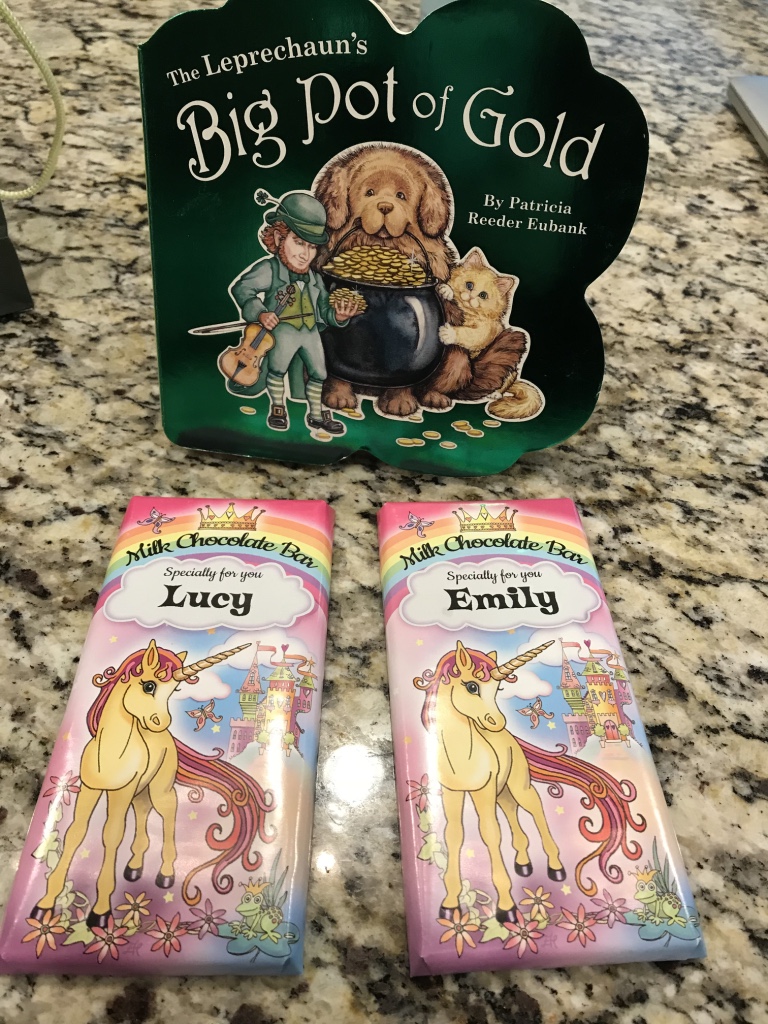 After two nights in a row of our pumpkins being vandalized by some sort of creature, I called it quits on the pumpkins and threw them in the woods. Then I spent like 20 minutes pouring pitchers of hot water over all the pumpkin goo on the porch and scrubbing it off with a scrub brush . . . all before 8am! 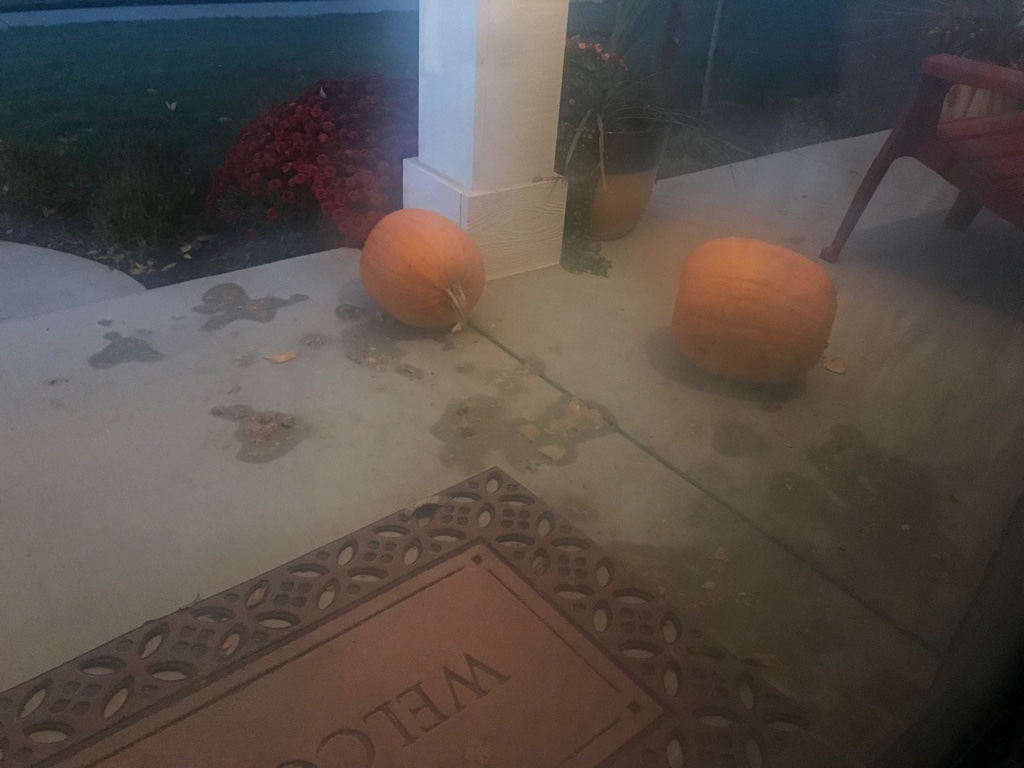 Lucy had her first field trip of the school year on Tuesday, and we went to the fire department! 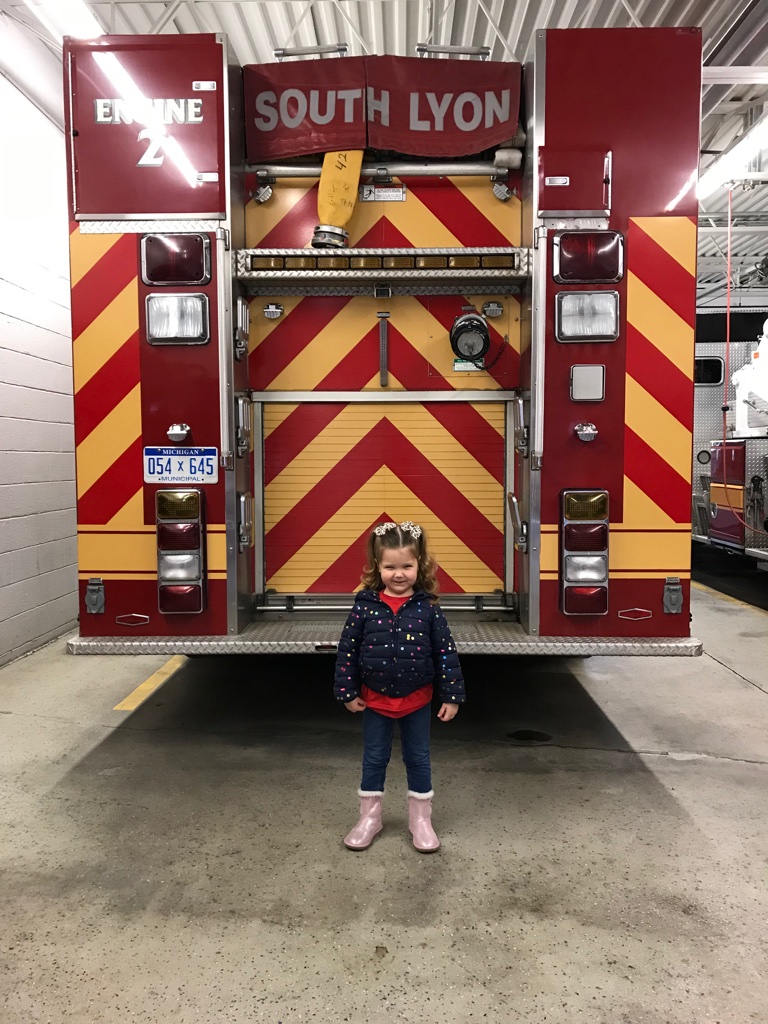 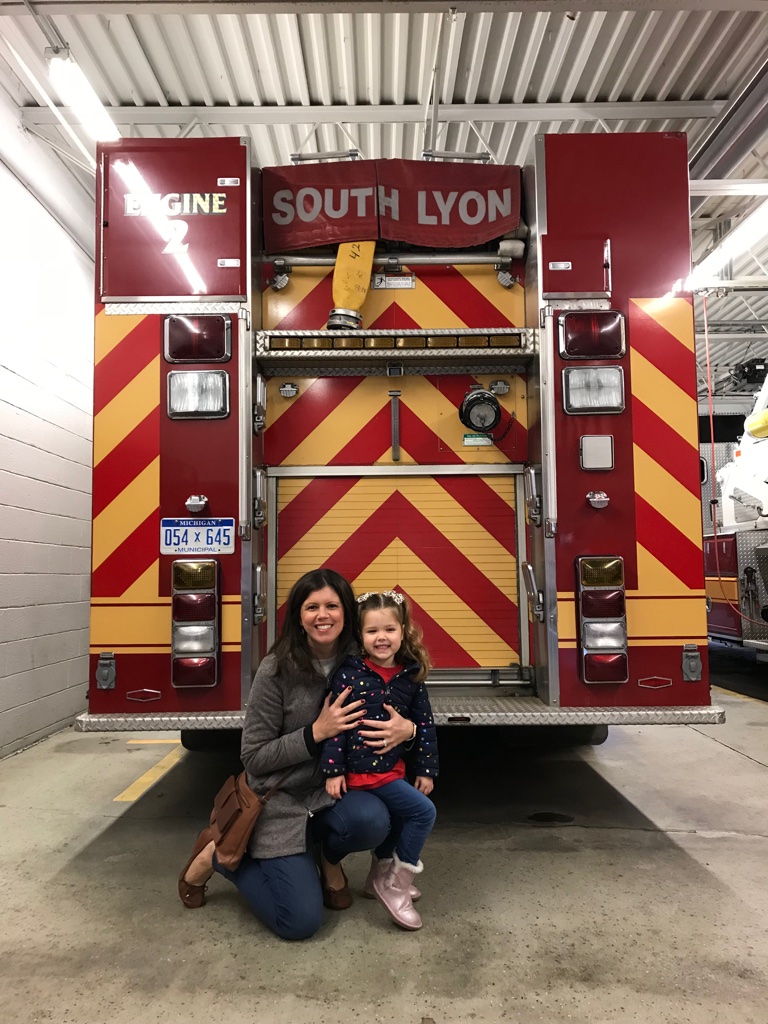 She was NOT a fan of Firefighter Mike once he put his gear on. 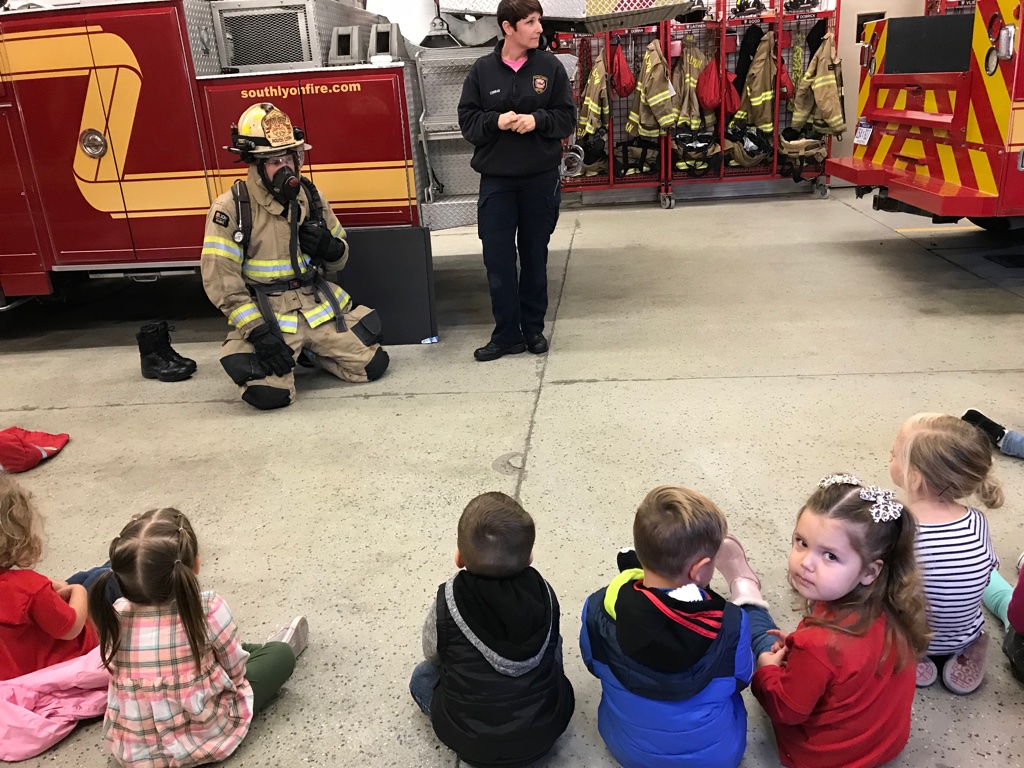 Lulu liked sitting in the fire truck, but cried when the firefighter tried to help her down! I guess we’ll have to work on the whole firefighters are our friends concept. 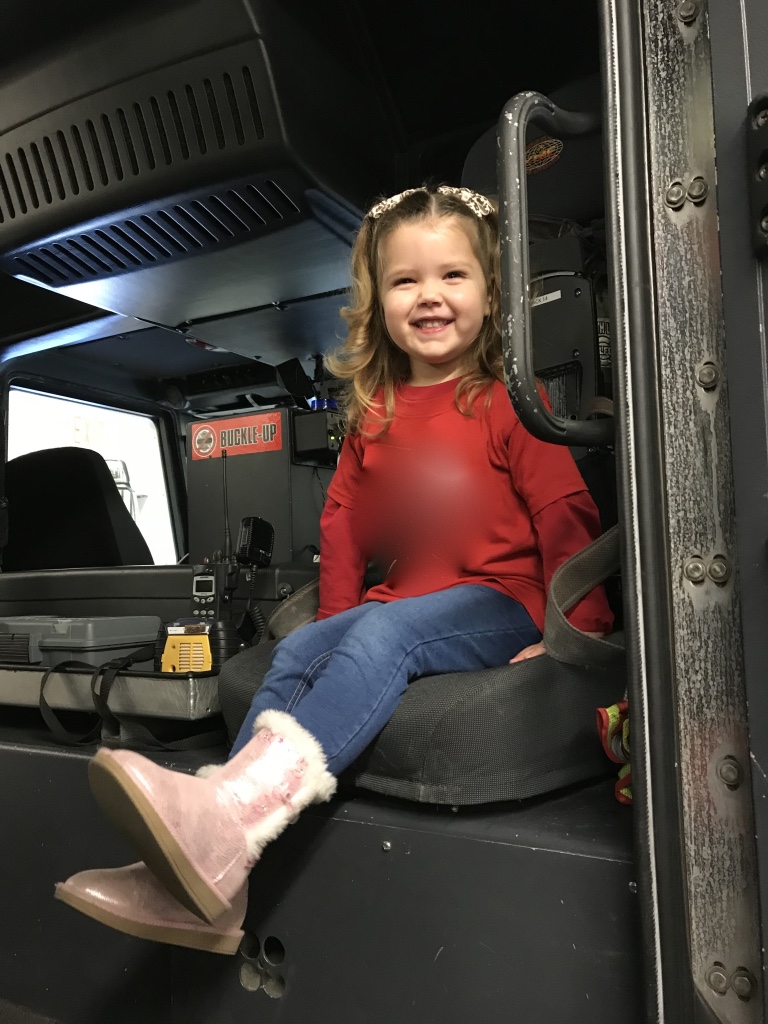 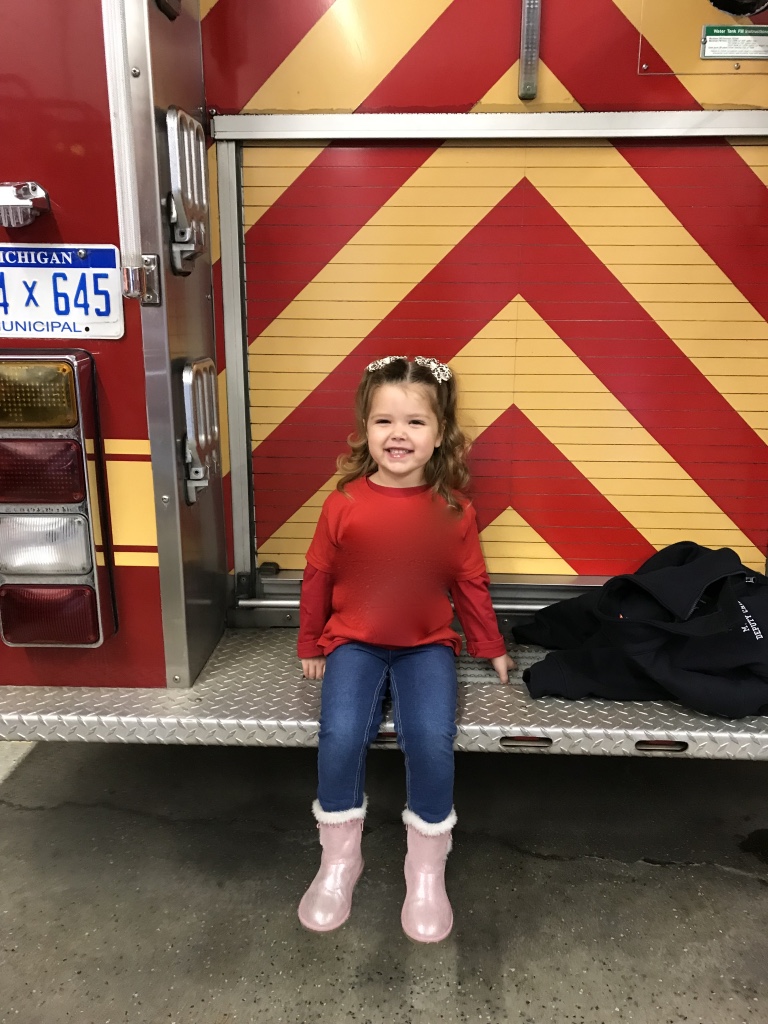 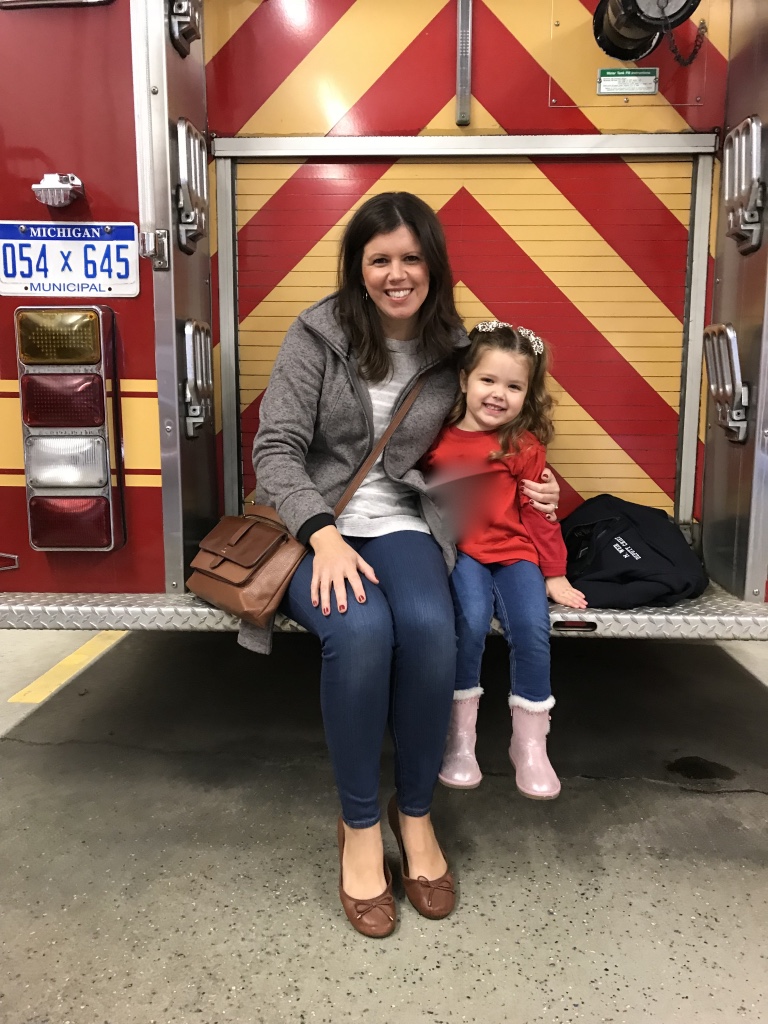 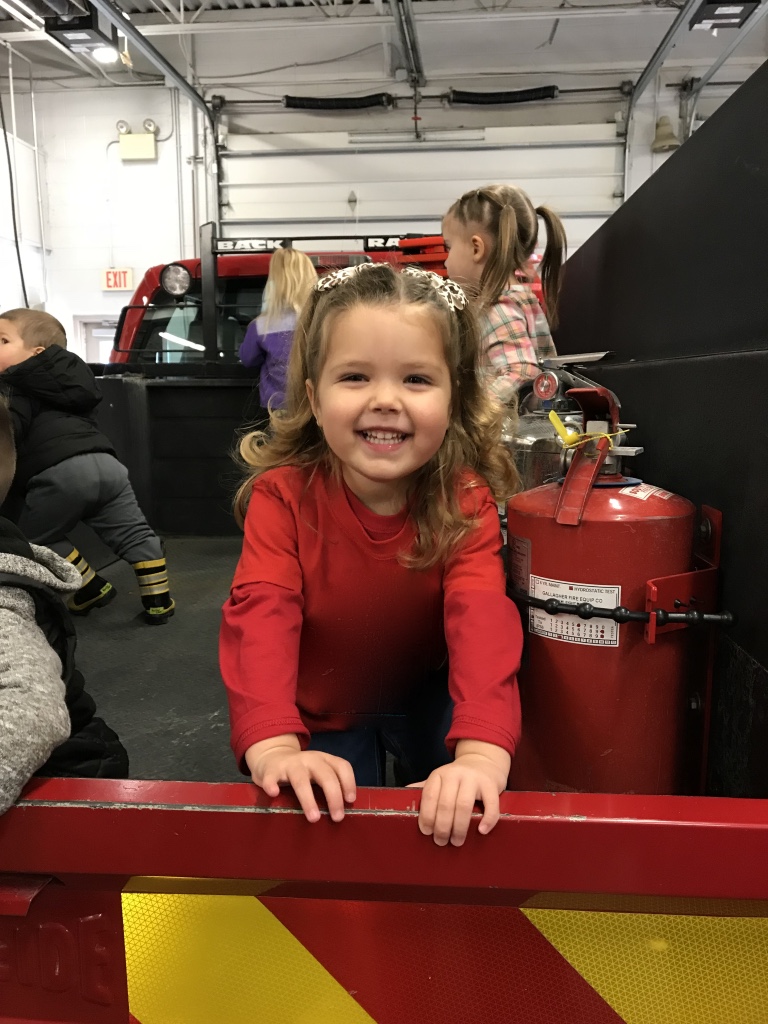 We spent Tuesday afternoon covering the girls with stuffies over and over again . . . and then did it some more. 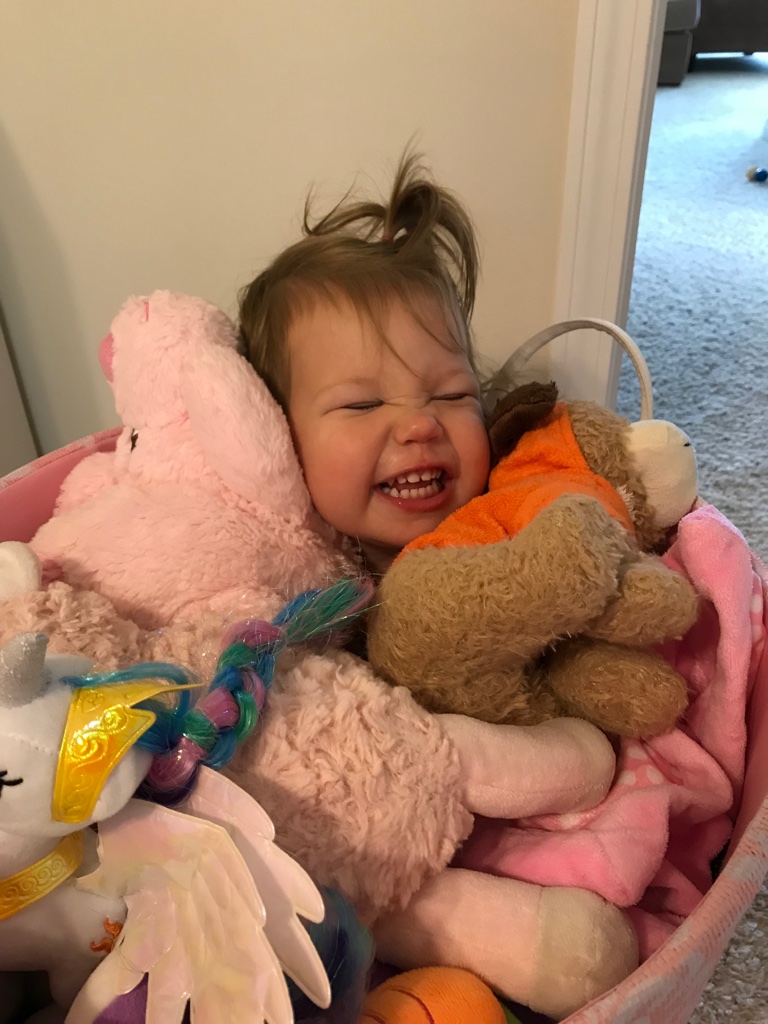 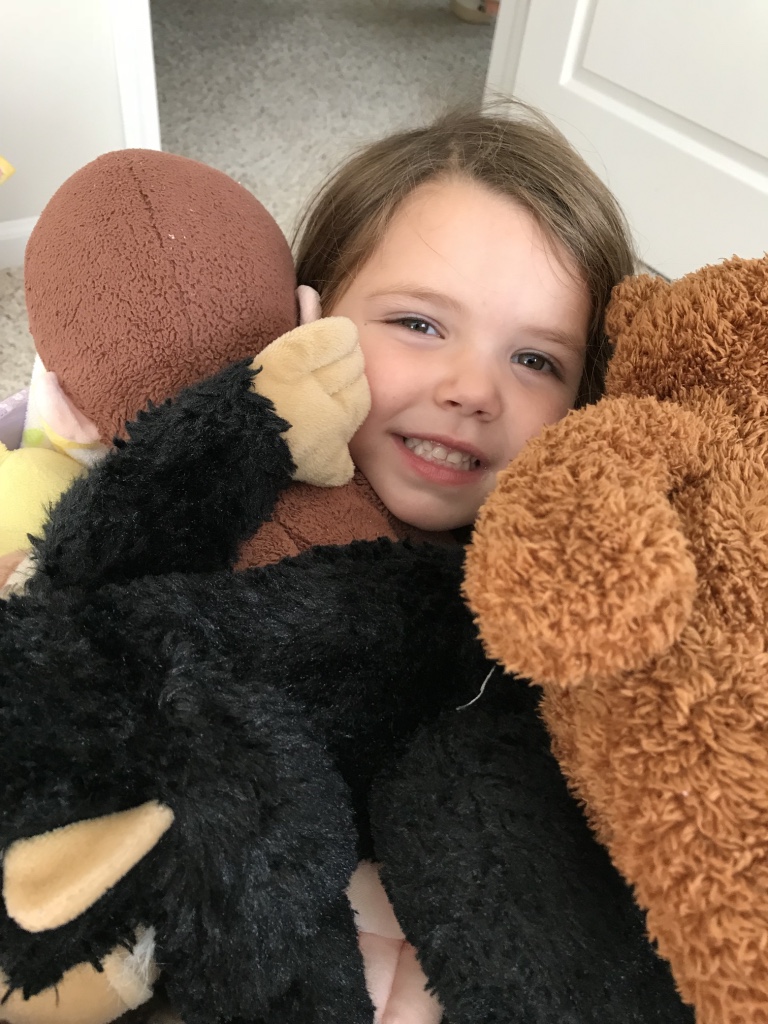 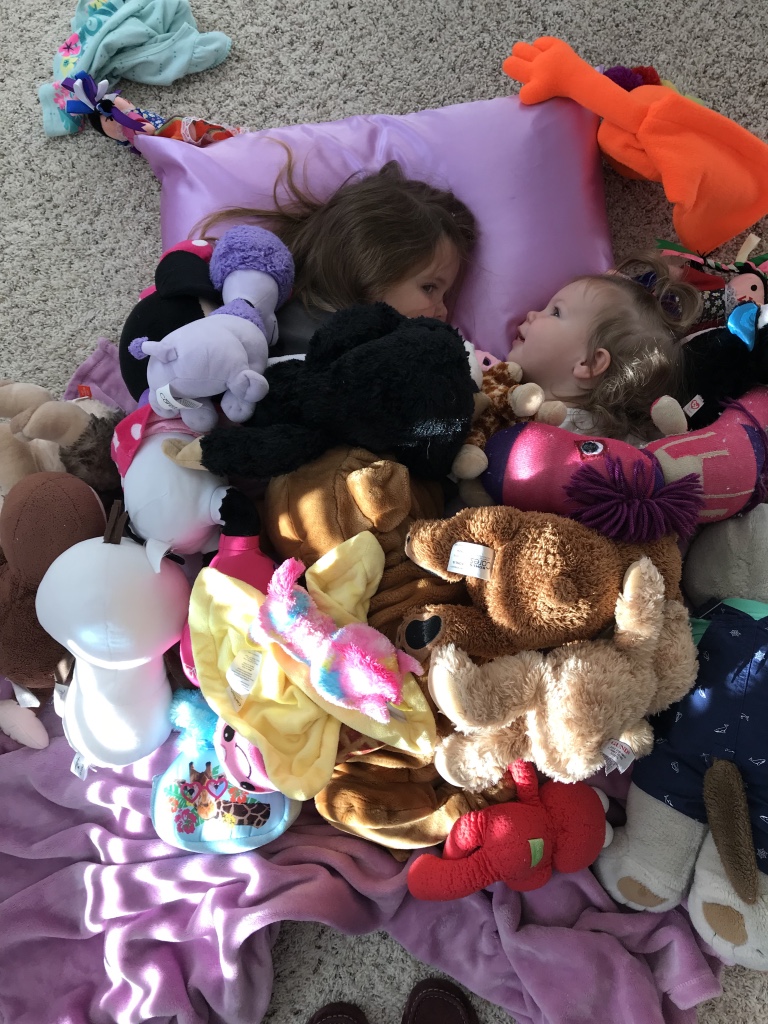 I will never understand why my kids like to cover their eyes with anything they can and try to walk around! 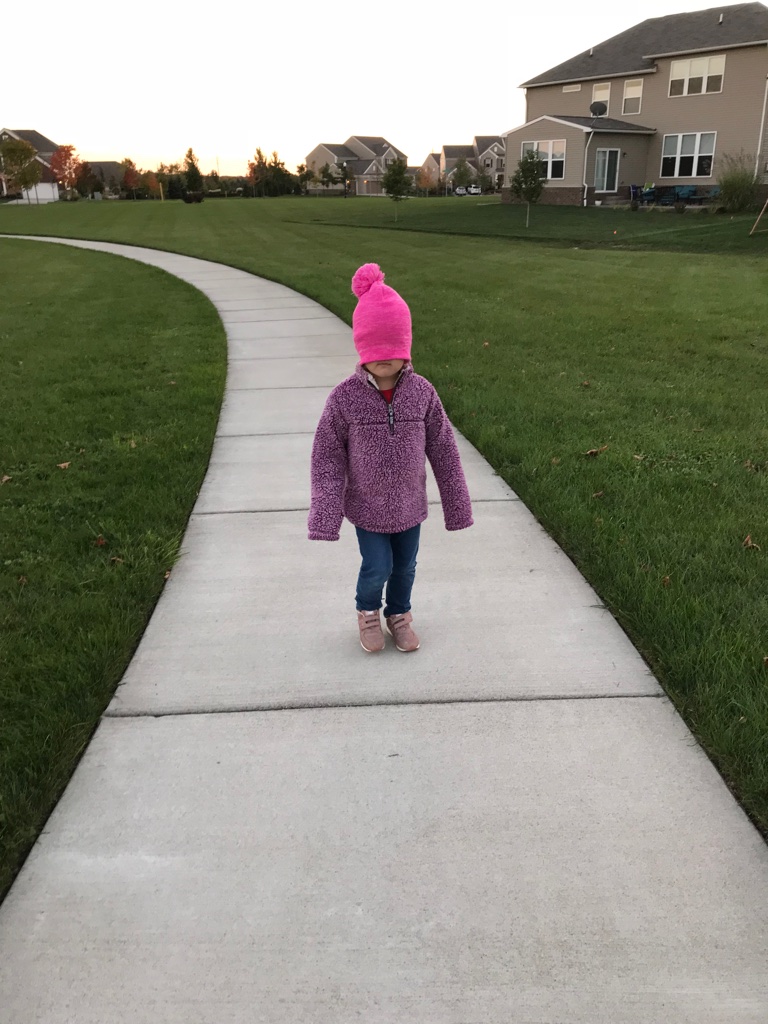 The girls did such a good job at Kroger yesterday, so I finally let them get a balloon. 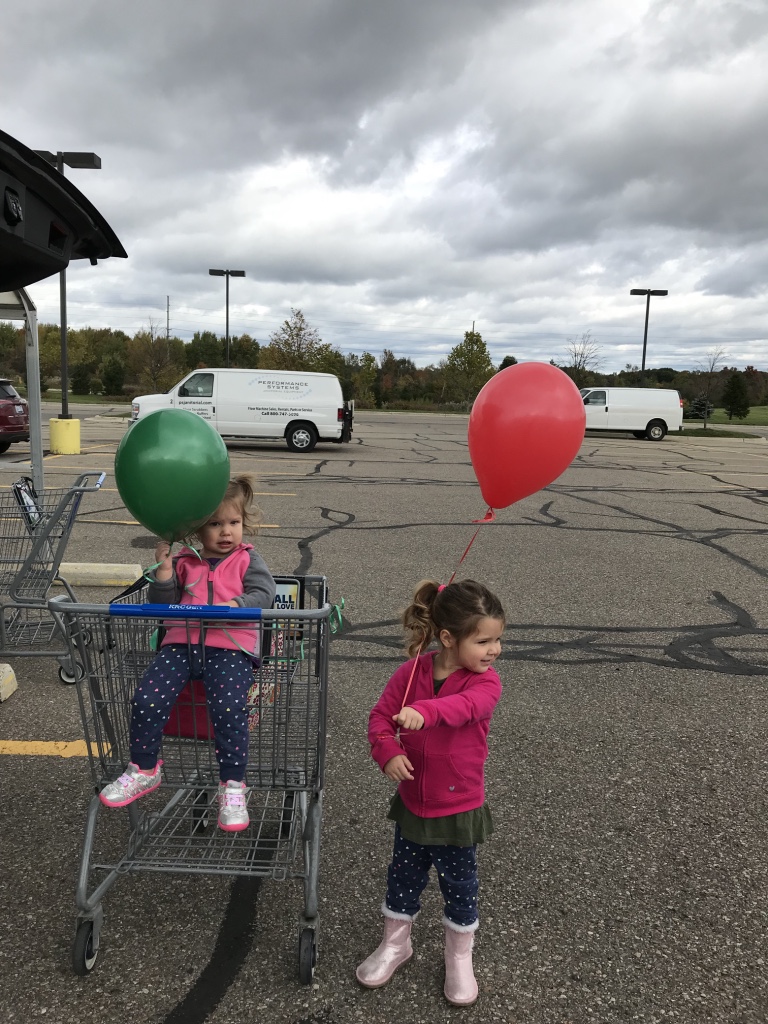 Look how big Emmy is! She just colored away while I made lunch. 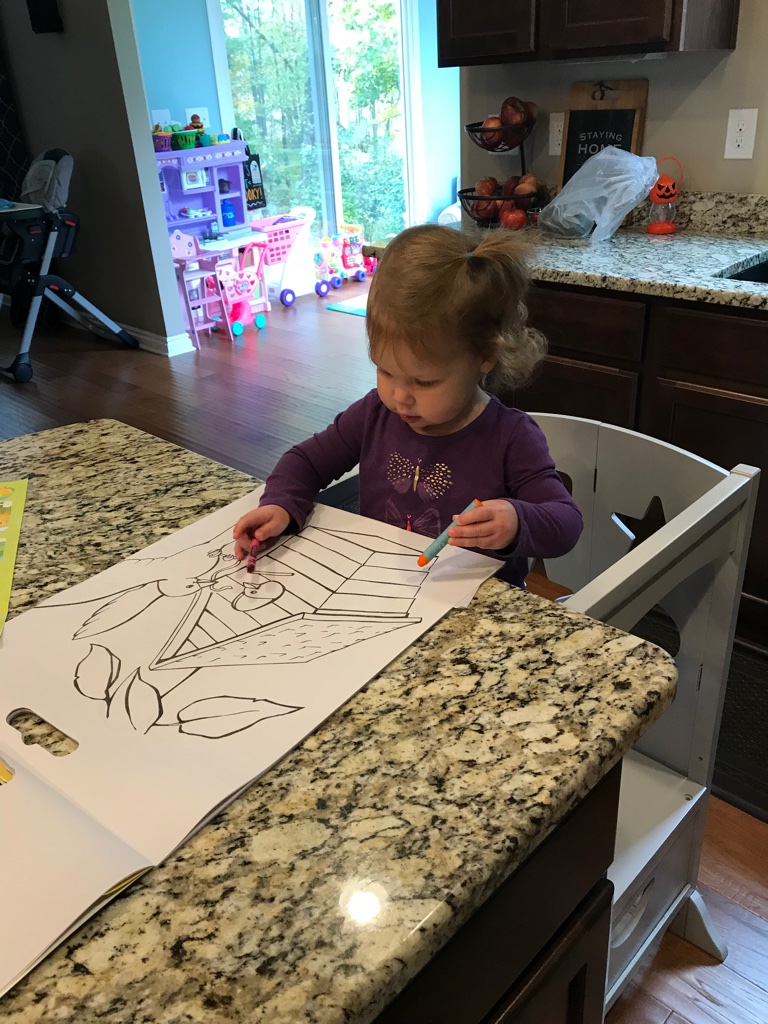 We now have an Amazon Dot to control our fancy new lightbulbs. Lucy has learned how to get Alexa to play Moana music and The Wheels on the Bus. Emmy can’t quite figure it out yet and just yells, “BUS!” as loud as she can! 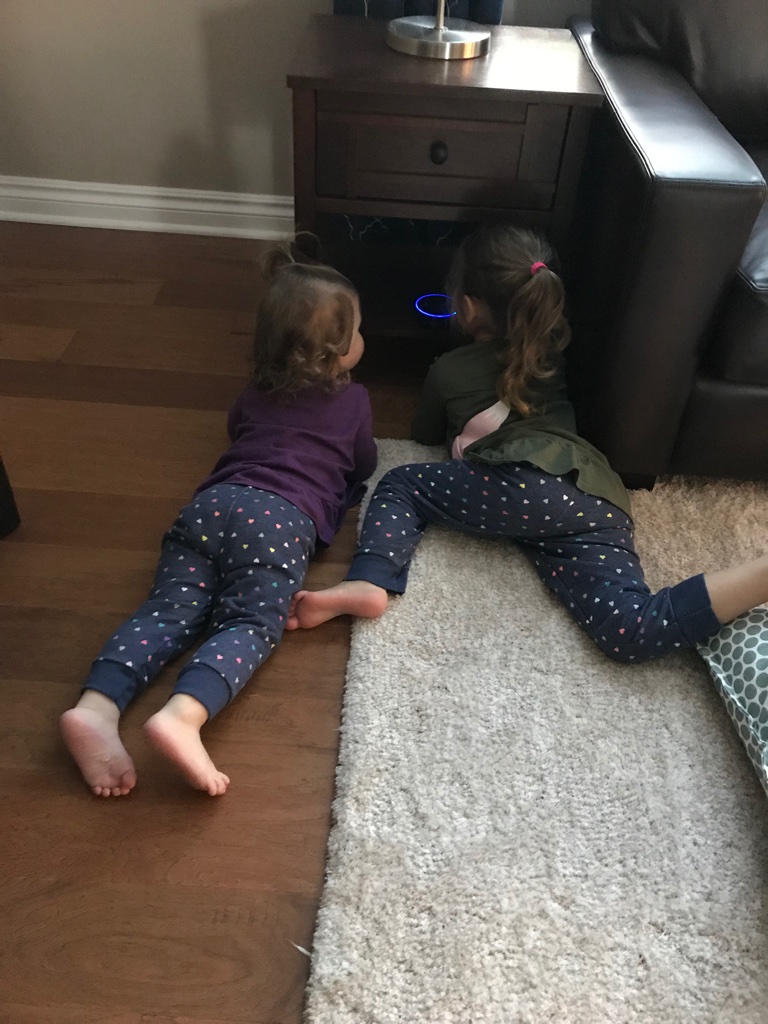 Other than a Halloween party at the clubhouse on Sunday afternoon, we have no plans this weekend! I’m super excited to just have an easy going couple of days and maybe get a project or two done around the house.
Have a great weekend!
XOXO