Happy Thursday!!
I’m starting the post off with a collection of pictures I like to call “Emmy at 6:30am.” She is going through a delightful phase where she wakes up by 6:30 every morning. Moana, Elsa, and milk are the three things that help keep her occupied while I finish getting ready for the day. 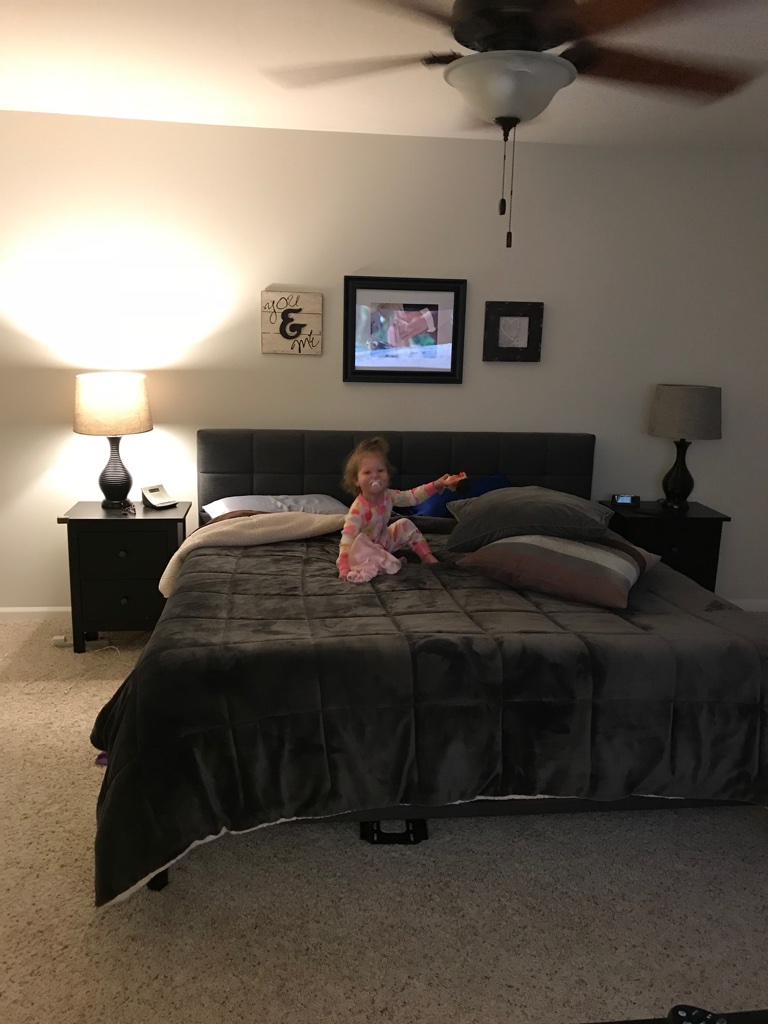 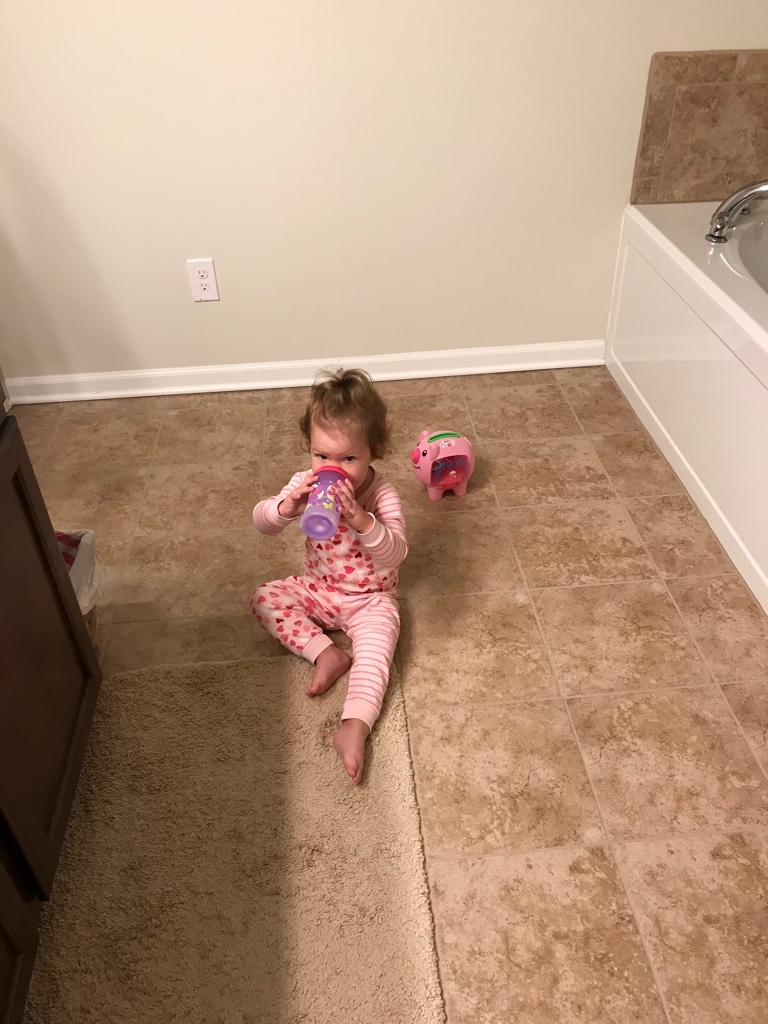 Lucy joined her in the early morning party on this day! 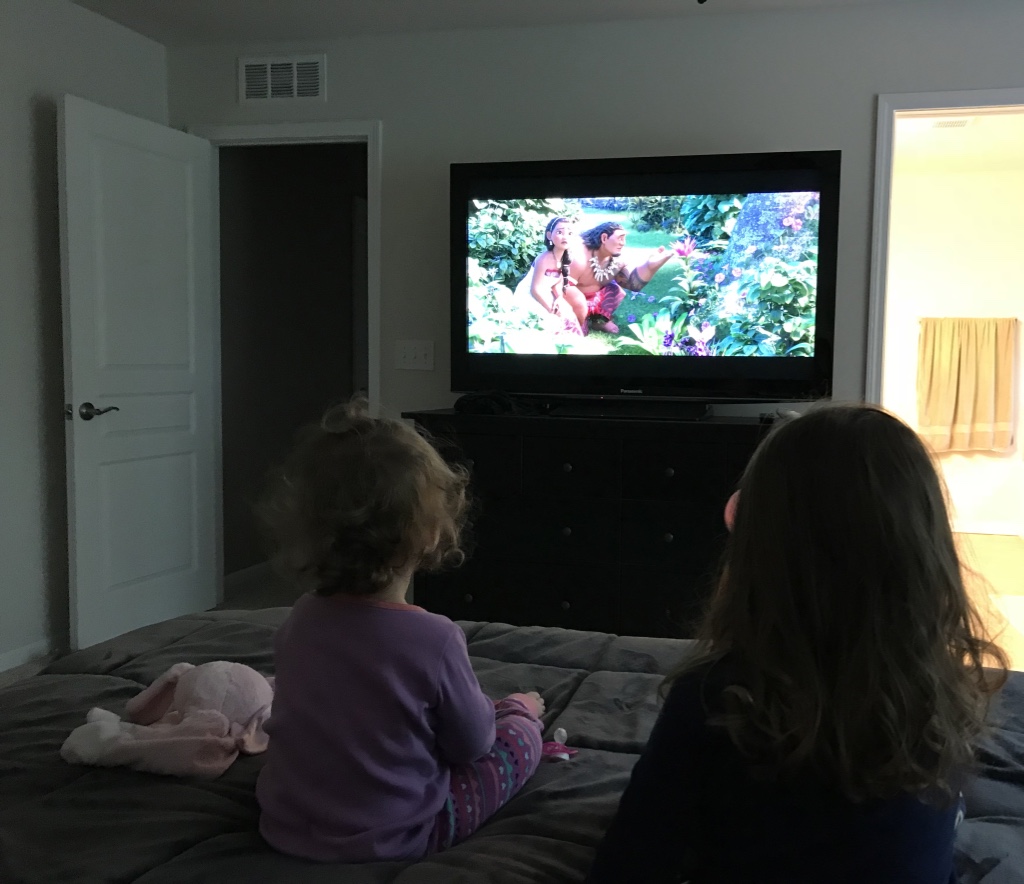 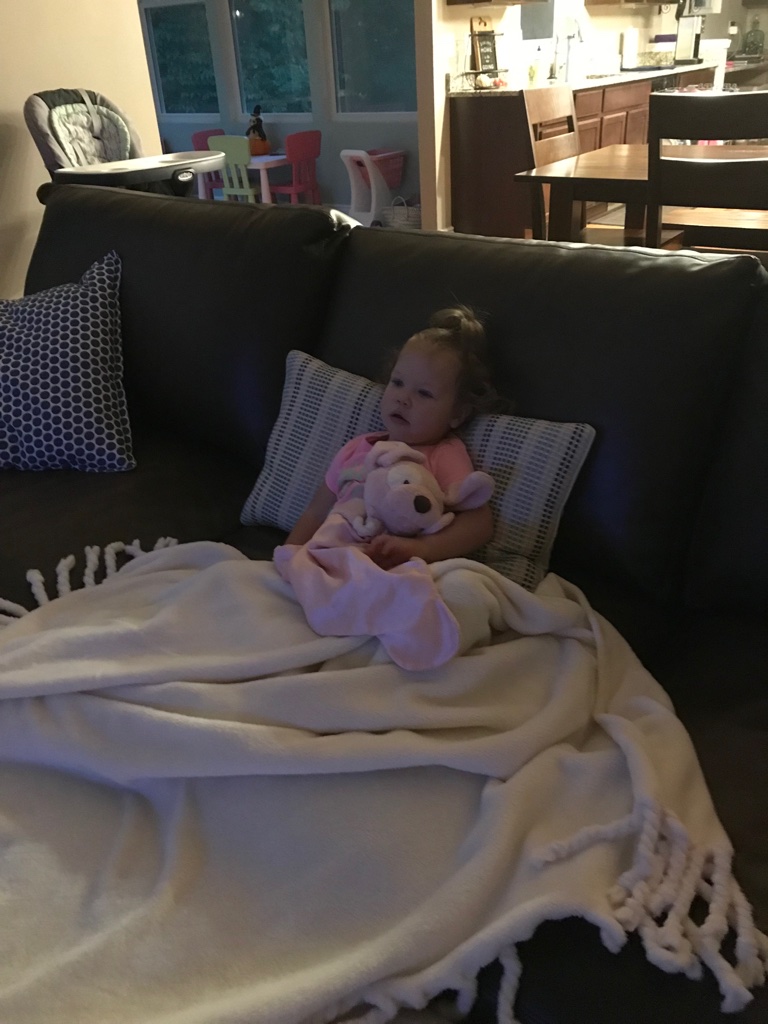 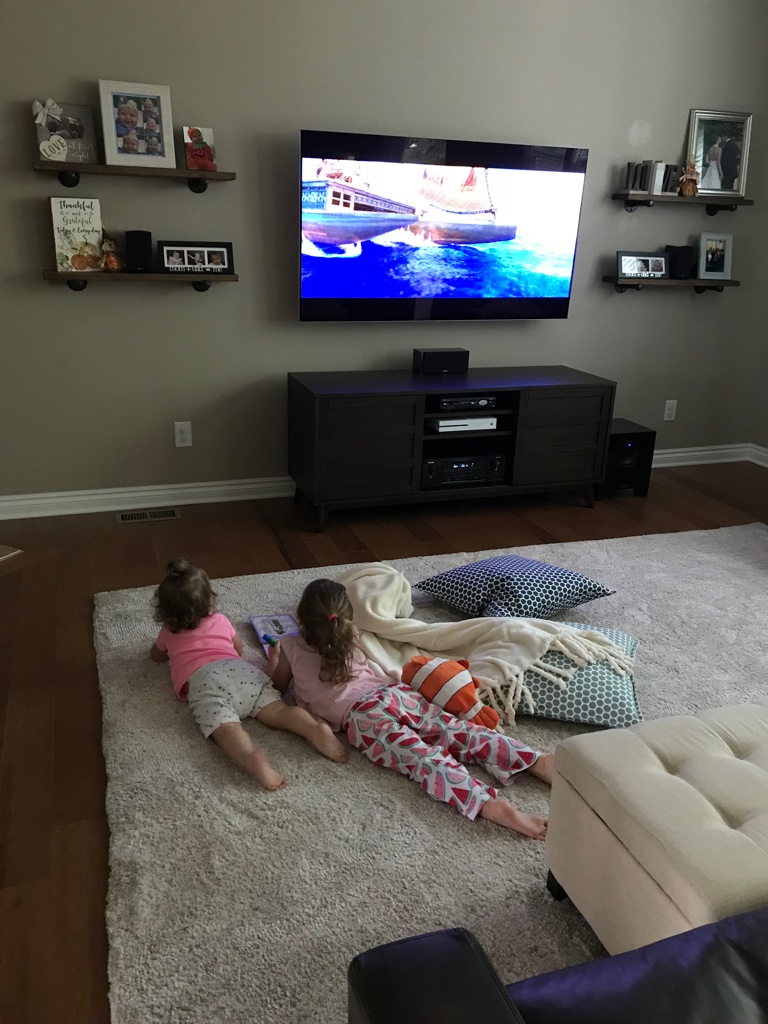 Emmy happened to wake up from her nap right as Matty finished cutting the grass. She was happy to try on his grass cutting hat. 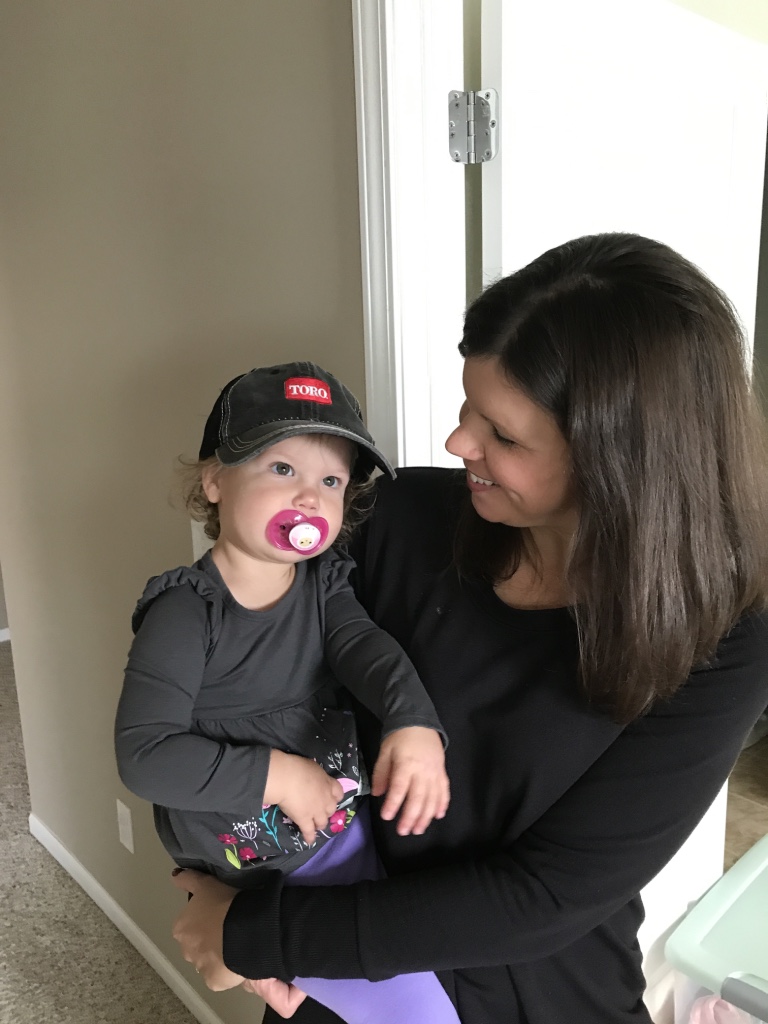 Lucy is very proud of the Curious George mask she made in school. It looks like she spent about four seconds coloring it, but it’s very special to her. #herwordsnotmine 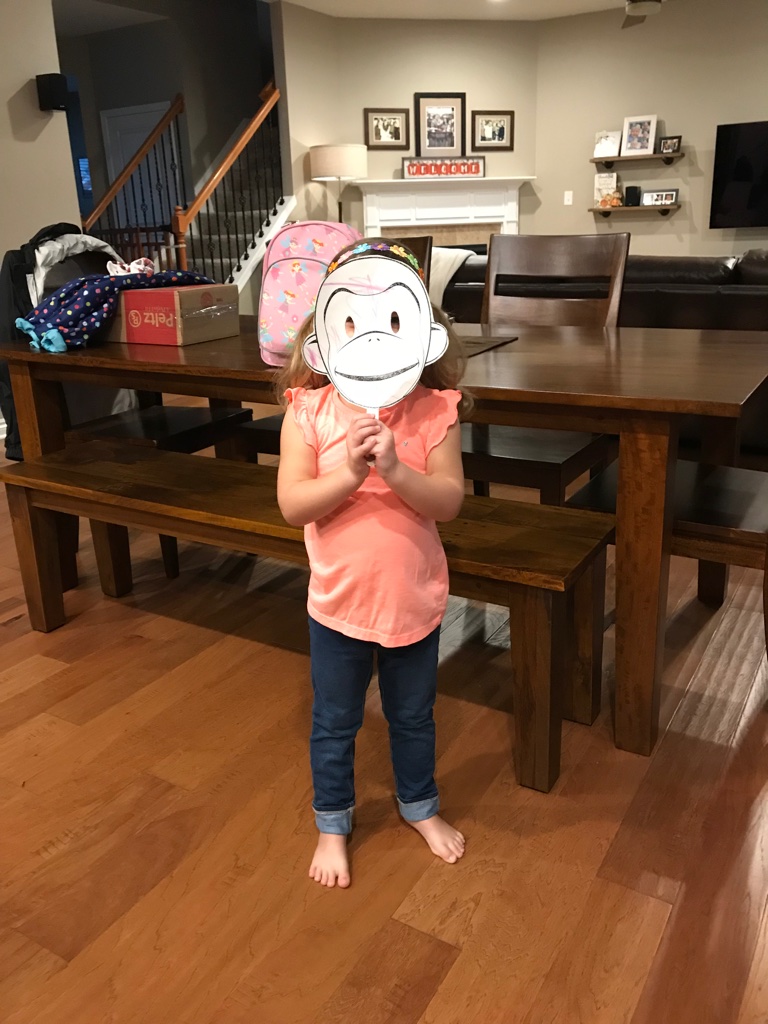 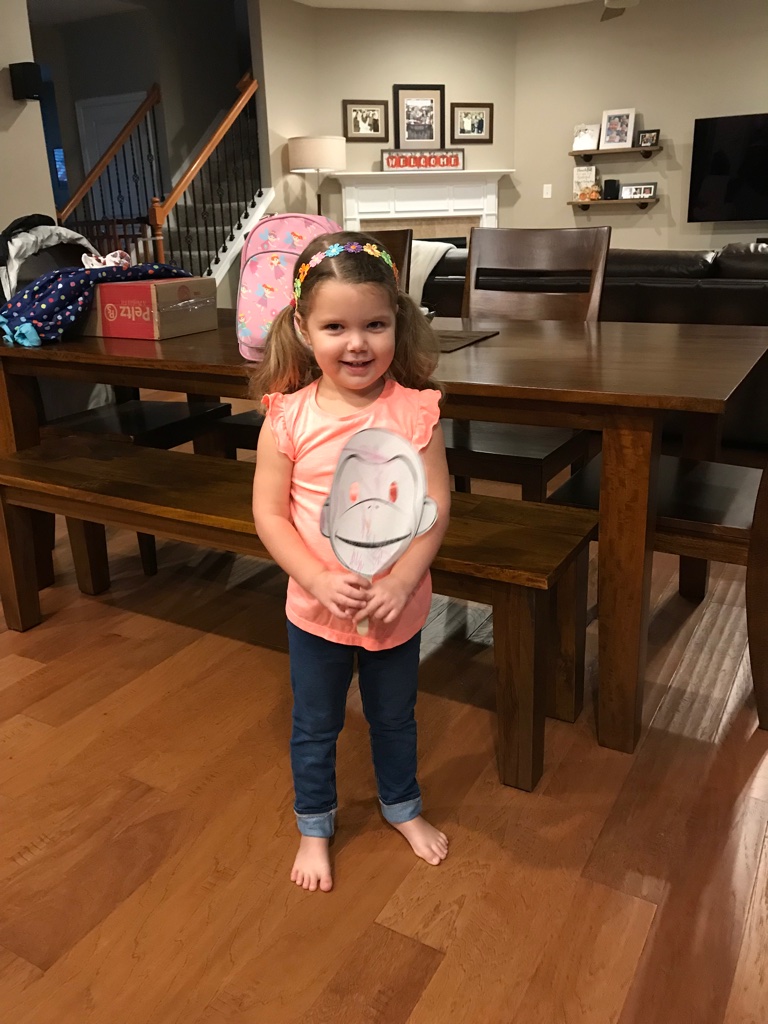 Pure bliss at the playground! 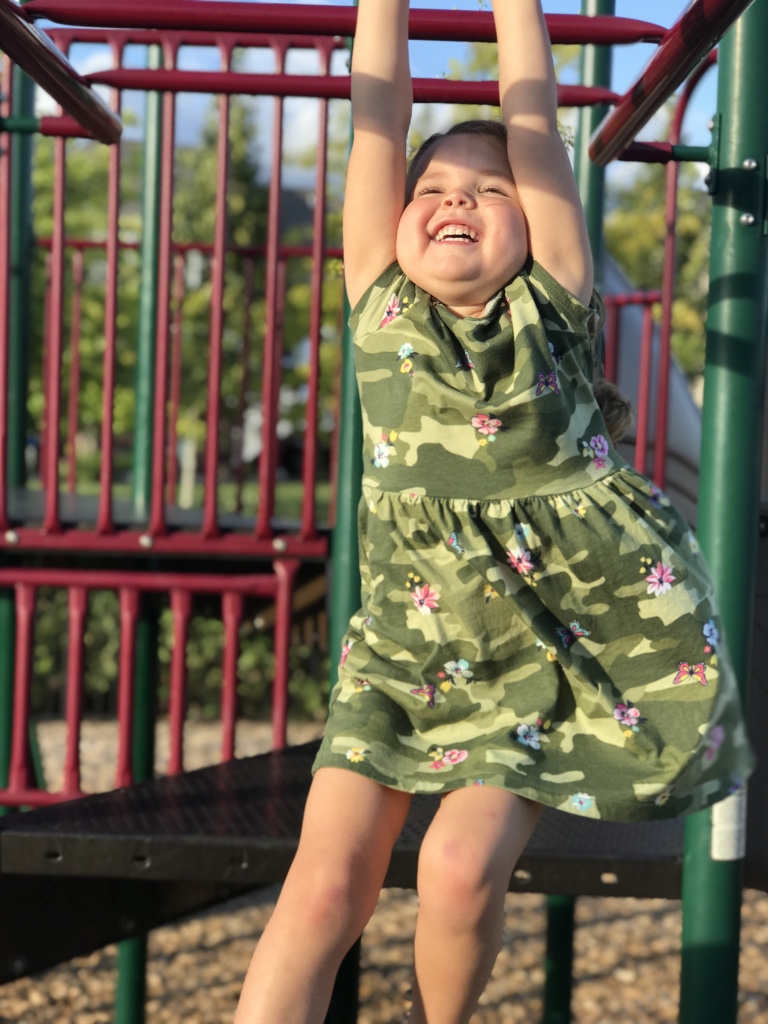 I think this is the cutest picture of Emmy Roses to date. 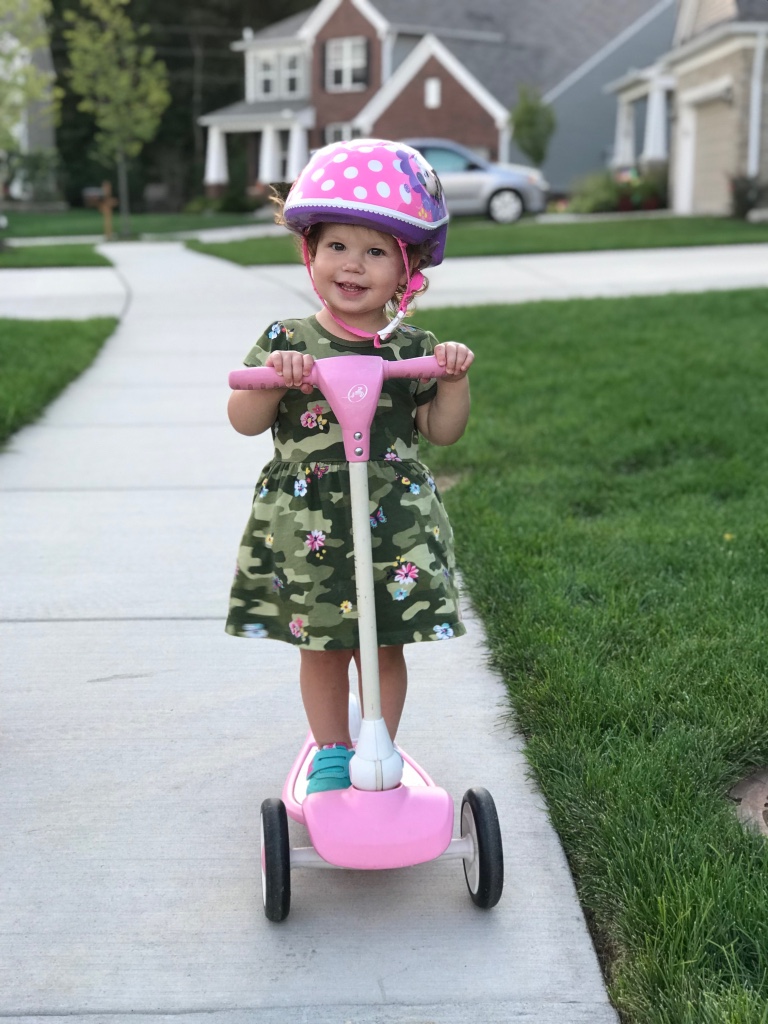 Because she’s been so into Lucy’s scooter lately, we thought it was time to get Emmy a helmet of her own. This Frozen one was too big for her, but they sure did enjoy trying them on! 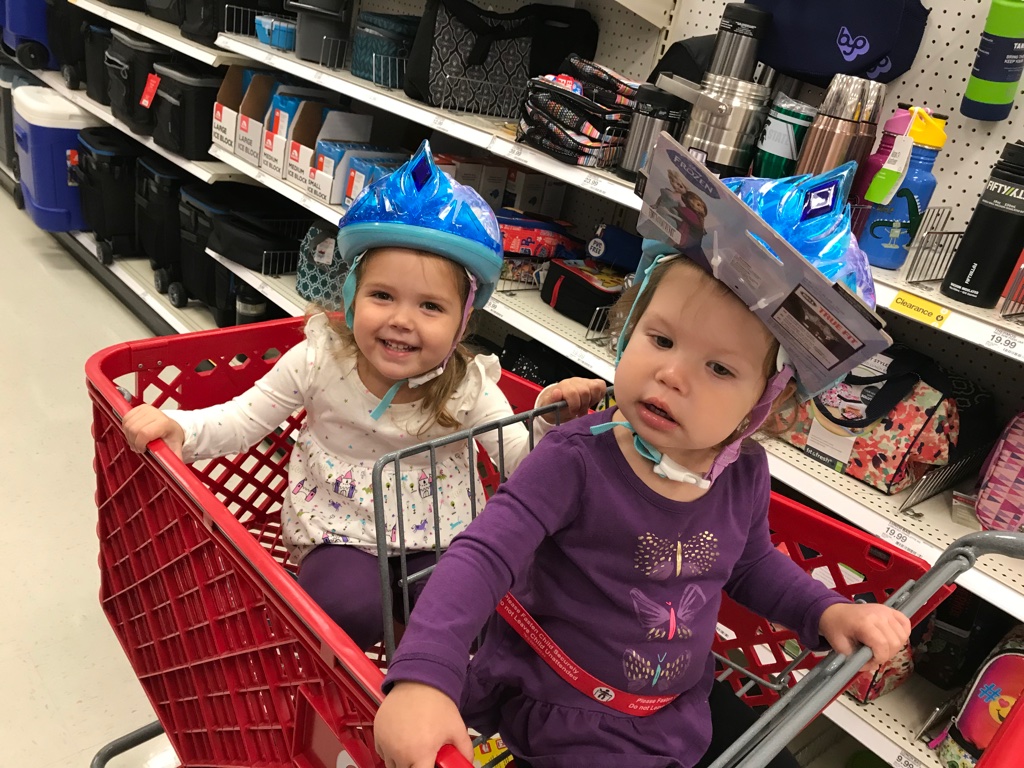 One of Matty’s suppliers has a suite for the Red Wings games, and they gave him tickets for the game last Saturday. #datenight 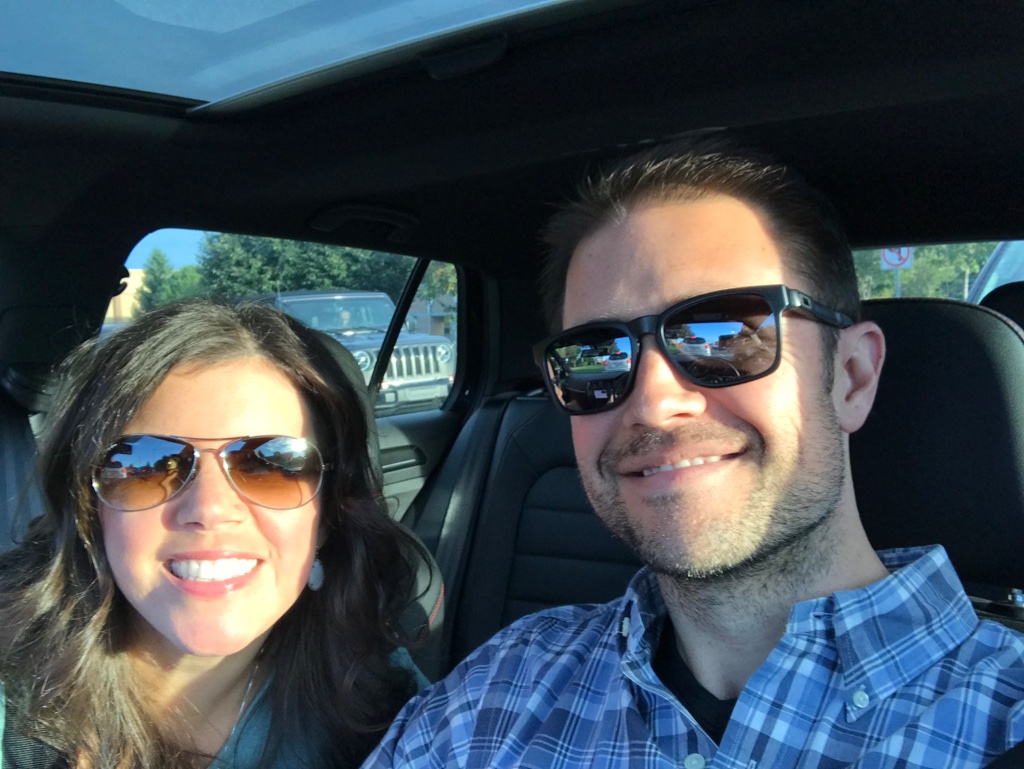 We aren’t huge hockey fans, but we are fans of free food and drinks! 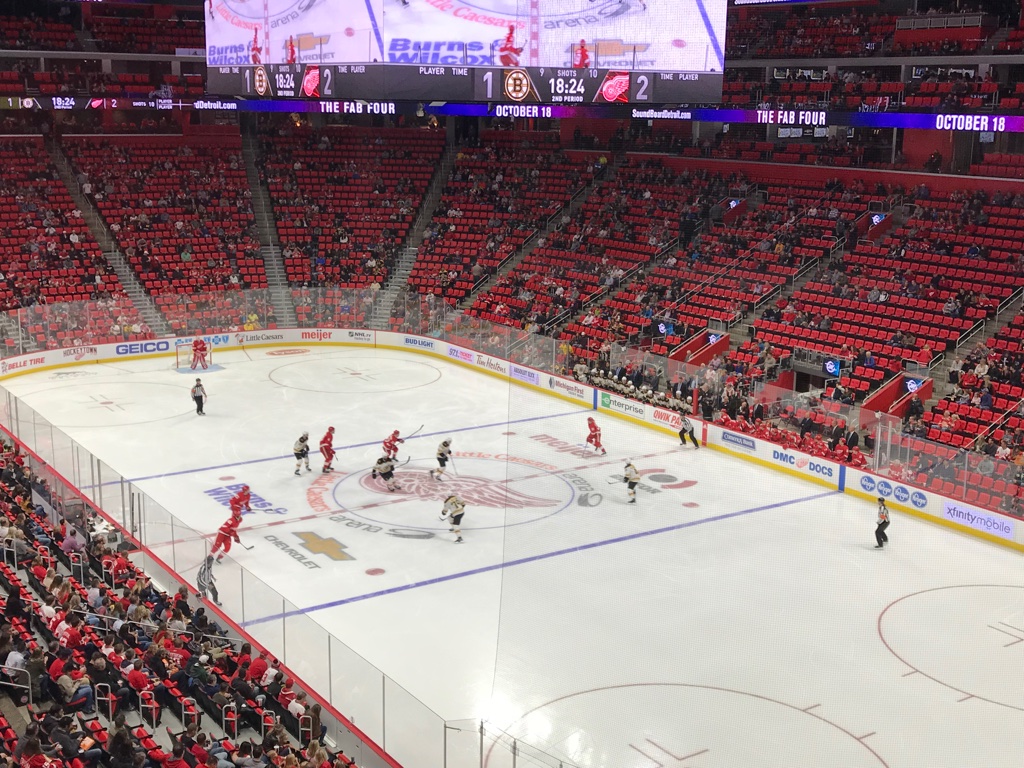 Confession: We left after the second period and we were home and in bed watching The Office by 10:15. #winning 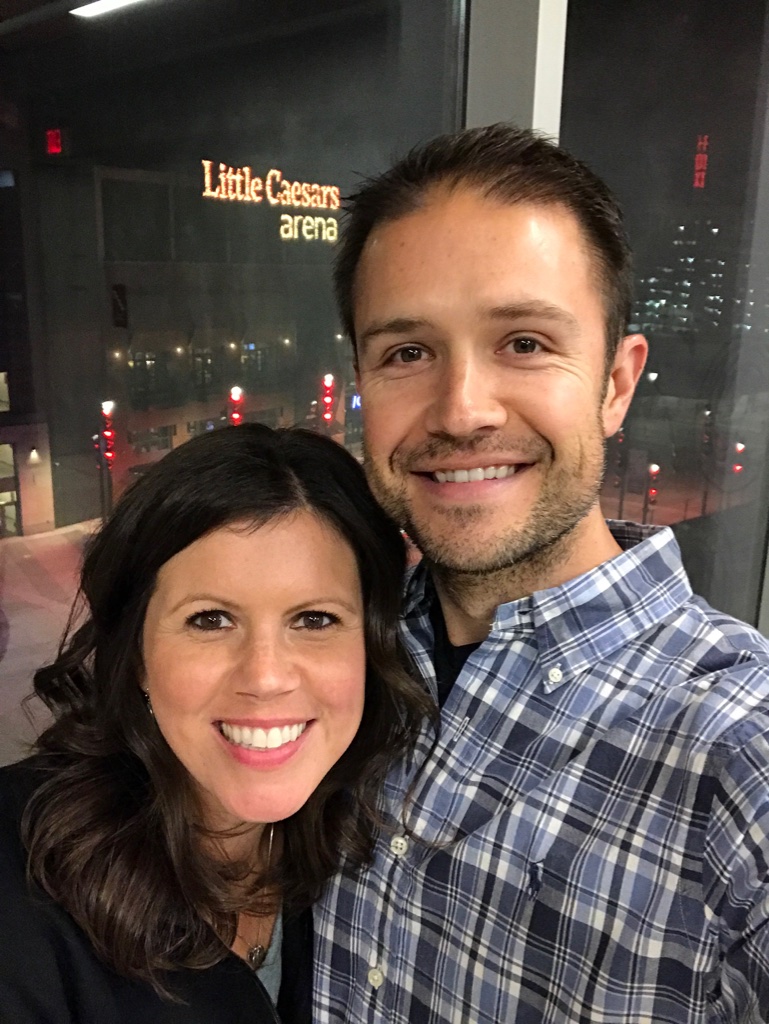 Monday was a chilly, rain day so we decided to put on a movie after dinner. Looks like everyone was pretty cozy! 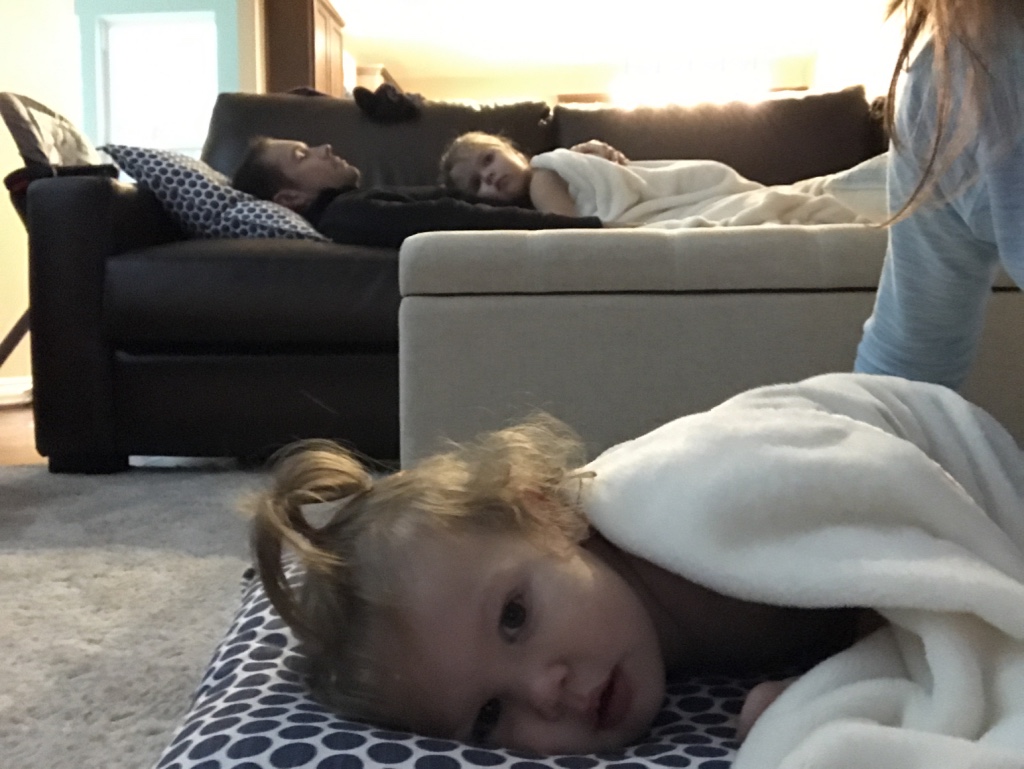 The sweetest ballerina unicorn ever! 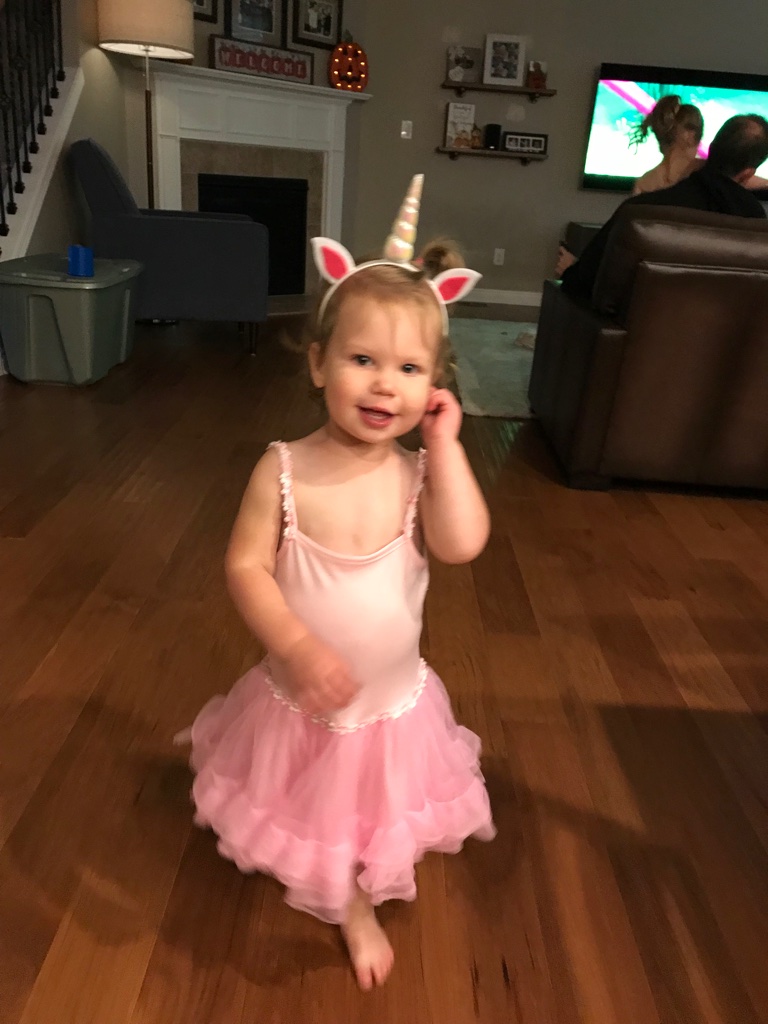 All those early morning wake ups make it hard for Ems to hang during morning errands. 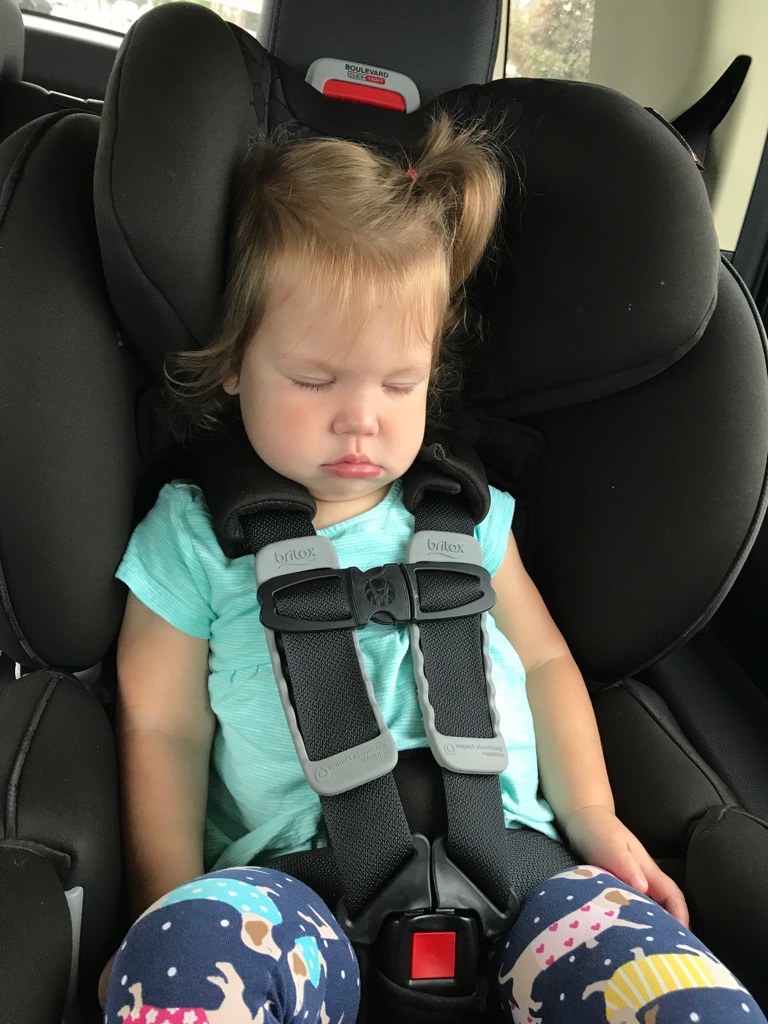 I snuggled with Lucy for a while during rest time earlier in the week. 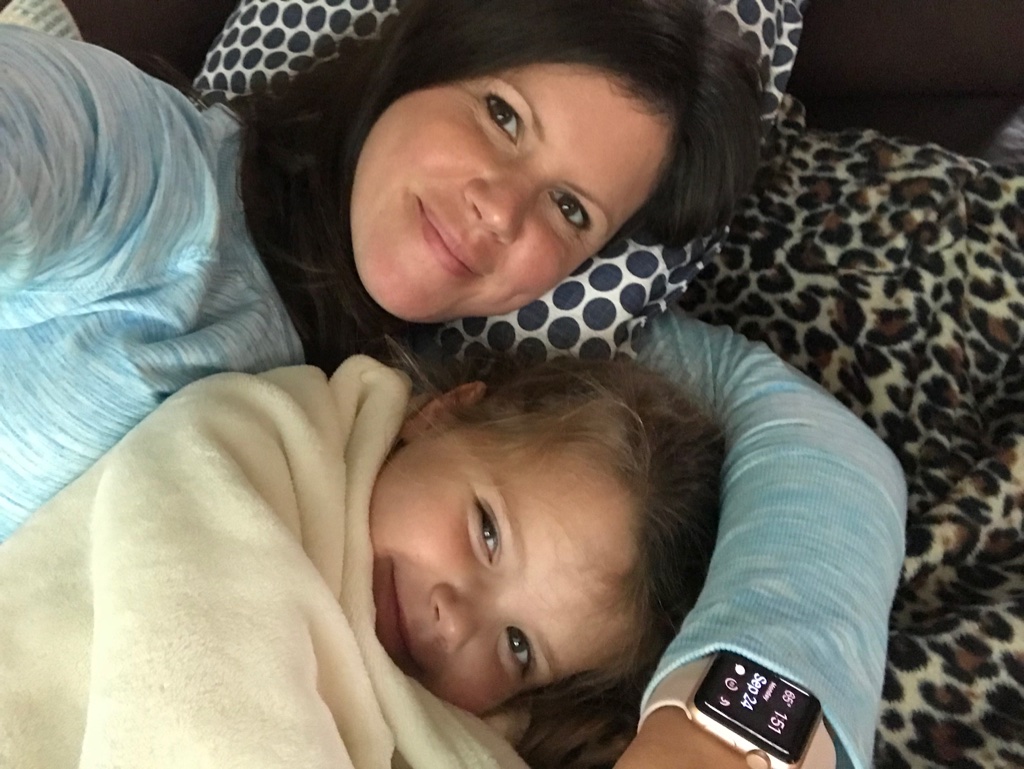 The picture I took reminded me of one I had from when she was just a few days old . . .so I had to make a comparison! 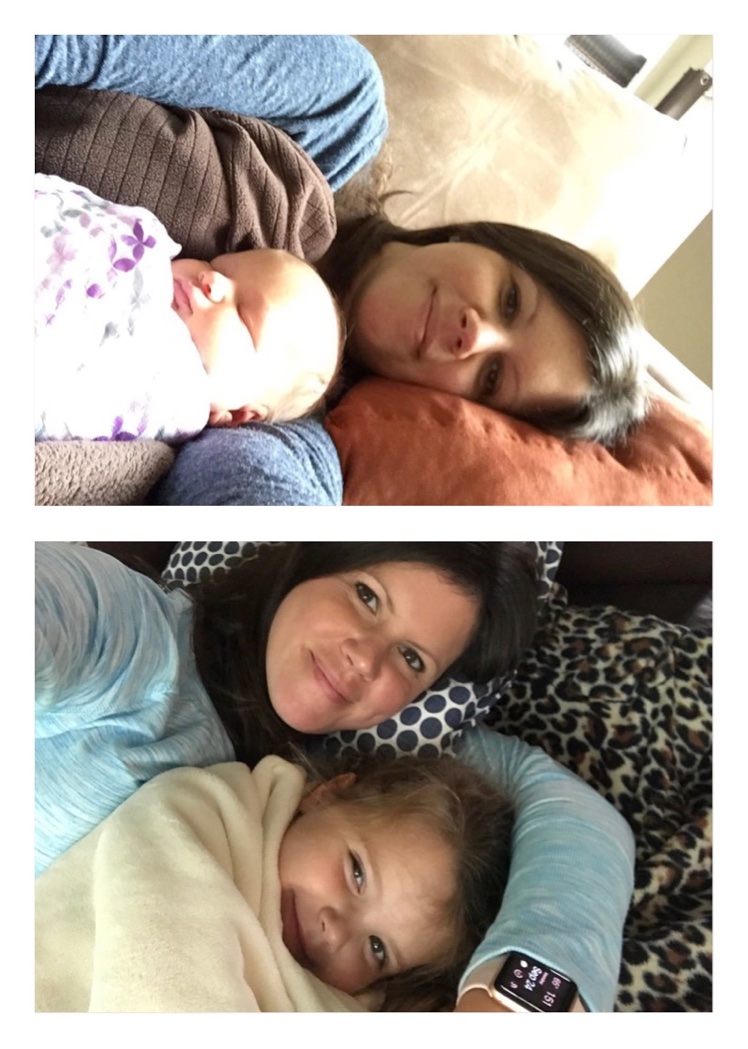 Yesterday was a beautiful fall morning, and Emmy had a blast riding around the neighborhood. 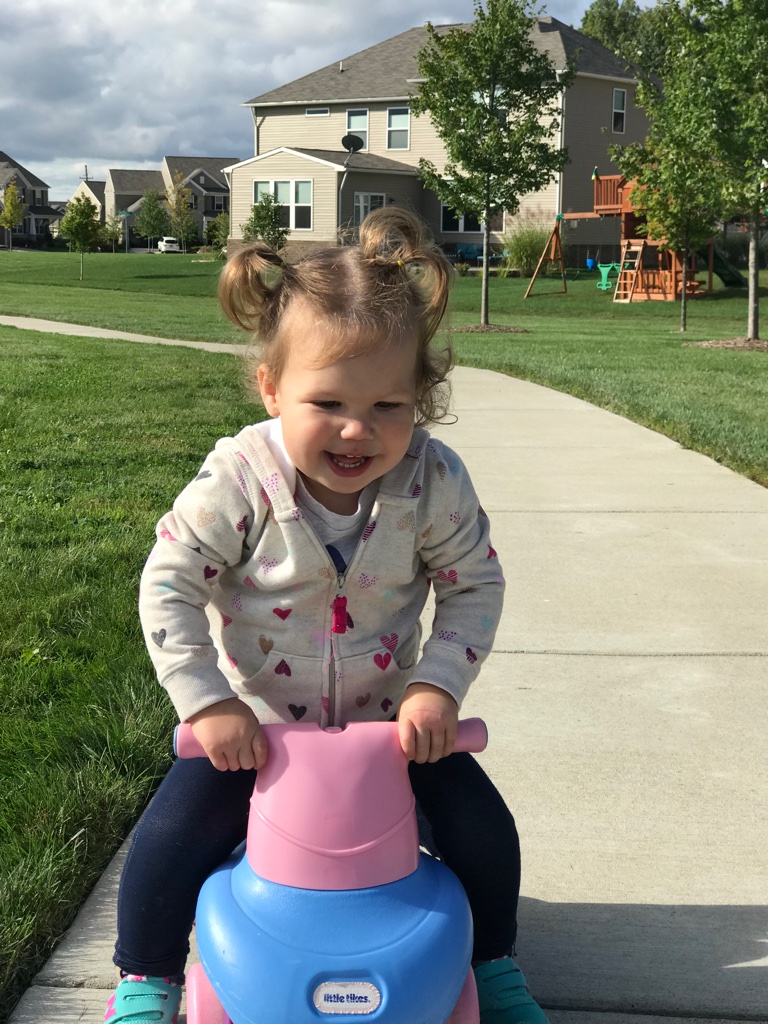 We are gearing up for a busy but fun long weekend. Today after Lucy finishes school, the girls are heading to their grandmas’ houses while Matty and I head to the cottage for the night to clean the boat and take care of some other chores. This is the first time since COLLEGE that we haven’t had a dog or a child with us on the drive. Fingers crossed that Matty is up for a stop at the outlets on our way! I’m also looking forward to a nice walk around the lake on Friday morning, which hasn’t happened since Lucy was born!
We’ll head home Friday afternoon to prepare for Pumpkin Fest parade and festivities during the day on Saturday, our first neighborhood euchre party Saturday night, and then Sadie’s birthday party on Sunday! #phew
Have a great weekend!
XOXO