Happy Thursday, friends!
This morning we will be dropping our Lucy Belle off at preschool for the very first time. Matty is going along for moral support, thank goodness! Orientation did not go as smoothly as I’d hoped on Tuesday, so I’ve been a nervous ball of anxiety the past two days. Hopefully things go well this morning! I’m going to do a special post about Lucy’s first day either tomorrow or Monday.
In the meantime, it’s just kind of been business as usual around here. The girls and I went to Costco on Monday, and they were living the life with their snacks and free samples! 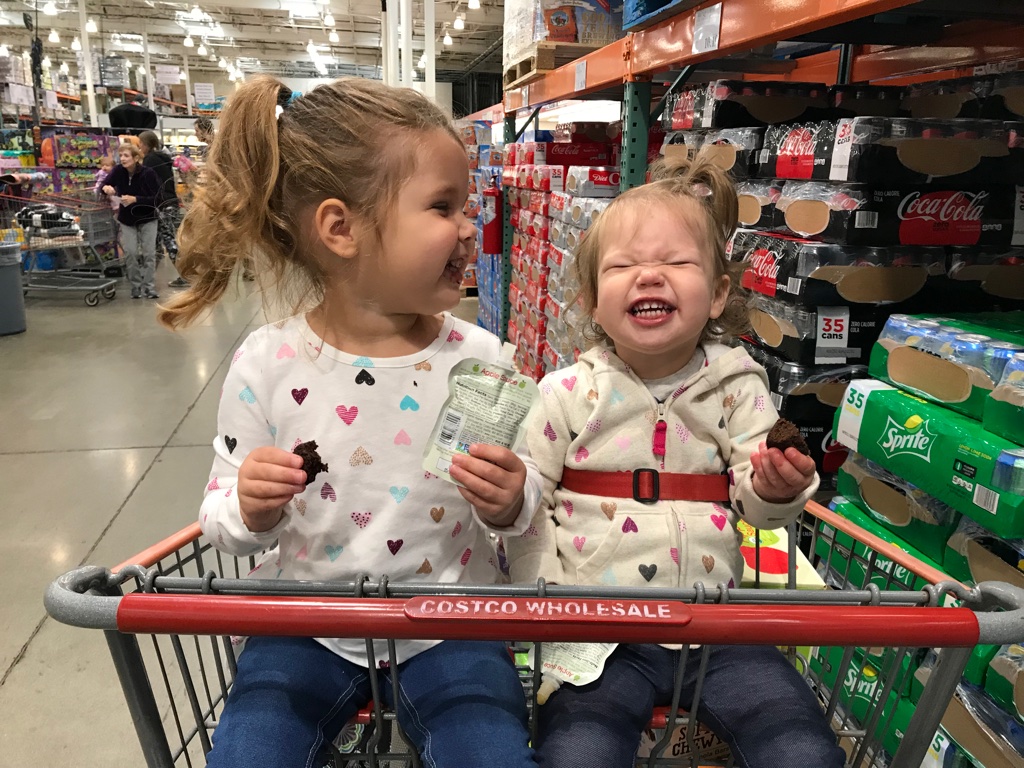 Monday night was Matty’s big night because the Lions debuted on Monday Night Football. He had hoped to get the girls to bed early, but I didn’t think that would work because they had both randomly slept in until after 9:00 that morning! So we tried for a regular bedtime . . . and about 20 minutes after we put the girls down Emmy had been fussing constantly and Lucy was calling our names. They just weren’t tired! So, Lucy got sprung first and had some special time watching football with her daddy . . . 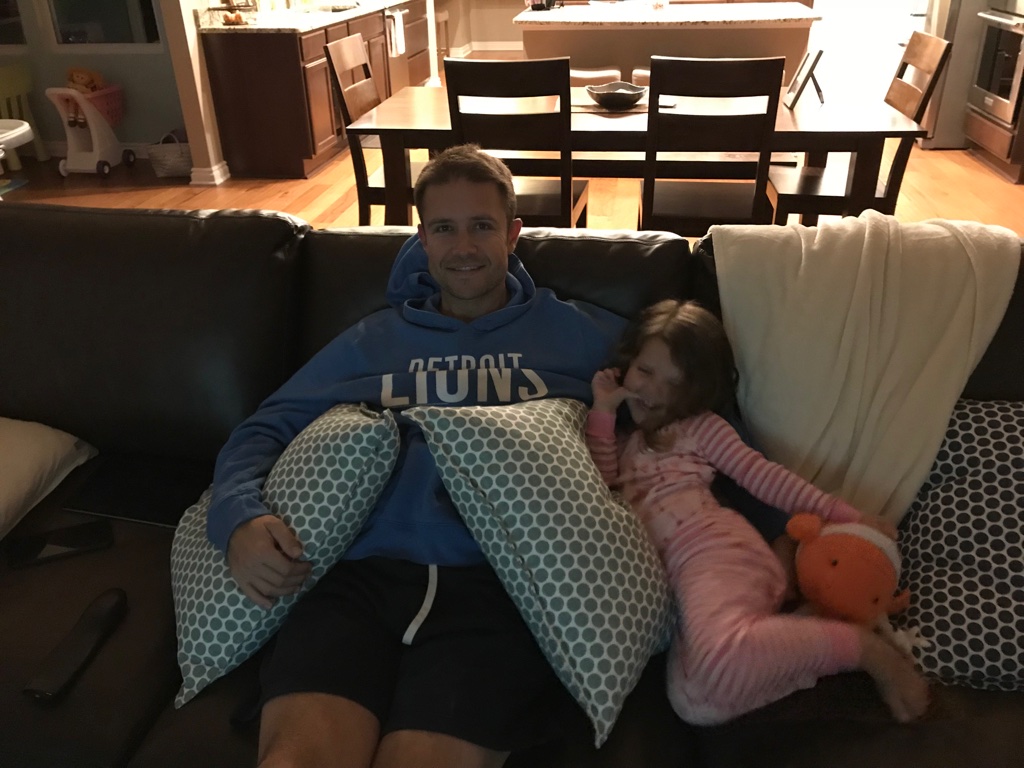 . . . and about ten minutes later Emmy was still fussing so she joined the party too! Surely it wasn’t how Matt envisioned watching the game, but the girls were actually pretty good/cute/cuddly so we didn’t mind. Too much. 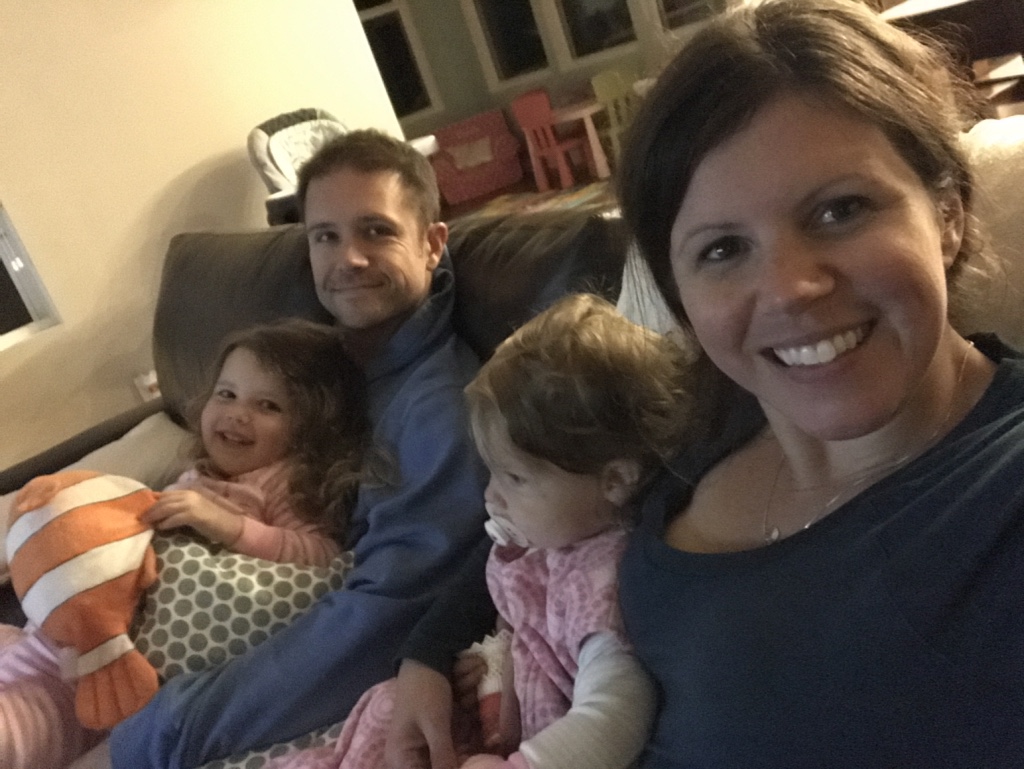 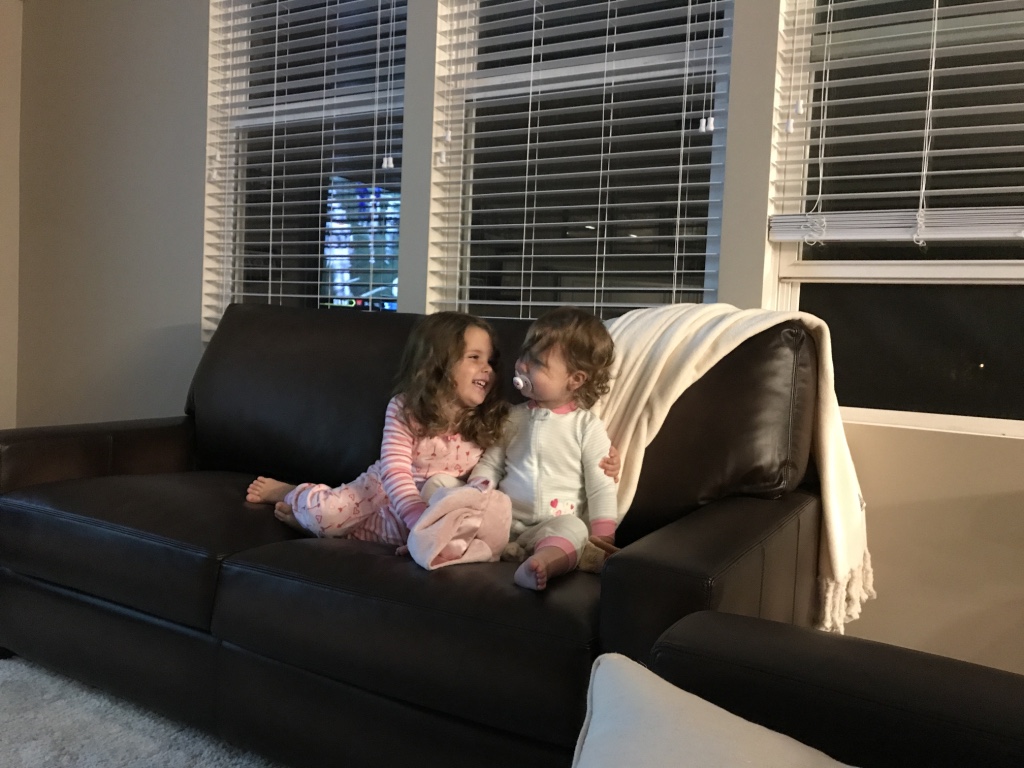 We played outside all afternoon on Tuesday, and Emmy took her chalk drawings very seriously. 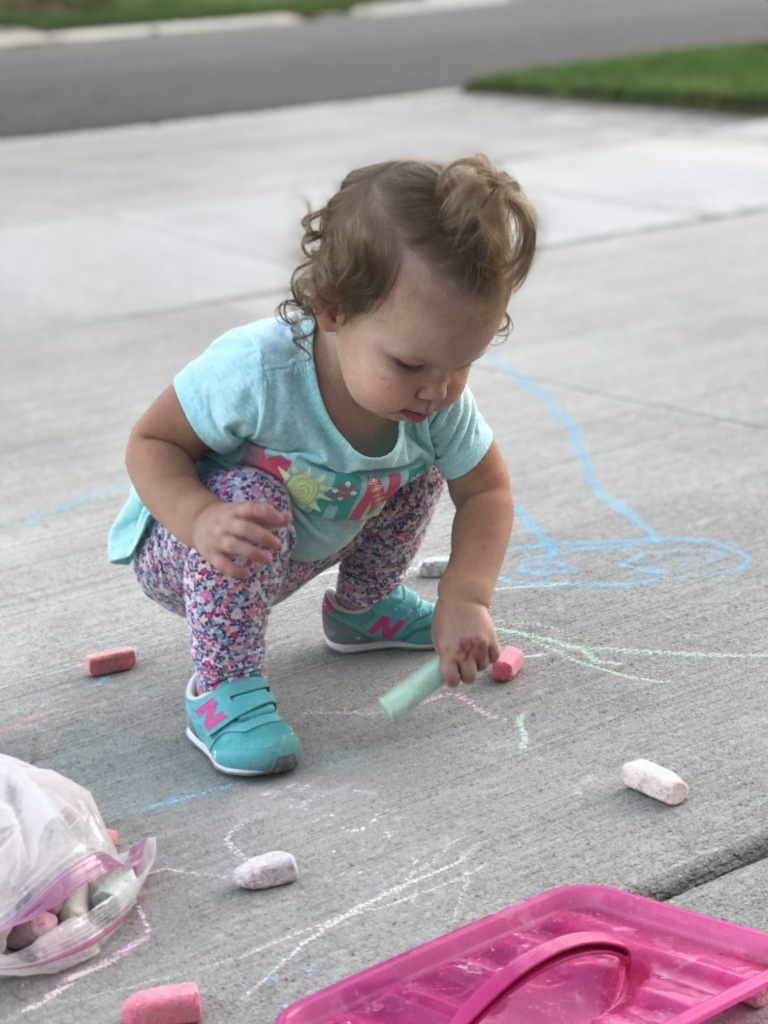 So Emmy has not slept through the night since this whole Hand, Foot, and Mouth illness began. Last night was the worst, and I was awake with her from 1:30-5:40am. She seems to be feeling better, so I’m not sure if she’s transitioned nicely into a sleep regression or what. I made the fatal error of going back to bed for just a little bit and setting my alarm for a little later than usual, and I woke up feeling more tired than I had an hour before! Of course, Lucy woke up early and was ready to party . . . and I felt like I was hungover . . .except without the partying! We cuddled on the couch for a bit while I tried to gather up the energy to empty the dishwasher. 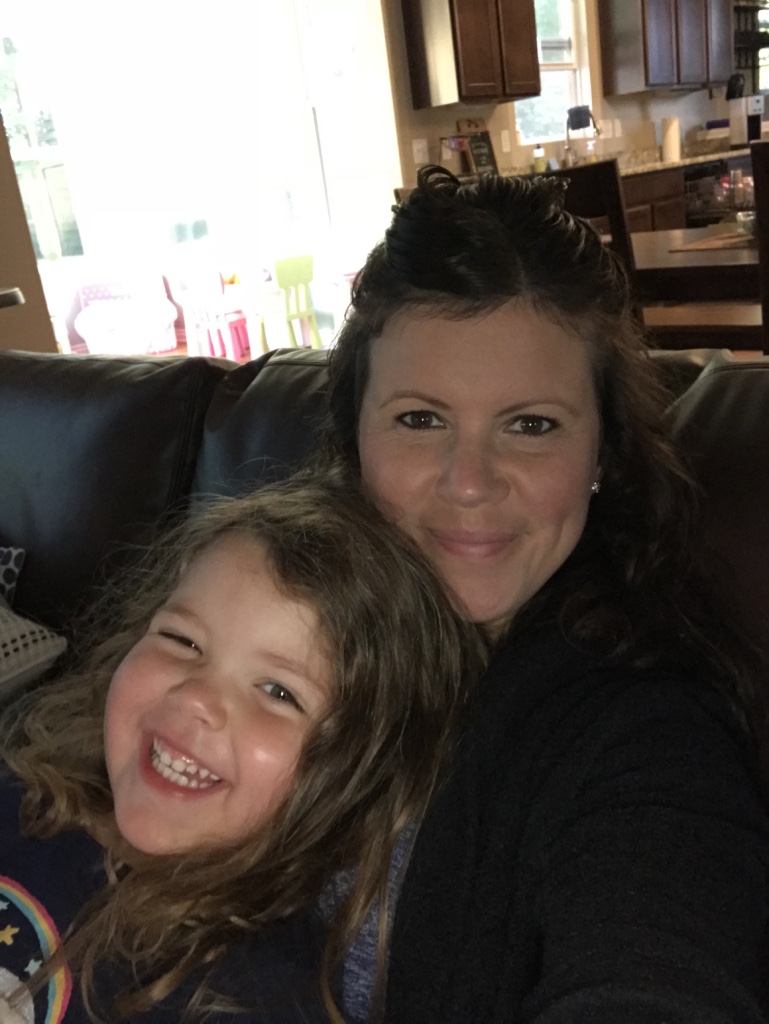 She may not be sleeping well, but she sure was cute at Funtastic yesterday! We went with another friend and had the place to ourselves . . . which is why I love going there on days when it’s nice outside! haha 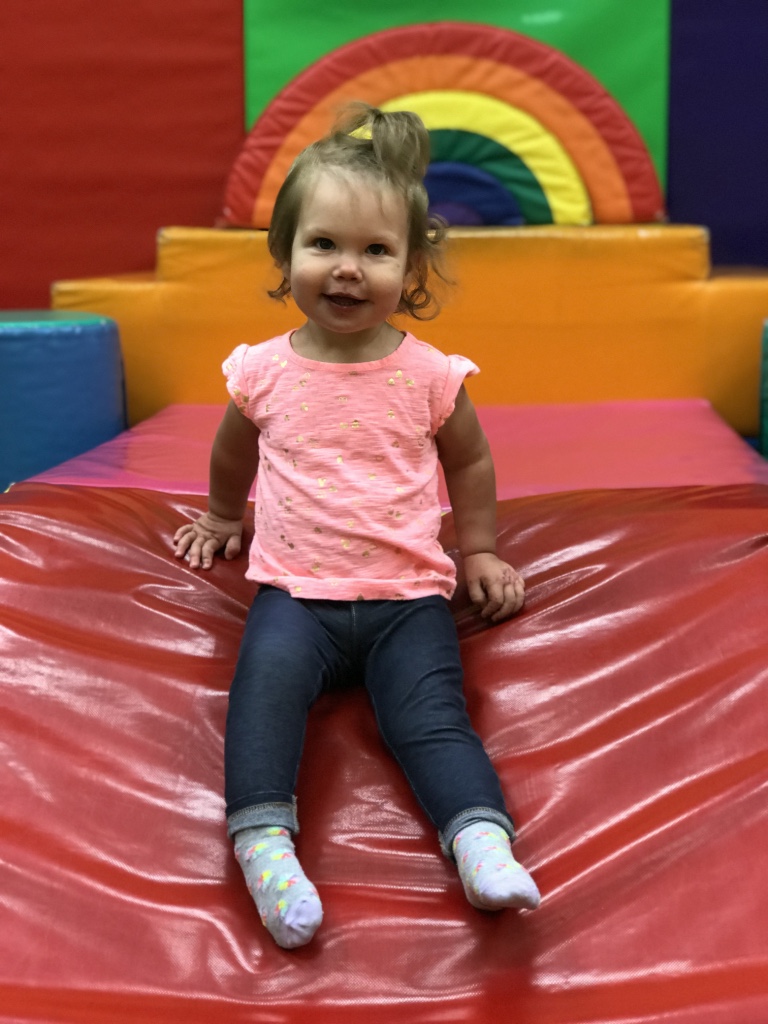 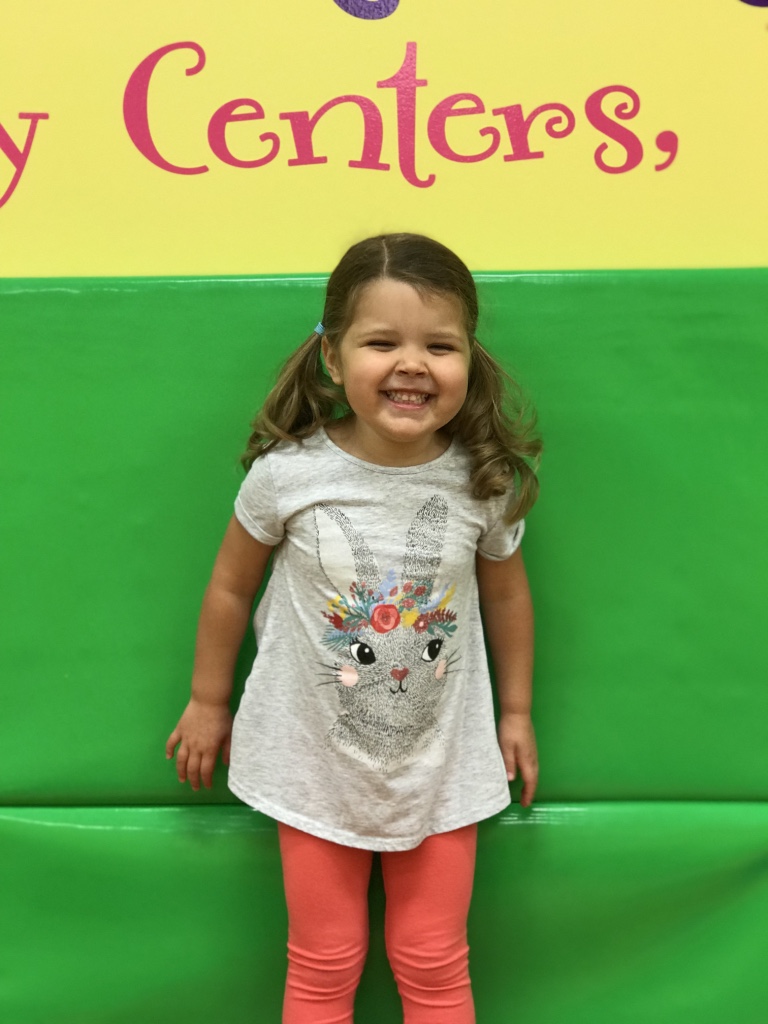 I’ve been trying really hard to lay off the chocolate. I’d been straight for three days, but the lack of sleep and stress over preschool broke me yesterday so we took the girls for ice cream after dinner. I had the most delicious chocolate malt, which turned into a family chocolate malt, of course! 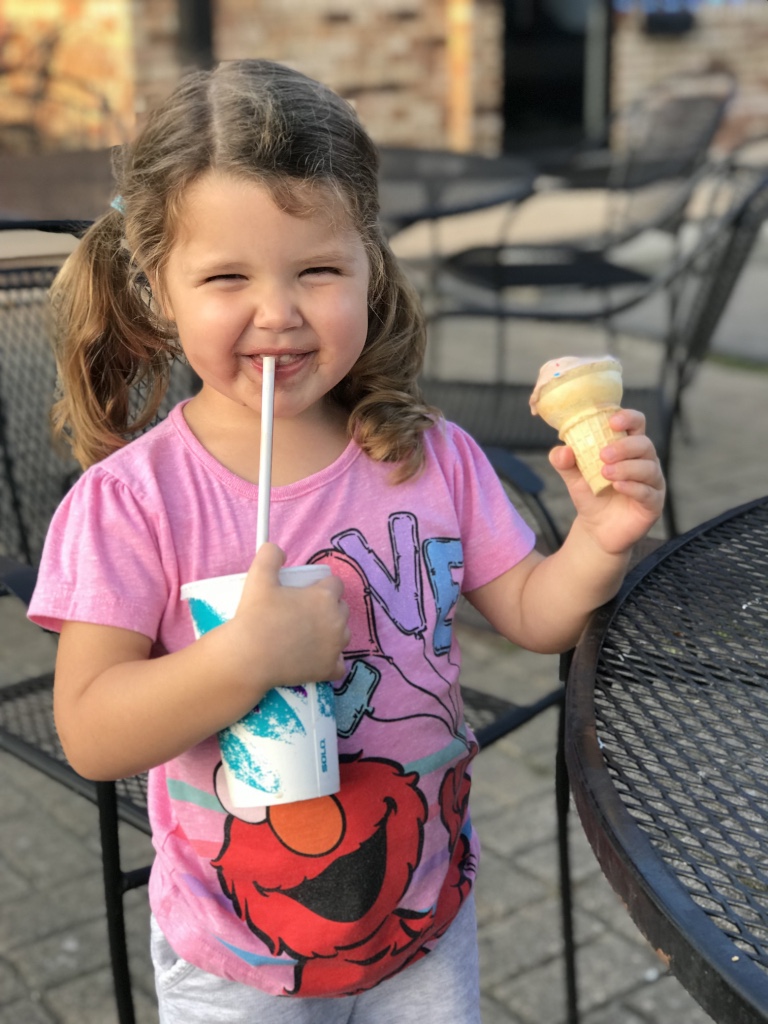 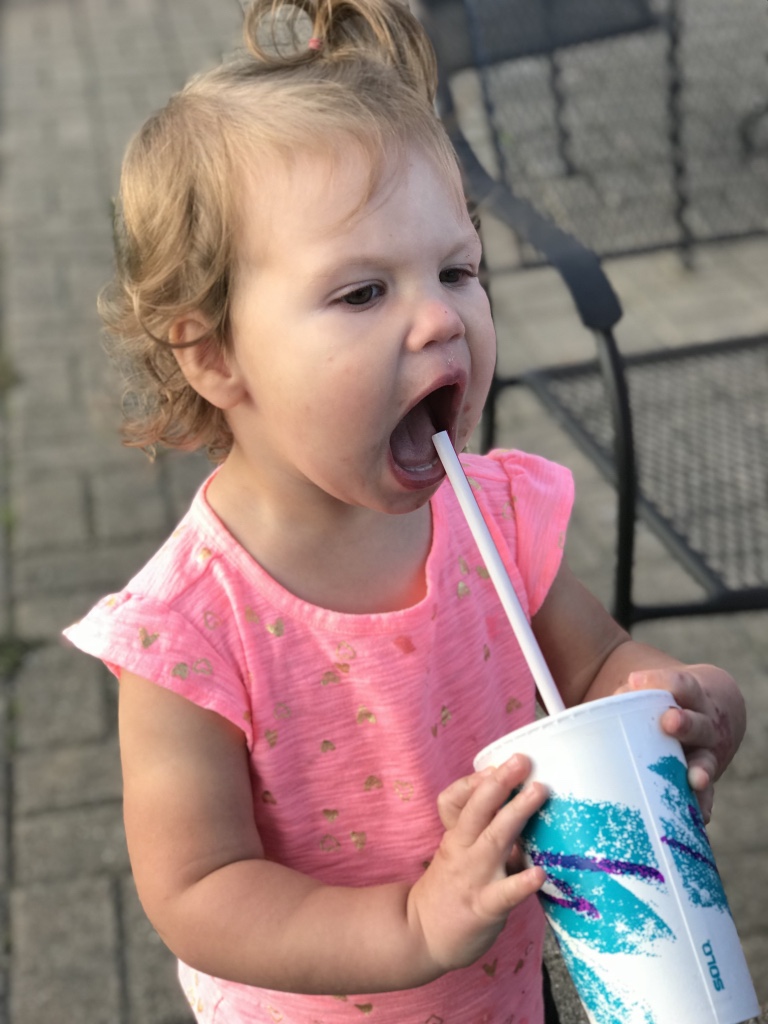 We stopped at the grocery to get some milk on the way home. Matty ran in while I sat in the car with the girls, and Emmy Roses entertained herself by putting sunglasses on upside down. 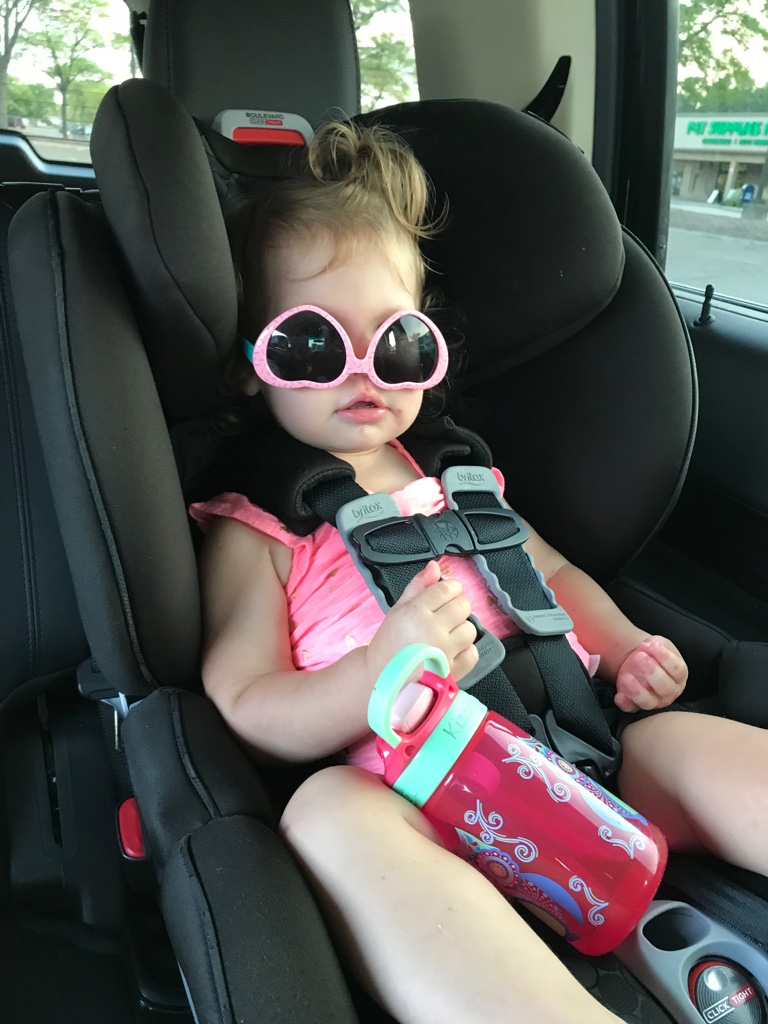 Last night after my shower, I was painting my nails and noticed a little peeping Tom frog on our bathroom window! He cruised back and forth a few times before heading on his way. As long as he doesn’t find his way IN the house, I’m fine with him being there! 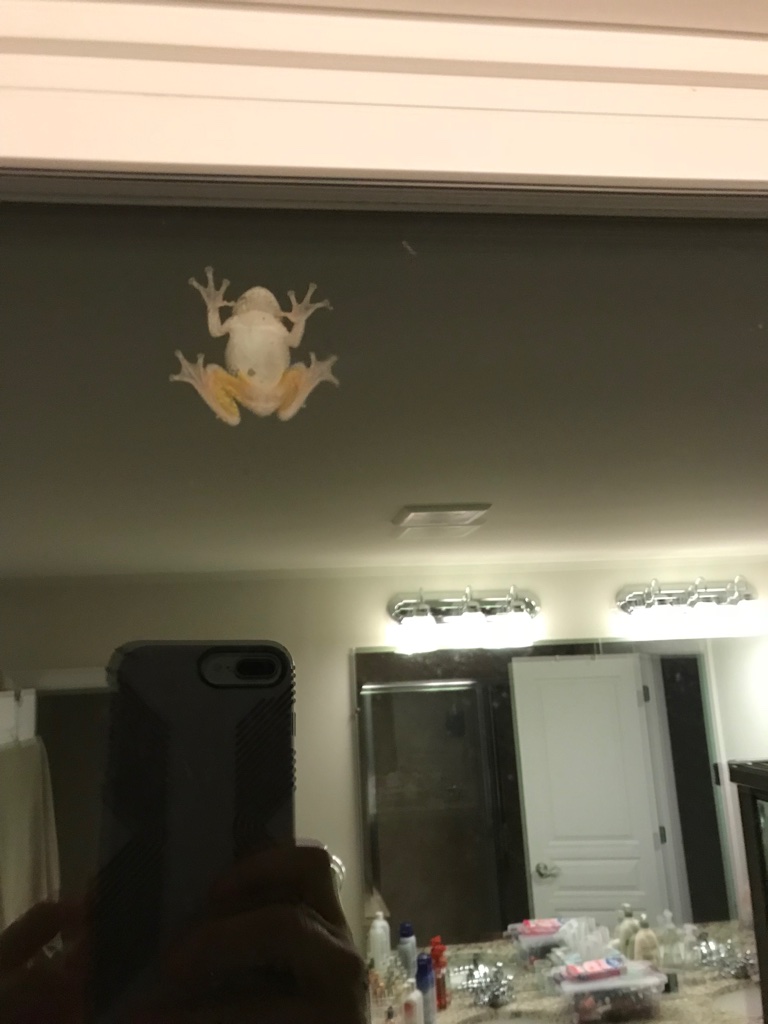 So we have a big day today and then a big weekend ahead of us. Matt’s company picnic is Saturday, and the weather is supposed to be fantastic! And then on Sunday we are celebrating my brother’s 40th birthday!! That seems so crazy to me!
Have a great weekend!
XOXO