Happy Thursday!
As I type this, it’s Wednesday afternoon and we’re about thirty minutes into nap time/rest time. For the fourth day in a row, Emmy hasn’t taken a morning nap and is currently crying in her crib instead of taking her afternoon nap. Lucy has been super clingy and is afraid to have rest time in her room because she won’t know where I am. In light of these recent events, I would like to retract the statement I made in my previous post about owning Daylight Saving Time. Apparently, it’s owning us, it just had a slightly delayed response time.
All in all, though, it’s been a pretty good week. We’ve been busy, which is making it fly by.
I think Snort had a case of the Mondays. 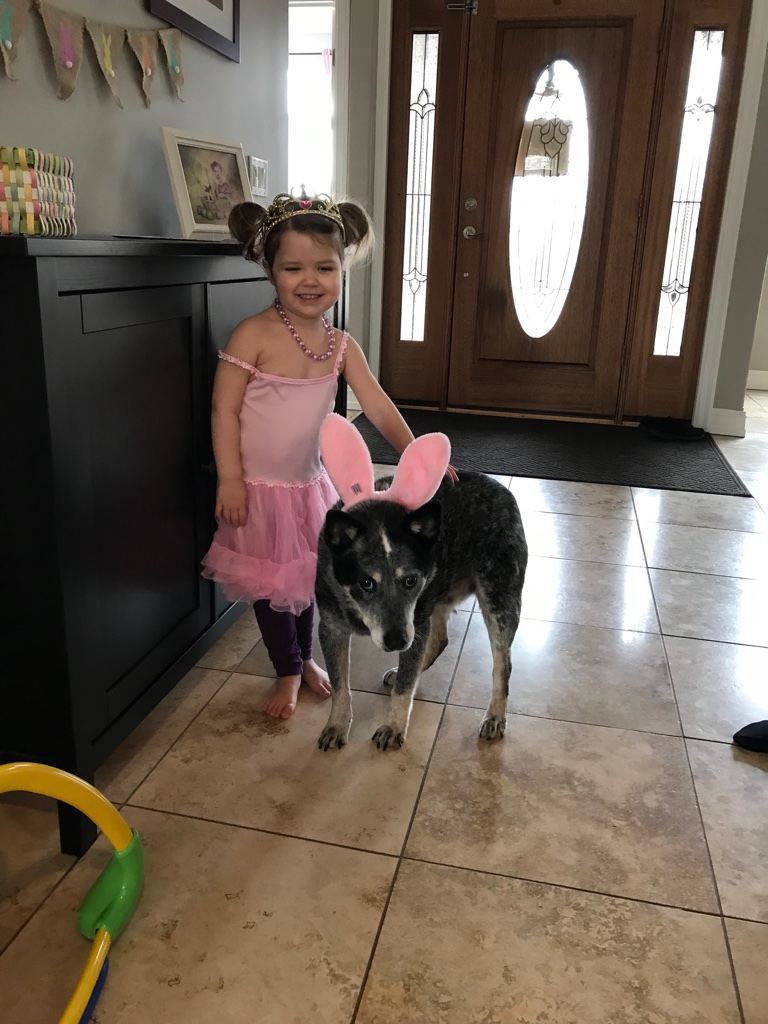 Brian, Tommy, Eleanor, and Grandma Ri all came over to play on Monday morning. 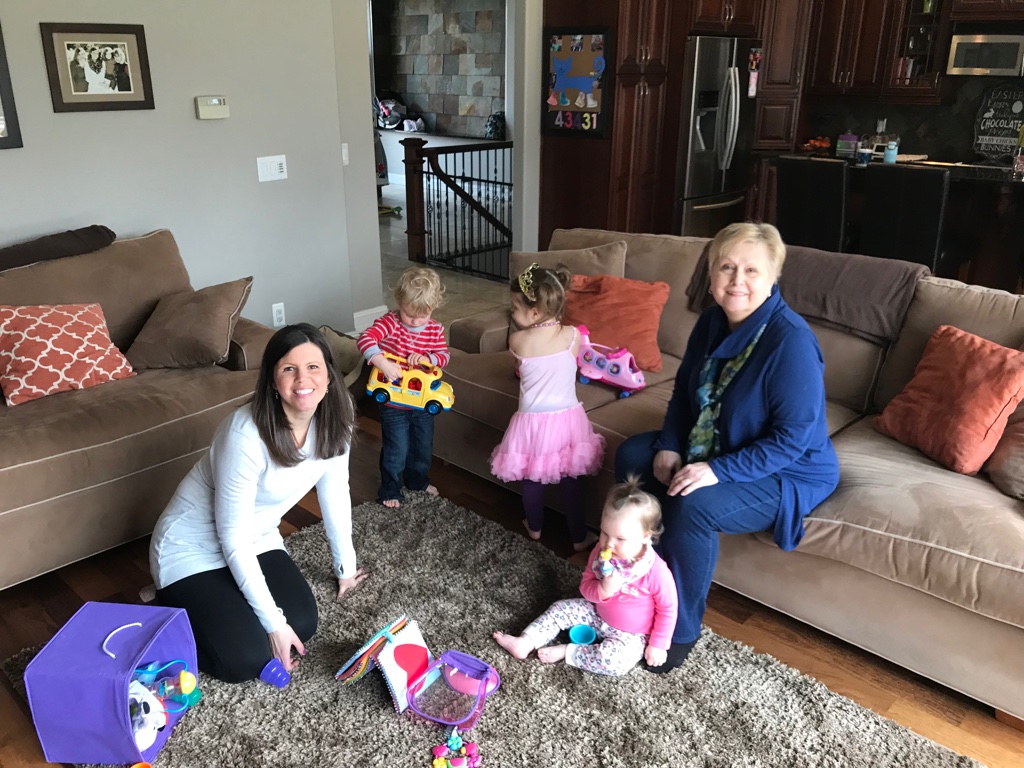 Tommy loved pretending this table was a tunnel. 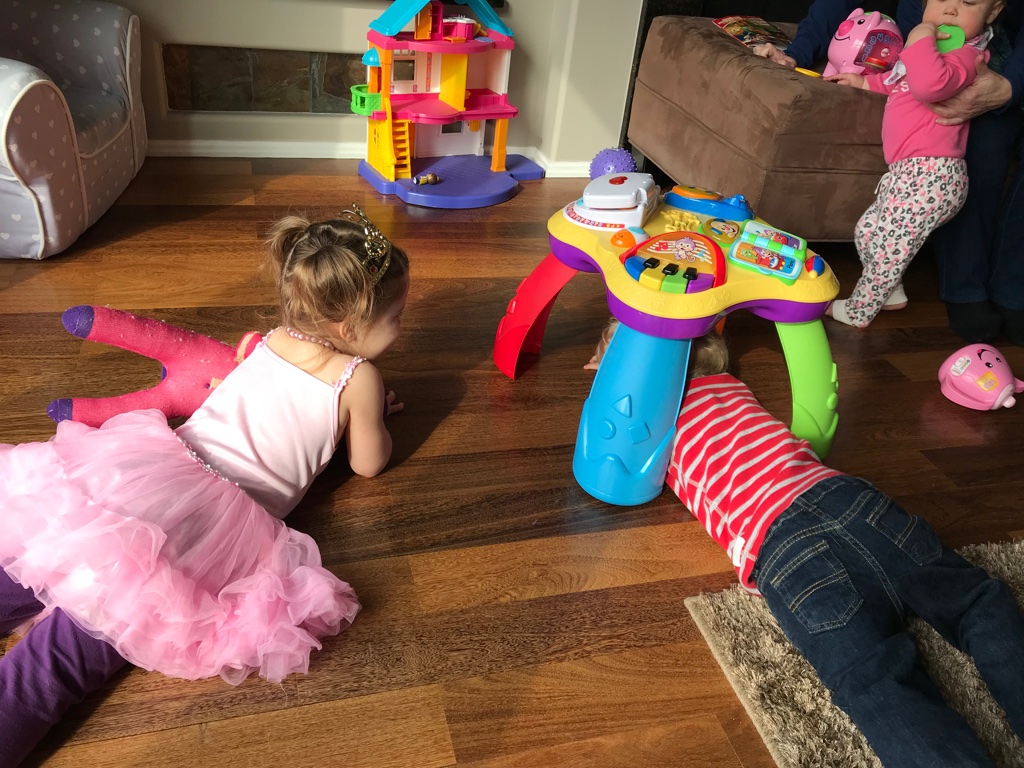 Sweet little Elle . . . and a booty bomb by Emmy in the background. 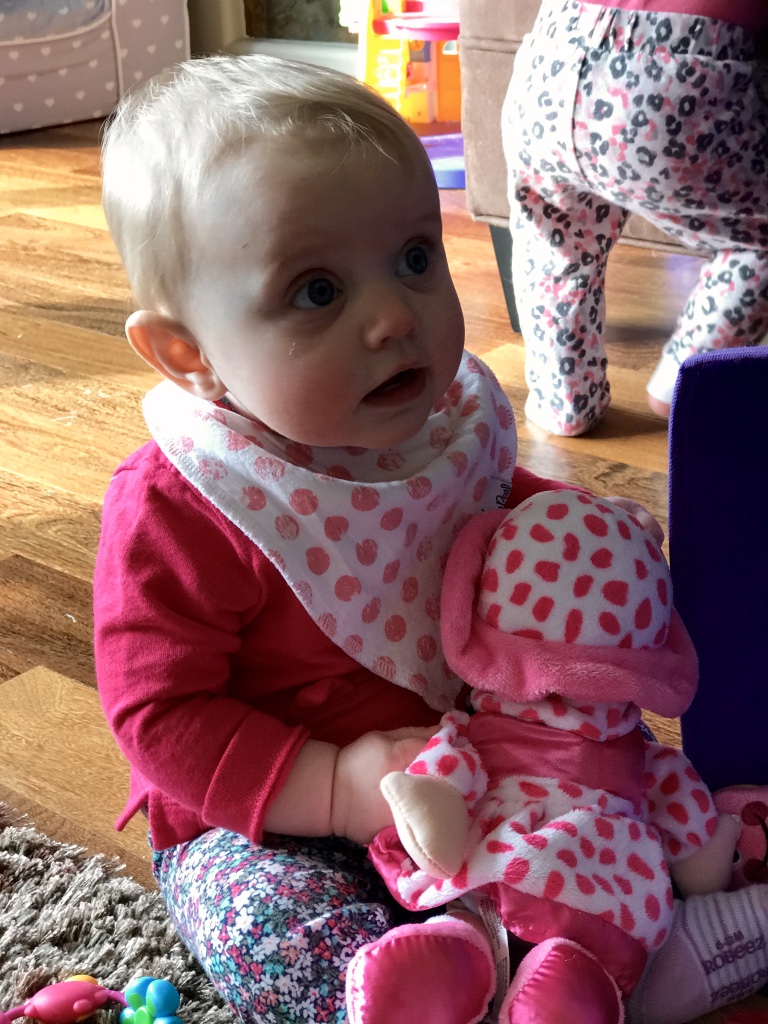 She’ll throw her sister off the chair without a moment of hesitation . . . but all Lucy wanted to do was love on Eleanor! 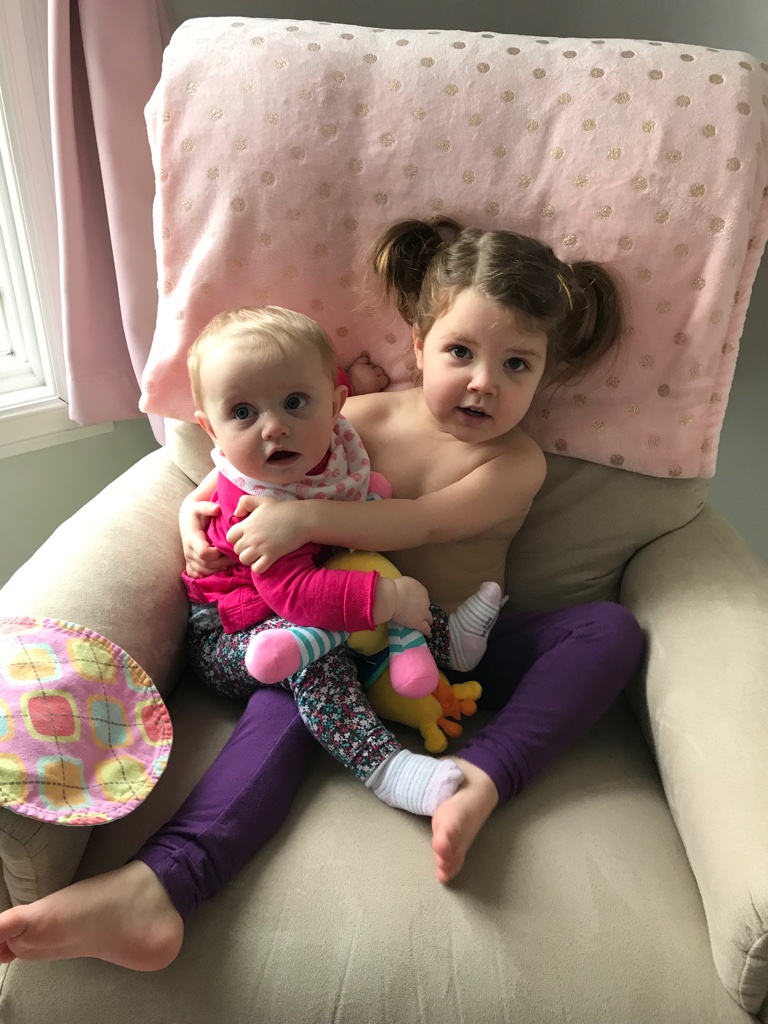 These cuties are only three months apart . . . but many, MANY pounds and inches apart. Also, they share a love for crazy printed pants and Copper Pearl bibs. 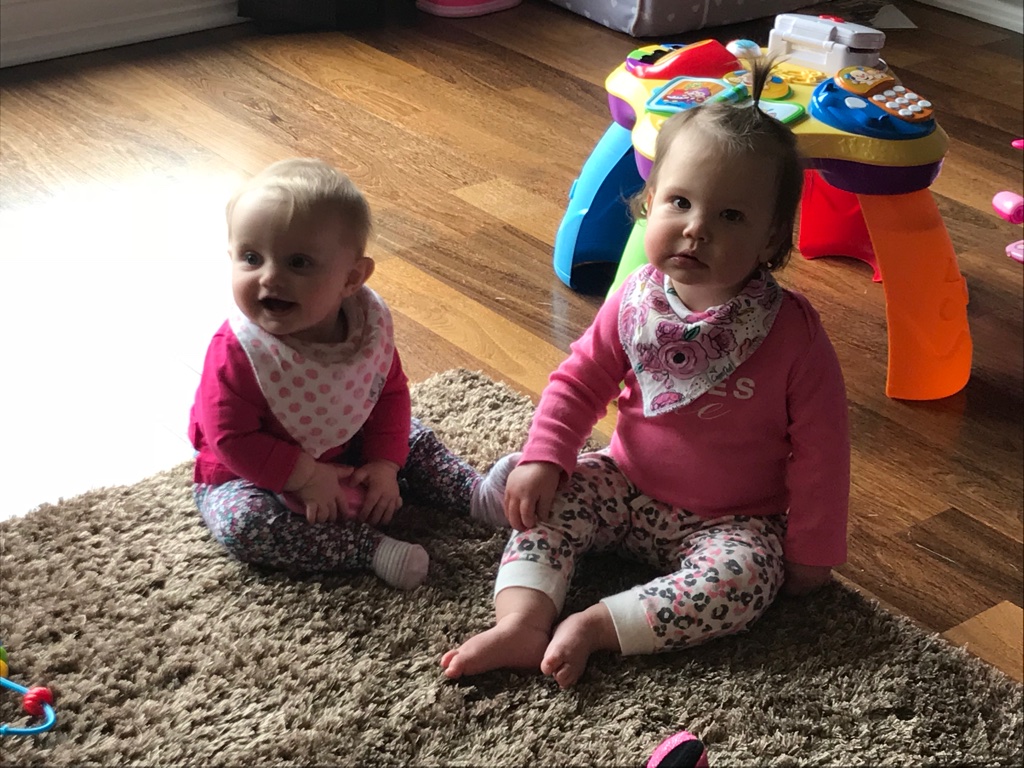 Because Em’s napping is so terrible this week, we had time to do a Target run before Matty got home on Monday. Lucy showed off her muscles by carrying both boxes of diapers into the bedrooms. 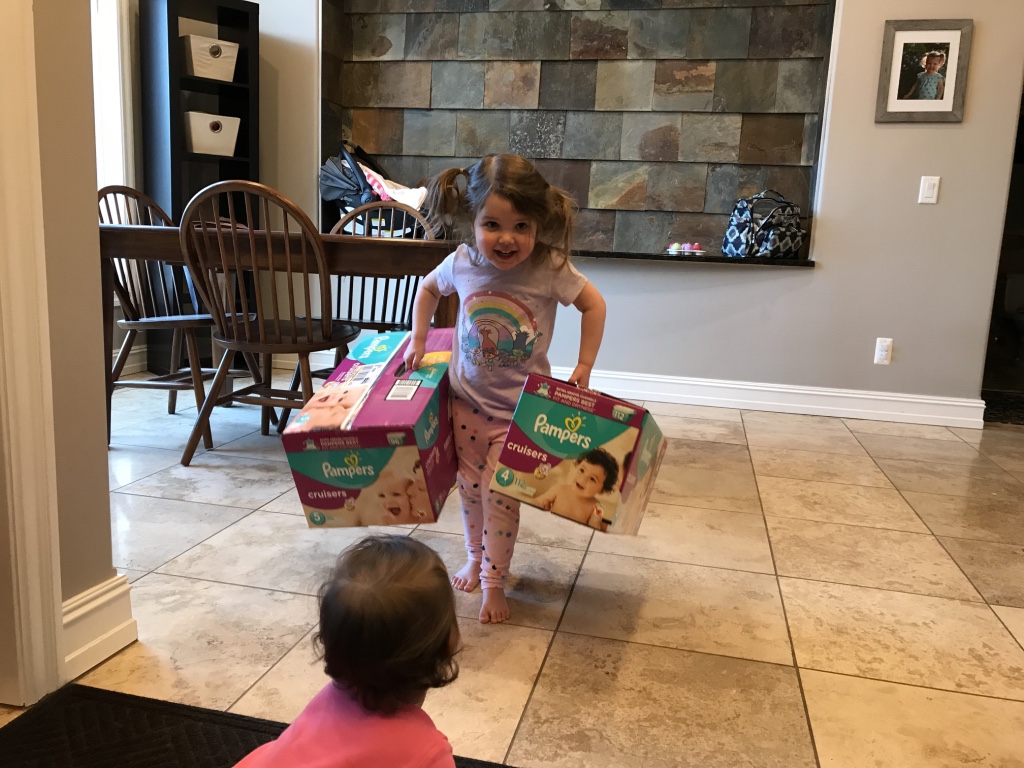 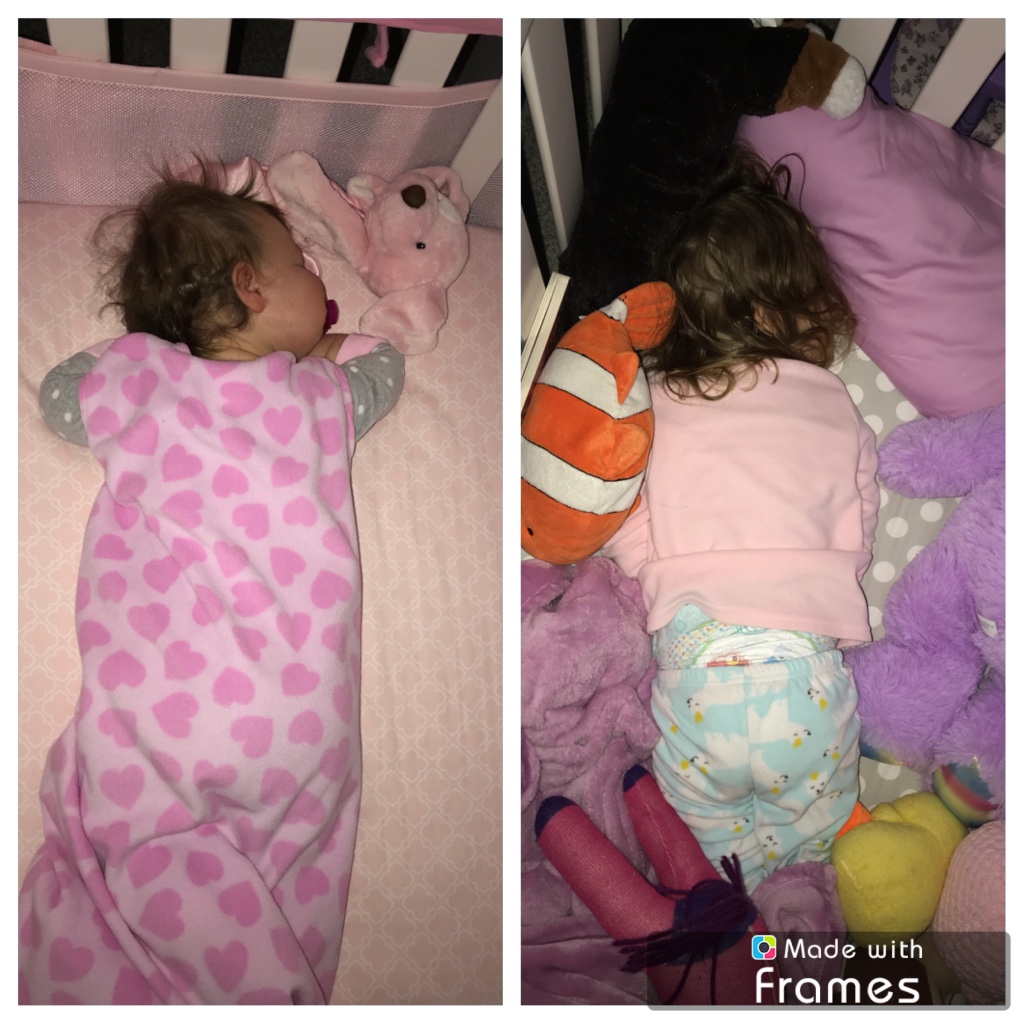 And they both needed a little time to wake up with their milk before facing the day. 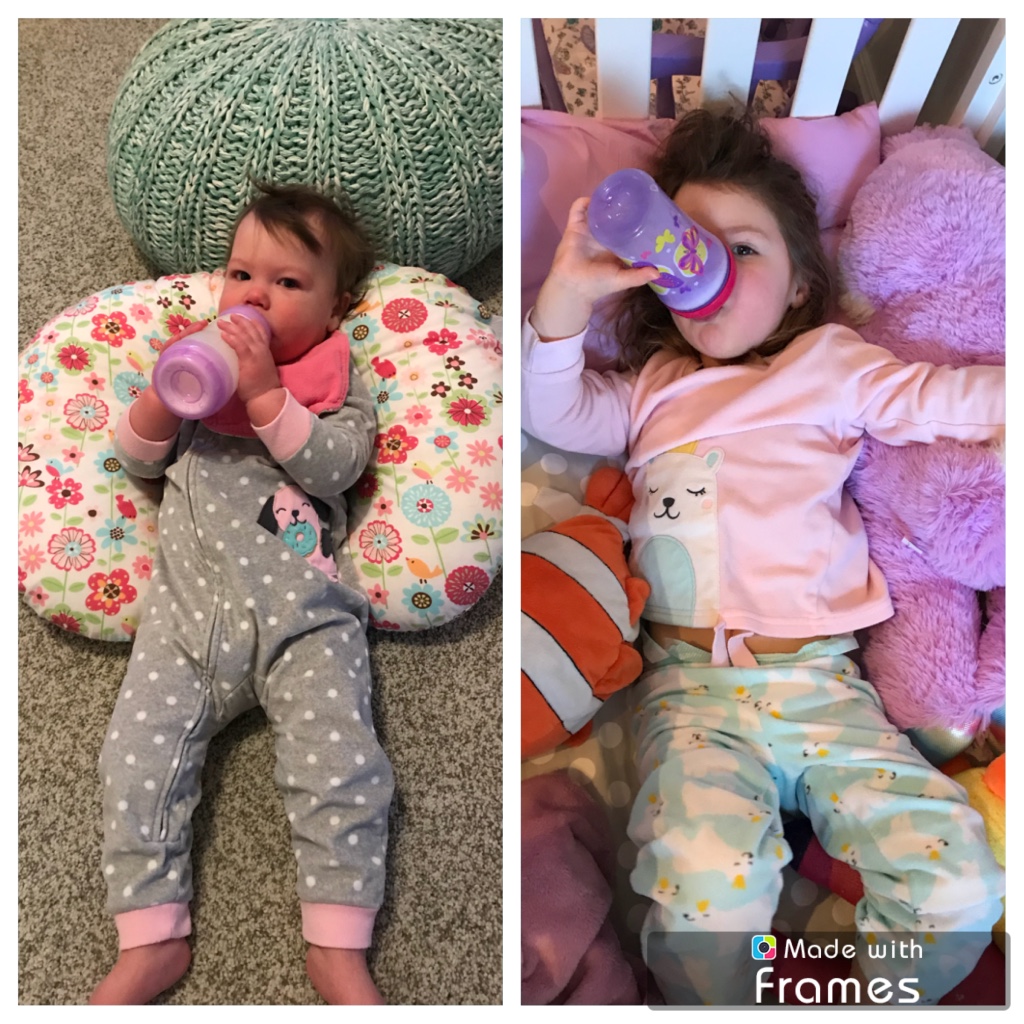 Lucy had a great time at school fishing . . . 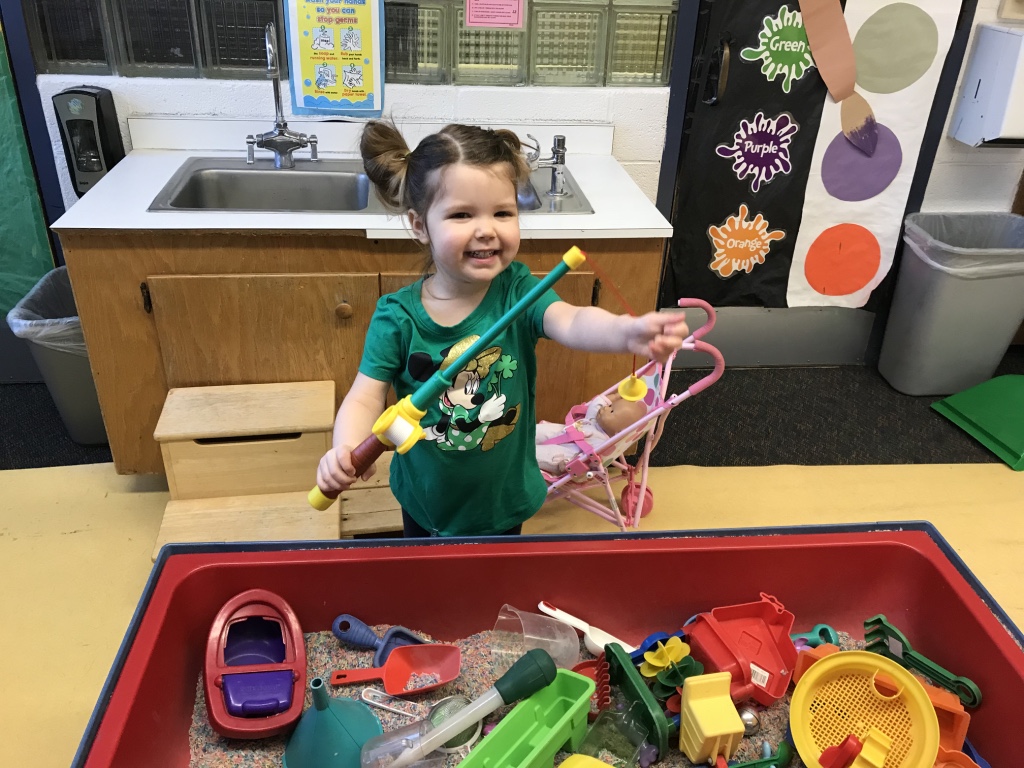 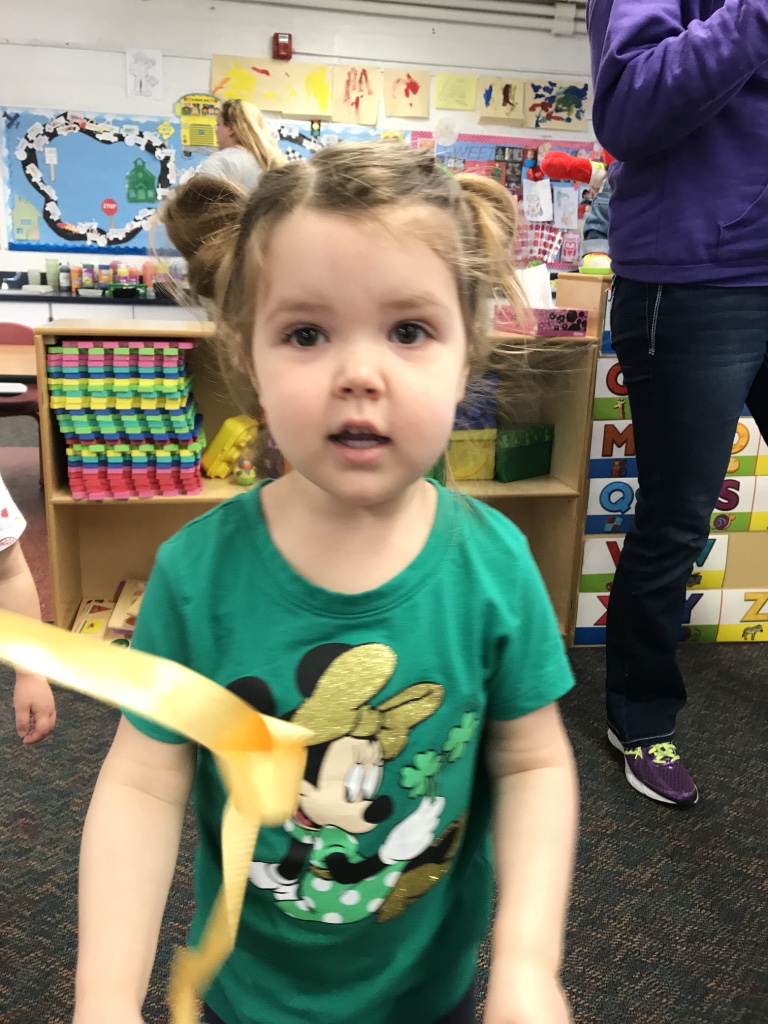 . . . and wearing these glasses! How do I get her a pair of these for dress up?! 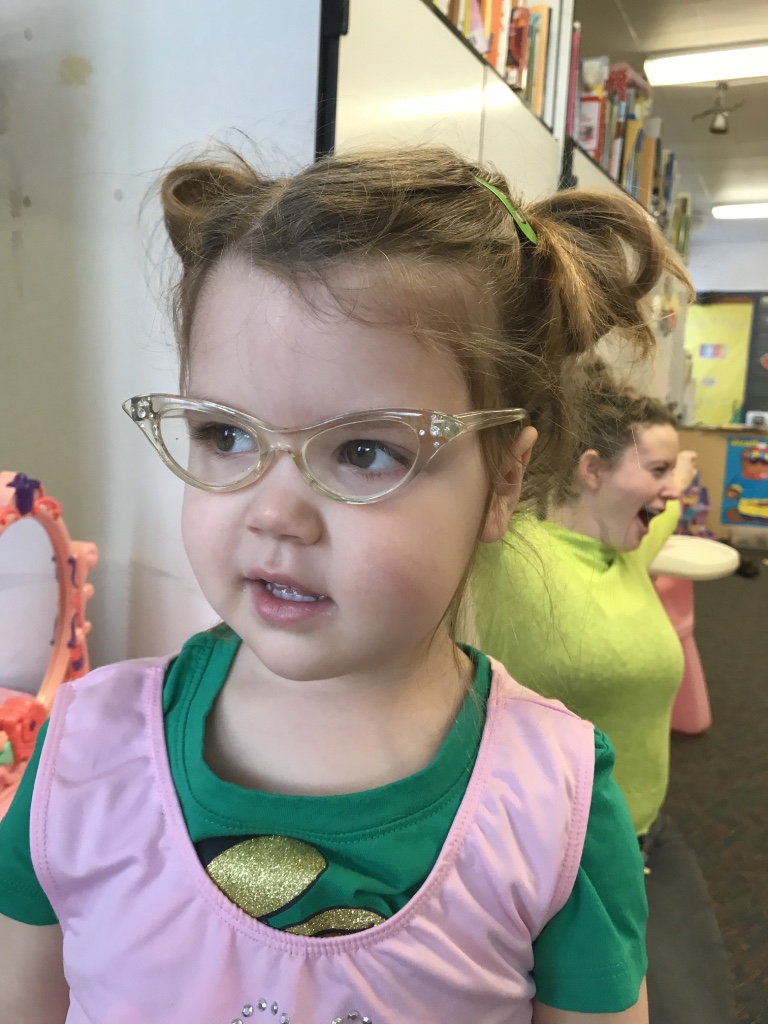 Matty went in to work a few hours late yesterday, and it was awesome to have him home for a bit. Emmy Roses and her glow worm helped him get some work done while Lu was still sleeping. 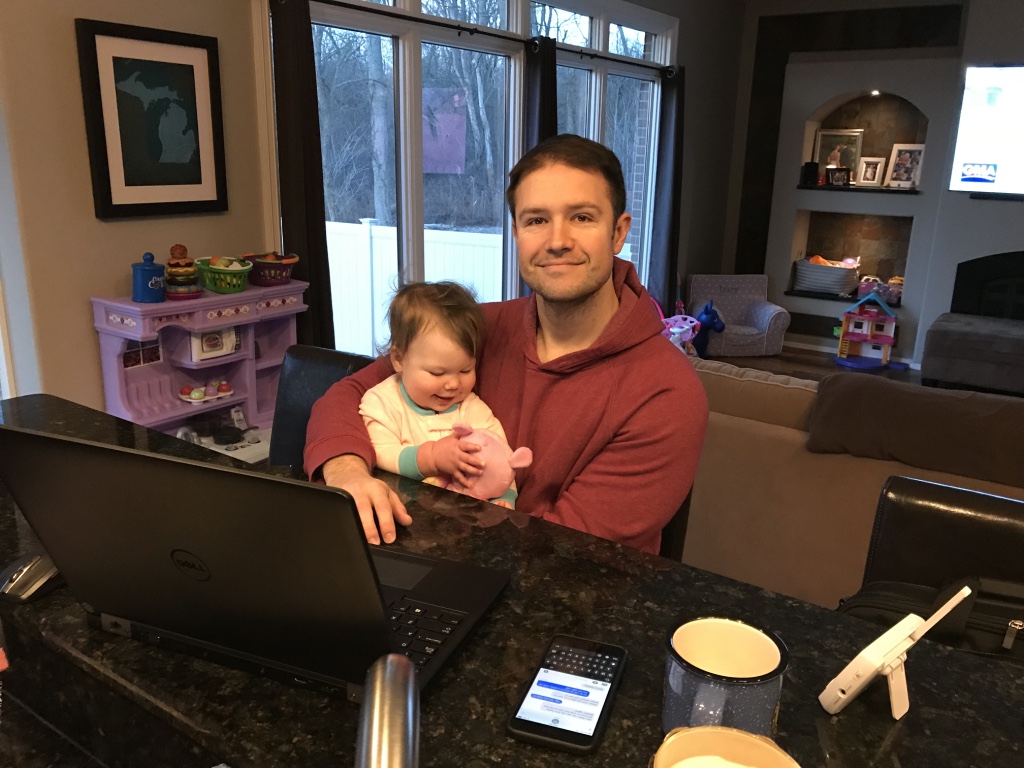 Lucy put her phone in her shirt pocket, “Just like Pop!”
Are my parents the only people in America to still have flip phones? This happened yesterday, and you better believe I’m going to brag about it! 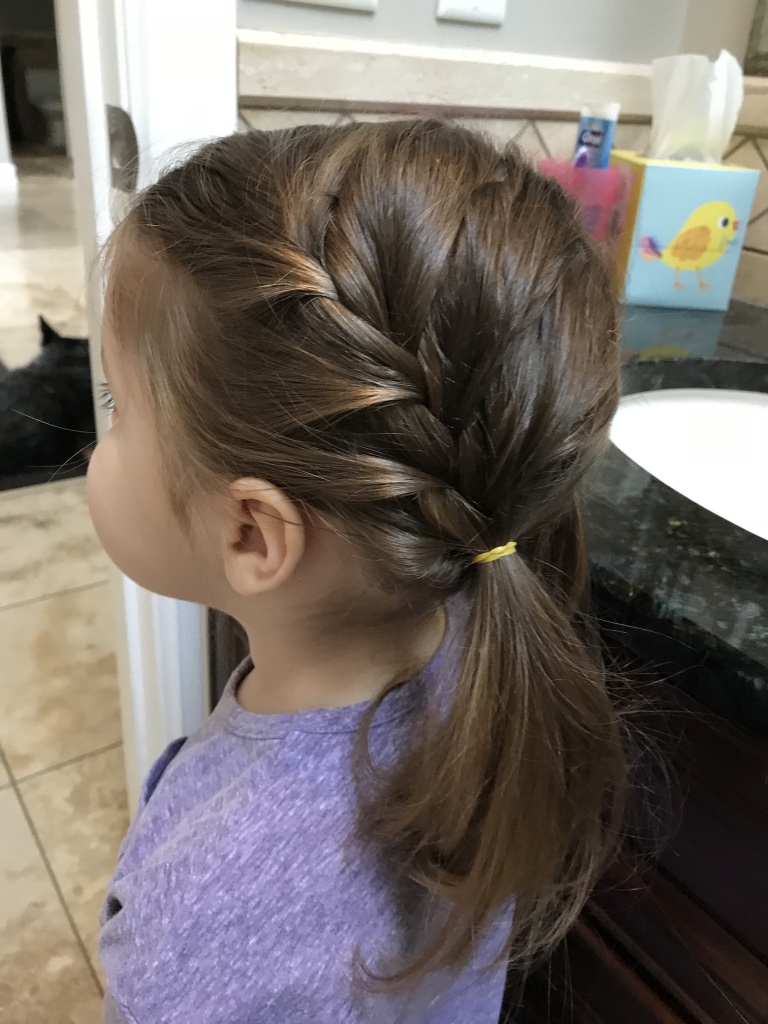 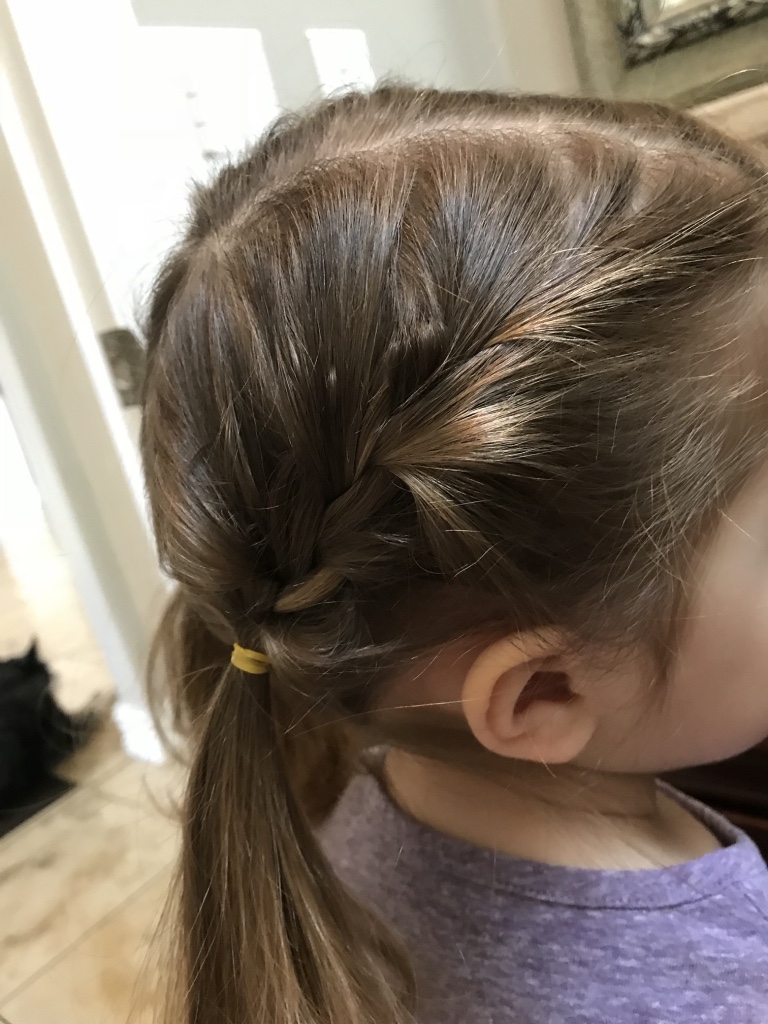 We went to open gym yesterday. This is the first time I’ve brought Emily and not worn her in the carrier. I don’t think I’ll bring her again until she’s a little older, but she sure was cute! 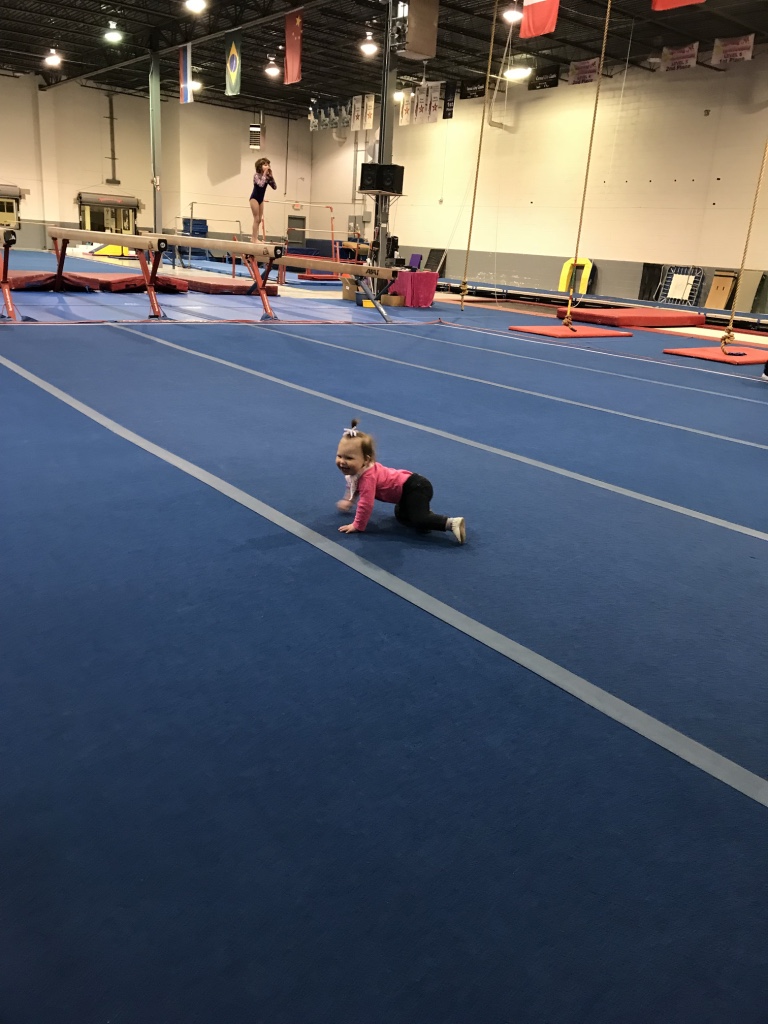 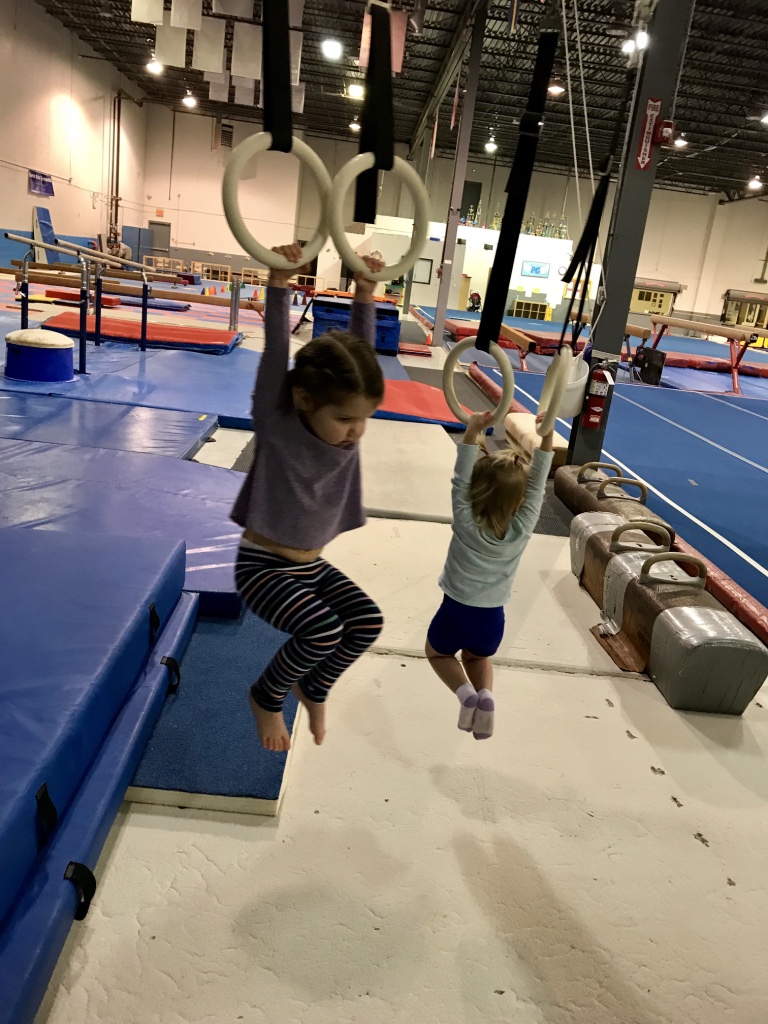 I got down in the pit with the girls while holding Emily, and a largely pregnant Marie stayed up top to help pull them up. We are either super awesome or just need to learn to say no. 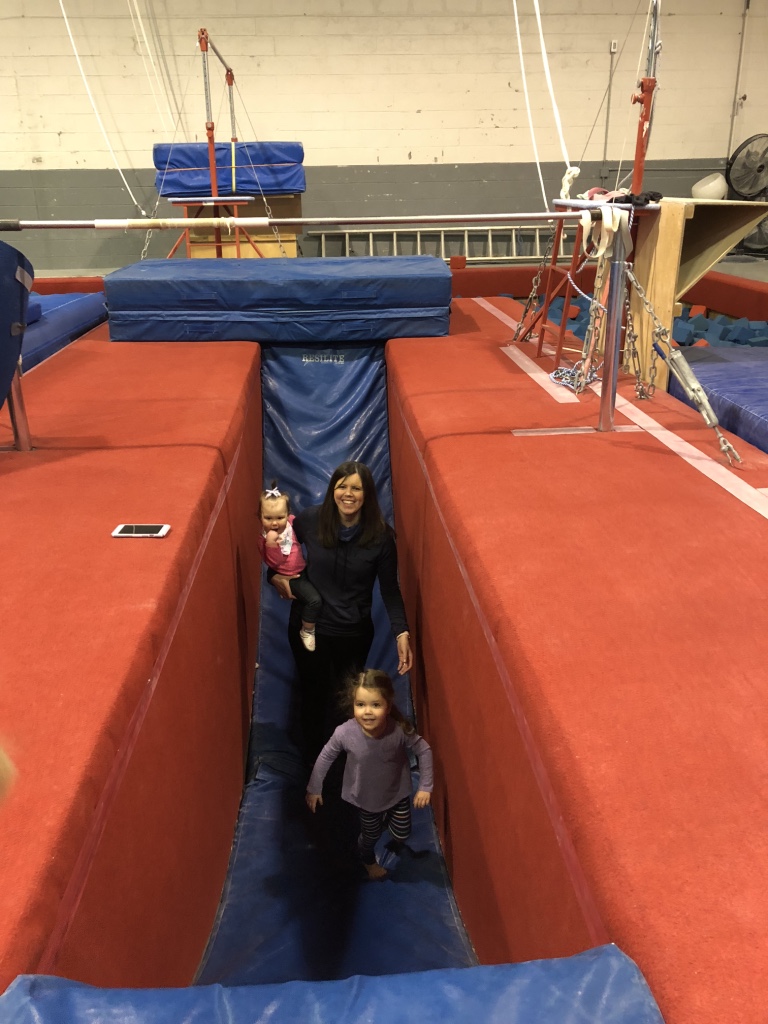 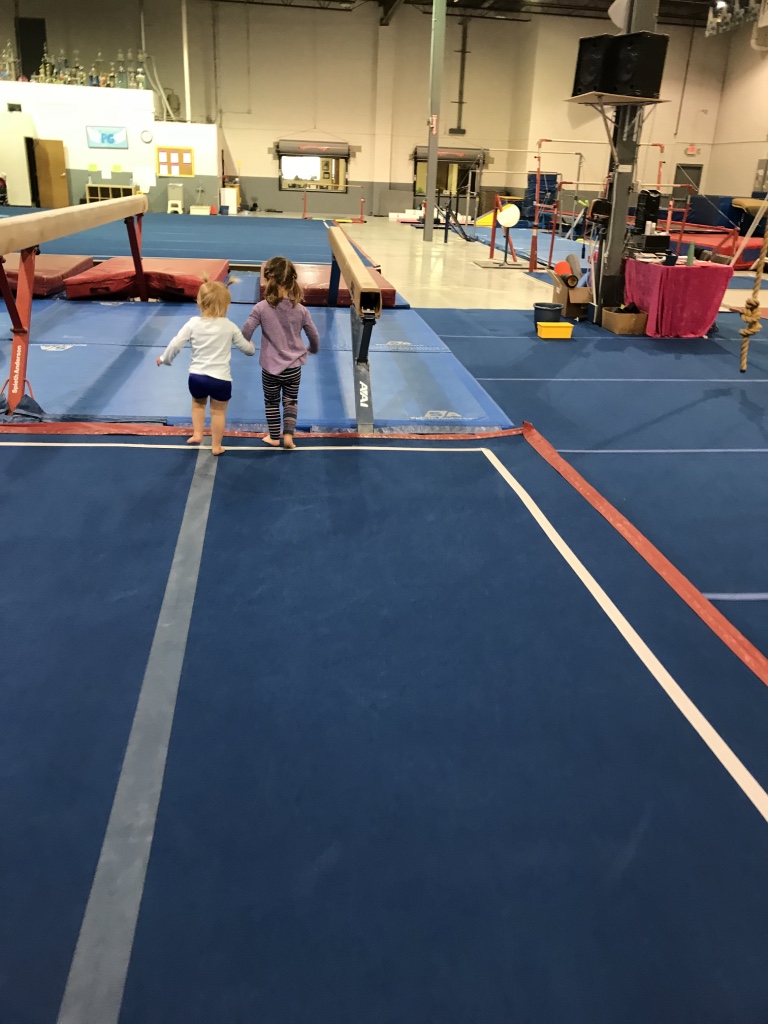 I made a smoothie for myself for lunch and gave some to the girls with theirs. They both loved it. 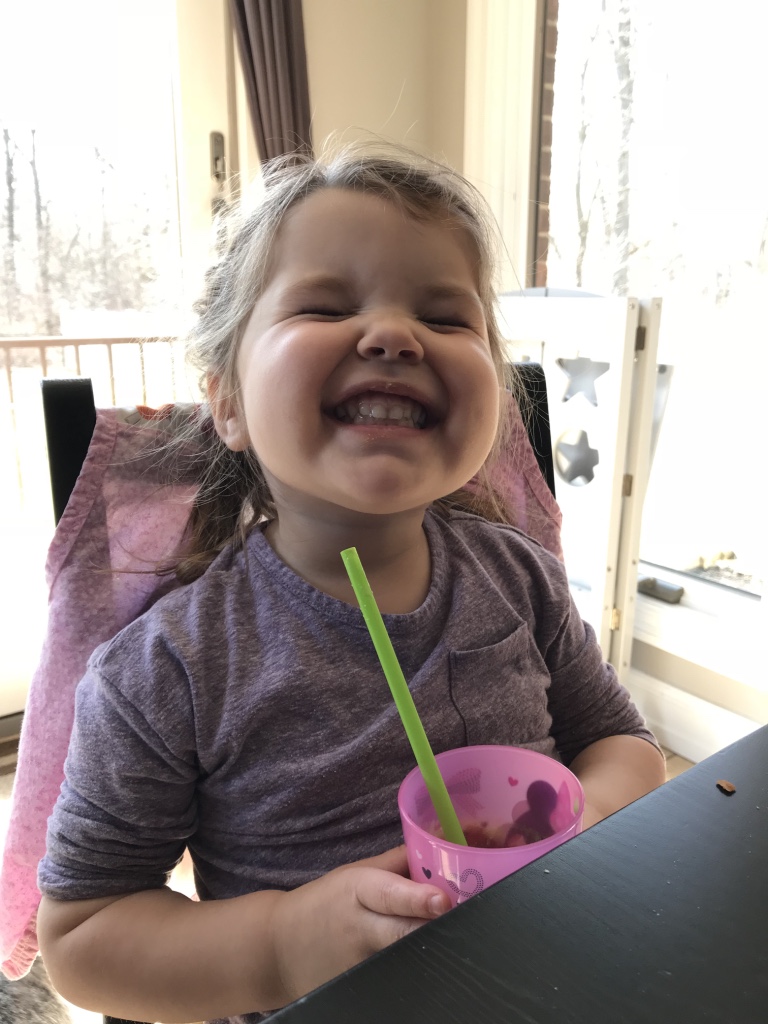 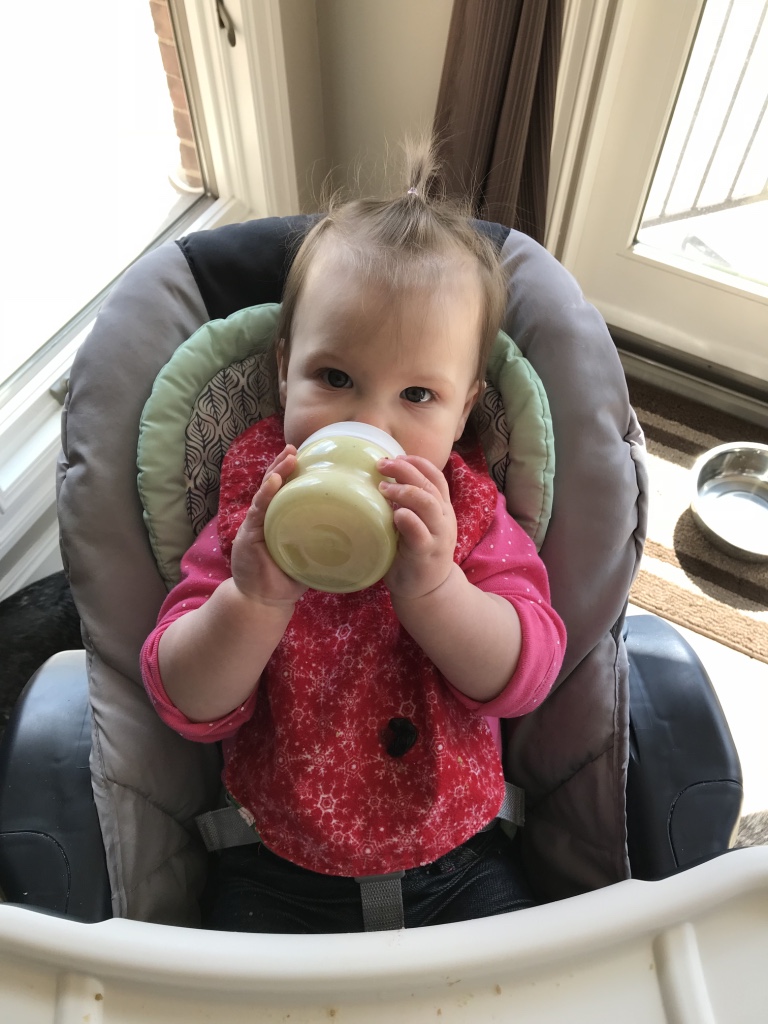 Today we are shopping for spring clothes for the girls (mainly Lucy, though, since Ems has so many hand me downs), and tomorrow we have another Sky Zone playdate. And then on Saturday, we are getting PIZZA for dinner! We’re so pumped because we haven’t ordered pizza in forever. We’ve been talking about it all week. . . we live a very exciting life!
Have a great weekend!
XOXO