I tried a new recipe last week and made a frittata, and every time I say the word I think of Hakuna Matata from the Lion King.
Moving on . . .
If you’ll recall, one of my resolutions was to attempt a new recipe each week. Last week I made an Italian Frittata, and it was a hit! Oh, and super easy, which is a bonus!
For those of you wondering, a frittata is a french omelet. The ingredients are mixed in instead of folded in between the egg, and it’s cooked longer over a lower heat. You learn so much when you actually READ the cookbook!
These are the ingredients I used. I also used a few pieces of spiral cut ham, which I forgot to include in the picture! 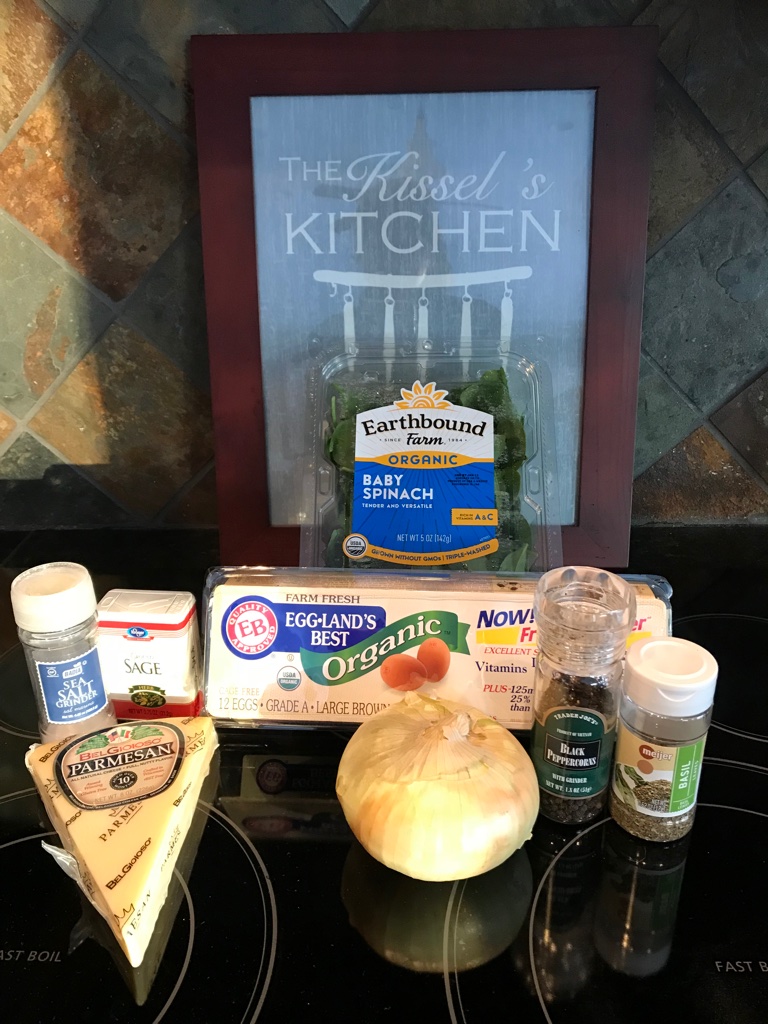 All I did was mix all the ingredients, except for the onion, together. I sauteed the onion for a few minutes, poured the other mixture over the onions, and covered. Easy peasy! 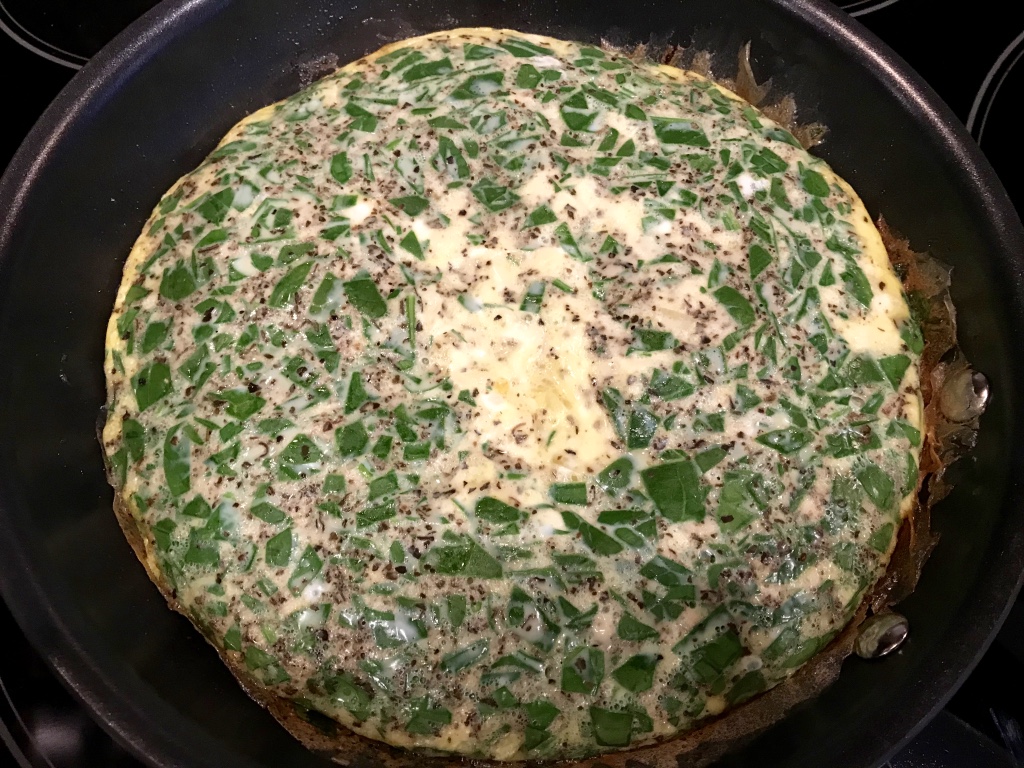 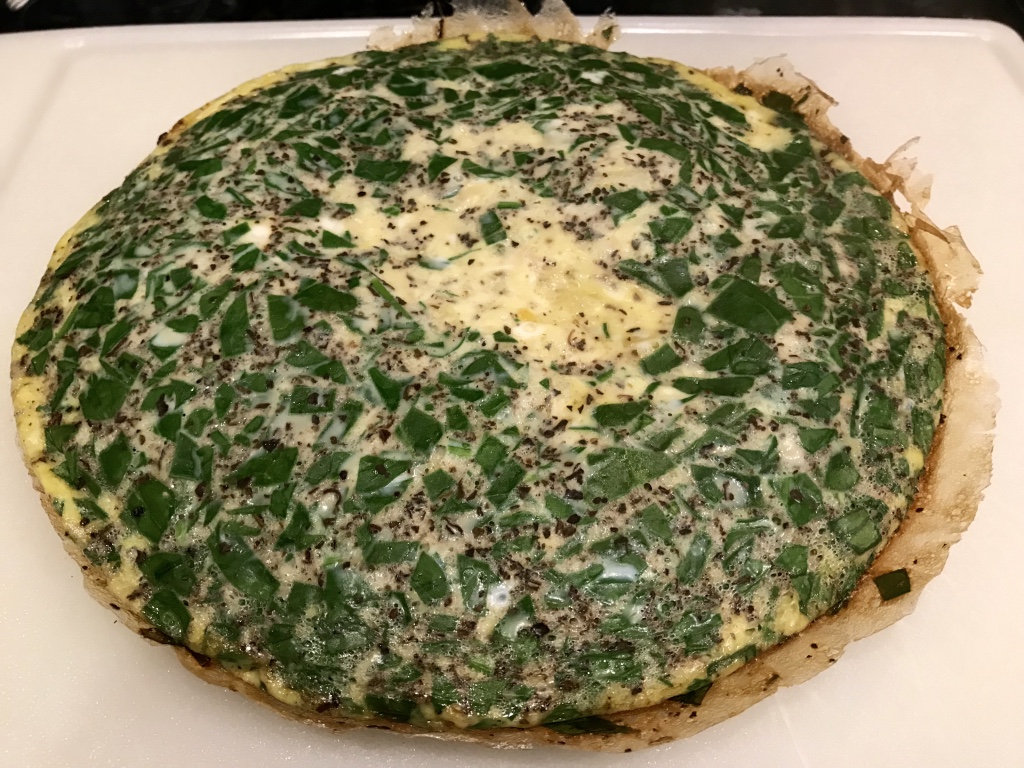 Apparently spinach floats and ham sinks. No big deal, though, it was still yummy! 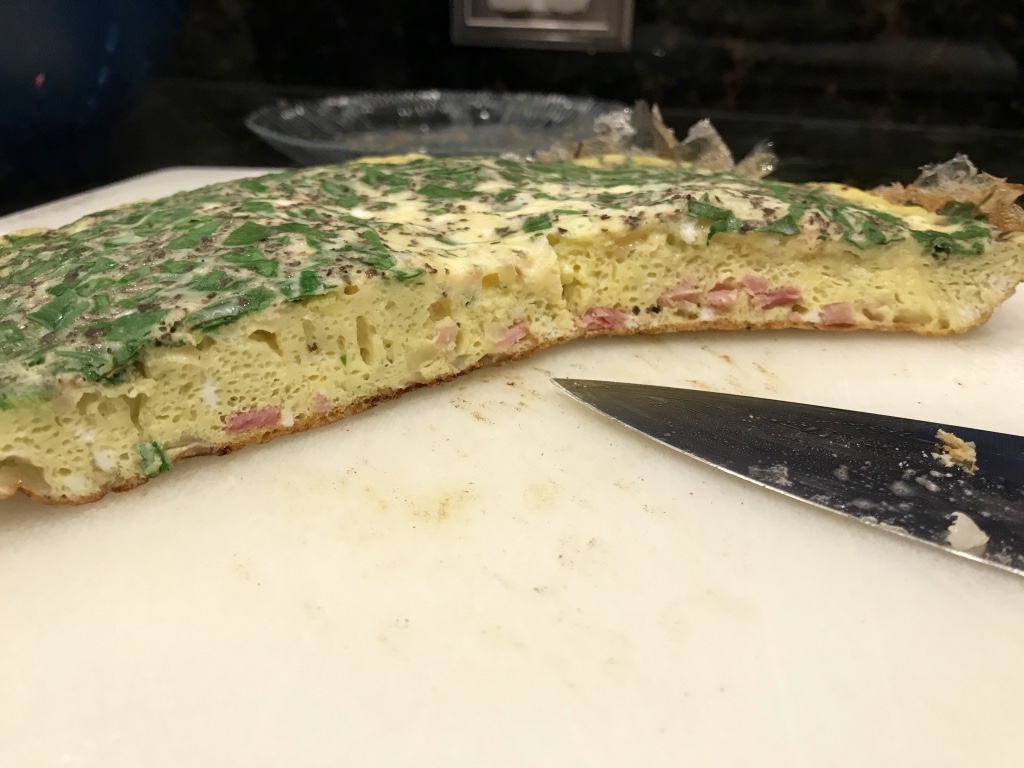 Matty, Emmy, and I loved it. Lucy wouldn’t touch it. Em loved it so much, this is how she felt when it was all gone. 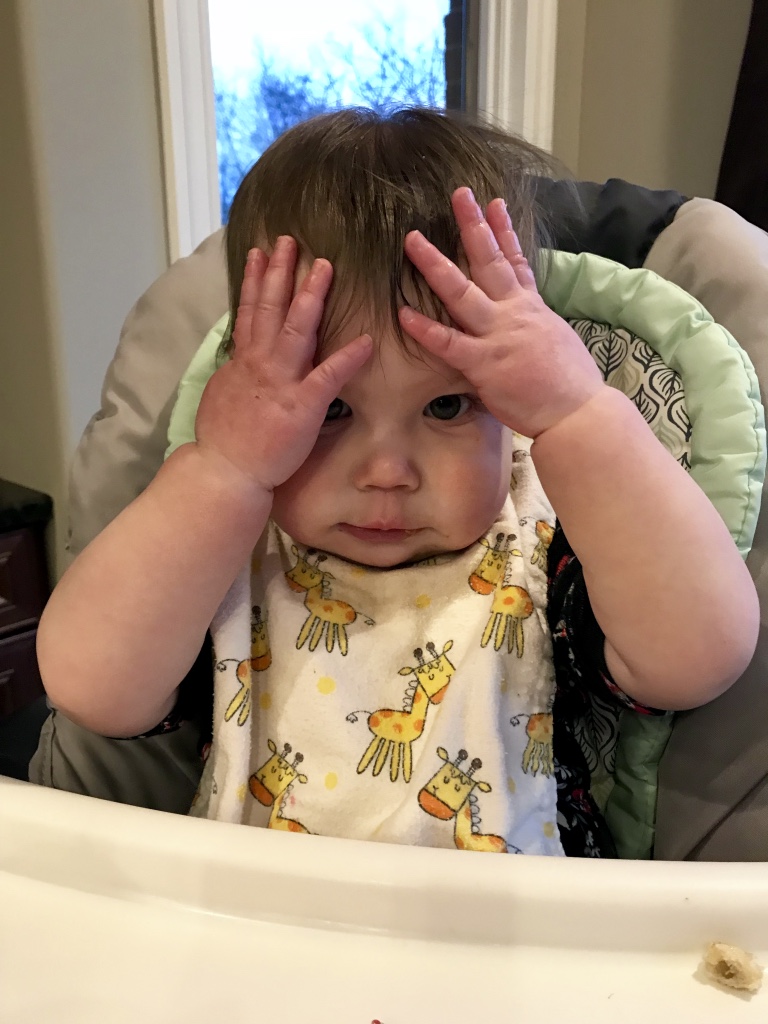 My cookbook said to cook for 9-11 minutes. We cooked it for more like 13-14, and it was great.
There are so many variations on this. You could add sausage, bacon, peppers, or potatoes. It all sounds delicious!
Here’s the recipe I used:
Savory Italian Frittata