Too Frustrated to Blog.
Sorry, friends. I’m not really in the mood to try and recap our weekend right now other than to tell you we had one great day sandwiched between two very trying days.
Ok, so maybe a brief recap because I’m a fast typer, and it might make me feel better.
Lu has been super whiny/clingy these past few weeks, and I keep telling myself it’s just a phase. A looong phase. Thankfully, most of her tantrums have been confined to home . . . until Friday. We were at a play date at a playscape at a local church, and Lucy totally lost it when I had to take a break from playing with her to feed Lucy. Screamed and cried during the entire bottle, which of course took Emmy longer to drink since she was so distracted by everything going on. I know it was just other mamas and their kiddos around, but it was still embarrassing and maddening.
Saturday was a great day because each girl spent the night at a grandma’s house! We had a fantastic time, but I missed them a lot and was so ready to see them on Sunday.
Until we walked into Rita’s house to pick up Lu, and she started a full blown tantrum. And then had another one trying to get in the car. And then a few more at home . . . one of which lasted about 30 minutes and involved her throwing things.  And then Emmy joined in the fun at bedtime by screaming for awhile even while I was rocking her.
I know I’m not really a terrible mama, but it sure felt like it this weekend. Especially when my first reaction to her tantrums is to want to smack her instead of console her. (I wouldn’t ever do it, but having that feeling doesn’t exactly make me mother of the year material!)
So all of that, combined with the fact that I’ve been up since 4:30am (thank you very much Daylight Saving Time/overactive brain/too excited about being able to sleep in to actually sleep in) leaves me not in the most positive of moods right now. Maybe I’ll try again tomorrow night.
But, because you’ve been so kind as to stick it out until the end of my rant, here are a few cute pictures of Emmy Roses. She went with me to Meijer on Friday night and was a hit in her owl hat. 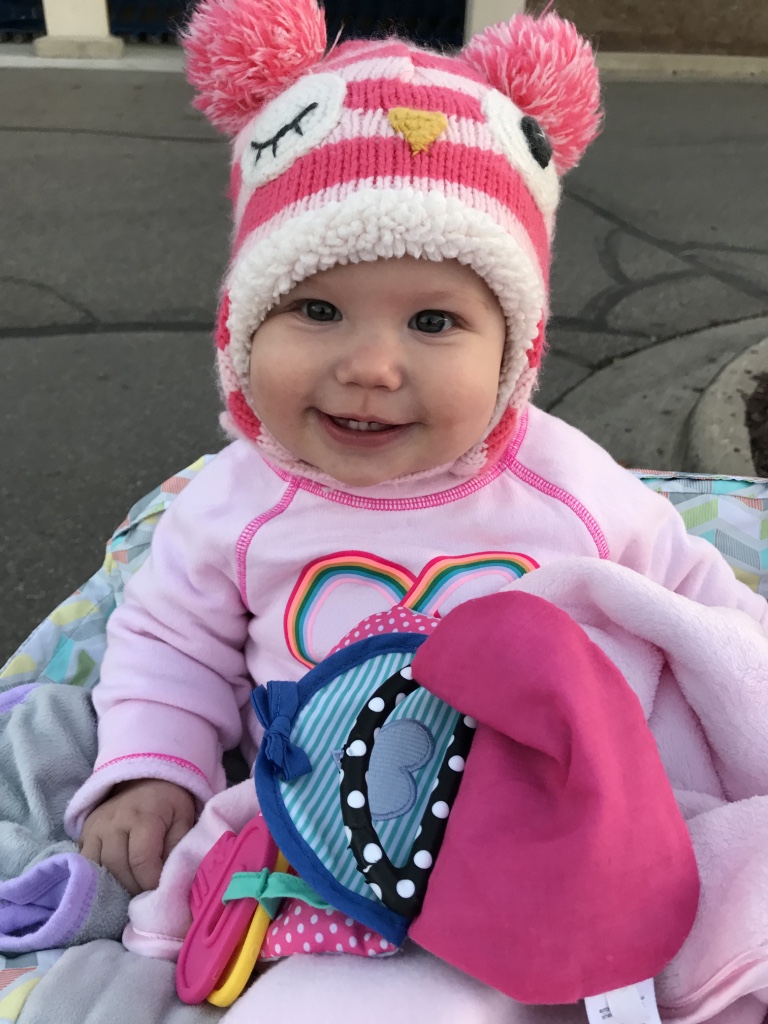 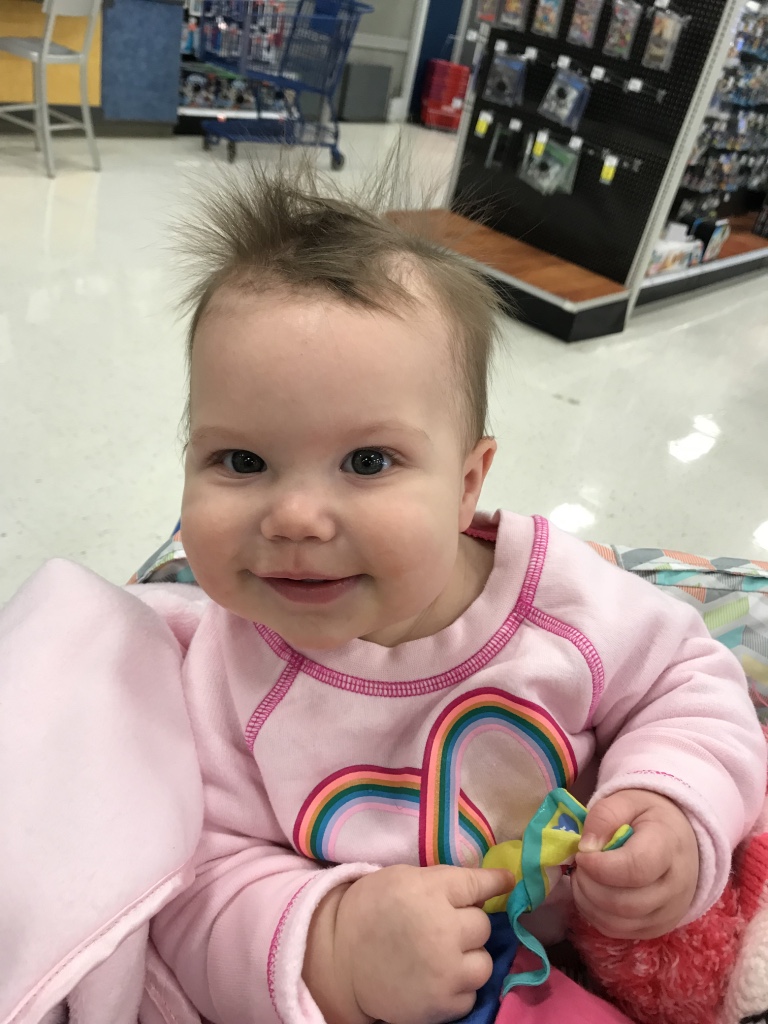 Hope you had a good weekend.
Hopefully I’ll be back tomorrow with a more positive outlook on my parenting skills.
XOXO