Well, it’s not even been a week of cold, rainy weather, and it’s already crystal clear that I’m going to have to find more structured activities for the girls and me over the winter. I think a return to Kindermusik is inevitable because we will most definitely need something to look forward to.
Why are all three of them up at 6:00am?? 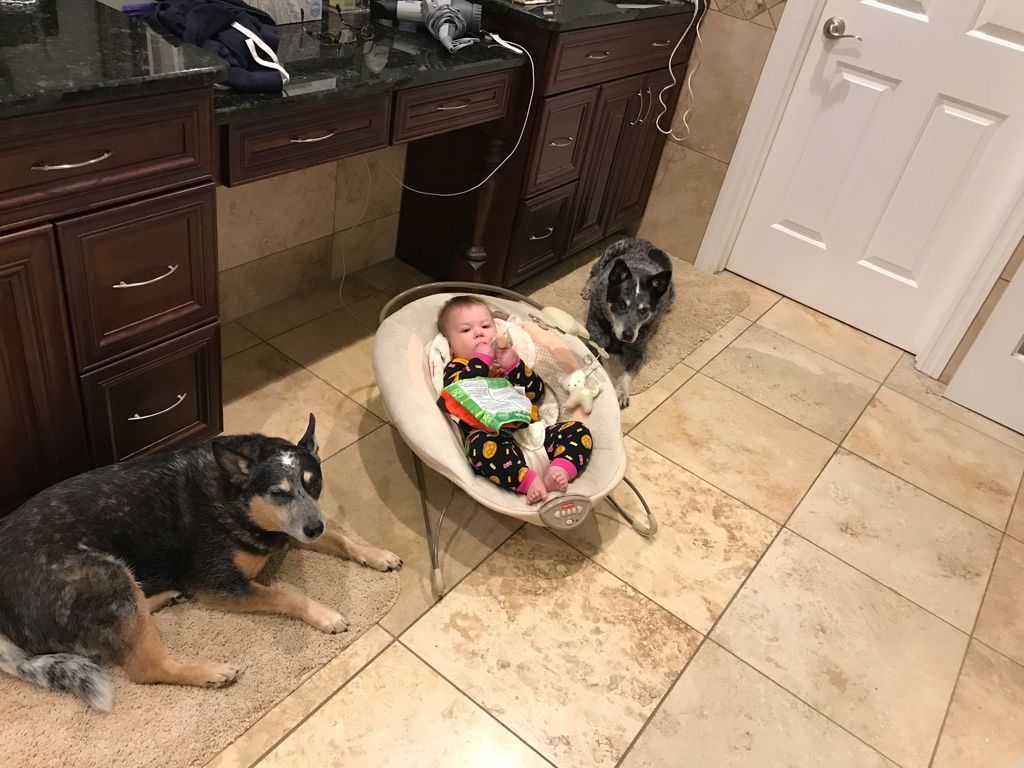 Looks like LuLu has it covered. I’ll just be on the couch reading a magazine. #yeahright
Speaking of magazines . . . I need to figure out how to get back in to reading mine. I’ve given up all subscriptions except for US Weekly. Really, though, it should be called US BiMonthly because that’s about how often I remember/get the chance to sit down and catch up on them. 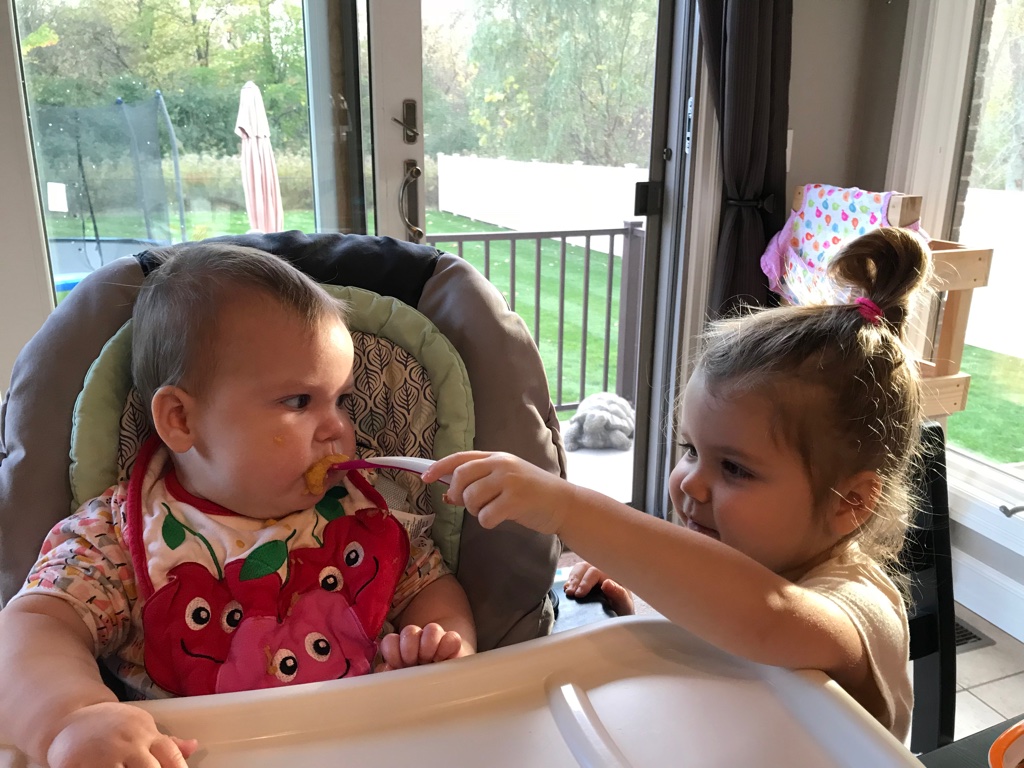 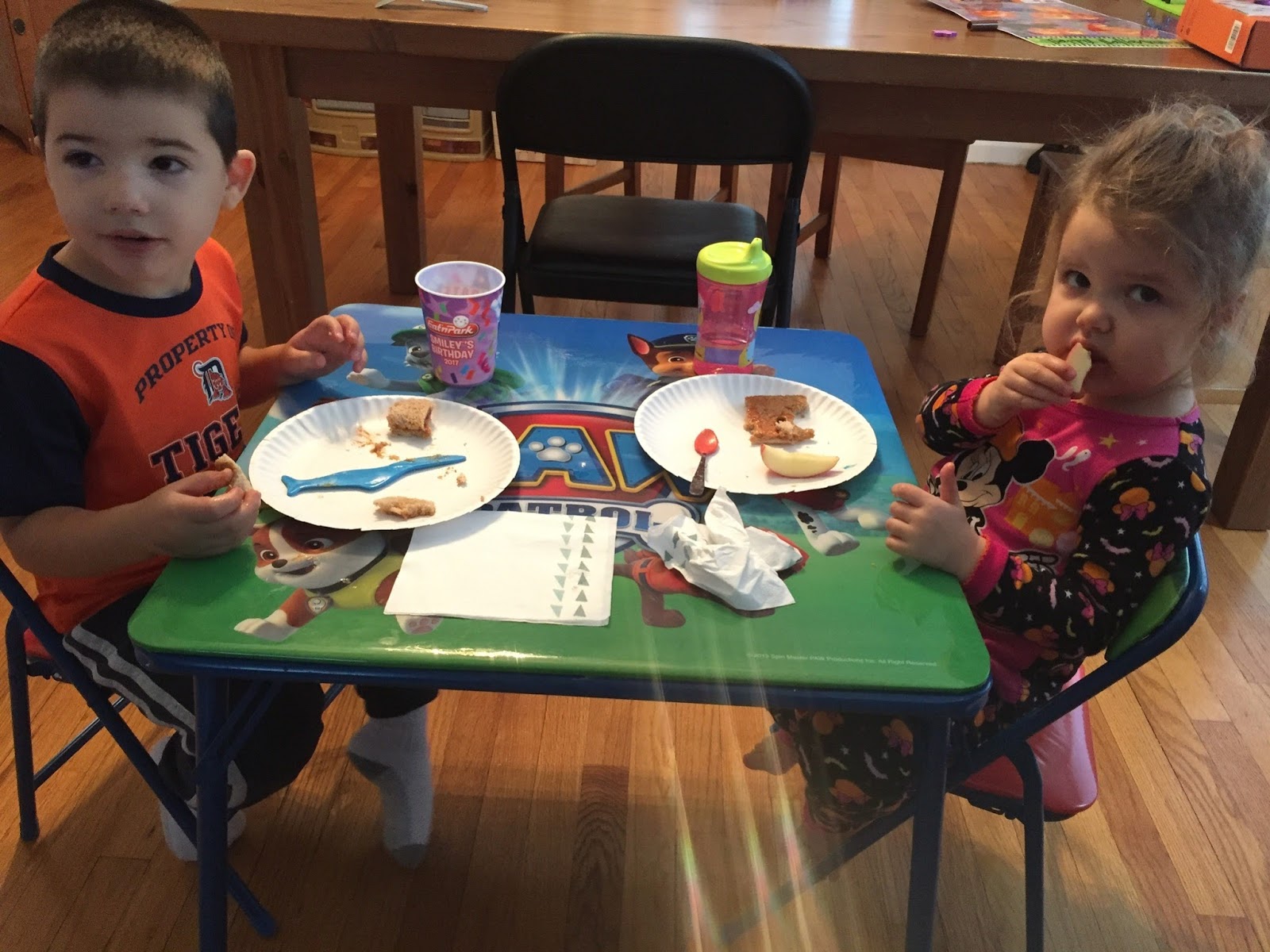 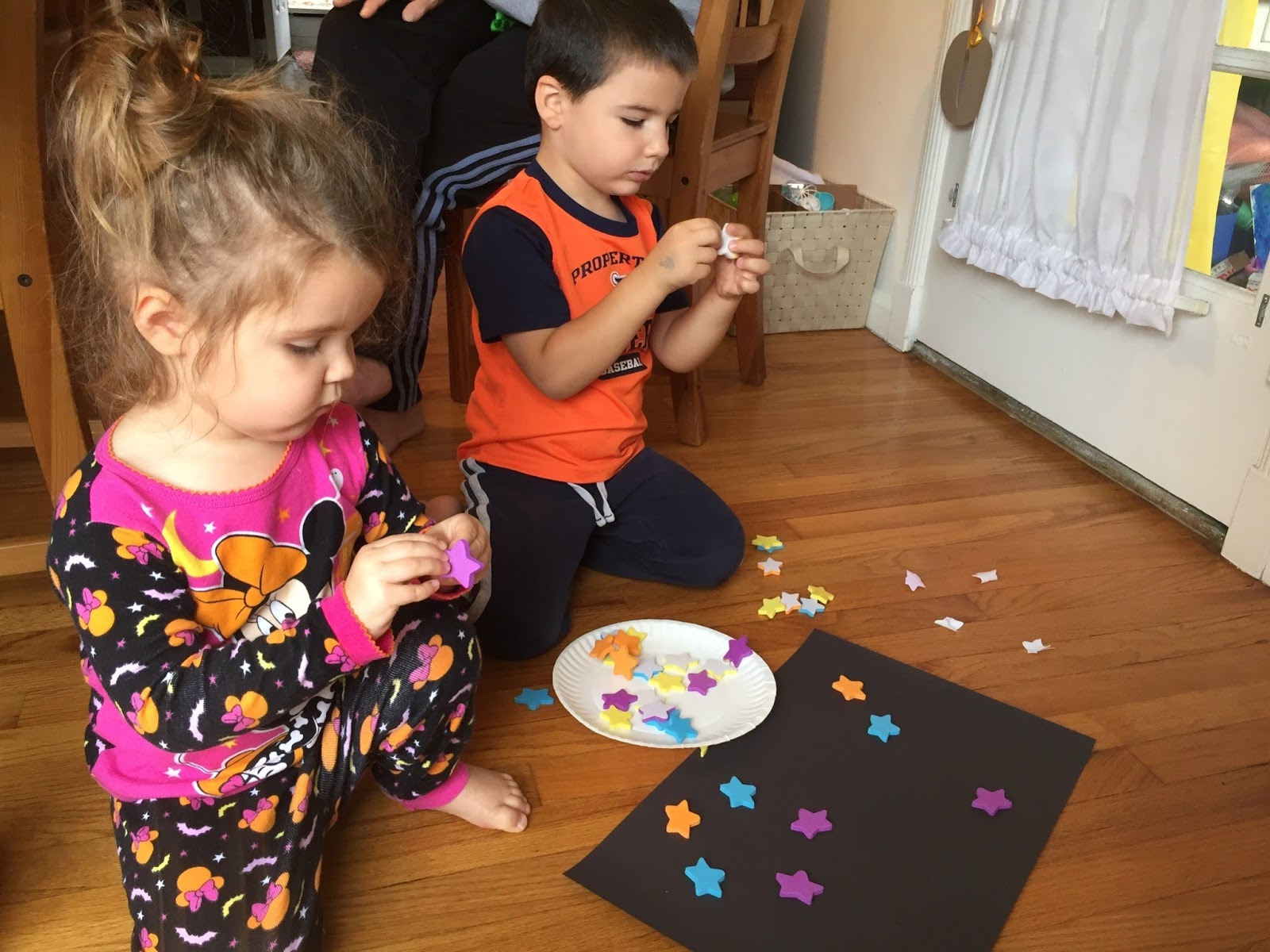 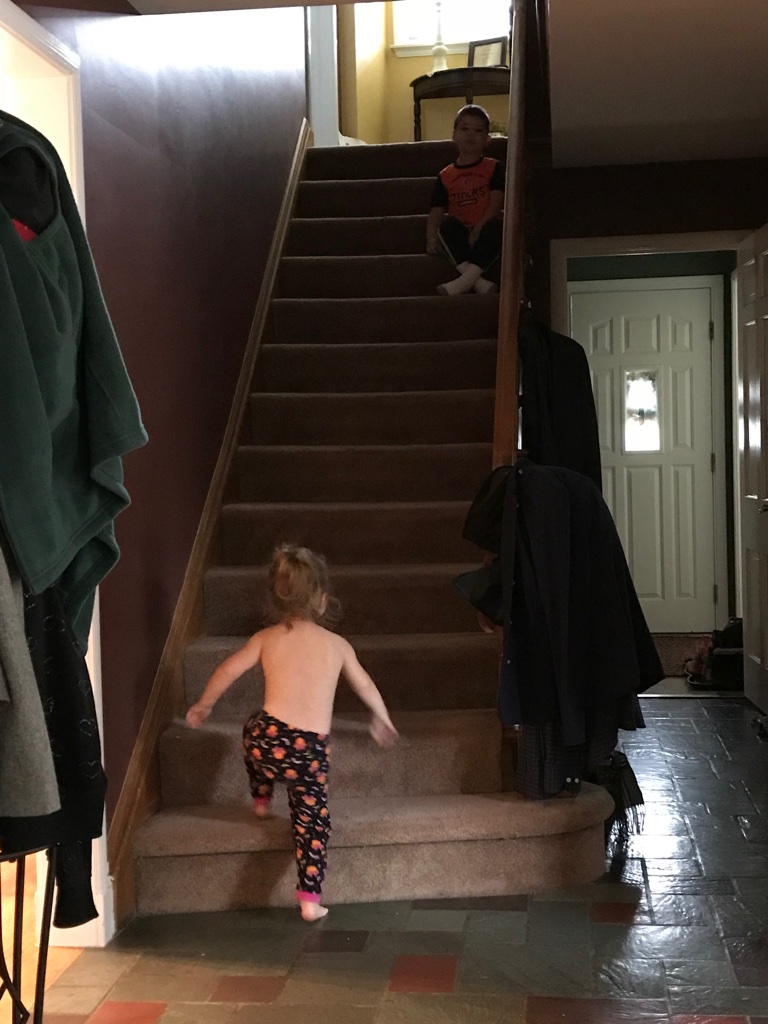 Everyone got a turn with the sparkly witch hat! 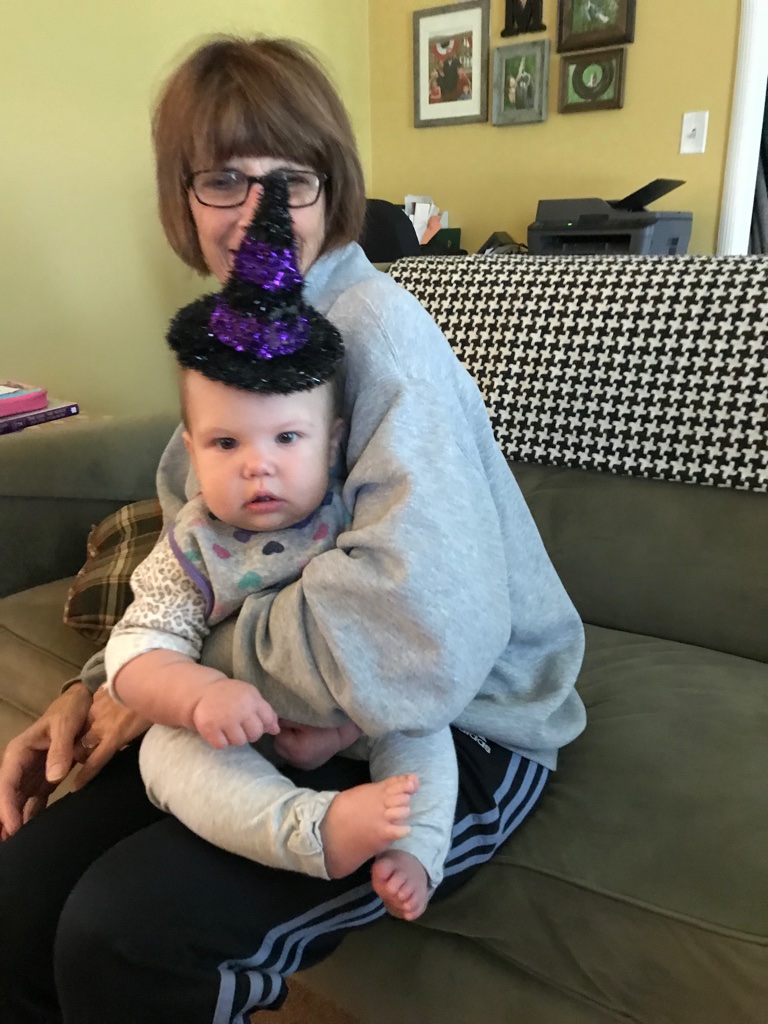 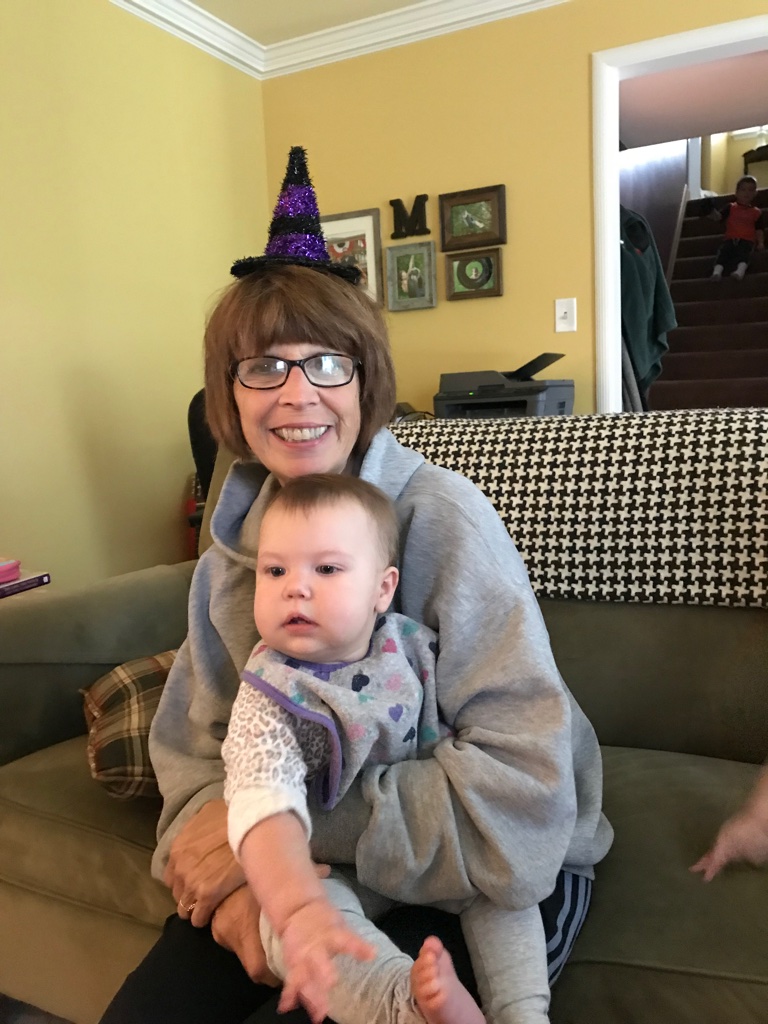 You’ll notice that Lucy is no longer wearing a shirt. Honestly, I’m lucky she’s even wearing pants. About ten minutes after we arrived, she stripped down completely naked to make peeps on the potty and then didn’t want to get dressed again. I’ll say it again . . . only because we were with family! 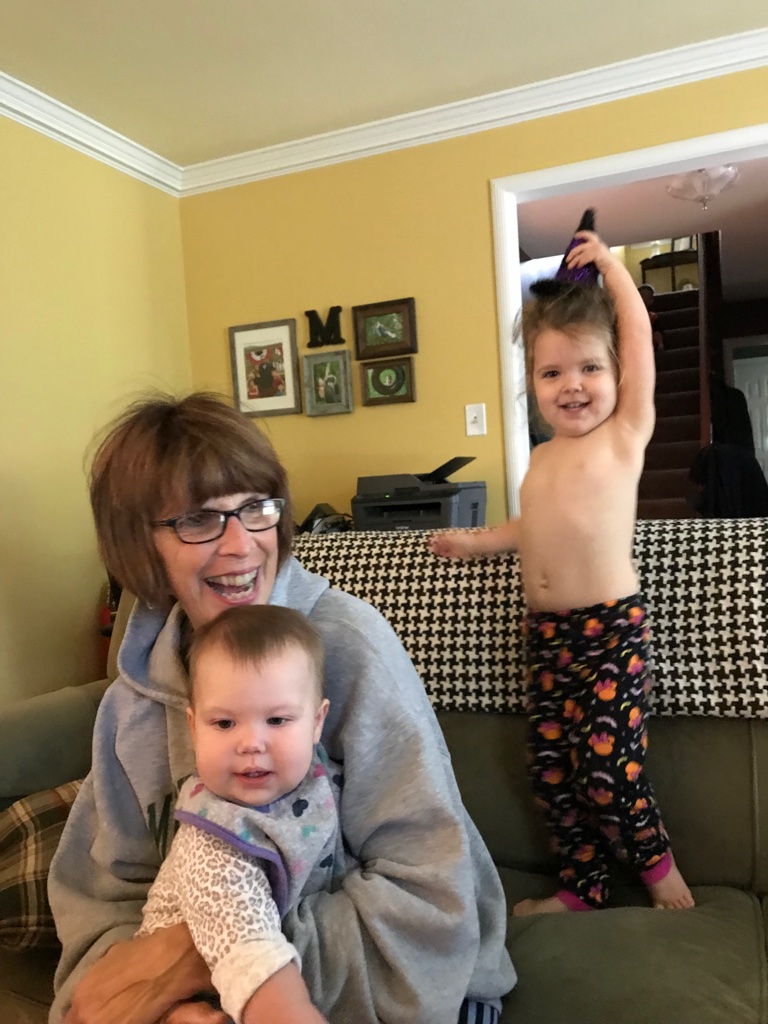 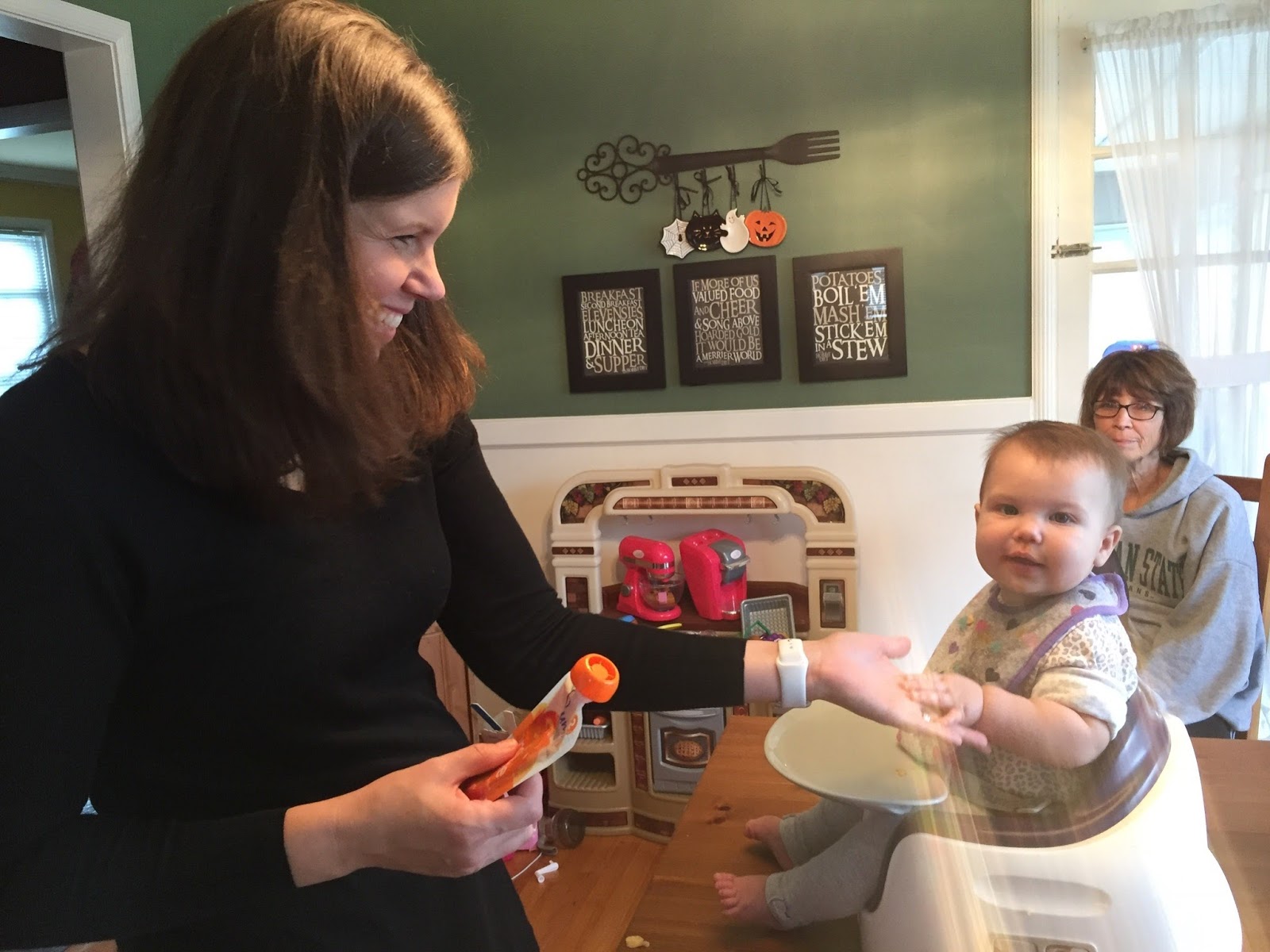 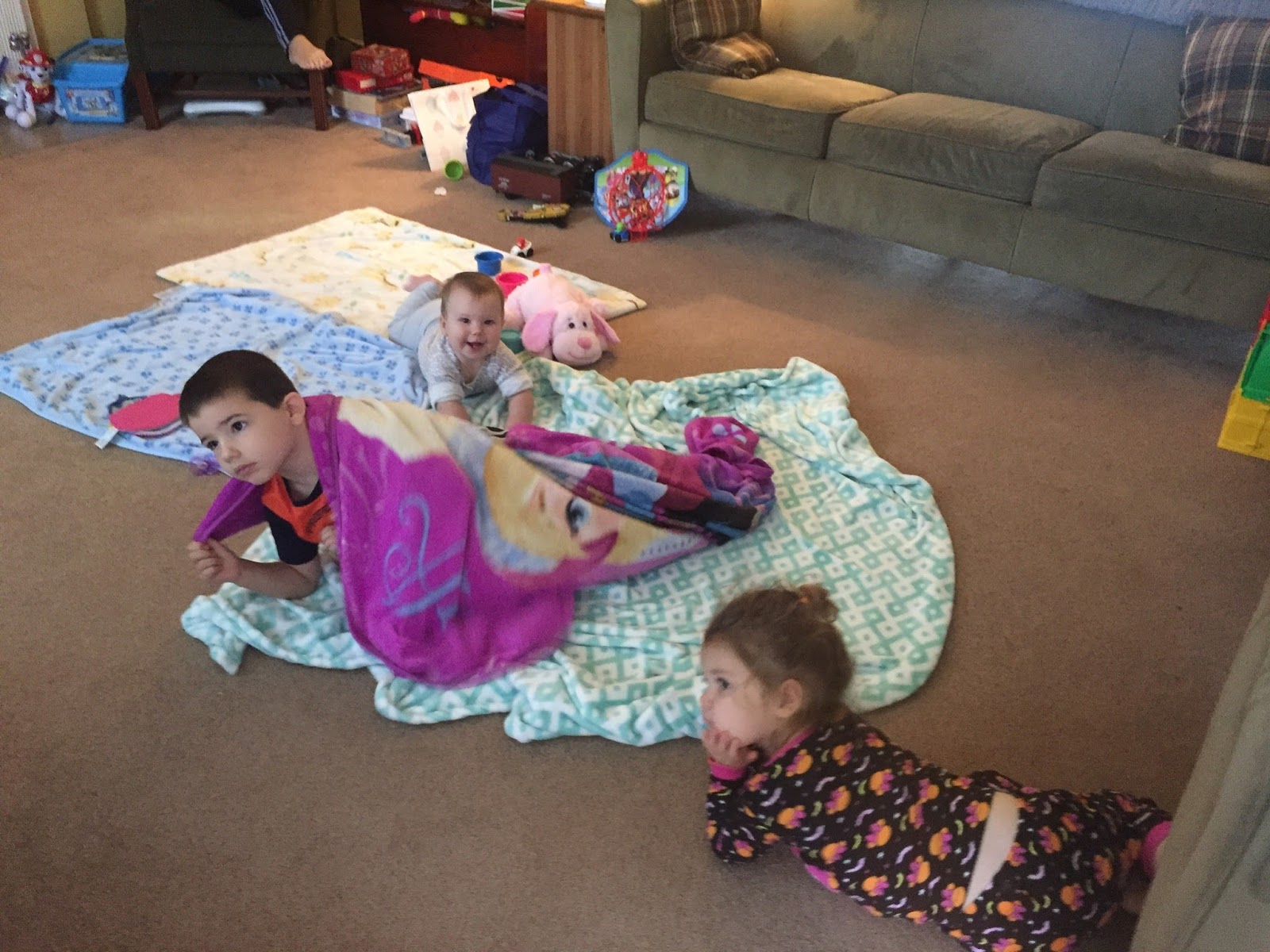 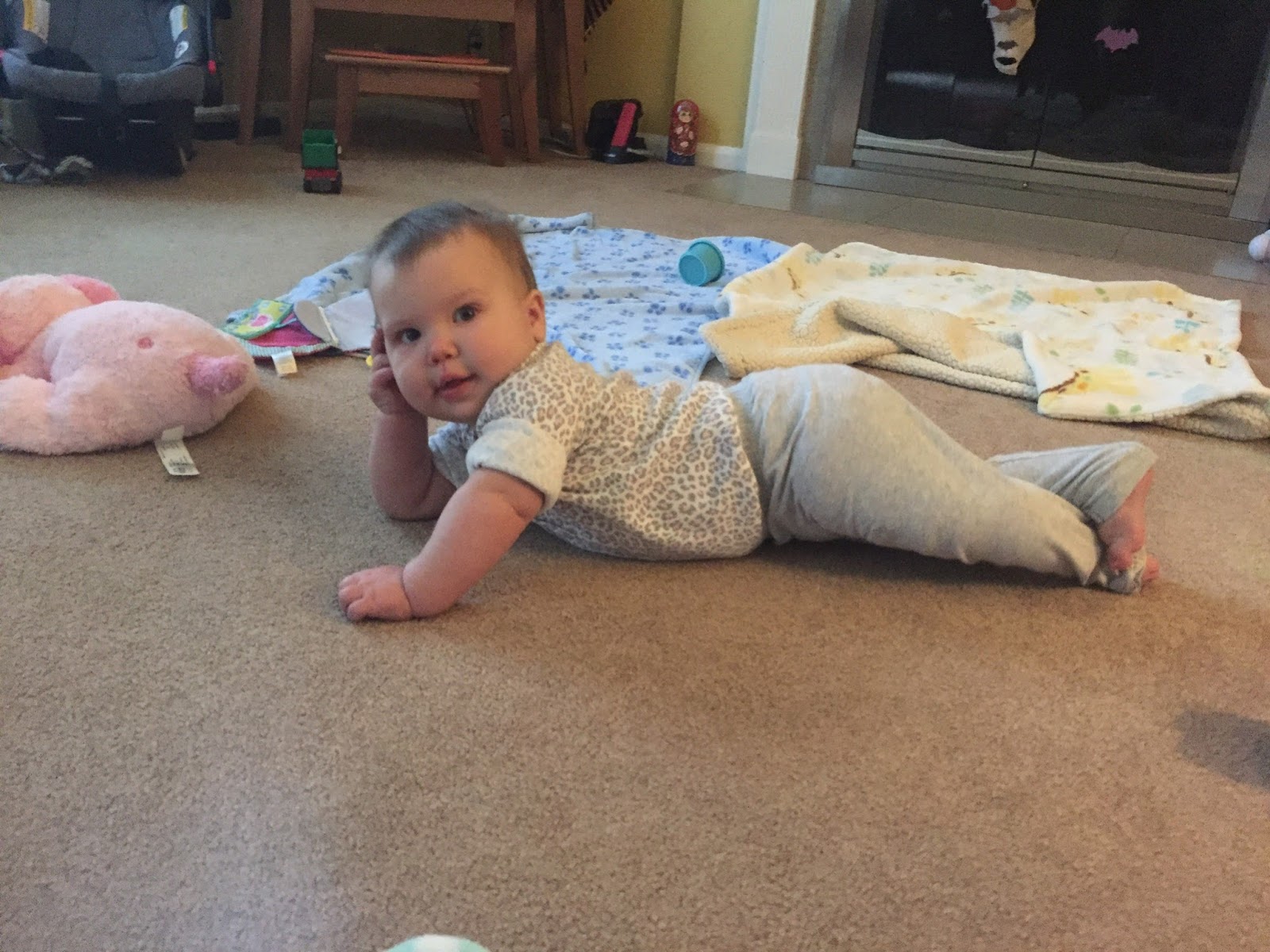 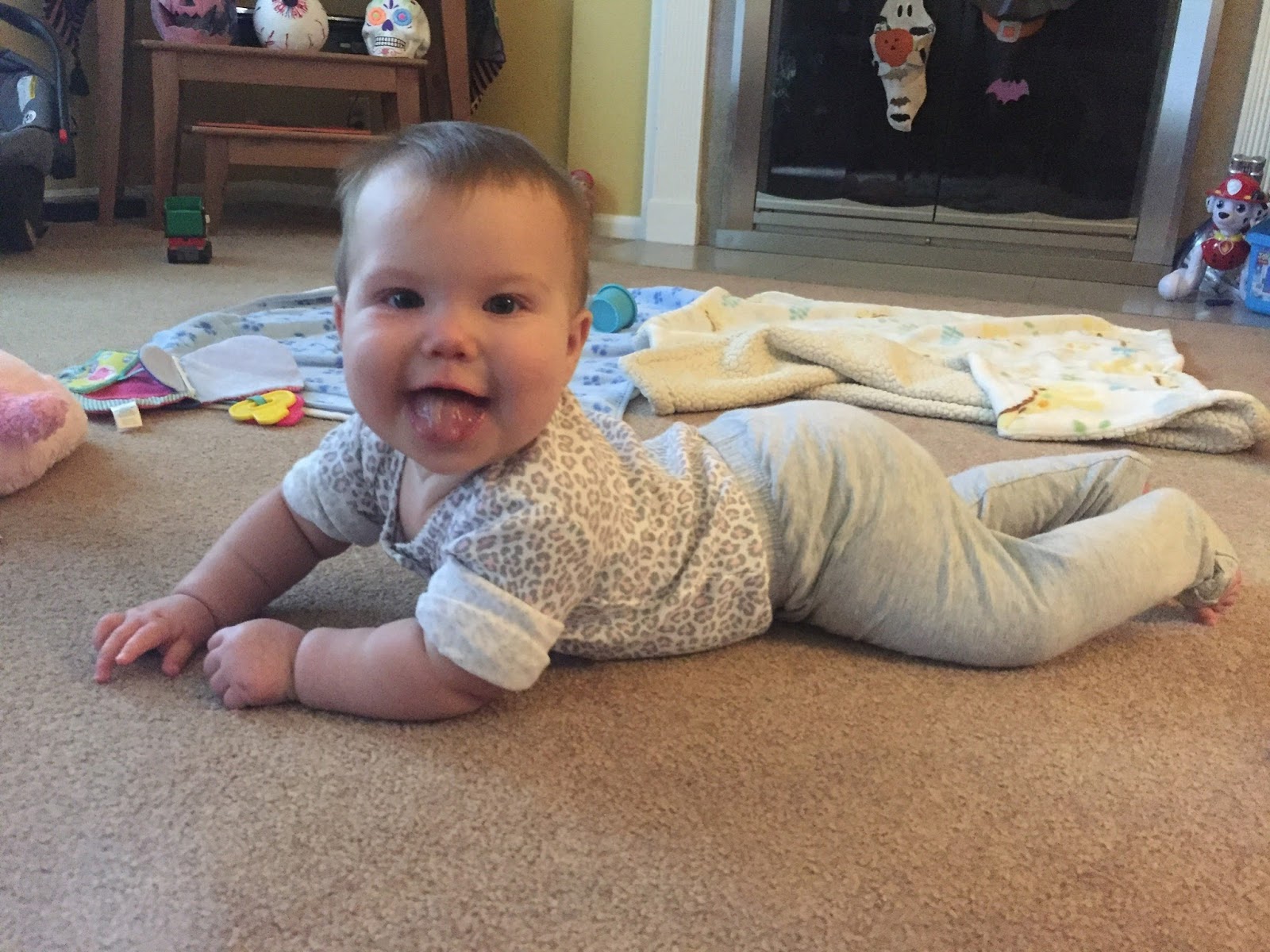 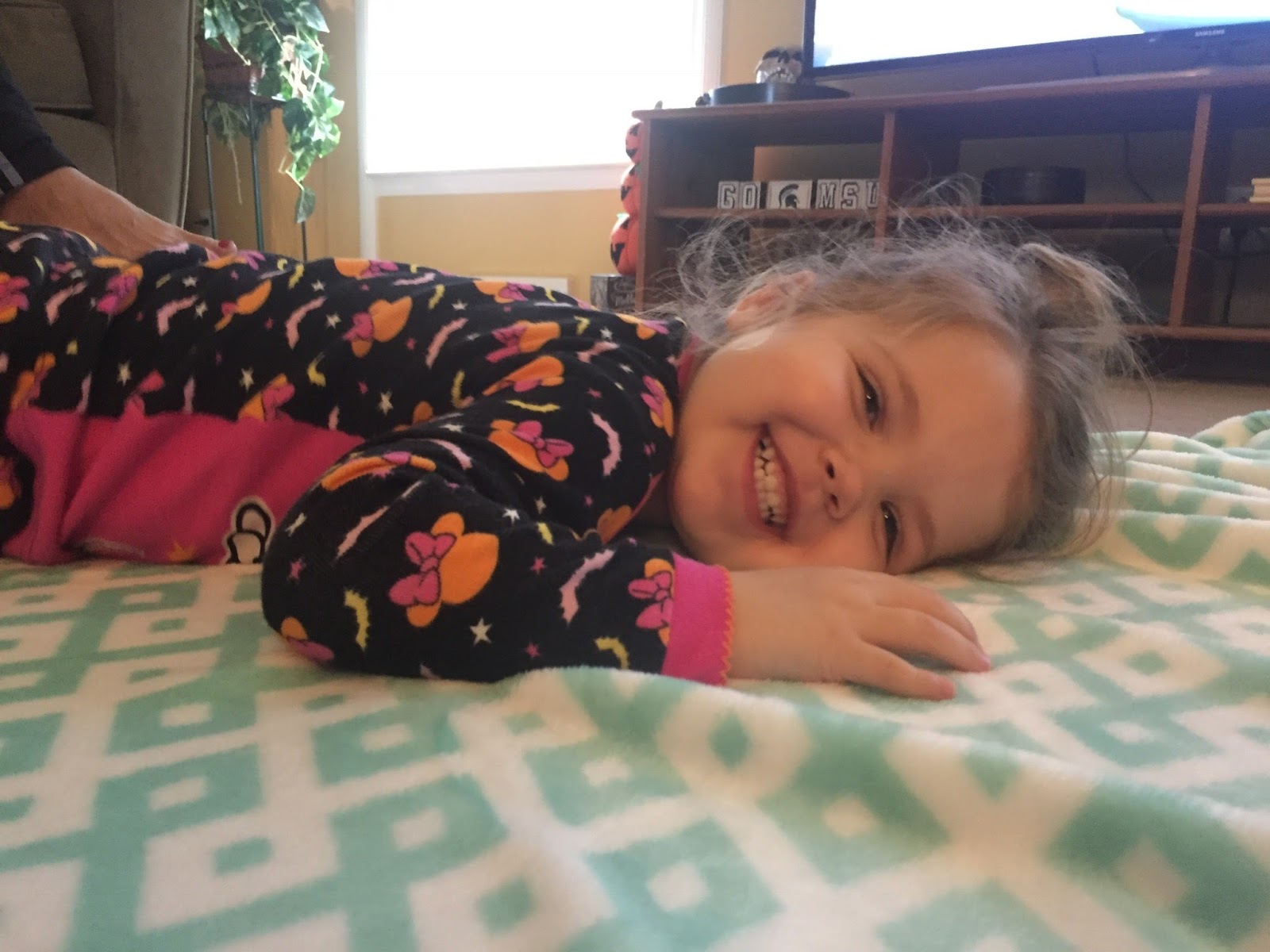 Clearly, Emmy Roses should have been Minnie Mouse for Halloween instead of a ladybug. 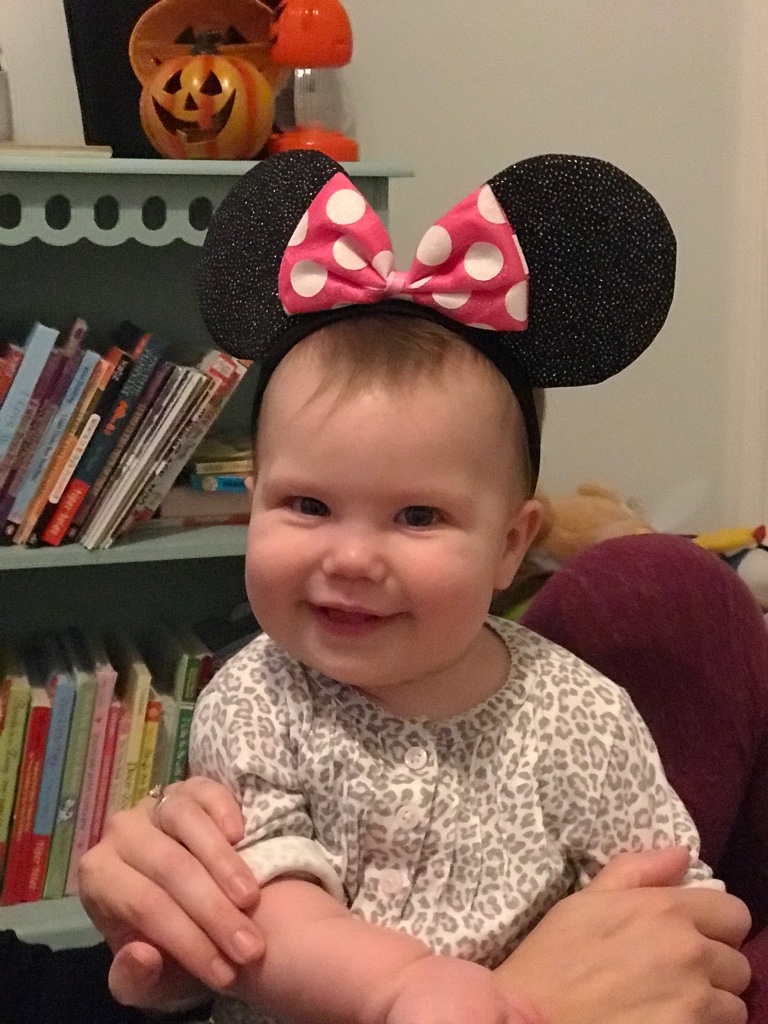 This outrageous quantity of garlic warranted a picture. Look out vampires, Canton residents who shop at Meijer are ready for you! 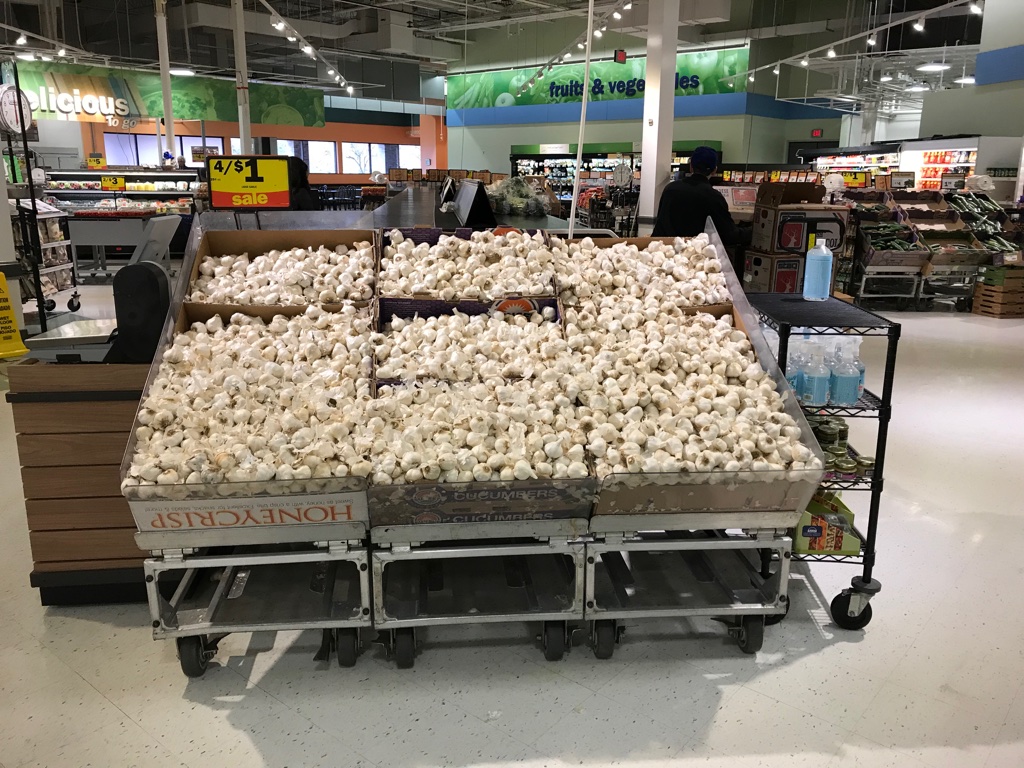 No one was napping, and Emily thought it was funny. #ididnt 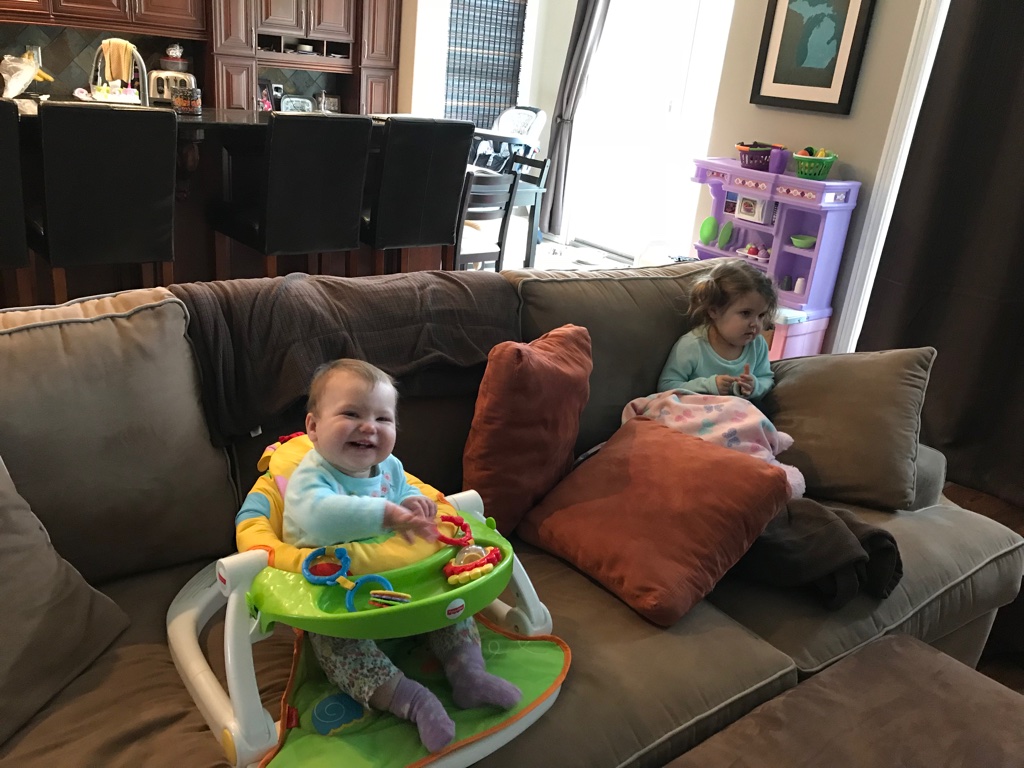 A rare display of sisterly love, but not for lack of trying on Emmy’s part. Lucy is sloooowly getting more affectionate with her. 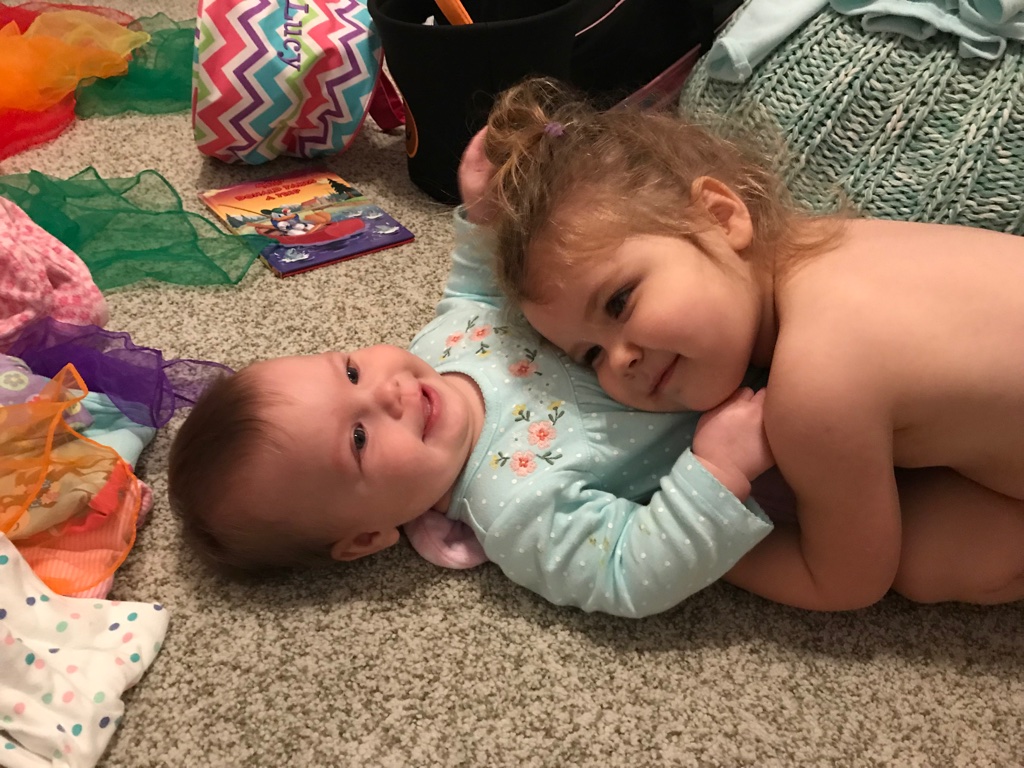 When it’s 43 degrees and raining when it’s time to run errands, you pull out the owl hat! 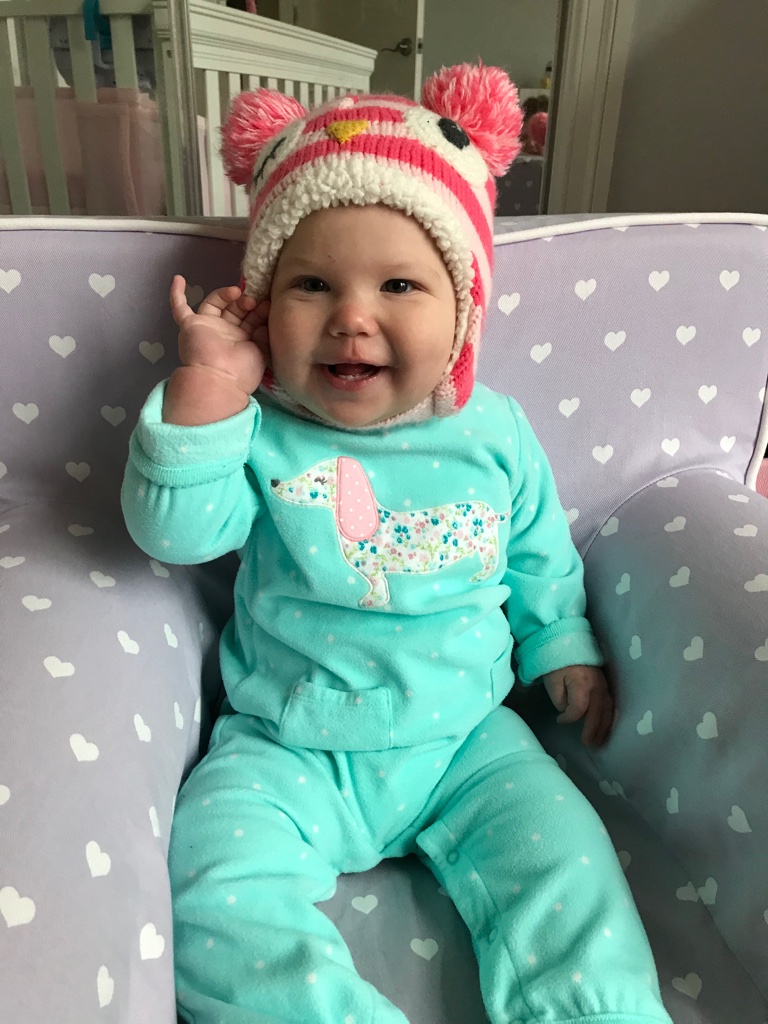 And just for fun . . . here’s the cutest comparison pic ever! 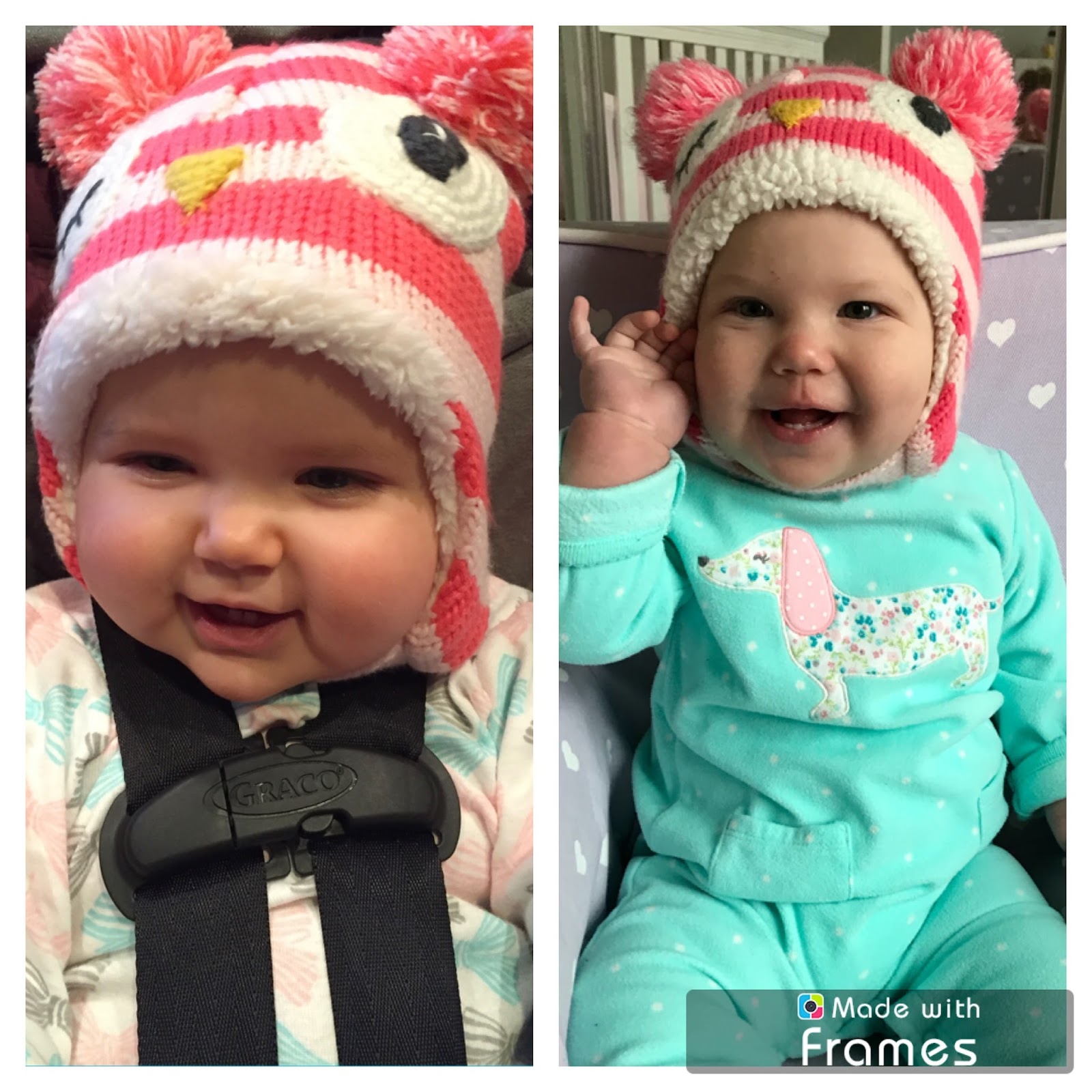 I asked Lucy to get ready to go run errands while I changed Em’s diaper. She came back like this and insisted that she needed to bring everything you see here. Lu is going through some kind of phase where she cries at every little thing, so in order to avoid major drama I loaded it all up in the car. But first, I made sure she understood that everything had to stay in the car. Surprisingly, she didn’t give me any trouble! 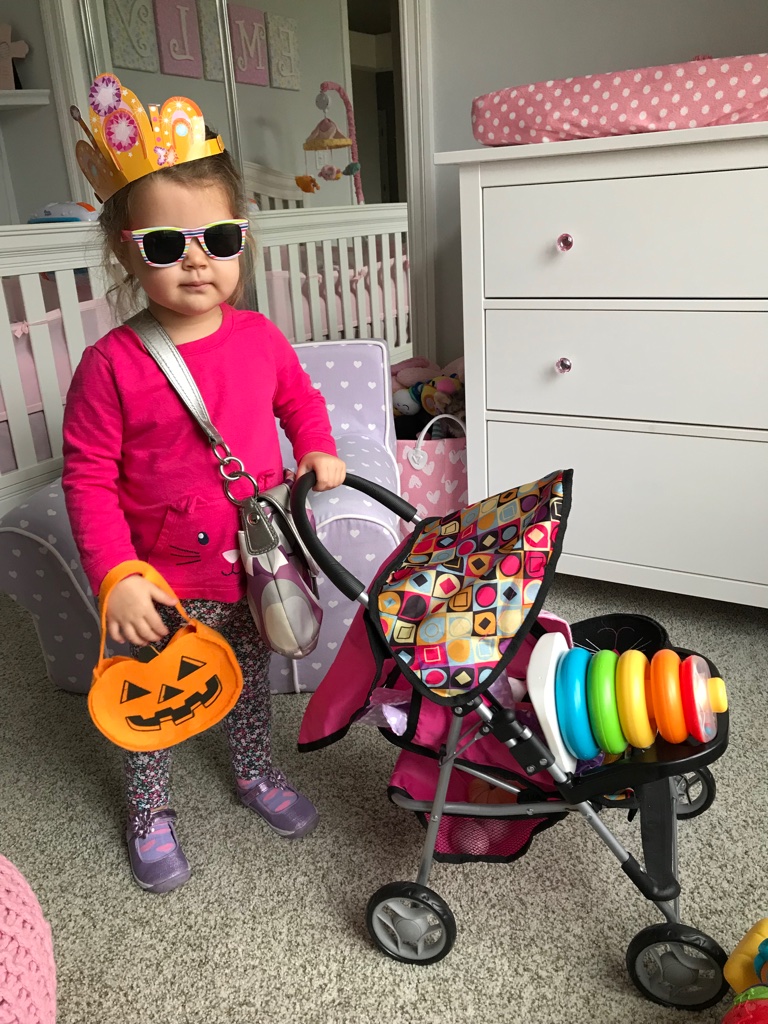 I wanted this walker for Emily because the front part comes off to use as a floor toy as well. They are $35 on Amazon, and I didn’t want to pay that much. I stalked the Facebook mom 2 mom sites for a few days, and I found one yesterday . . . for $5! The only problem is that the pink phone is missing. No big deal to me . . . one less thing to keep track of! 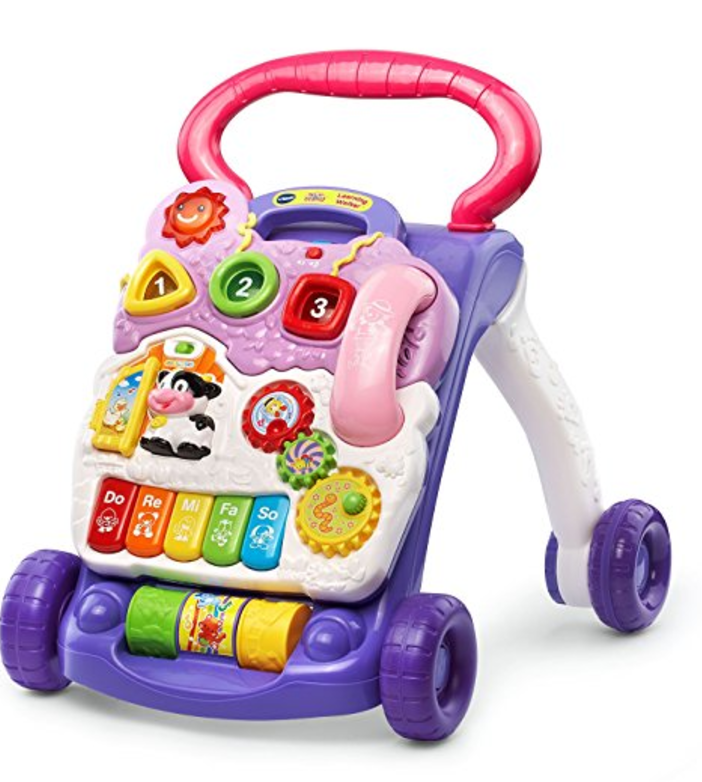 We picked it up yesterday afternoon, cleaned it, and it’s a hit! It looks like it’s barely been used, and the girls played together for like seven minutes! #momwin 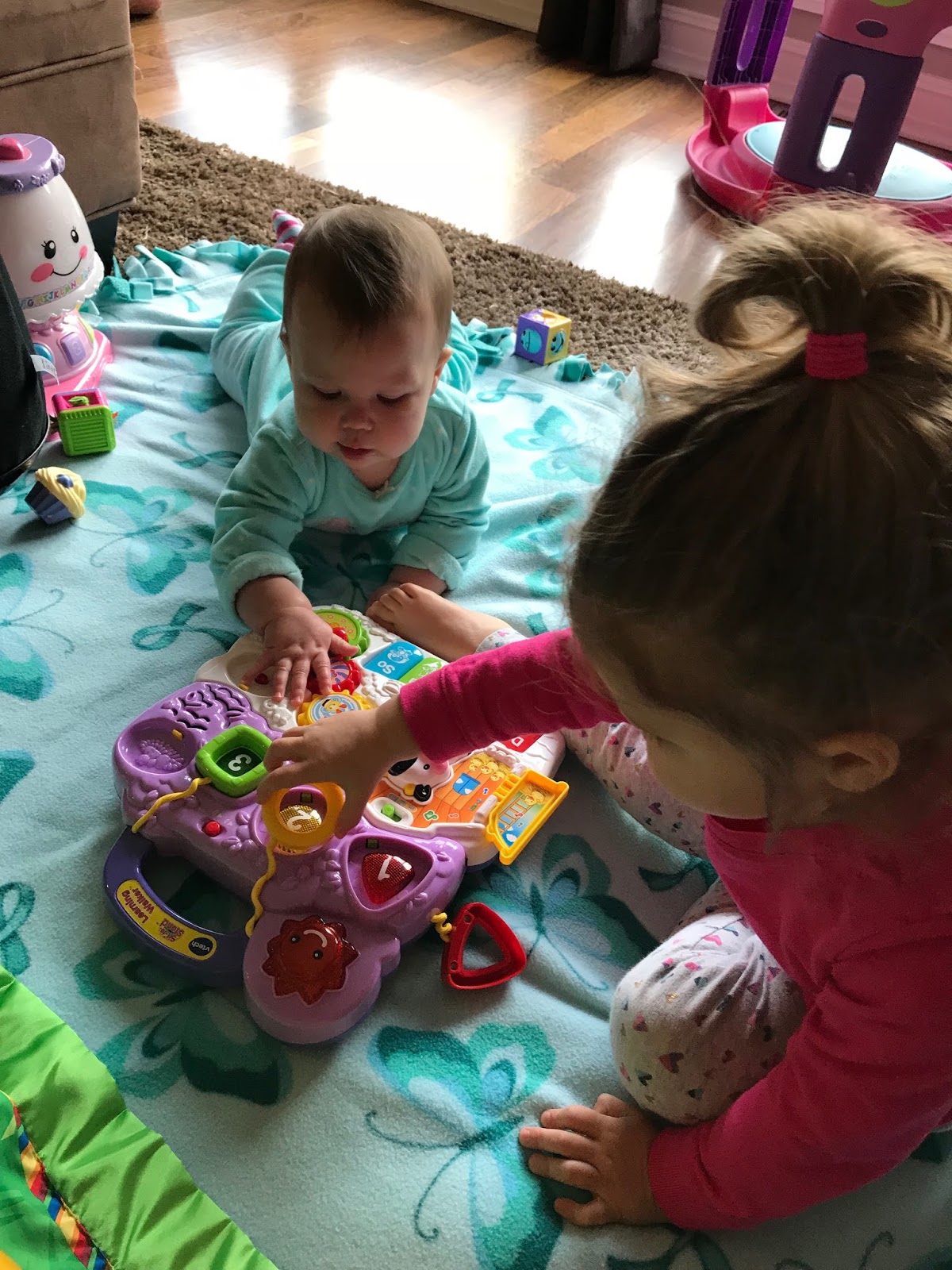 Grandma Ri is out of town visiting Matt’s sister and her family, so we sent her a picture of Em in the new pj’s Rita bought for her. 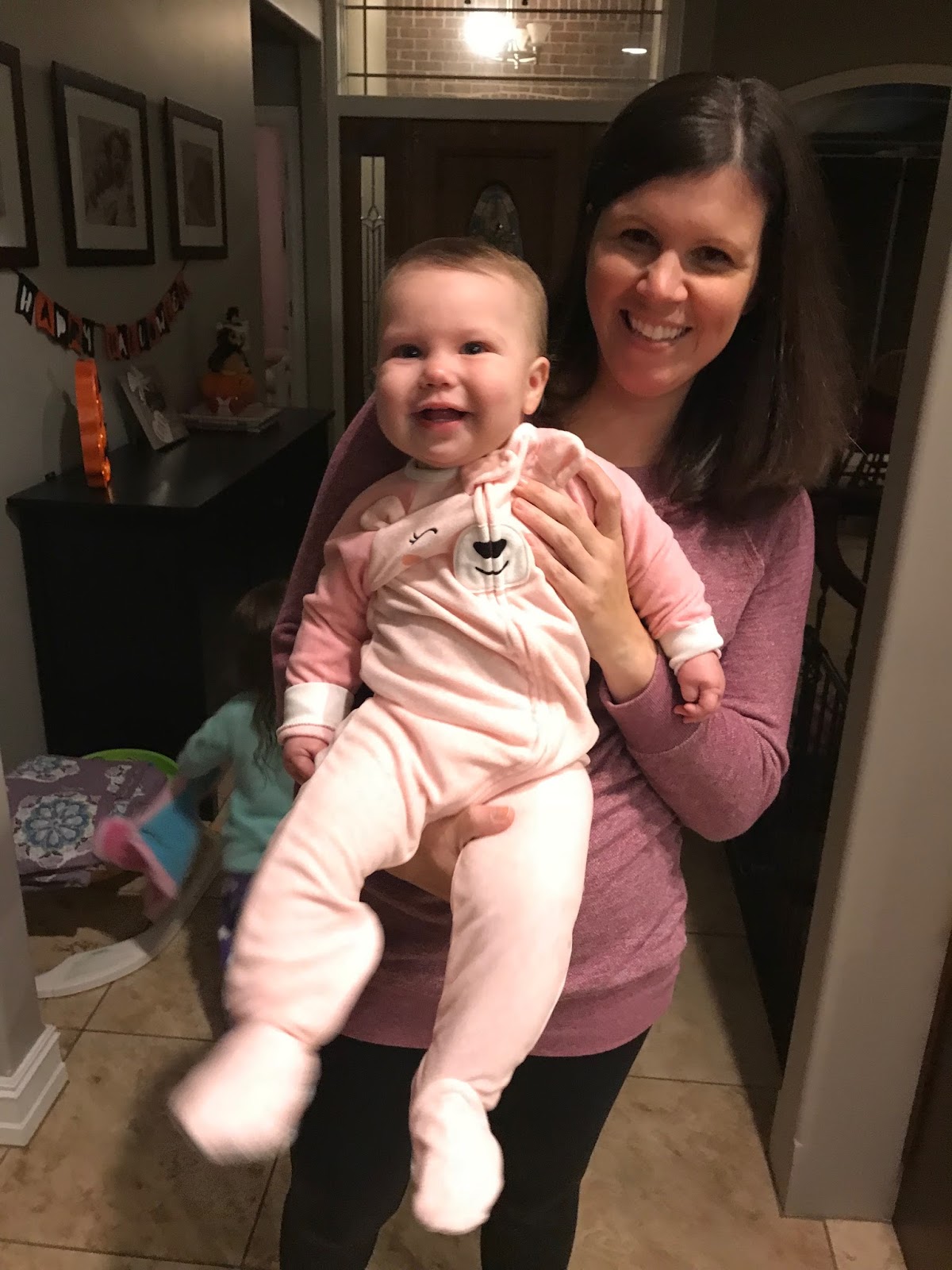 We immediately got a picture back of Tommy wearing the boy version! 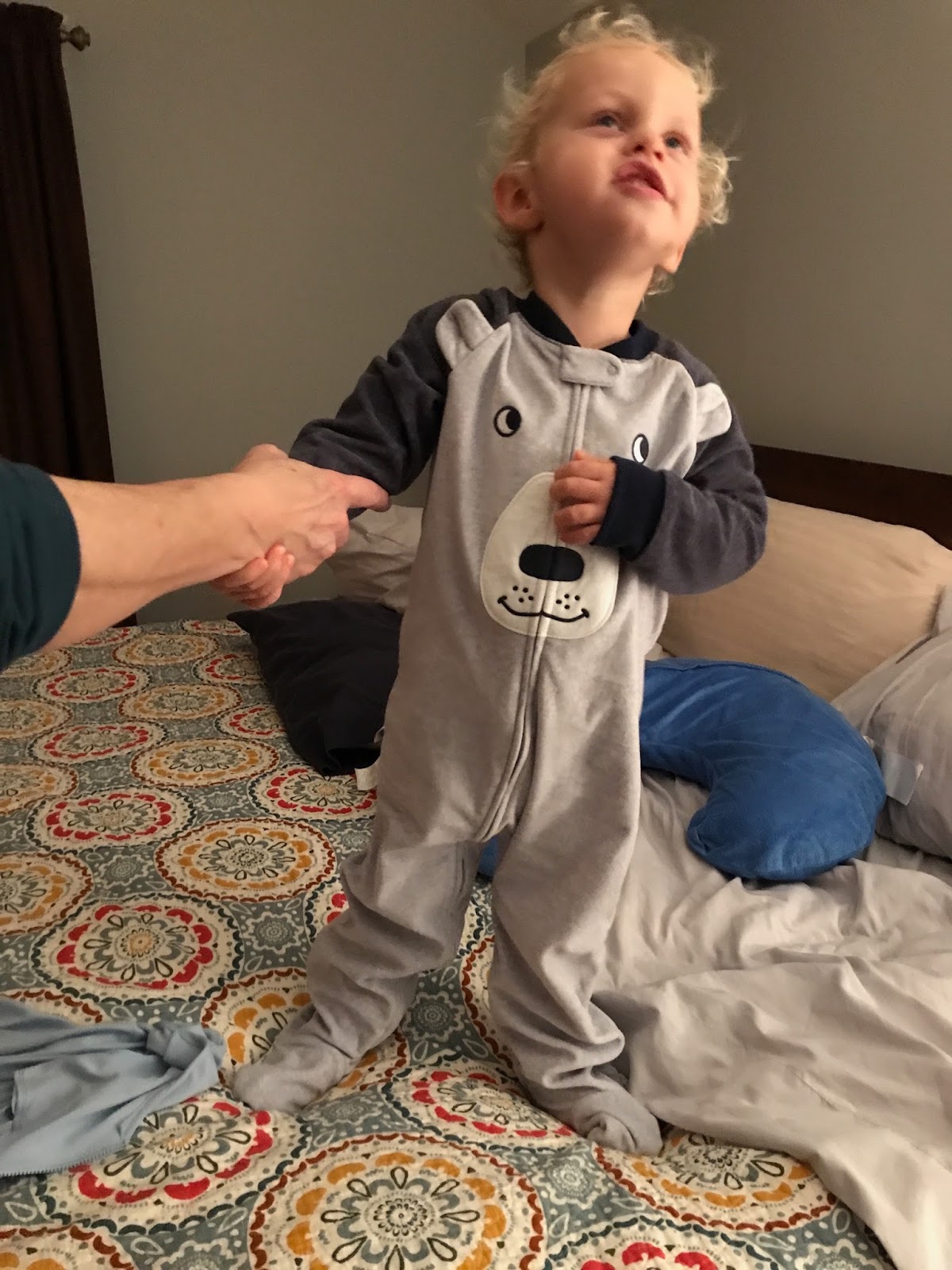 And that’s about it. . . . except for one random story about our errands today.
Our dishwasher is broken (ugh!), and I had to go to this place called the Repair Clinic to pick up a part that Matty needed. It was pouring when I got there, so I grabbed Em in her carseat and went around to get Lucy out of the car, but she had taken off her shoes! So Emmy and I are getting all wet while I put the shoes on and get Lucy out. She wants me to carry her, which is pretty much impossible while I’m holding the diaper bag and Emily in her carseat. Lucy demonstrates her dismay by sitting down in the middle of the parking lot and crossing her arms (and obviously NOT melting in the rain), so I basically dragged her into the store kicking and screaming. It’s a tiny little office and it was QUIET . . . until I brought my screaming kid in there. Of course there were four people in front of me in line, and one of the men walked into the bathroom. Lucy asked where the man went, and I said to the bathroom. To which she announces in her outside voice, “I have to use the bathroom. I have to make POOPS in the potty!” #noyoudont #goinyourdiaper #ineedavacation
Have a great weekend! We’ll be celebrating my mom’s birthday and participating in Halloween festivities!
XOXO