Happy Thursday!
We’ve had a pretty standard week around here. The girls have been behaving themselves for the most part (Emmy could shape up a bit in the sleeping department), and we’ve been having some pretty good days!
I really think she’s outgrown this swing, but she has so much fun swinging on it. 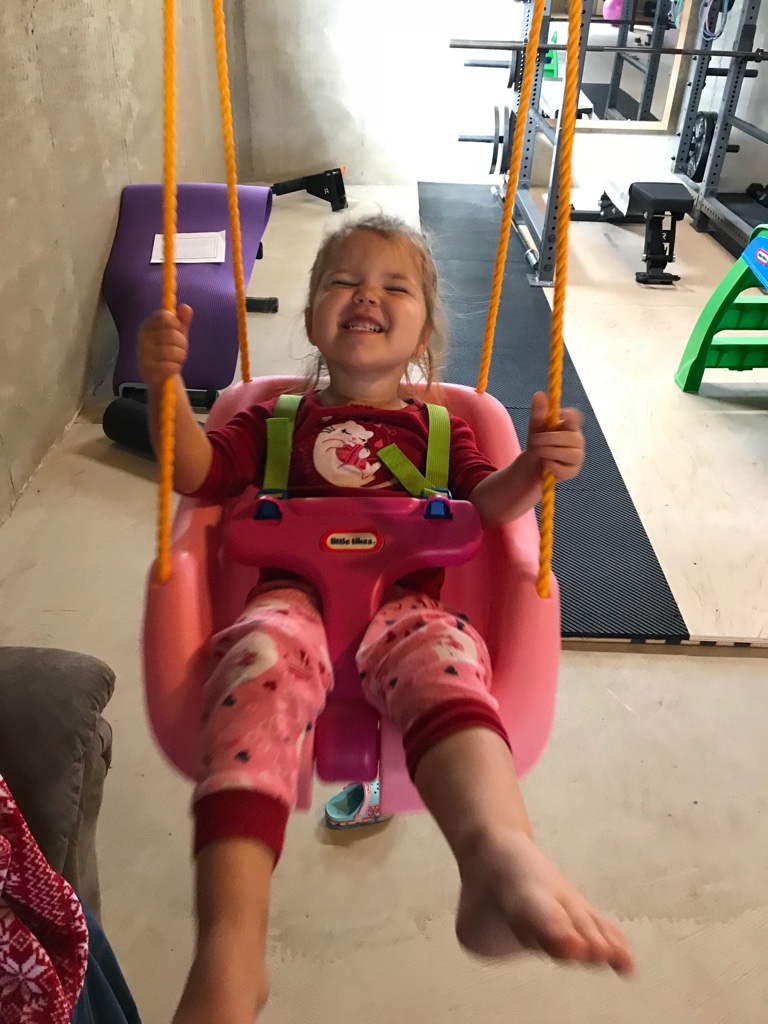 Emily turned six months old over the weekend so we took her picture on Monday. Lucy loves to hold my camera and take 78 pictures of Em’s torso. 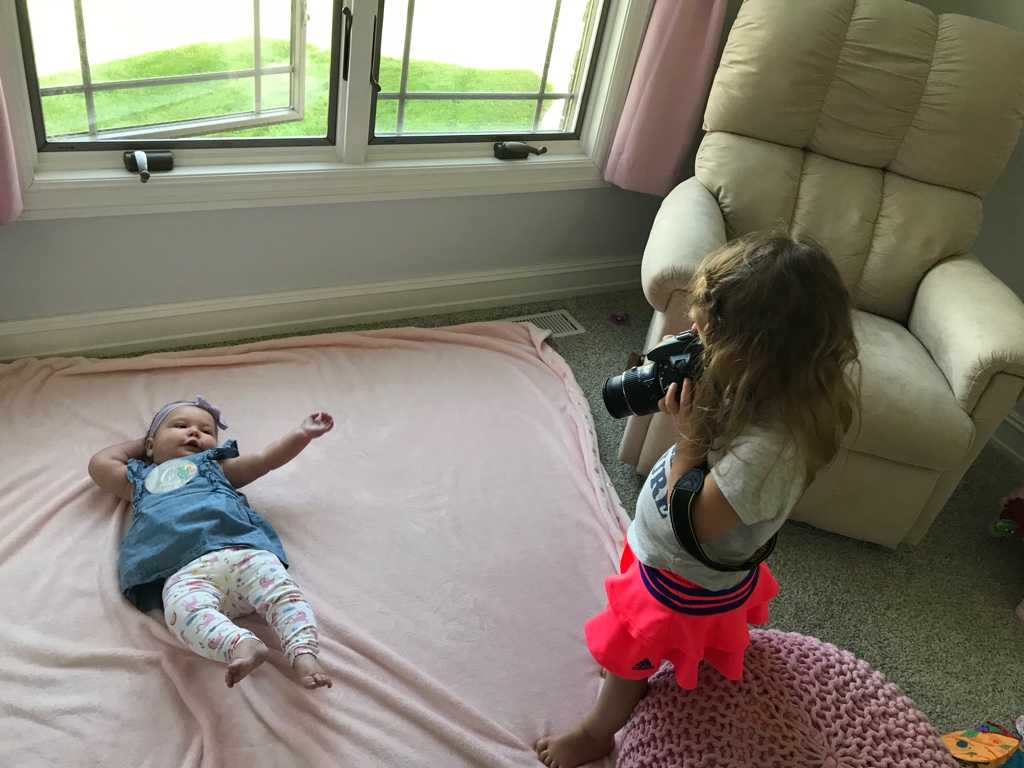 This is Em’s official picture. It was challenging to get one that wasn’t blurry because her arms and legs are constantly moving! 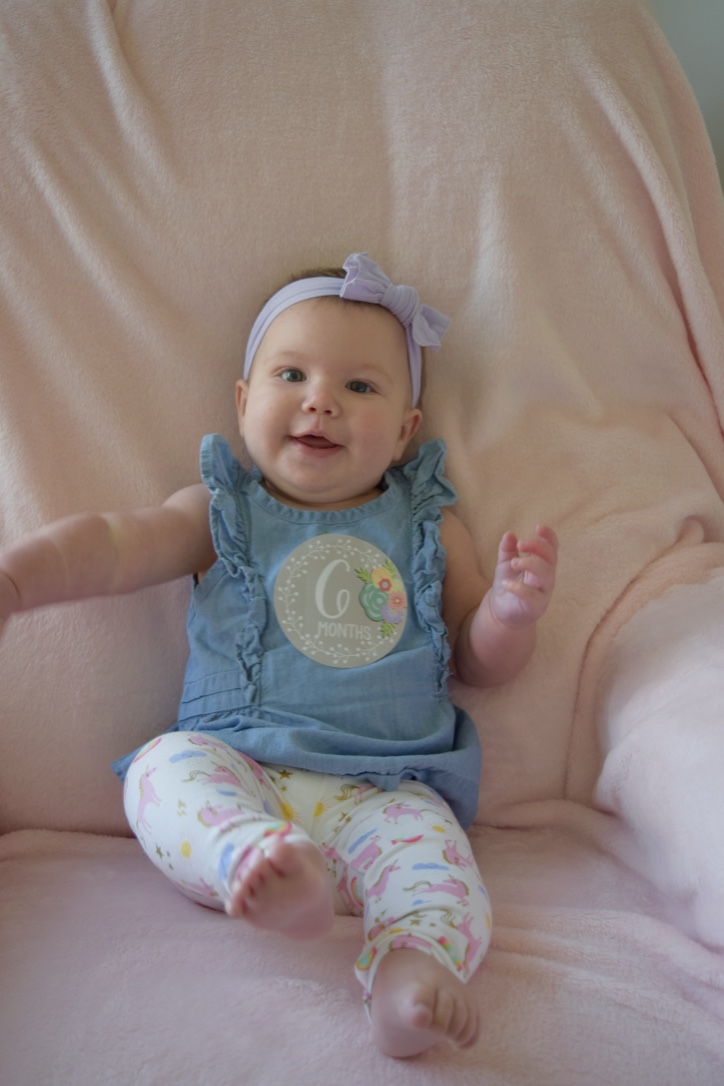 This one was super cute. 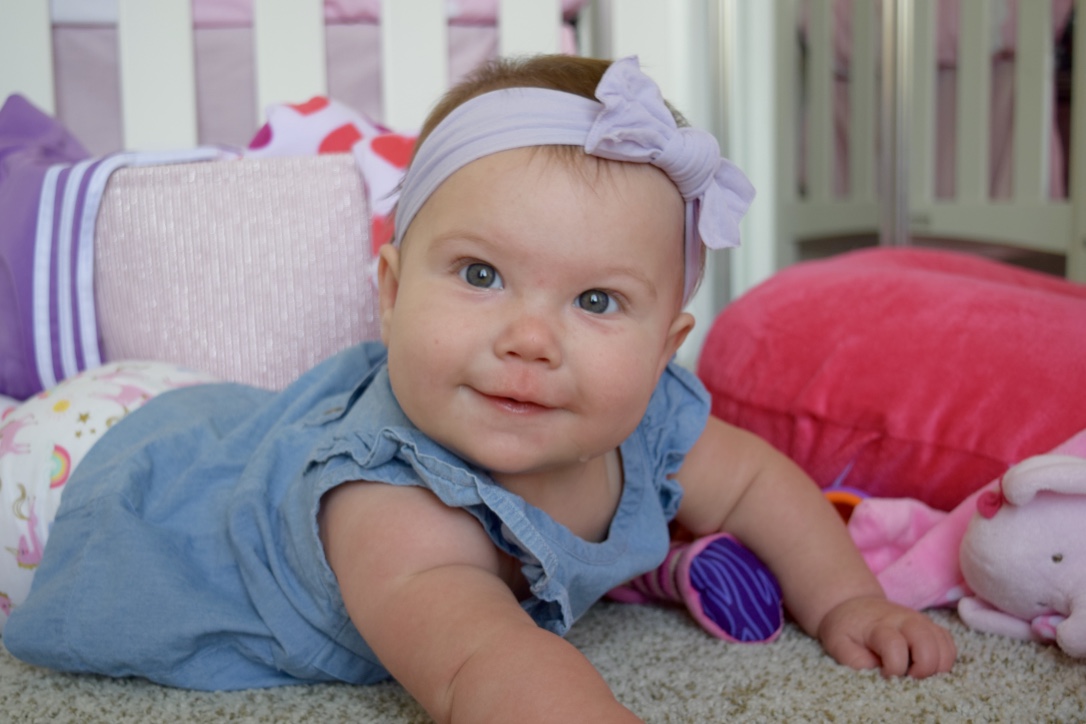 But they weren’t all winners! haha #yohoho #apirateslifeforemily 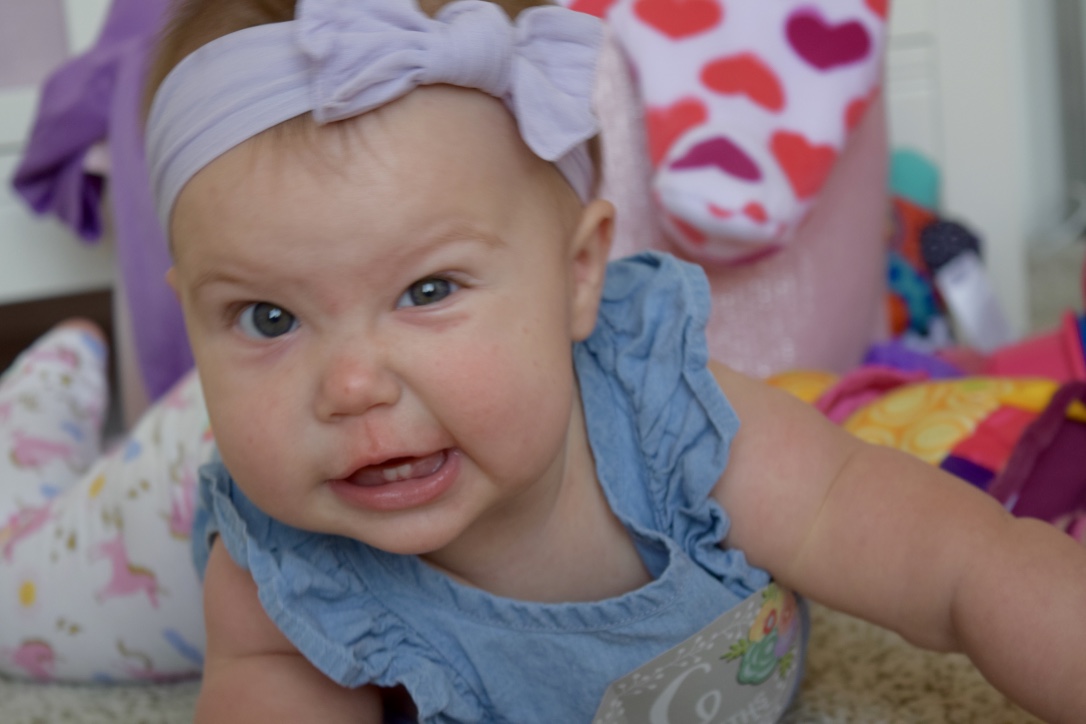 And then the photographer had a meltdown. 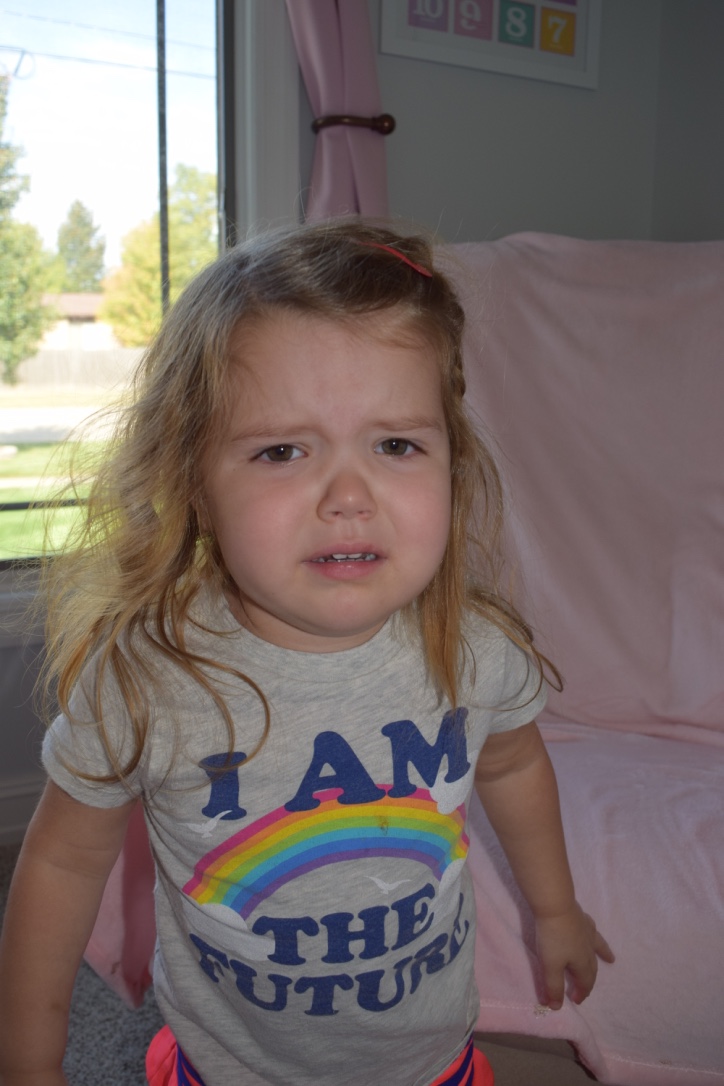 We moved on to play dress up instead, and Emily liked her hat! 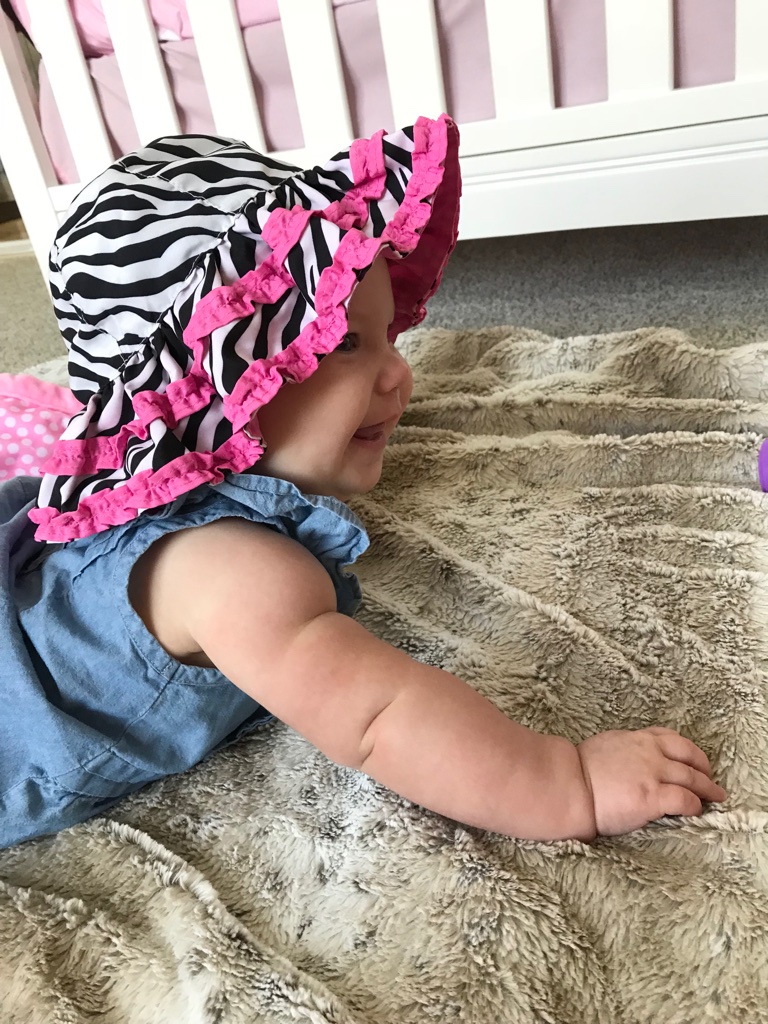 Our post dinner walks often end like this. I look forward to the cooler weather when I can take post lunch walks without getting all sweaty and the girls can, hopefully, snooze a bit. 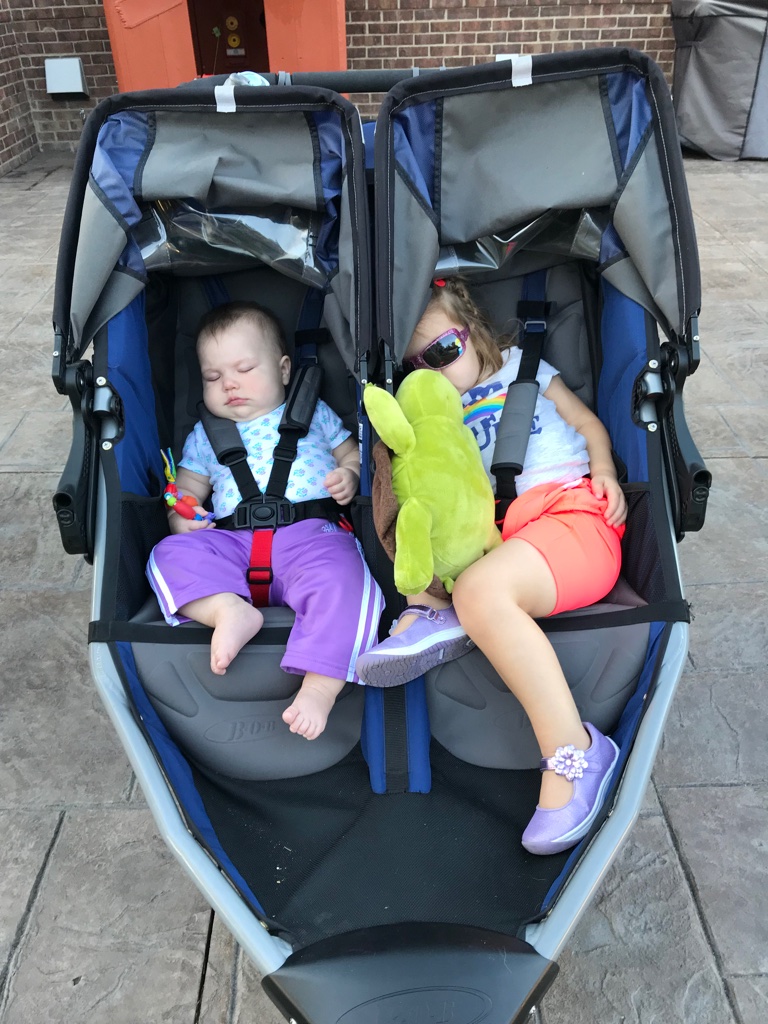 Look at that crazy hair! I guess it’s time to buy a baby hair brush. 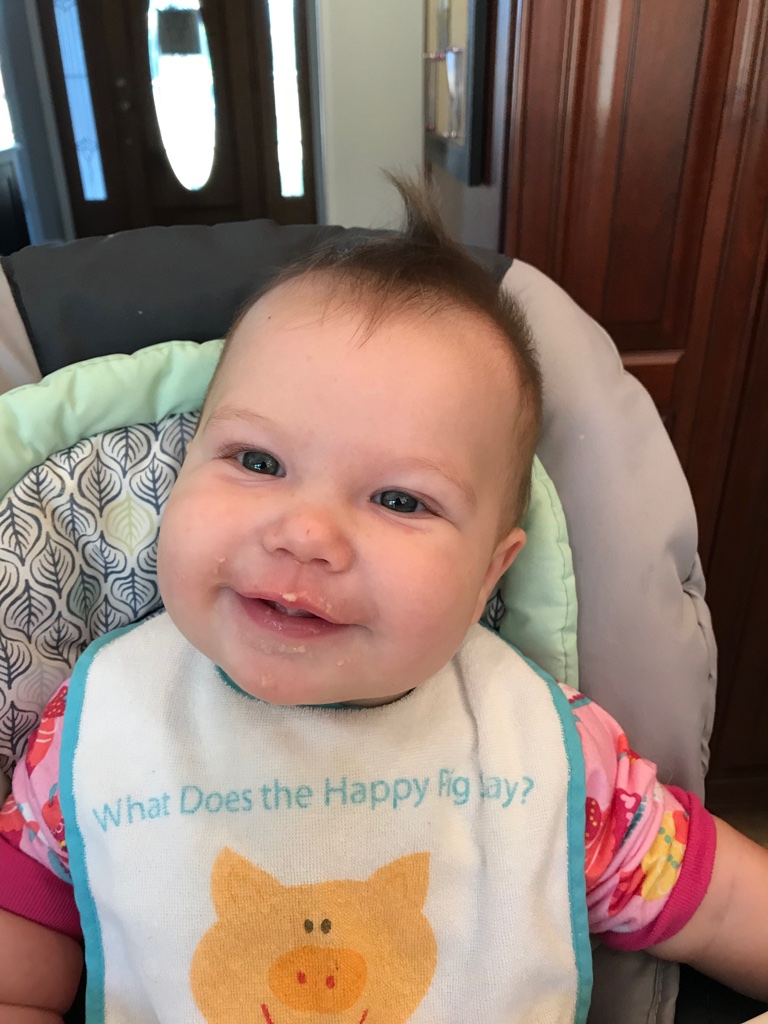 Walking into school on Tuesday. Yes, those are wiener dogs on her pants! 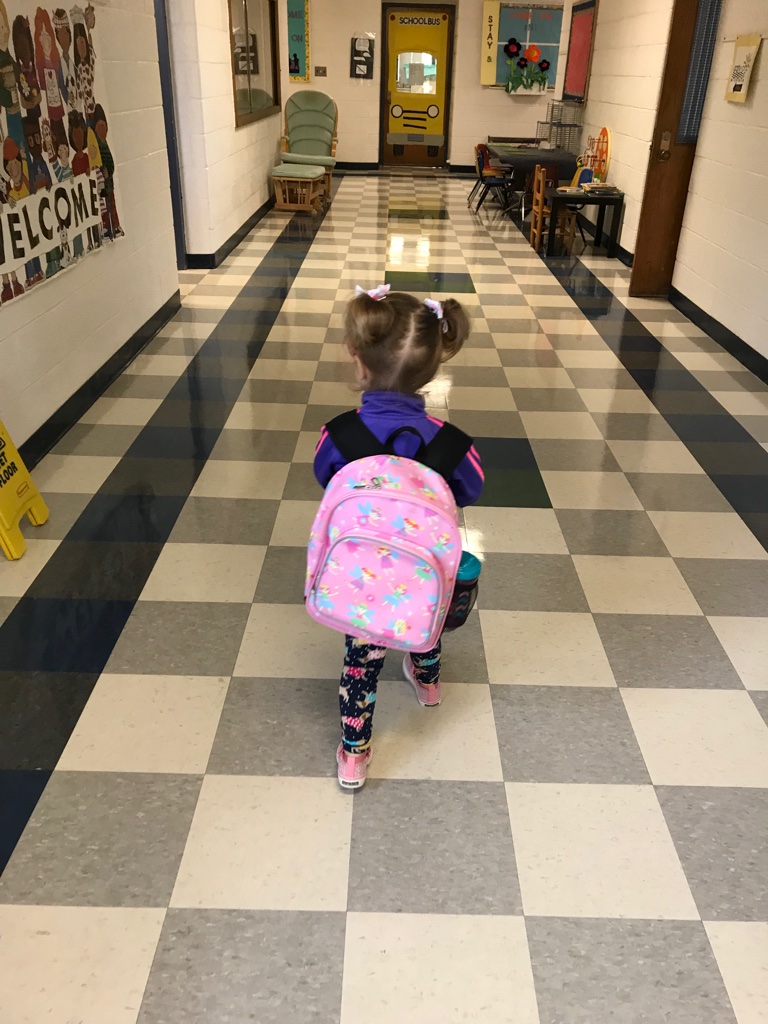 Lucy likes to do puzzles while we wait for the teacher to open the door. 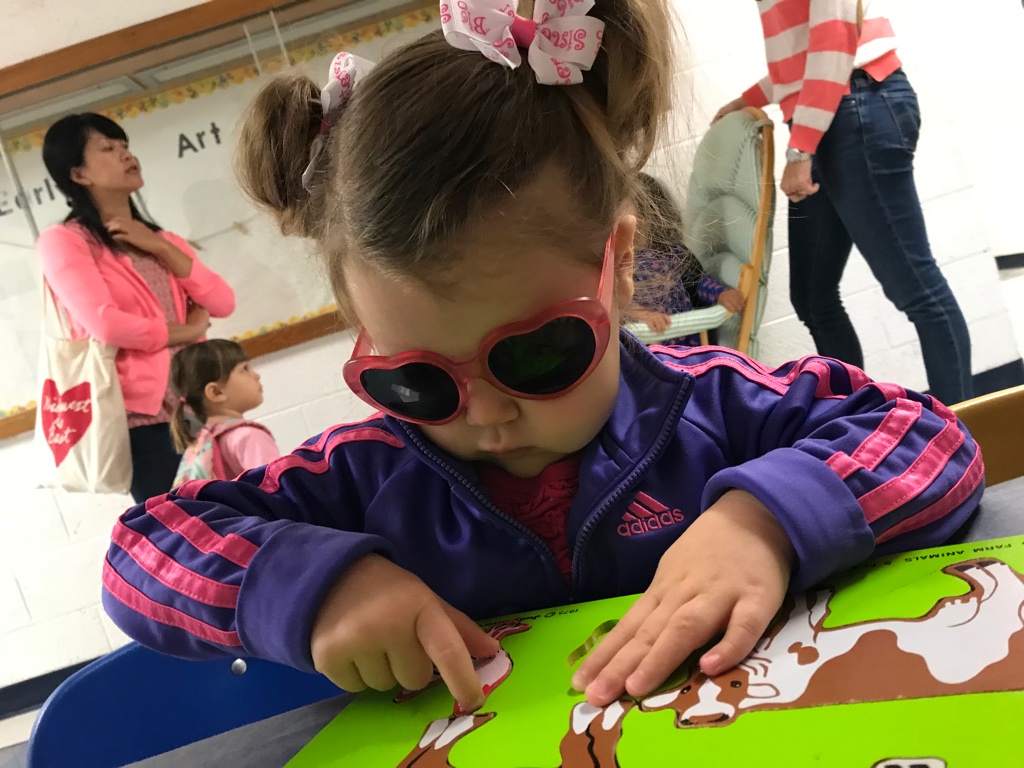 This week was all about leaves, and Lucy had a good time raking them up. 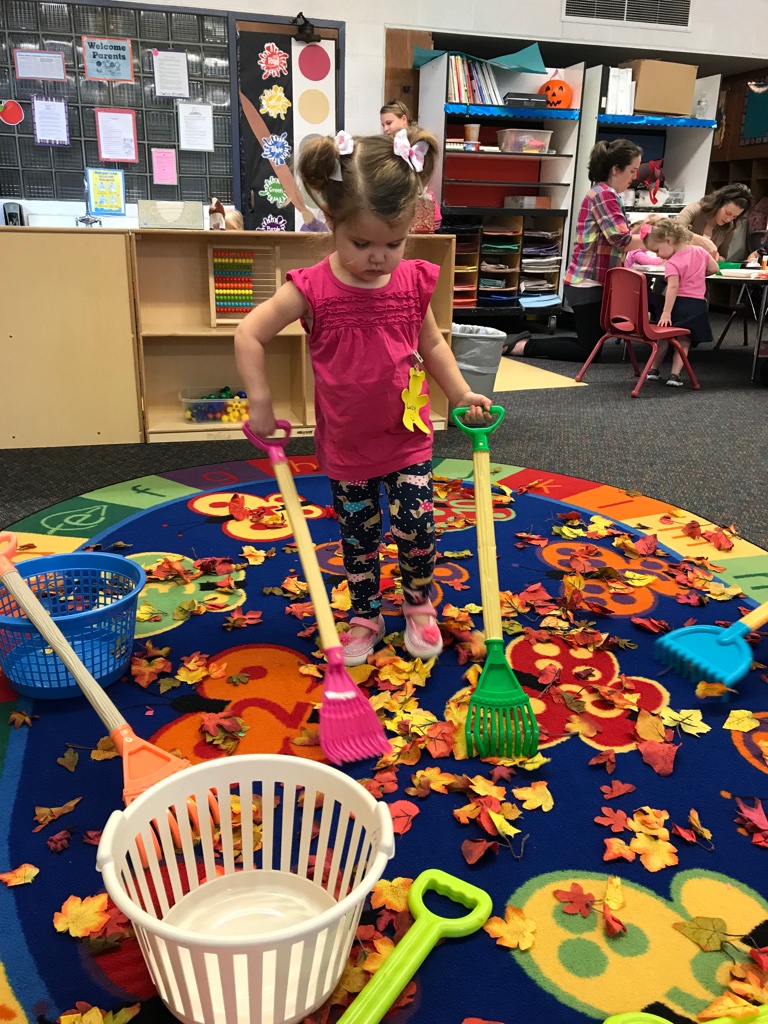 Sitting next to her teacher with some of her classmates. Lucy’s class is all girls! 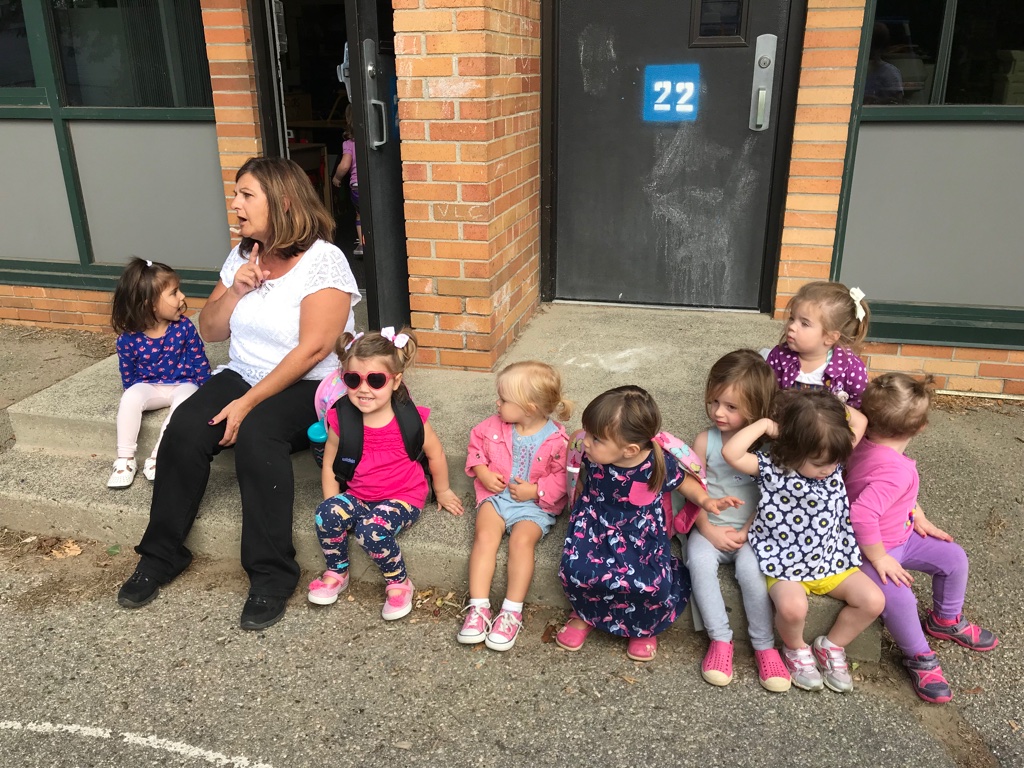 Lucy earned herself two donut holes at school on Tuesday. One for saying her name during Circle Time and another for sitting next to her teacher in the picture above. Bribery is now a popular tool in my parenting tool belt. 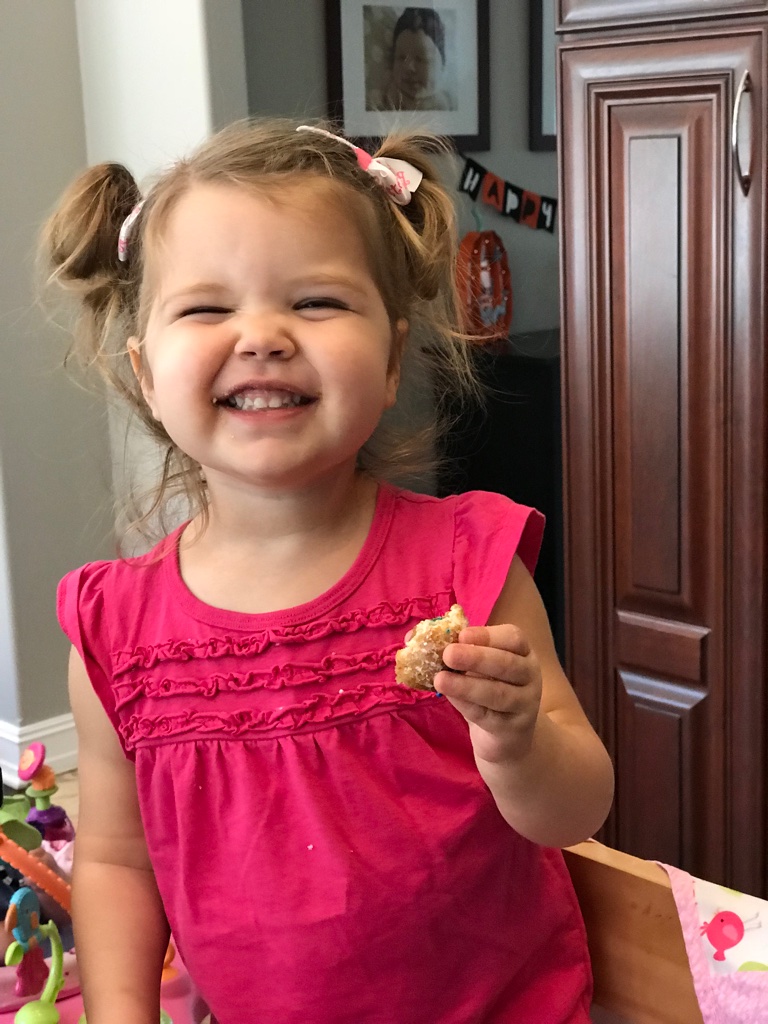 My two helpers opening and unpacking my giant Target order. 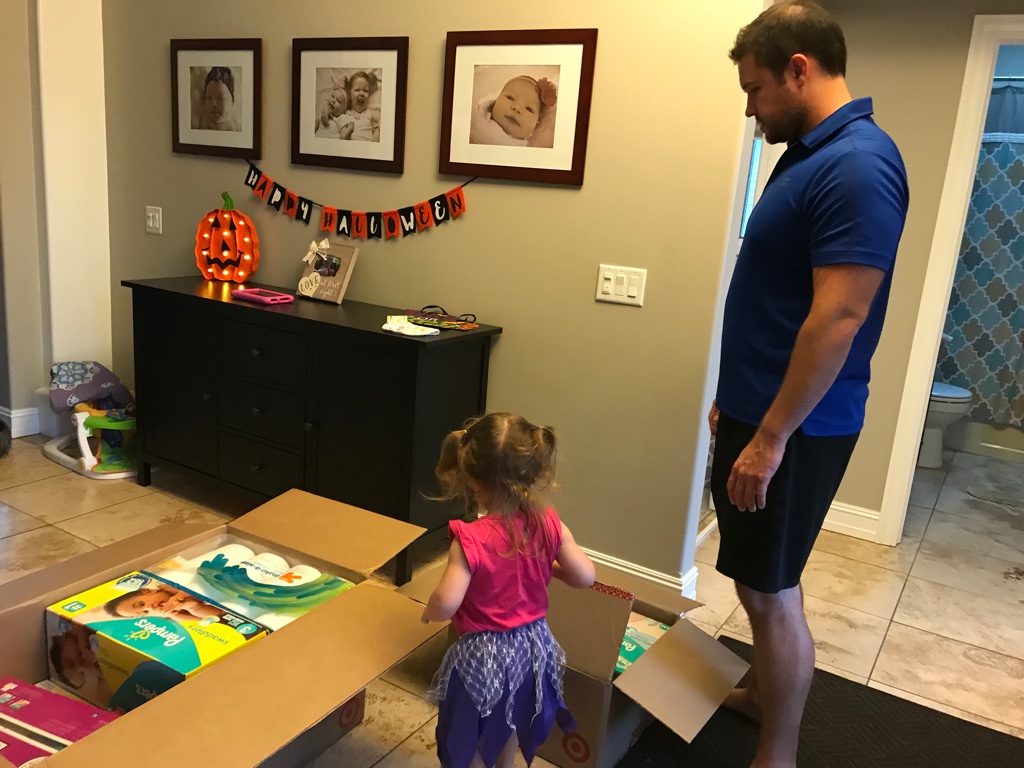 Banana chew toys are the best. Please notice all the drool. . . it never stops! 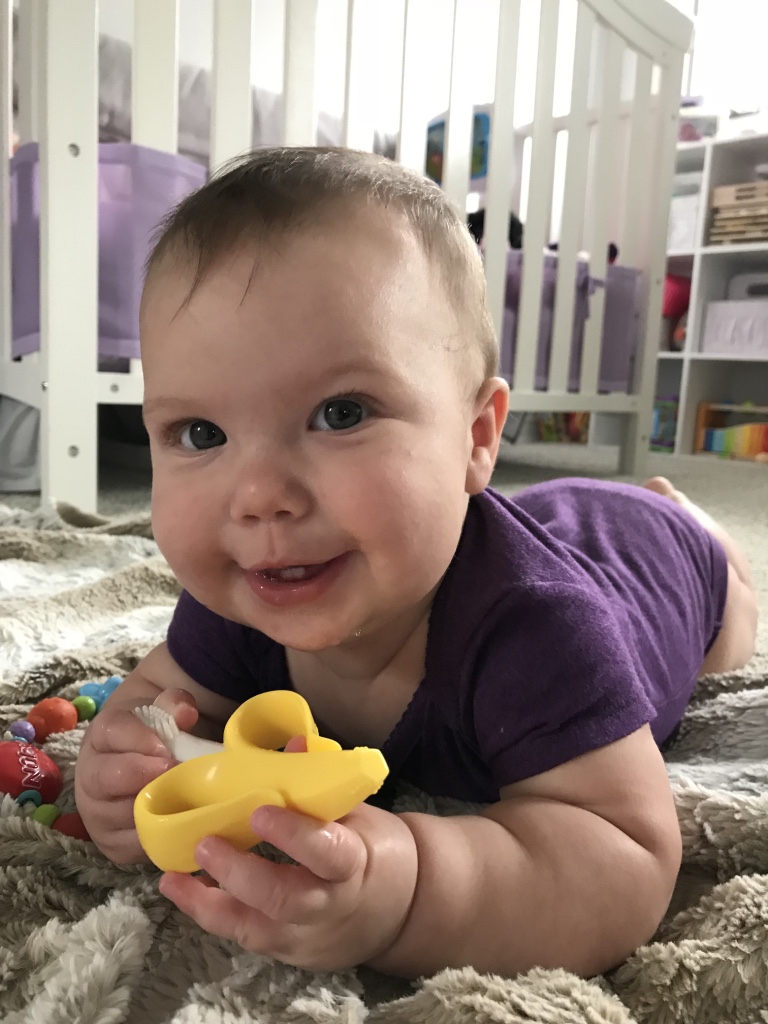 And that’s all she blogged. We don’t have any official plans for the weekend, but Matty is off on Friday so I’m hoping to make it to the Ann Arbor Hands On Museum. And maybe an apple orchard on Sunday. ‘Tis the season for cider and donuts!
Have a great weekend!
XOXO