Life lately can be summed up in four words: still pregnant, not sleeping.
I’m surviving with a lot of help from the grandparents. Lucy has been going through a napping regression, so it’s been hard on me being up all night with insomnia and then not getting a break during the day when Lucy skips her nap. Luckily, though, she’s been pretty darn cute lately and SUCH a chatterbox! My favorite line from the week so far is when Lucy pointed to Matty’s beer in the garage and said “Dadu drink the beer. Dadu take a nap.” #truth #sheunderstandshim
Here’s how Lu watched Daniel Tiger on Monday. So cozy! 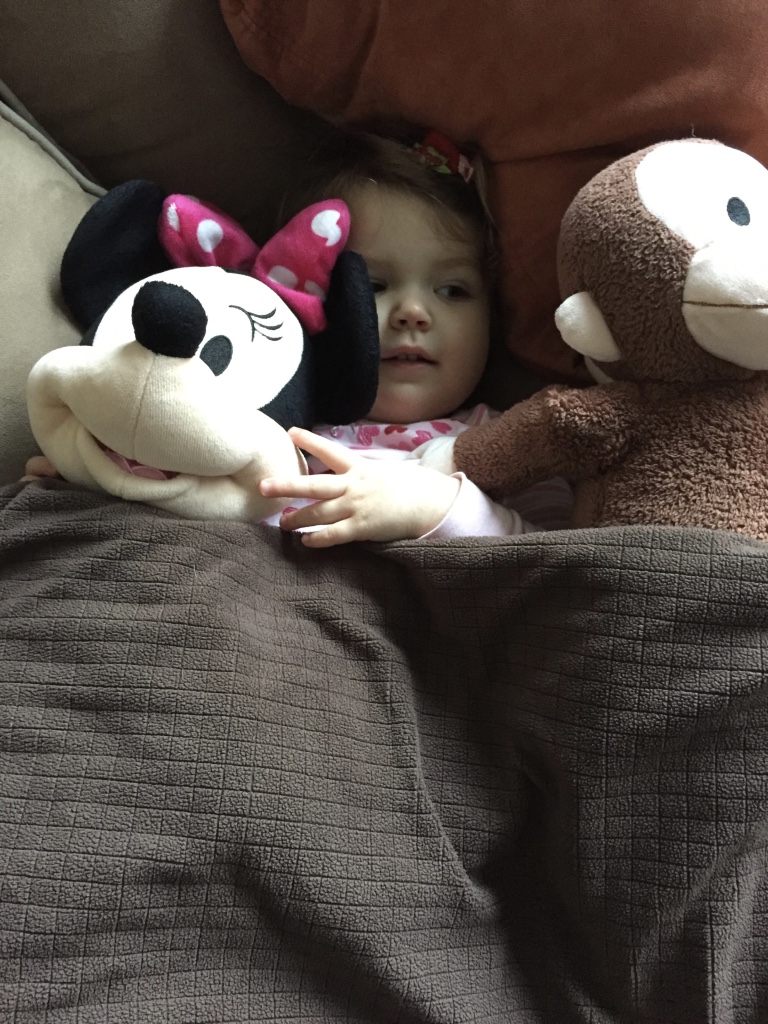 My Aunt Donna gave Lucy a few puzzles for Christmas, and I put one of them up in her closet to bring down at a later date. Well, that date was Monday and it kept her busy for quite some time. I think I should probably buy some new things and hide them away for when I’m feeding Emily or pumping milk and need to keep little Lucy Belle occupied. 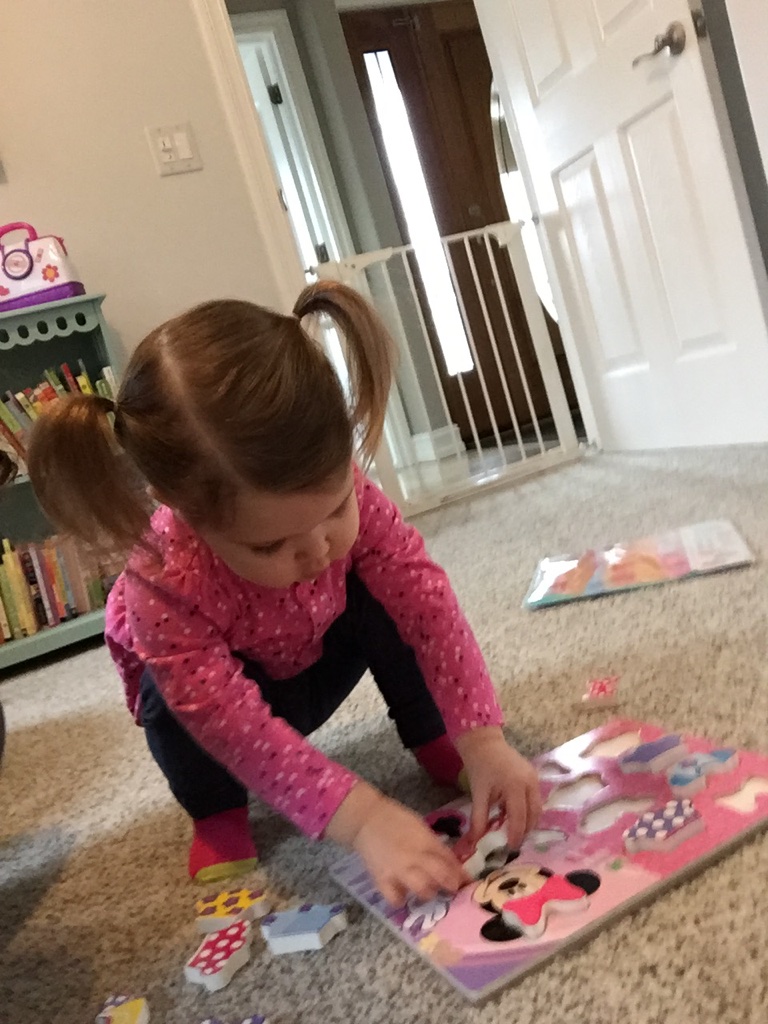 This pic is blurry, but isn’t she the cutest Big Sis you’ve ever seen?! Thank you, Bridget, for the shirt! Can’t wait until Emily fits into her Little Sis onesie! 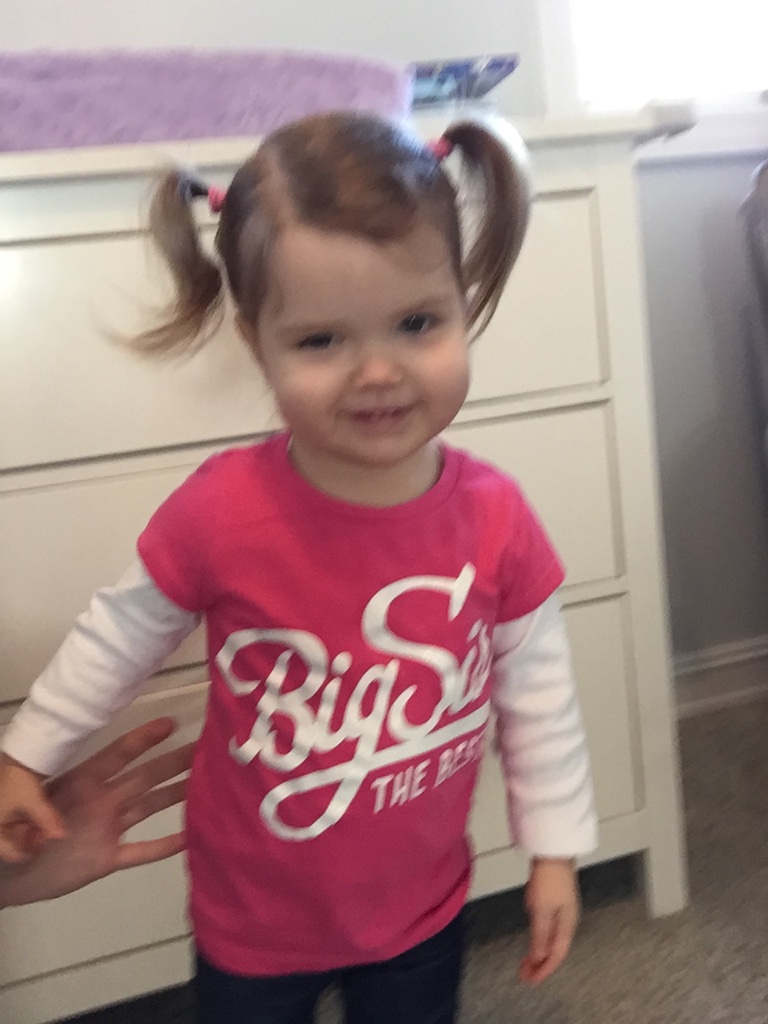 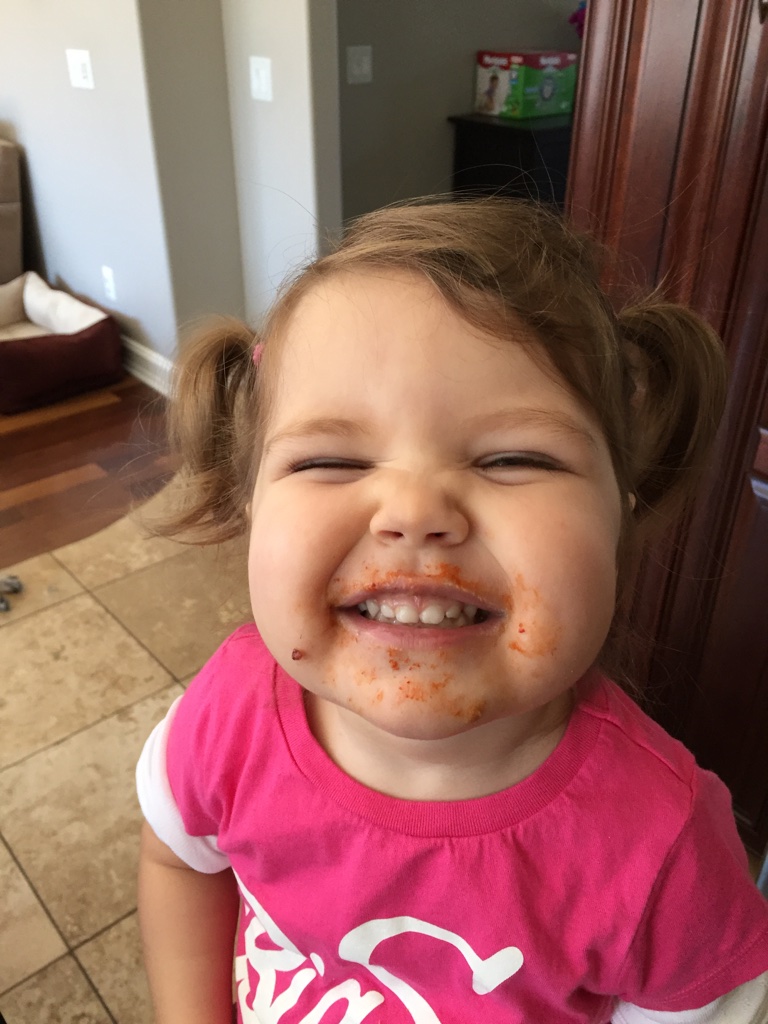 After a long day of no napping, sometimes I just get tired of saying “no.” Remind me to put snack bags on the grocery list! 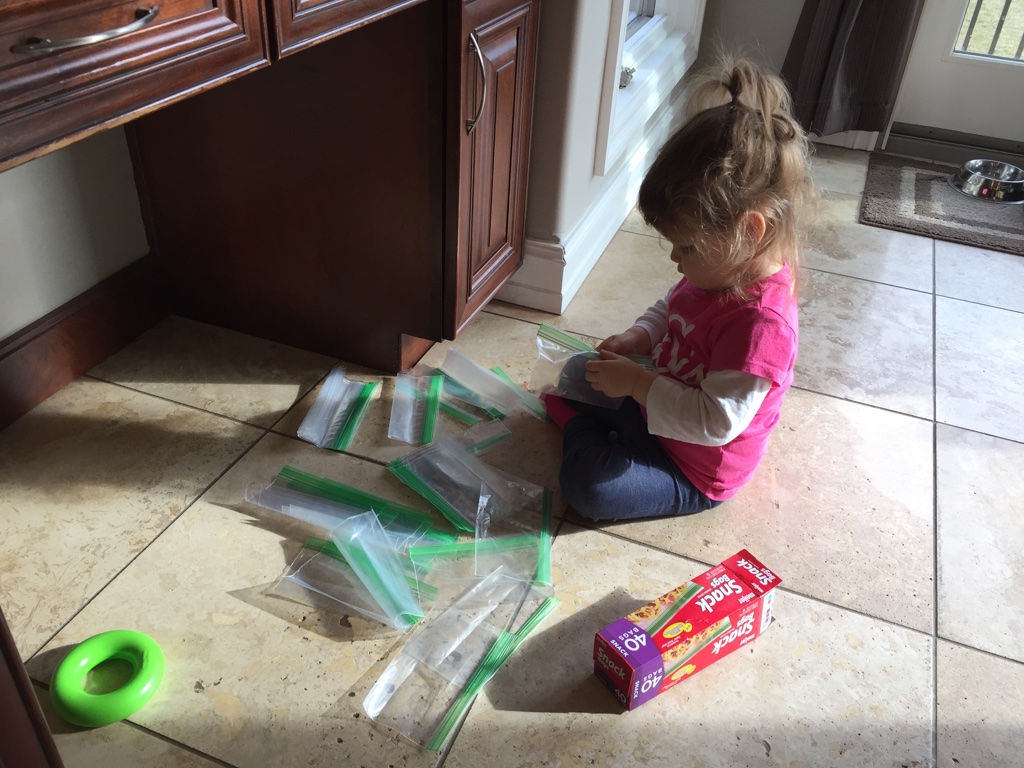 Jumping in puddles at the park. 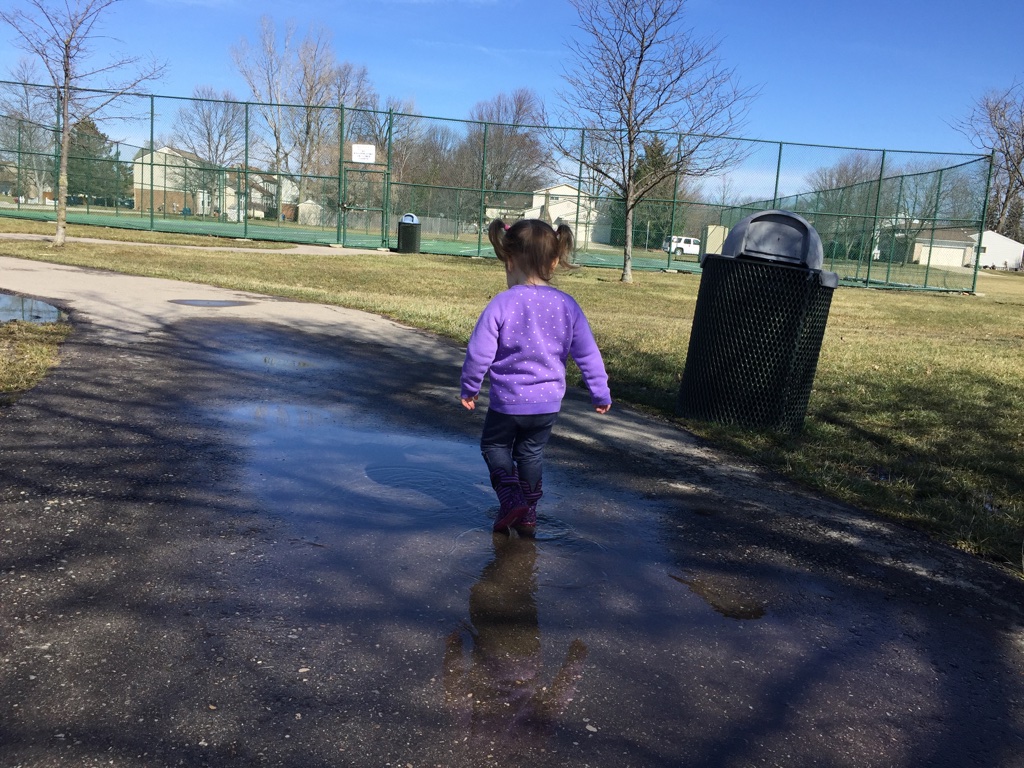 She sure does love when she gets the playground to herself! 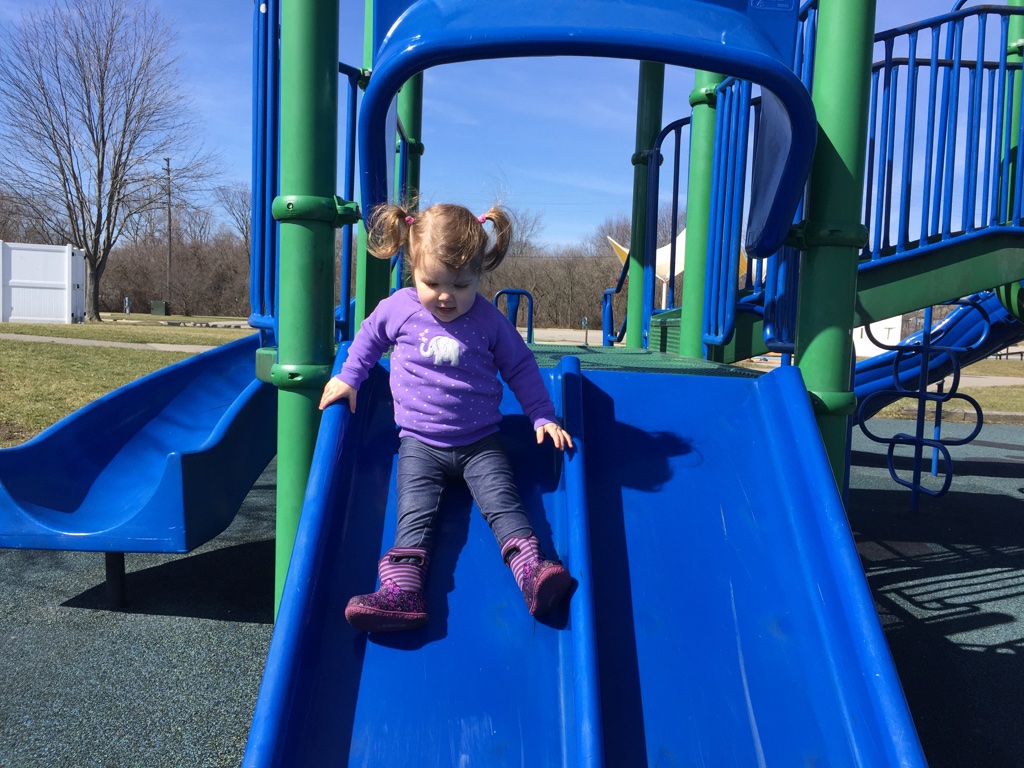 Matty stores our grill for the winter and has been super into cooking steaks in the cast iron skillet on a hot plate. He usually does it in the garage, but it makes it smell like meat for days which I really dislike. Tuesday was nice enough for him to sit and do it on the patio. He was super excited about some steak he bought from Busch’s that had been dry-aged for three weeks or some craziness like that. Apparently, it did not disappoint. 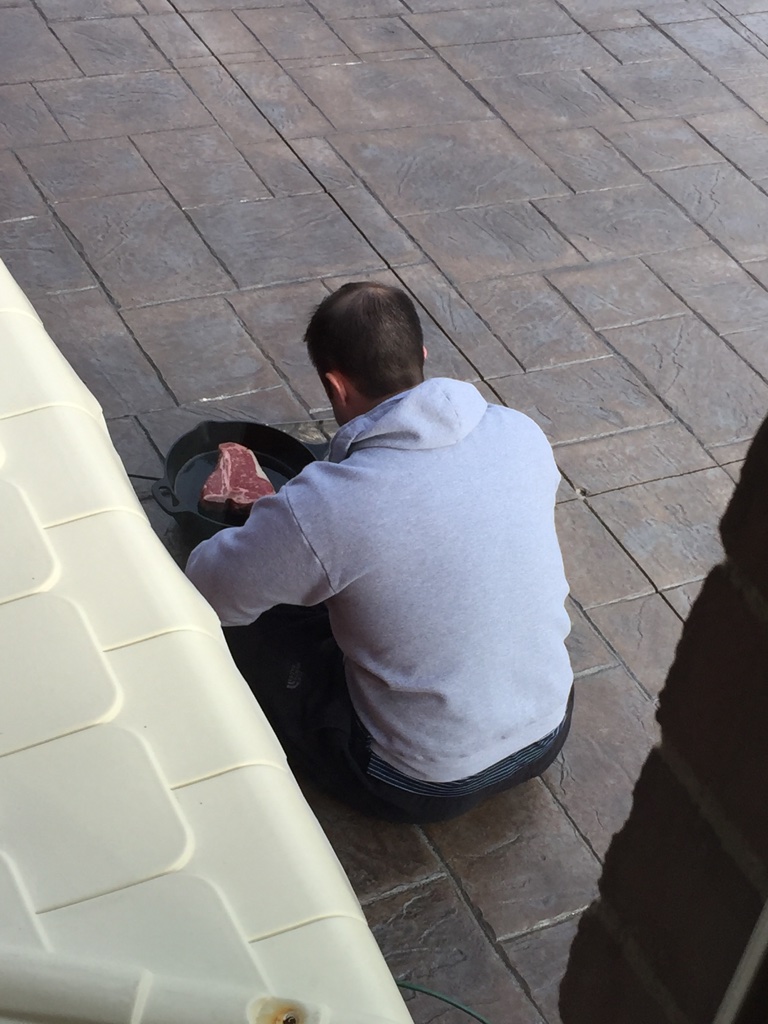 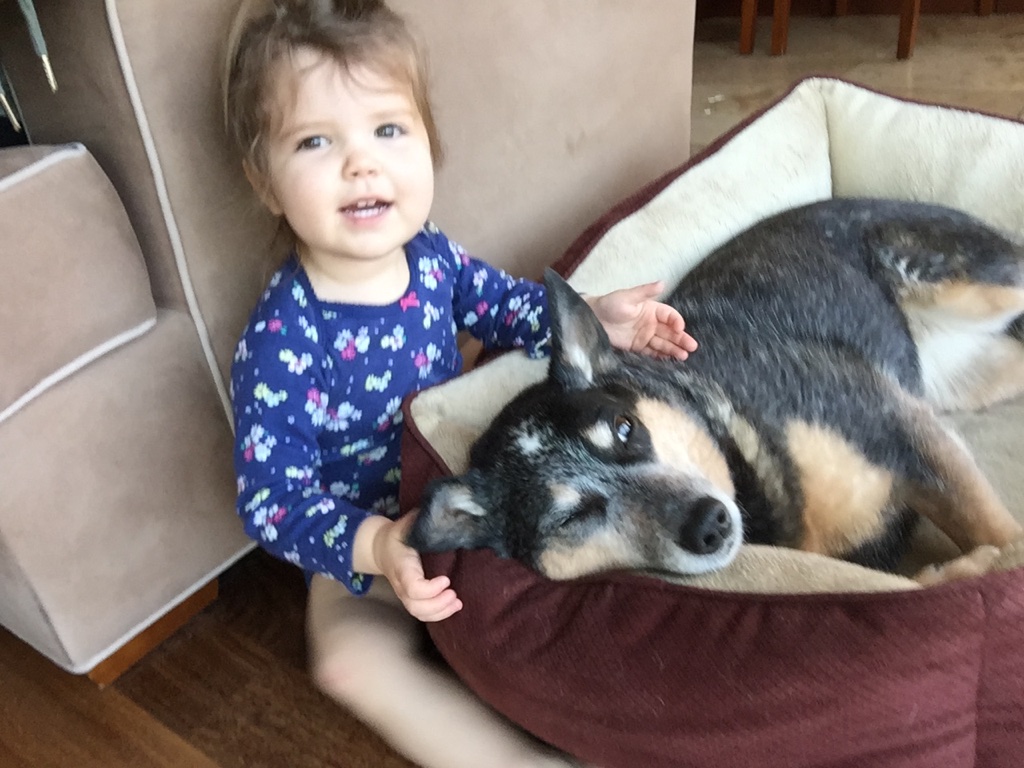 I added a few Easter touches this week. We took Lucy to a photo session with real bunnies and a lamb. The pictures are funny and will require their own post as we get closer to Easter. 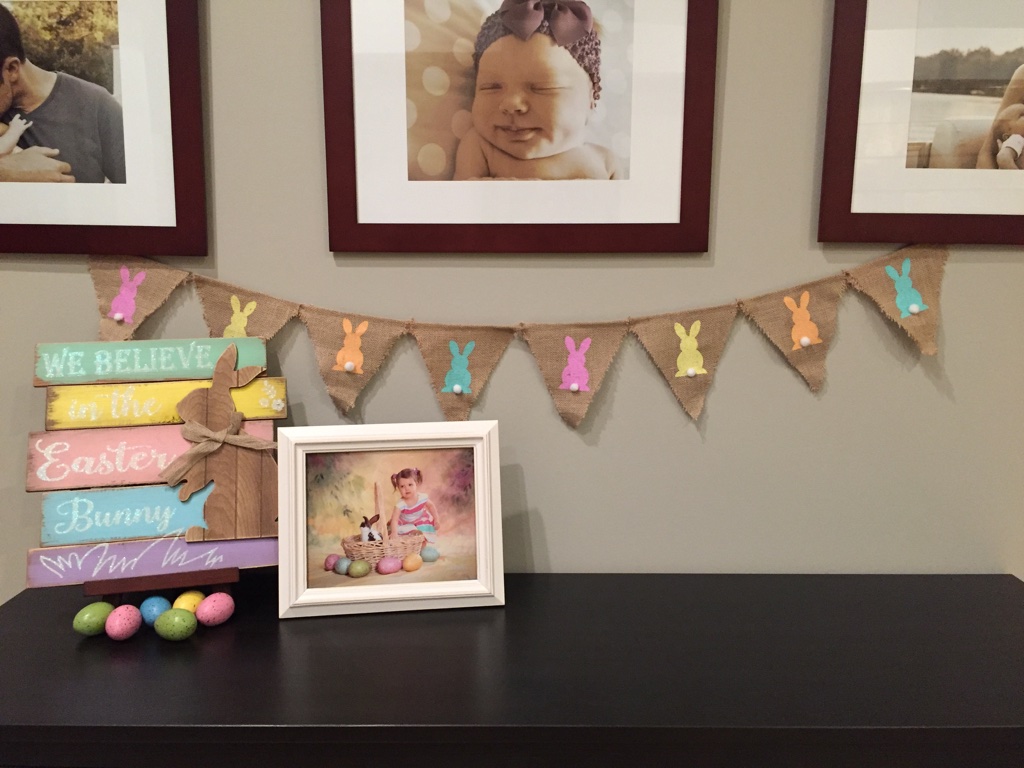 And that’s about it for our week so far. My parents took Lucy during the day yesterday so that I could try and get some sleep. Which I did . . . for exactly 17 minutes. And that was not for lack of trying!
Today is gymnastics day, so if Lucy doesn’t take at least a two hour nap I’ll be really surprised. Have a great weekend, if you don’t see a Weekend Recap on Monday morning . . . you’ll know why!! 😉
XOXO