Yesterday was one of the windiest days I can remember. Other than losing our trash can and two recycle bins, we came out of the day unscathed. Matty actually got to come home from work around 2:00 because his office lost power. Last night he got a text saying that his office was still without power and would be closed until at least 11:00 today. I was so excited! And then about half an hour later he got another text saying that power was restored to his office. #majorbummer #tease
We’ve had a busy week so far. Monday evening we went to an open house for the two-year-old Stay and Play program in our school district. We got to see the classroom and meet the teacher. Lucy was pretty nervous and overwhelmed with all the people, but she quickly found a baby and a stroller to keep her busy. We’ll start the program in September, and I’m pretty excited about it. 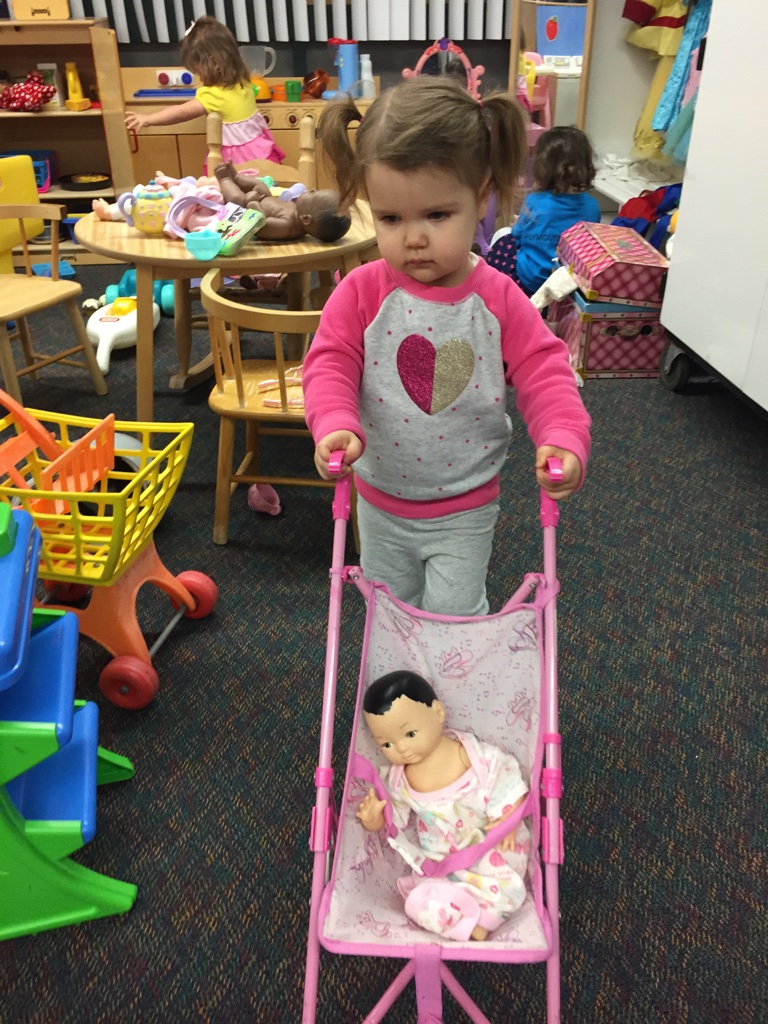 Lucy is experiencing some major daddy separation anxiety in the mornings. It doesn’t matter if she wakes up to see him before he leaves or if he’s already gone when she wakes up . . . she cries and cries for dadu. Tuesday morning I tried to distract her by making blueberry muffins, and it worked for awhile. My little helper did a great job putting the wrappers in the muffin tin. 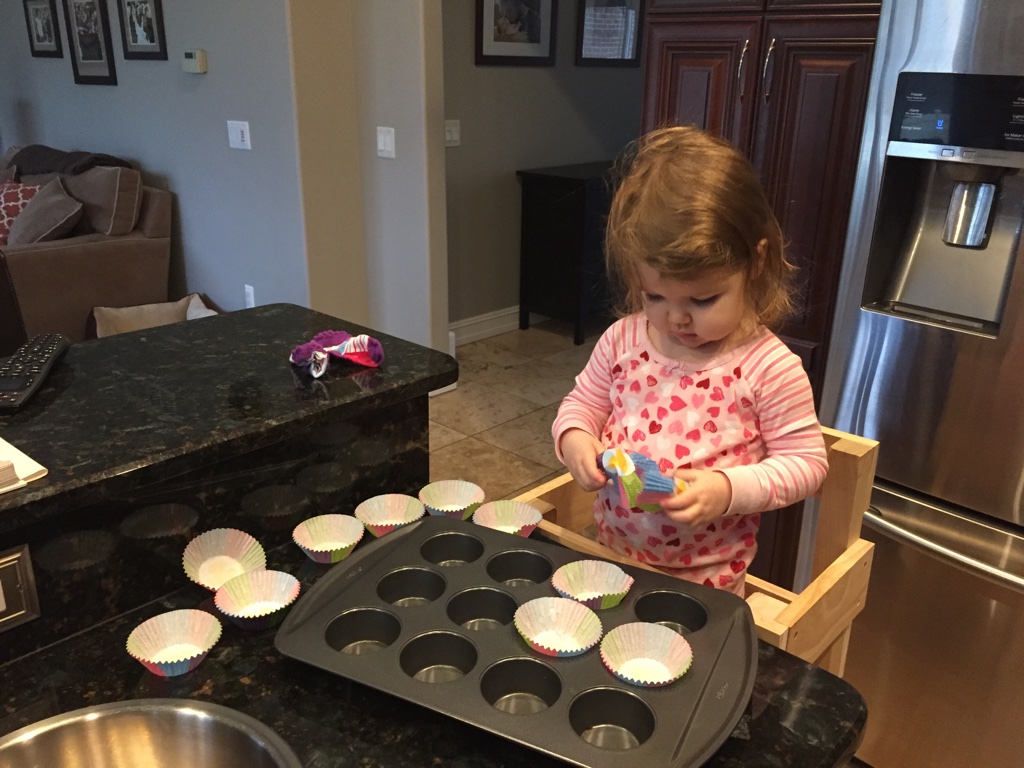 Matty took this little gem of Snort. I’m telling you, 10 years ago it was nearly impossible to ever catch this guy with his eyes closed. Now, he snoozes all the time and we can walk into the room, call his name, and take his picture without him even waking up. 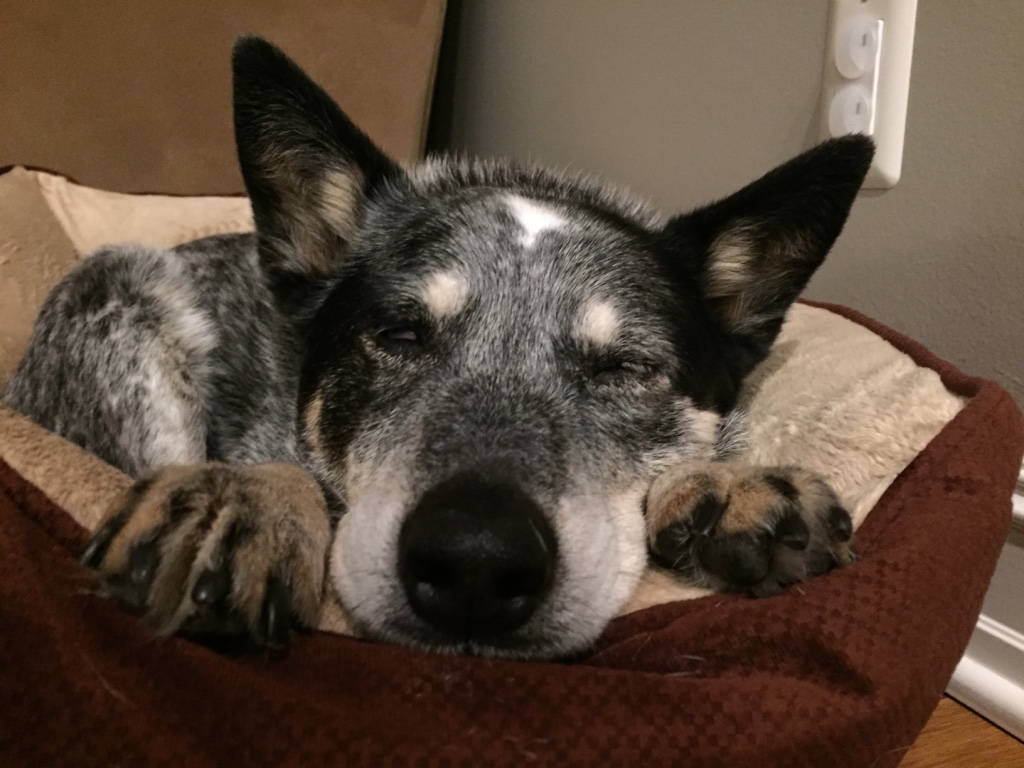 We got out the paint yesterday to do an art project, and Lucy had a great time playing around. 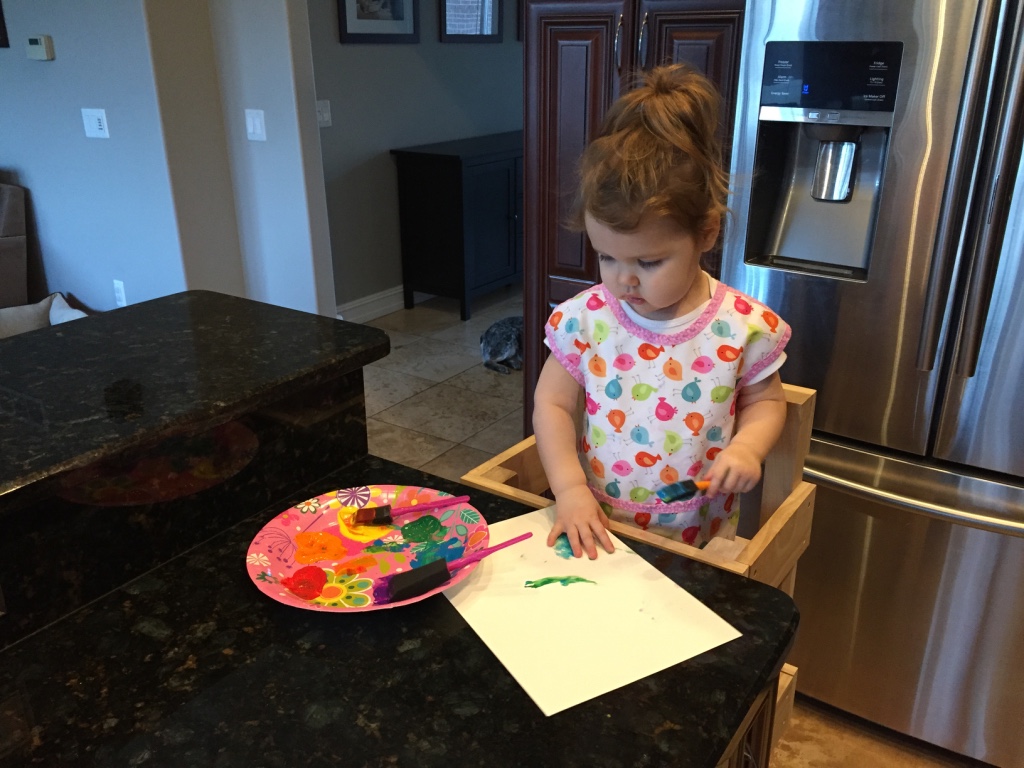 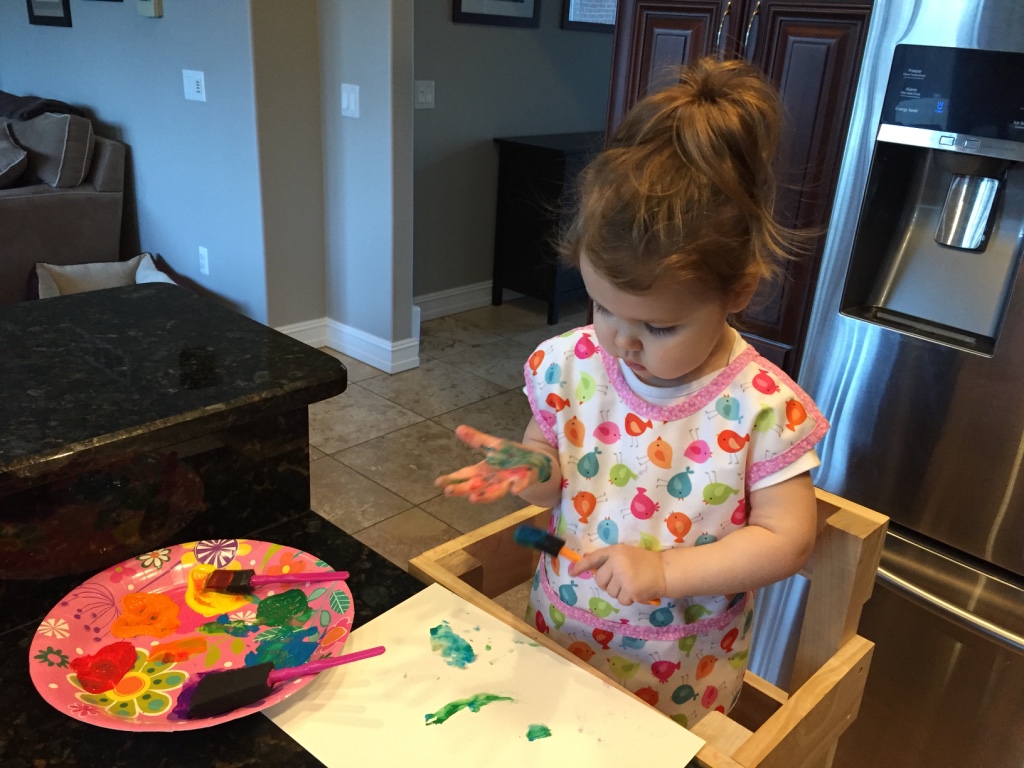 The finished product . . . with mama’s help, of course. Lucy’s handwriting isn’t nearly as neat as mine yet. 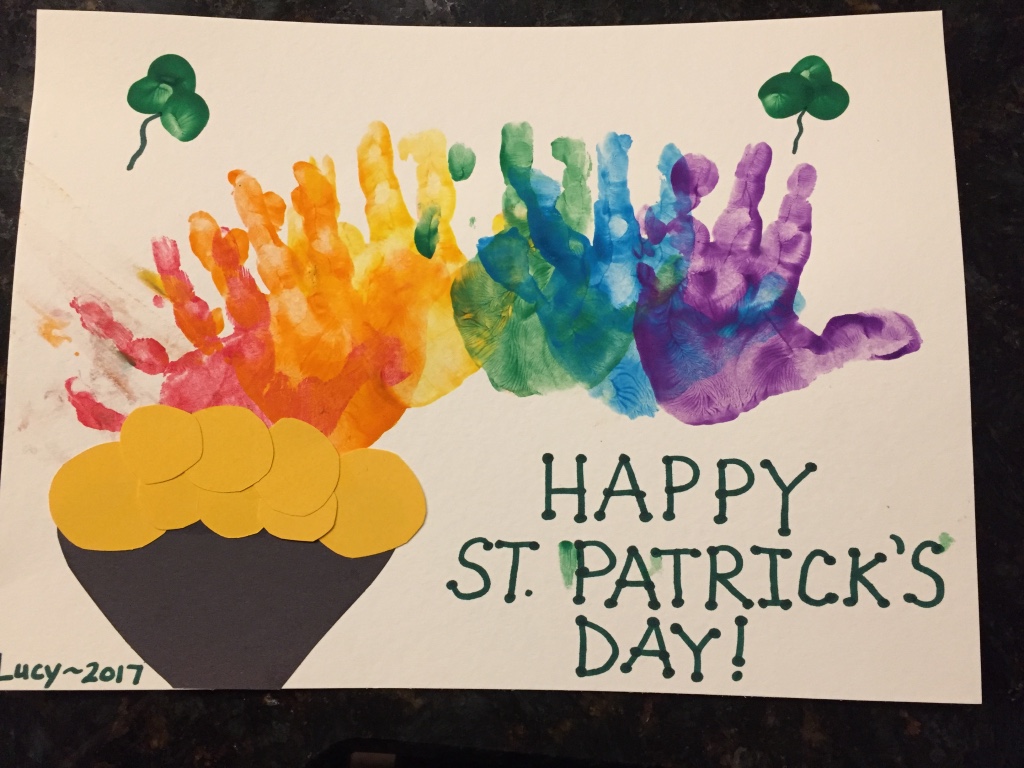 Last night we went to visit Grandma Ri, and we went out for Mexican food. 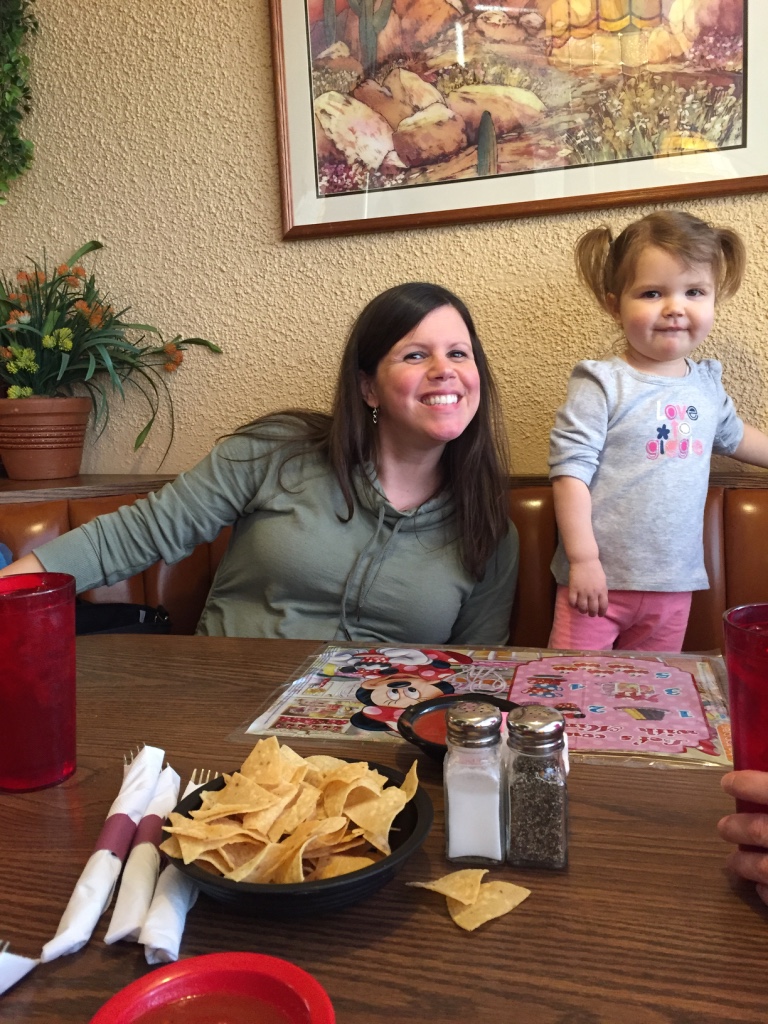 Lucy spent the majority of the time reaching for chips . . . 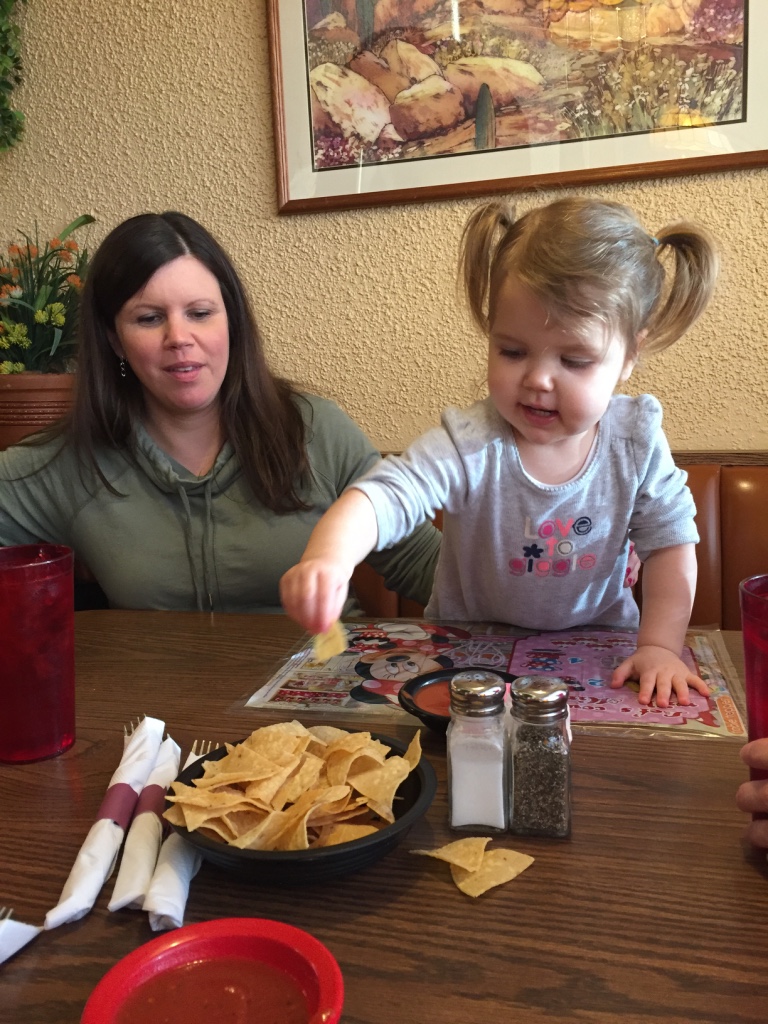 . . . and dipping them in salsa and then feeding them to everyone. 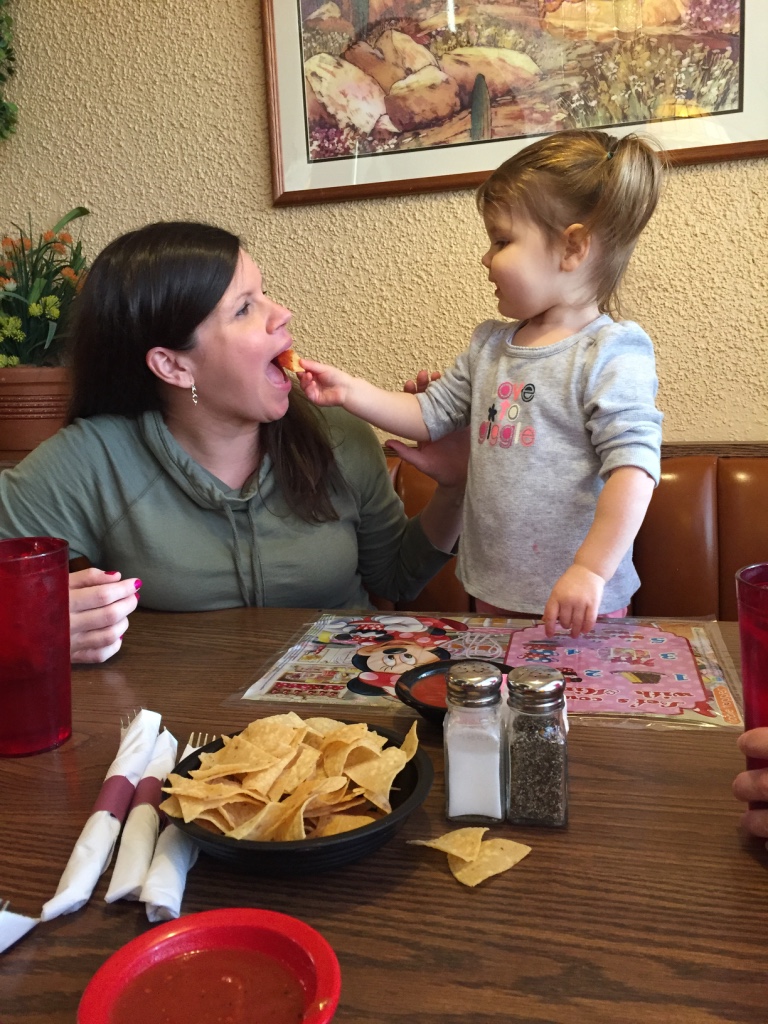 Matty said I should post his dinner. He got the Wet Burrito and thoroughly enjoyed the half of it that he ate. 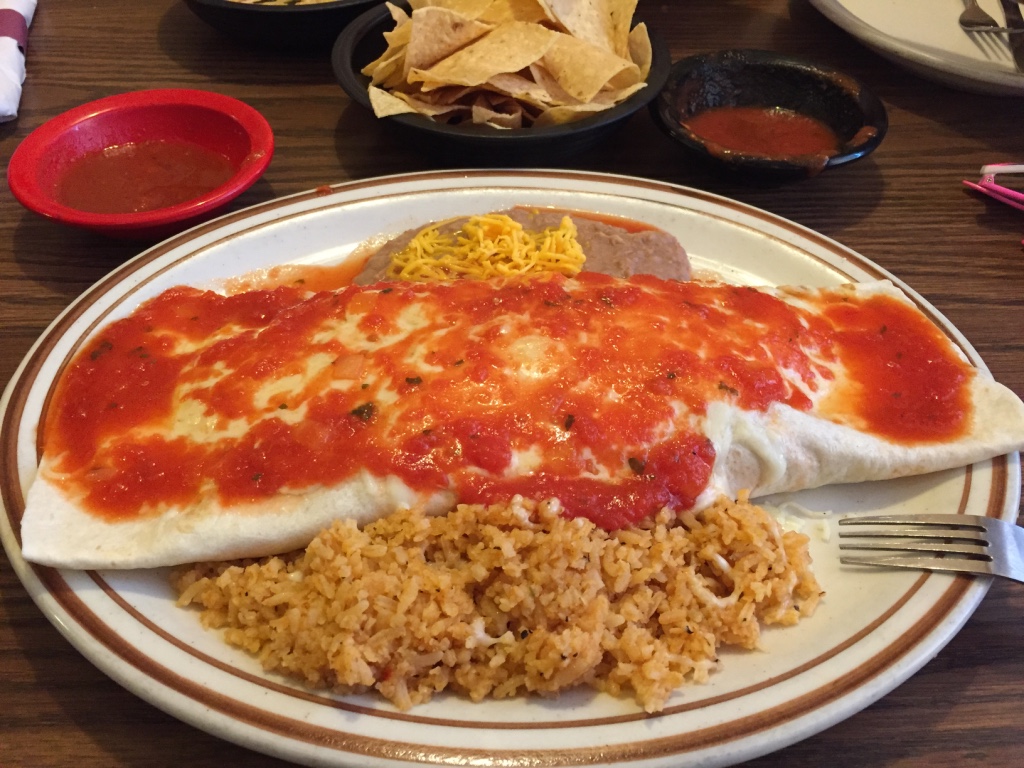 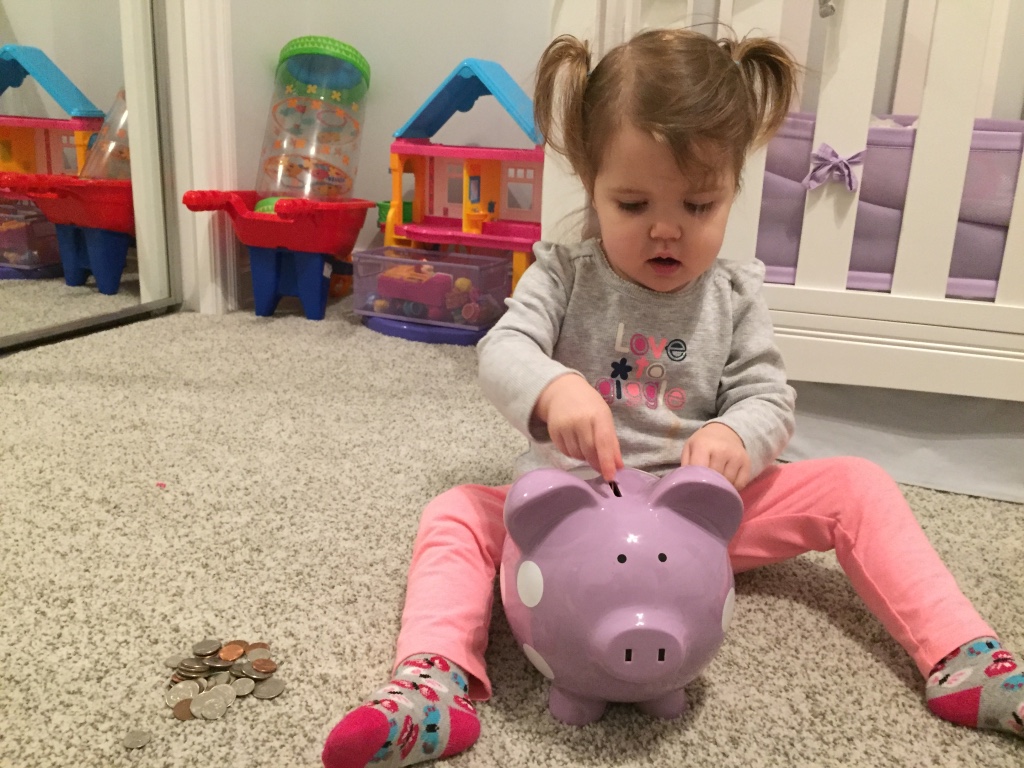 It makes Lucy happy to feed her pig! 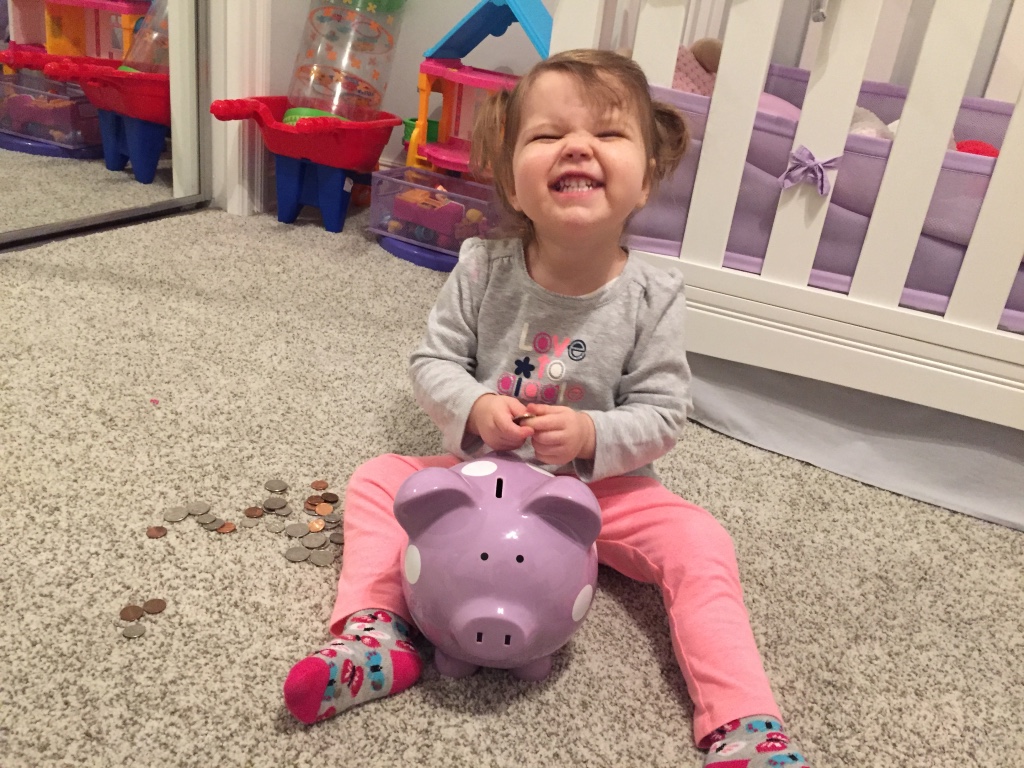 She gave me the sweetest snuggles on the couch. And then threw an epic tantrum about five minutes later in the bathtub. And I thought the pregnant lady was the one who was supposed to have mood swings! 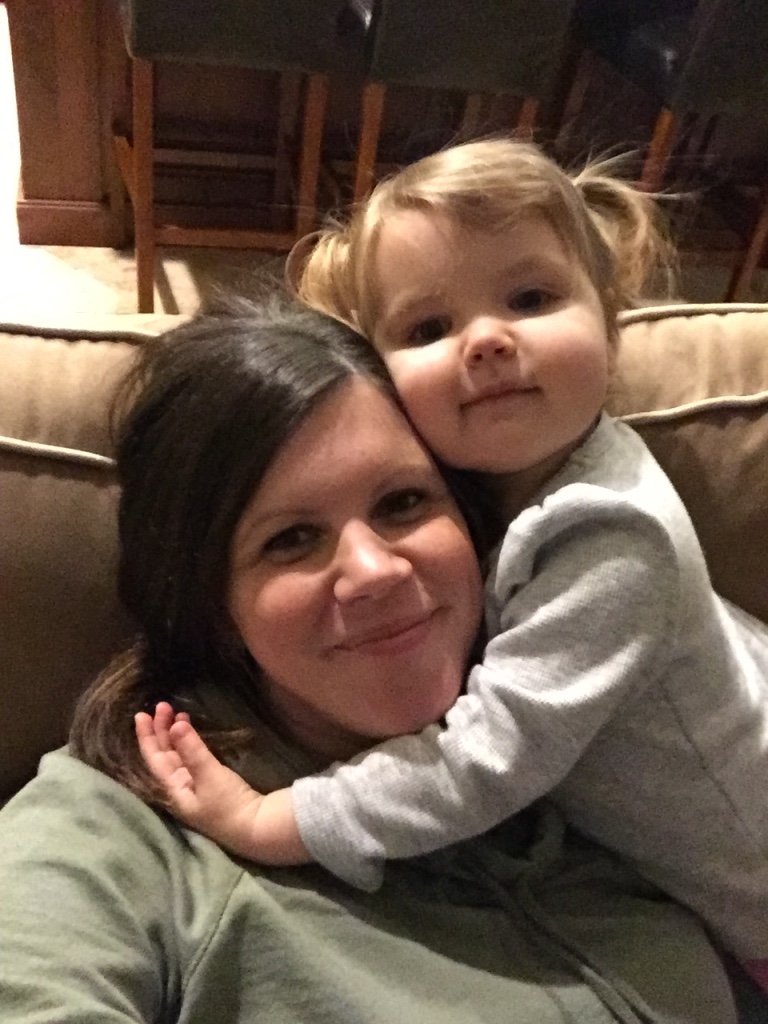 And that’s our week so far. Today we have Open Gym at the gymnastics facility. Matty is planning on meeting us there to watch Lucy play, and it’s all Lu has been talking about all week. “Gym Thursday. Dadu comes!”
On Saturday we are headed to Grand Rapids to visit the Beatons and FINALLY meet baby Theo. We had originally planned to go several weeks ago . . . and then Matty and I both got that awful stomach flu. Here’s hoping we don’t have a repeat performance!
We lose an hour on Sunday, which is a major bummer, but I do look forward to it being lighter outside later into the evenings. Lucy had one bad night right after the time change in the fall, which I guess isn’t terrible. Let’s hope she adjusts quickly this time as well.
Have a great weekend!
XOXO