We had a great weekend here at the Kissel house. We relaxed, we went on an adventure, and we got some chores done. I’d call that a success!
Lucy has really been enjoying reading to her stuffies lately, and I think it’s just the cutest! 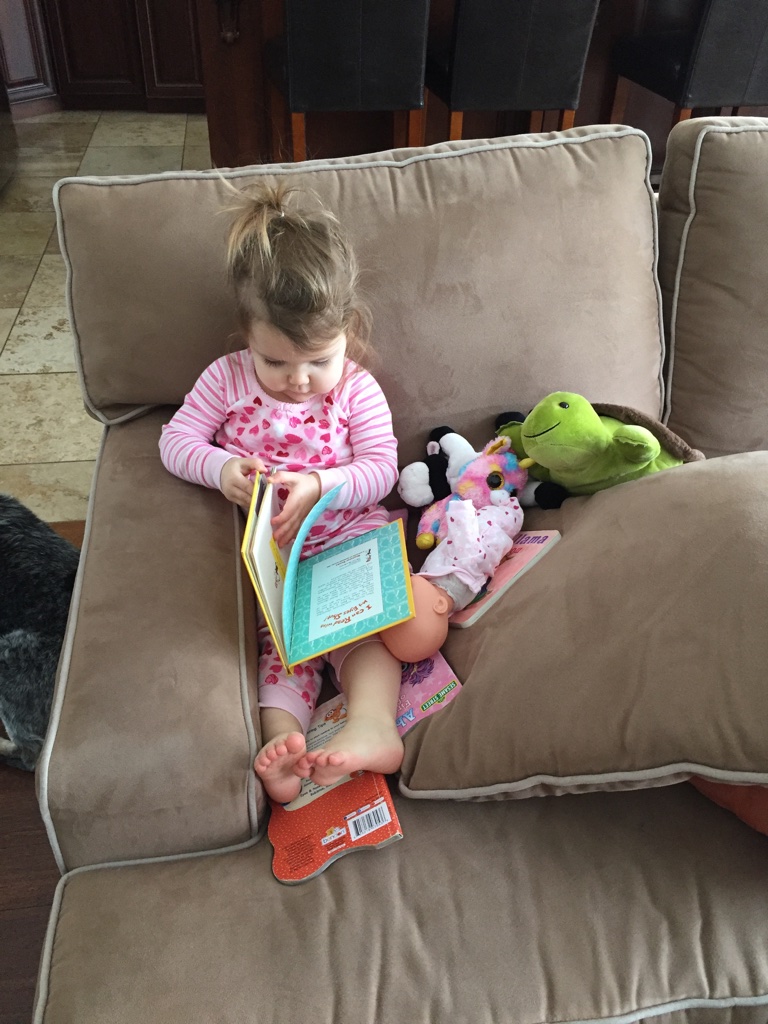 Thursday morning we tried out a gymnastics place for the first time. They have open gym for toddlers for an hour and a half. Lucy and her friends had a blast!
Future Olympic gymnast? 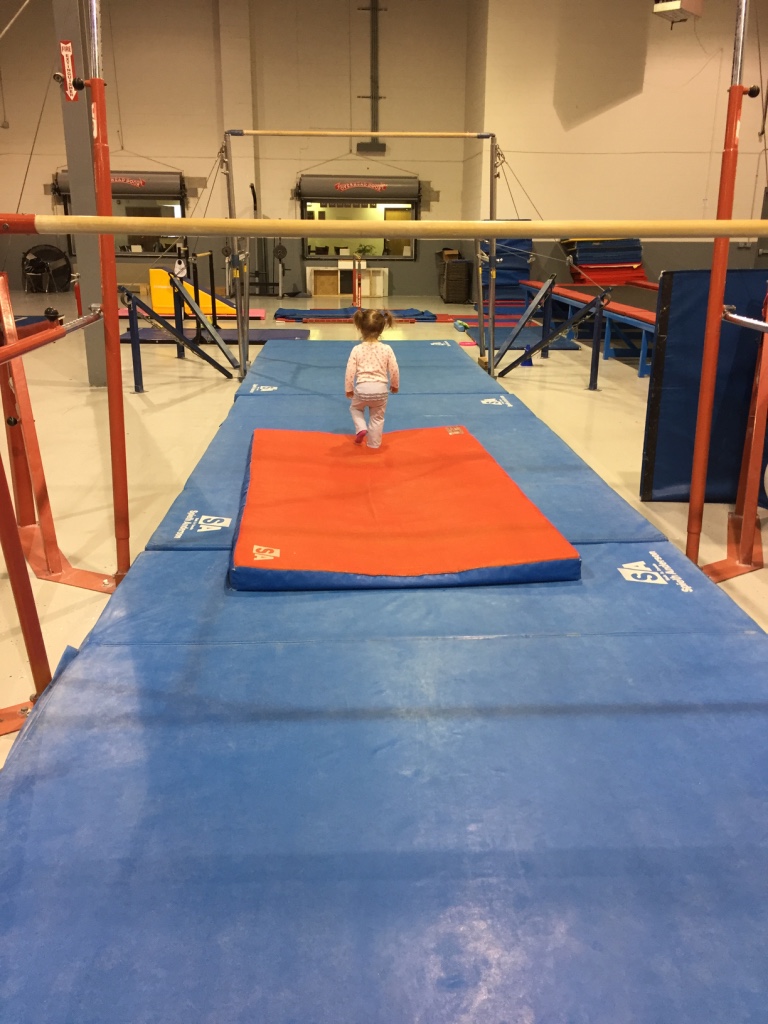 This massive foam block pit was a hit. We literally just picked the girlies up and tossed them right in. I caught myself thinking that it would be handy to have one of these at home. When Lu is fighting me on her diaper changes and I’m getting frustrated, I could just launch her in and relieve a little stress! 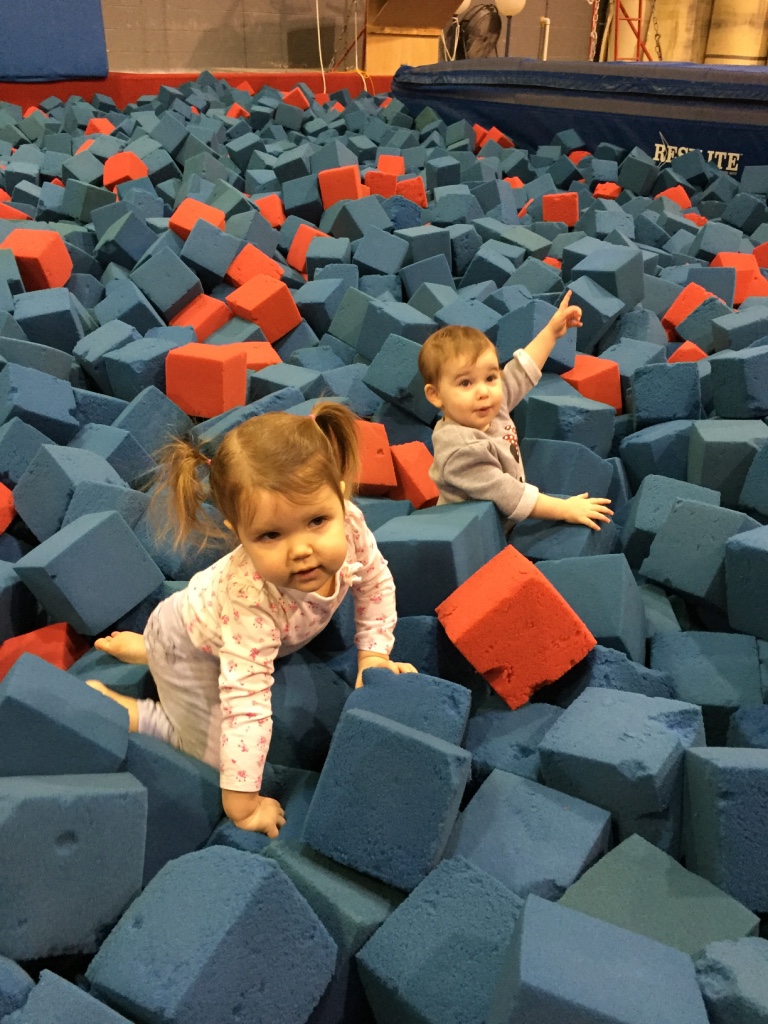 As usual, Lisa was kind enough to run after Lu when she took off rather quickly. This pregnant mama couldn’t quite get up off the edge of the ball pit fast enough. ha! 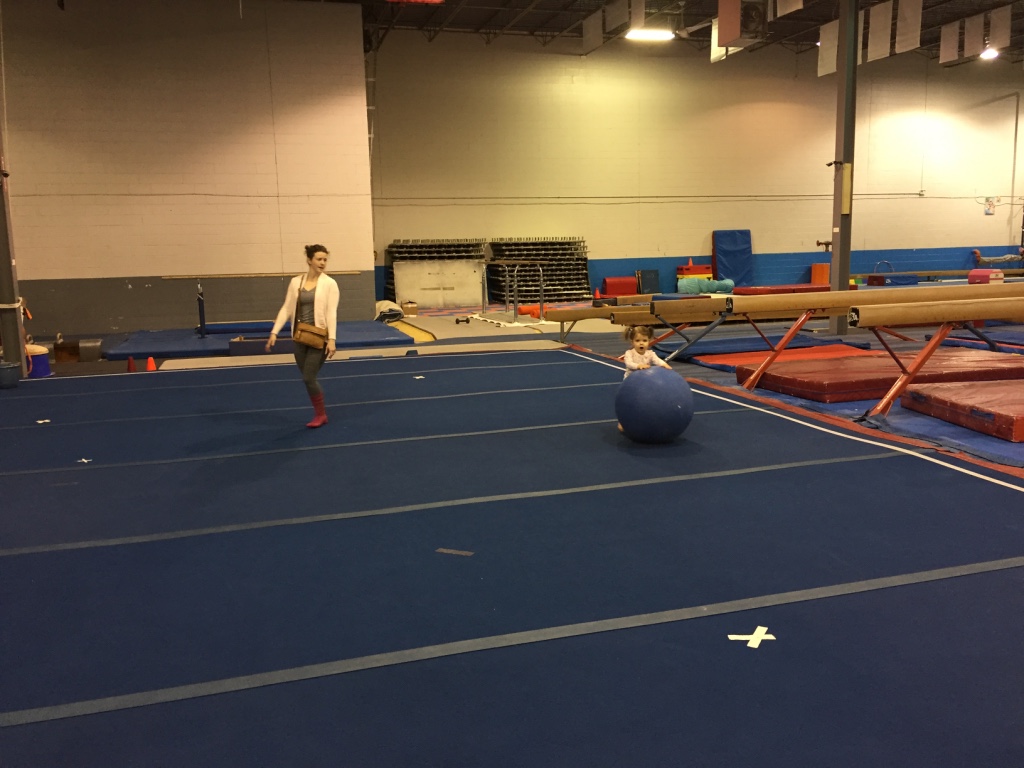 This car cart kept Lucy occupied for about 10 minutes. That’s 10 minutes that she was contained, so I was happy! 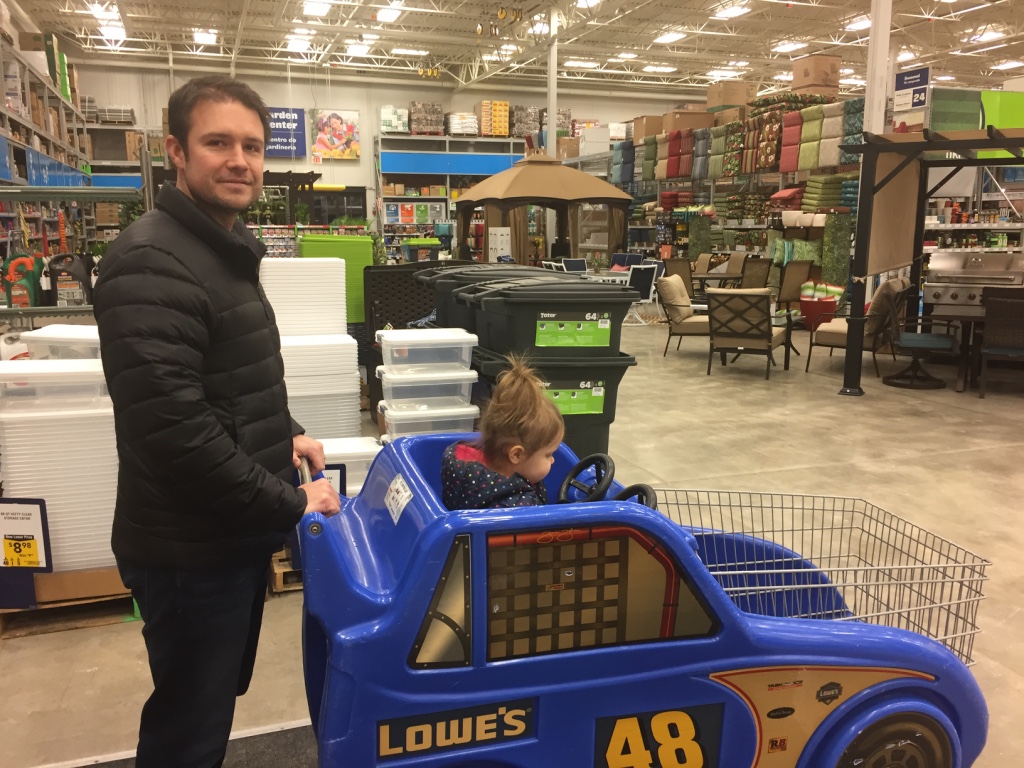 My birthday gift from Matty arrived, and I’m in love! 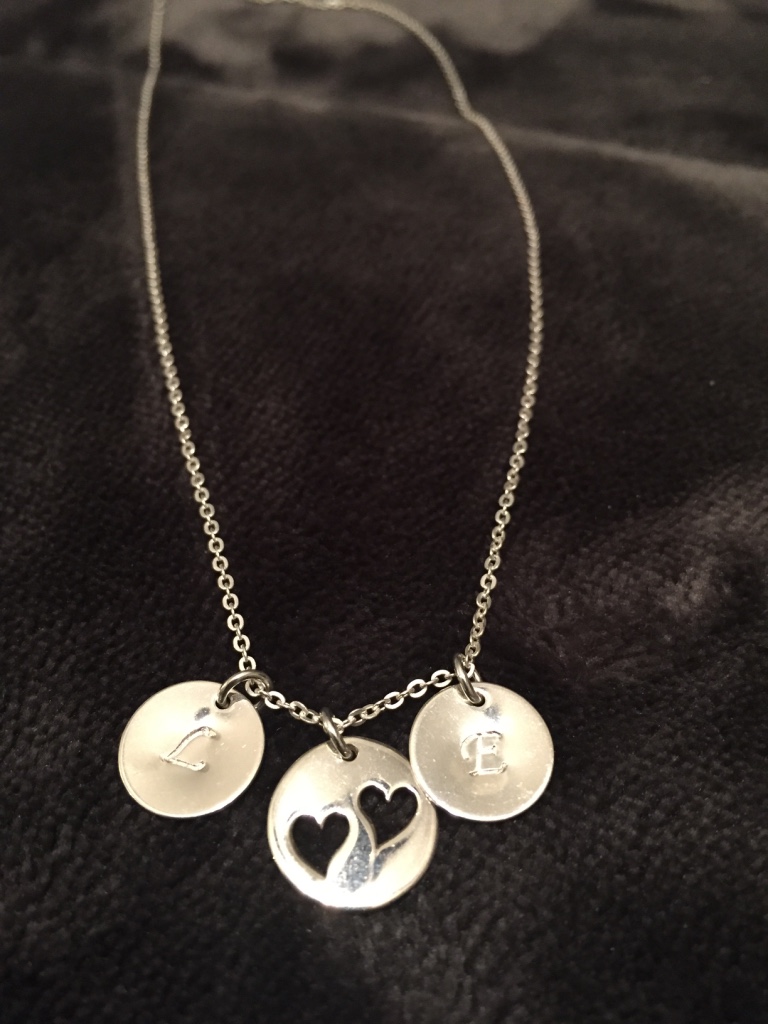 LuLu woke up with the craziest hair she’s ever had on Friday morning. 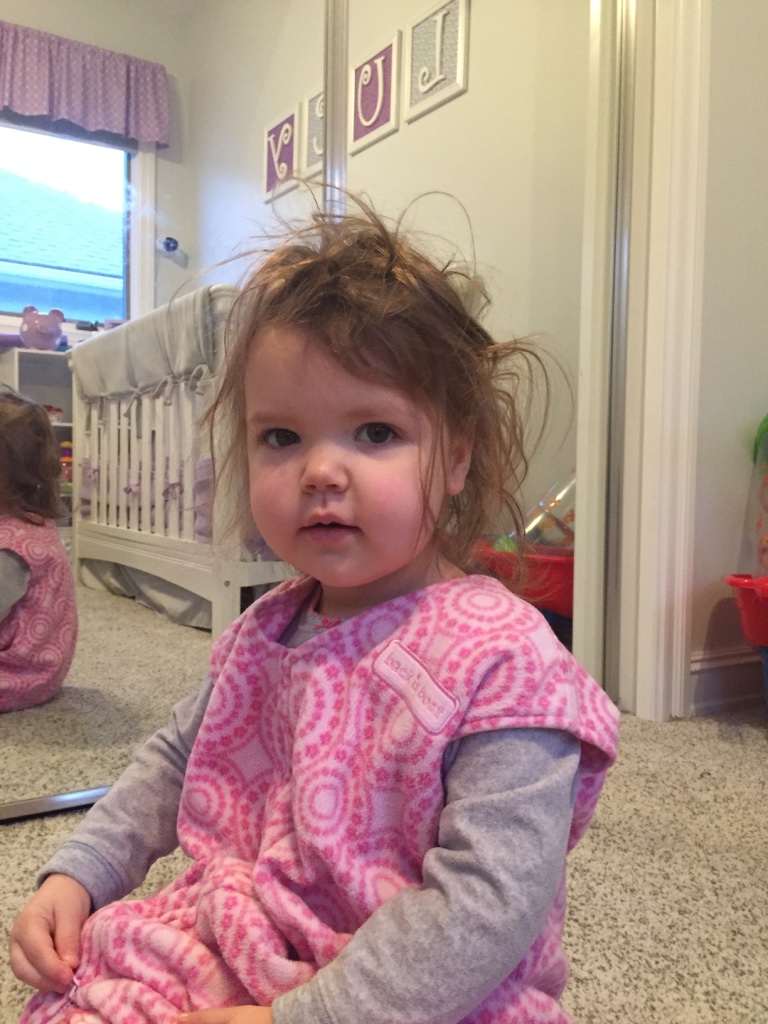 She was excited about the cute Valentine’s Day books that Aunt Carla sent over for her. 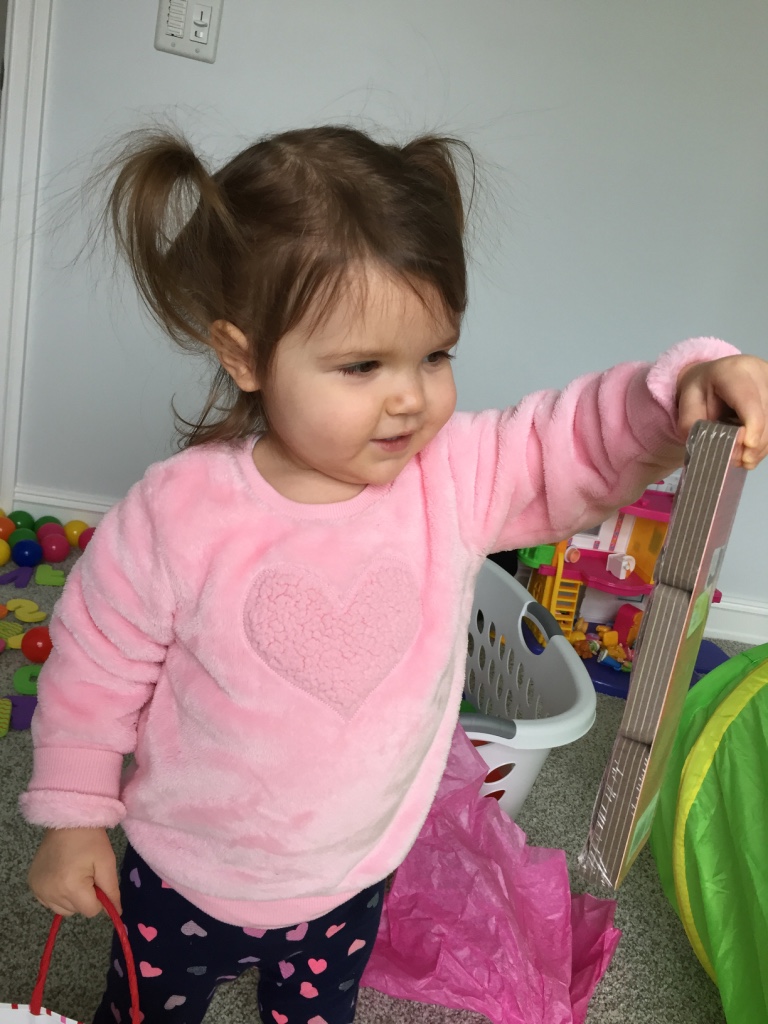 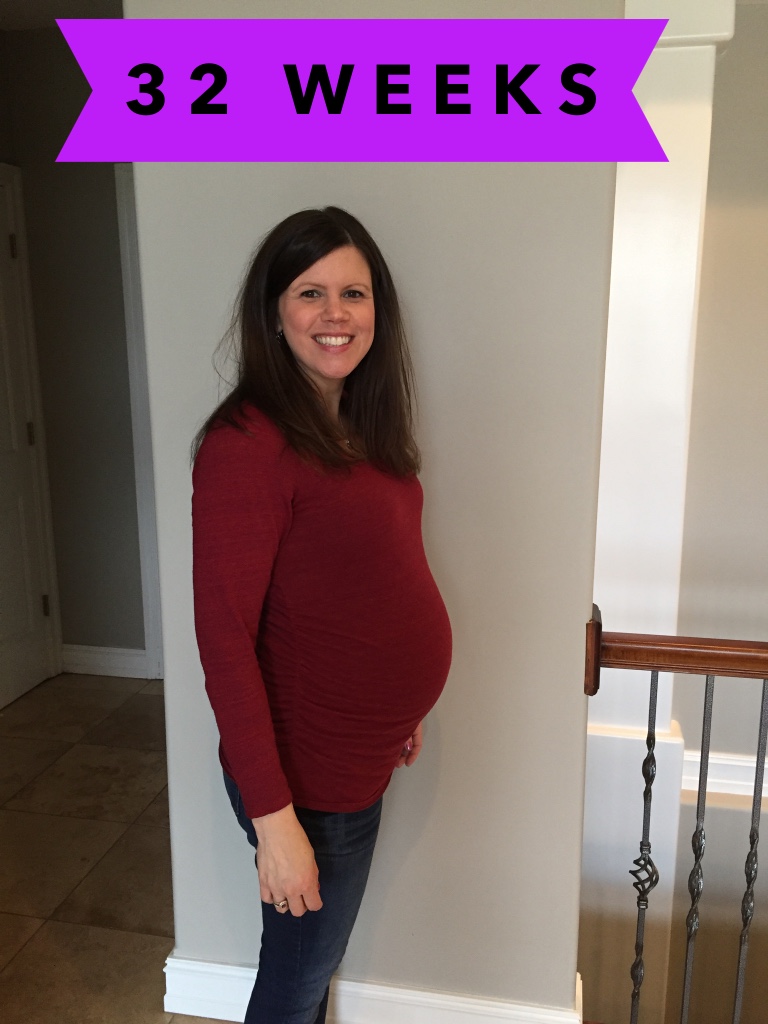 So this was our setup for our Friday night. The recliner on the left is the new one we got for Emily’s nursery. The darker one on the right used to be Matt’s mom’s and now lives in our basement. Matty has been dying to use them in our family room, but there isn’t really a place to put a big chair. So on Friday evening he brought both of them out and plopped them in front of the couch for the weekend . . . and he was in heaven! 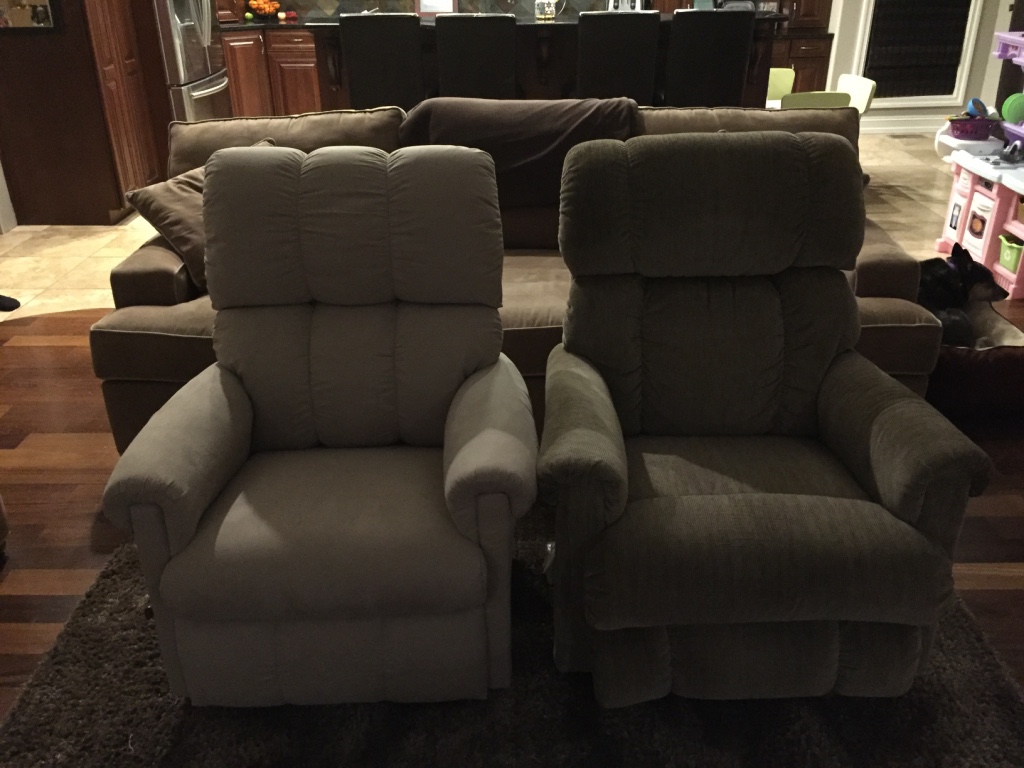 Saturday afternoon we went to the SeaLife Aquarium at Great Lakes Crossing. We met one of Matty’s coworkers and his family there as well. The girlies had fun, and we enjoyed it too, but I do think it was a bit overpriced for what was there.
The layout of the aquarium was obviously not designed by someone with a young child. They had this touch pool right at the very beginning. Lucy loved it, and all I heard for the rest of the visit was “touch water, touch water!” as we walked through everything else. This should have been the very LAST activity of the visit! 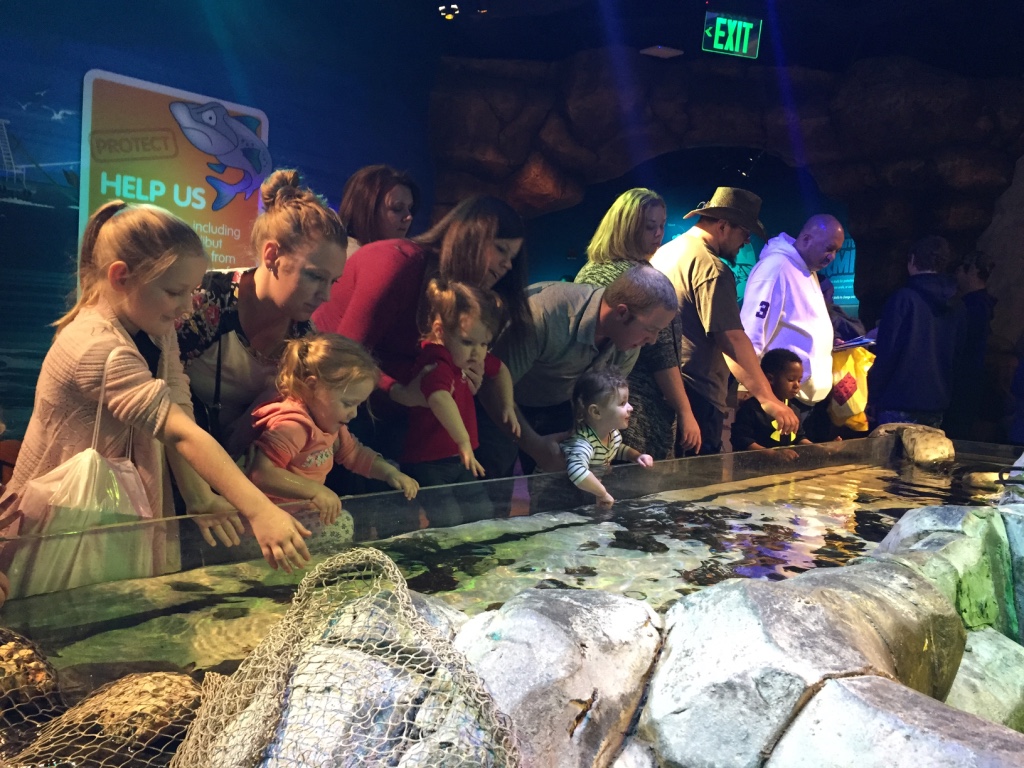 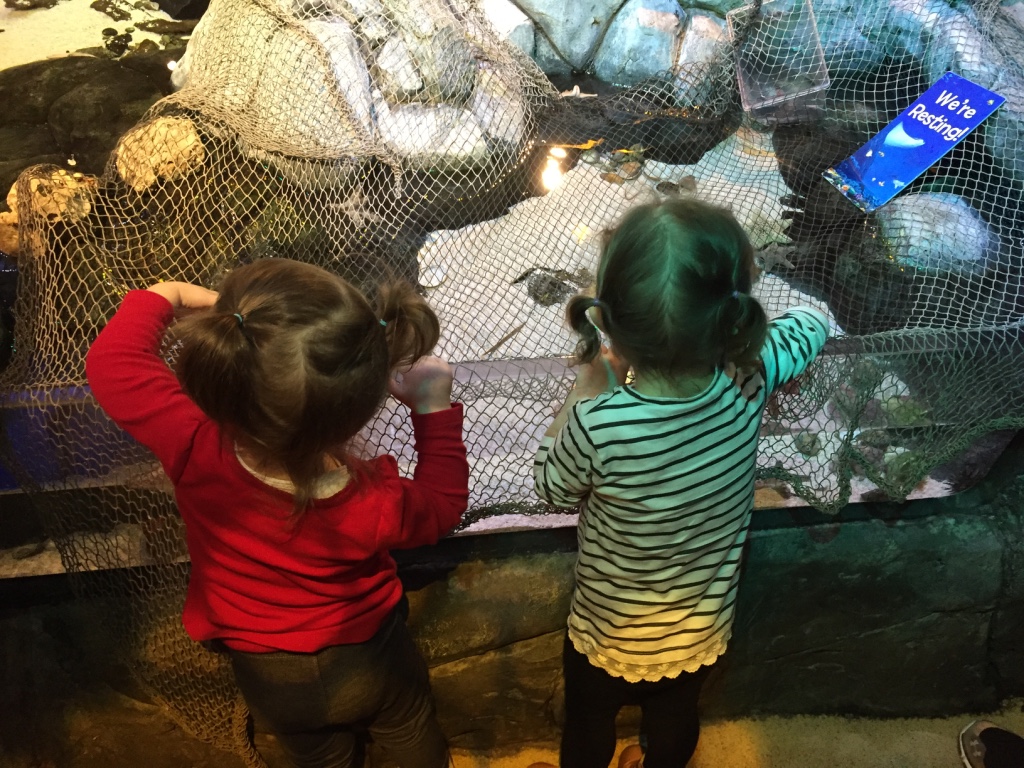 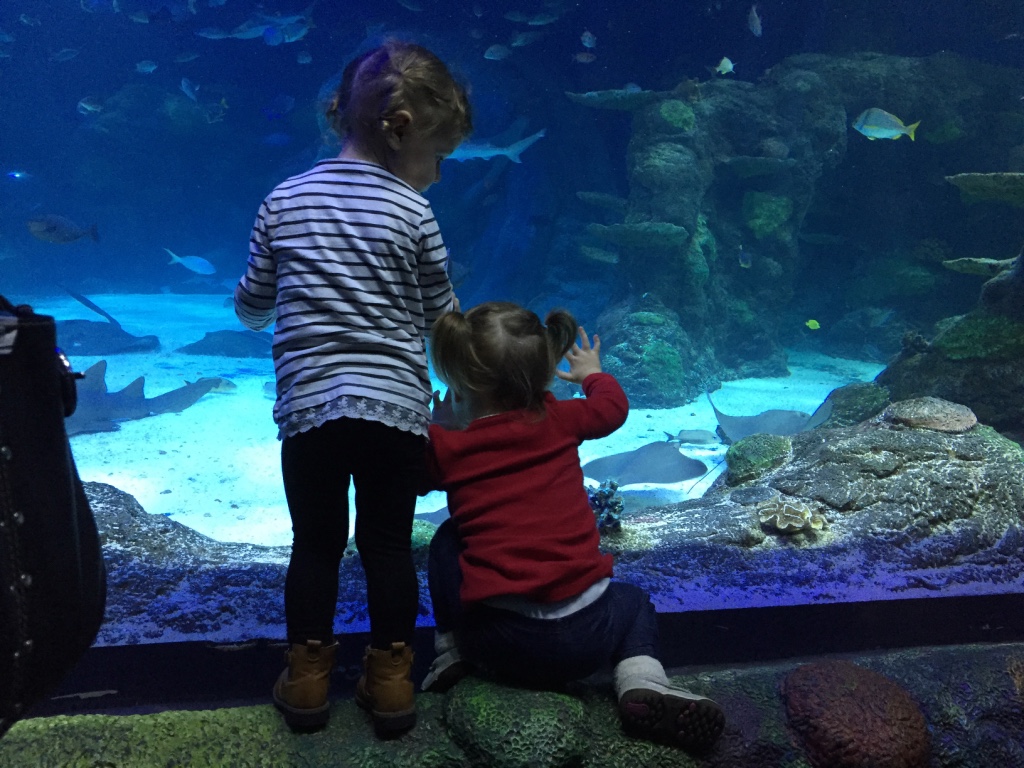 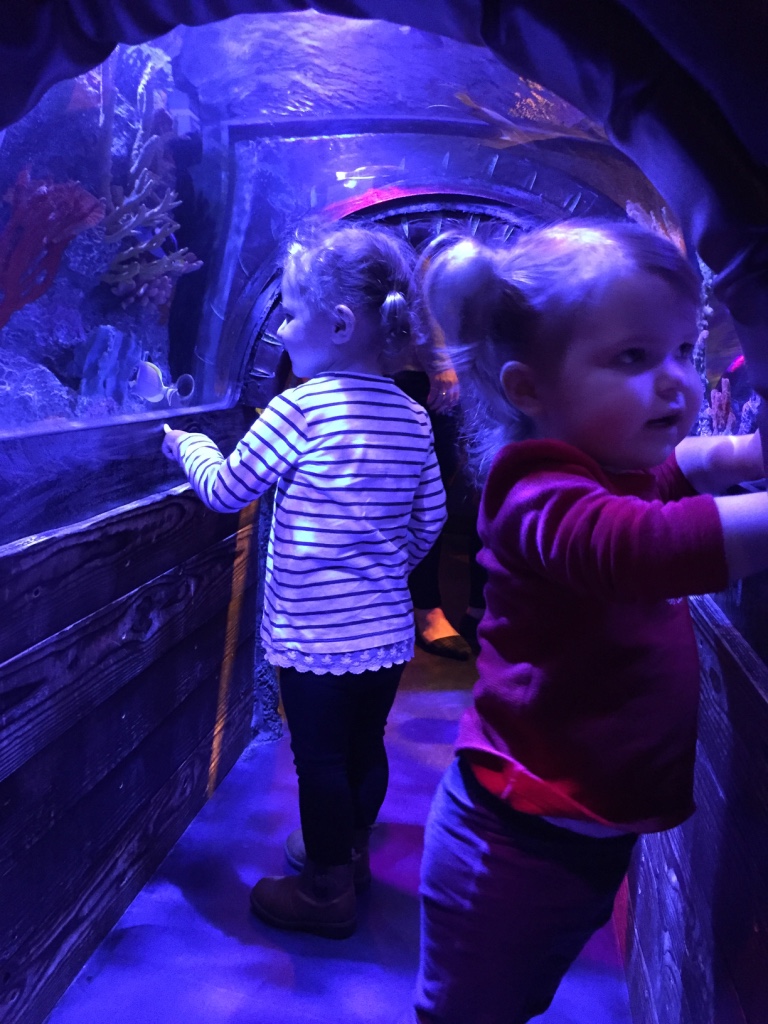 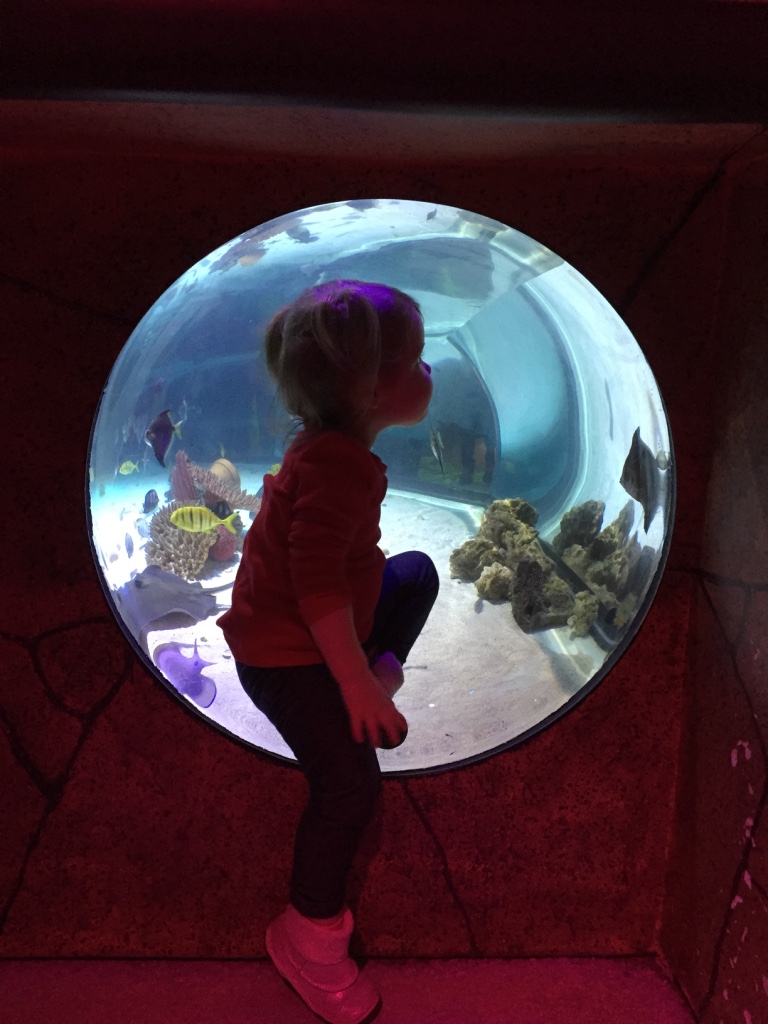 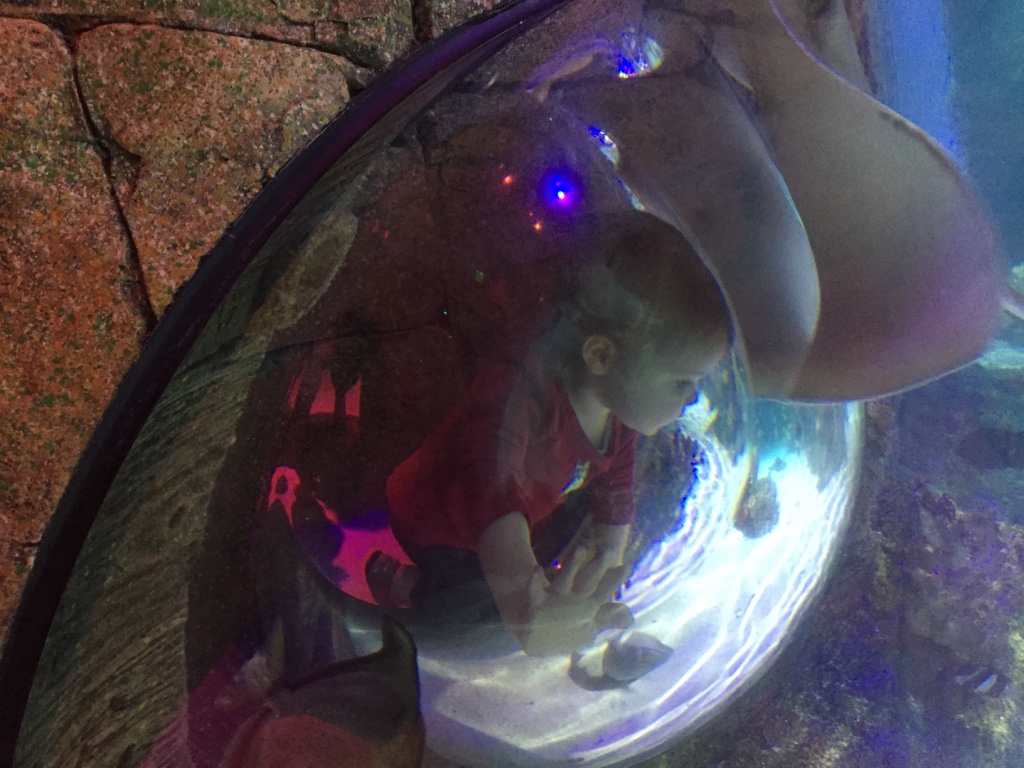 The jellyfish tank was pretty cool. 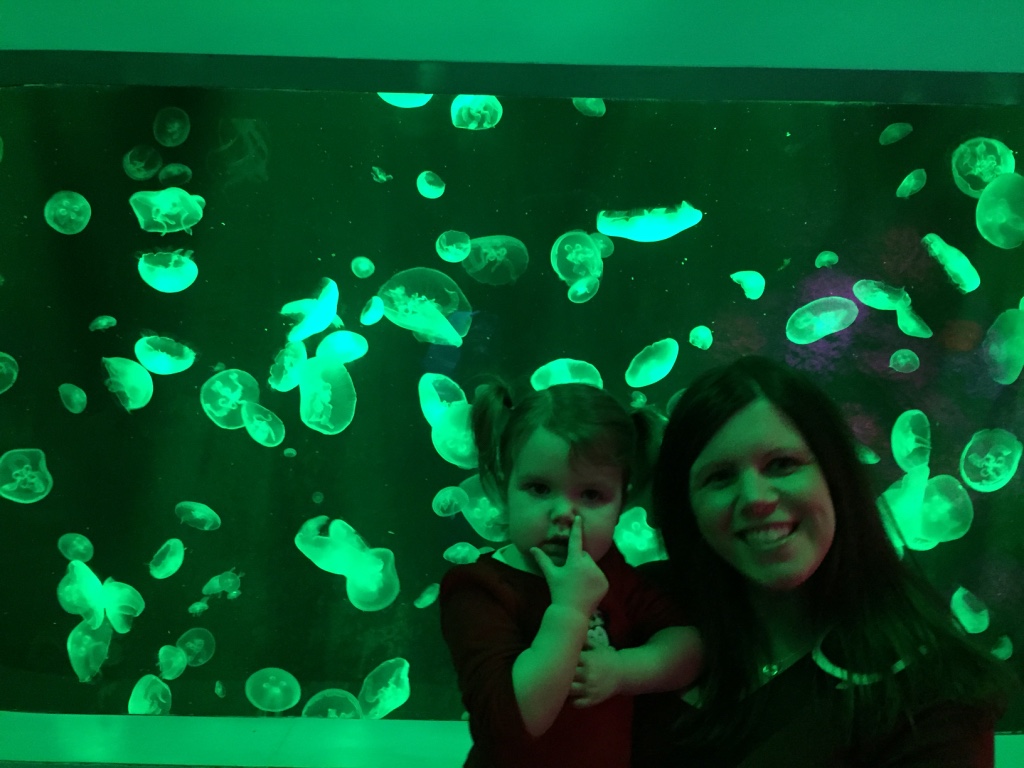 I found this to be pretty creepy. The girls liked it a lot. 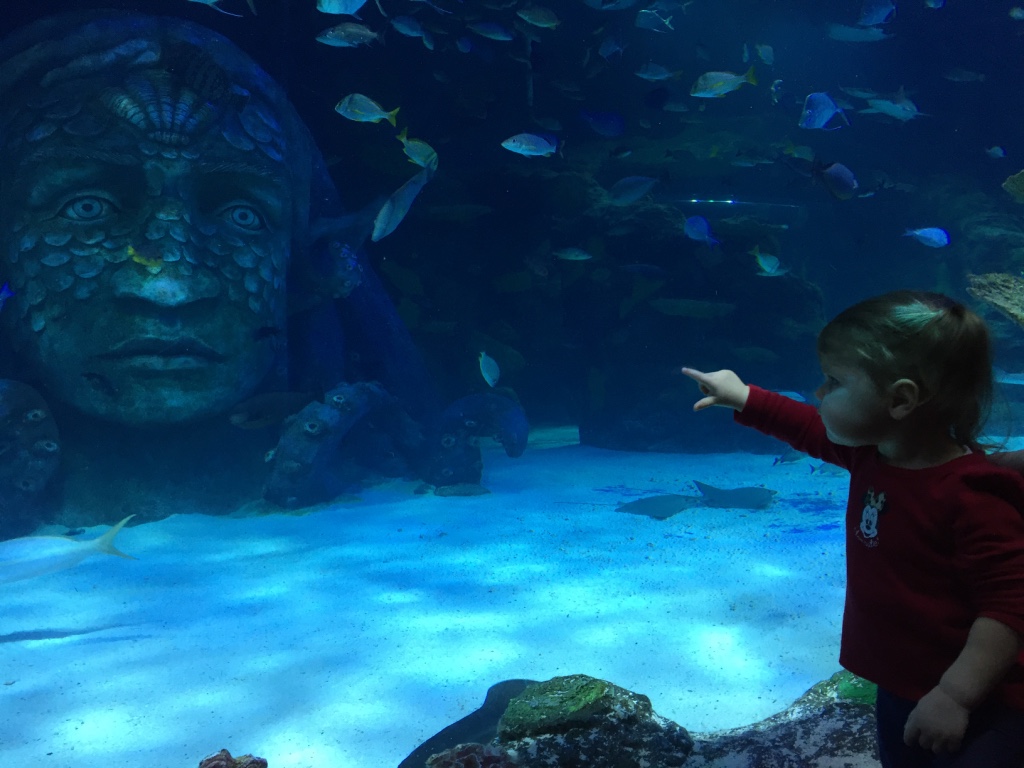 Afterward, we walked to the food court and got some Tim Bits as a treat for the kiddos . . . and the pregnant lady! 😉 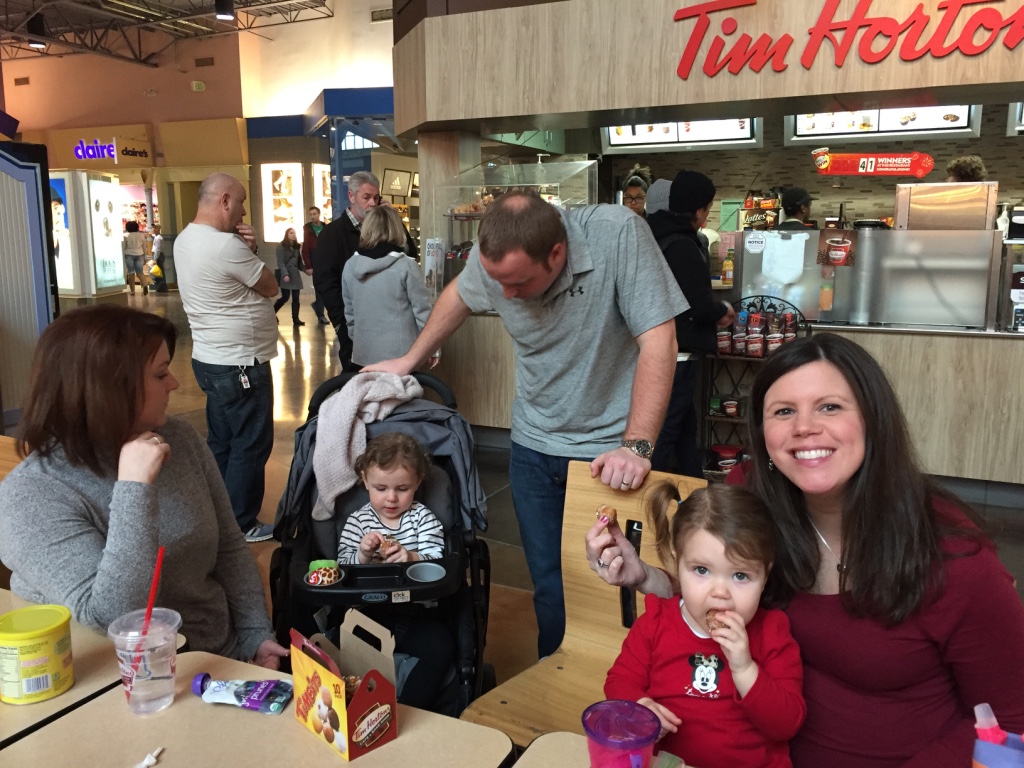 Lucy was snugging her new little turtle she picked out at the aquarium gift shop, but she calls it a seal pup. haha 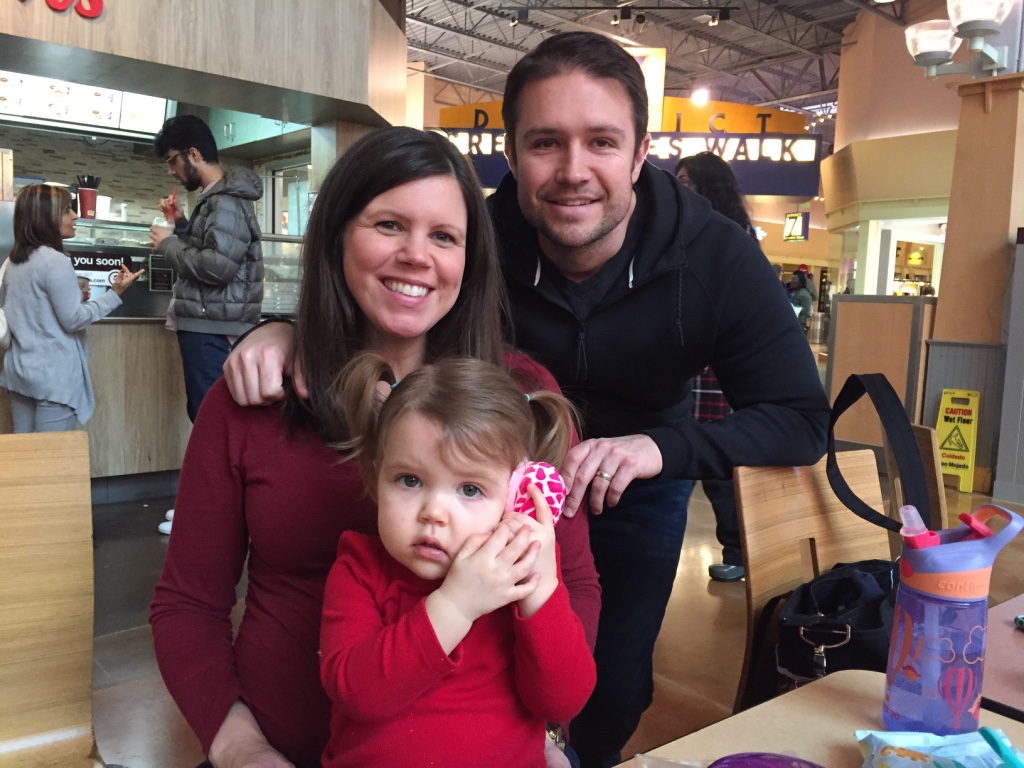 This guy was built out of Legos, and Lucy thought it was the coolest! 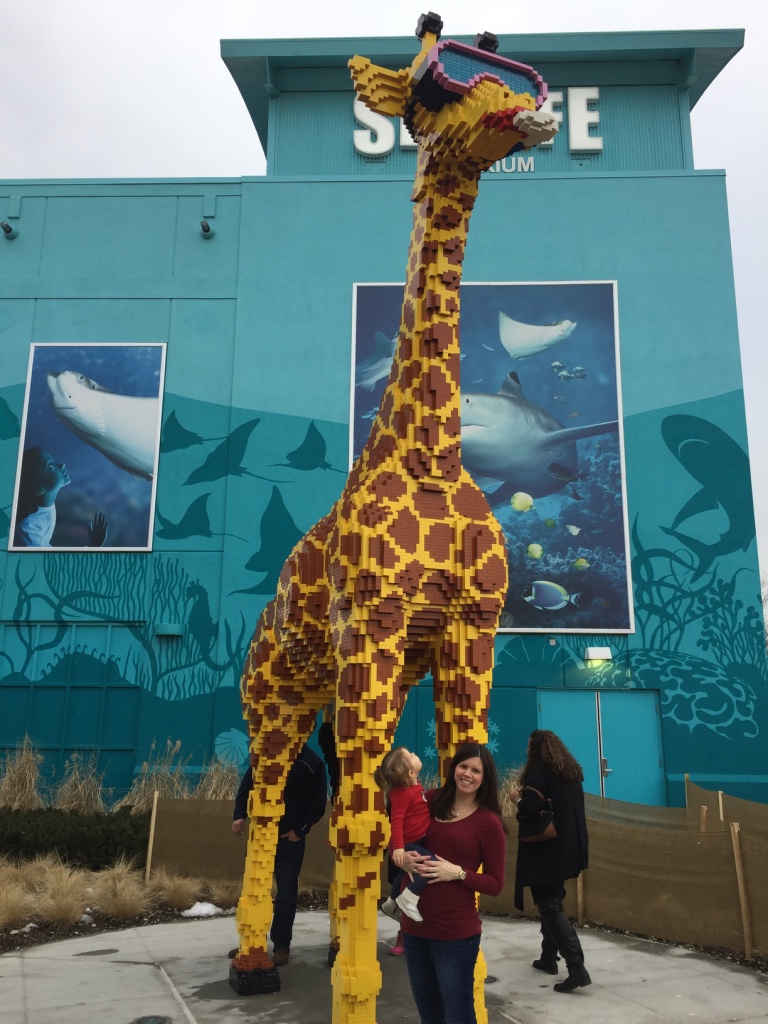 She was awake in the picture, but I think it’s cute that it looks like she’s snoozing. 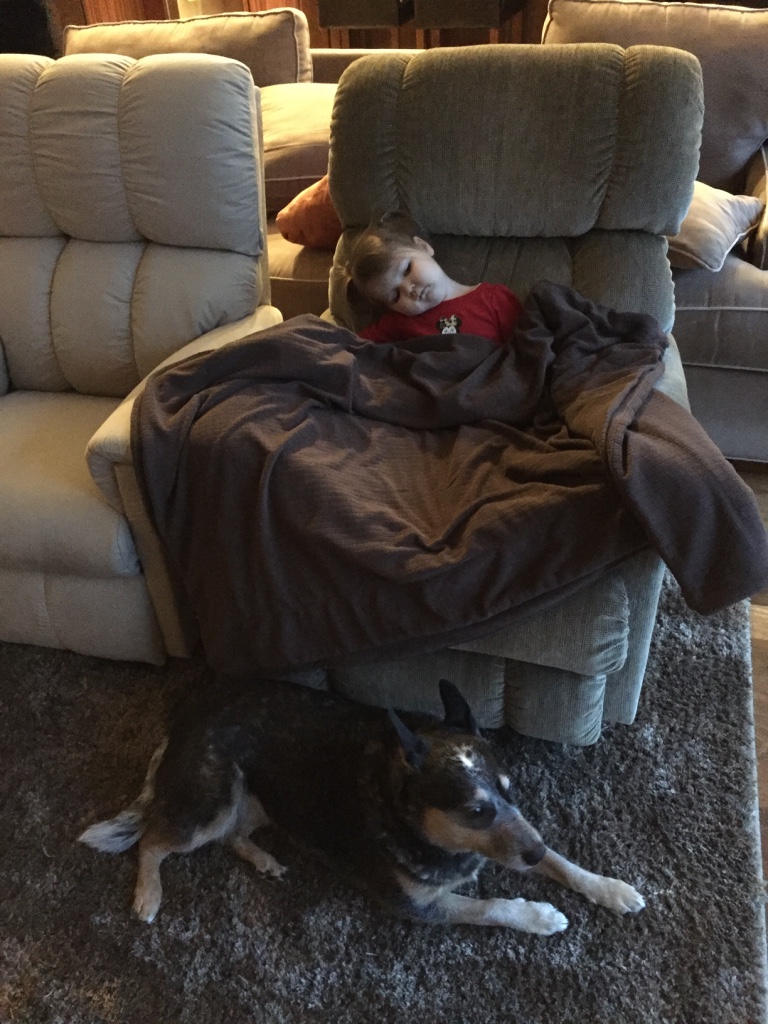 Our aquarium adventure kept us away from the house for about three hours, and Matty really needed some time to reconnect with his recliner when we got home. Lucy was happy to sit next to him and relax . . . 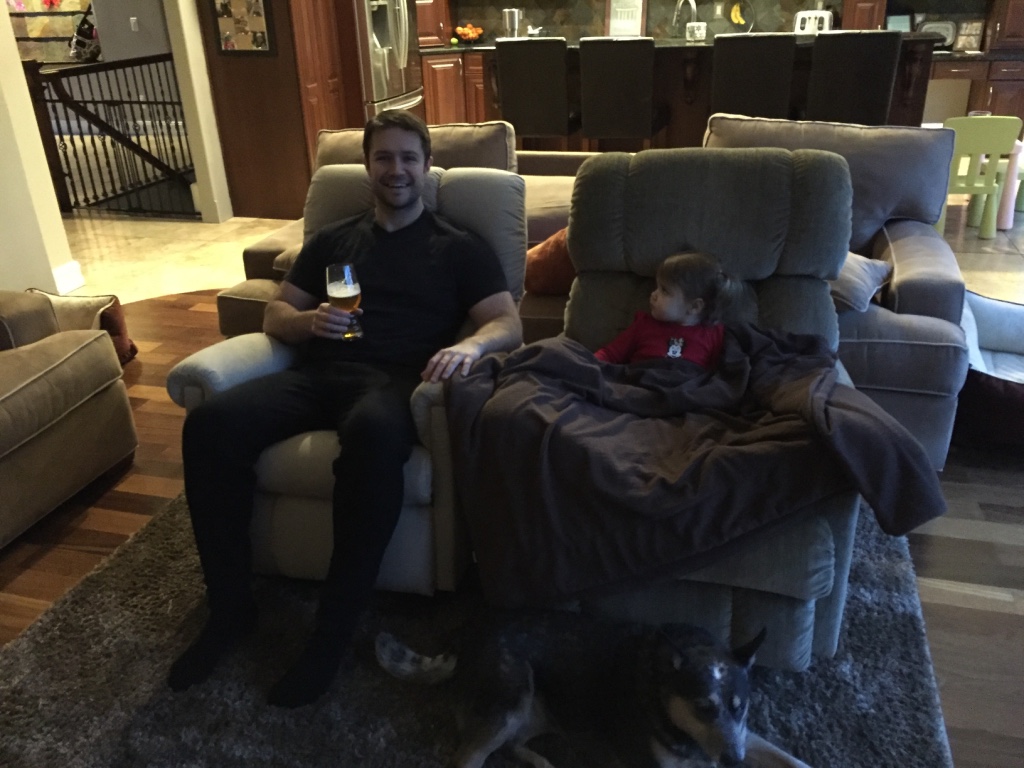 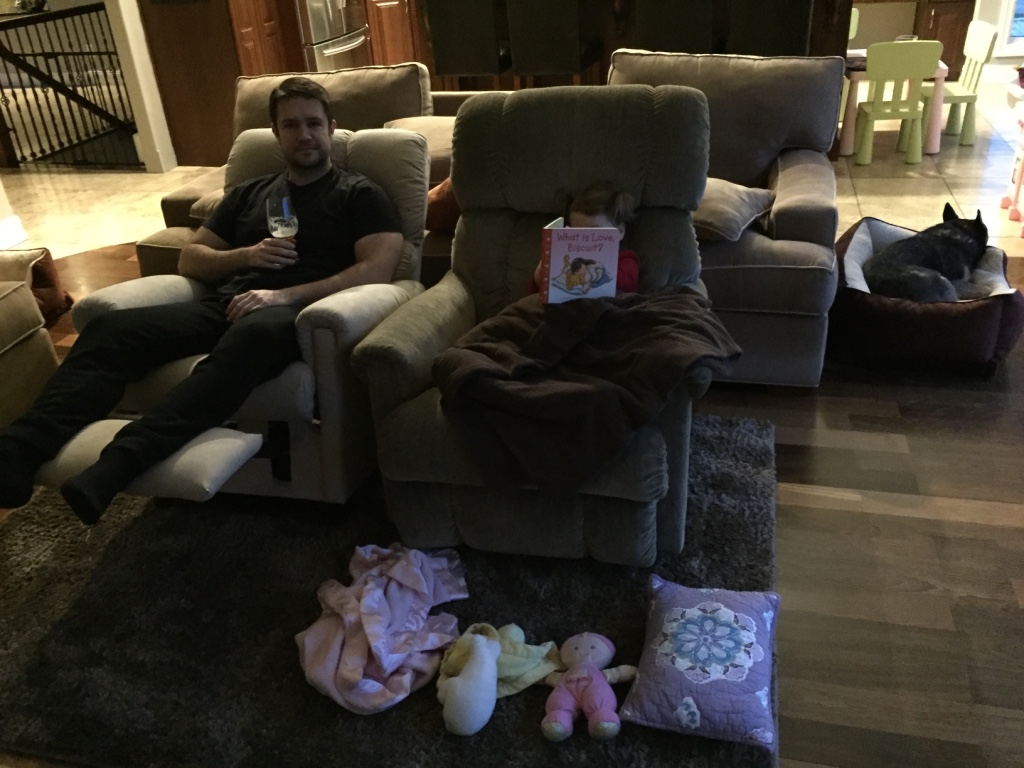 The biggest bite of cottage cheese! 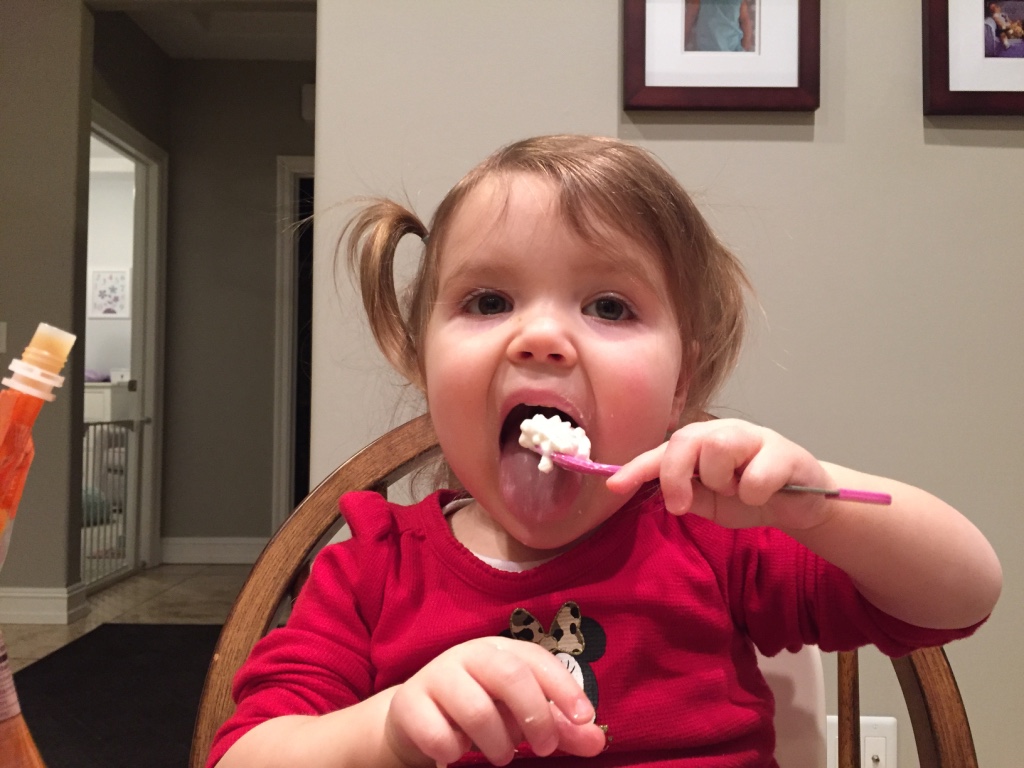 Our Sunday morning trip to the grocery. I believe at one point Matty commented that we should just start using the curbside service. #noargumentfromme #slowmovingcart #excuseus #sorry #putthatback #notouch 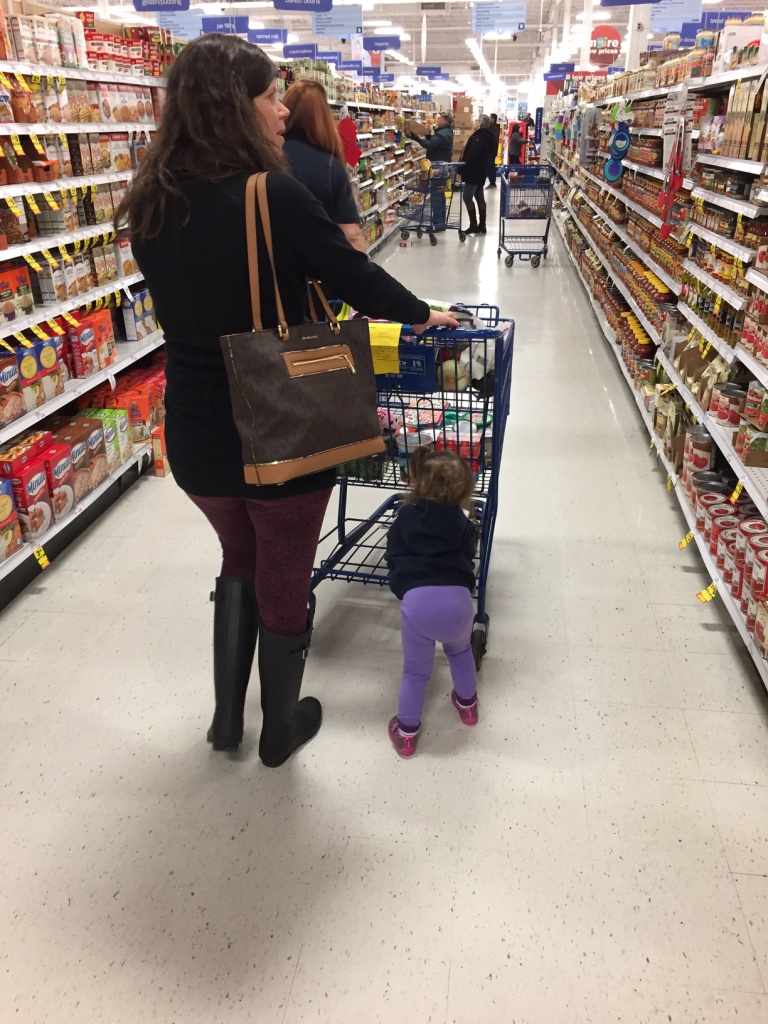 One of these stuffies is my absolute favorite! 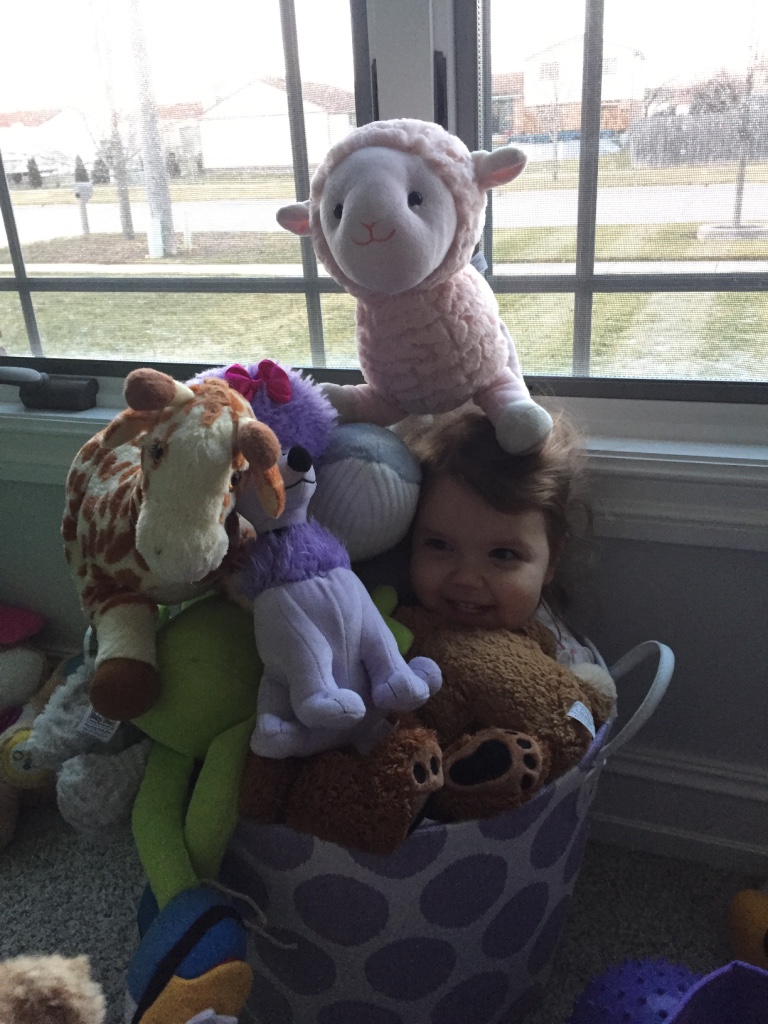 And that’s that. Matty was kind enough to go to Ikea on Sunday and pick up the dresser for Emily’s room and a cabinet that we are putting in our entryway. I was hoping to get one of them put together during the afternoon. However, as Matty was installing a new baby gate for Emily’s room and Lucy was running around grabbing all the pieces and asking to sit on his lap, it was very evident that we couldn’t handle the Ikea assembly with a toddler on the loose. Half of the parts would have ended up in her ball basket or tunnel!
We seem to have a busy week planned. Play dates, doctor appointment, and I have some brand new twin baby boys to go meet!! Oh, and Valentine’s Day! I was at Target on Saturday and was forced to listen to a bunch of ladies complaining about how stupid Valentine’s Day is and that they don’t want to have their kids participate in it at school. I guess I don’t understand why some people dislike the day so much. I don’t see anything wrong with loving on your people a little extra one day out of the year! If nothing else, it’s a nice reminder to stop and do something sweet for your loved ones. Oh, and bake something heart shaped . . . obviously!
Have a great week!
XOXO