Technically, we still have one day of vacation left, but I won’t be doing any blogging tonight. If you need me, I’ll be on the couch with a snack, my handsome hubby, and the season premiere of The Bachelor! #finally #waybetterthanmondaynightfootball
Here are some random pics from the past two weeks.
Sometimes Matty trades in his actual baby for one of his fur babies. 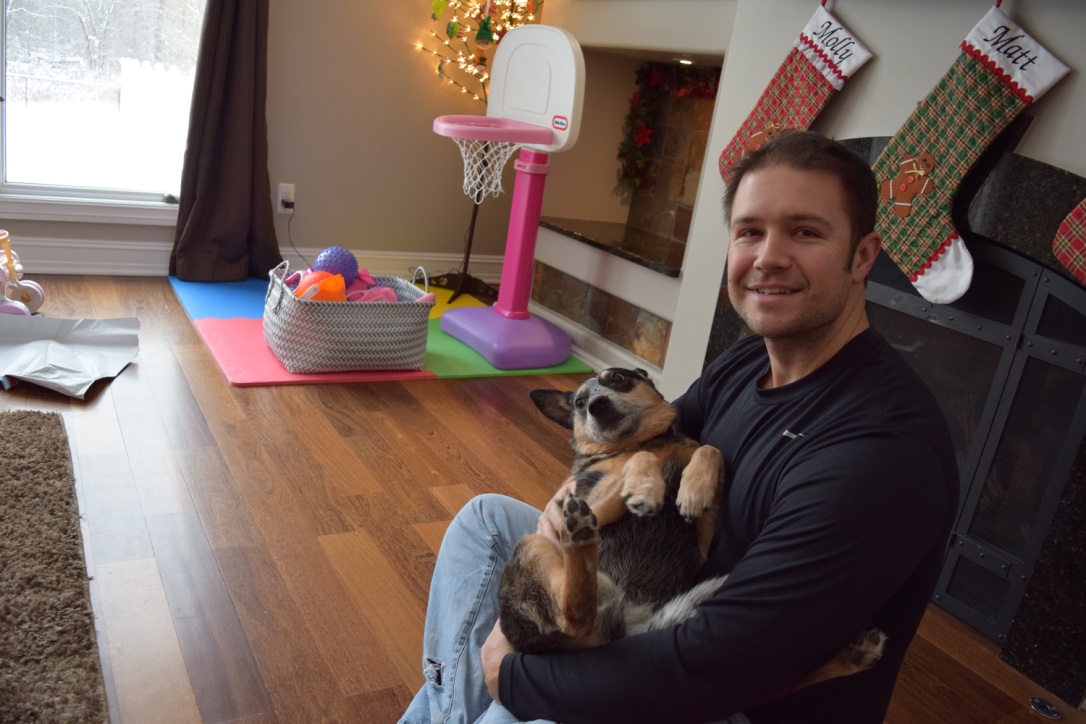 Lucy was in charge of the holiday baking this year. 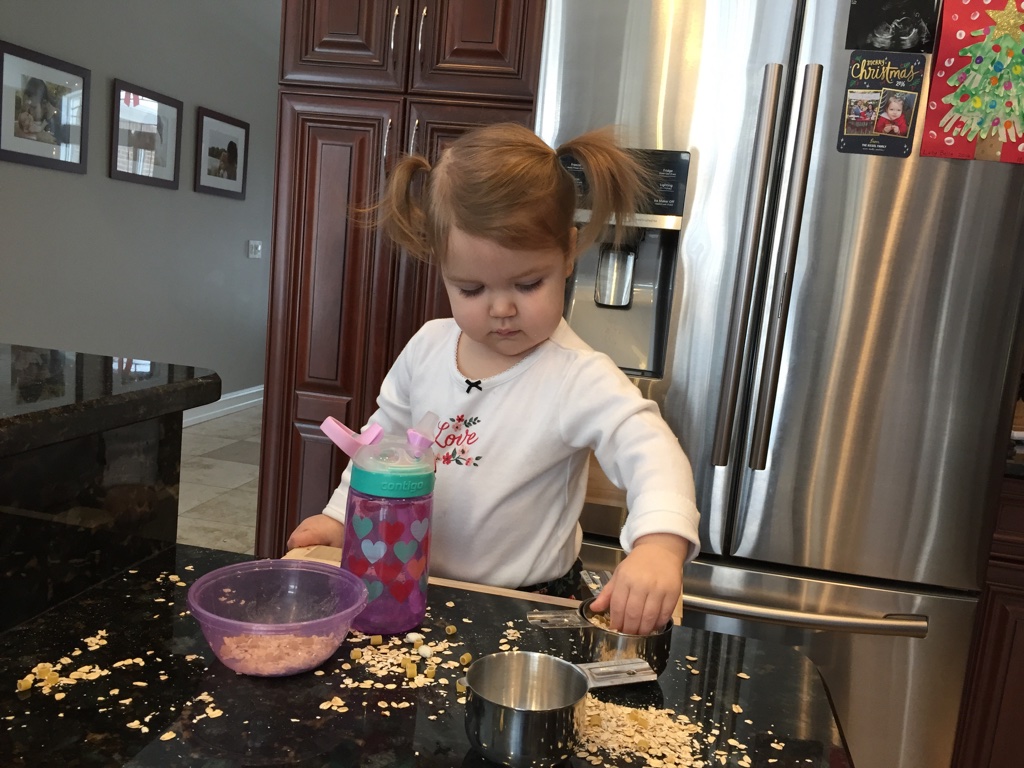 Listening to music on Daddy’s headphones. 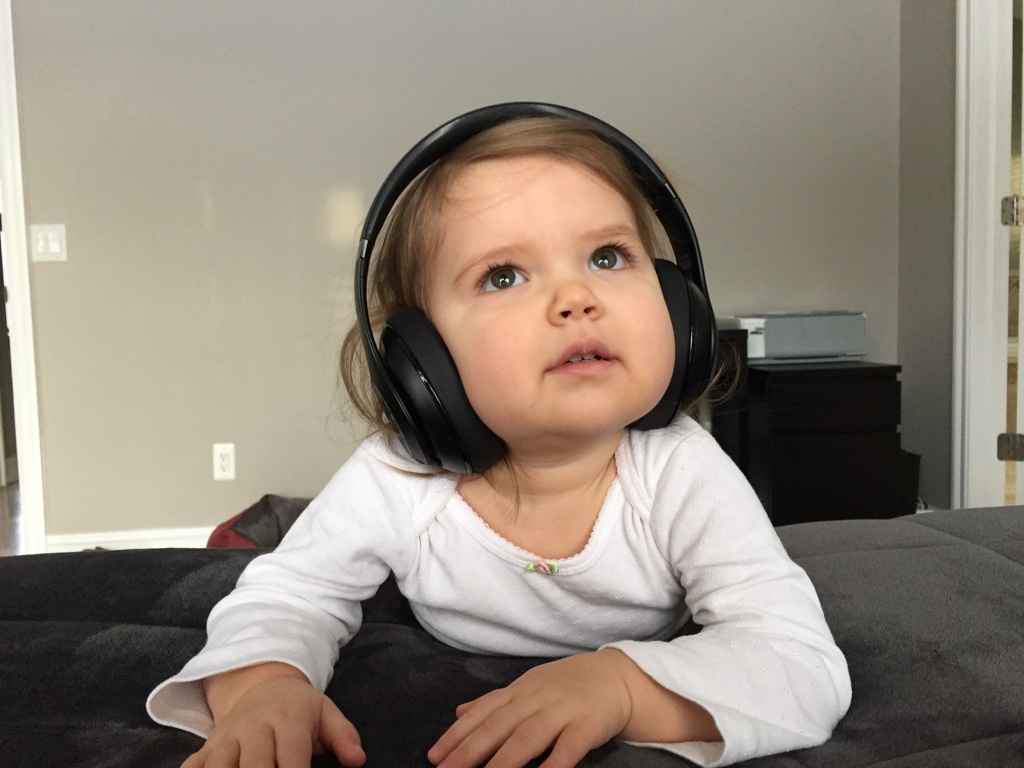 When you’ve just plain had enough! 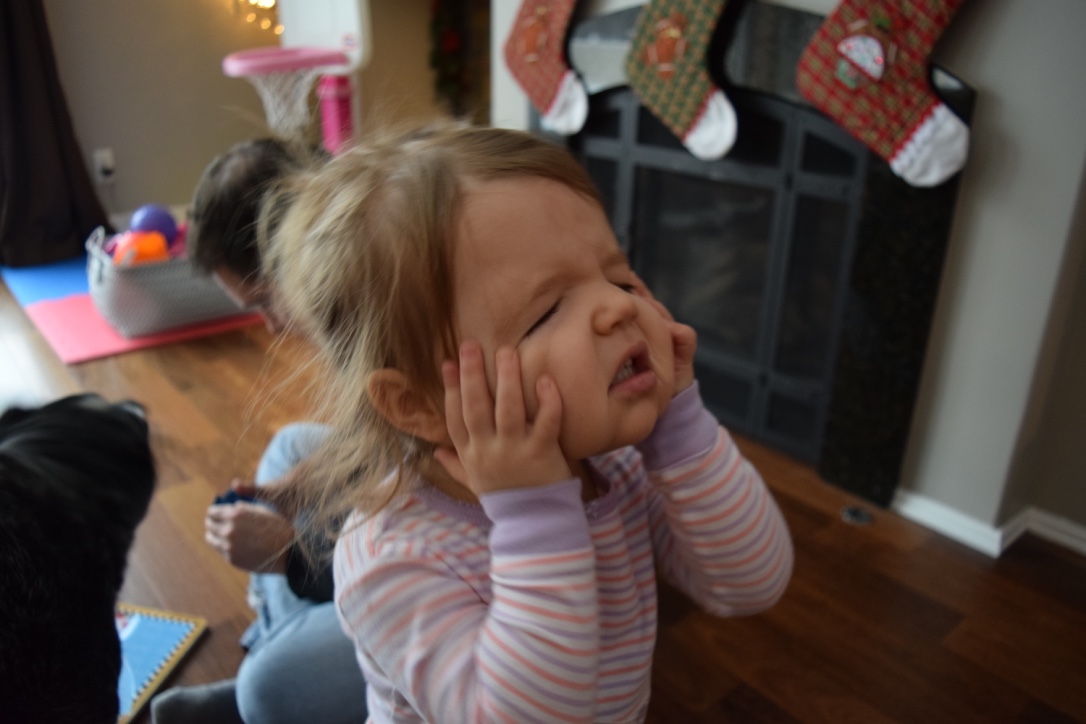 The day after Christmas we took the kiddos to Funtastic. We were the only ones there for the first half hour or so, and we had a great time! 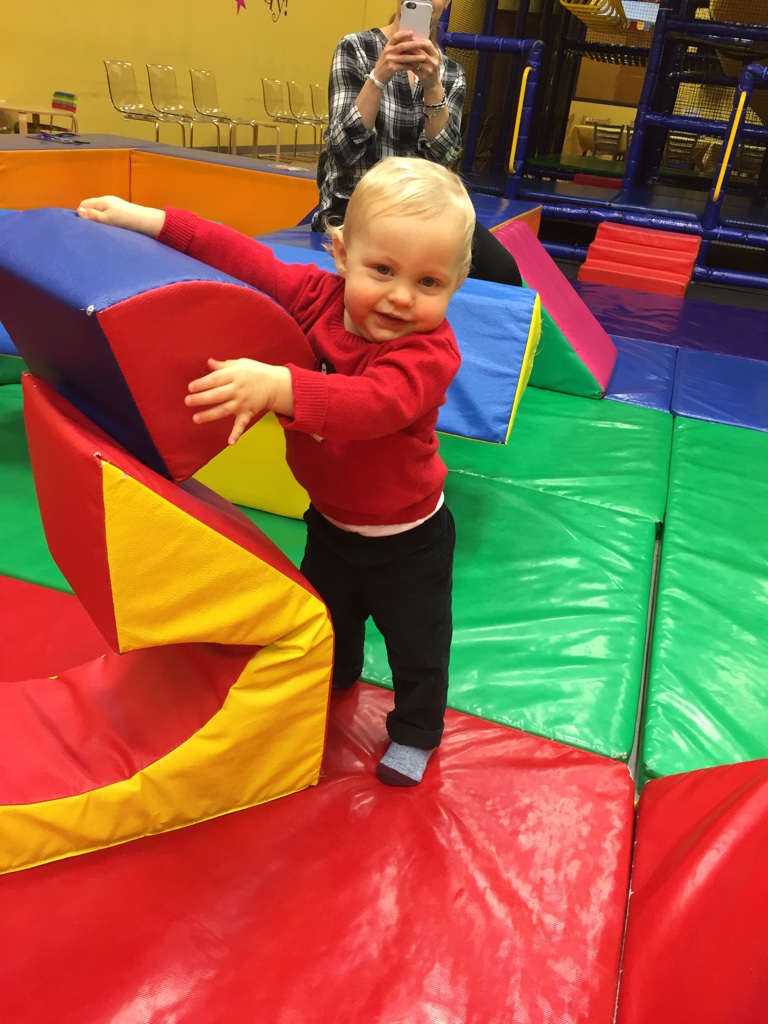 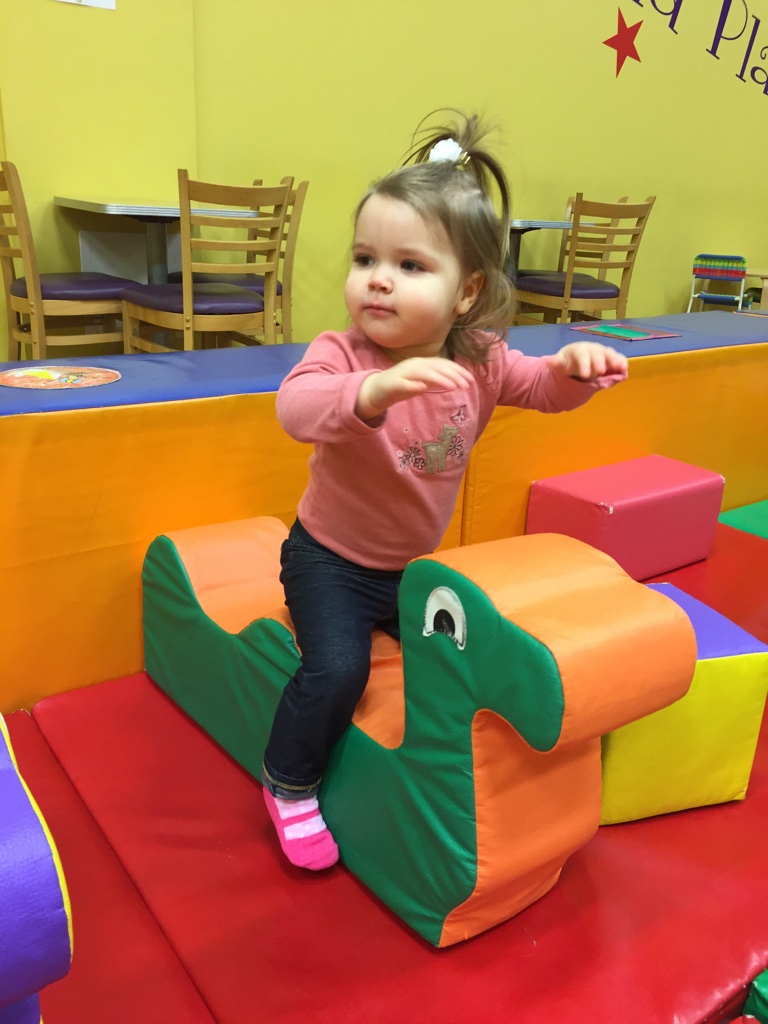 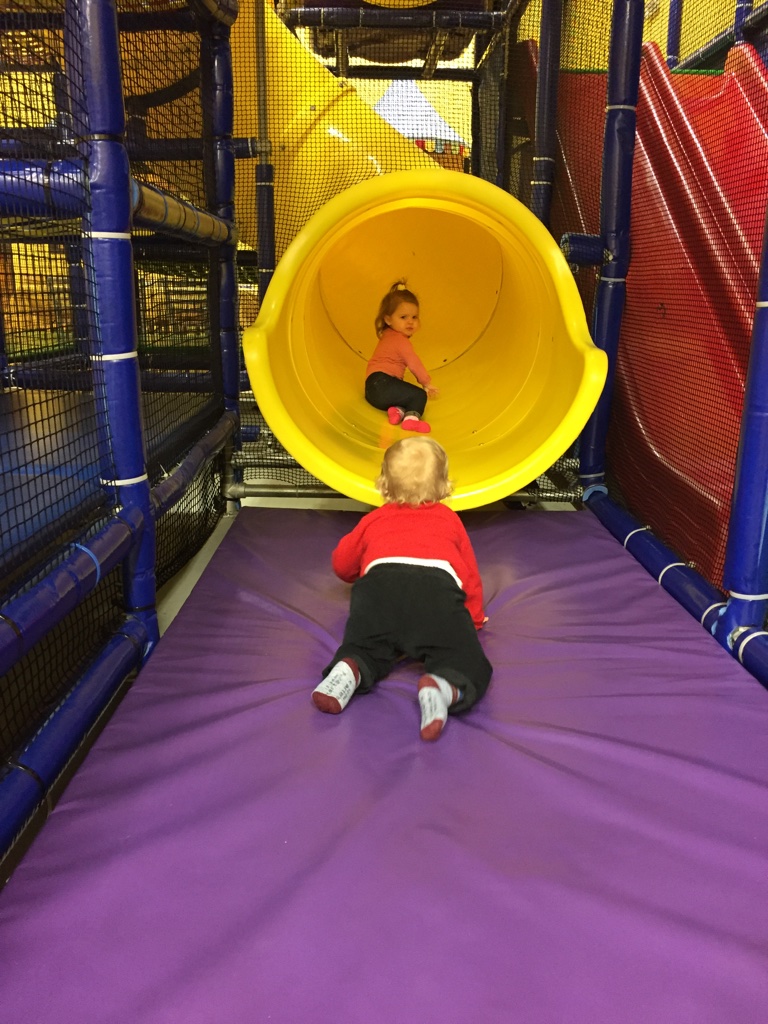 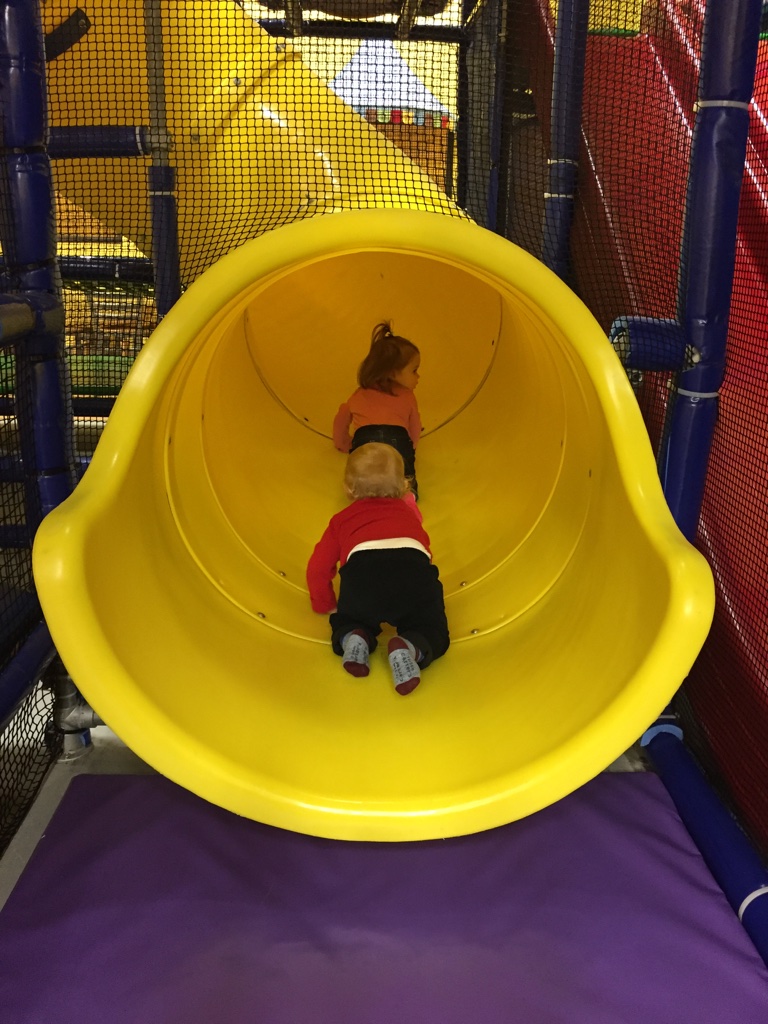 Playing with her new dollhouse at Grandpa Gary’s house. 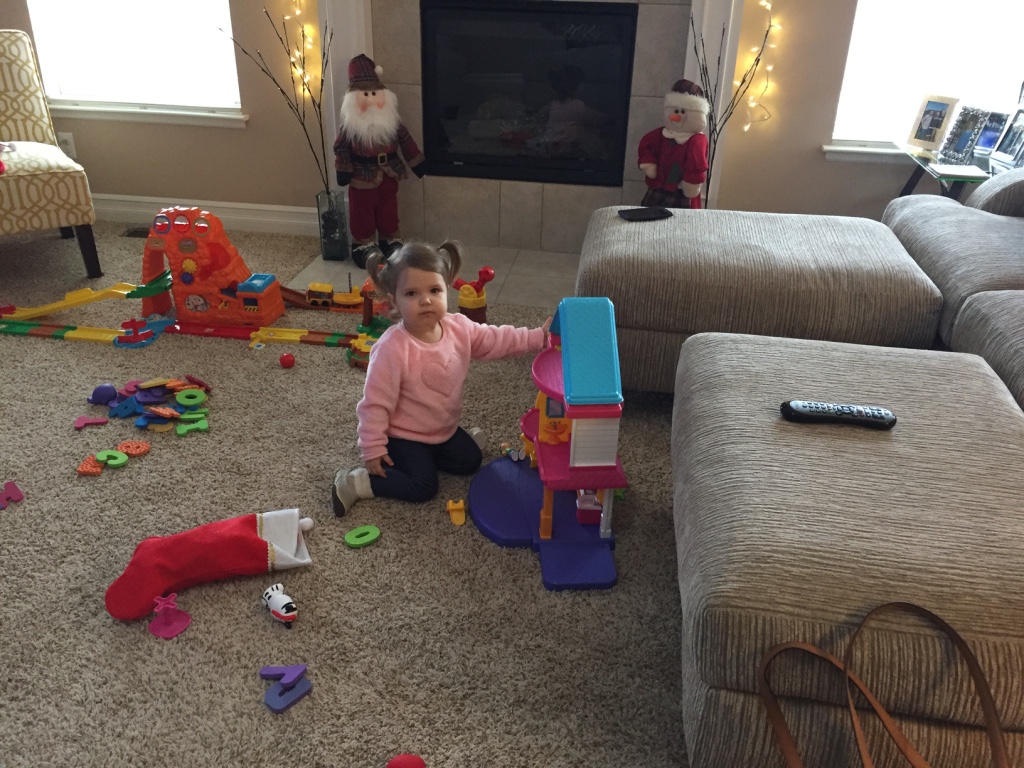 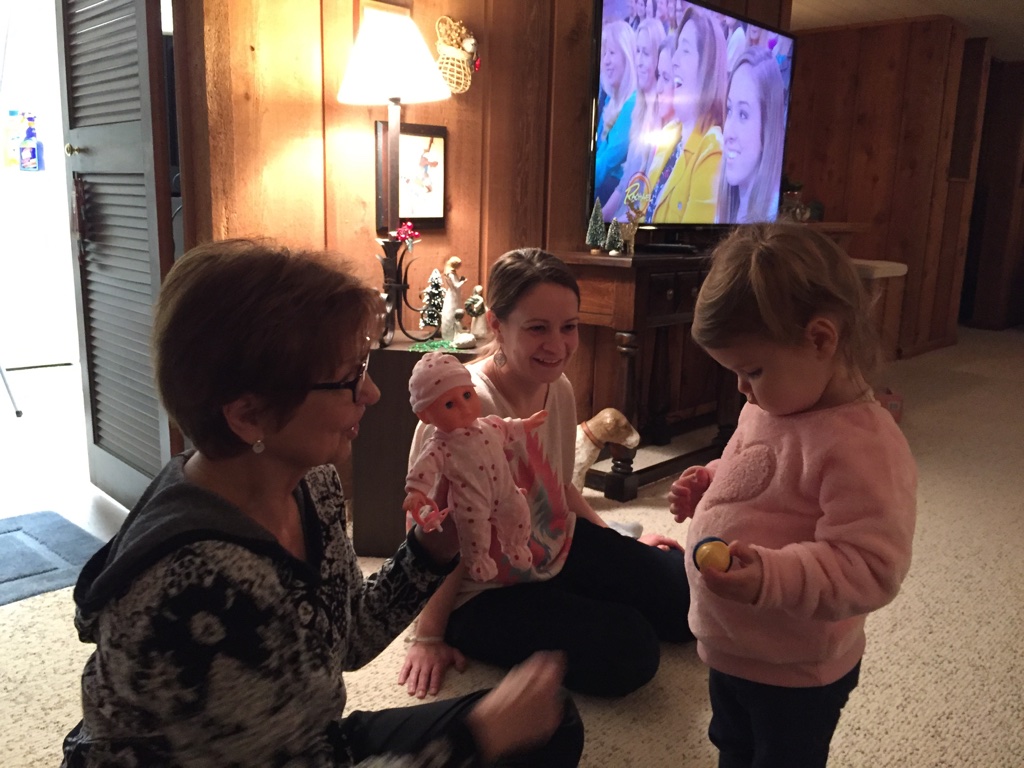 Snuggling with a snowman on Aunt Judie’s couch. 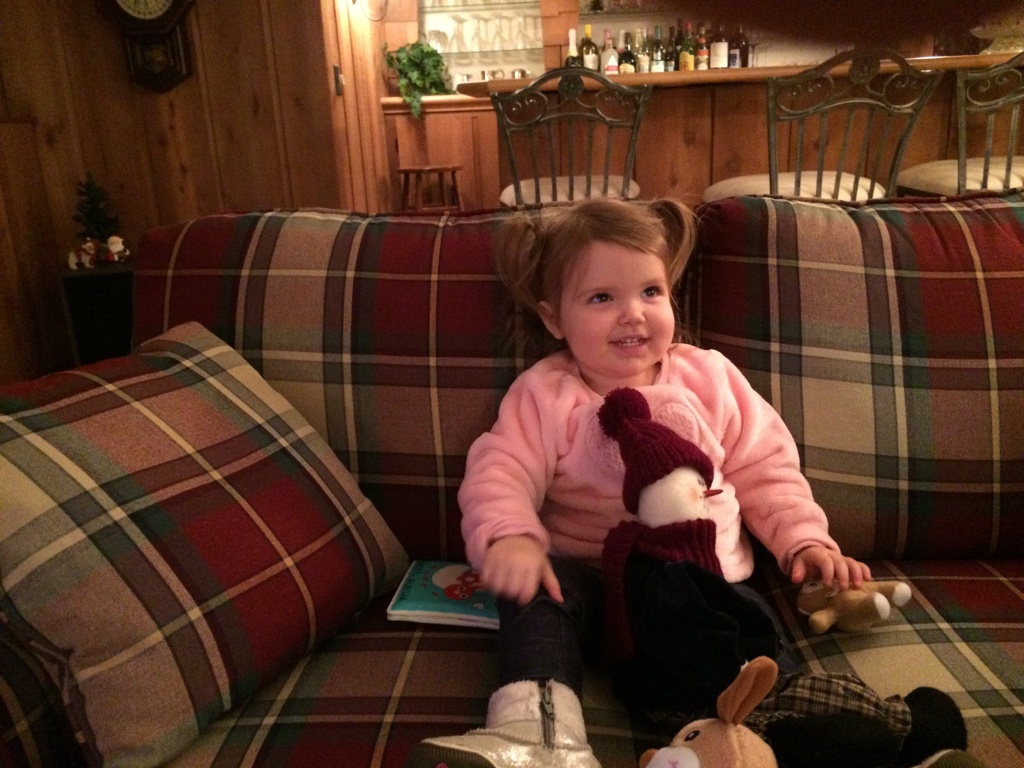 Two stops to visit family in one afternoon was just too much for Lucy! 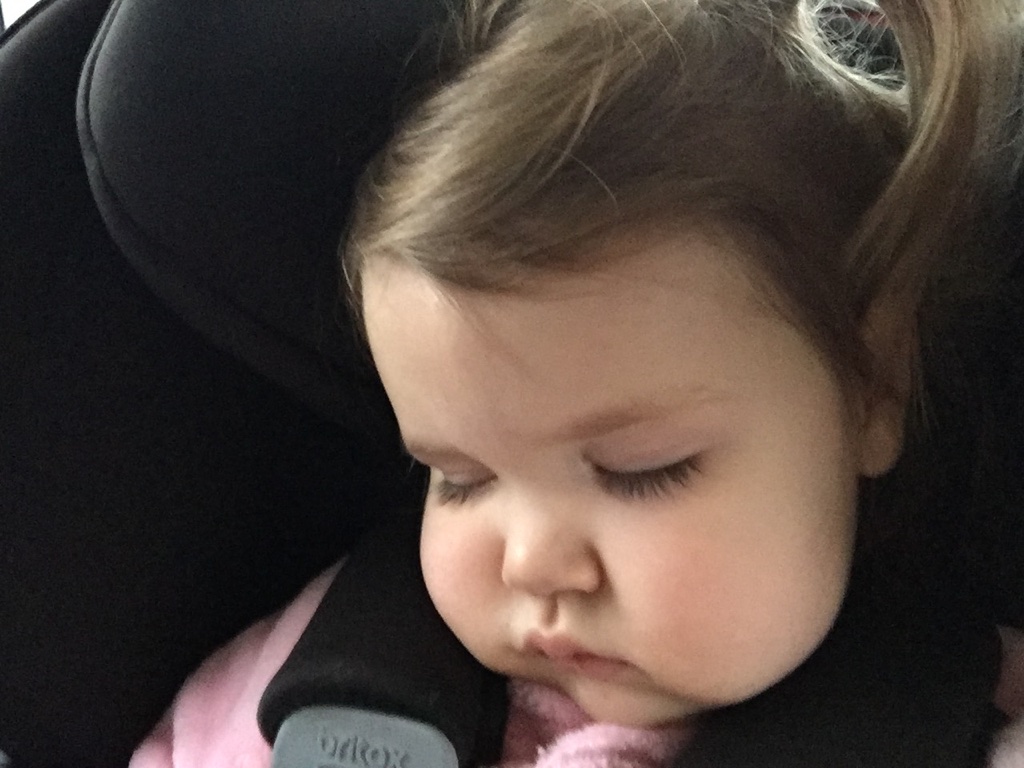 Taking care of business while waiting in line at Meijer. 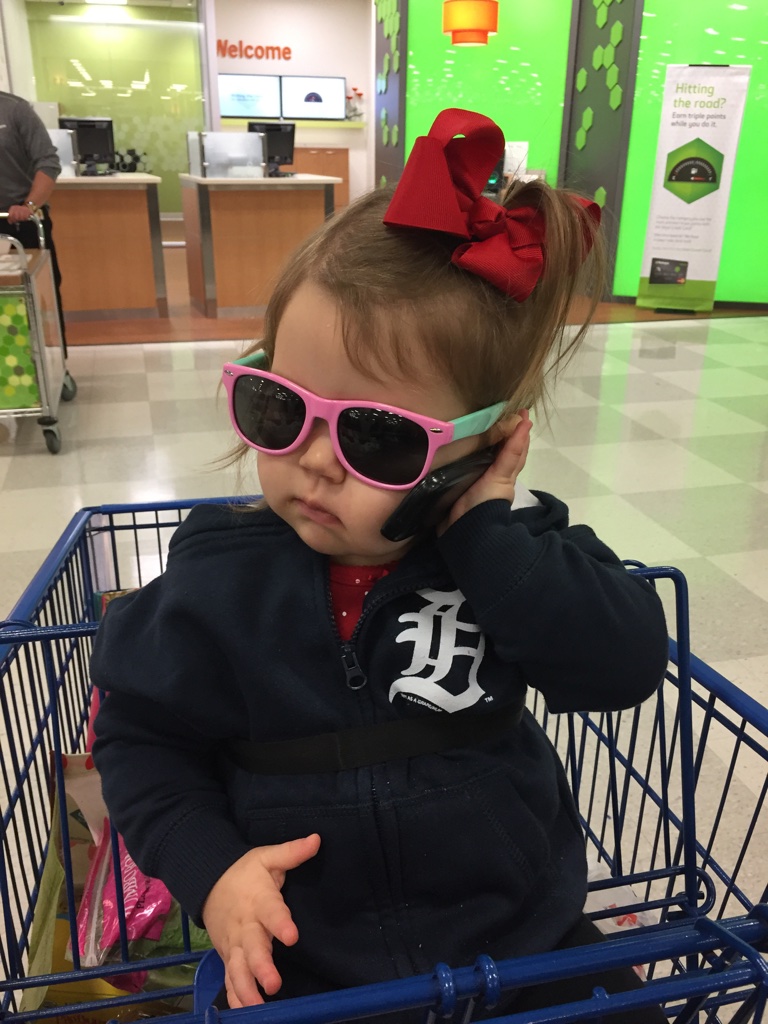 Matty got some new drills for Christmas and used them to make this awesome storage shelf. 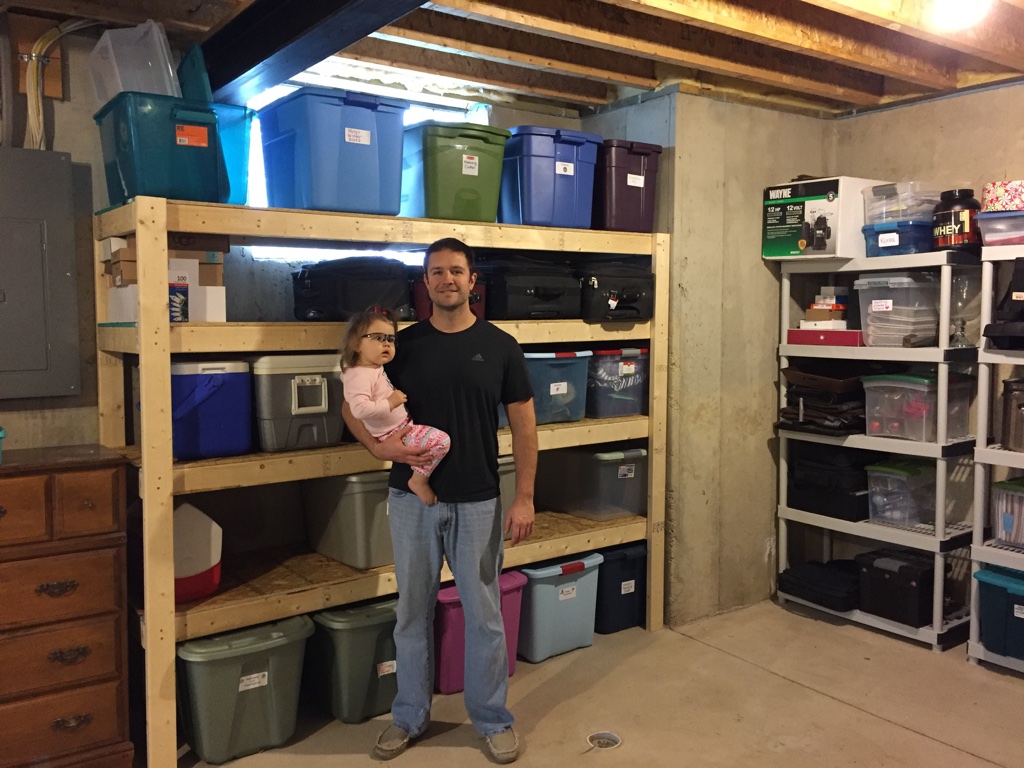 This pic is a little blurry . . . just like we all were at 11:00 when Lucy was STILL awake. She insisted on having Nonnie sit next to her. 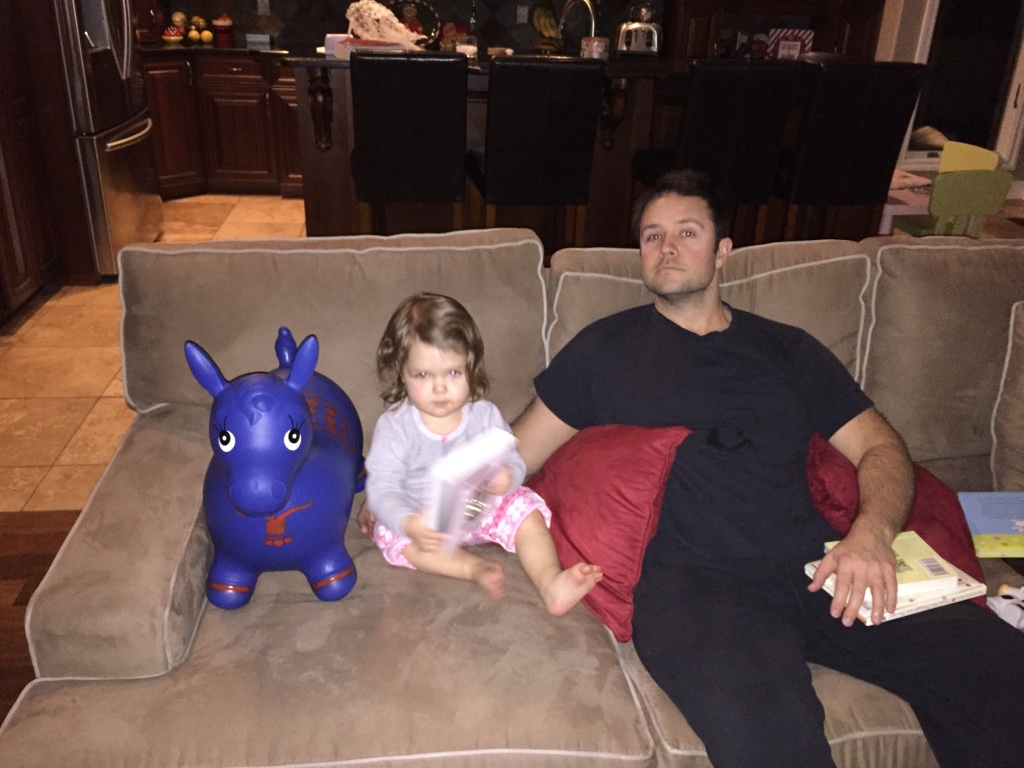 The aftermath of a late night crib tantrum. She whacked herself on the top railing. 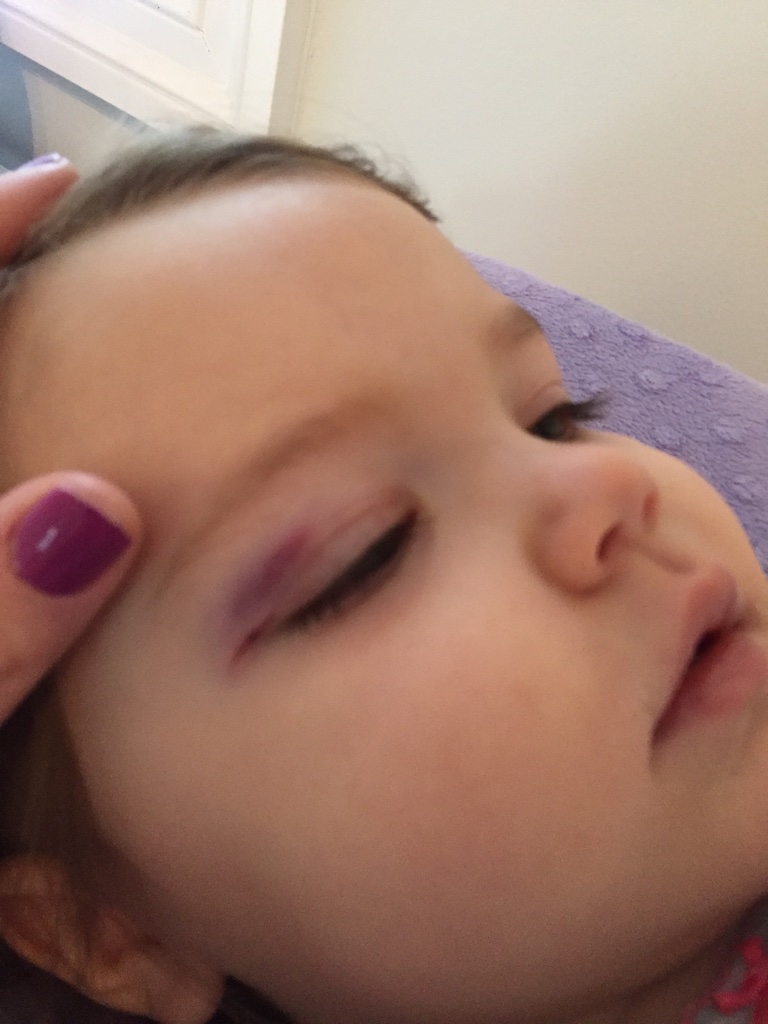 And just like that we’ve moved on to Valentine’s Day. I grabbed a heart plate for Lu at the Dollar Spot at Target. I held up a second one, and she grabbed it and said, “Emmy.” Yes, my darling, we will buy one for your baby sister. #meltmyheart 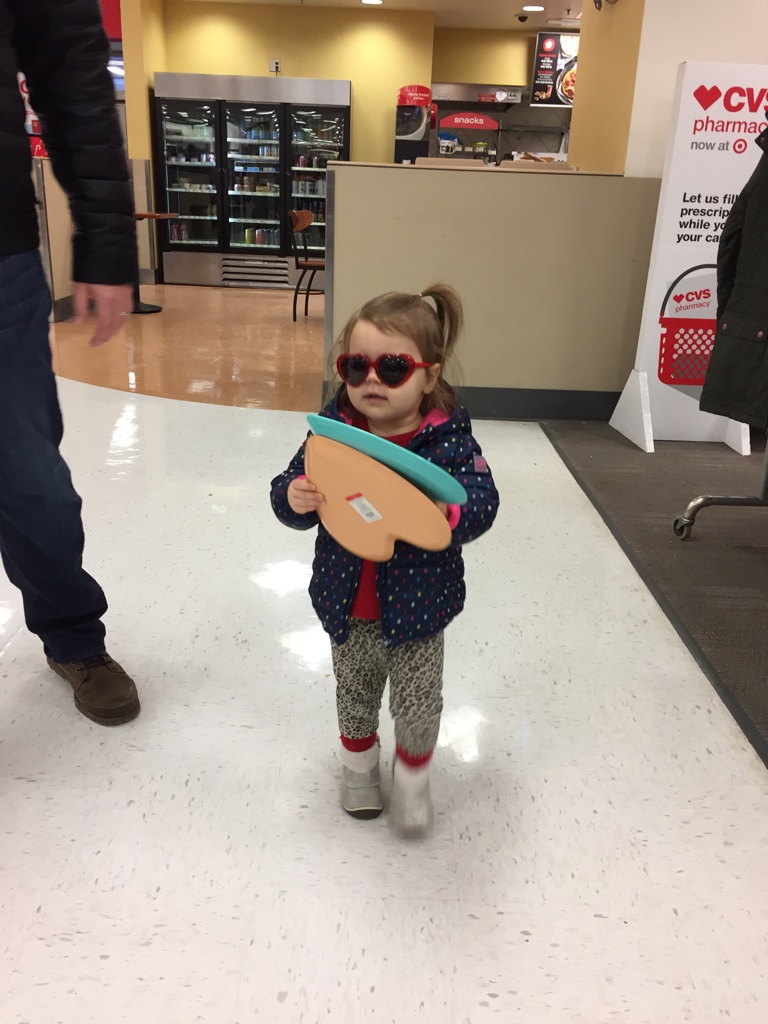 We were in the other room and heard Lucy saying, “uh oh, uh oh, no no” over and over again. When Matty went in to check on her, he found her this way. Photograph first, fix second. That’s the Kissel way. 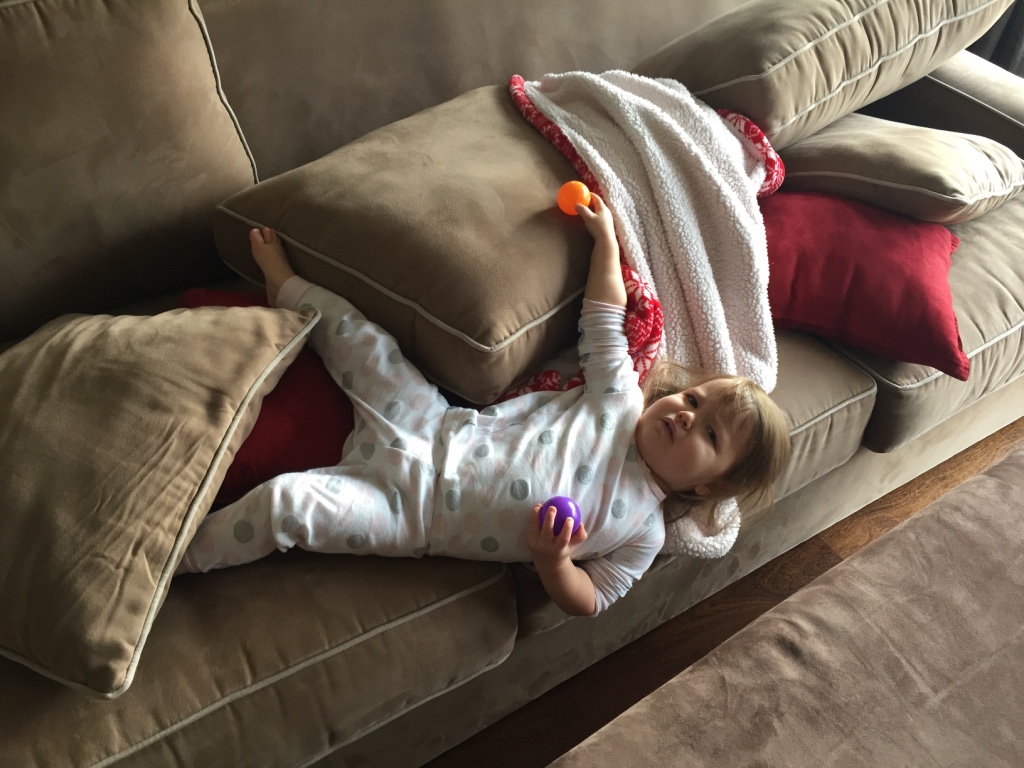 She woke up very happy from a nap one day and had thrown everything out of her crib . . . including the sleep sack she was wearing! 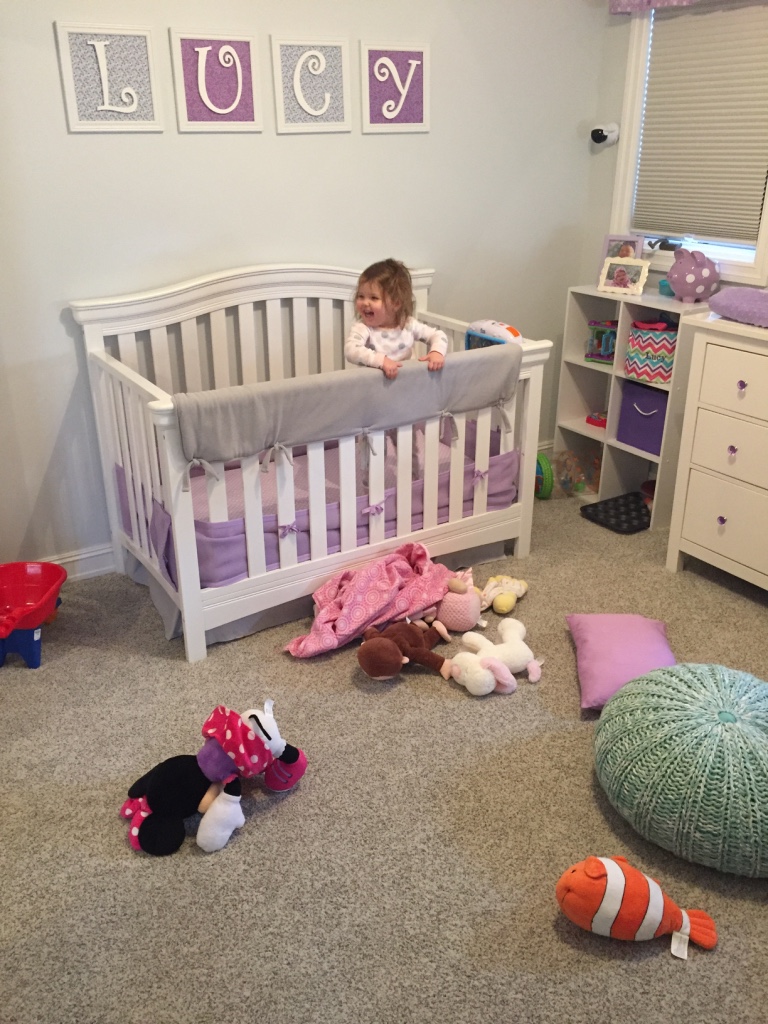 Getting some fresh air. 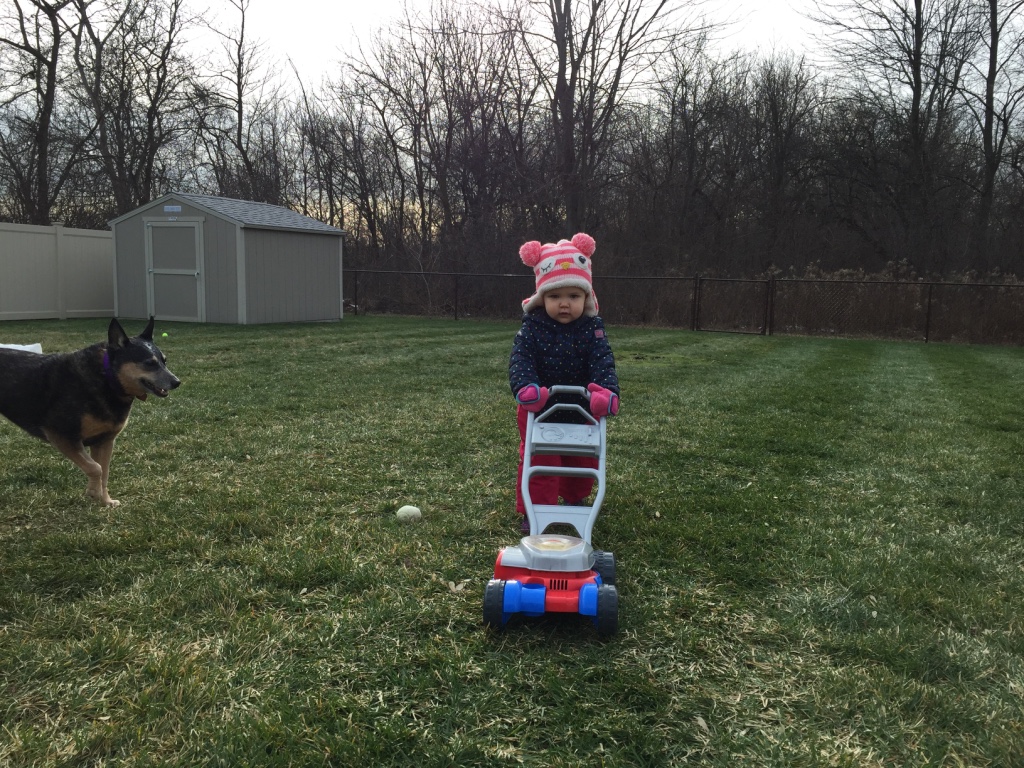 This sweet girl loves to be outside. 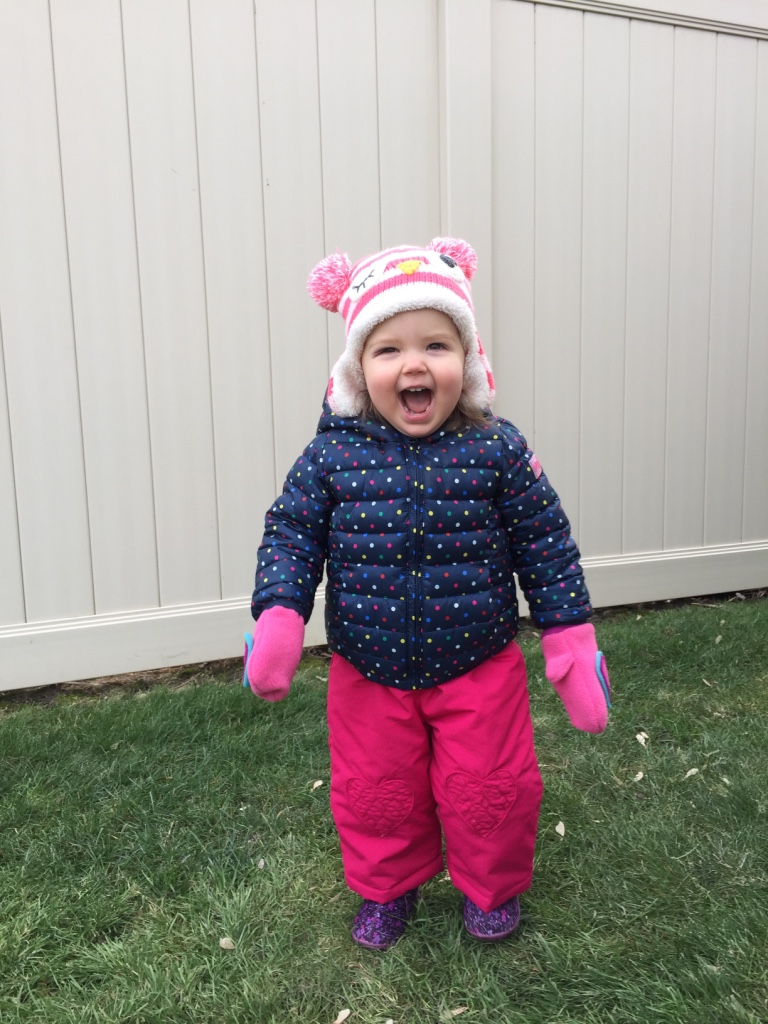 Lucy was ready to ring in the new year. Thankfully, she only made it to 9:00! 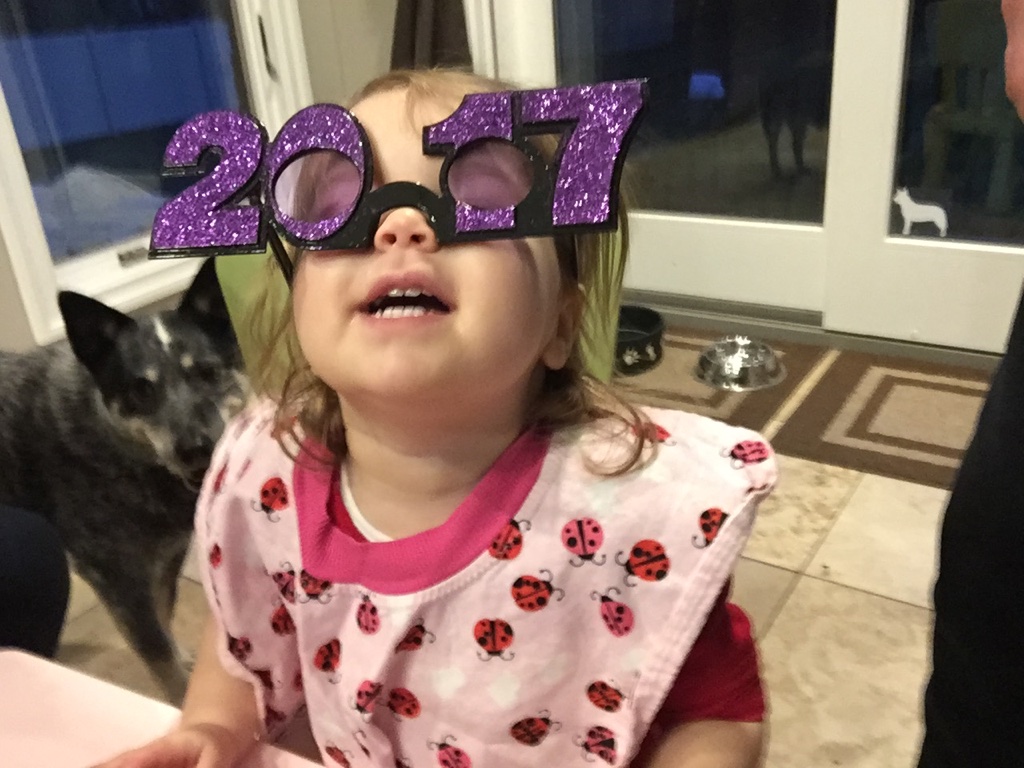 Not sure what she and Matty were doing, but this is a super cute pic. 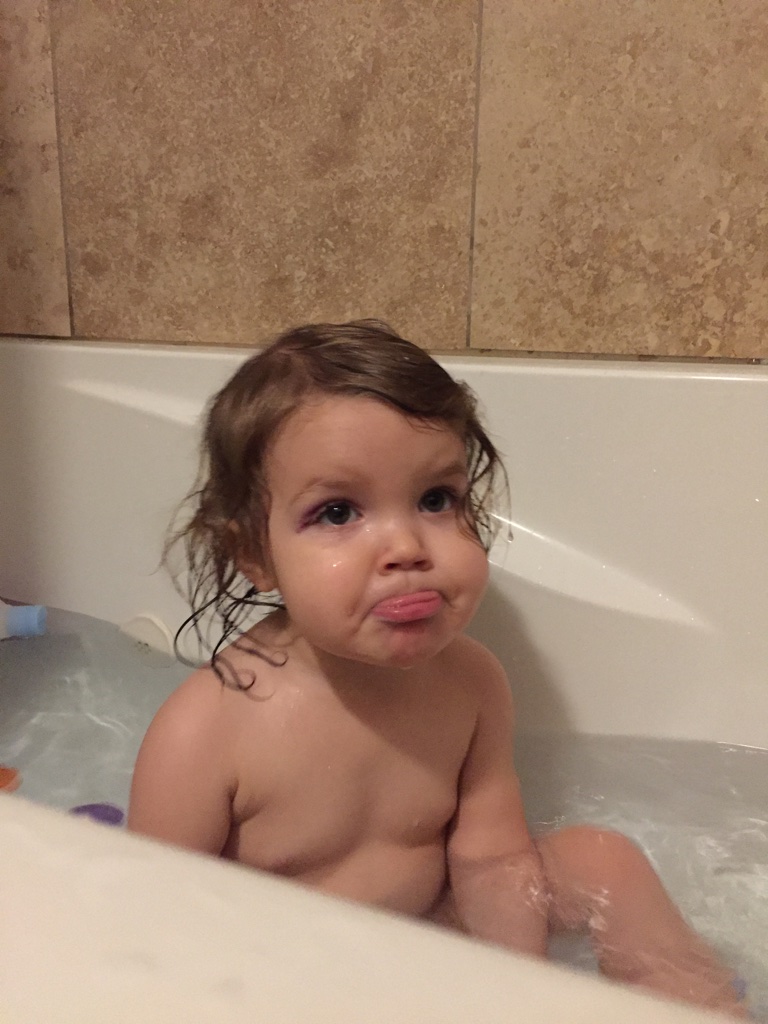 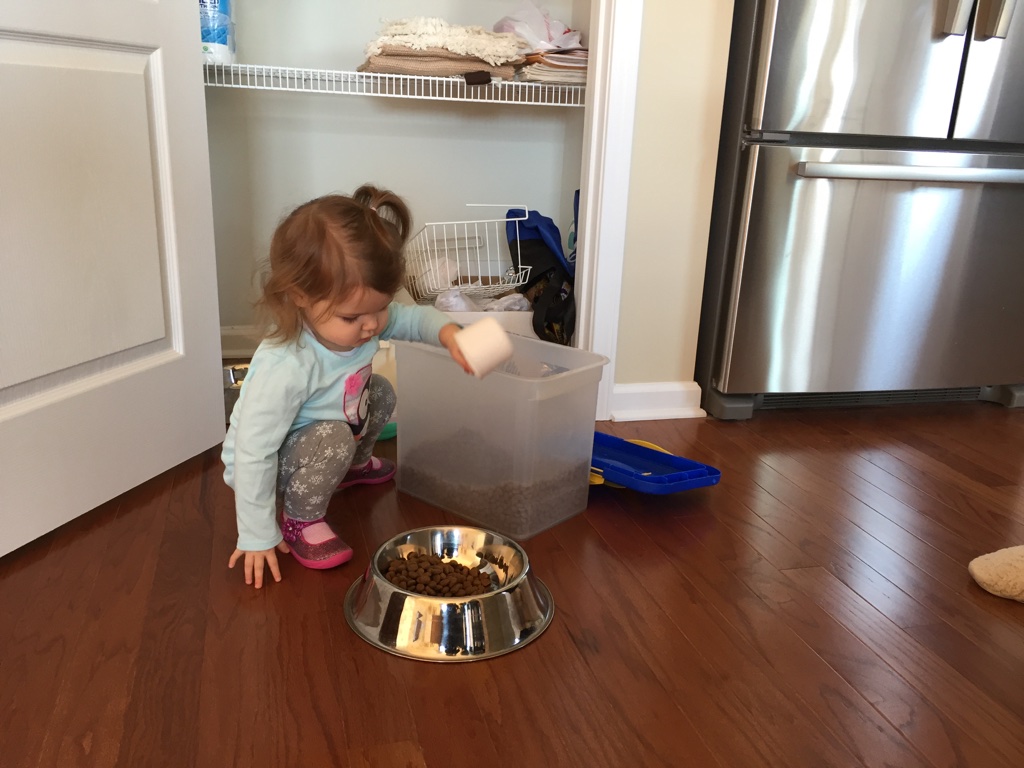 And later on she did some pants-less rocking in Gram’s new chair. 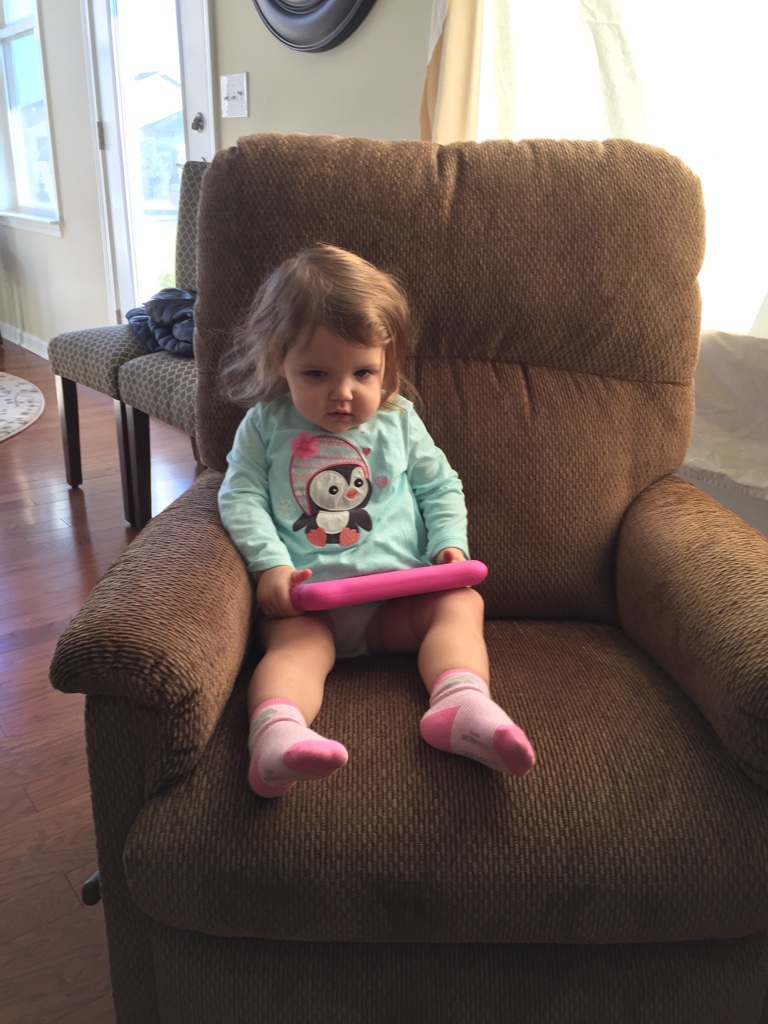 And then promptly fell asleep on the drive home. 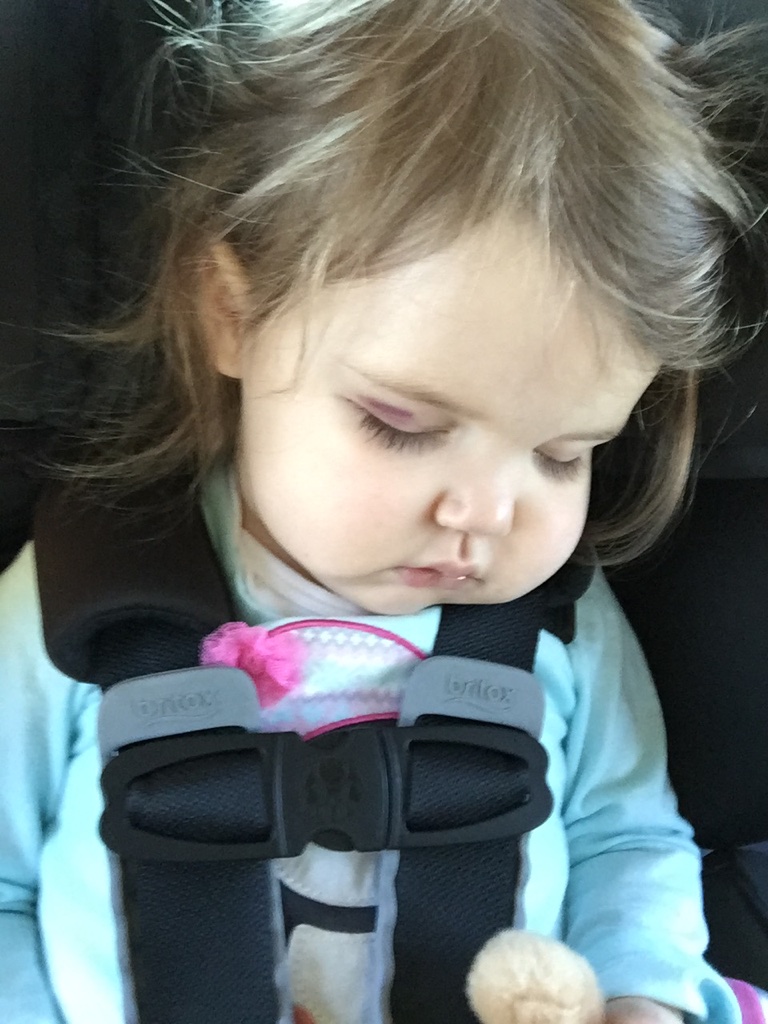 That was our vacation! It’s been a great one, and I will be soooo sad to see Matty go back to work. We didn’t do anything super exciting with Lucy, which I’m a bit disappointed about. Although, I did have every intention of having us take her to the Ann Arbor Hands on Museum this past Thursday. Admission is only $5 from 5-8pm. That time doesn’t really work out for us when Matty’s working, so I was excited to finally get to go. Unfortunately, the day I woke up and said we were going to go was Friday. oops! I lost track of my days. #vacationproblems
We’ve got a lot to keep us busy over the next few months. Can you believe we have less than three months until Emily arrives?? I have to buy a crib . . .  prepare the nursery . . . rename the blog! But all of that can wait. First things first. I’ll focus on The Bachelor tonight, and then I have two weeks left of my class. After that, we will go full steam ahead on baby prep. 2017 is already shaping up to be a busy year!
Have a great week!
XOXO