Life lately has been pretty normal around here . . . and apparently our new “normal” is wrangling a non-napping tantrum throwing little toddler. But there are still lots of sweet moments too, and those are the ones I caught this week. Because does anyone really want me to whip out my camera when Lucy is throwing herself on the floor crying? Probably not.
Lucy is OBSESSED with sunglasses and wears them all the time. I currently have three pairs for her so I can keep them stashed in my purse, diaper bag, and the house. That way I’m never caught with a pair of glasses for her! I know she looks super cute in this picture, but I can’t help but think that she looks like a baby eating breakfast with a hangover! 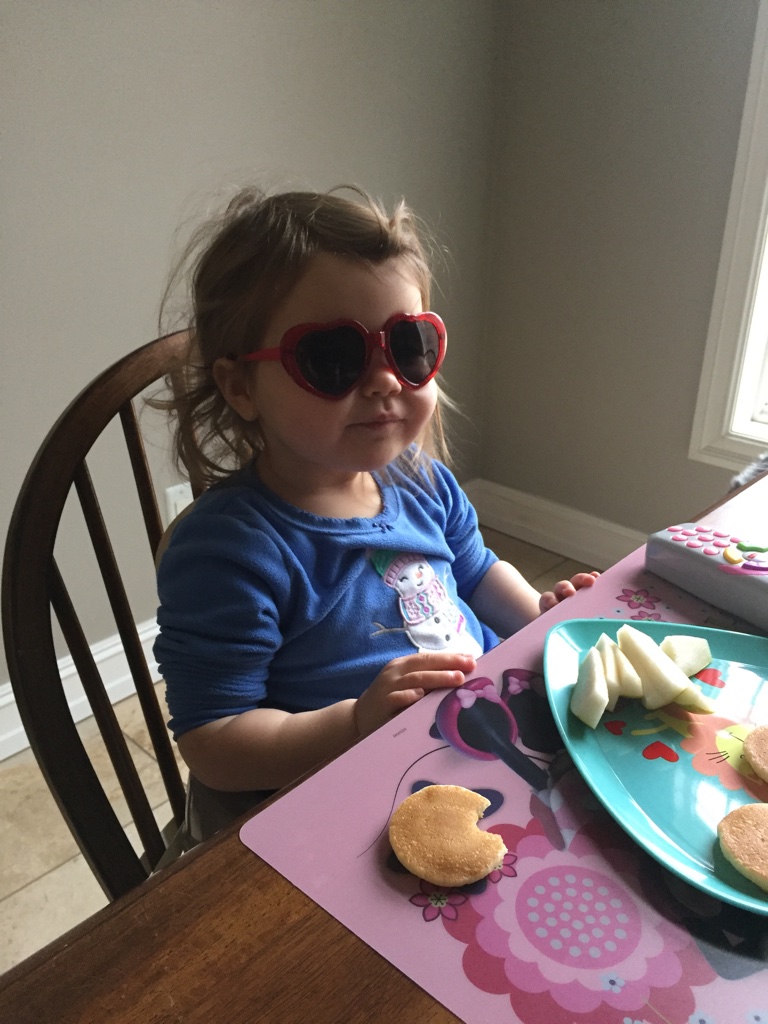 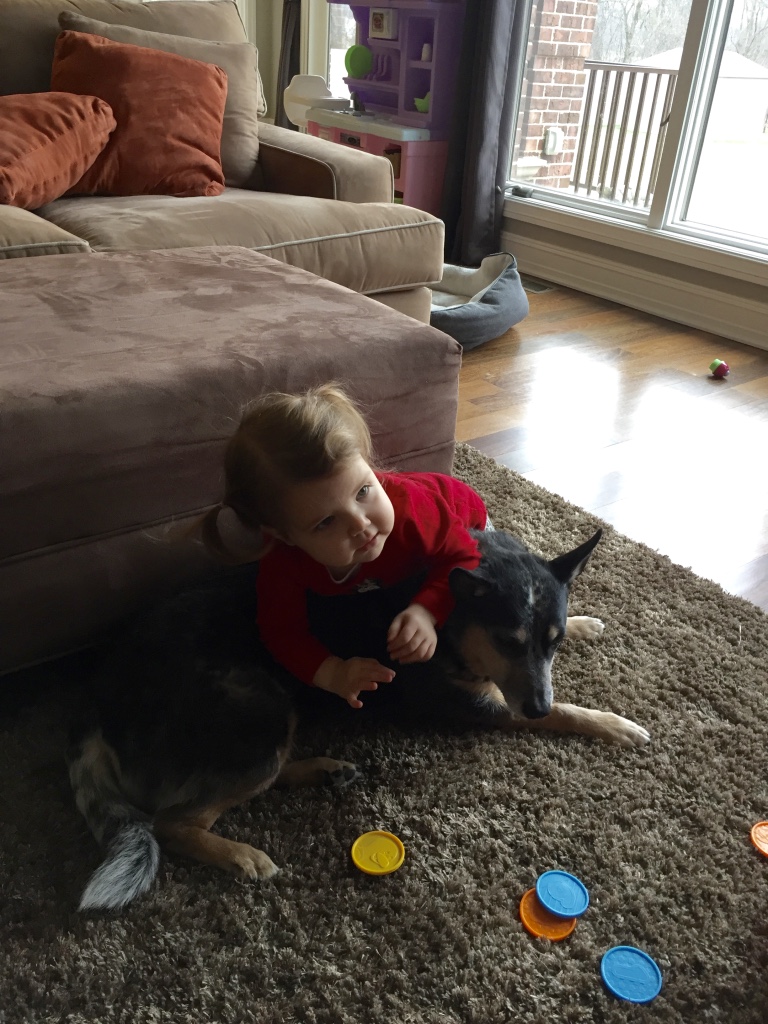 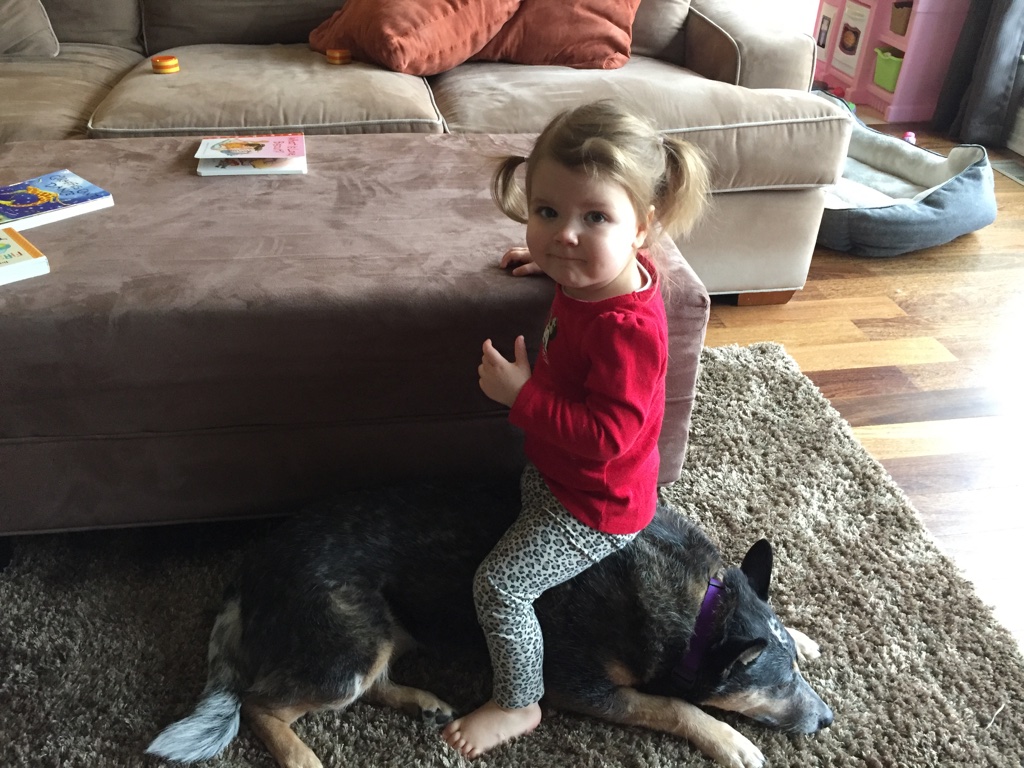 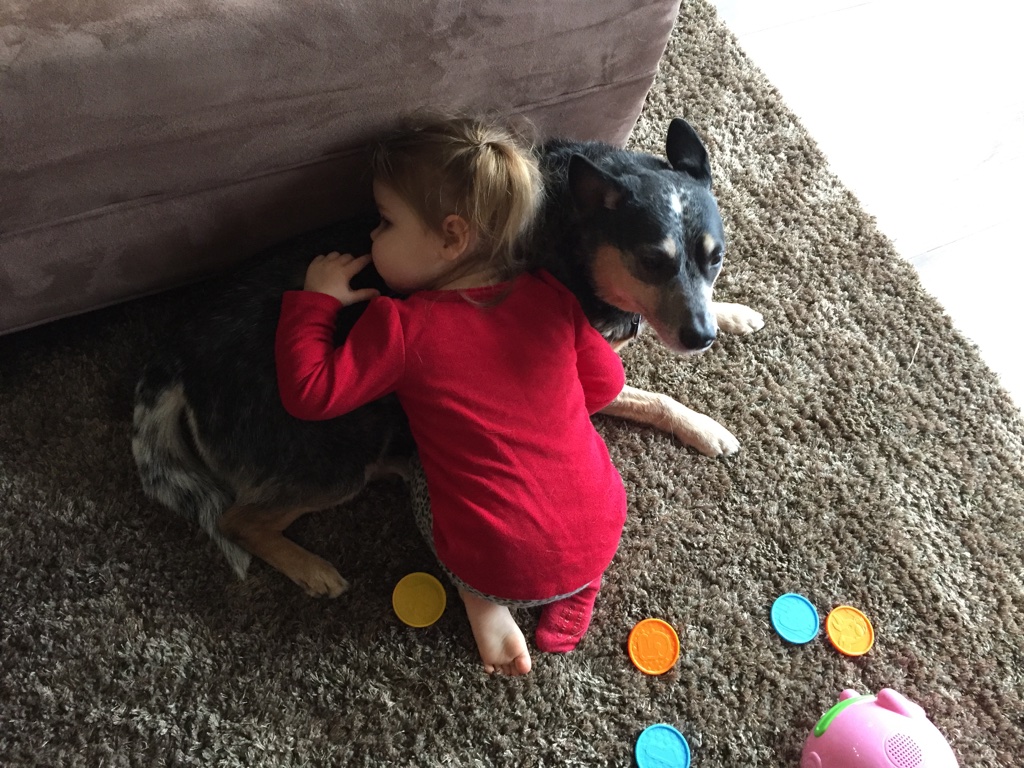 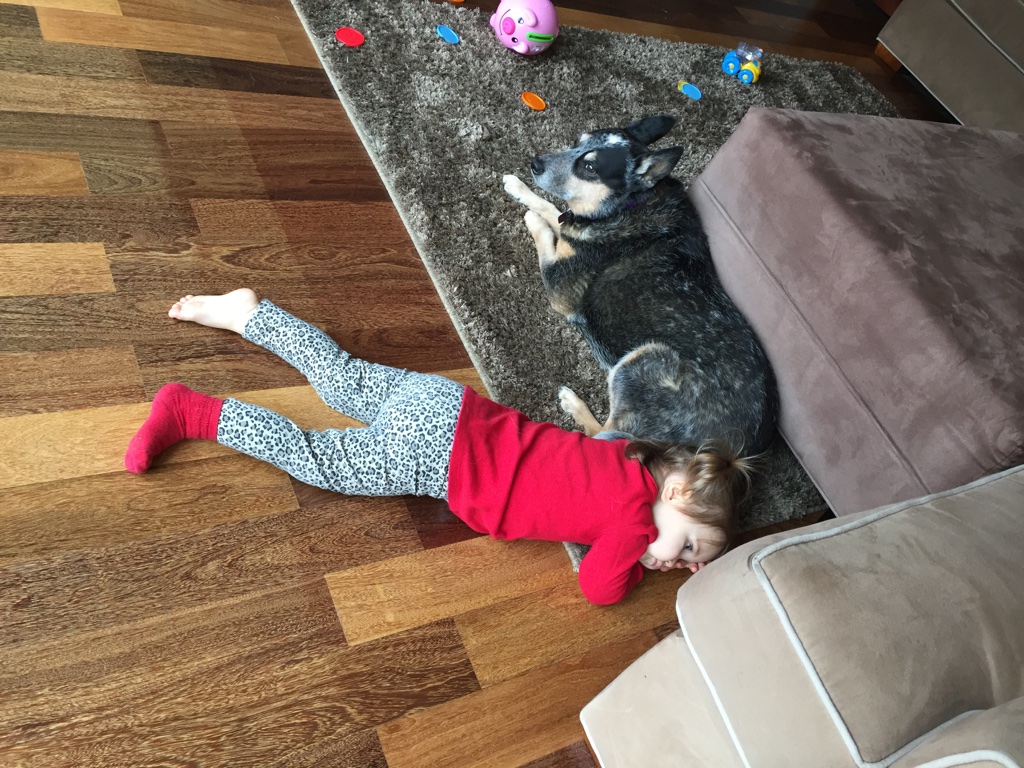 So on Monday afternoon, Lucy spent 90 minutes (yes, you read that correctly) going through a progression of jibber jabbering, whining, crying, and screaming instead of napping. There’s really only so much this frustrated mama can take, so I eventually went in there and rocked her for a bit. I FINALLY got her to sleep and was so happy. 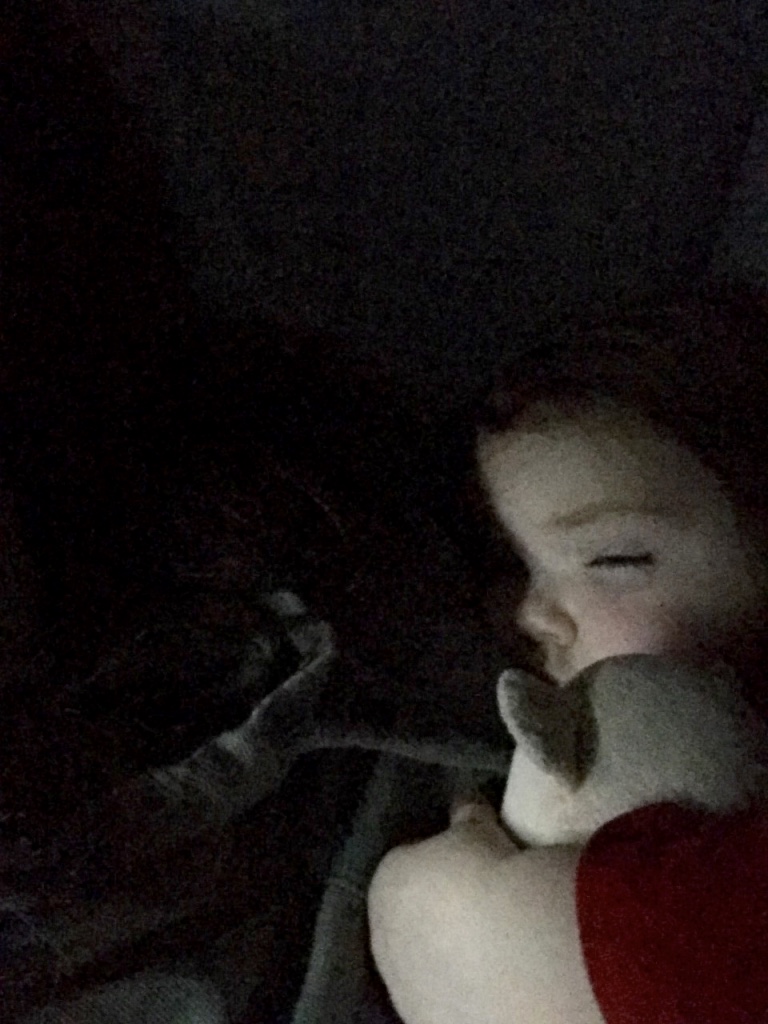 And then about four minutes later I looked down at her and saw this. Sigh. 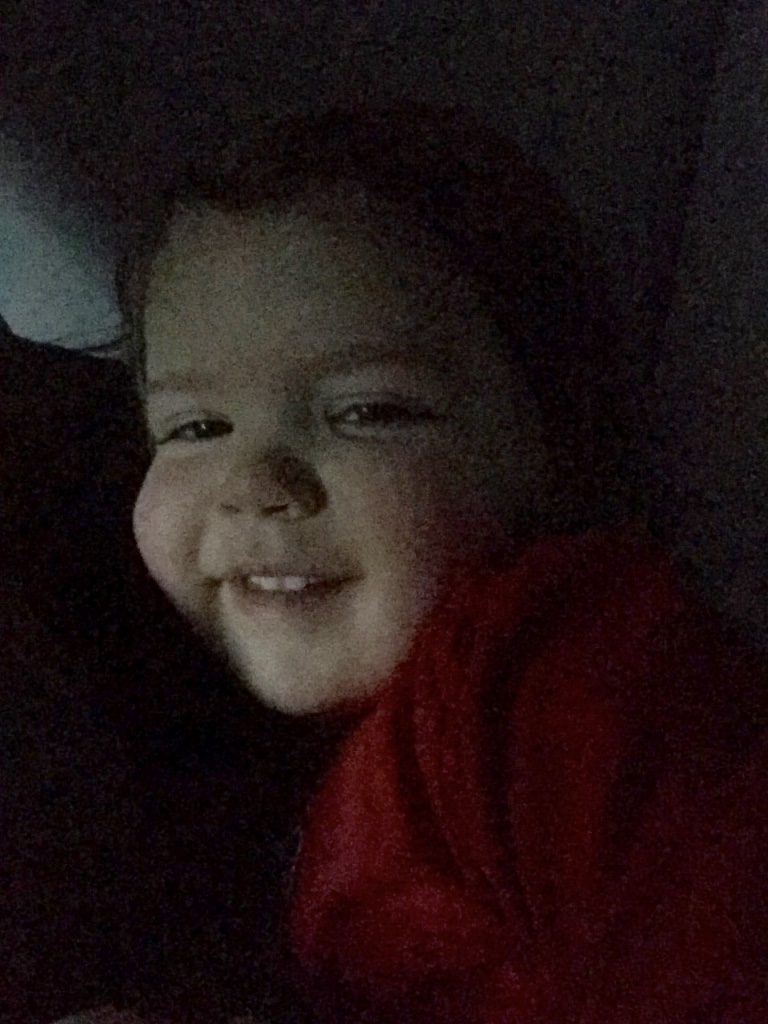 And to top it all off, I tried a new recipe for crockpot chicken and dumplings on Monday. I was super excited about it, but it was basically inedible. After we put Lucy to bed, Matty and I got some sushi for dinner, so I guess it was a happy ending. 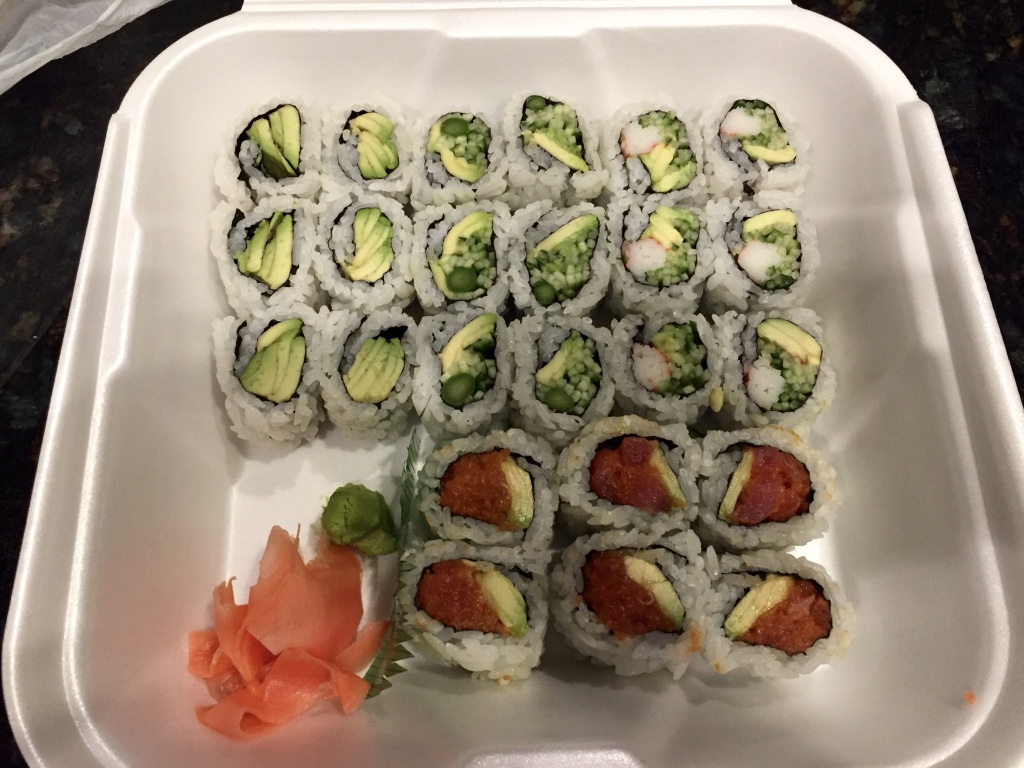 We are slightly obsessed with our “green milk” smoothies. I’m going to need to start buying spinach and pineapple in bulk. 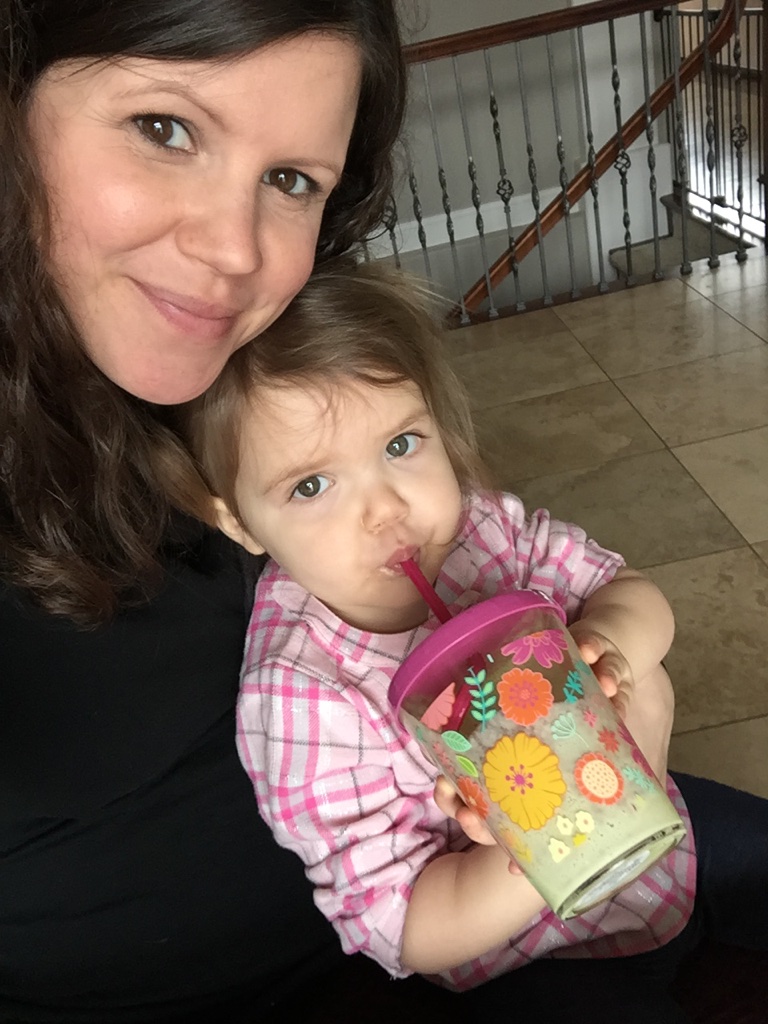 So for nap time on Tuesday, Lucy cried for about 30 minutes, fell asleep for 20 minutes, and then woke up crying again. I went in to, hopefully, rock her back to sleep. Despite how it looks in this picture, she was not sleeping. She was “woofing” nonstop. 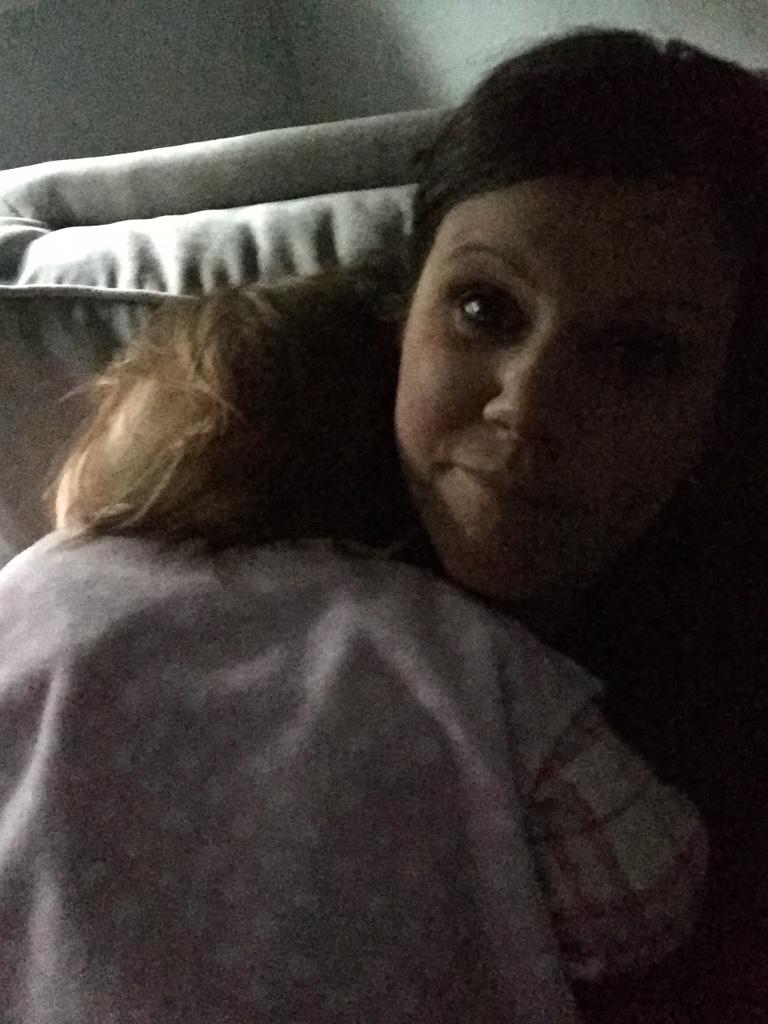 Lucy had her friend Amelia come over to play on Wednesday morning. When I told Lucy that Amelia was on her way over, she said, “Ok, I wait” and took Nonnie over to the door and waited the few minutes until Amelia arrived. It was super cute. 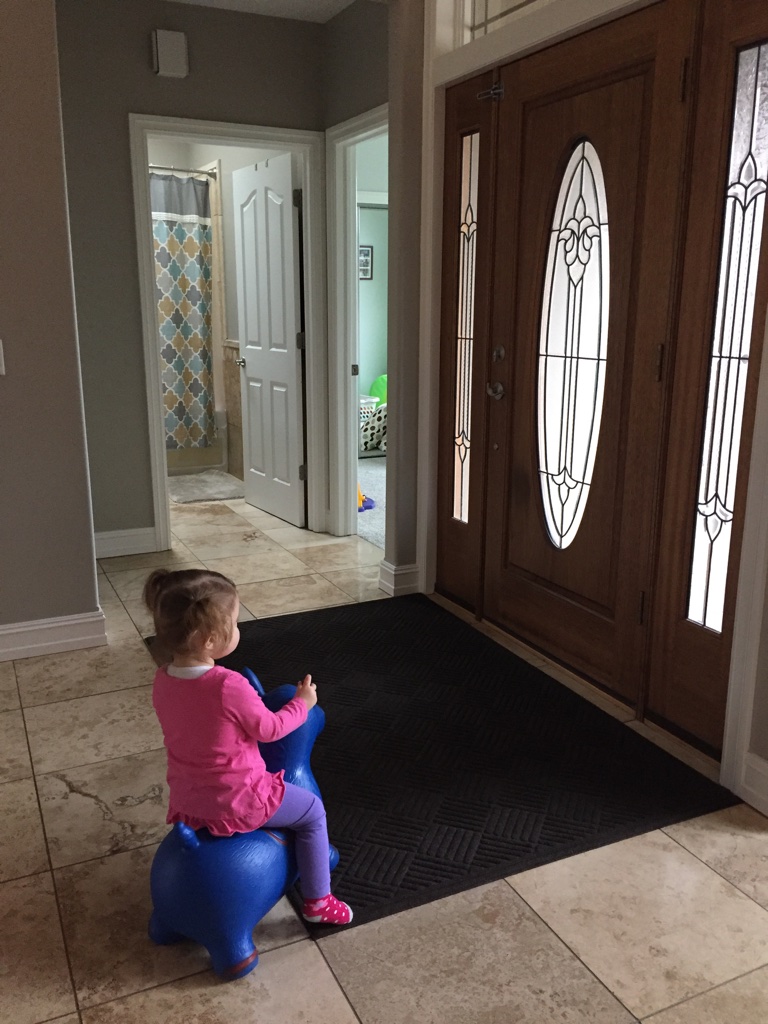 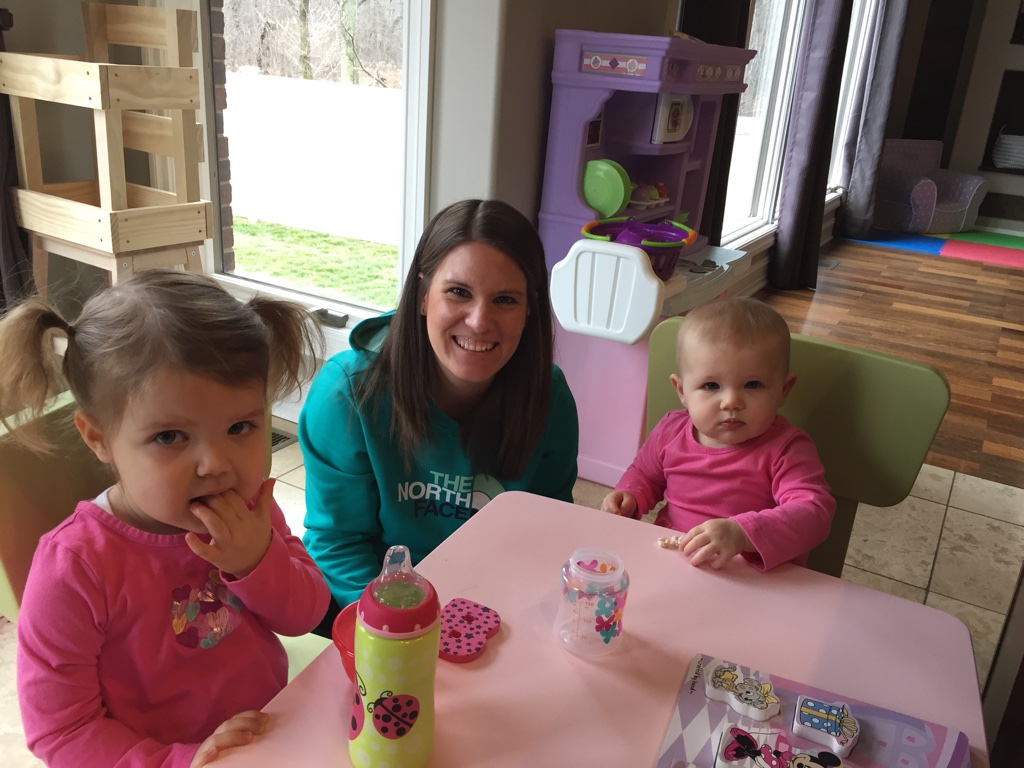 Yesterday was Gordie’s actual birthday, so Lucy and I went down in the afternoon to help him celebrate turning 3. He got a new tent, and they both enjoyed playing in it. 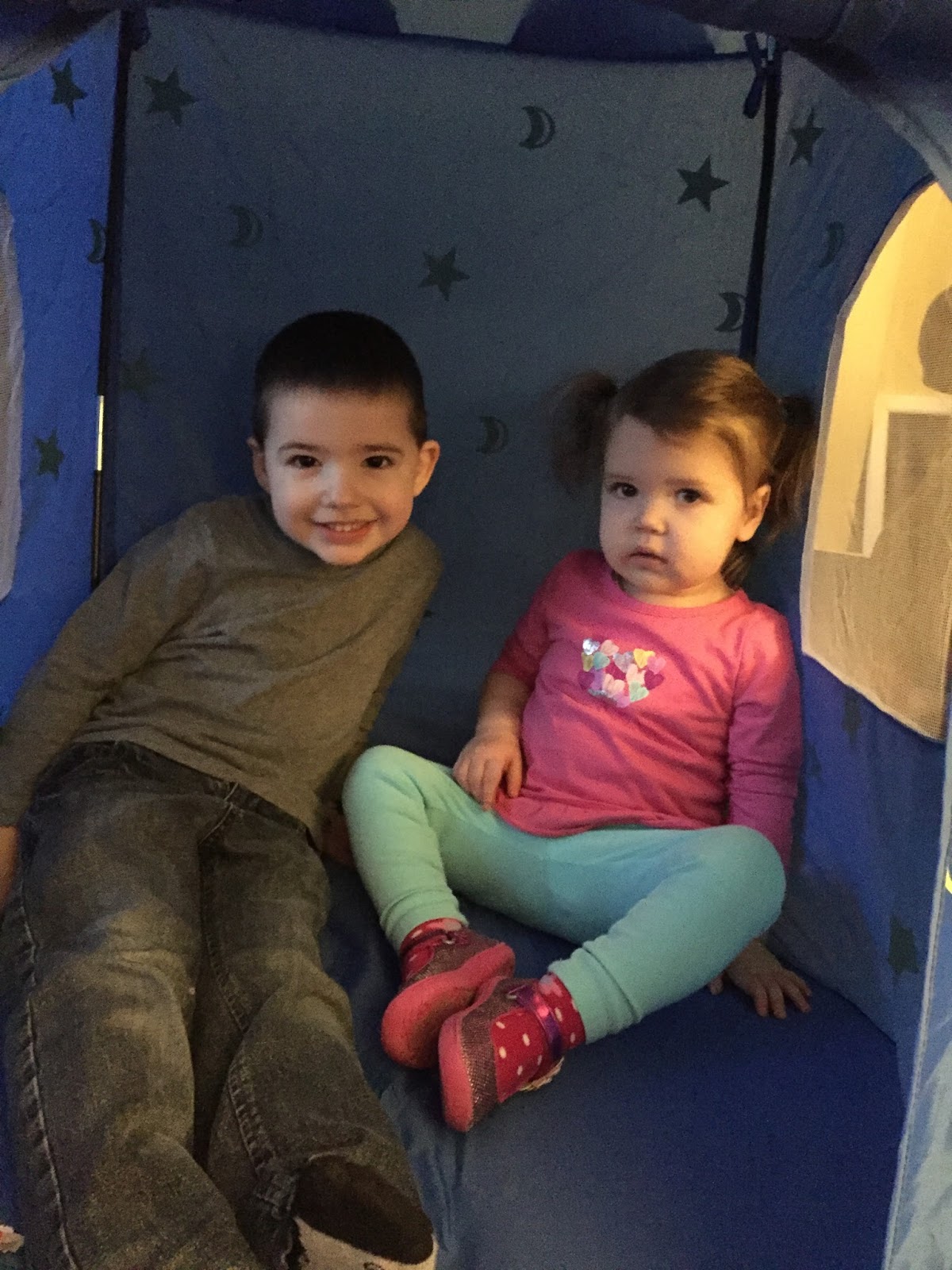 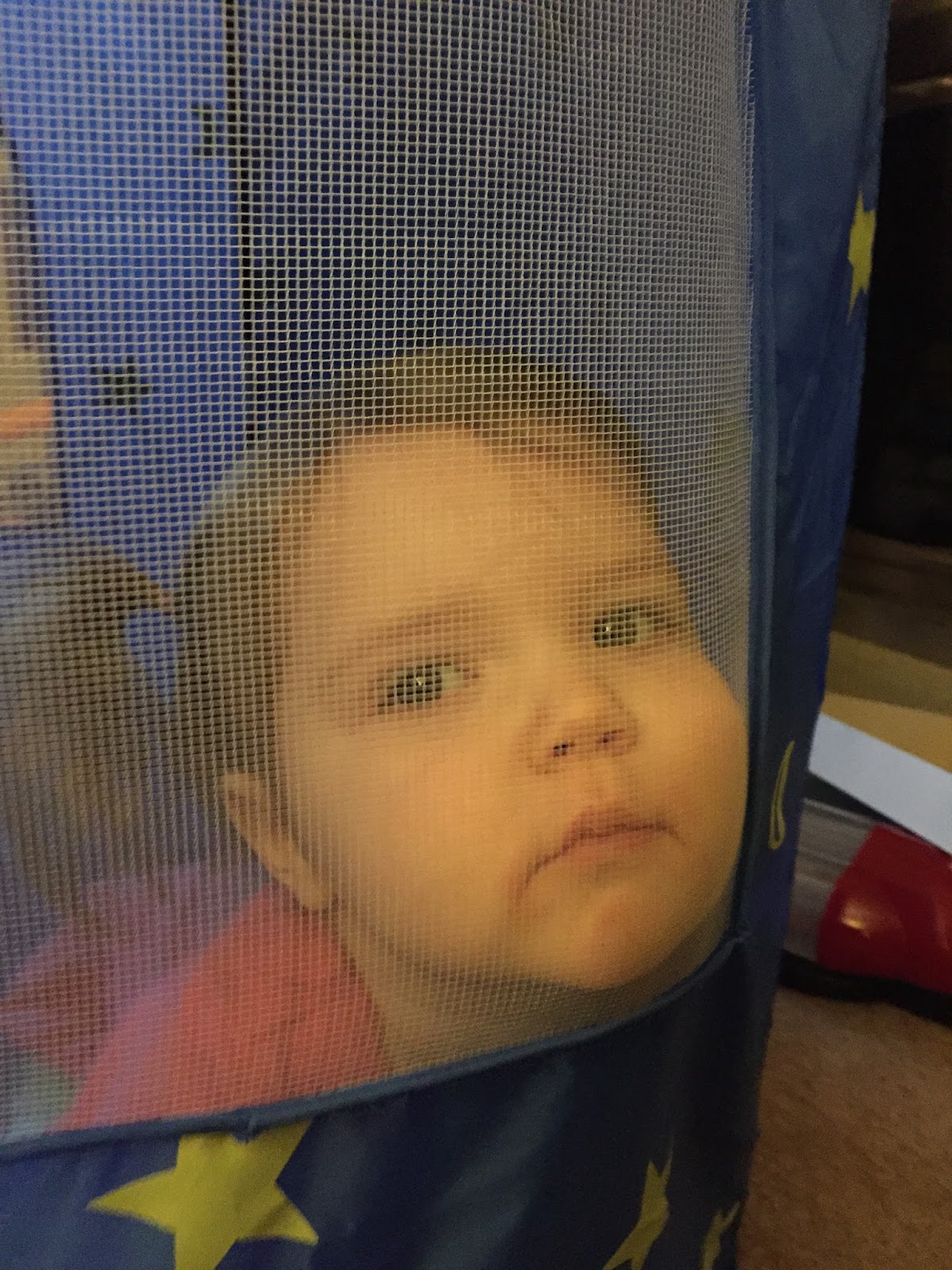 And Lucy ended the night with more Sydney snuggles. I cannot explain how much she loves this dog. When she says her name it sounds more like “Sydnaaaaay,” and it’s adorable. 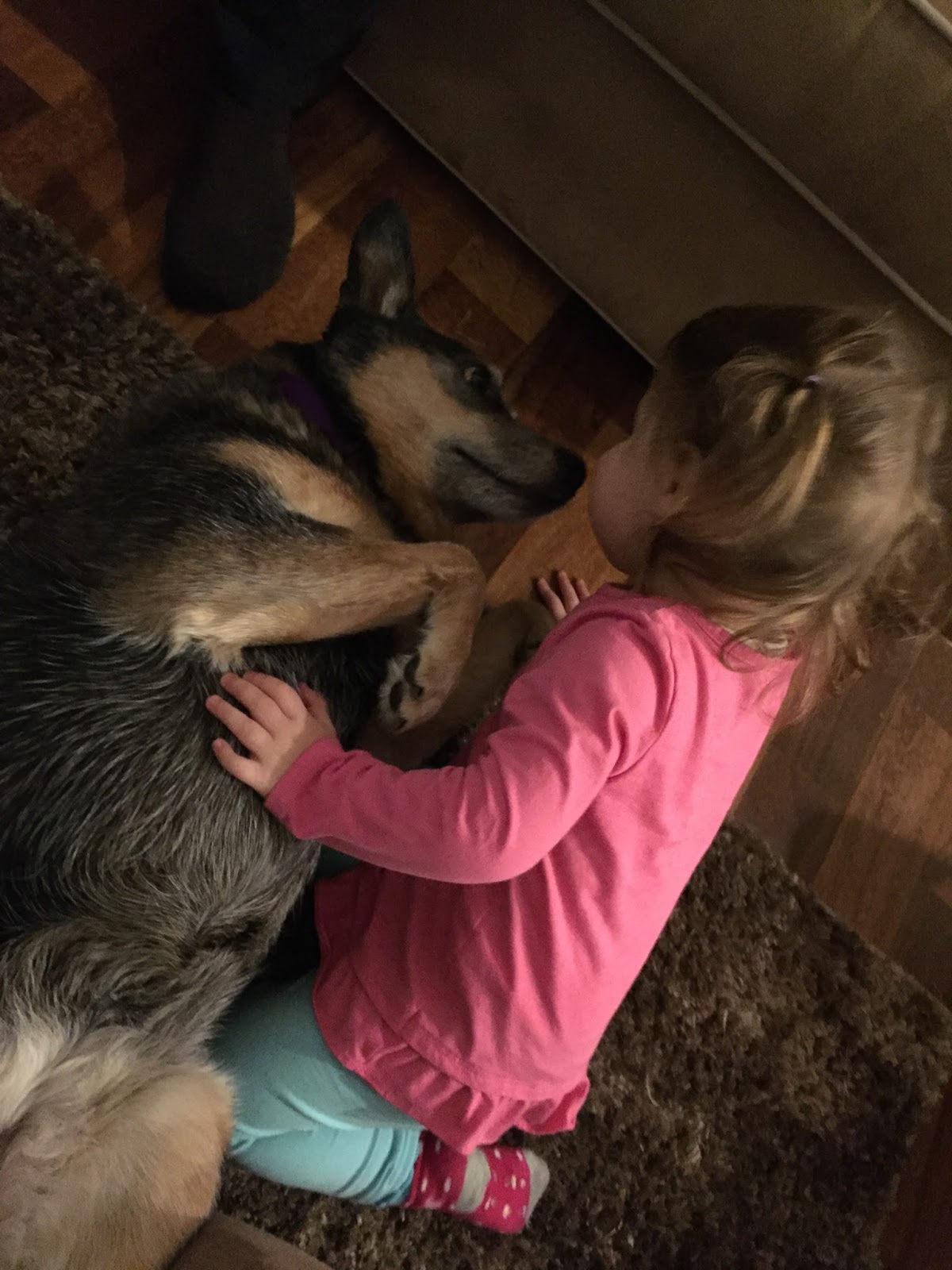 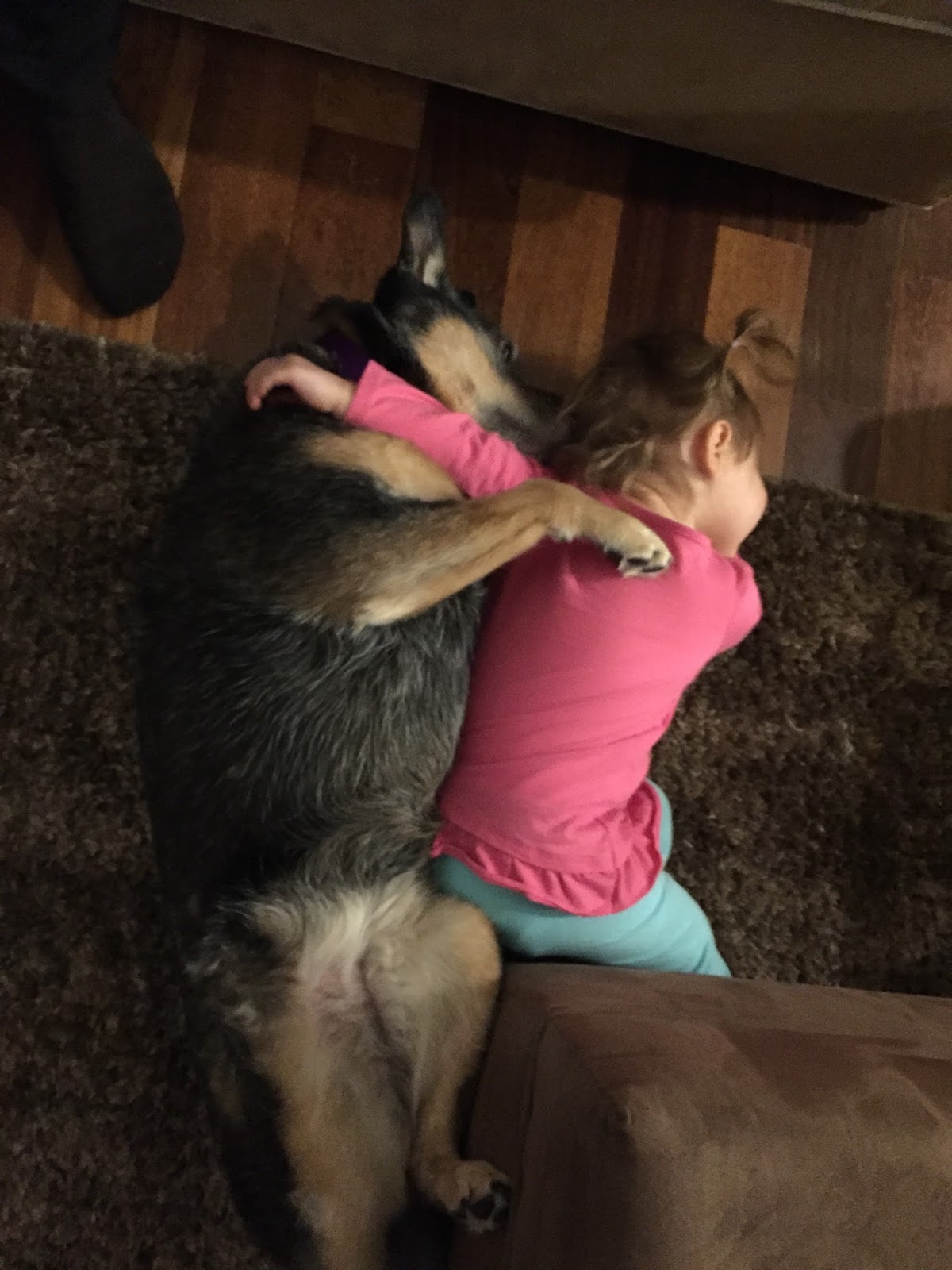 And that’s our life lately. Today we are going with my mom to order a crib and dresser for Emily’s room. And we have big plans this weekend to go with some of Matty’s coworkers and their kiddos to a dog show, which I know Lucy will LOVE!
Have a great weekend!
XOXO