Did Lucy like her play kitchen?? I’m sure the suspense has been killing you! She didn’t give quite the jovial reaction that she did for Nonnie, but she seemed to enjoy it. Here’s a little video of her coming out of her room.
She and Tommy played nicely while I made an actual breakfast. 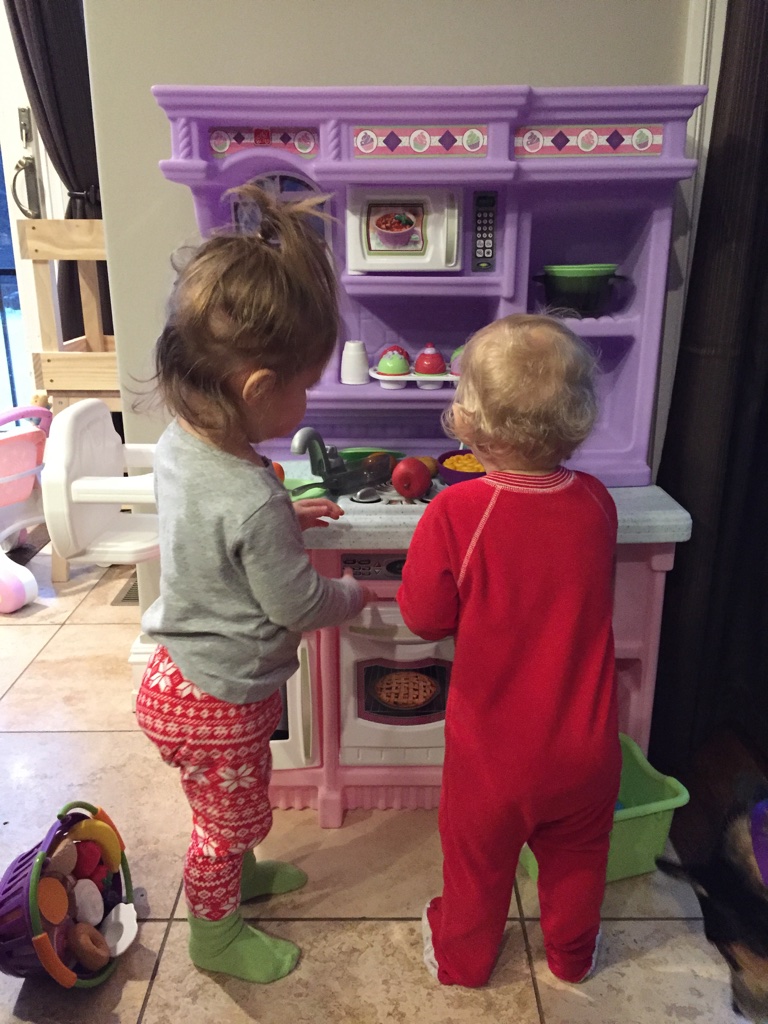 Let’s be real, I felt exactly the same way about eating cinnamon rolls for breakfast! 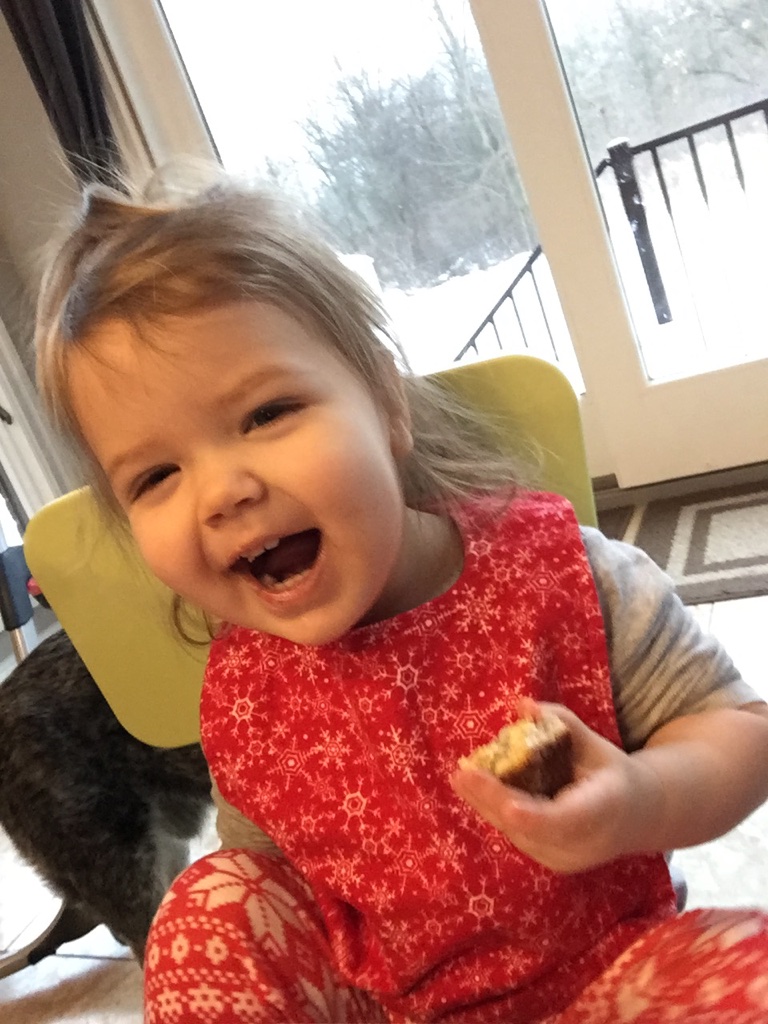 After breakfast Lucy got to open her stocking. She was a little unclear as to what she should be doing, but caught on quickly. 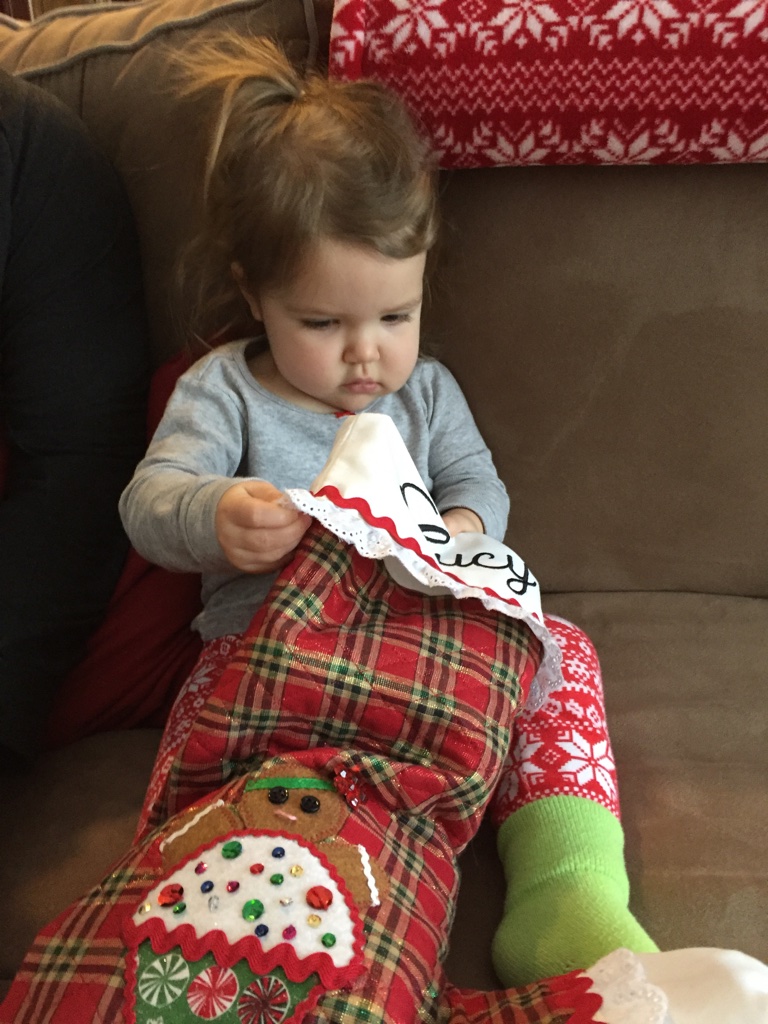 Finally, her very own Tigers hat! Now she doesn’t have to steal mine or Matty’s. 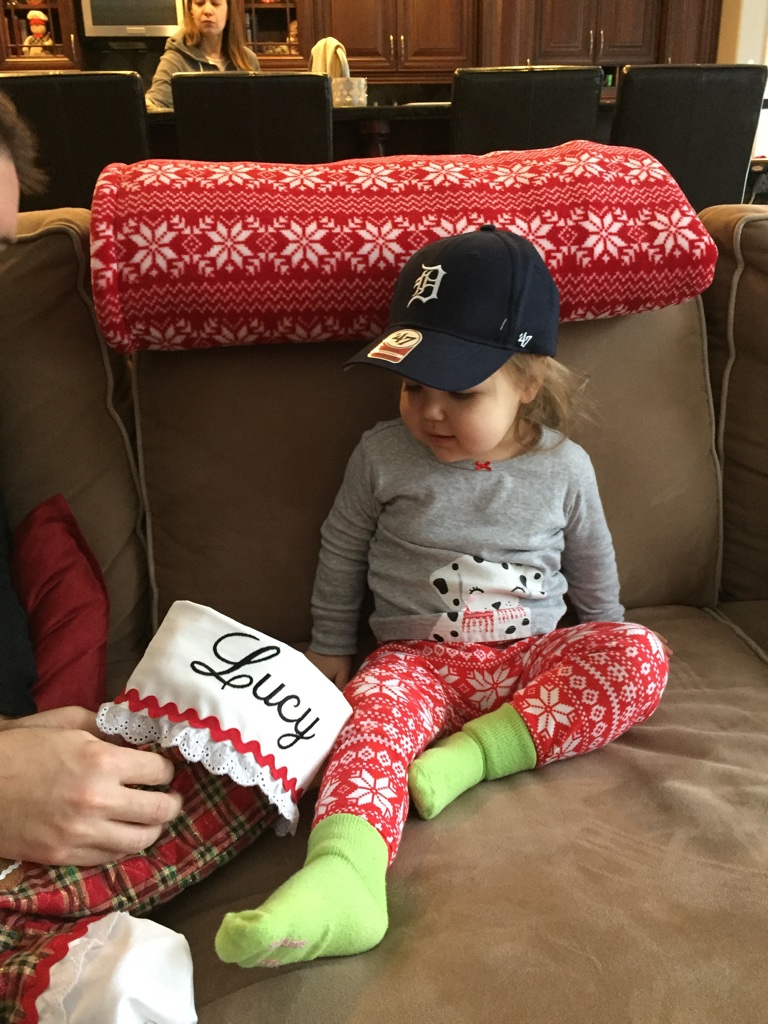 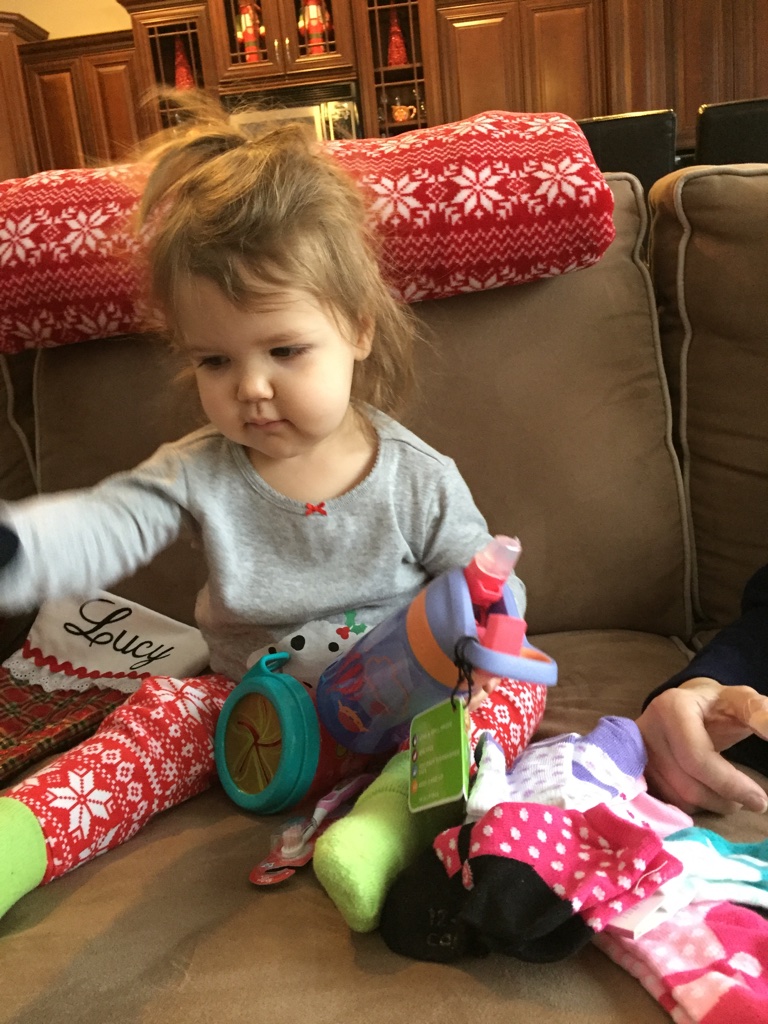 Laughing at herself with her new hat and Daddy’s headphones on. 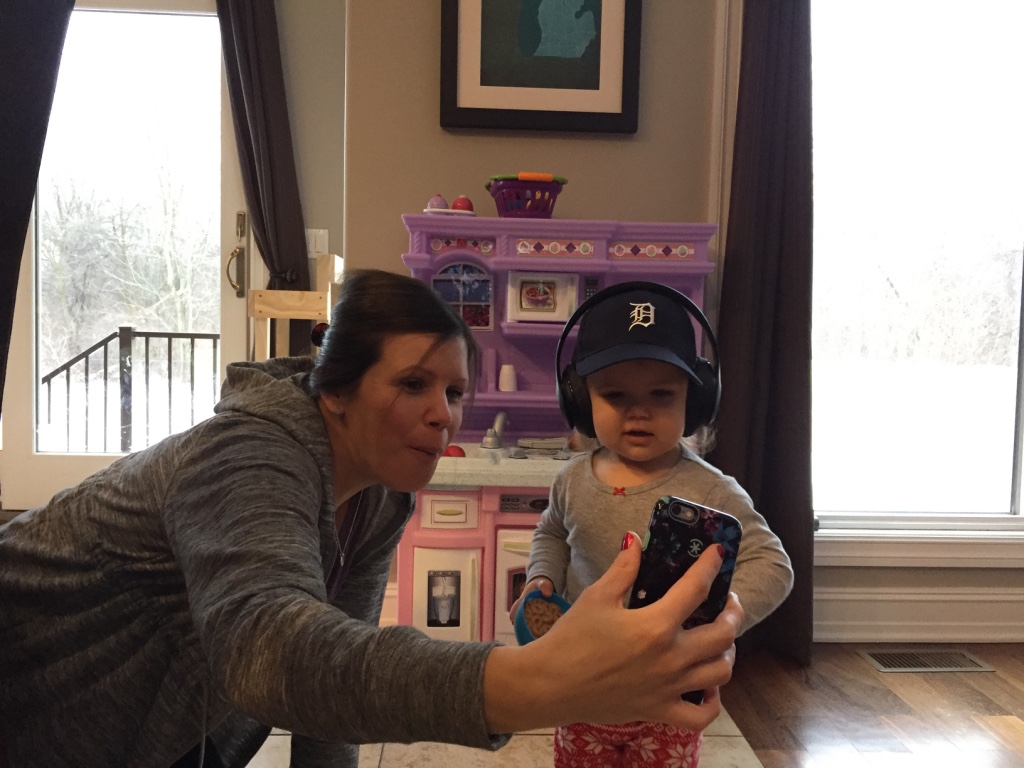 We went to my parents’ house for dinner, and my nephew Andy showed up with his new Kindle Fire and a pair of headphones. Lucy quickly took over his headphones and wore them for a good part of the day. Maybe our family is too loud for her?! 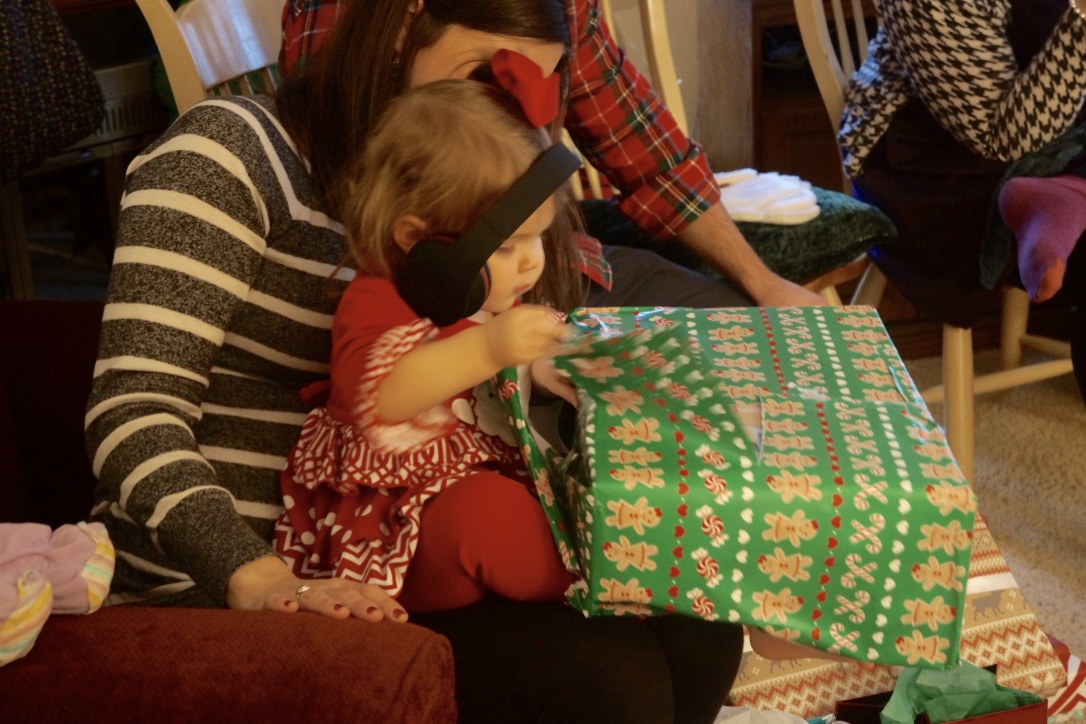 The puppy out of her new pet carrier set was the hit of the day! 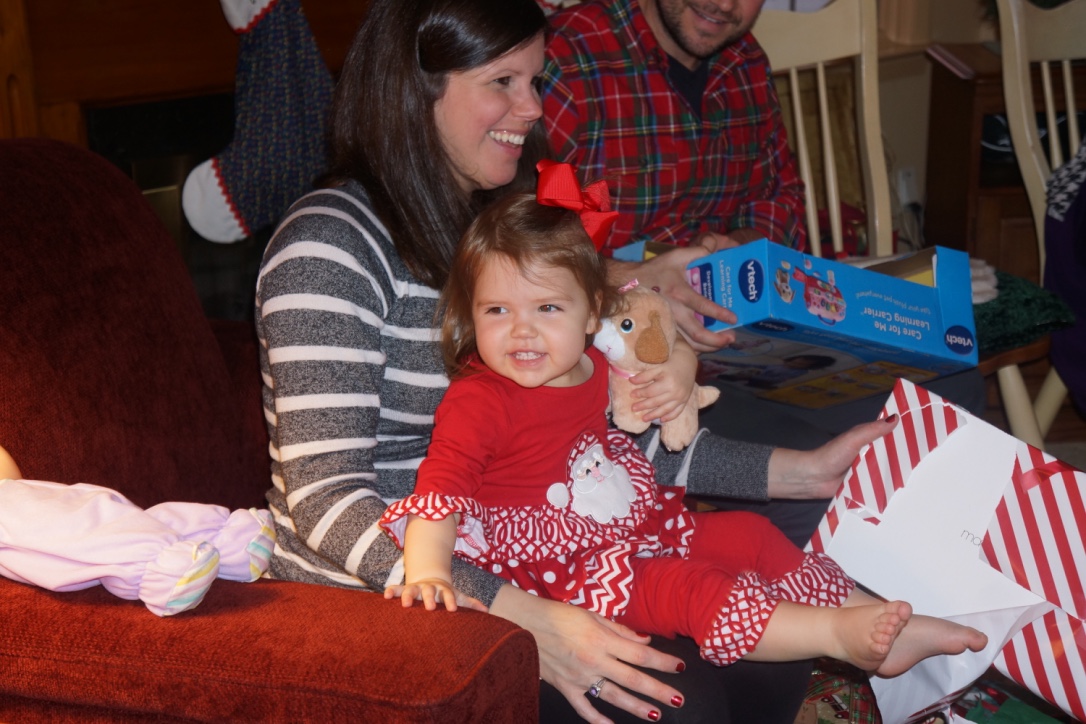 As soon as Matty opened it for her, she got down and walked around showing it to people. 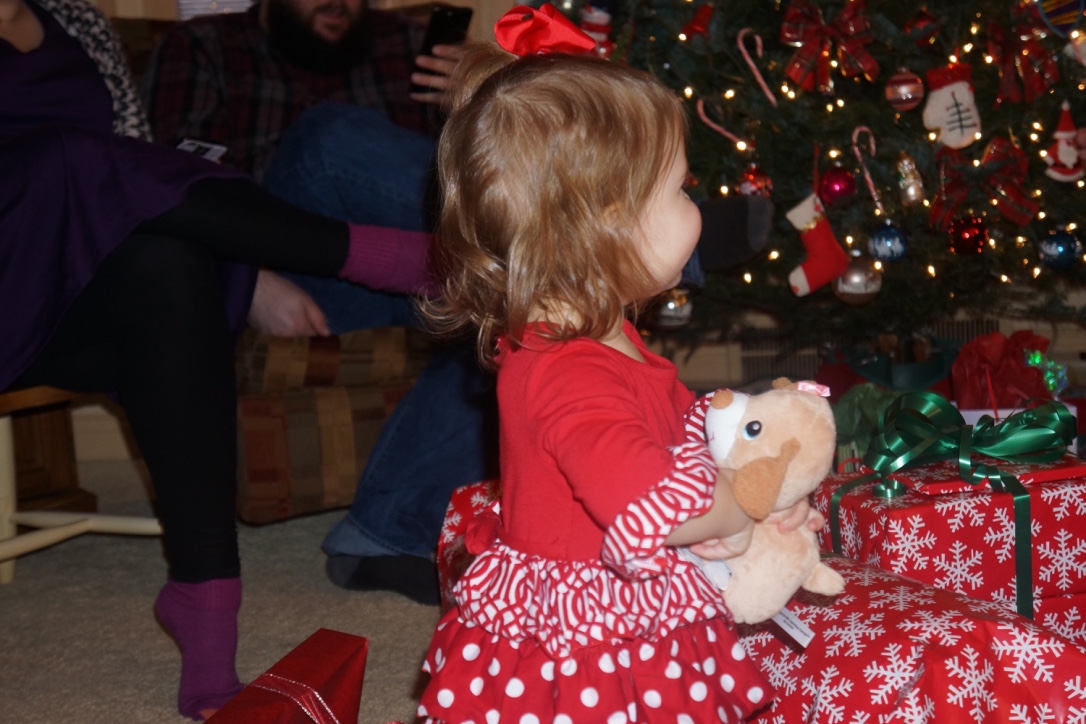 She eventually made her way back to Matty’s lap to investigate the rest of the carrier. 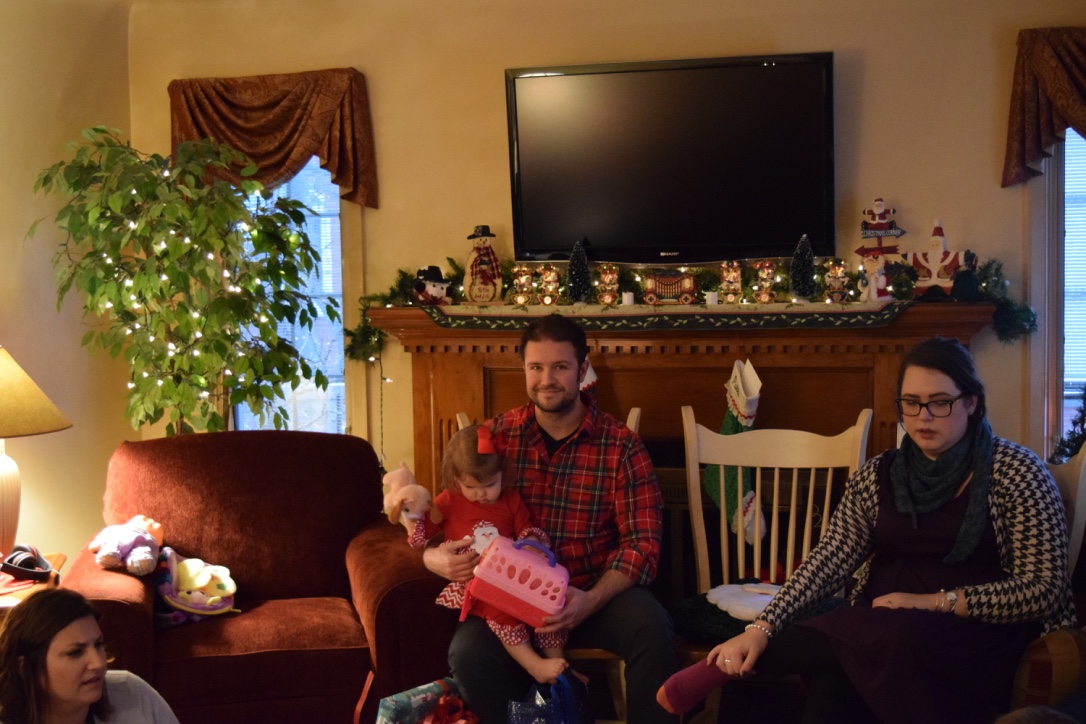 There were tons of other adorable presents for Lucy, but apparently all she really needed was the shiny lid to Oma’s new candle . . . 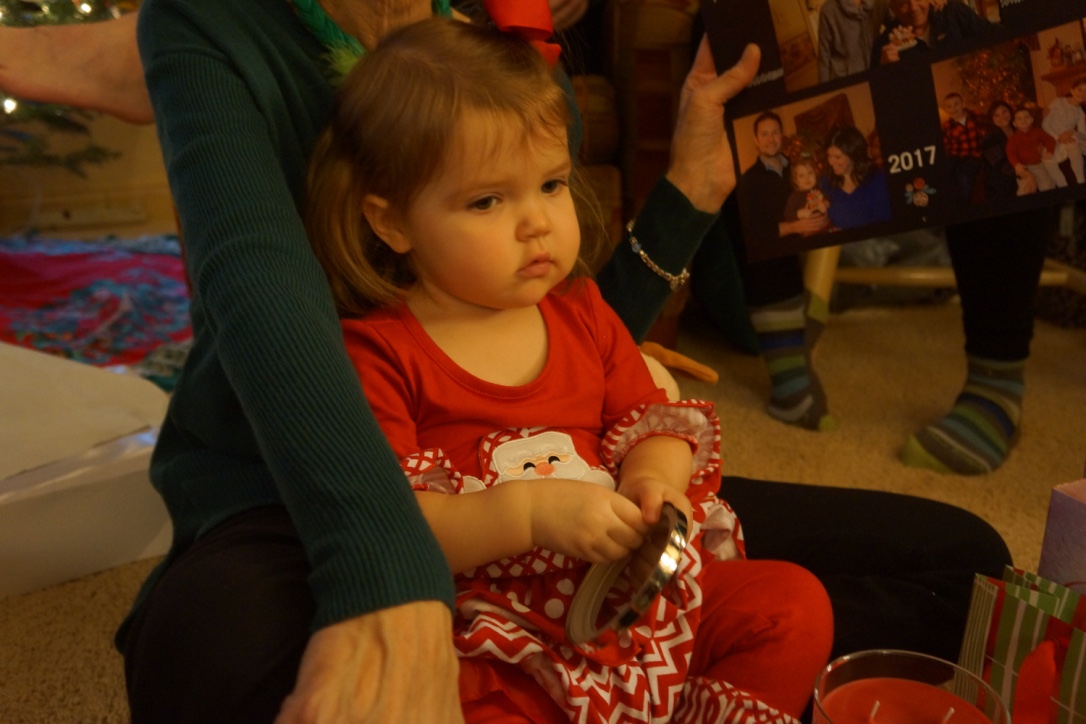 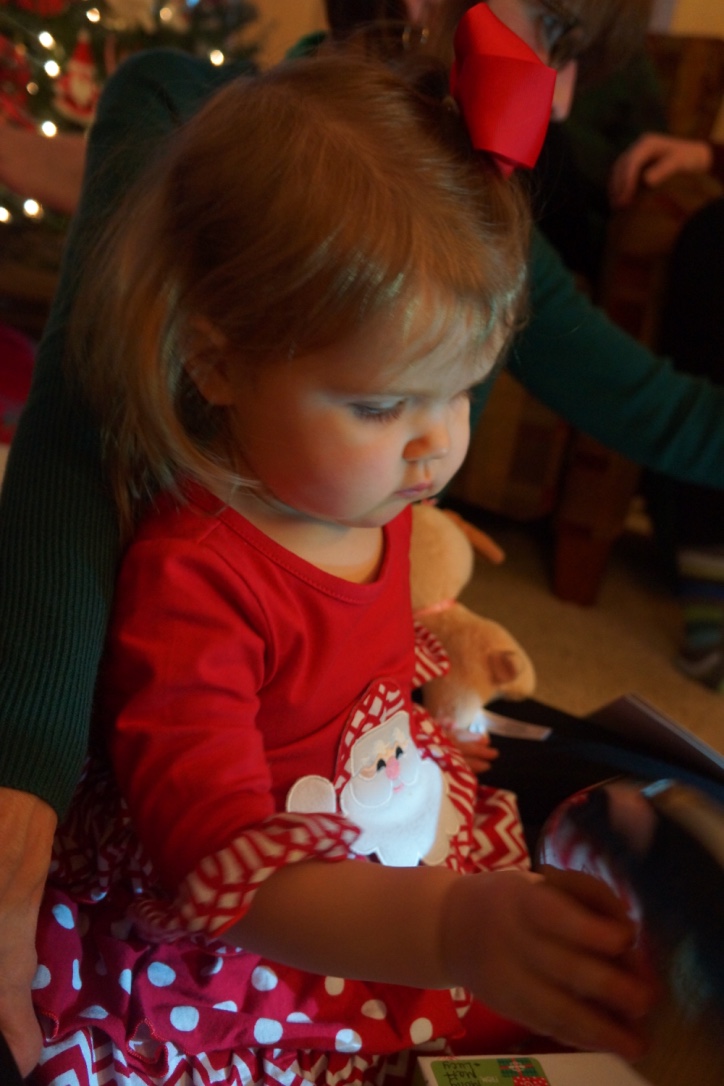 Believe it or not, we got a few cute family pics! 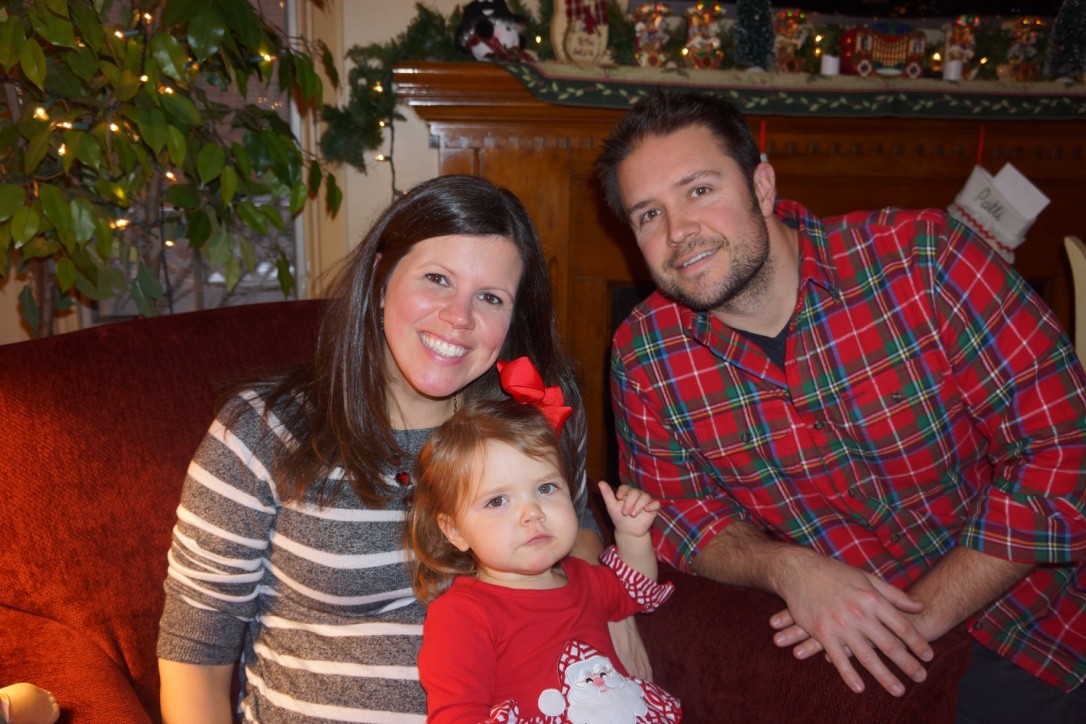 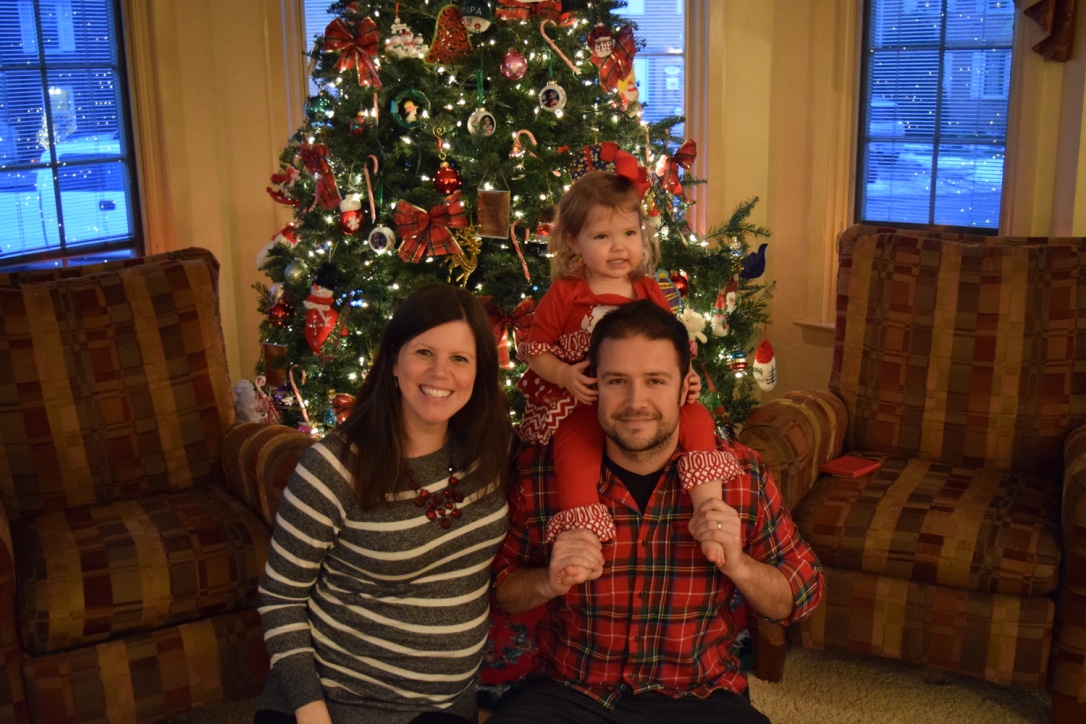 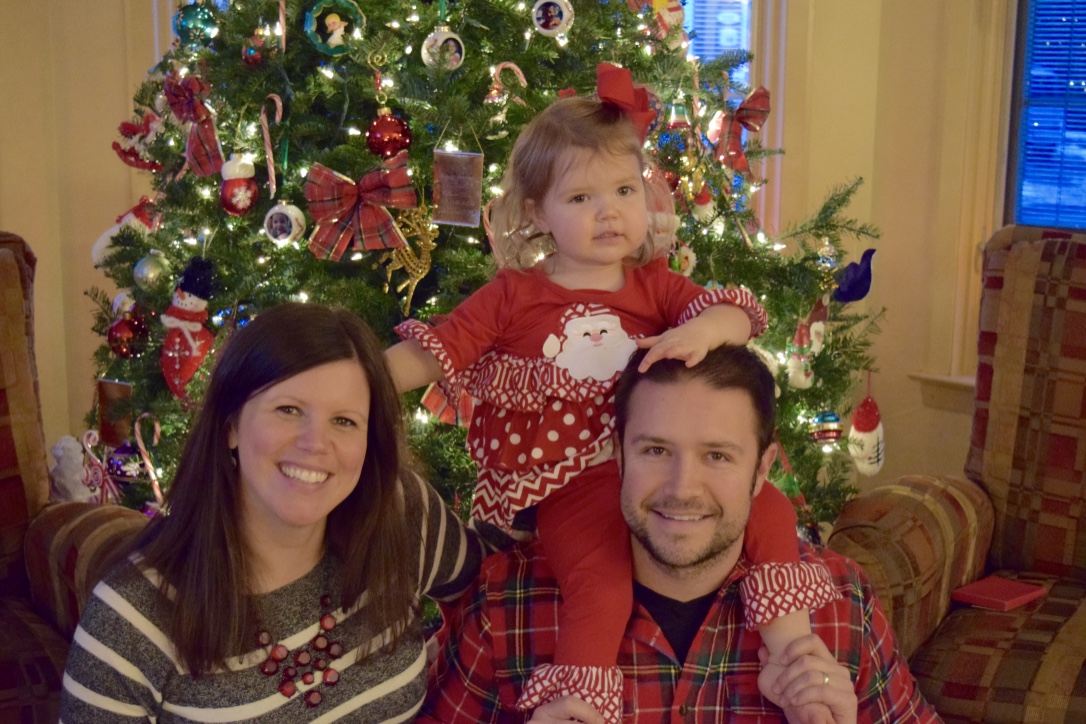 By the time we got to dessert, Lucy was getting a little sleepy. She rested her head on my arm for awhile, but still managed to eat three Christmas cookies. 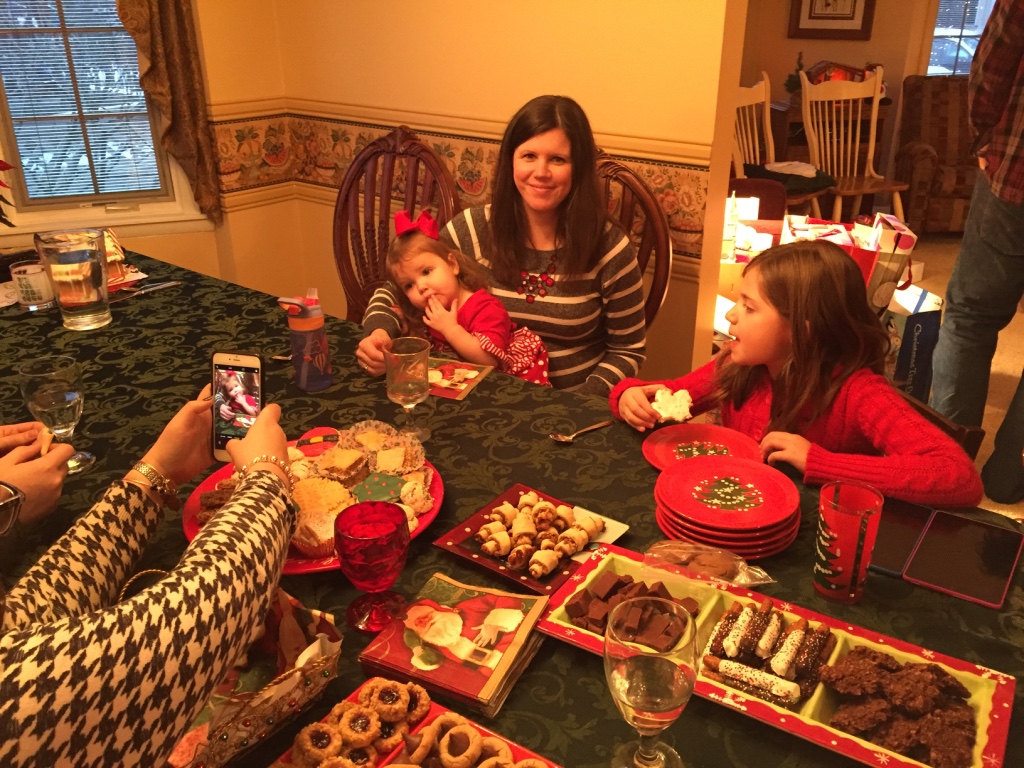 And then she really made herself at home. If there’s a table, those feet are going on it. We’re working on her manners, I promise! 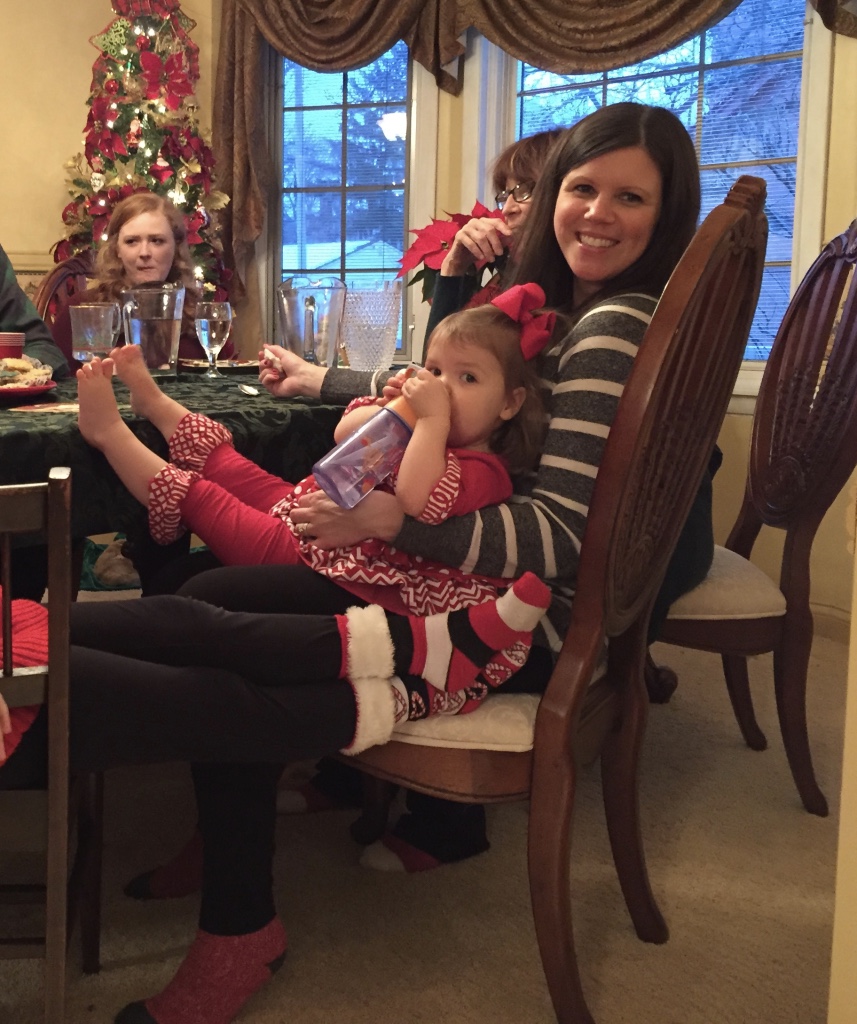 Lucy was in a very good mood on the ride home, probably because she’s feeling happy about stealing that book from Oma’s house. 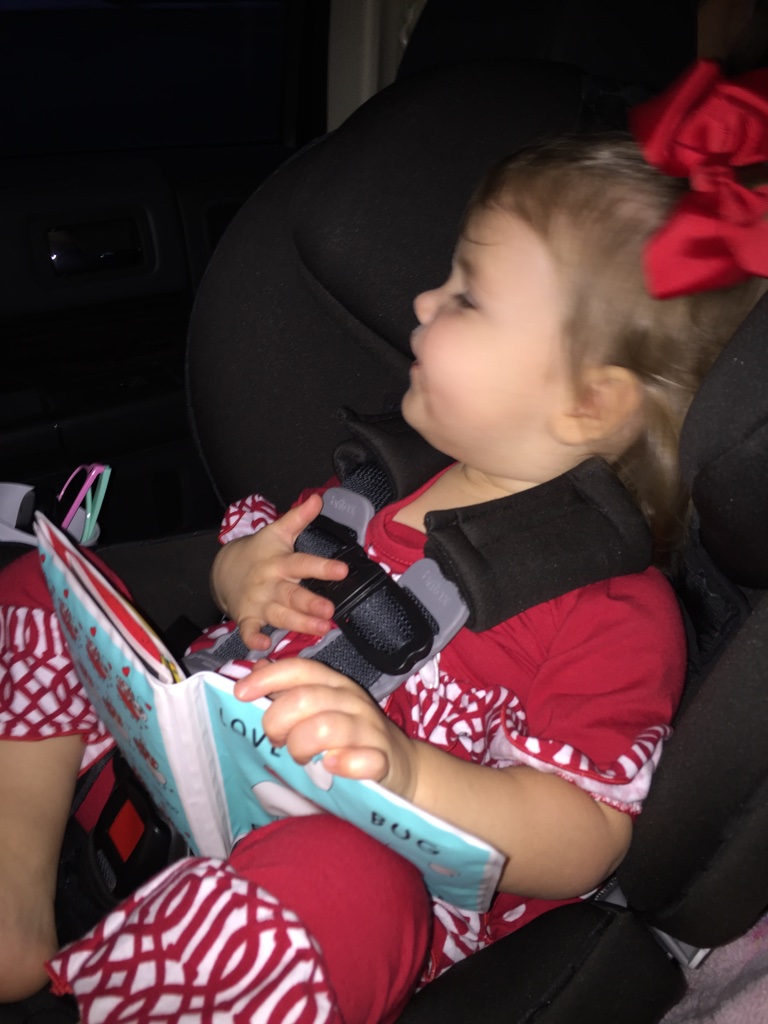 Christmas night involved cooking in her kitchen with her new hat . . . 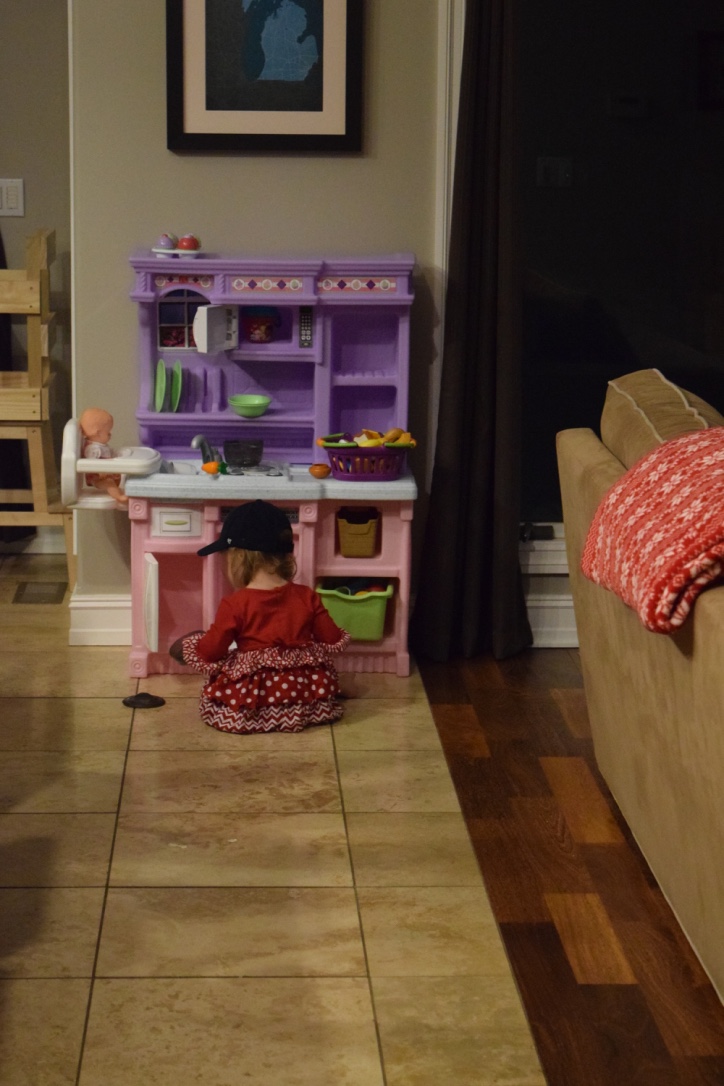 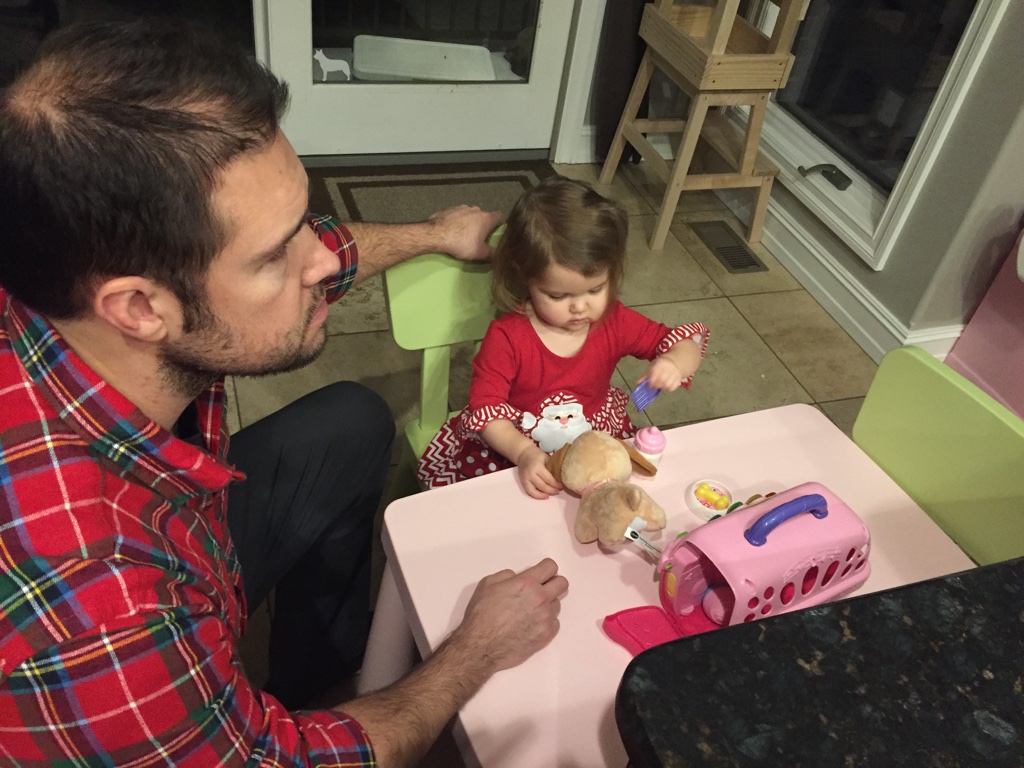 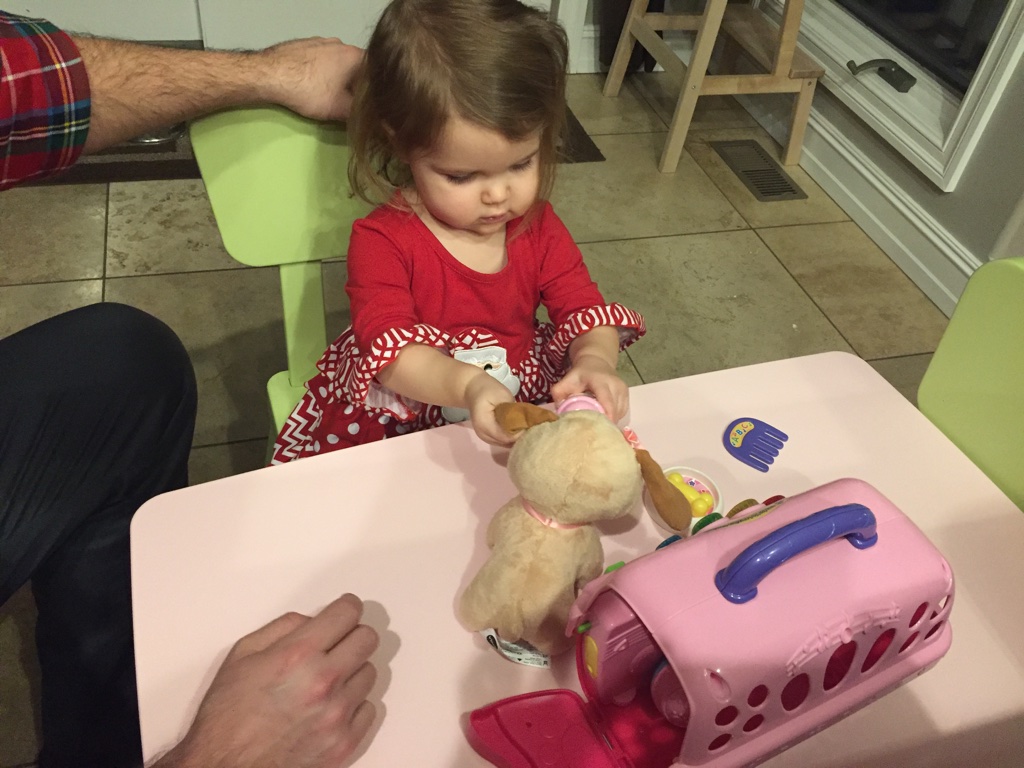 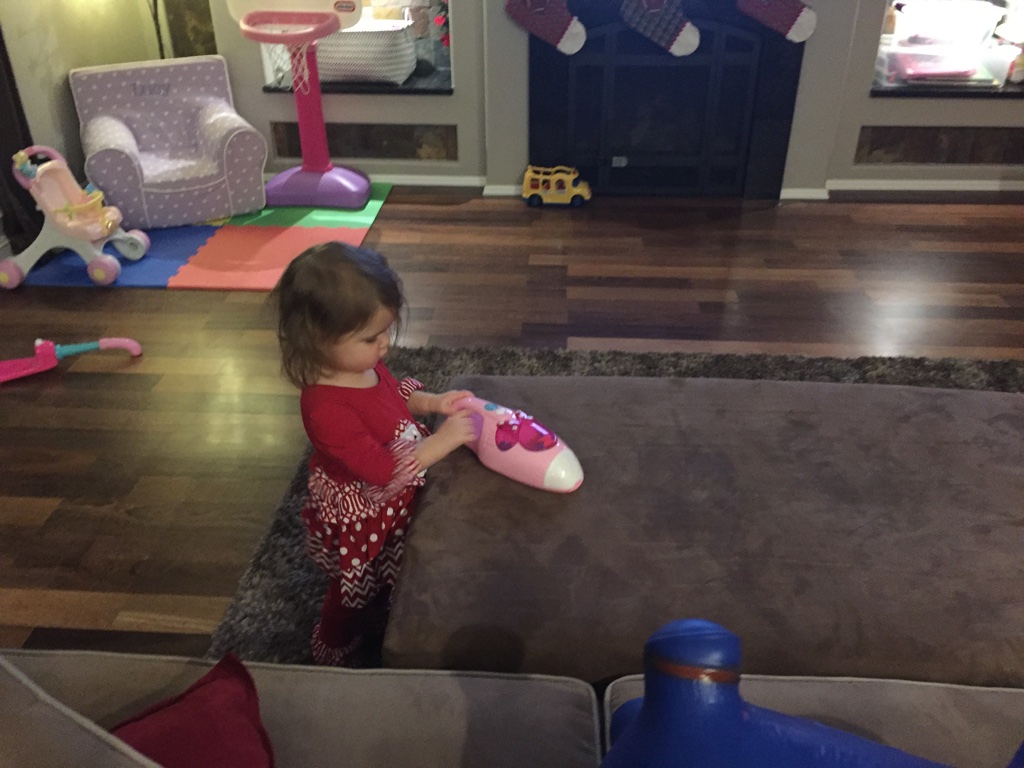 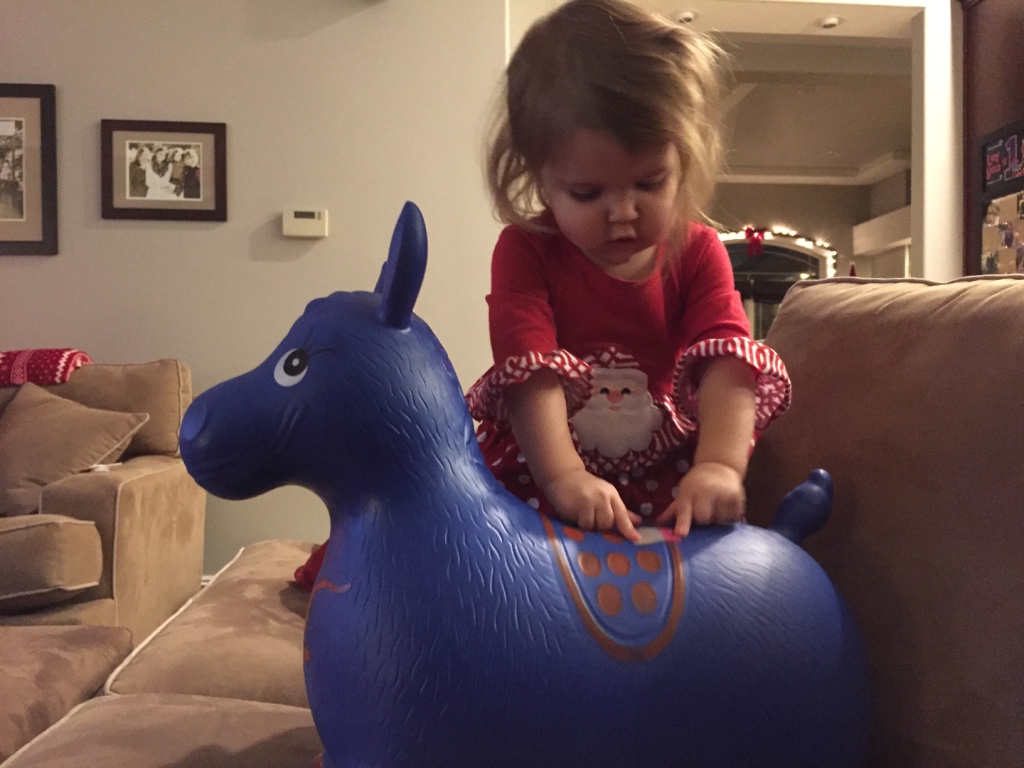 Tommy came home from the party he had been at, and the two of them ended the night with a little swim in the tub together. 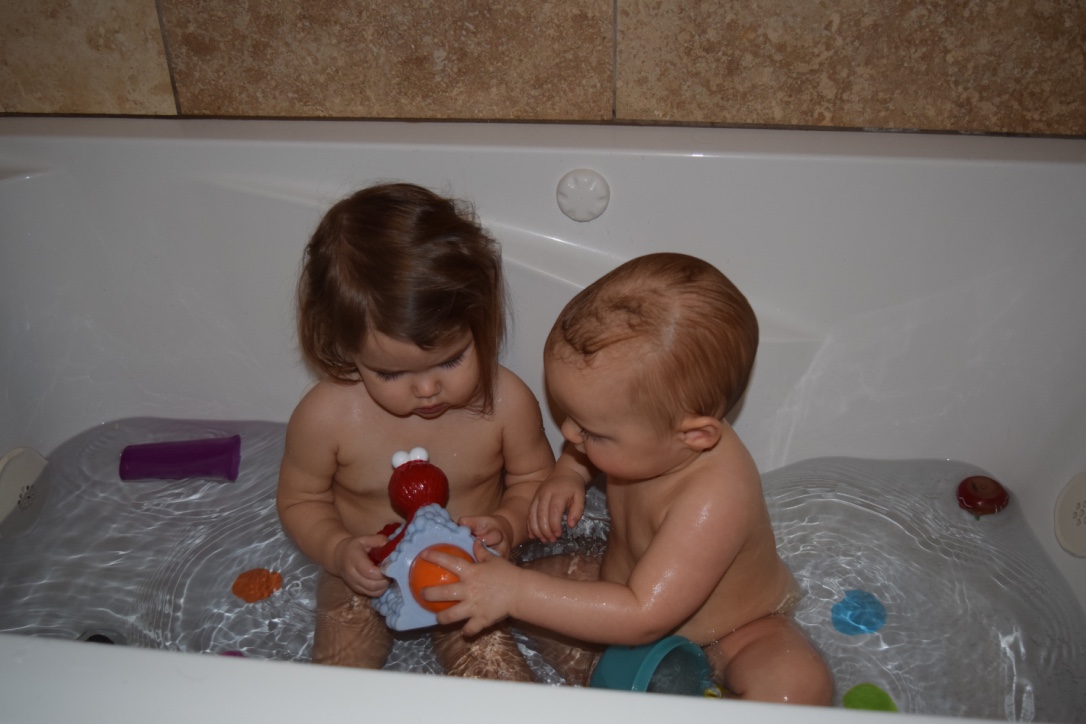 I got this text from my SIL later that evening. Gordie was enjoying our gift of Cars 2 the movie, a Cars pillow, and Cars slippers. I love a good theme gift! 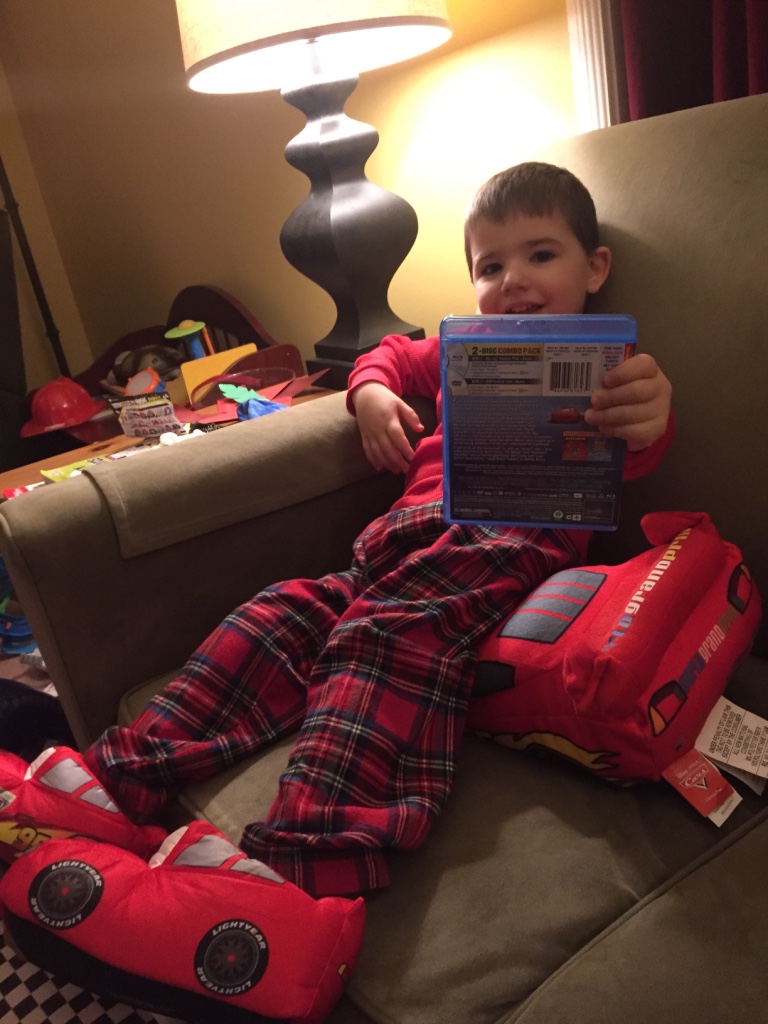 And how cute were these three at their house on Christmas?! 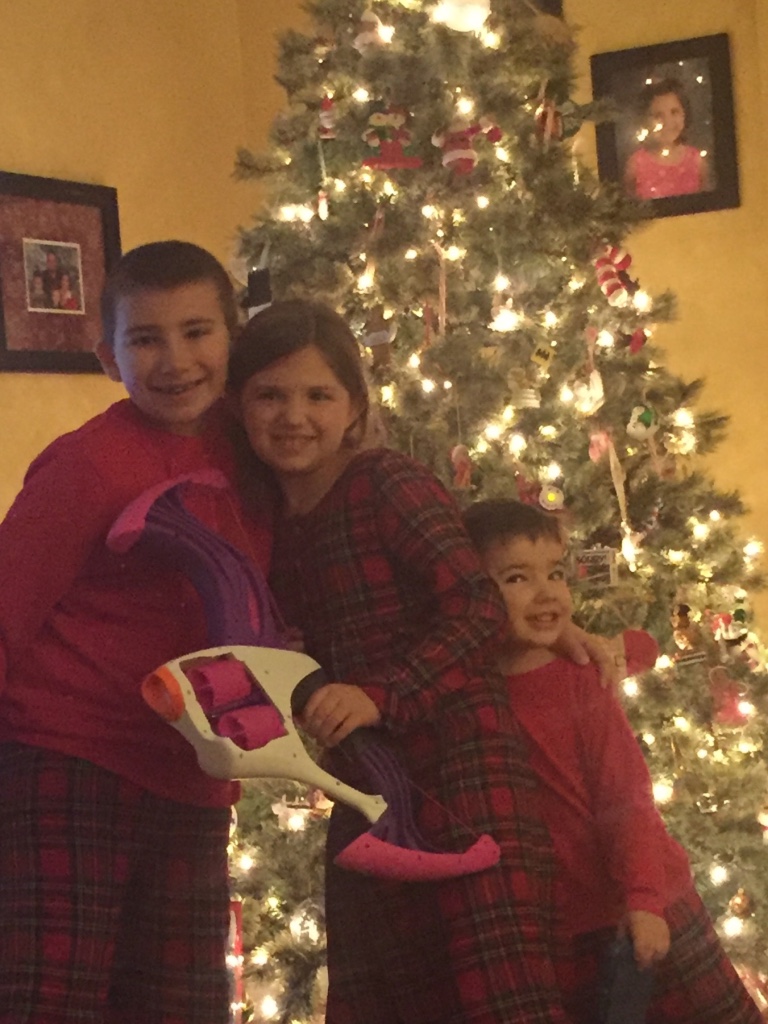 We had a great Christmas! Unfortunately, though, Santa dropped off one of Lucy’s gifts a little early . . . a major sleep regression! We’ve been dealing with it for about two weeks now, and it’s exhausting for everyone, and the craziness of the holiday season hasn’t helped. Matty has four days left of vacation, and we are very much looking forward to doing nothing but relaxing and getting back to our normal routine. Oh, and taking down our decorations. I love them so much, but once Christmas is over I’m done.
XOXO