Hey everybody! If you recall from my previous post, I said there was a 99% chance that I’d do this gender reveal post Friday night after the party. Well, that pesky 1% won out, and I just couldn’t do it. I was too tuckered out Friday night and then we headed out of town on Saturday for a couples baby shower for our friends. I did put a little post on Facebook, but for those of you who aren’t on the FB and have been on the edge of your seats all weekend, here you go!
Our ultrasound appointment was at 8am. Unfortunately, I woke up with a massive headache (one of my few pregnancy issues), and Lucy woke up at 6:30 (an hour earlier than usual). So it was kind of a hectic morning, except, apparently, for LuLu who sat on our bed and ate Kix with Nemo while watching Doc McStuffins. 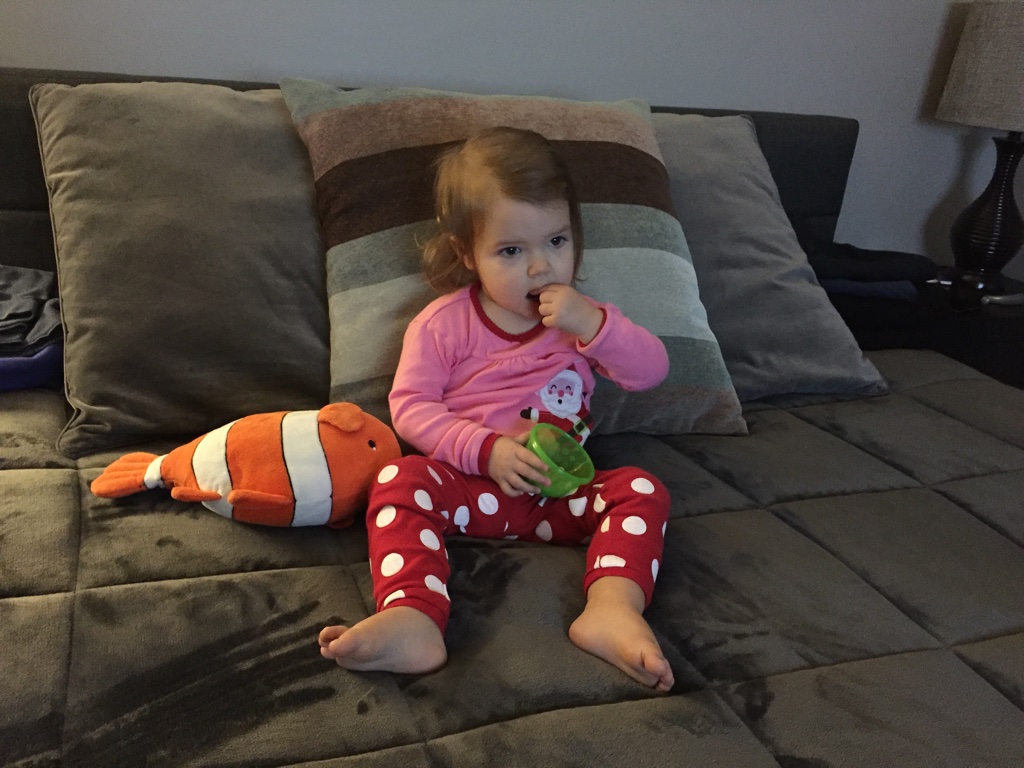 After our appointment, Lucy helped me prepare the cupcakes. 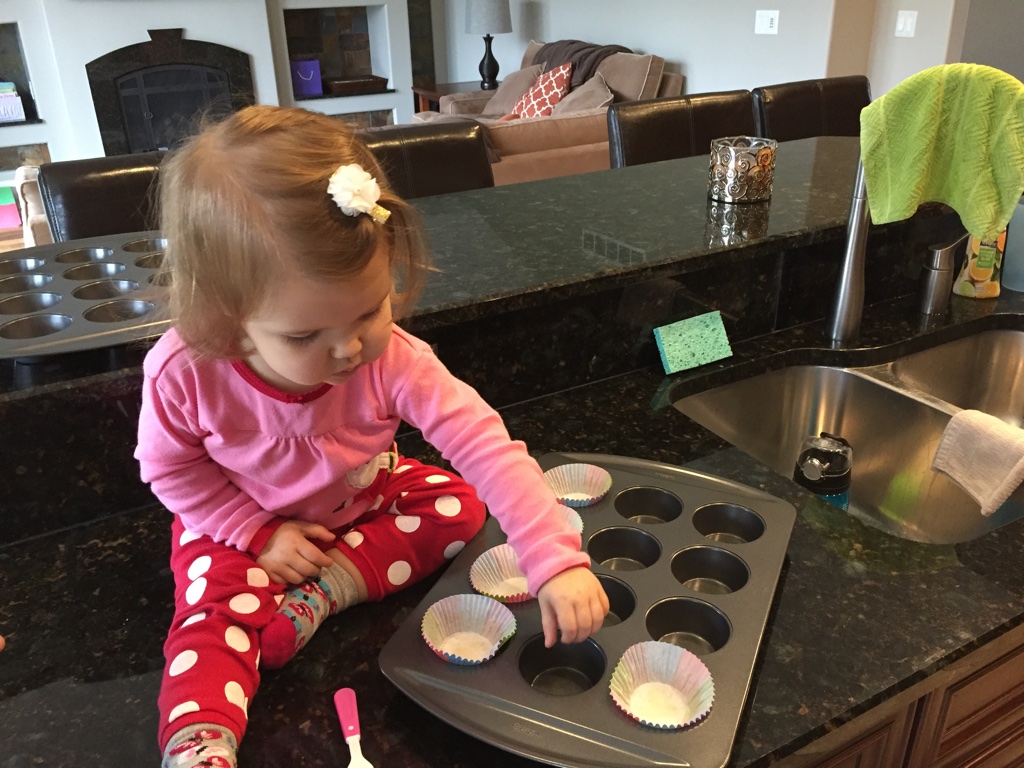 Keeping a close eye on their progress, which was helpful because mama forgot to set the timer. Guess I was distracted by the fact that Lucy is going to have a little . . . 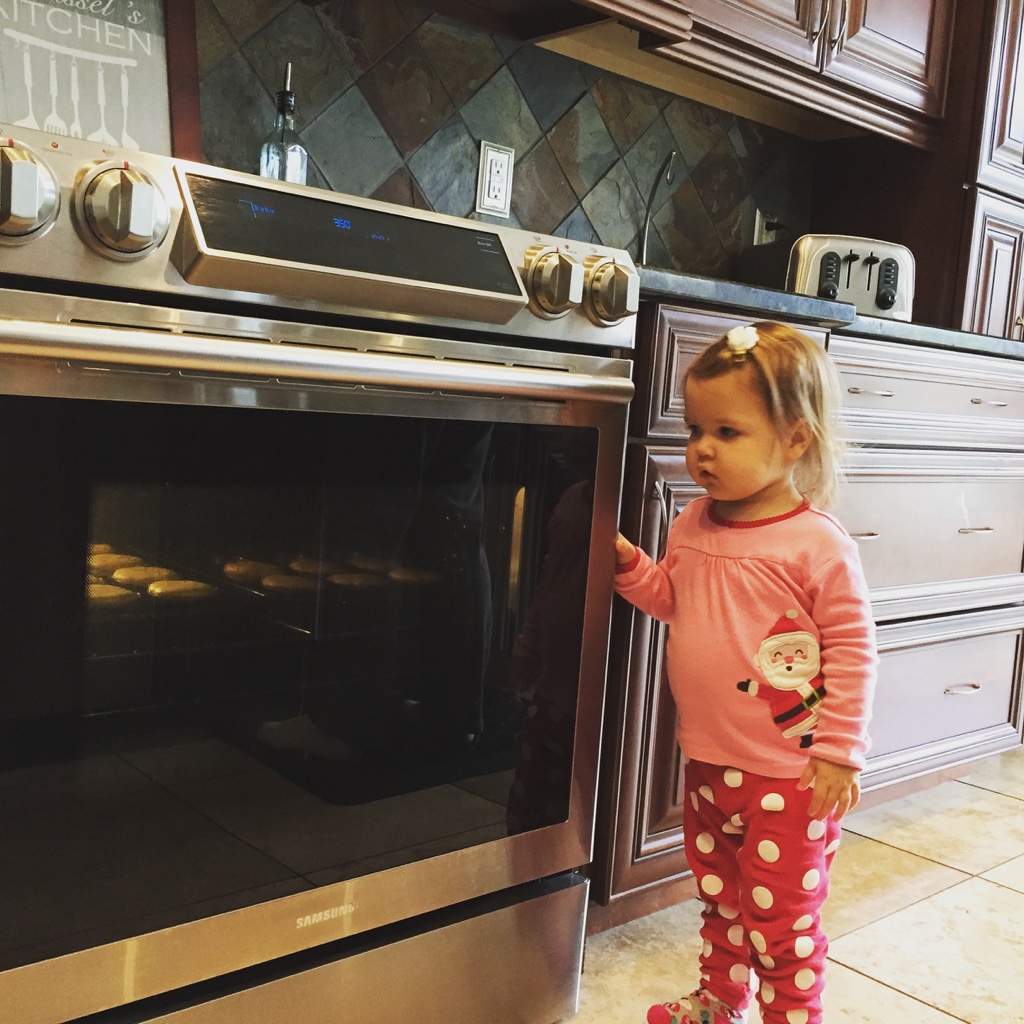 SISTER!!!! So I filled the cupcakes with pink icing. 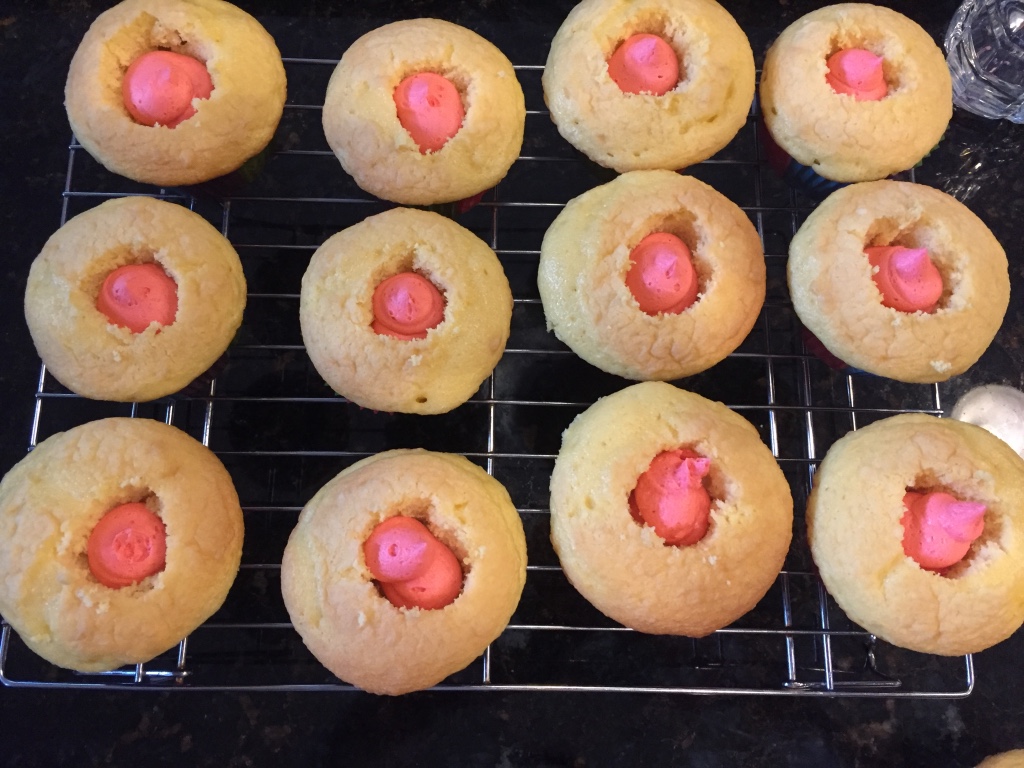 We just had a few family members and friends over on Friday night, so I made the table a little festive. 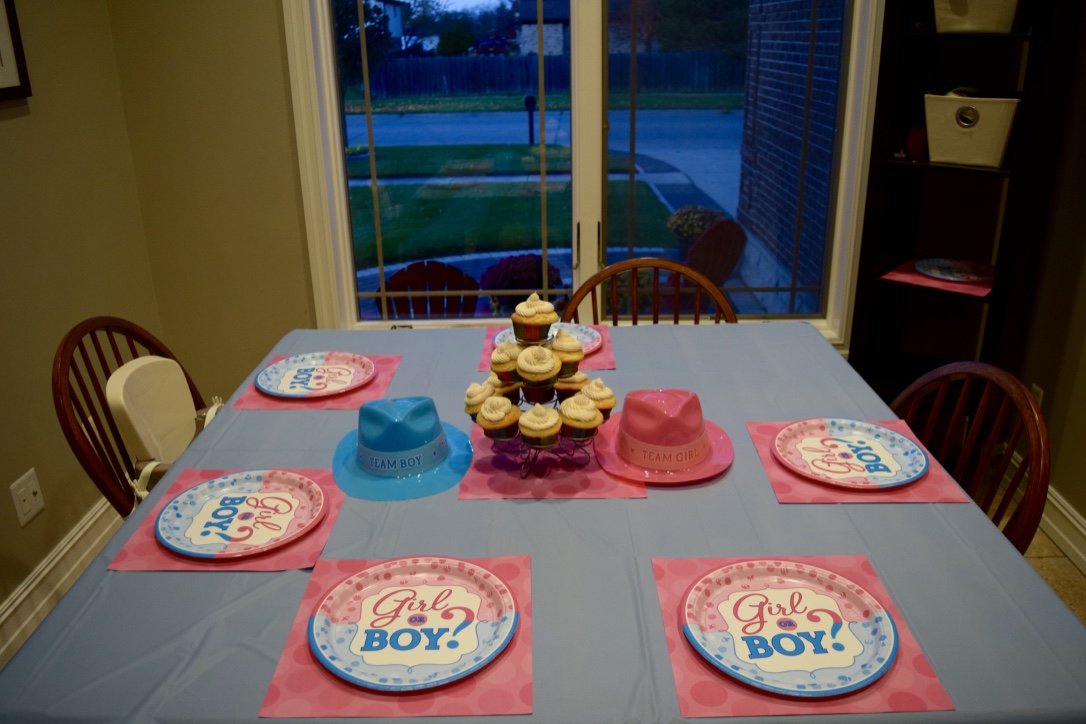 Sadie is the best big cousin ever! 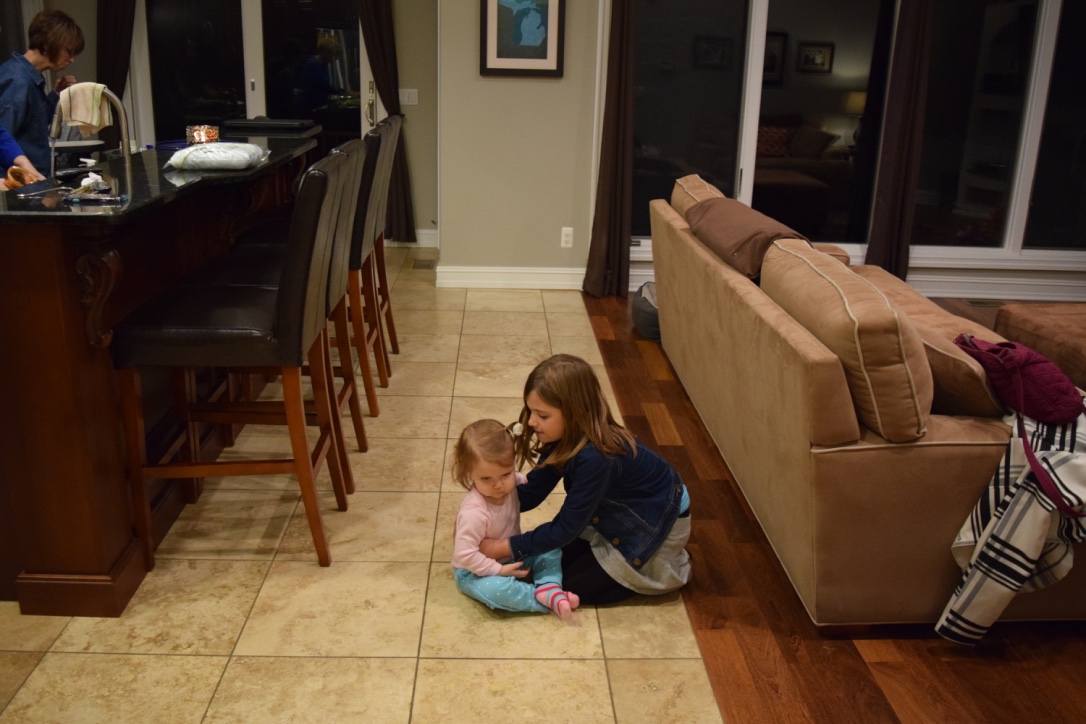 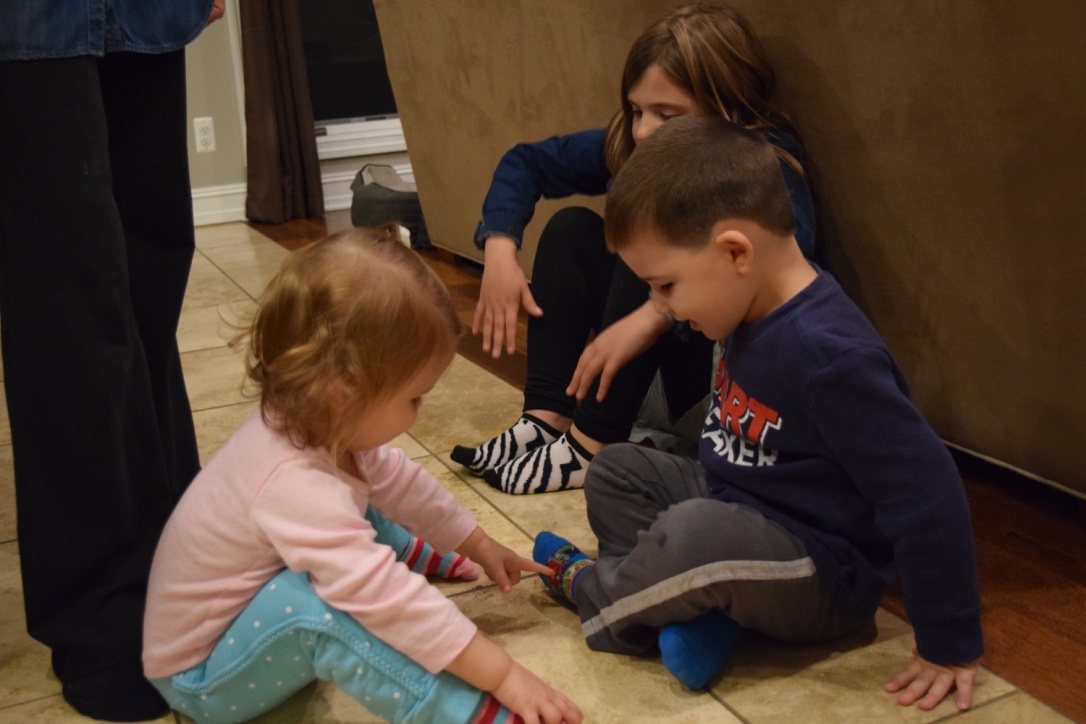 Lucy was queen of the toys in her room! 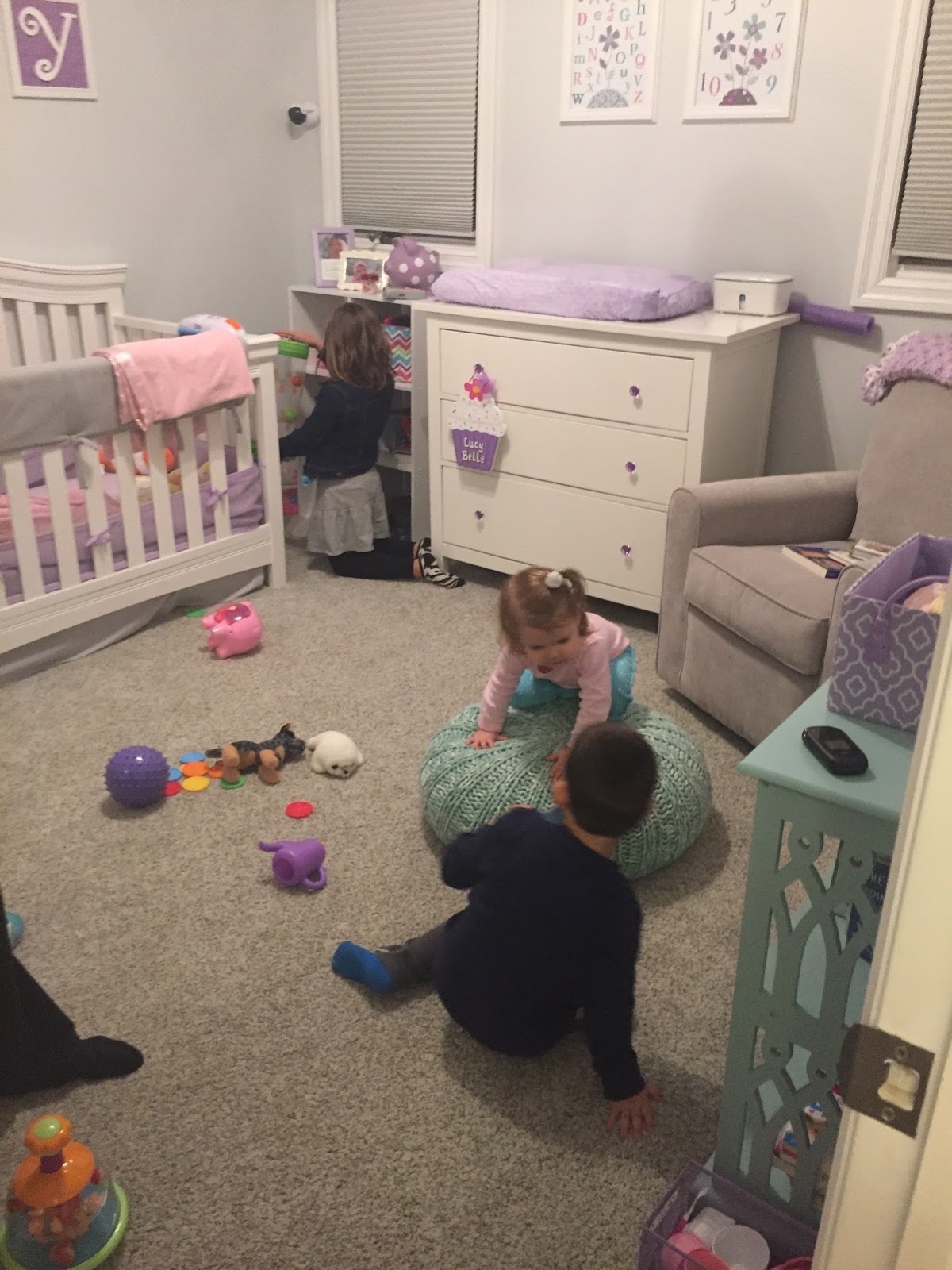 My two favorite girls, and Lucy’s octopus that Aunt Carla and Uncle Zack brought her all the way from Turks & Caicos. 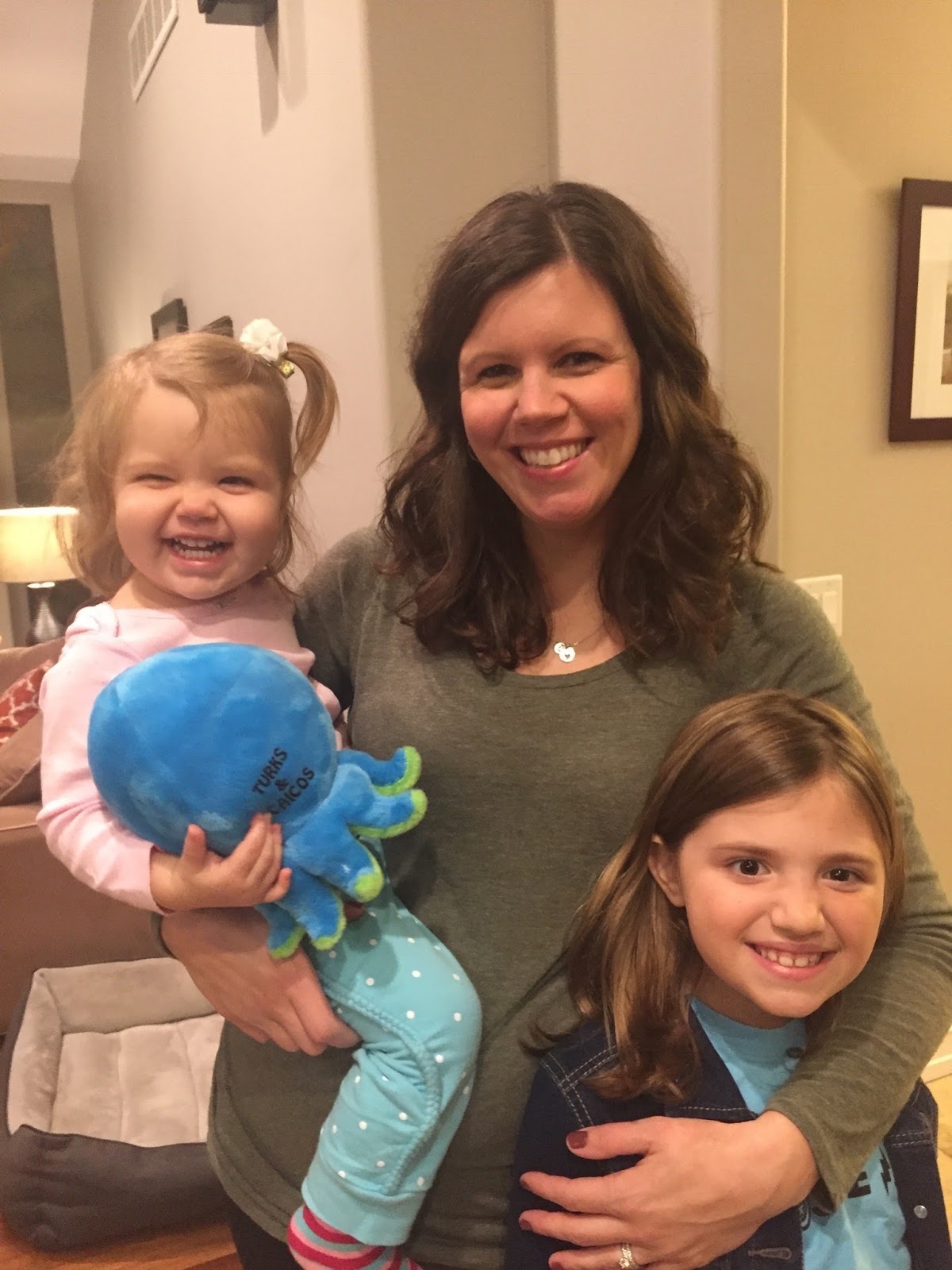 Someone sat at the table saying “cup” and pointing to the cupcakes for quite some time. Luckily I had an extra one that wasn’t filled with pink frosting so Lucy got hers a little early. And devoured every crumb! 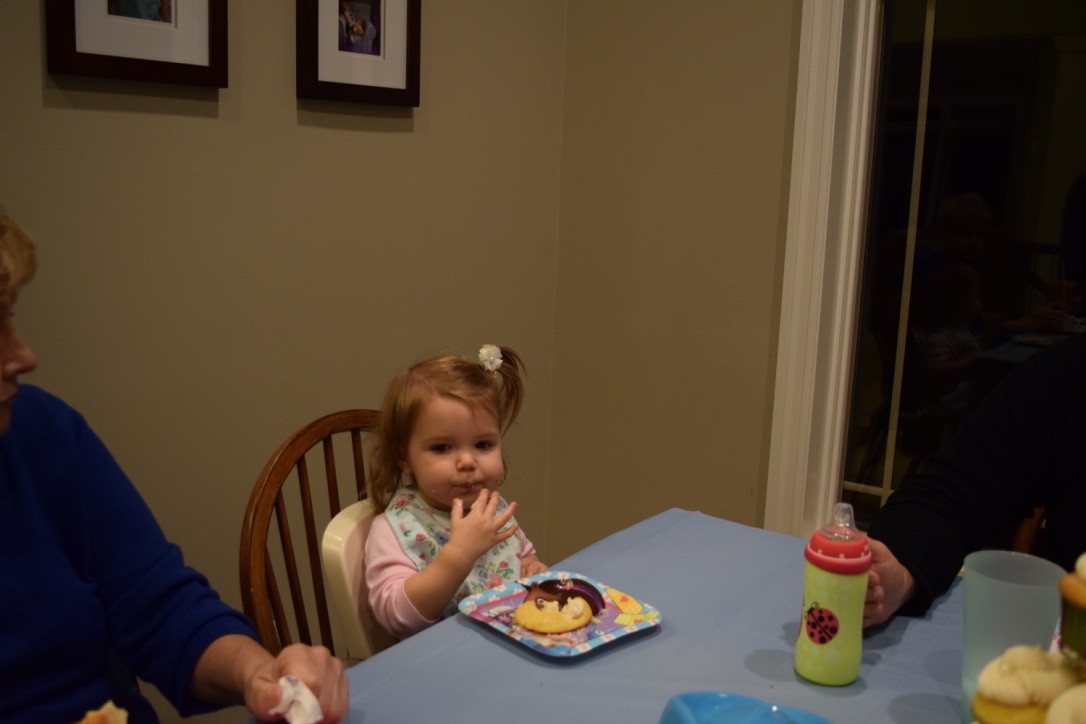 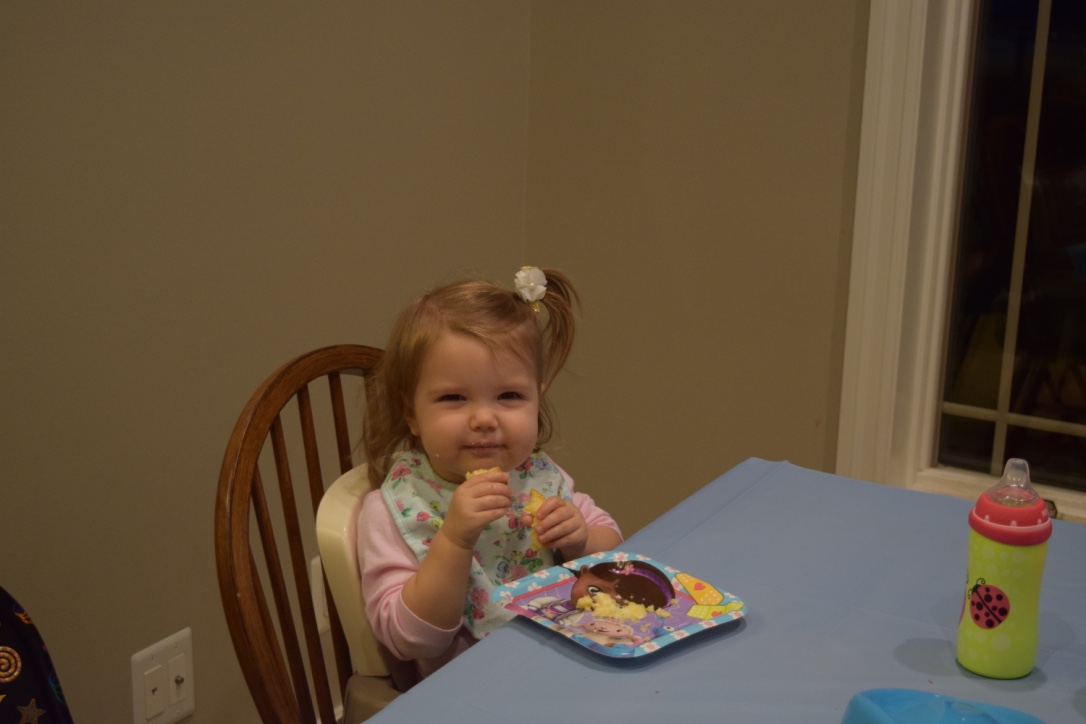 And then had some fun goofing around with Aunt Carla. 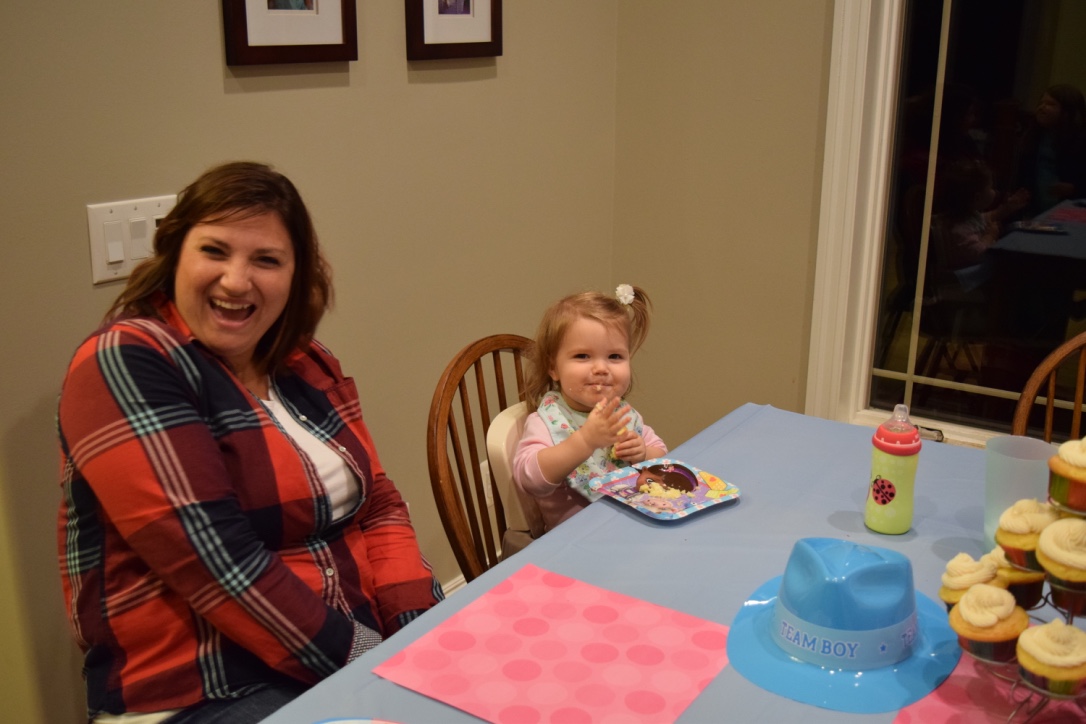 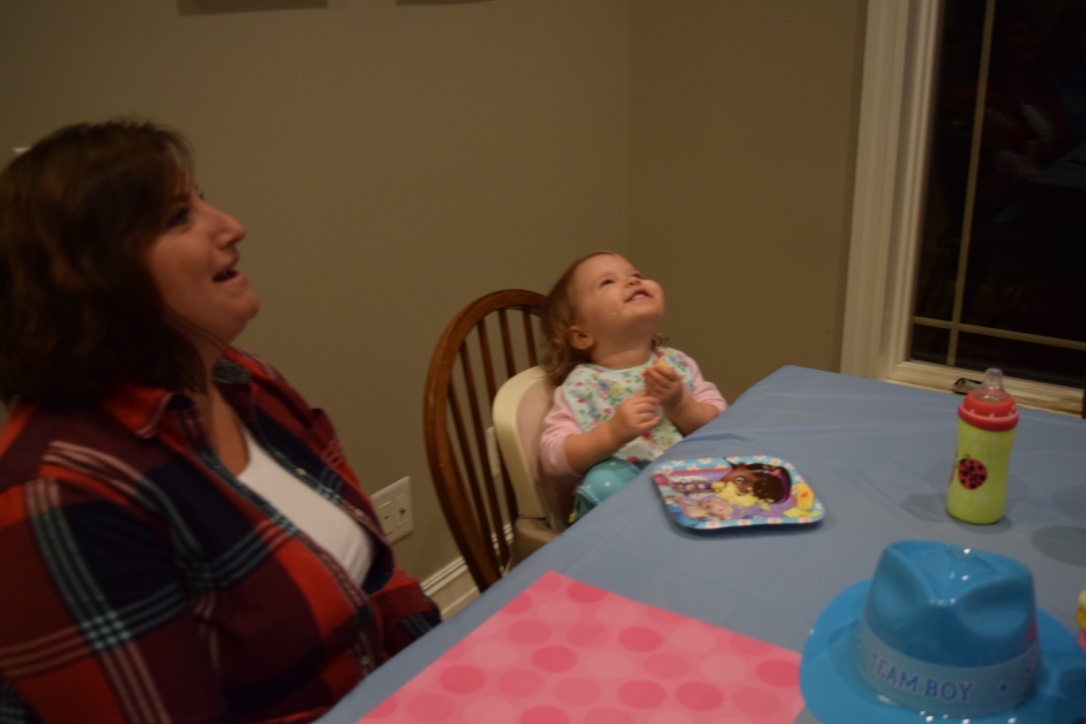 We knew our friends Ryan and Stephanie were going to be late, so we planned on having our family bite into the cupcakes without them. However, just as we were about to pass them out, I got a text that they were five minutes away. So we made my family wait. They were thrilled, as you can imagine.
Steph came running through the door . . . 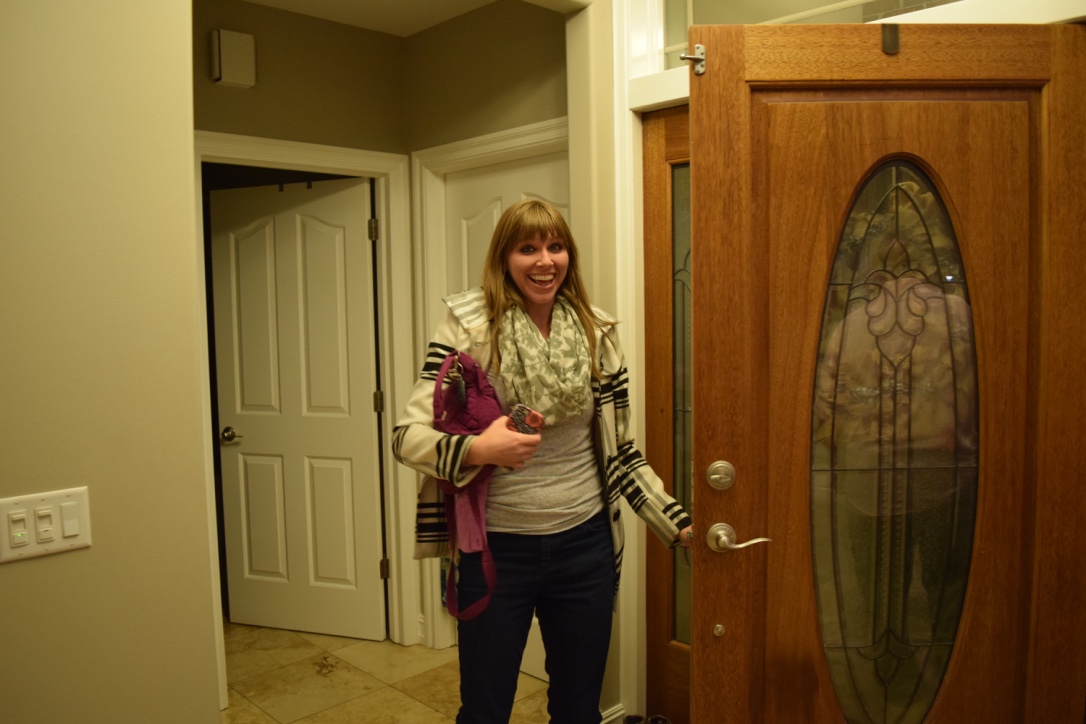 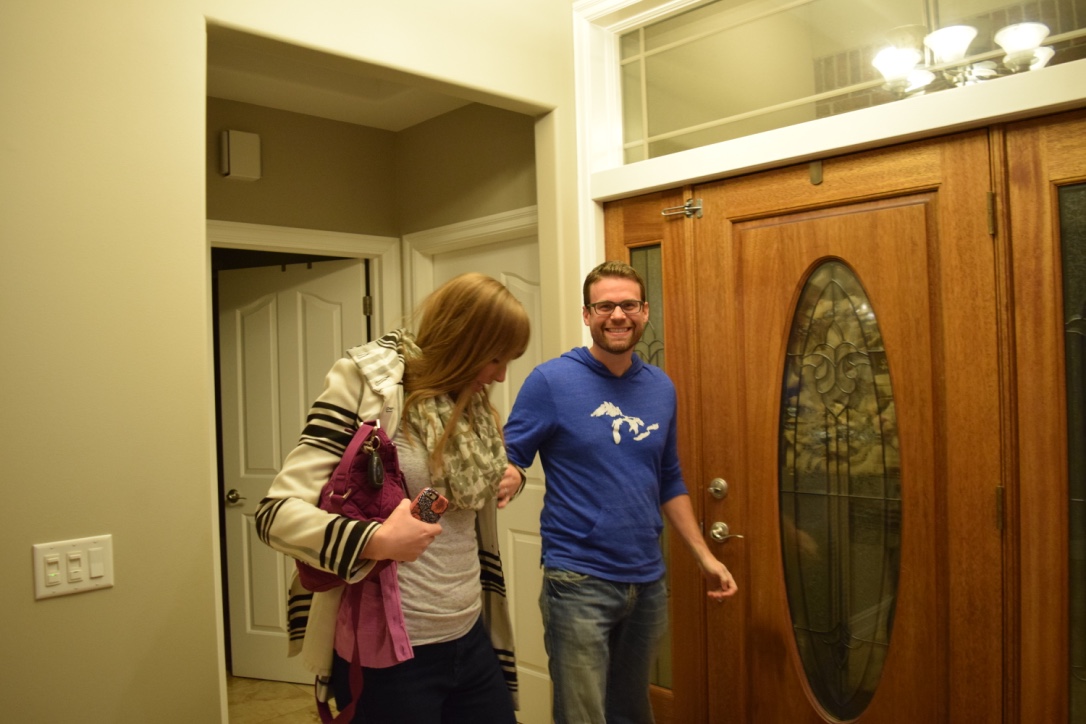 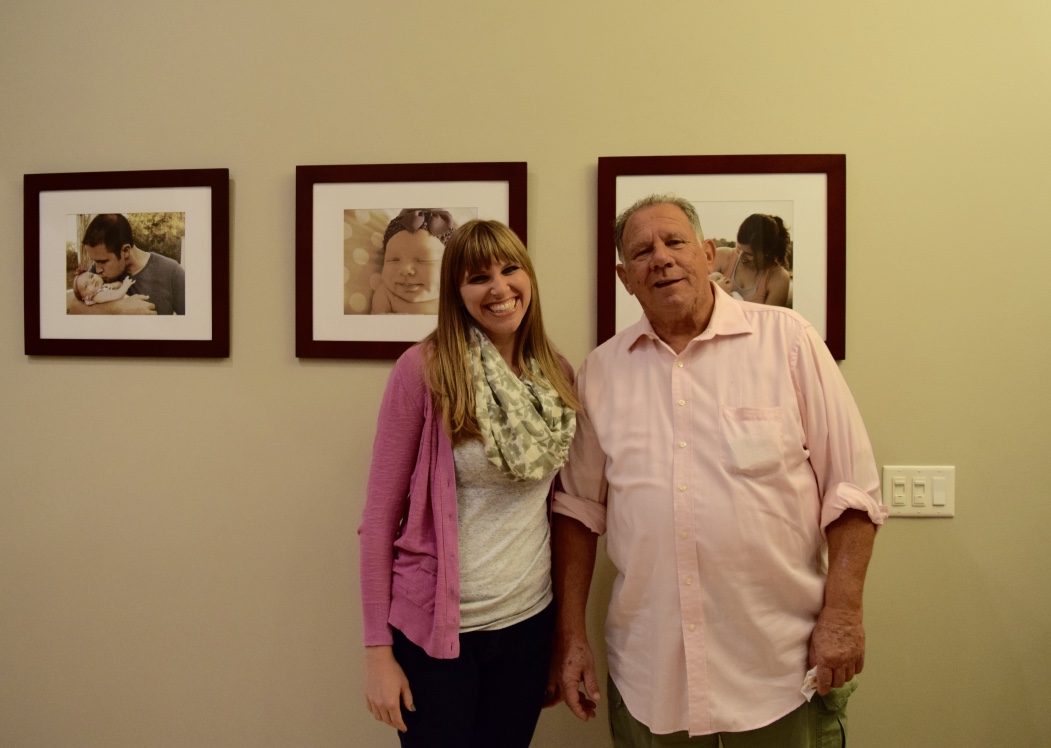 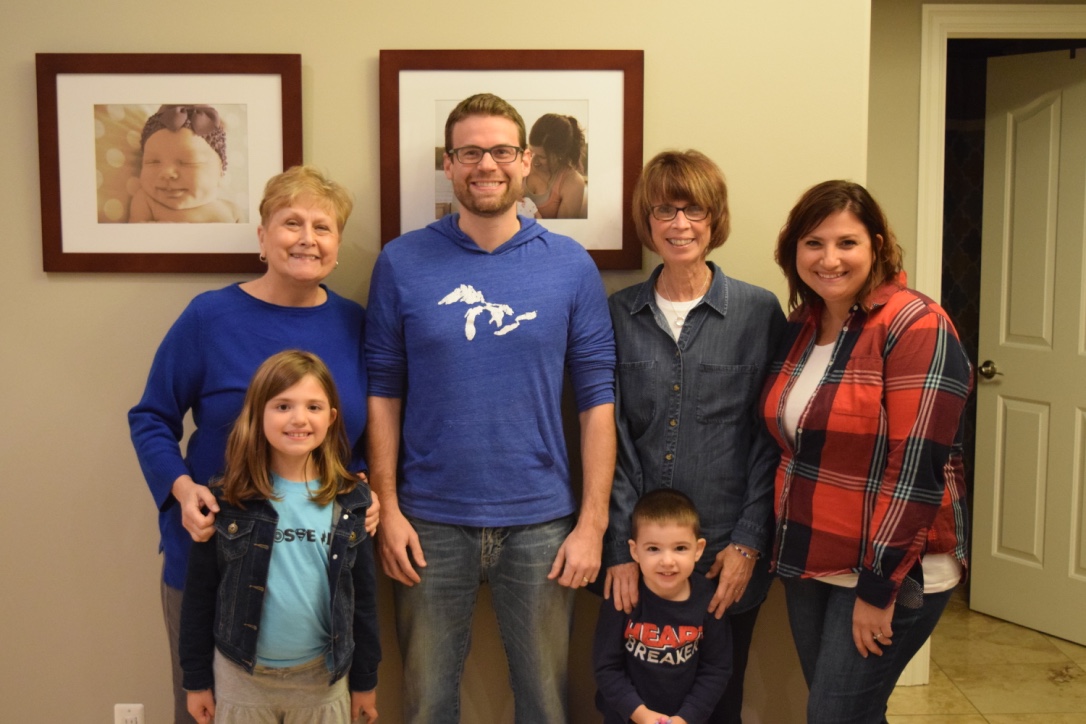 And here’s our gem of a video to reveal baby #2. Chaotic, as usual, and one of the grandmas broke the rules by breaking open her cupcake instead of biting into it like everyone else 😉

Lucy enjoyed wearing her Team Girl hat almost as much as she enjoyed her new owl stuffy from Papa. And yes, we noticed that I’m gazing at Lucy in the exact same pose in the picture on the wall behind us. 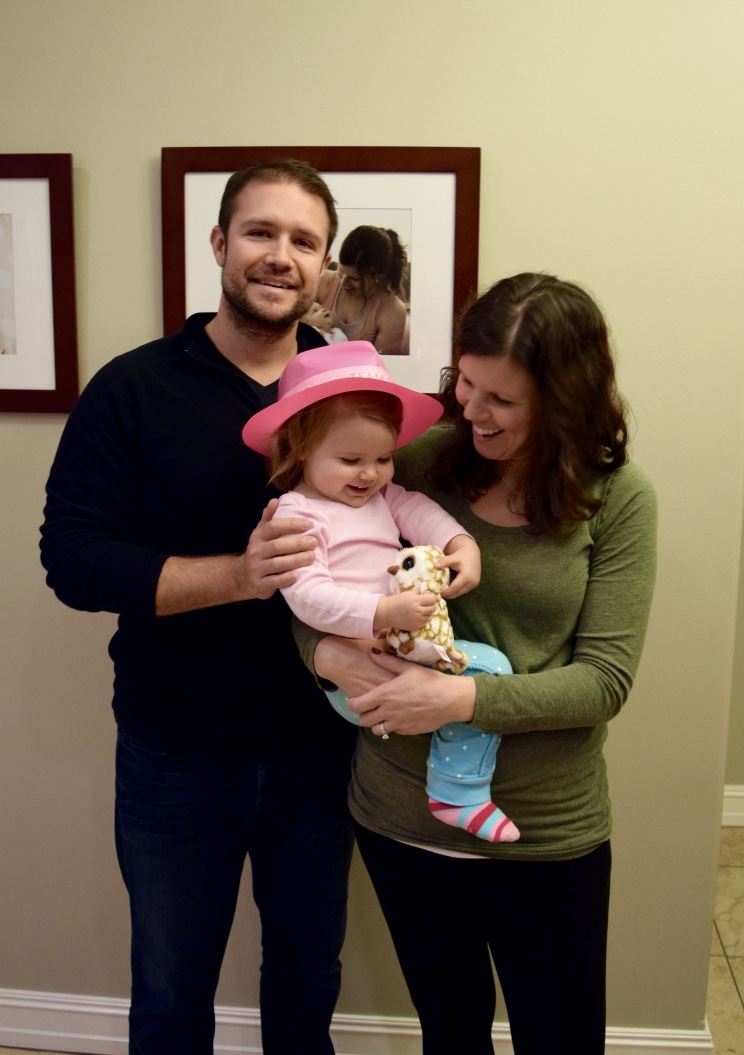 So Carla left with Sadie and Gordie right after the reveal because she wanted to make sure Gordie didn’t fall asleep in the car on the 40 minute drive home. She sent me this picture of Gordie when they got home . . . 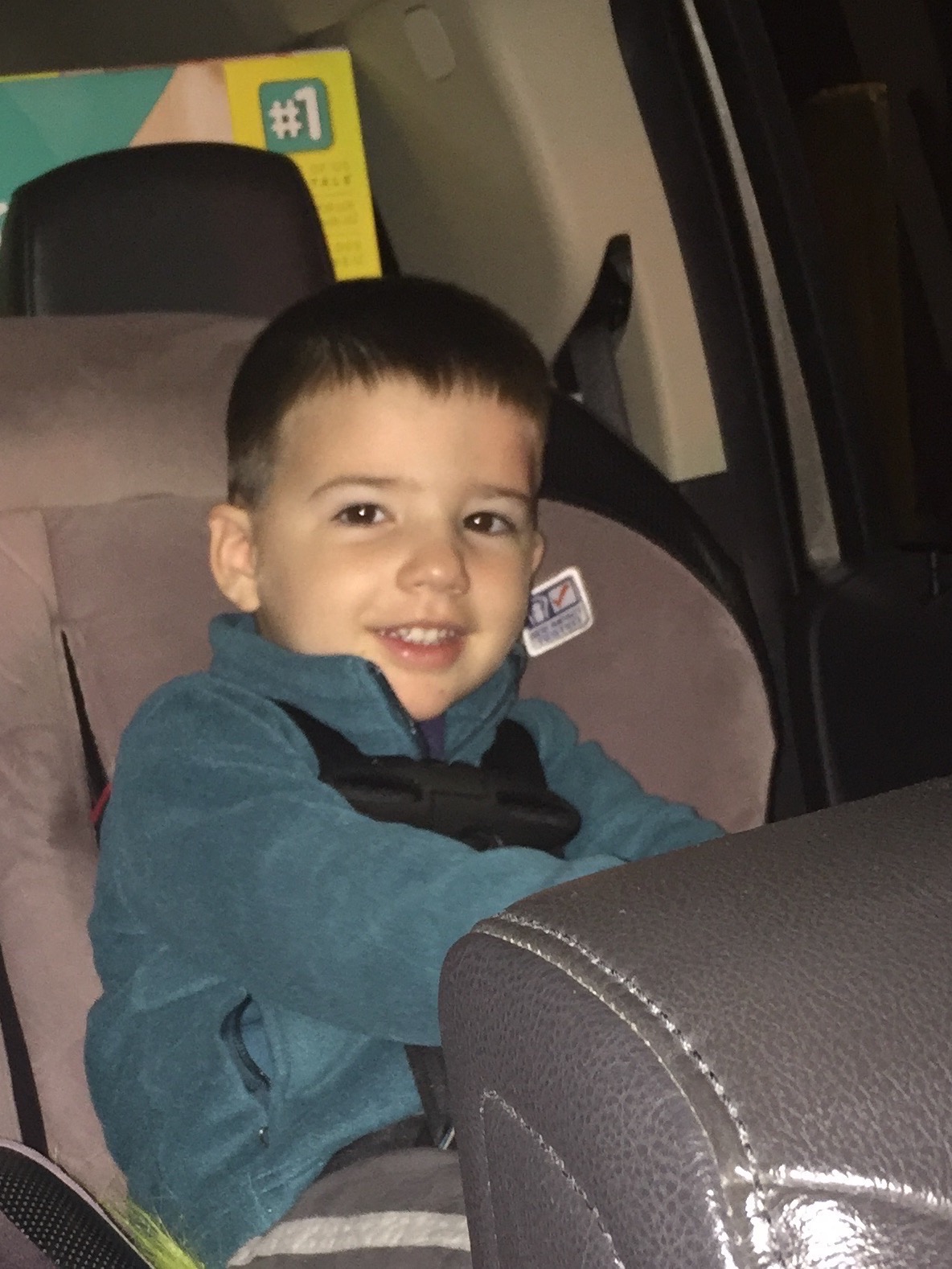 . . . and this one of Sadie! haha Somebody get that girl a neck pillow. 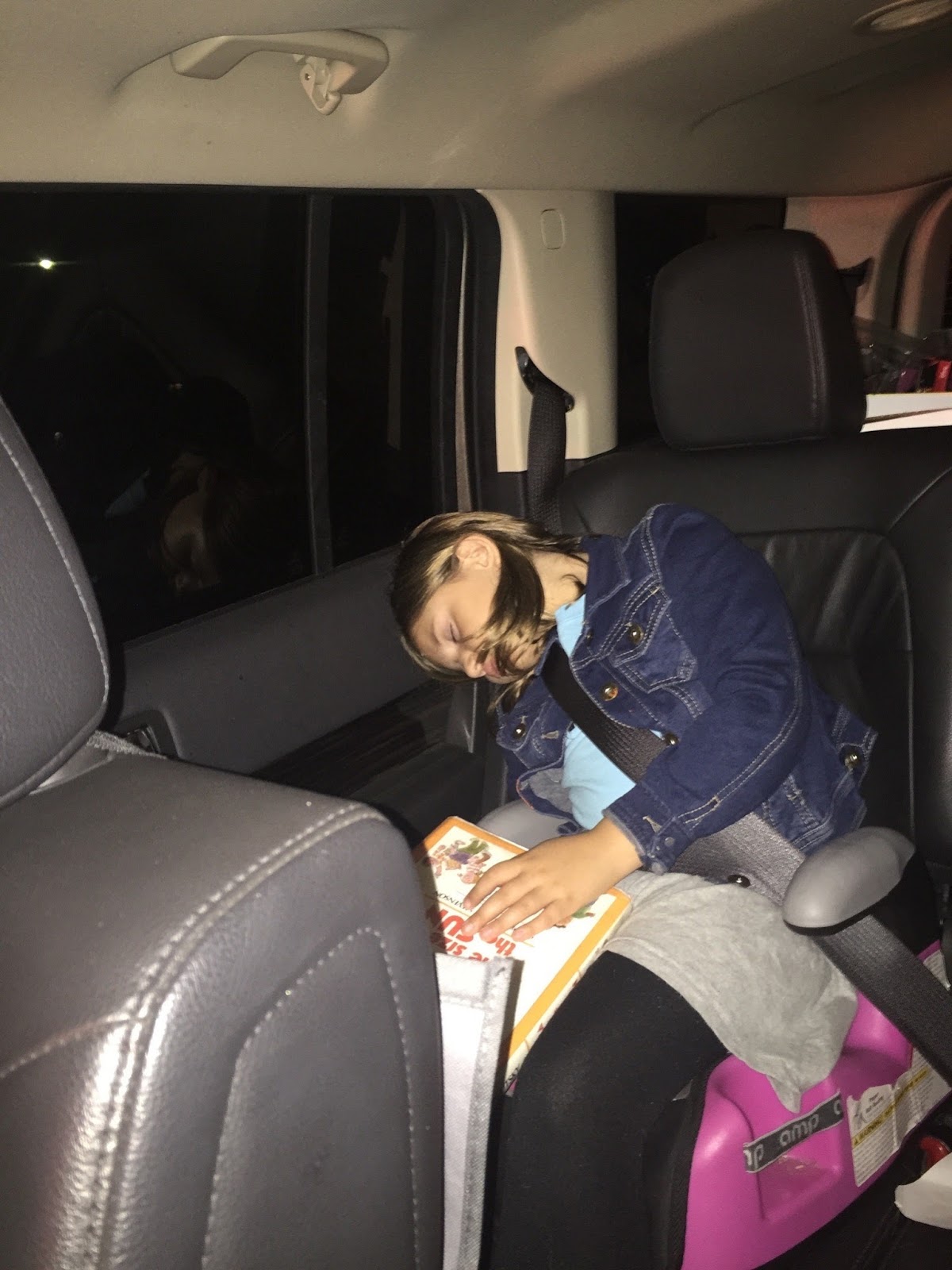 Lucy was still going strong and partying hard the next morning. 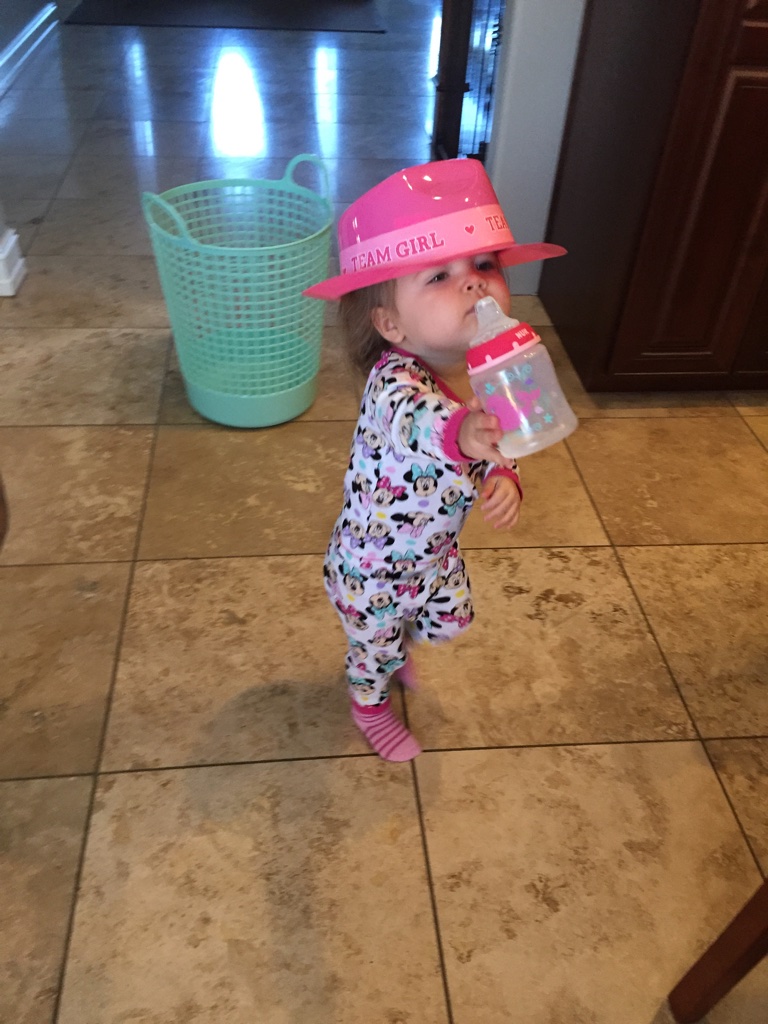 Here’s a few ultrasound pics of our second sweet baby girl. To say we were shocked that she is a girl would be an understatement. We both thought (and one of us really hoped!) that it was a boy. However, we couldn’t be happier that Lucy is going to have a little sister. . . and I will be able to use all of her adorable clothes and headbands again! 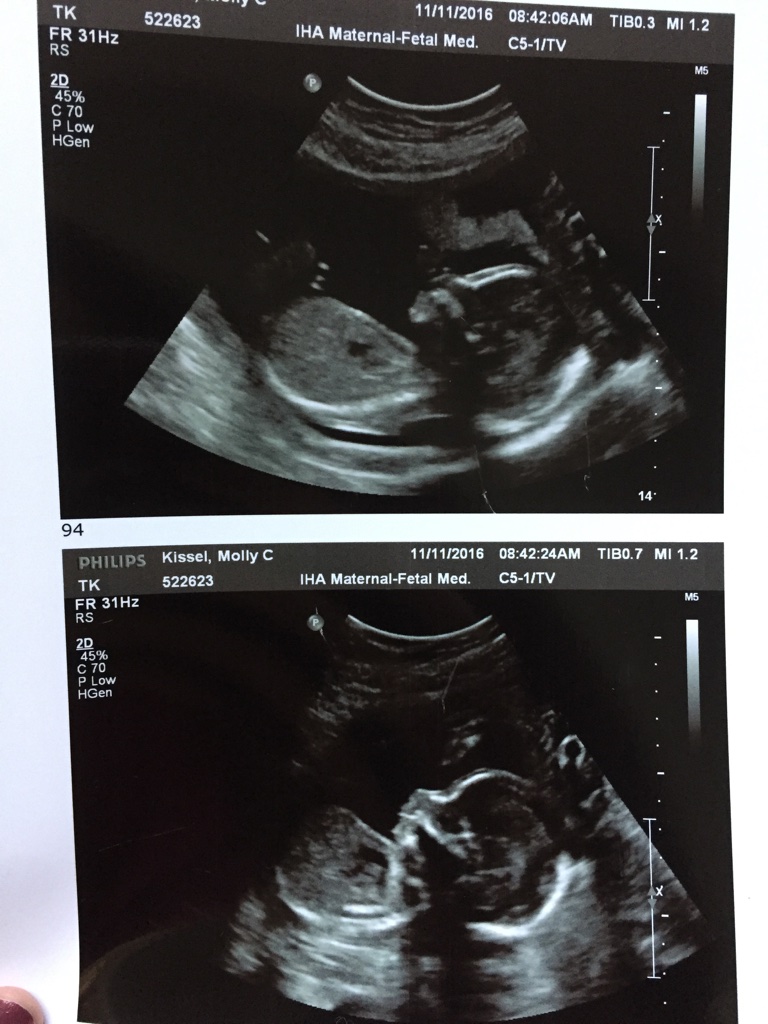 And because we’re not super interested in keeping things under wraps, Lucy Belle will be joined by Emily Rose in April. But we will probably call her Milly or Emmy. So I’m halfway through this pregnancy, and now it’s time to get busy and plan Emily’s nursery!
Thanks for all the well wishes on Facebook and texts from friends and family. We are super excited and can’t wait to meet our little Milly!
XOXO