This might be my most exciting post yet! I don’t even know where to start! I guess at the beginning.
Last year I did a Thanksgiving post where I briefly addressed our struggles with infertility. Lucy was our gift after years and years of struggles, disappointments, and more than a few tears. We were so happy to have her and basically had decided not to pursue IVF again. We have a healthy, beautiful baby girl. We had used up all of our resources, so we would’ve had to start the process at square one. Financially and emotionally . . . we just weren’t interested in doing that to ourselves again.
But then at the end of July I was feeling a little “off” after putting Lucy to bed one evening. I had one random pregnancy test left so I figured I’d take it and rule out pregnancy . . . as usual. You can imagine our surprise when I nonchalantly went to grab it after a few minutes and it said “PREGNANT!!!” There was a lot of disbelief, goofy smiles, and “what?!” being said. Matty has a funny picture of me sitting on the side of our tub in disbelief. I chose not to share that one 😉 There may have even been a high five or two!
Here we are after taking the first test. . . . before I guzzled a ton of water and then ran to Target at 9pm to get another box of tests! 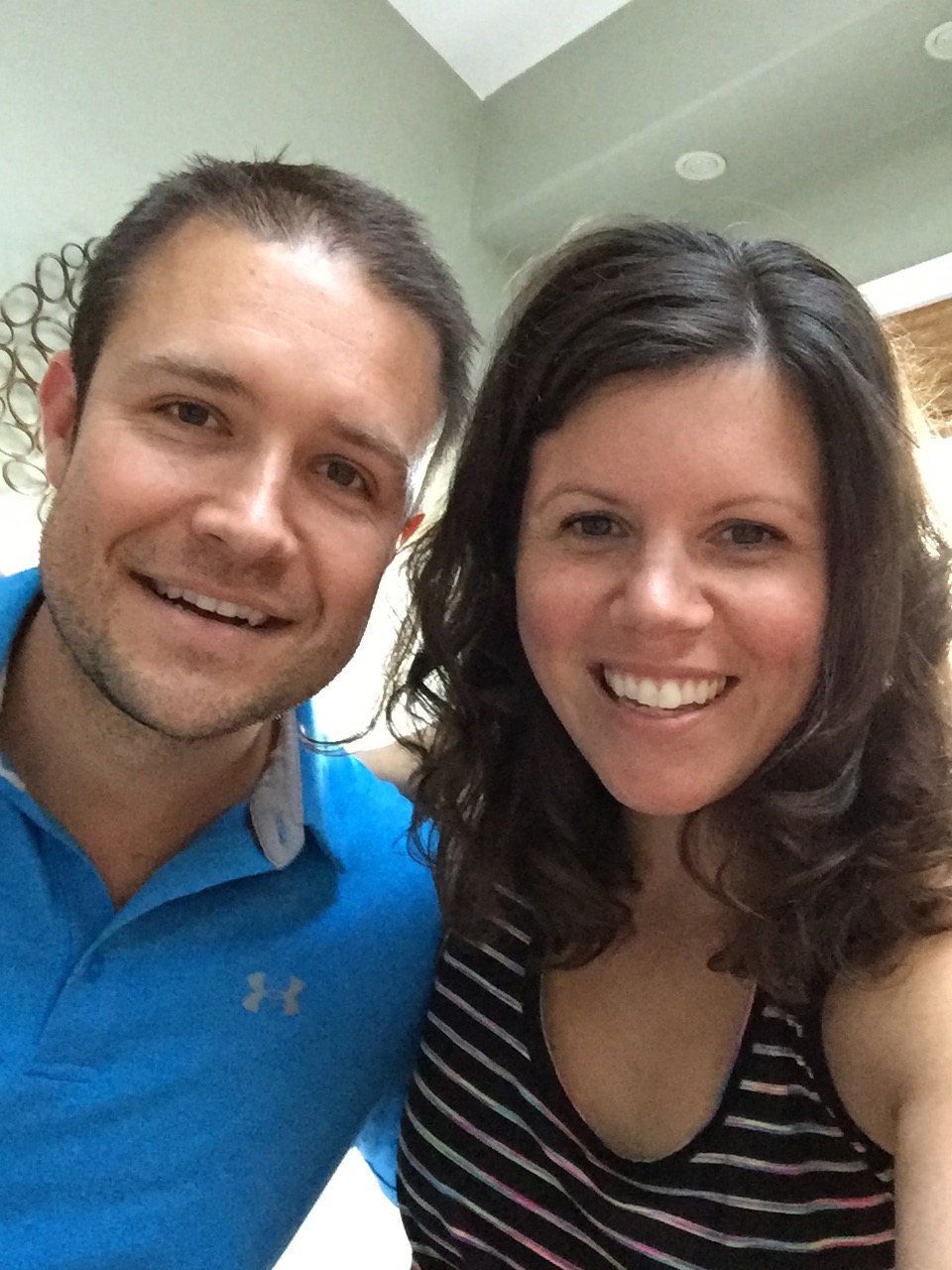 At the fertility clinic, I was monitored very closely with Lucy from the time of conception. You can imagine my surprise when I called my regular OB, and they said they don’t do first appointments until 8 weeks. What?! Longest 8 weeks ever!! At first we were going to wait to tell our families until after our first doctor appointment, but we only made it to 6 weeks. I was not feeling the greatest. I wanted to nap and rest more than usual, which is hard to hide from people when you’re supposed to be watching an active toddler all day. I needed some help!
So here’s a picture of our second ultrasound at about 11 weeks. The head is on the right. The baby is actually facing down, though. As of now, my due date is April 7, 2017!! However, the doctor said the baby seems to measuring about a week ahead so they might change the date when they do my gender ultrasound. Matty says it’s because I’m growing a big baby boy in there. We shall see! 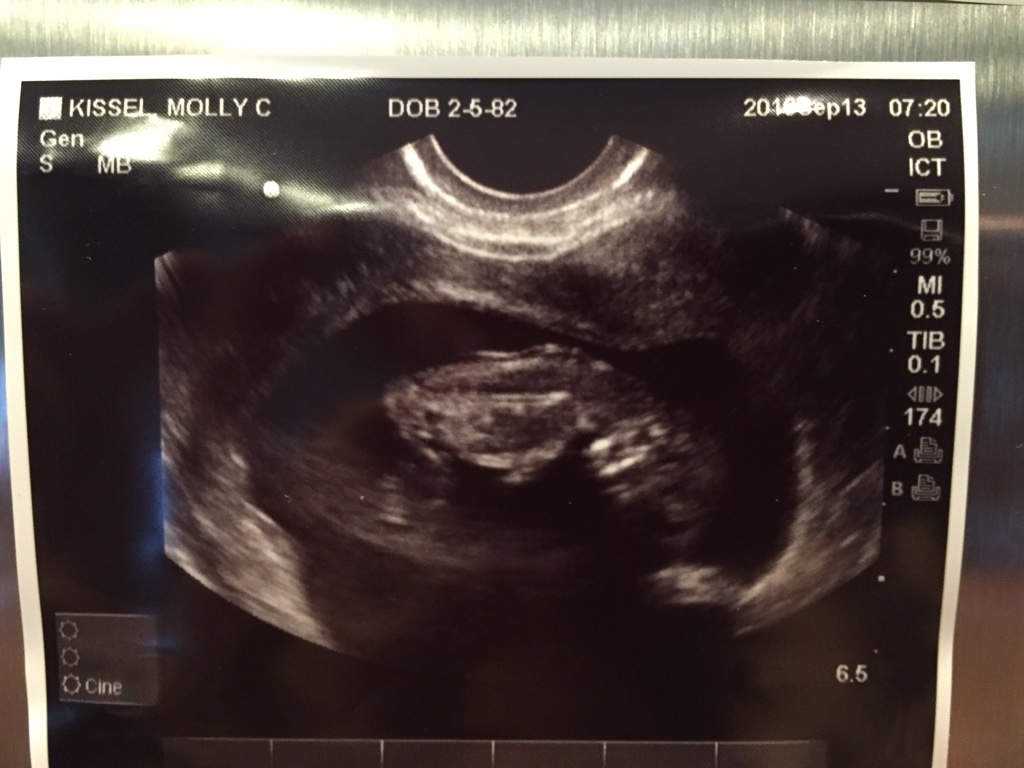 In fact, Matty’s so sure it’s a boy that he picked up this onesie at Babies R Us a few weeks ago. If it turns out he’s wrong, I can probably girl it up with a blue headband!  🙂 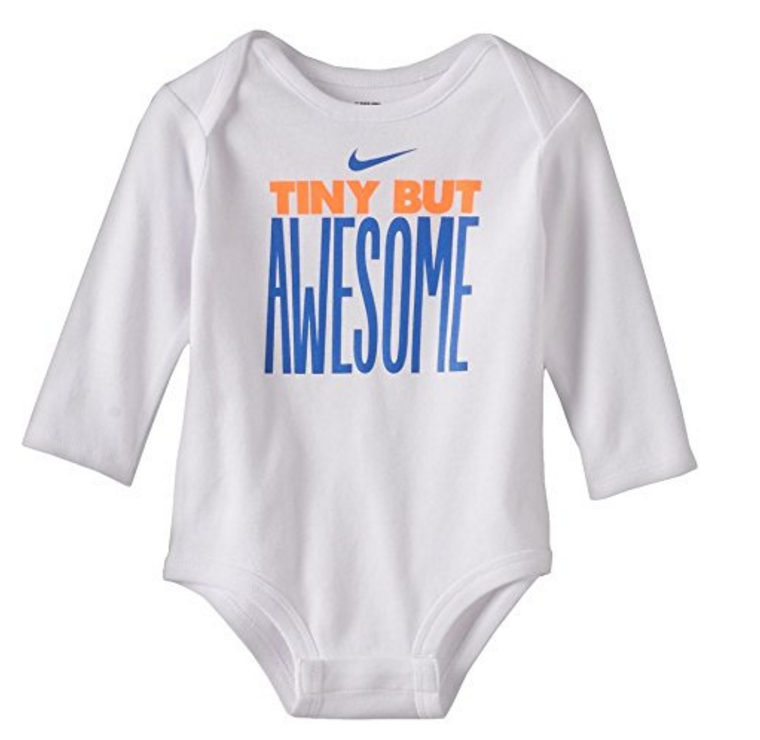 Here’s Lucy checking out the picture of her new sibling. She was the first person we told, and she did a great job keeping it a secret! 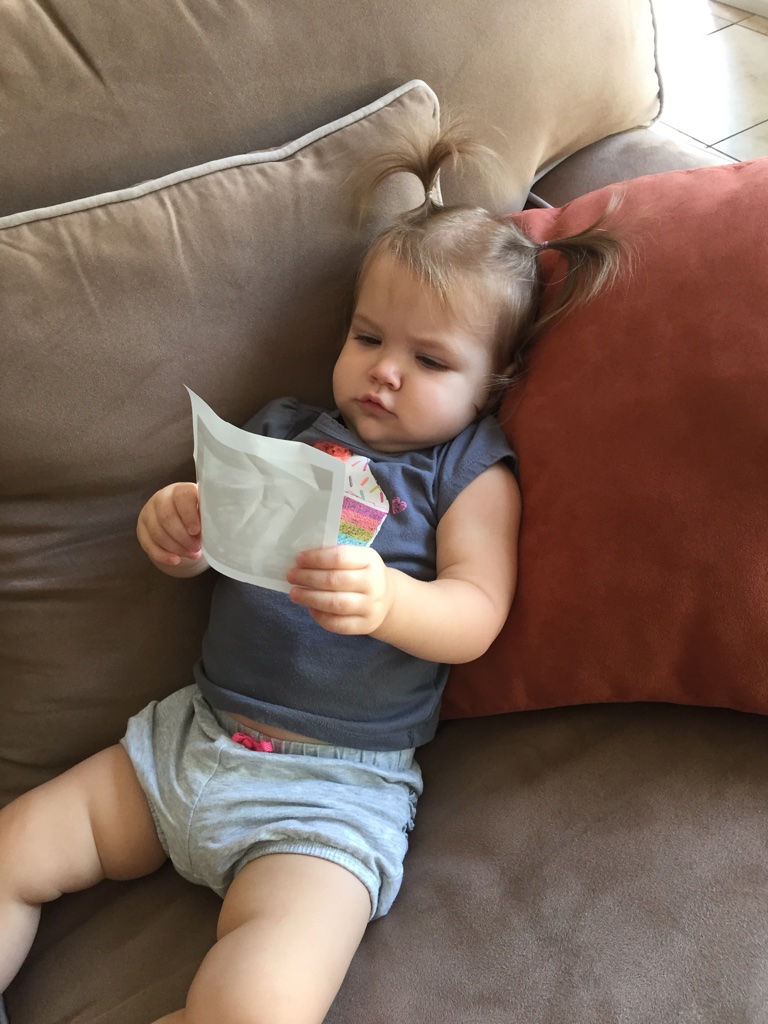 Remember those extra naps and rest times I was talking about?? 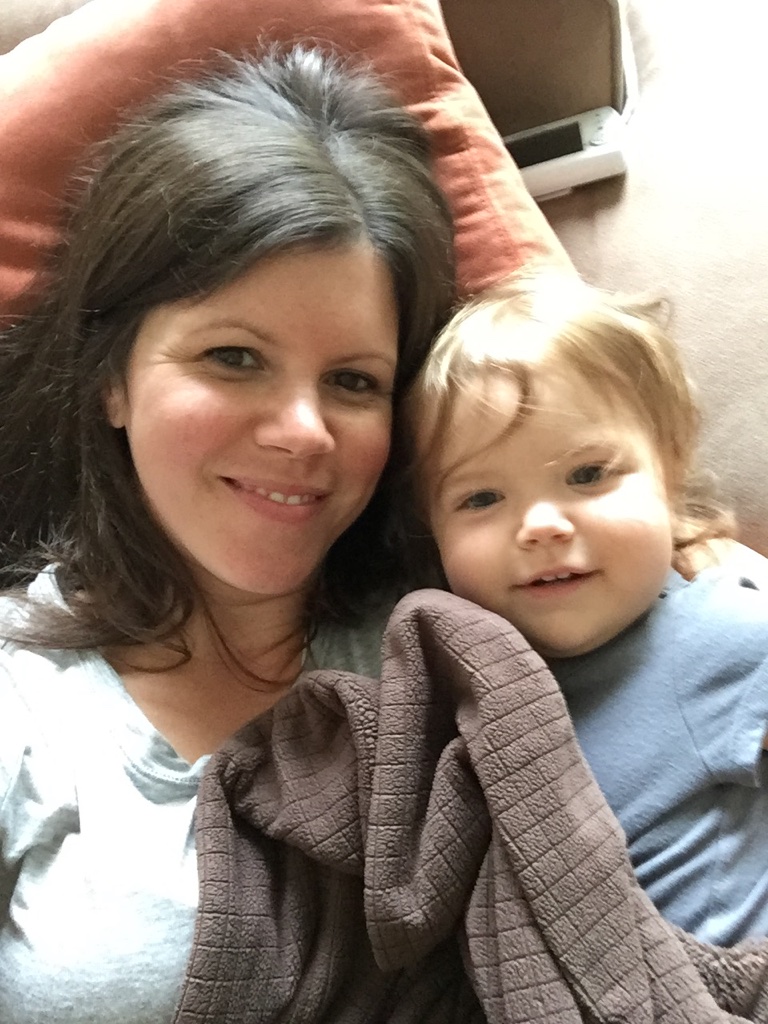 We had this adorable shirt made for Lucy for when we told our families six weeks ago. However, we didn’t do this photo shoot until this past weekend, and someone must have grown a bit. Big Sister is getting too big for her shirt! 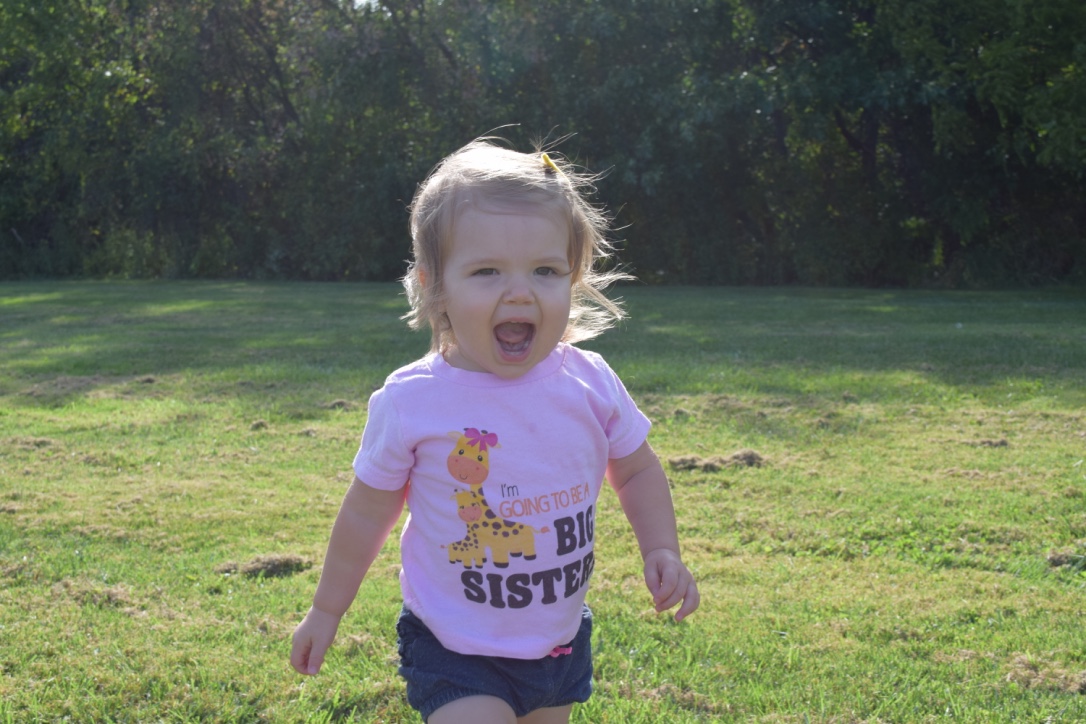 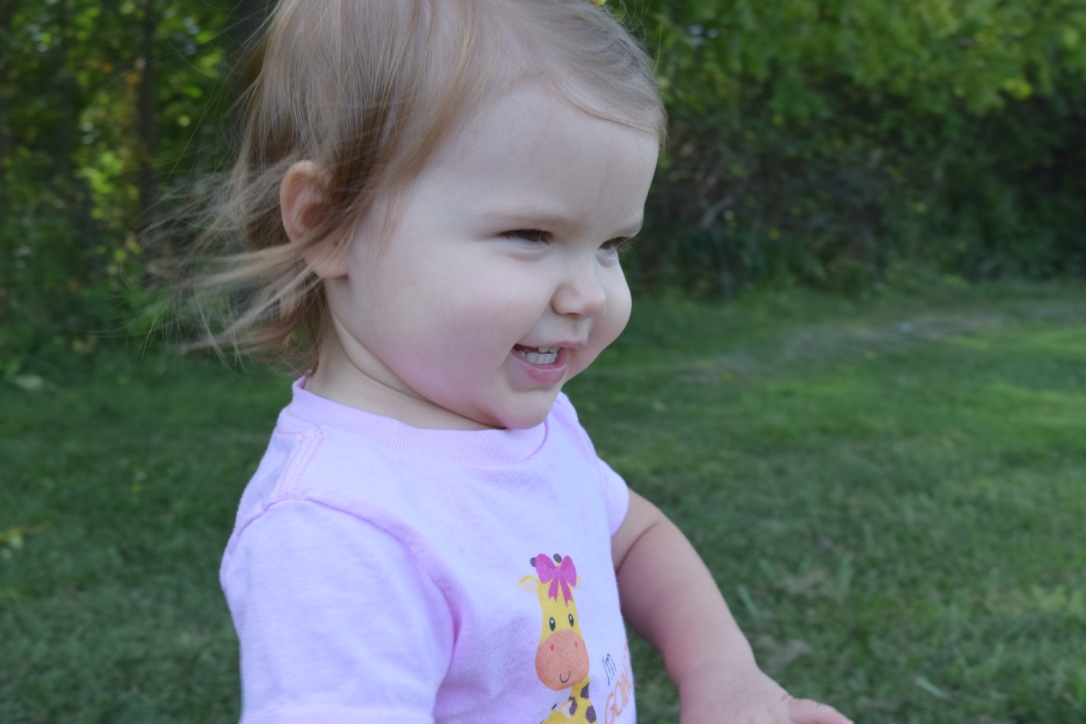 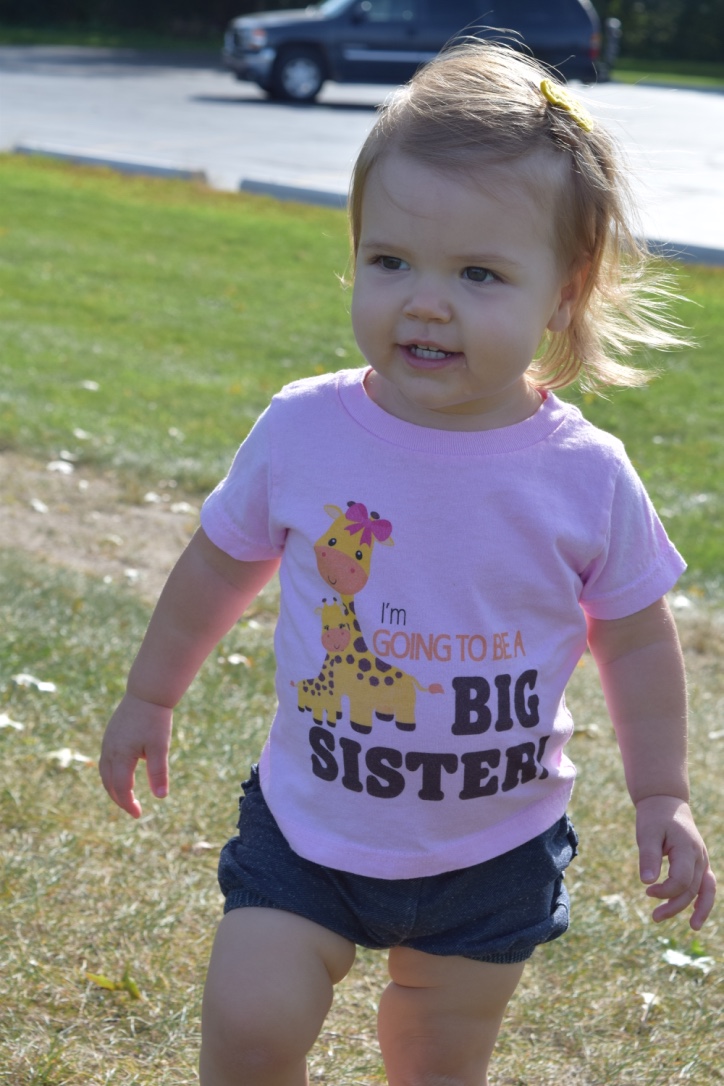 Lucy is ready to show her new little sibling lots of things. Like how to meet doggies at the park . . . 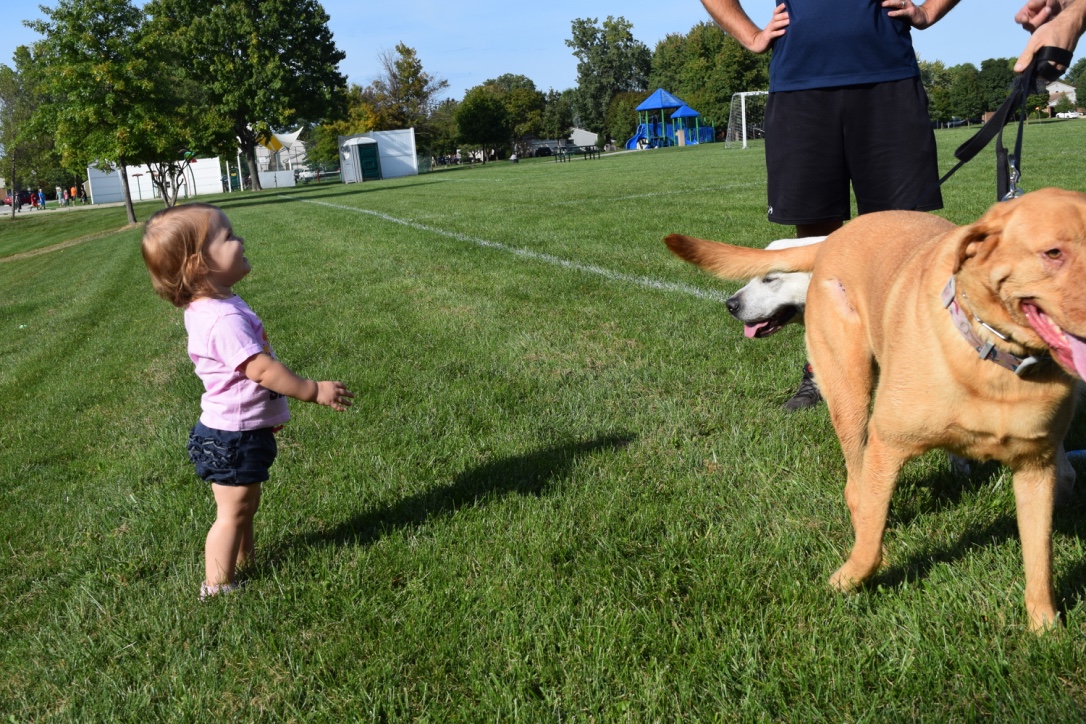 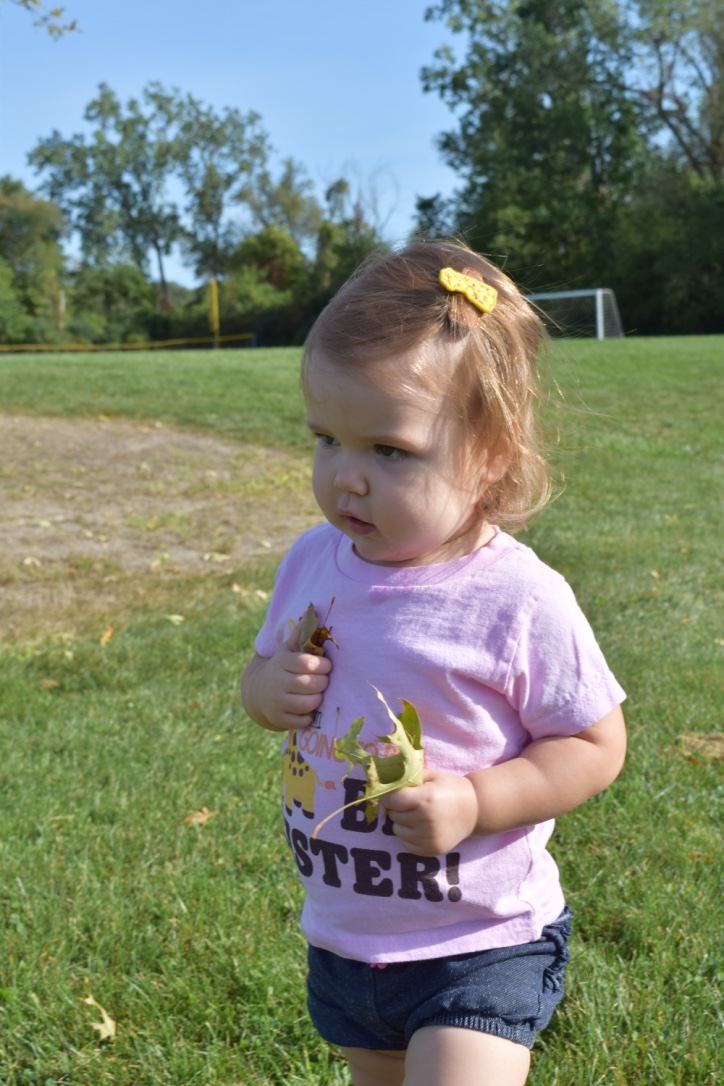 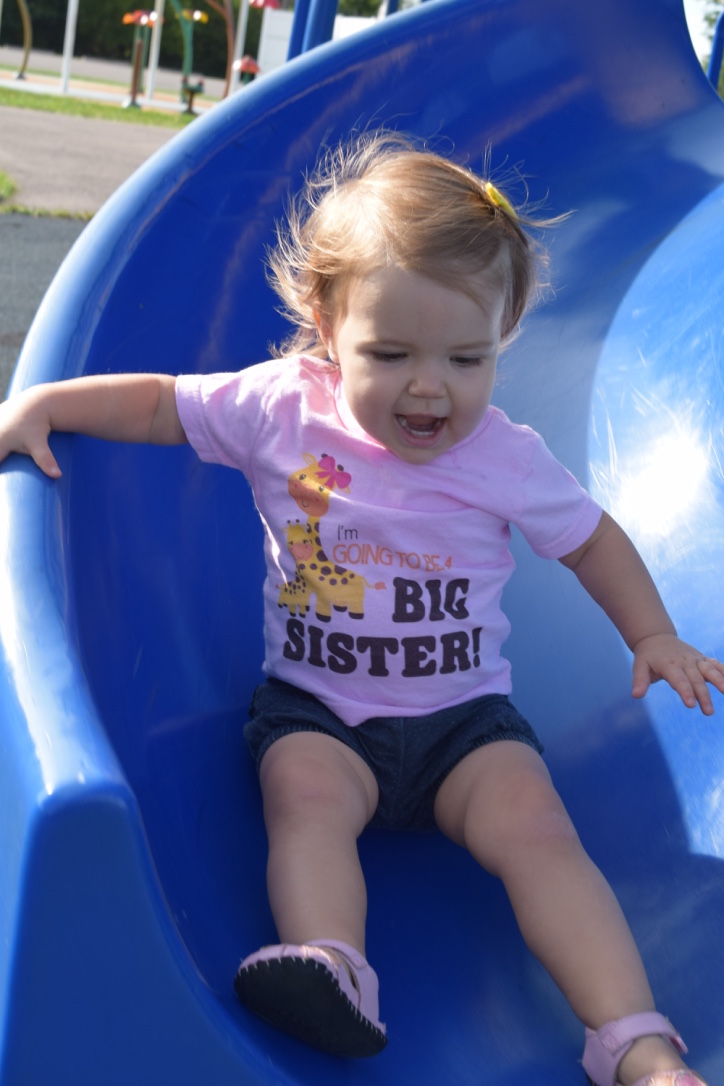 Here we are this past Friday. I know some people aren’t down with sharing a lot about their pregnancies. I am not one of those people! Buckle up and enjoy the photo ride! 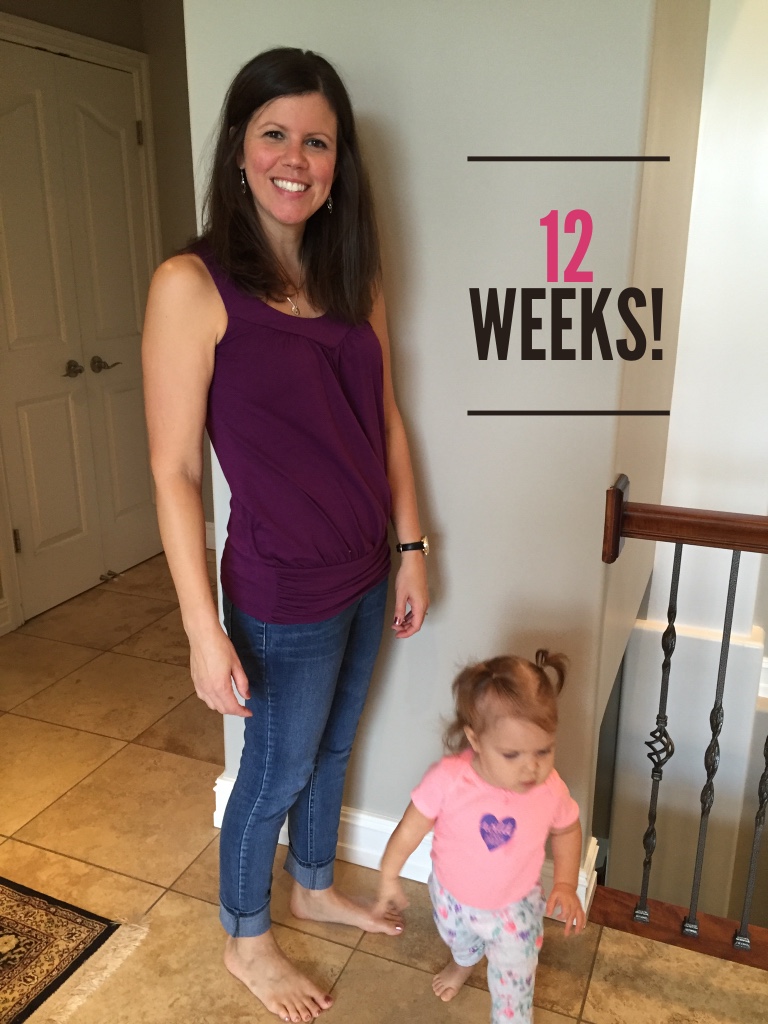 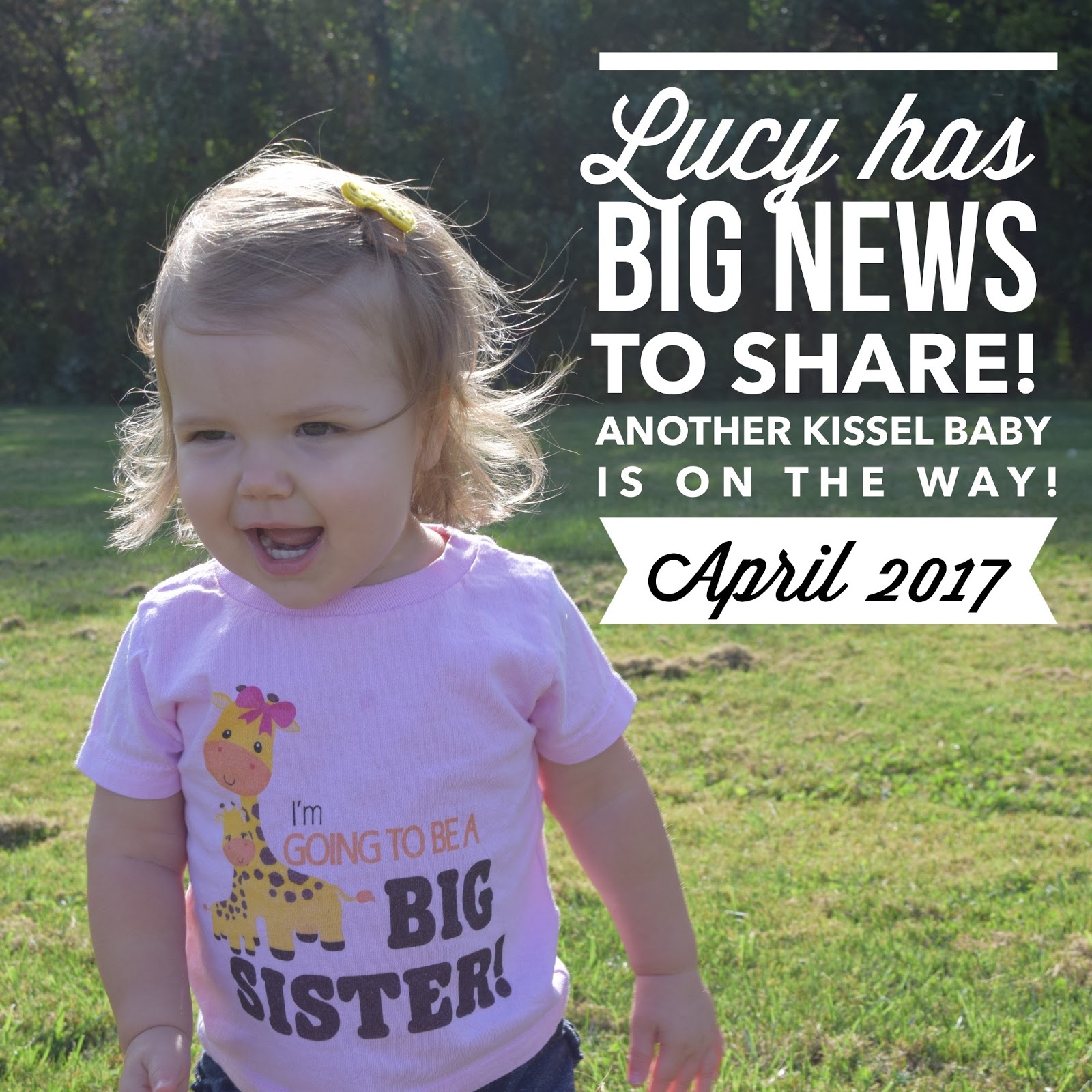 So that’s our big news! Not bad, right?! Lots of changes and decisions in the coming months. But perhaps the most important . . . what am I going to call the blog once the new baby comes?? It won’t just be life with Lucy Belle anymore!! Not only do I have to name the baby, but I also have to rename our little slice of the Internet! Feel free to toss out some suggestions . . . for the baby or the blog!
XOXO