I saw this recipe on Pinterest, and knew I had to squeeze in one last zucchini recipe of the summer. I’ve made regular zucchini bread, I’ve made chocolate zucchini bread, but I’ve never made a lemon zucchini bread before . . . and this recipe sounded delish!
Here are the necessary ingredients. The original recipe calls for cake flour which, for some odd reason, I happened to have in the pantry. Regular flour will work just fine too. 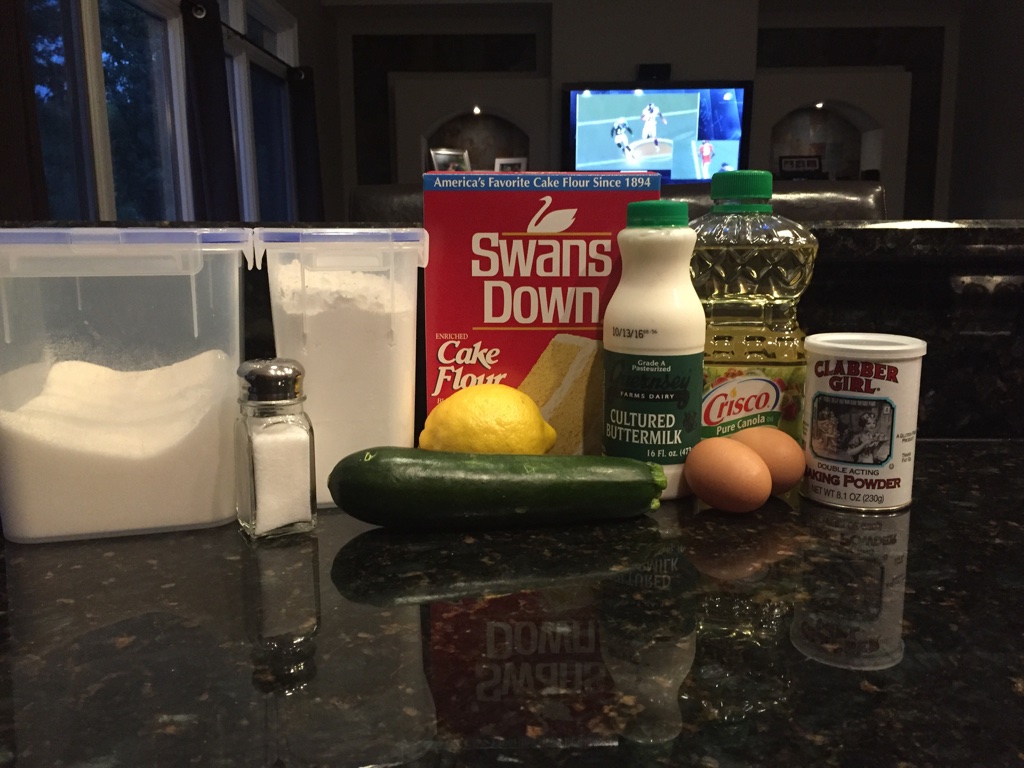 If you have a handsome hubby to be your sous chef . . . all the better! Thanks to Matty for shredding the zucchini and zesting the lemon! 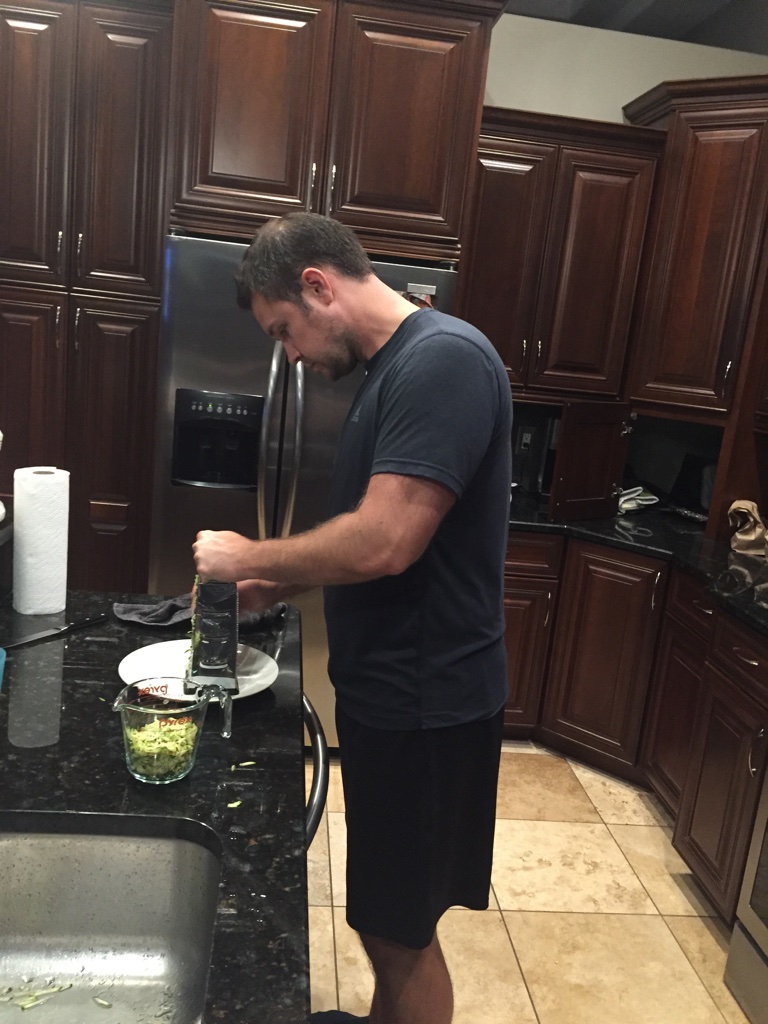 I didn’t take any pictures of the actual process . . .it’s all pretty straightforward. After the bread came out of the oven, I let it sit in the pan for about 10 minutes and then took it out and glazed it. It looked so yummy! 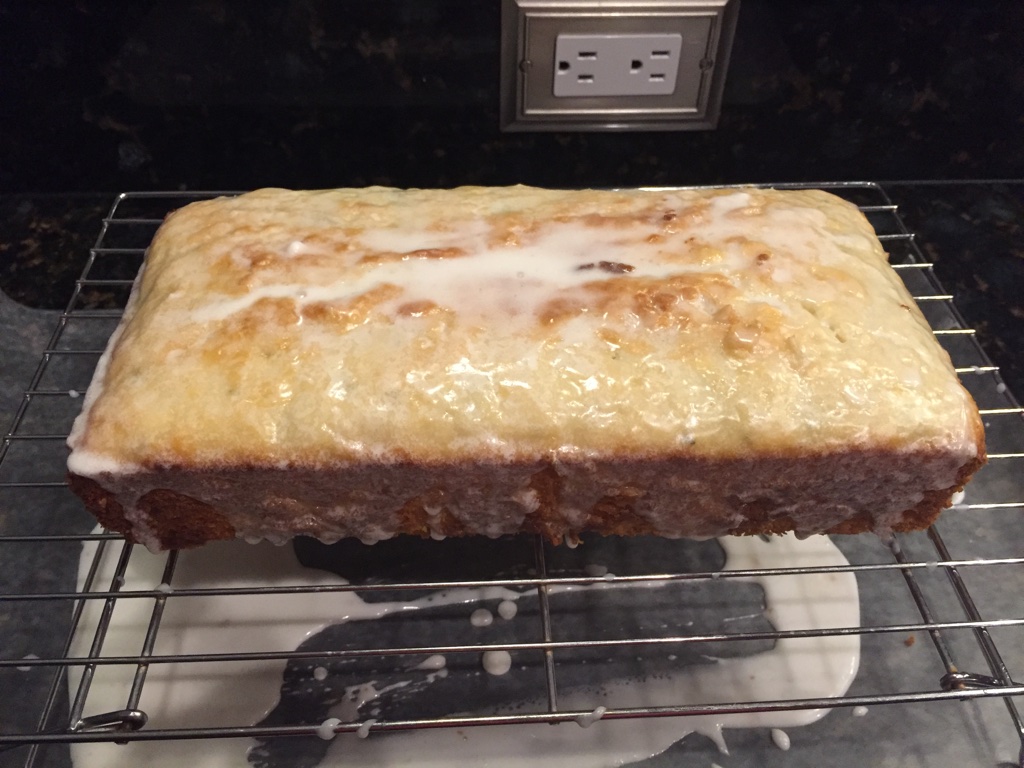 Not sure if he’s happier about the zucchini bread or opening night of NFL football. Either way, he had a good night! 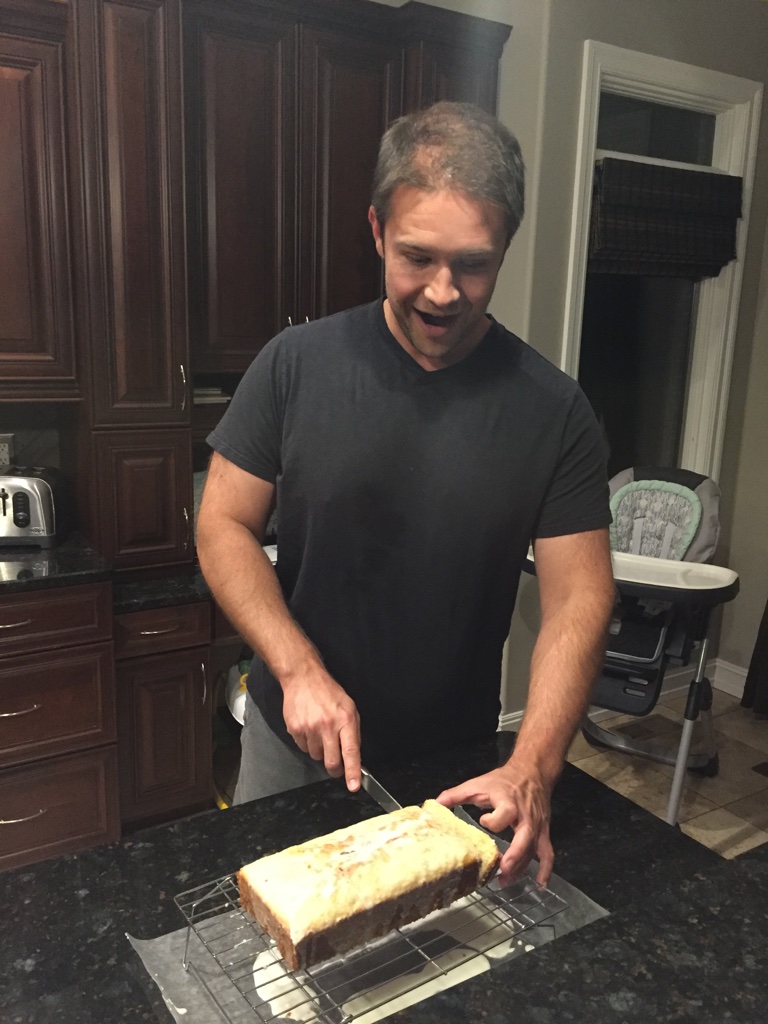 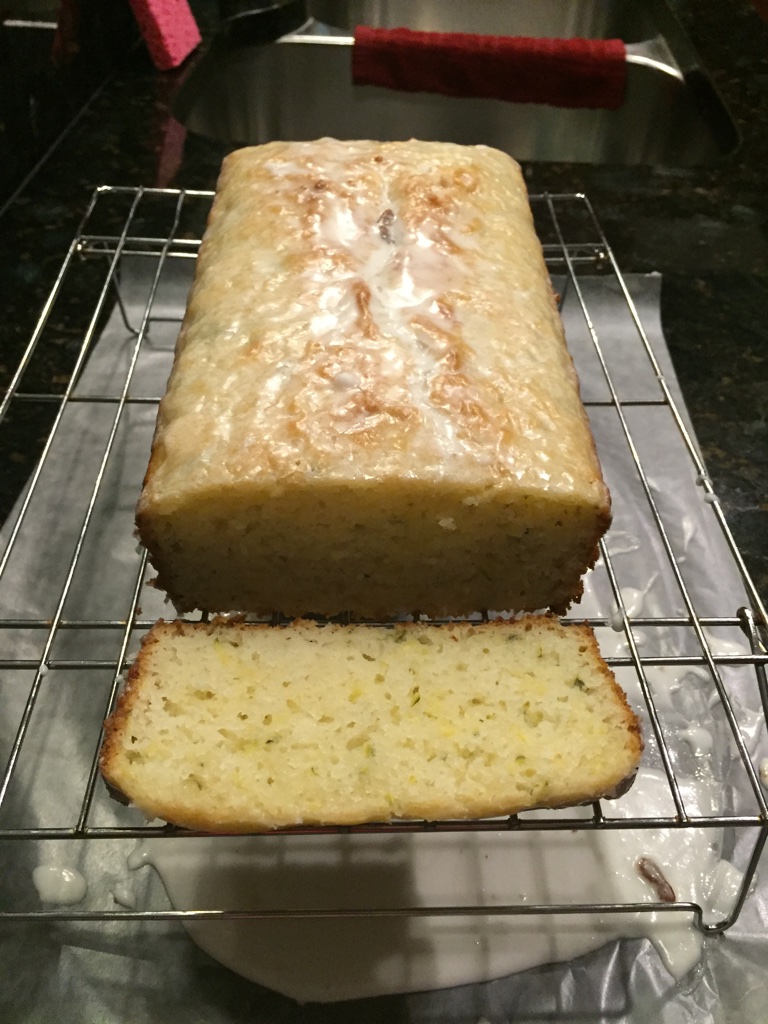 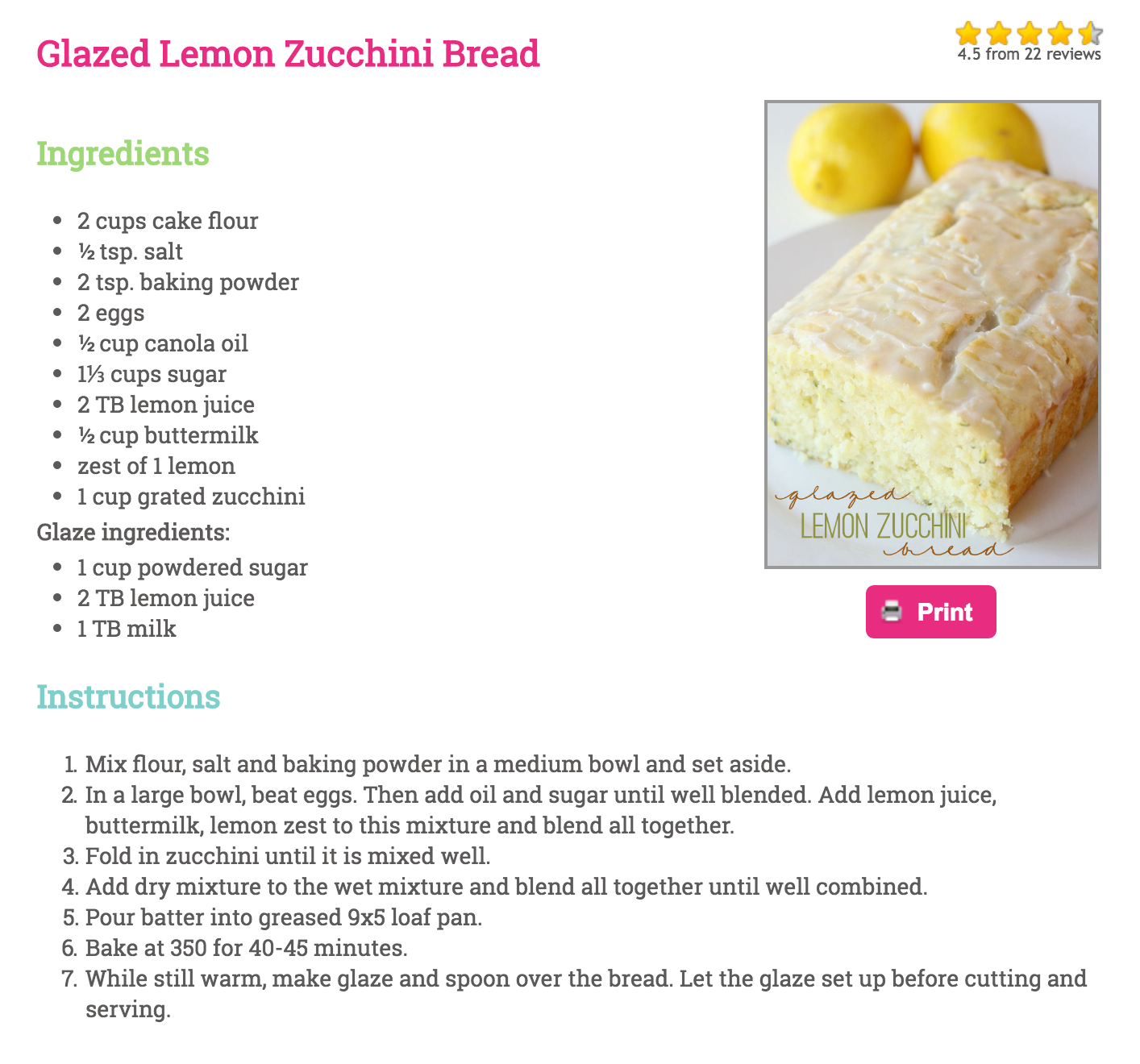 Matty and I thought the bread was super yummy. I tried to give some to Lucy for breakfast the next day, and she did not agree. 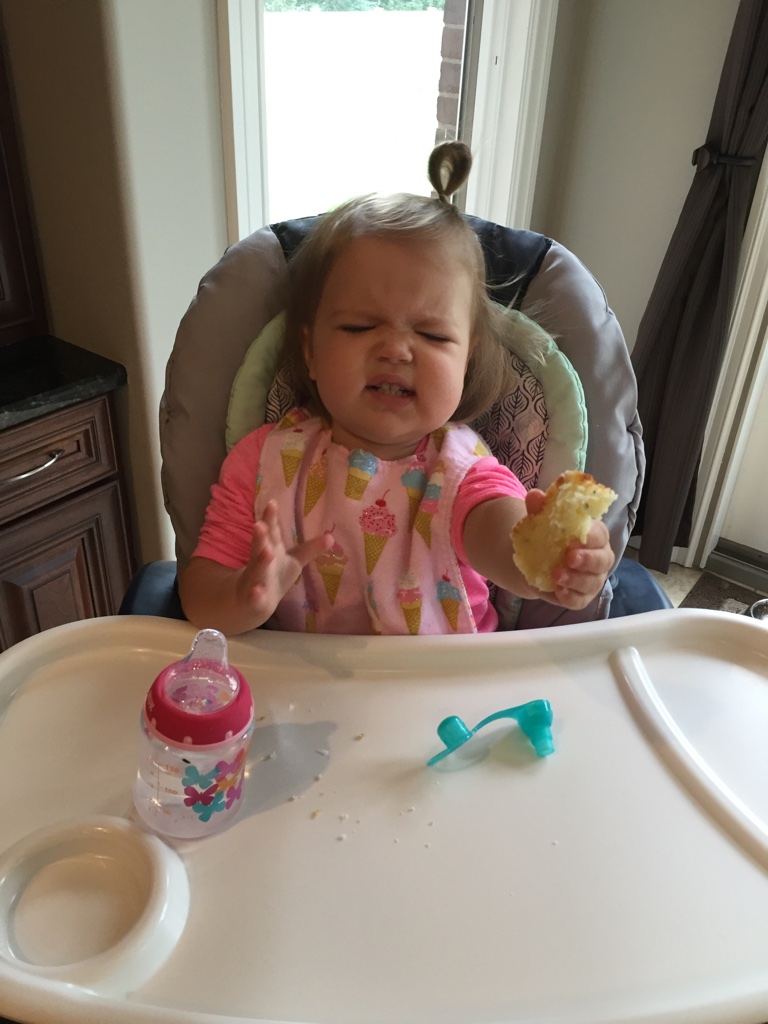 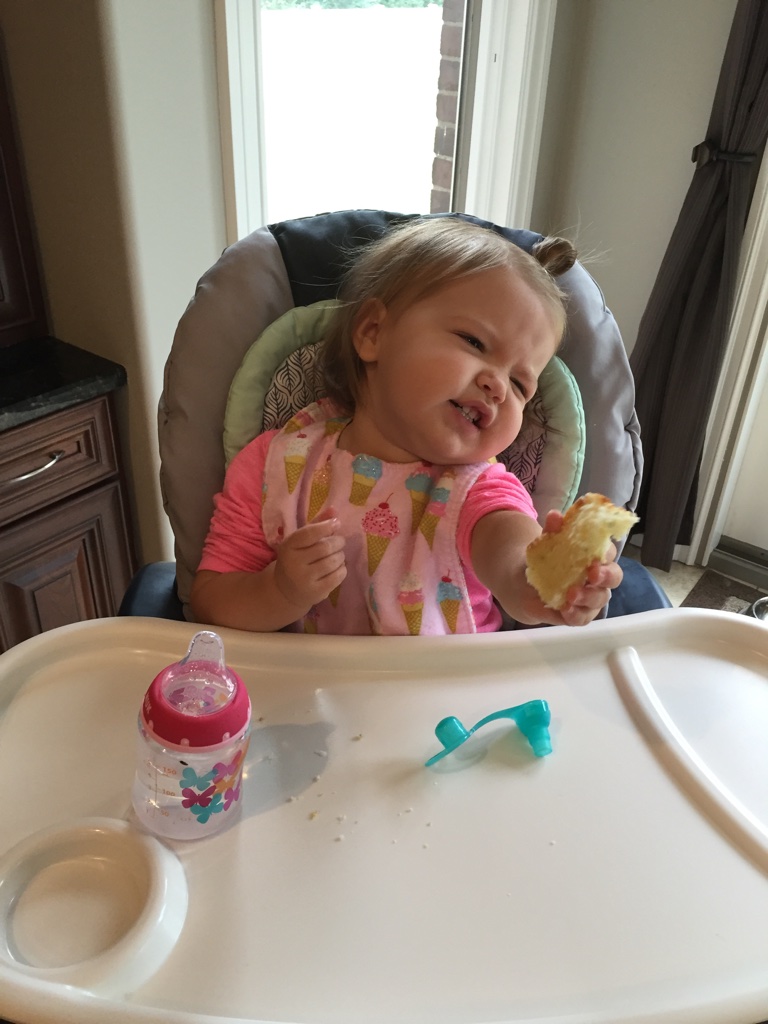 But then later on at dinner, she saw a piece on the counter and asked for some. Apparently she changed her tune. 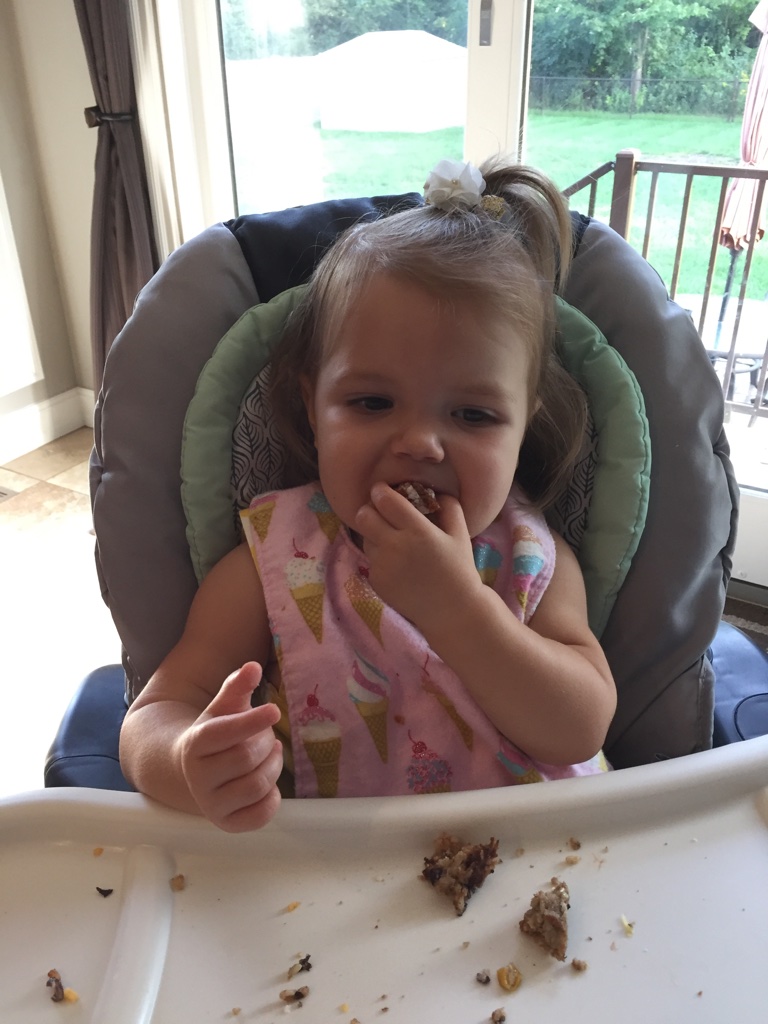 I can officially say the lemon zucchini bread is Lucy Approved! 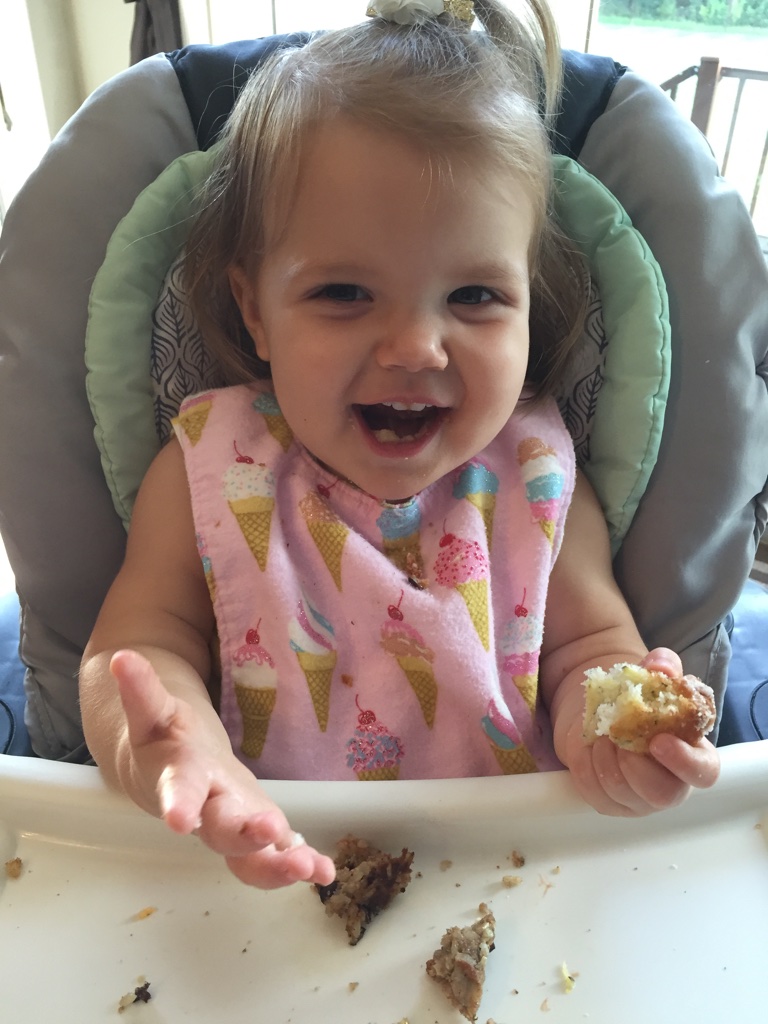