Lucy turned 15 months old on Monday. We celebrated with a trip to the doctor and a photo shoot.
She’s a big girl now and doesn’t need the stroller for the doctor anymore. She can sit in her own chair and watch the Disney movie playing in the waiting room! 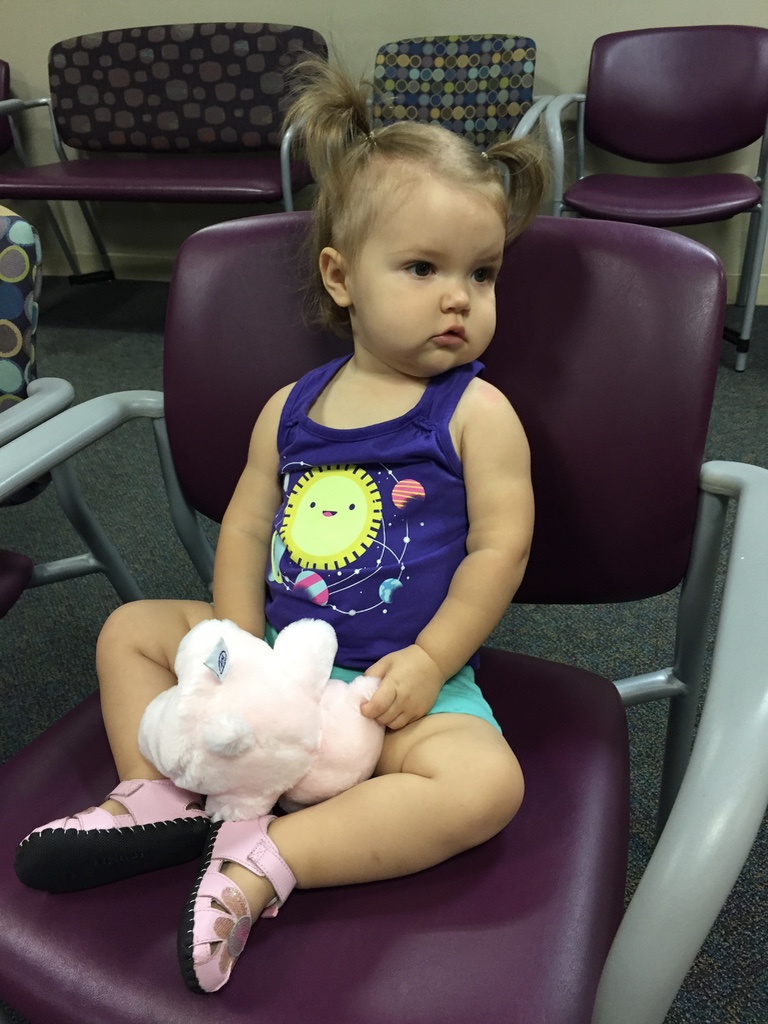 She was super cute with the doctor and demonstrated her ability to wave, pat her head, and showed off her cute little walk. And then they brought out the needles. Three shots and one toe prick, poor baby! 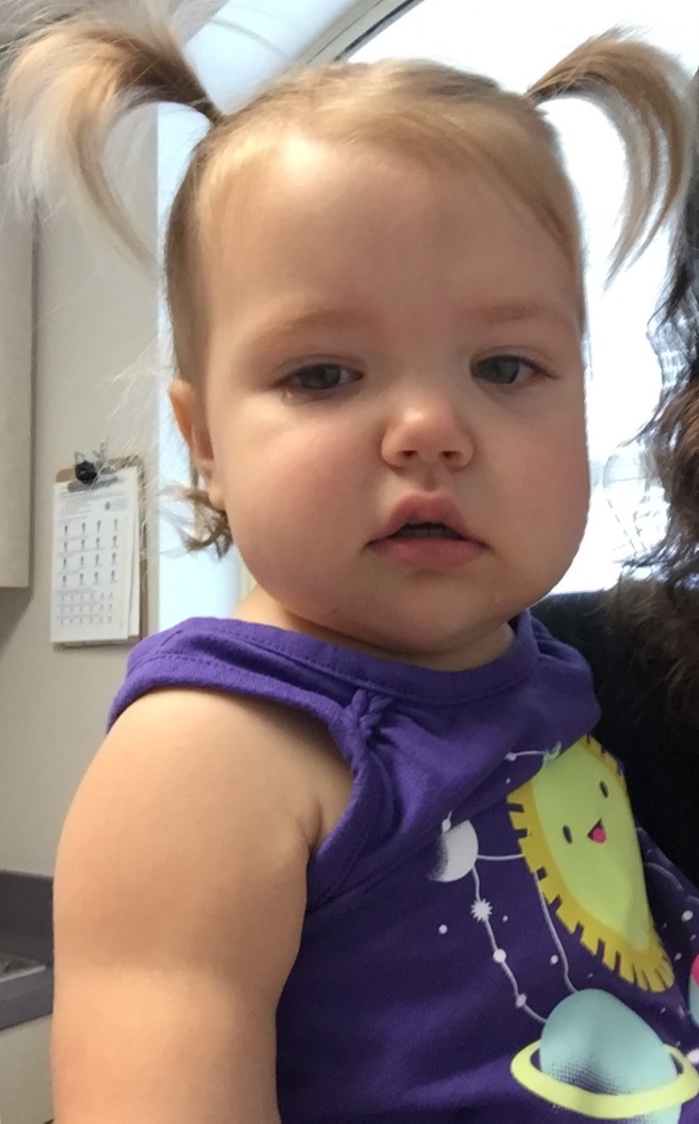 Here’s her 15 month stats:
Weight: 24lbs 1oz (84th percentile)
Height: 33.75″ (off the charts!)
Head: 47cm (90th percentile . . . she gets it from her daddy)
Cuteness: off the charts! Duh!
We went to the park and did a little photo shoot in Lucy’s fancy flamingo romper. It’s much easier with two adults, but due to Matty’s busy schedule I attempted to do it alone. It was comical to watch, I’m sure. A special thanks to the City of Canton workers who were cutting the grass in the park and cruised by and said they’d come back in ten minutes!
Here’s a sampling of her super cute pictures. It’s a shame she doesn’t have much personality! 😉 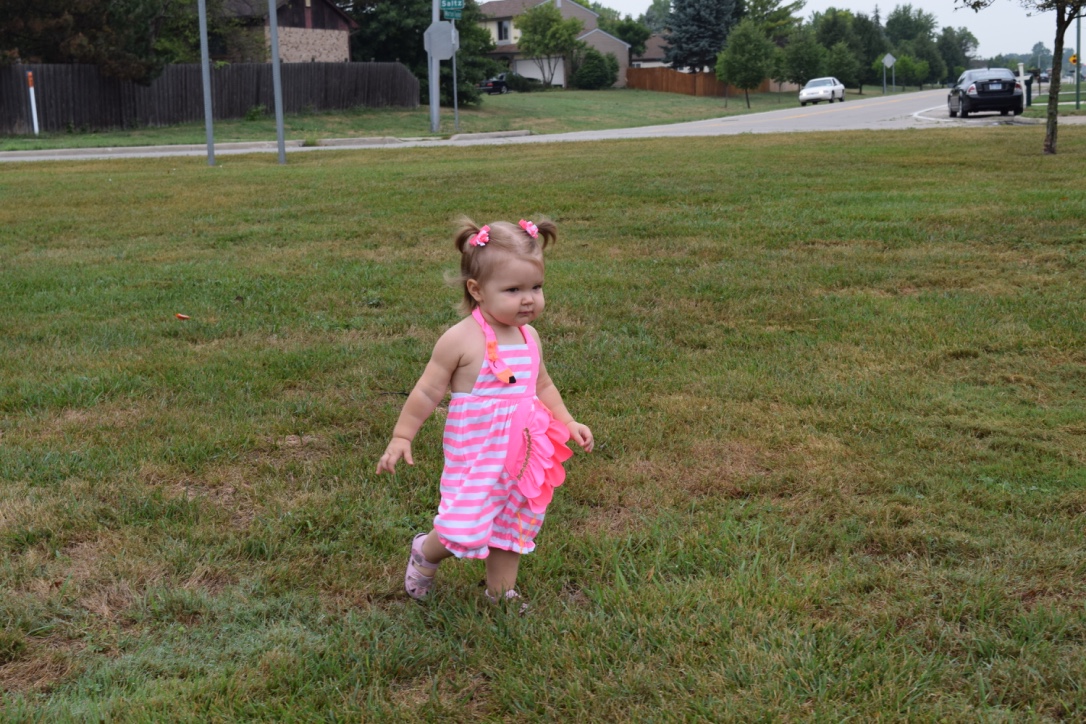 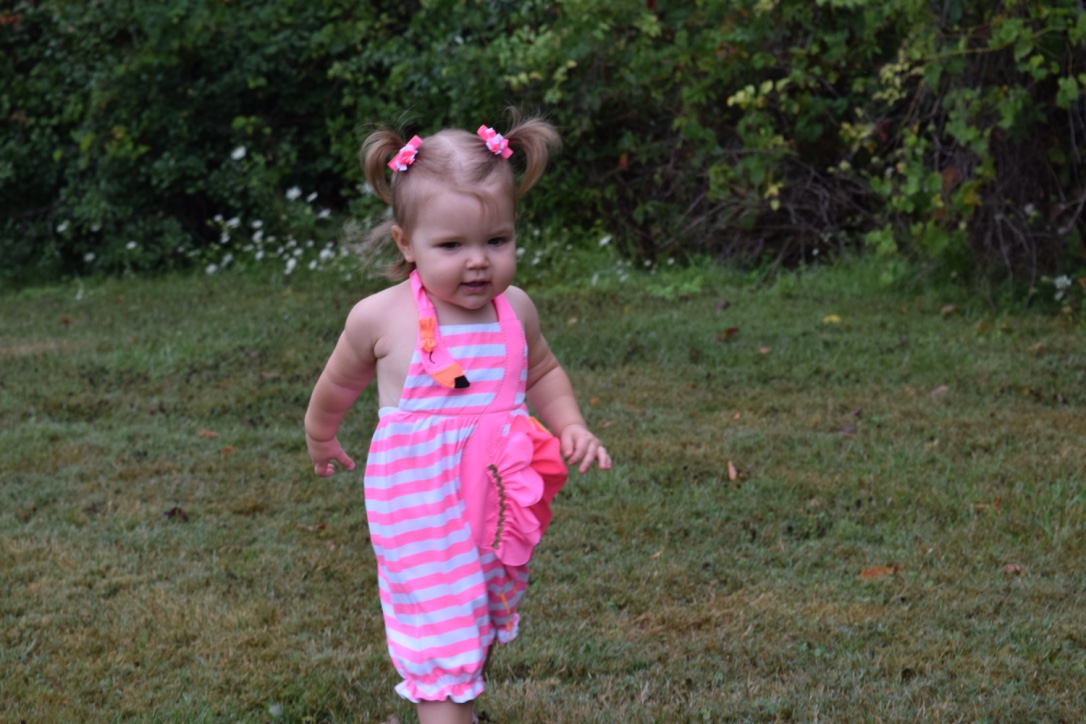 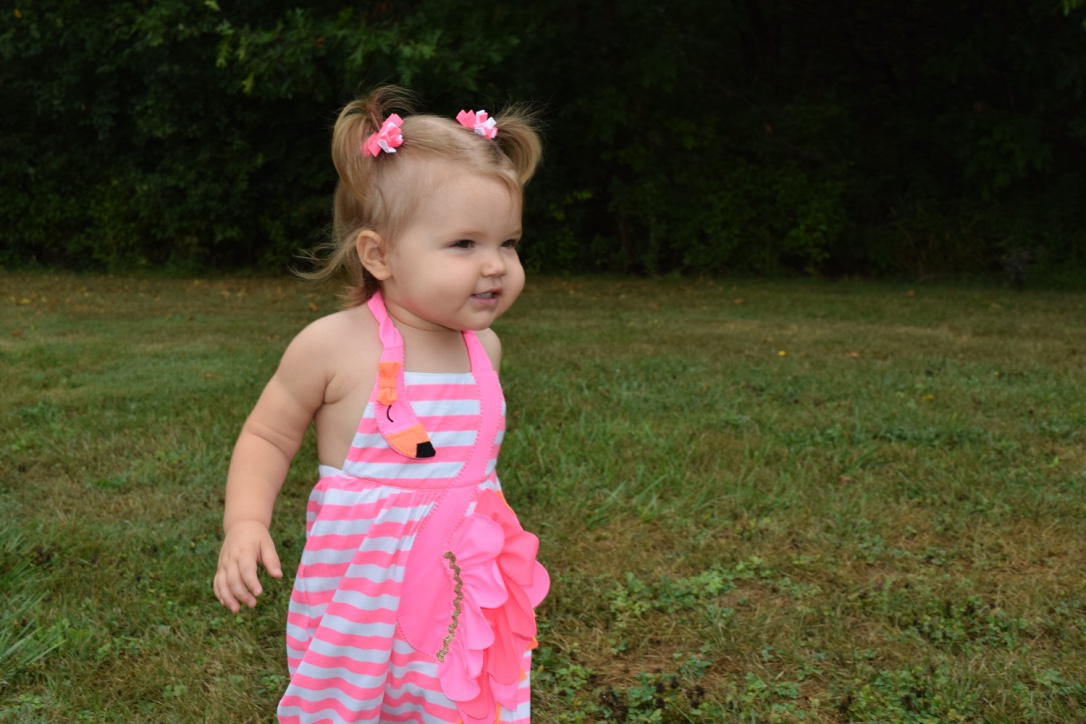 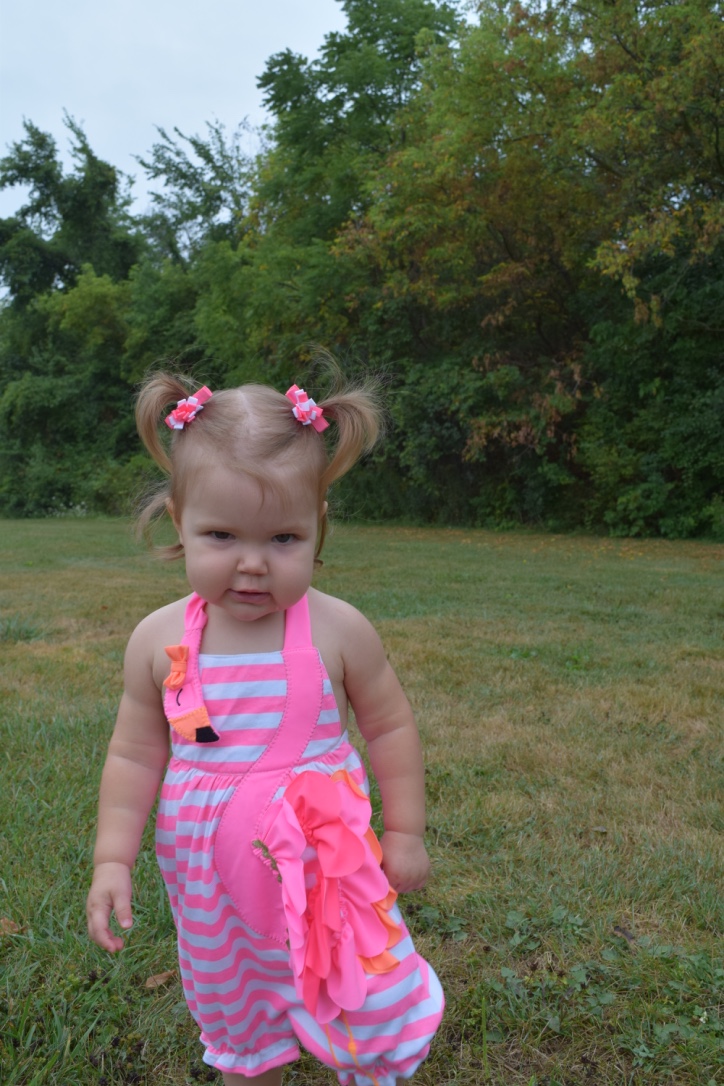 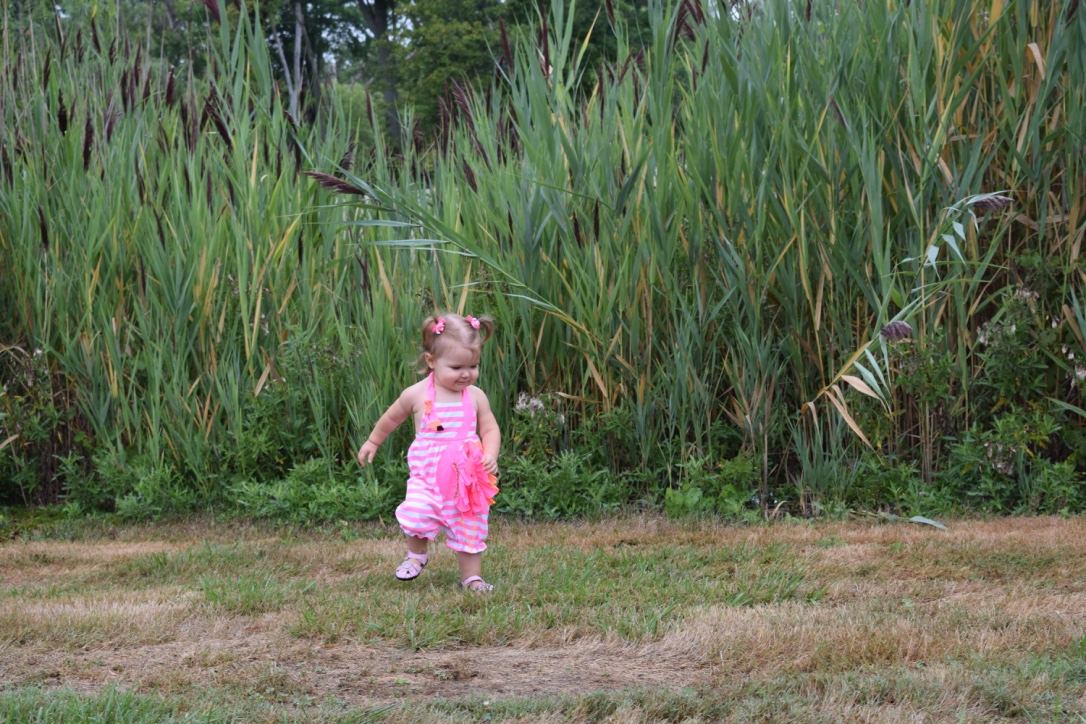 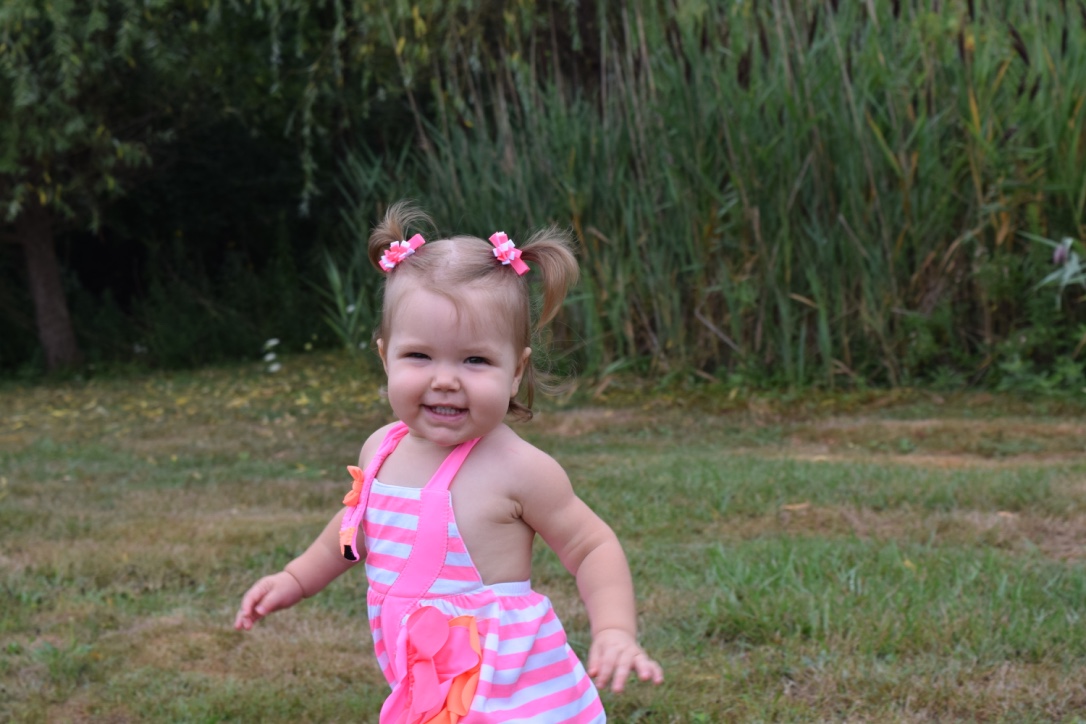 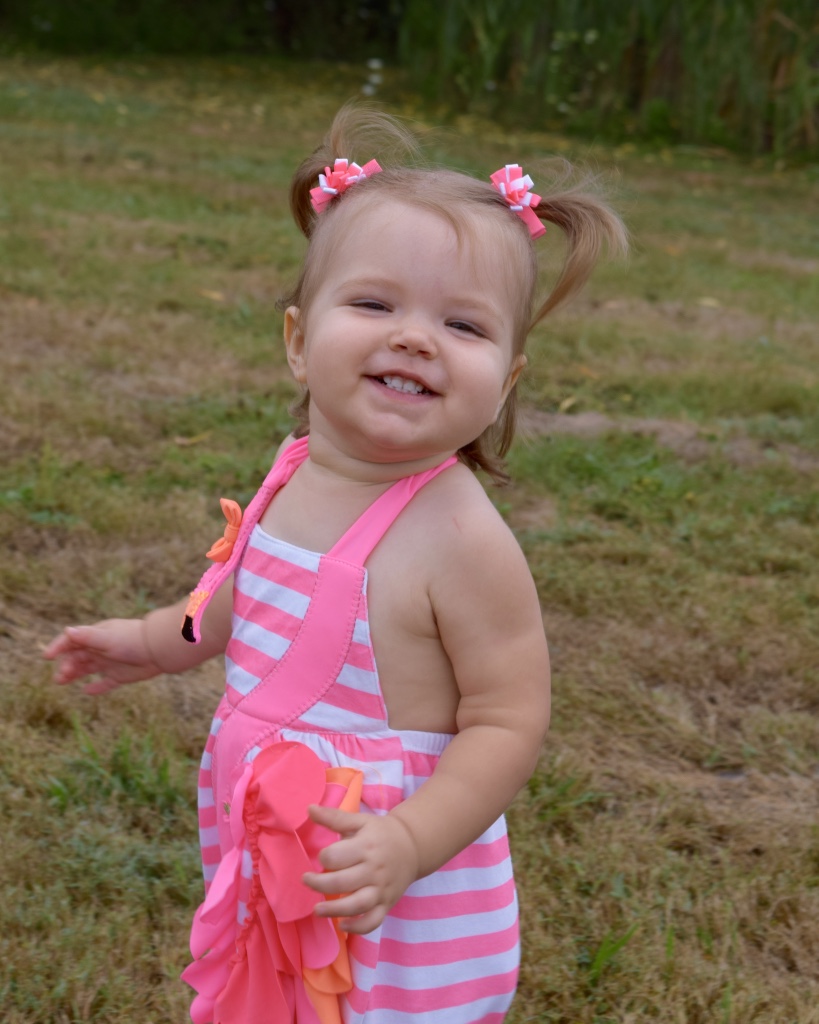 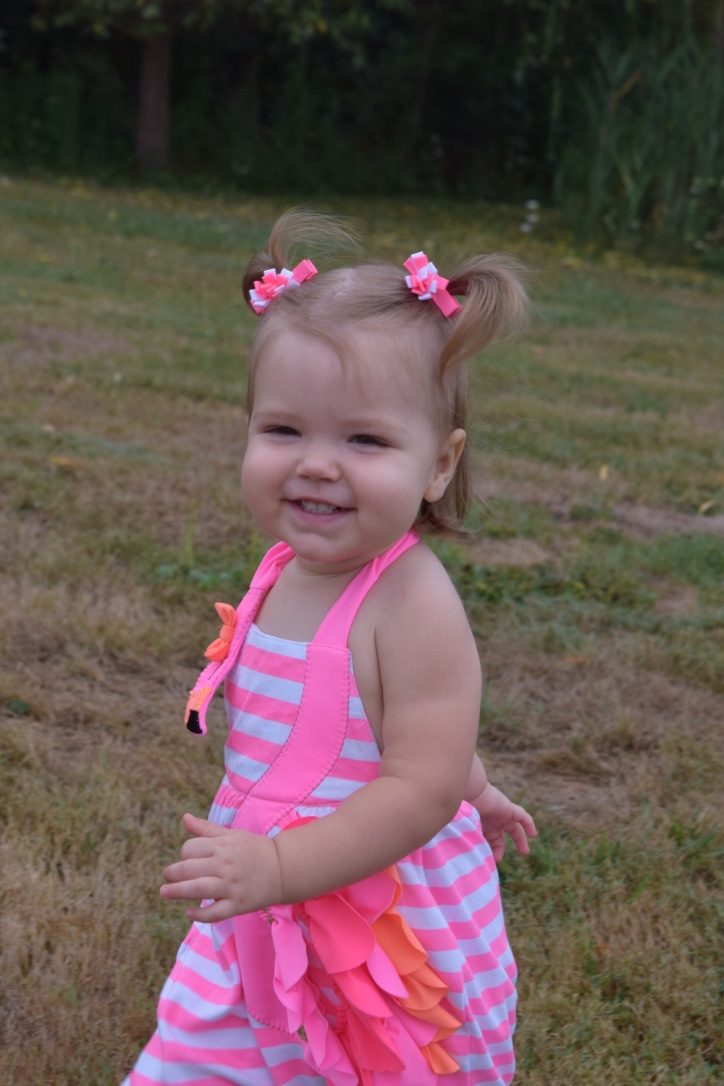 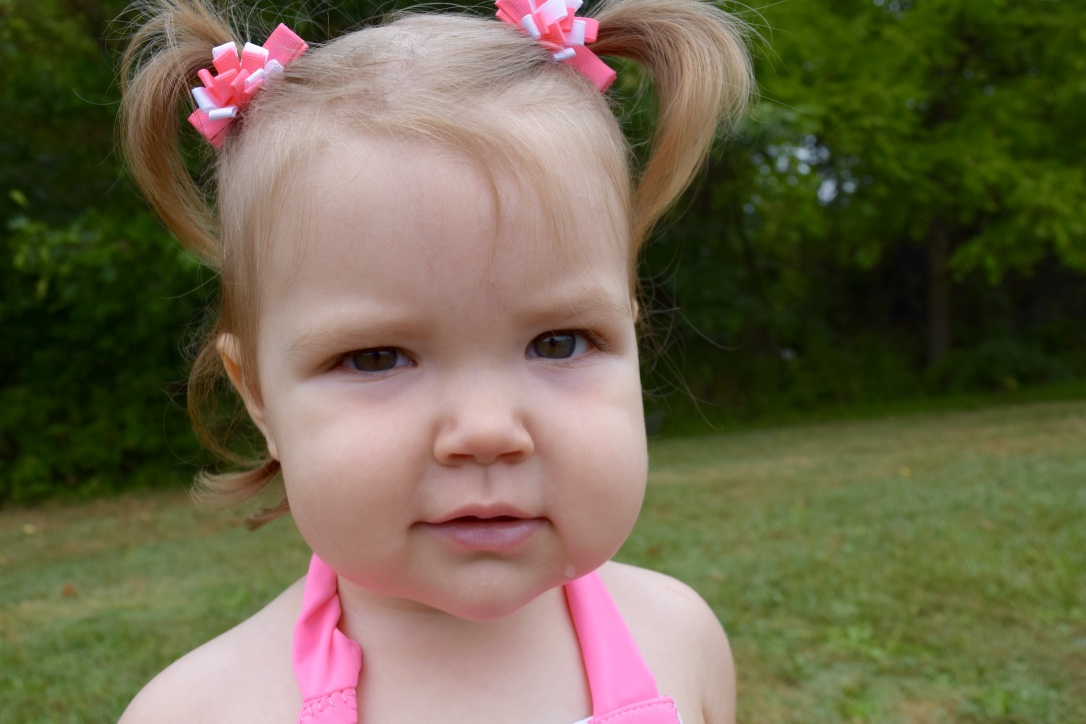