We made another trek to the cottage this weekend, and Lucy was just as wonderful as she was over 4th of July! The weather wasn’t fantastic, but it wasn’t terrible either. We had lots of fun with Grandma Ri, Uncle Brian, Aunt Sarah, and Tommy. Here’s how it all played out . . .
Lucy was very helpful when we were packing Thursday afternoon. 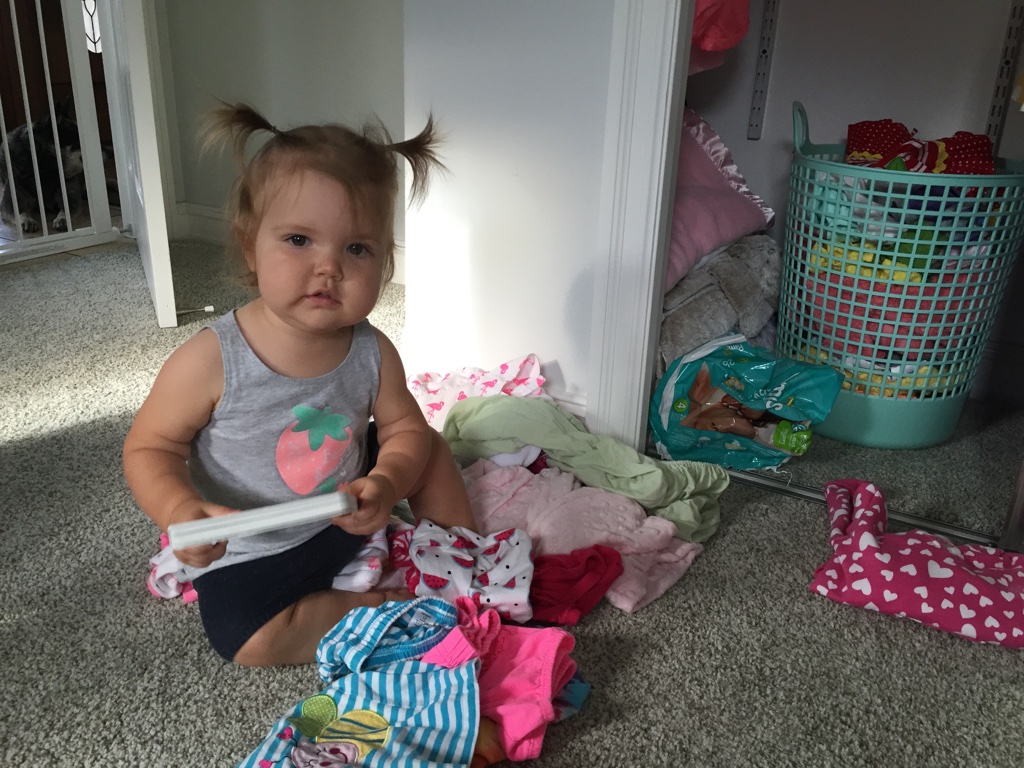 She took a nice little snooze on the drive up on Friday morning. 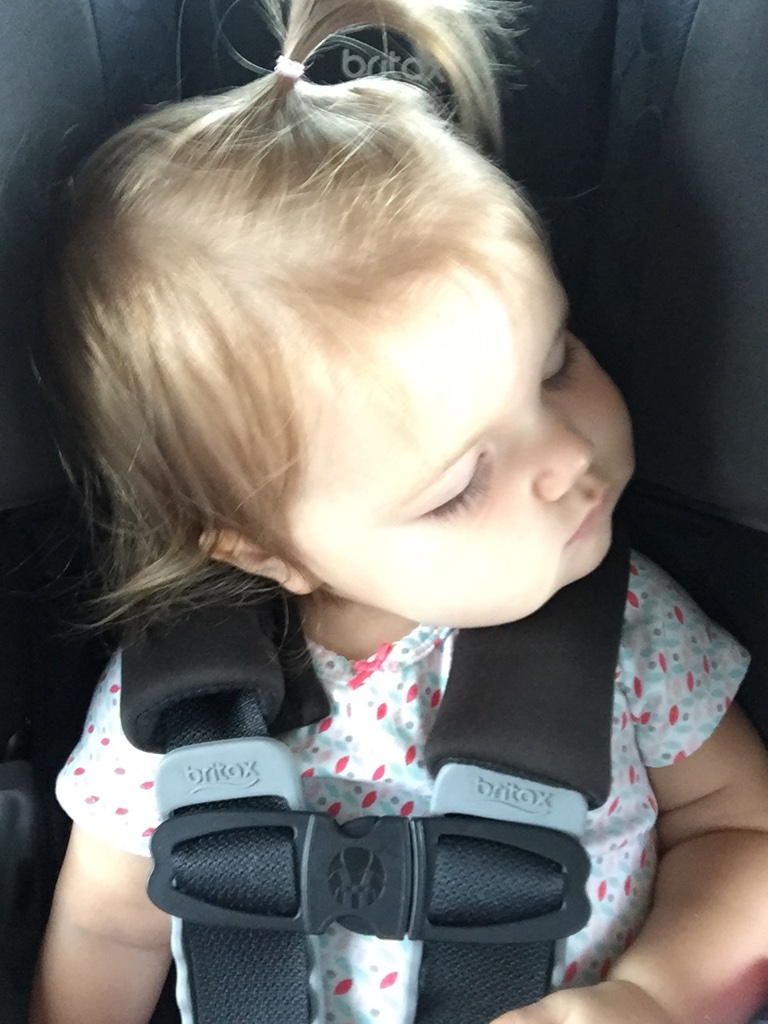 Matty has been living a no sugar and no grain lifestyle for the past few months. He’s been super diligent about it, but every once in a while he splurges. He decided to stop for Taco Bell on the way to the lake, and he was in heaven! Usually he’ll drive and eat at the same time, but on Friday I had to drive so he could fully enjoy his Taco Bell experience. I totally get it. I like to focus up when I’m eating cookie dough . . .or brownie batter . . . or pizza. You get the idea! #dontbotherme 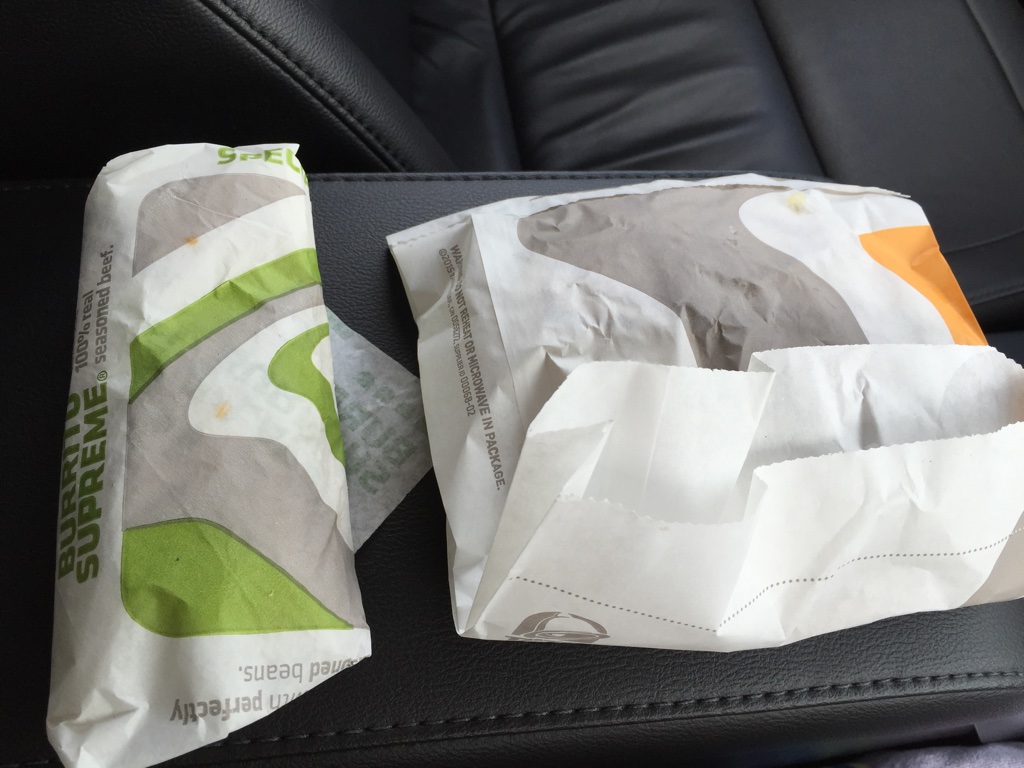 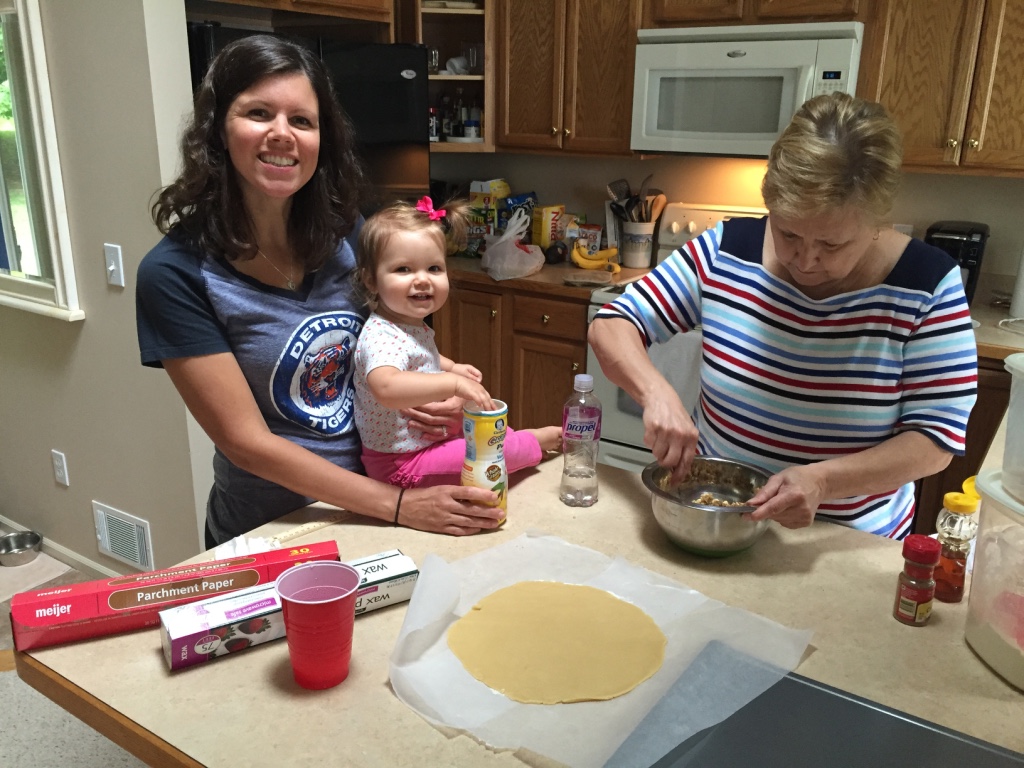 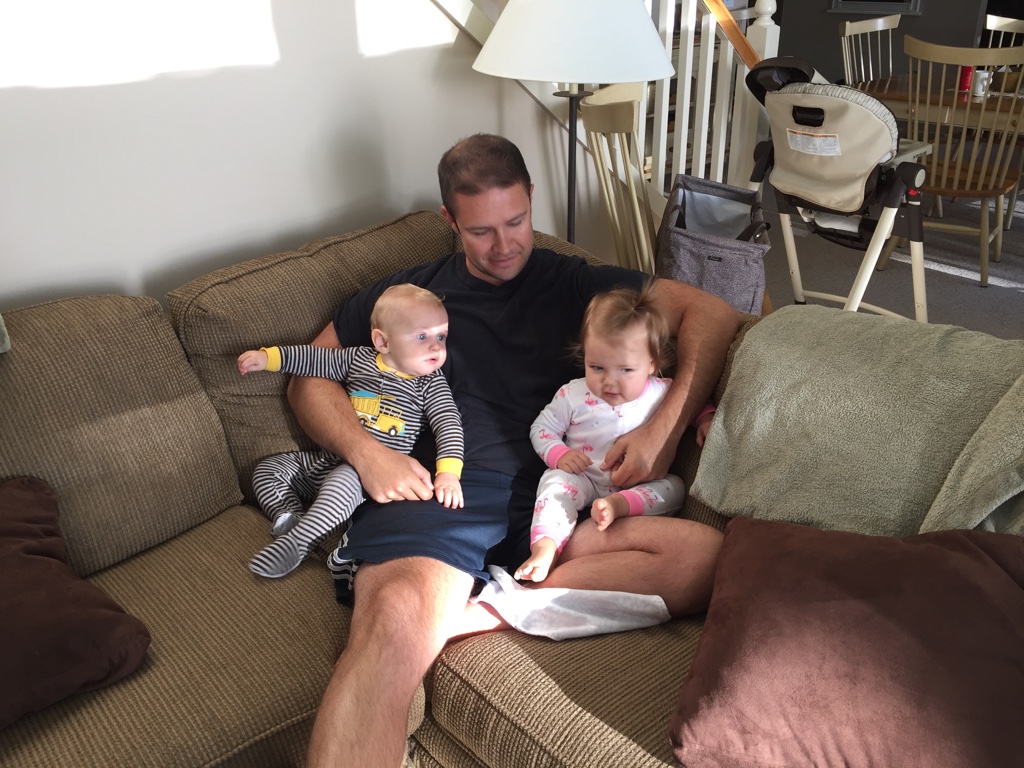 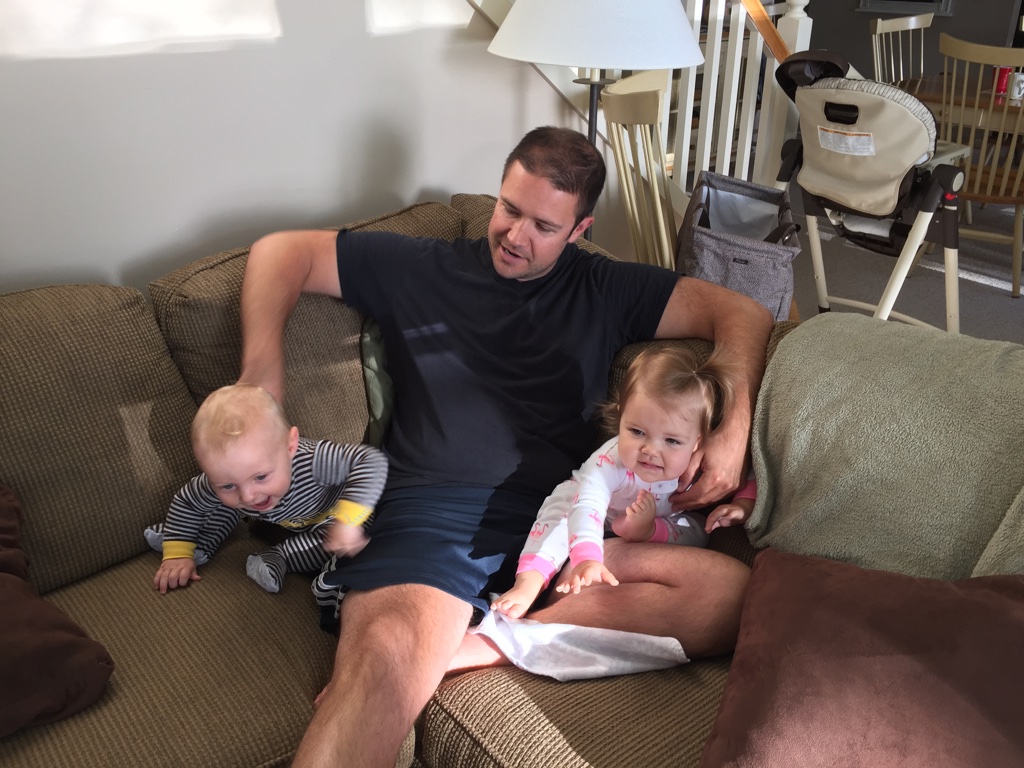 Lucy has finally figured out how to get on this little car by herself. She’s still working on figuring out how to actually move on it. 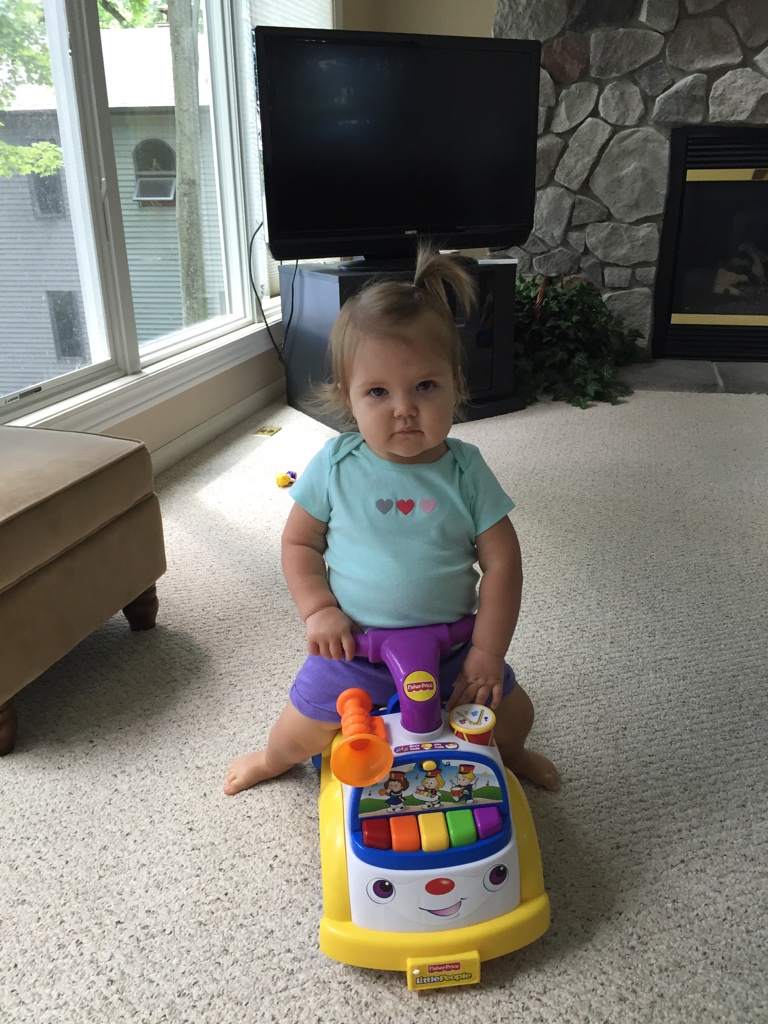 Enjoying a new snack that Aunt Sarah bought. Nibbly Fingers for the win! 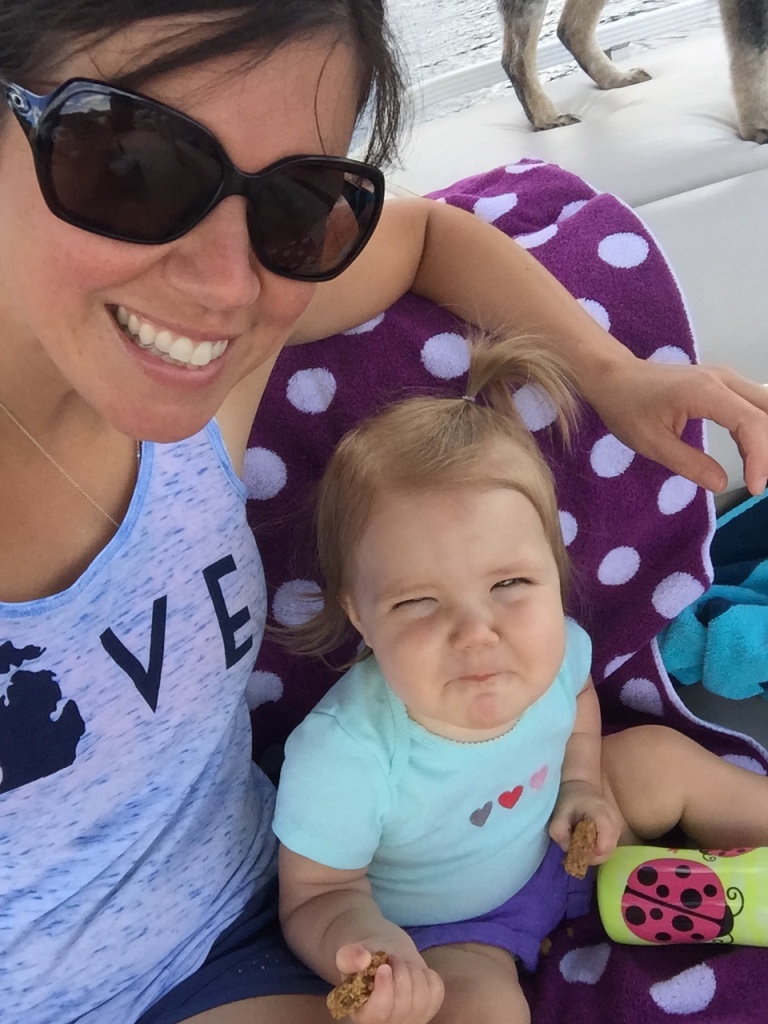 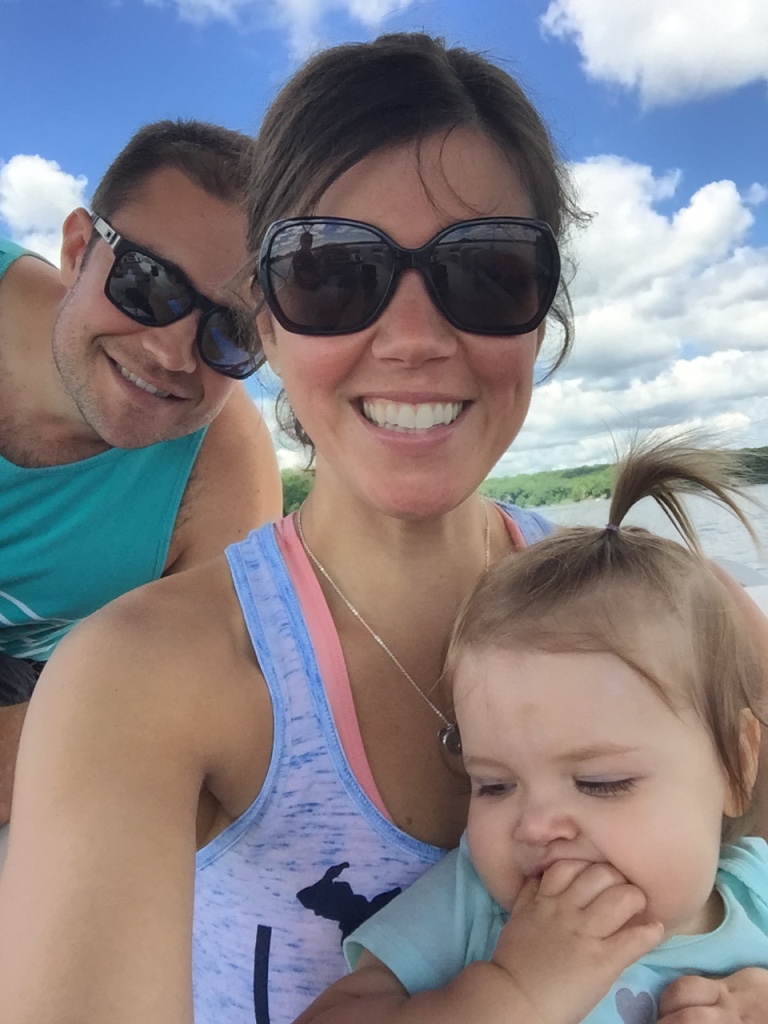 Saturday was the nicest day of the weekend. However, neither Lucy nor I felt the need to put on our bathing suits because it was still a little chilly when the wind blew. The water at the island was very comfortable to walk around in, though. 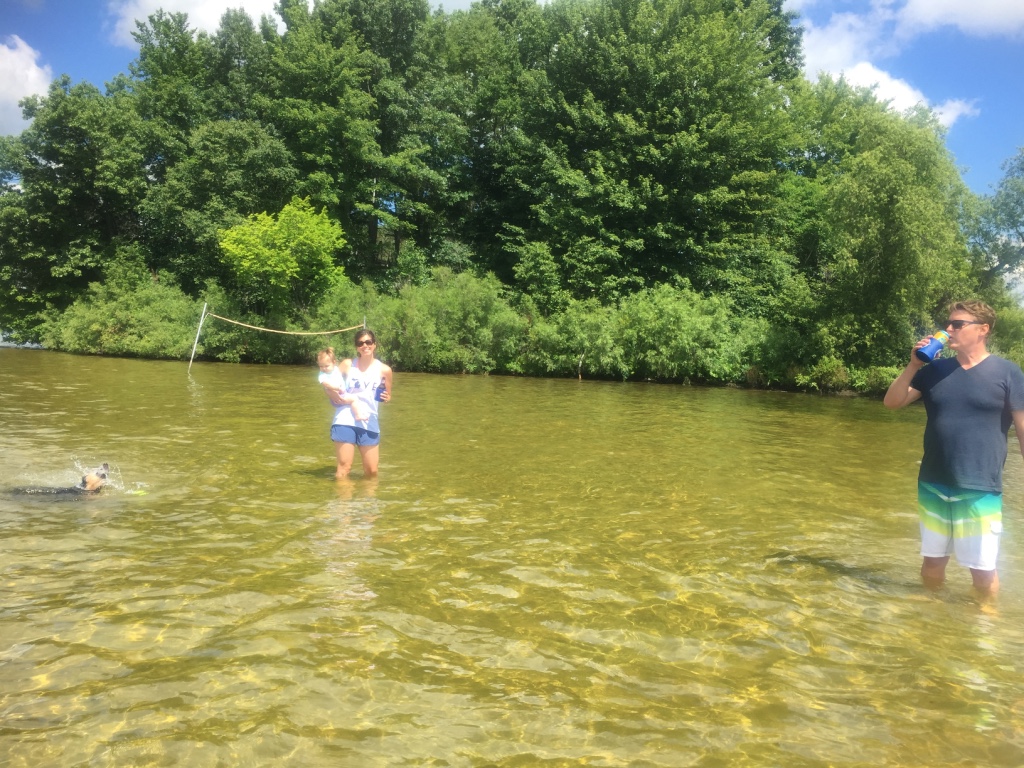 During lunchtime we noticed a big crowd of people at a cottage a little ways away from us. I pulled out the binoculars and it turns out there was a wedding going on! Here’s Rita taking her turn to watch. Brian played Pachelbel’s Canon so that we could get in the spirit of things, and when it was done all the boats started honking their horns and we cheered. A lot of excitement for our quiet little lake. 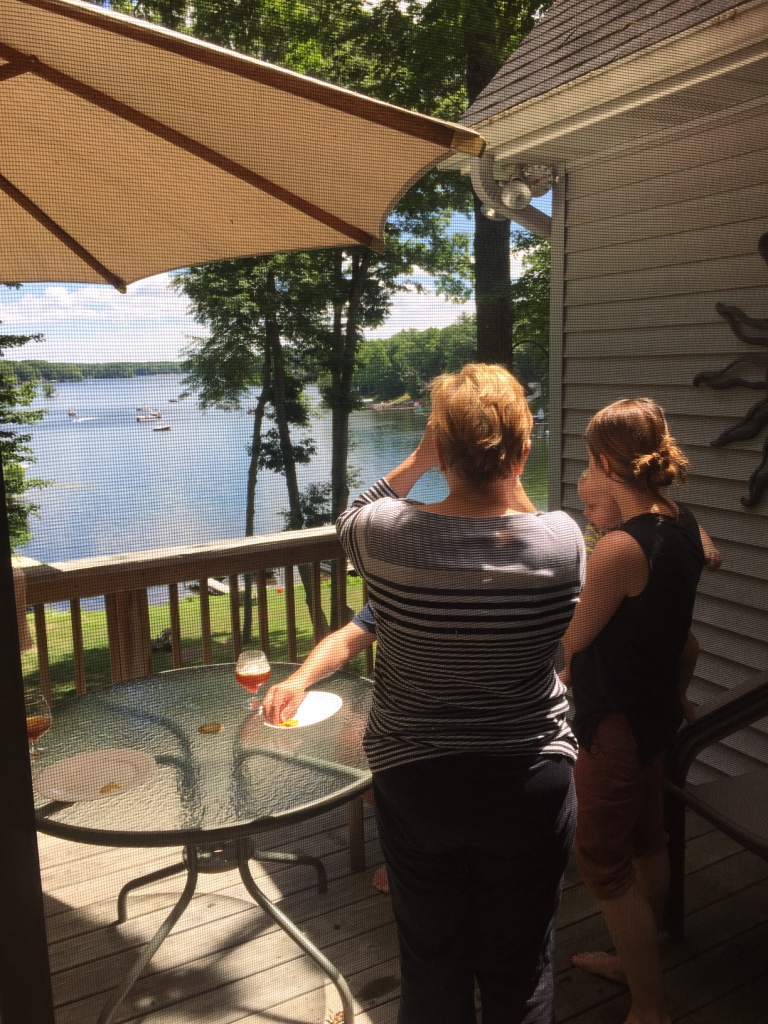 Lucy’s new watermelon hat is too much to handle! 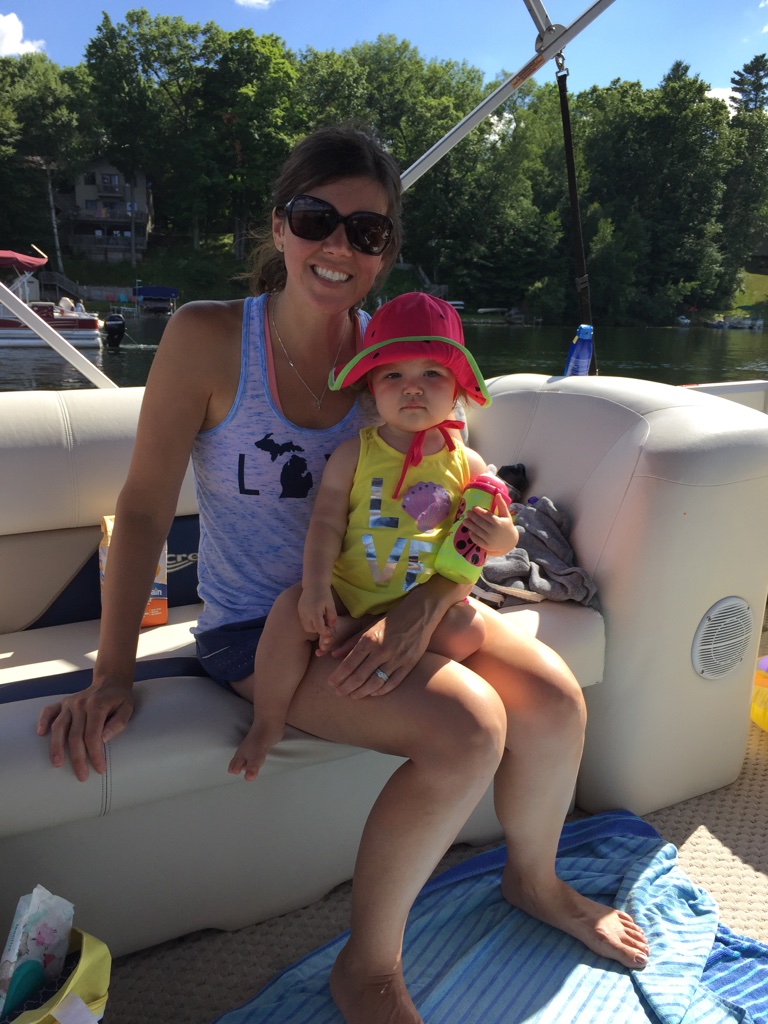 On Sunday morning Lucy chose her empty bottle and a bear stuffed animal as her treasures. She was prancing around the house with them and was so cute! 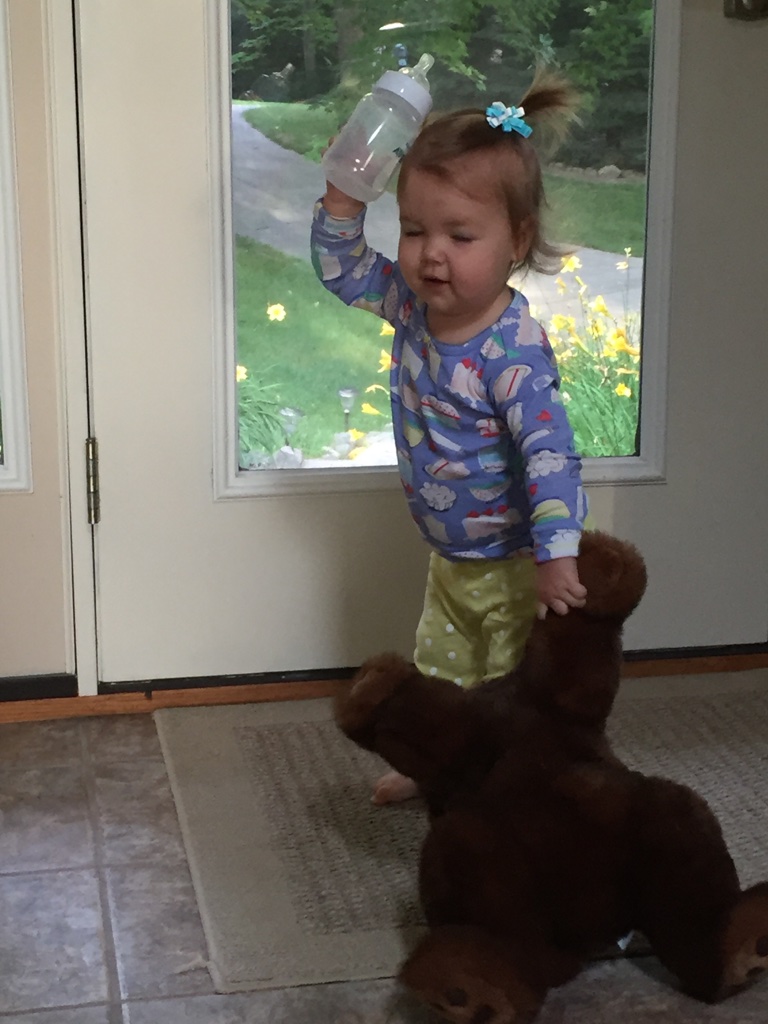 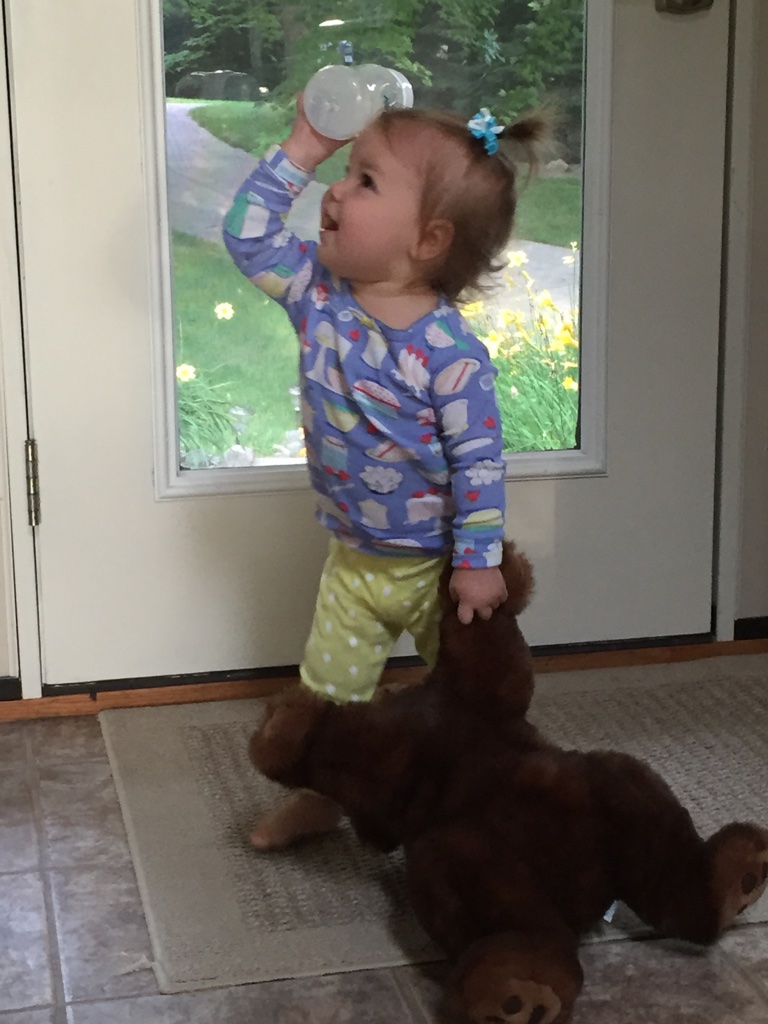 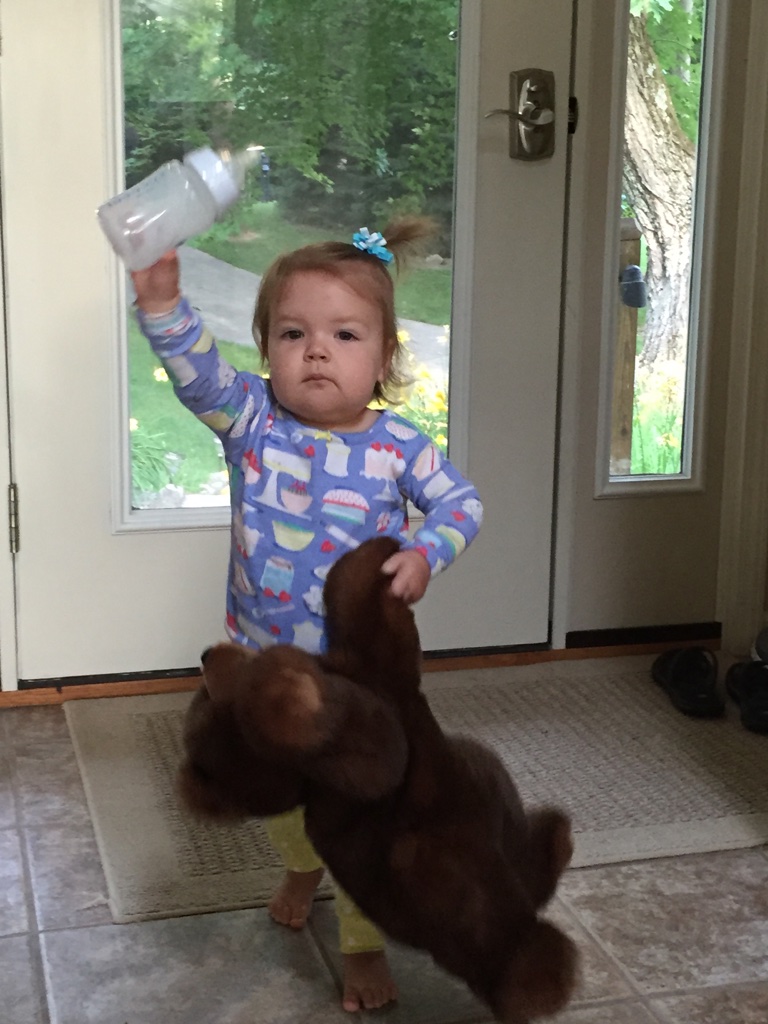 Sunday morning was cloudy and cool. The babies were napping, Rita was reading, Matty and Brian went for a boat ride, Sarah made us all look bad by going for a run, and me? I followed Sydney’s lead and took a little snooze. It was fantastic! 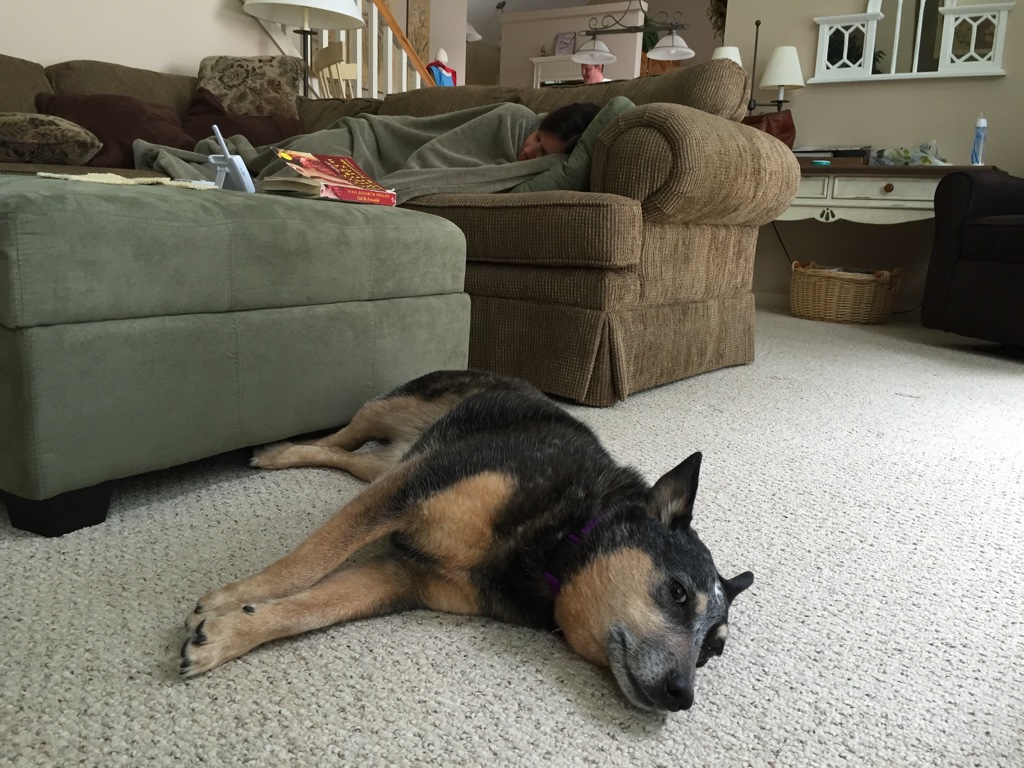 We left at nap time Sunday afternoon so that Lucy could sleep in the car. She stayed awake and jibber jabbered the entire two and a half hours home! She also pulled out her ponytail. Look at all that hair! 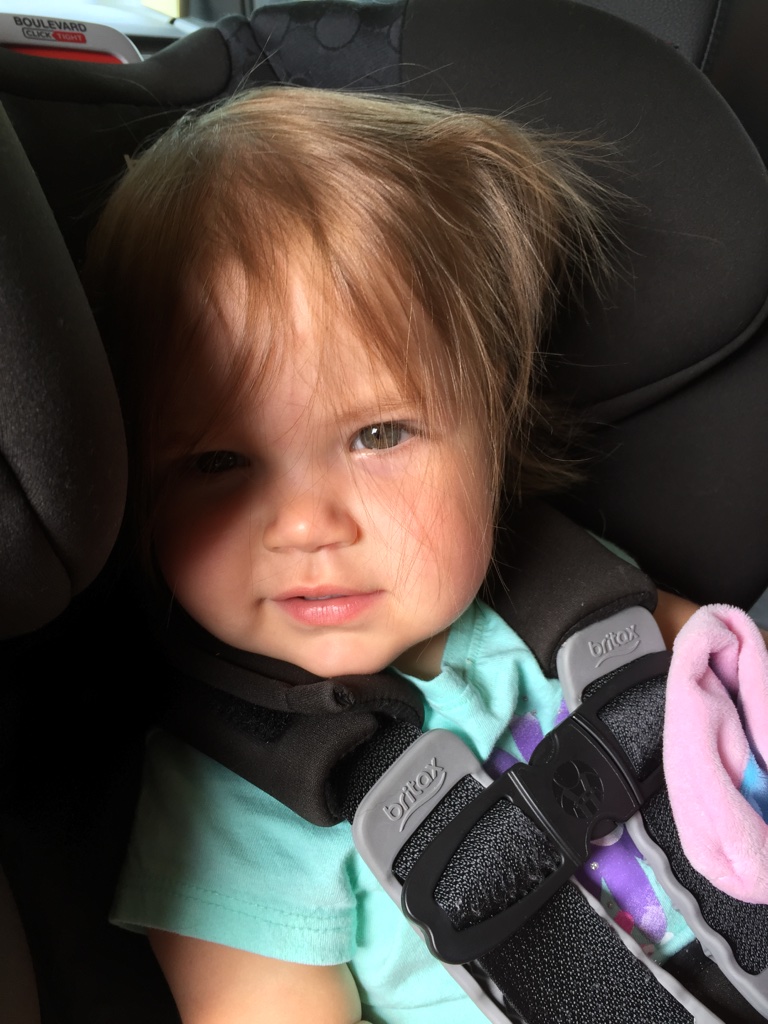 Sunday evening ended with some stories before bath time. 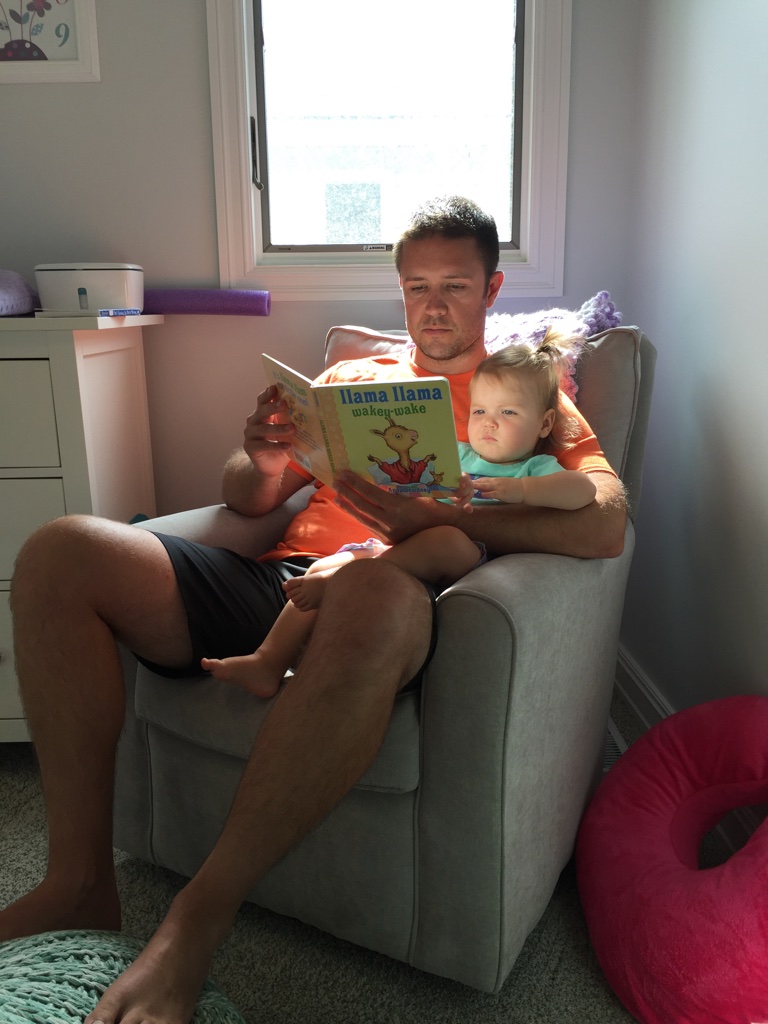 We had a great weekend and hope you did too!
XOXO